Hubert Marot at Until Then / Saint Ouen 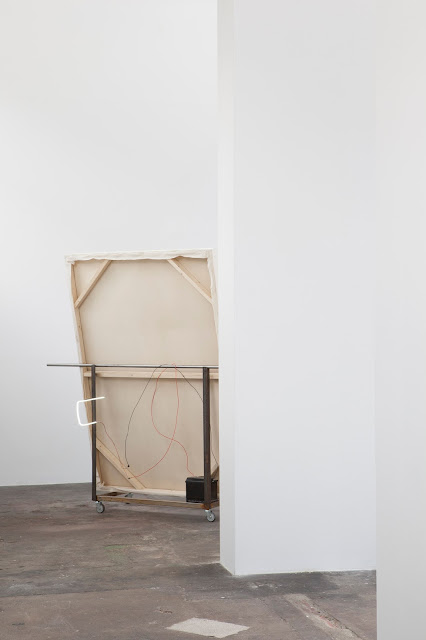 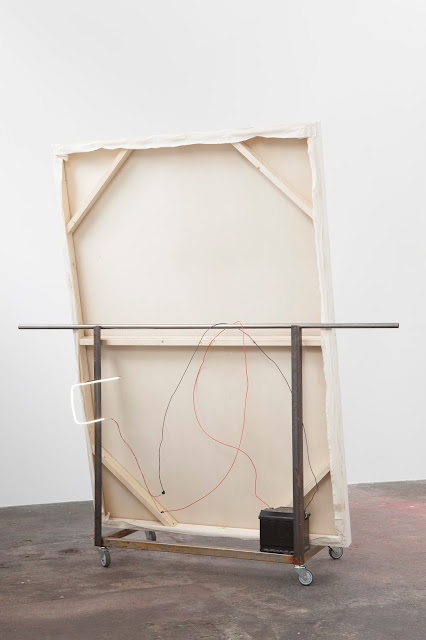 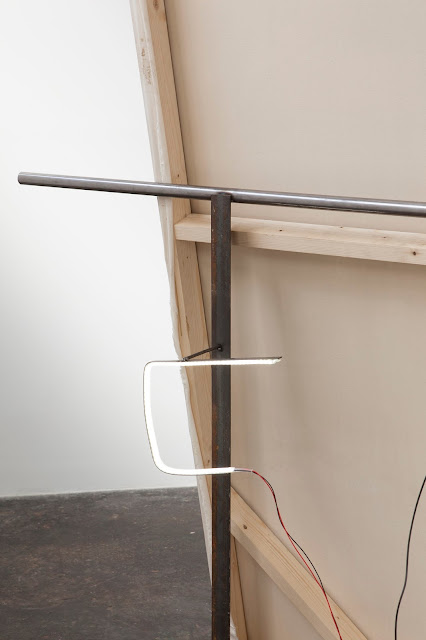 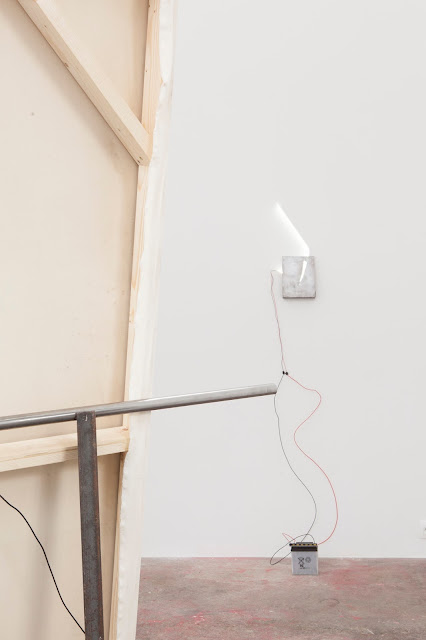 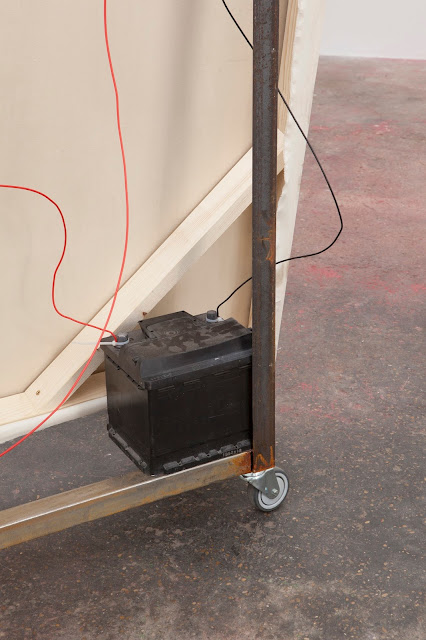 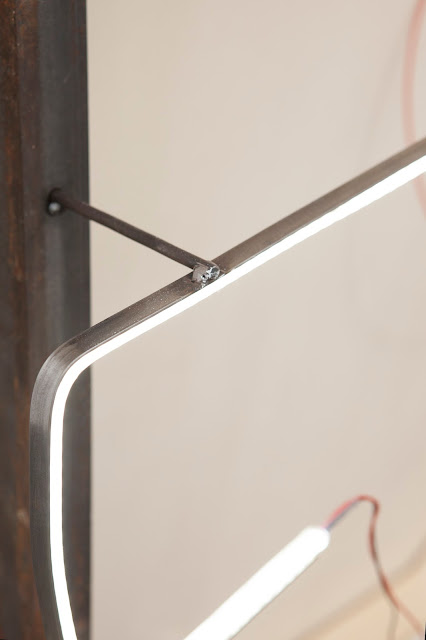 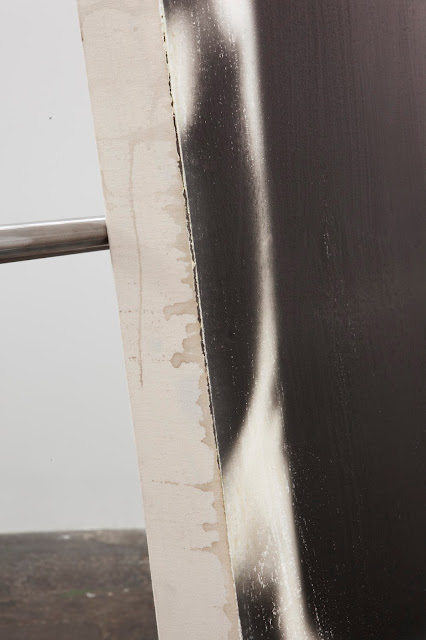 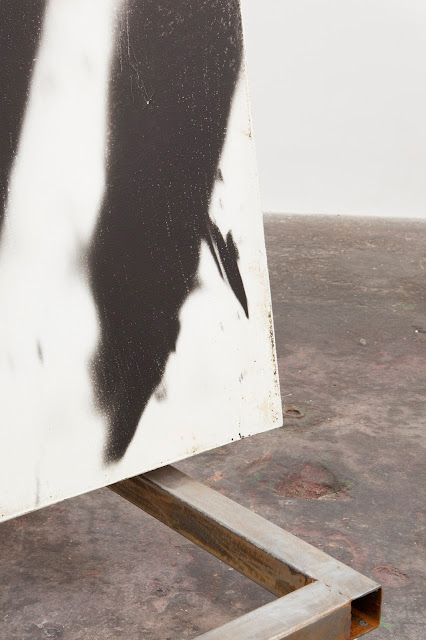 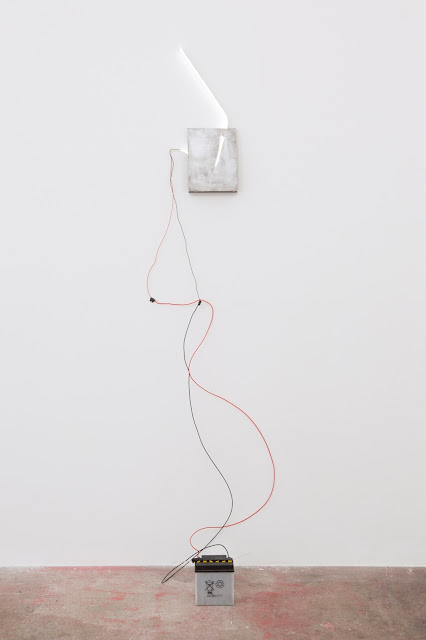 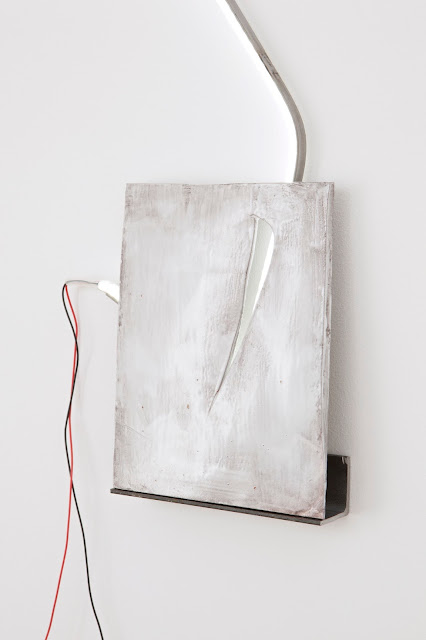 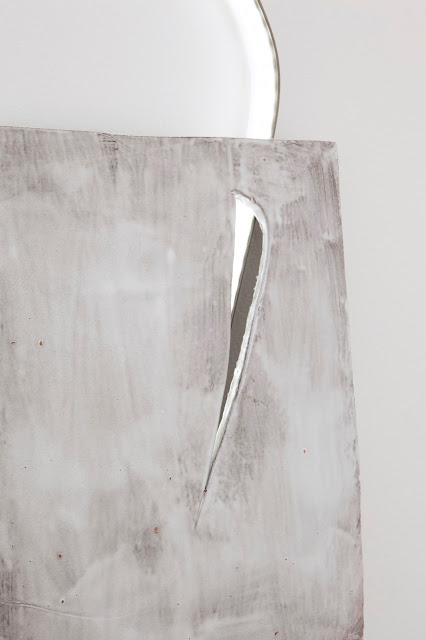 Perhaps everything is an image – objects, people, even thoughts. When it calls
for it, we gather what is most intimate to us, often at arm’s length. Why look
too far? Back in 1957, the first digital image made by Russell Kirsch was of his
three-month-old son, Walden. This headshot measured just 5cm by 5cm, 176
pixels on one side, and was created by feeding the image through a rotating
drum scanner programmed by the Standards Eastern Automatic Computer
(SEAC). As all baby pictures, before and after, it has an openness that knows
no bound, but also a hesitancy that sends a glare past the materiality of the
image, the occasion, resolutely puncturing the present, and passing the future.

Such malleable temporality pervades Hubert Marot’s practice that ricochets
from painting to ceramic to sculpture, all through photography’s materiality
and potential to recalibrate time. Painted plastic sheeting and a fan generate
an instability of the negative and its receptive image, on stretched canvases
that have been applied with photo-sensitive emulsion. It seems as if the wind
is still blowing the blur around the slow surfaces of the resulting images. Bendy
metal forms, vaguely recalling car headlights, echo the imprecise cuts of
folded clay tablets, thus functioning as both tool and material.

Found used batteries, their expiration dates certainly uncertain, bide and bind
time. Images fade. Batteries go out. But before that, they fuel the apertures of
the ceramic with LED, like an open flame. Just as a photo, they need light. We
need light. Is it an apparatus? A personal evocative device? An autonomous
and anonymous vehicle? Marot has been working as a covert parallel practice
a series of iPhone photos turned resinotype, a pigment photographic process
from early 20th century. With it, the speed of fast capture is countered by the
slowness of printing. In his work, the speed of recognition is always countered
by the slowness of our understanding.

Walden Kirsch grew up to become a television reporter and worked for Intel,
though nowadays anything is inflected and infected by the digital, this trajectory
bears no significance. Perhaps, what matters now is not a capture of the
new image, but how to extract and elongate time, like the curve of an open
upraised arm, as protection and exaltation, susceptible to dreaming. Not as an
immediate release, but a protracted one, of energy transmission.