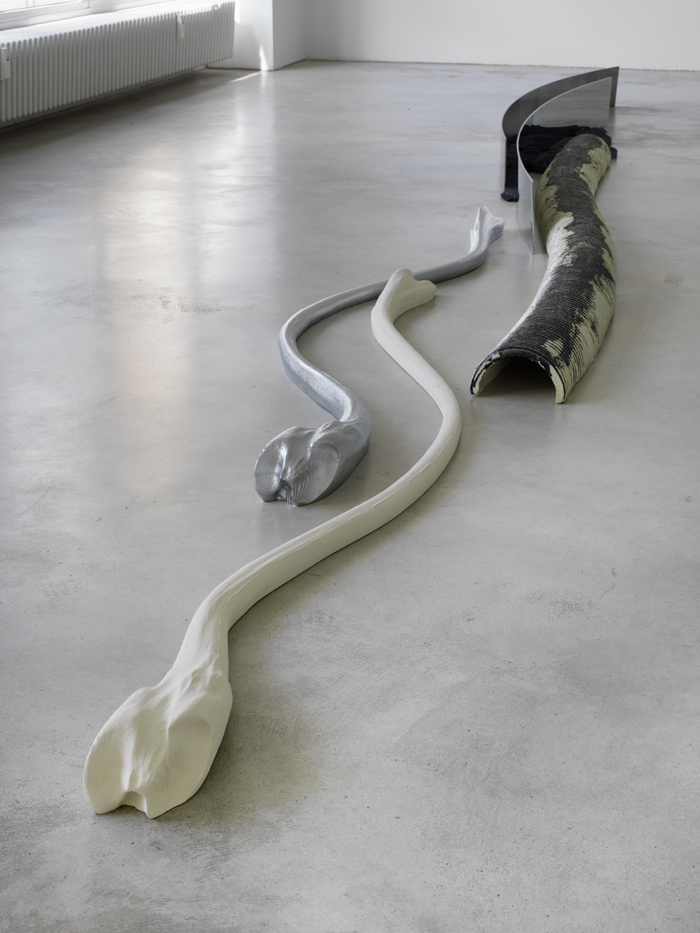 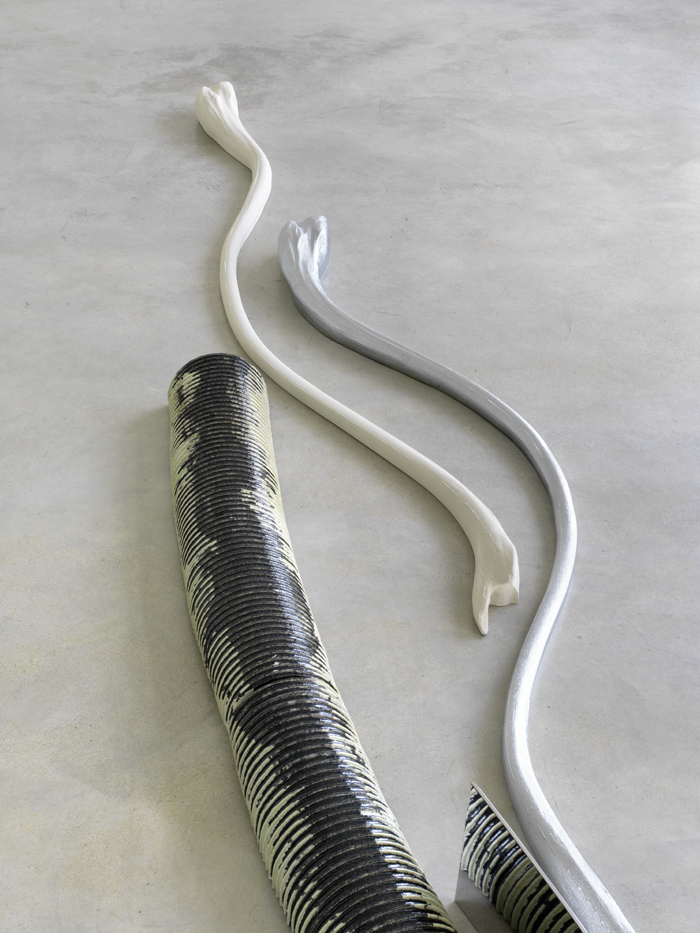 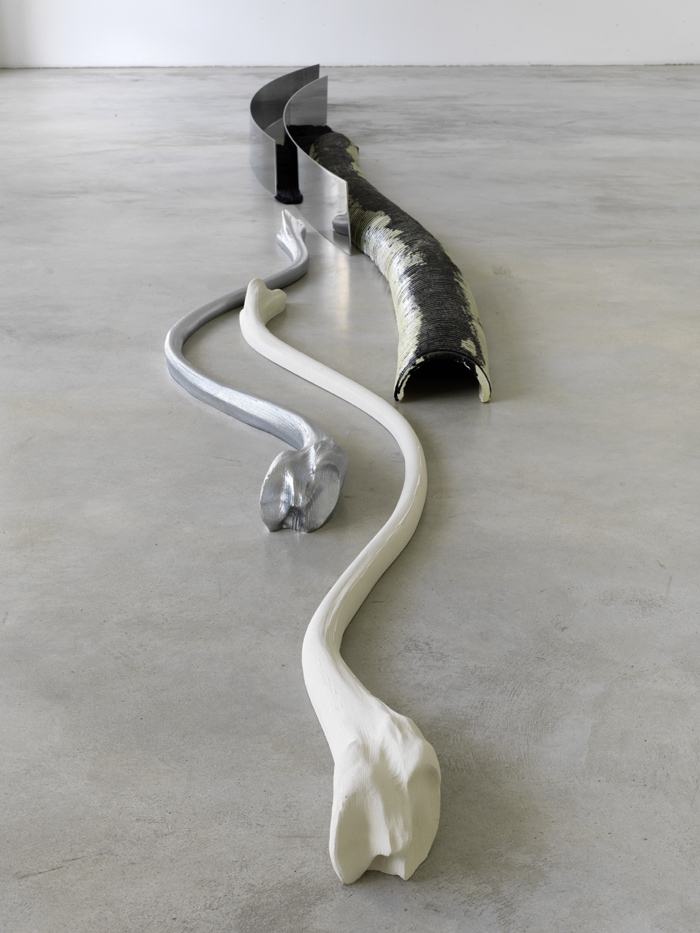 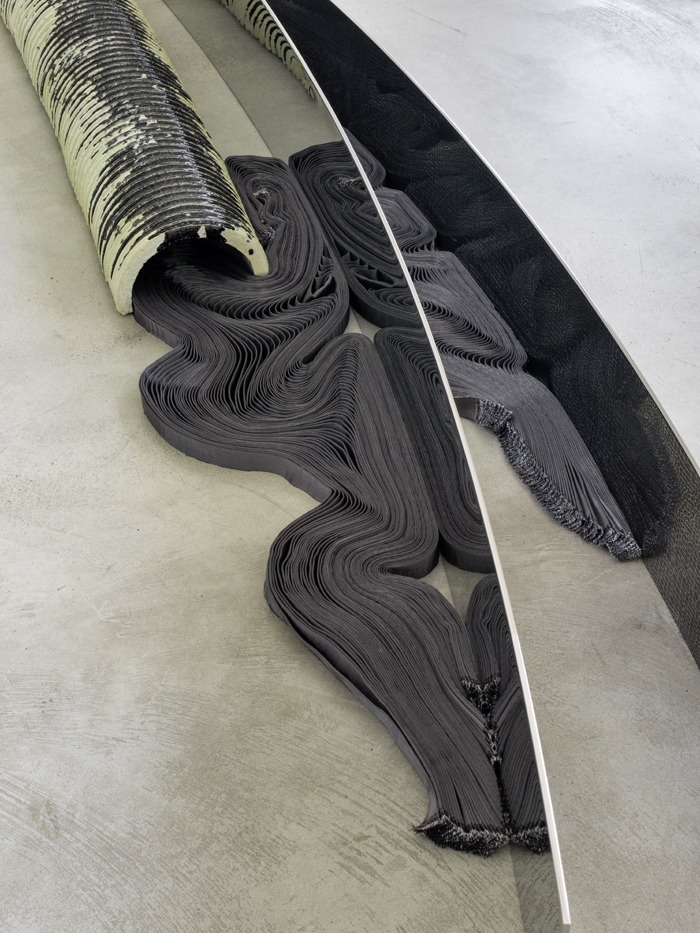 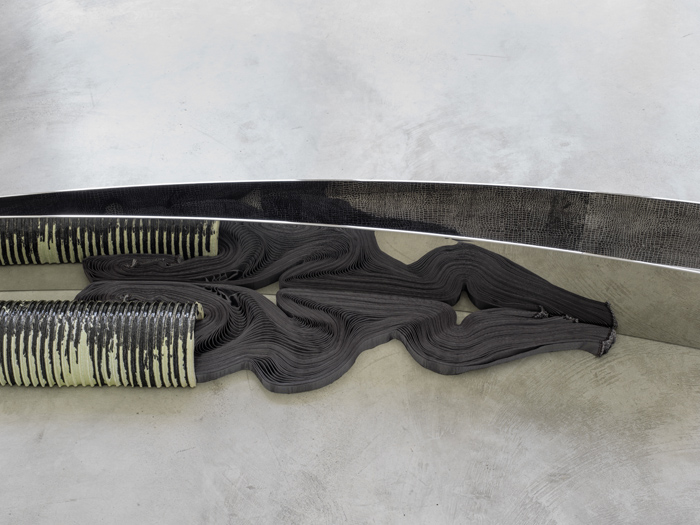 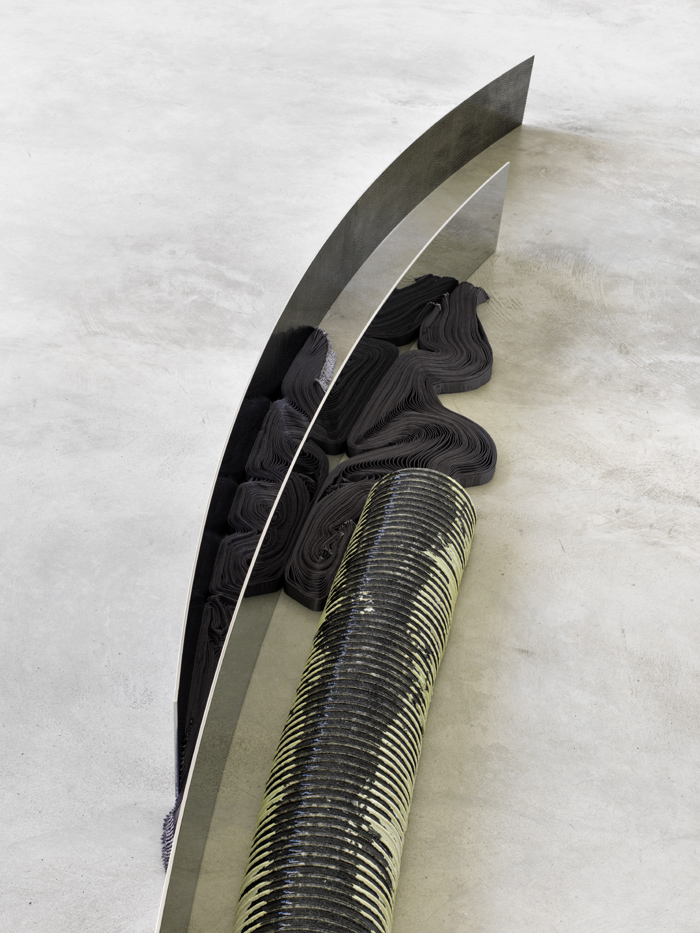 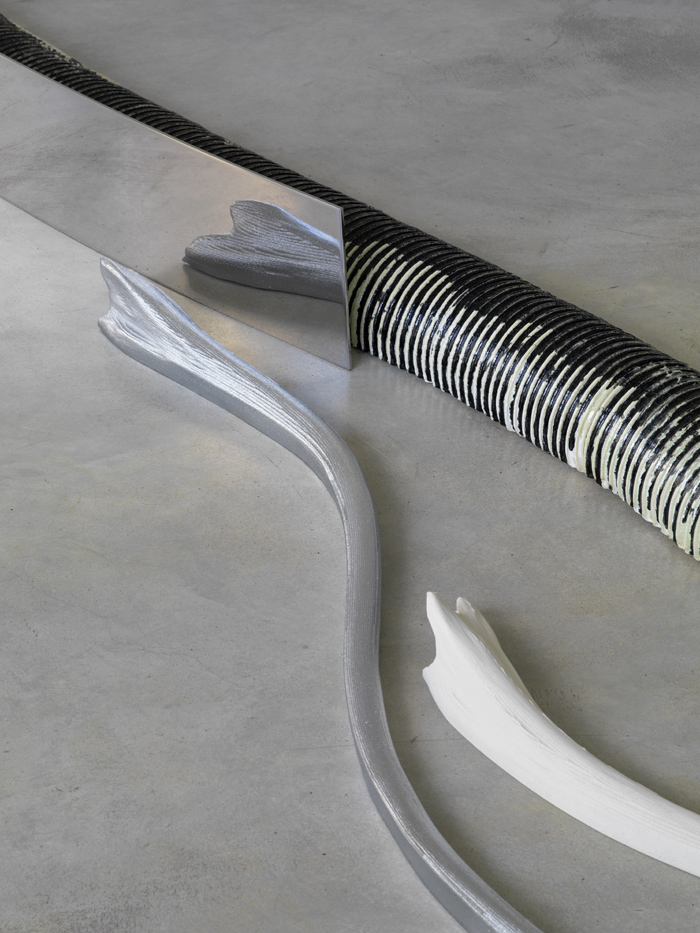 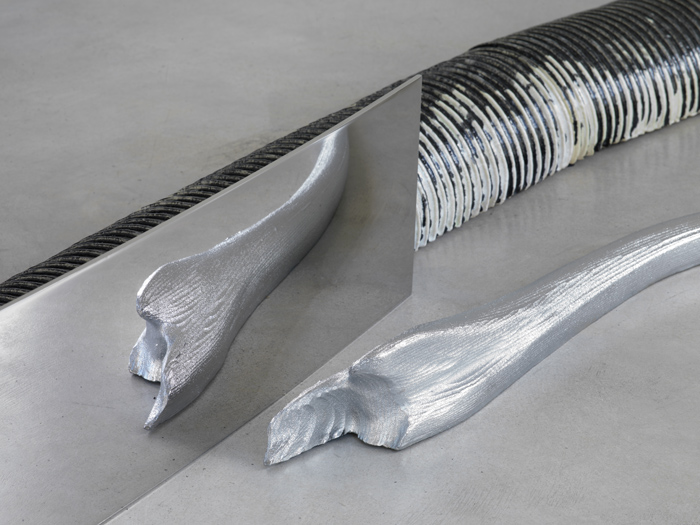 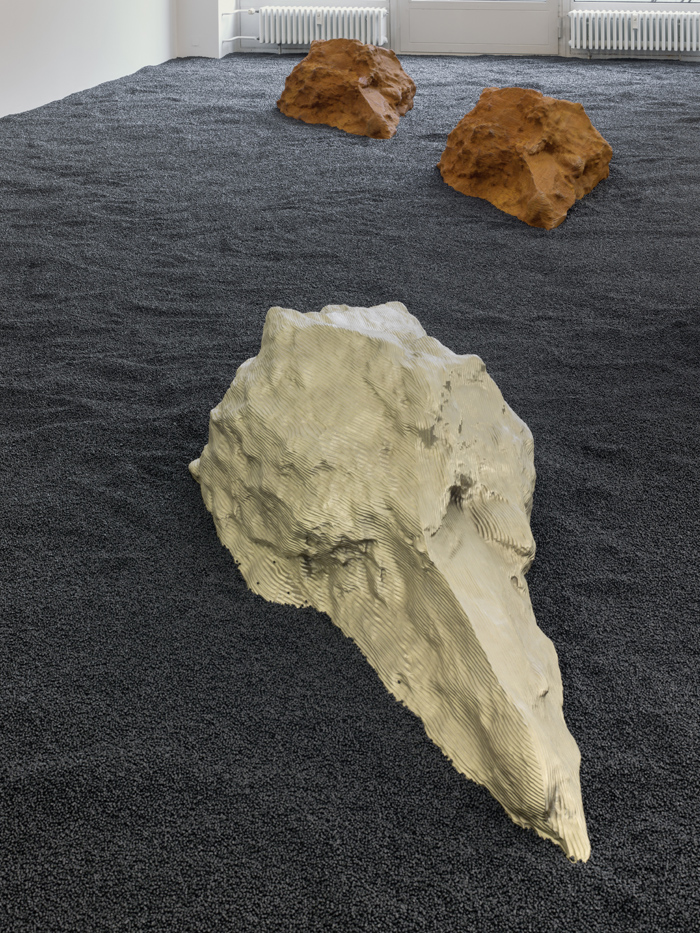 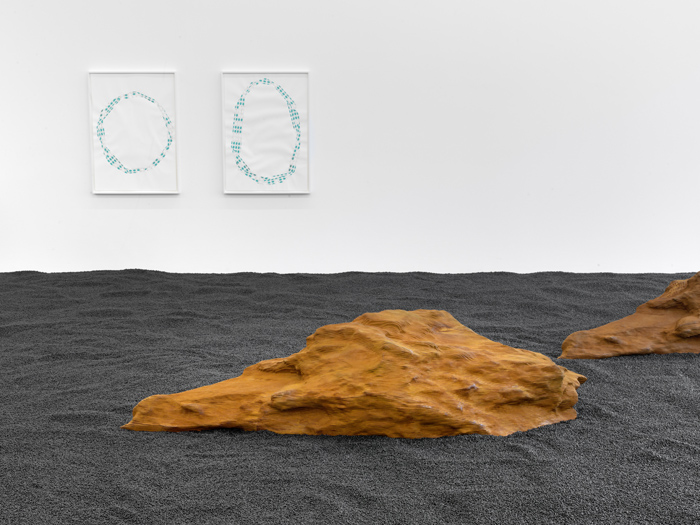 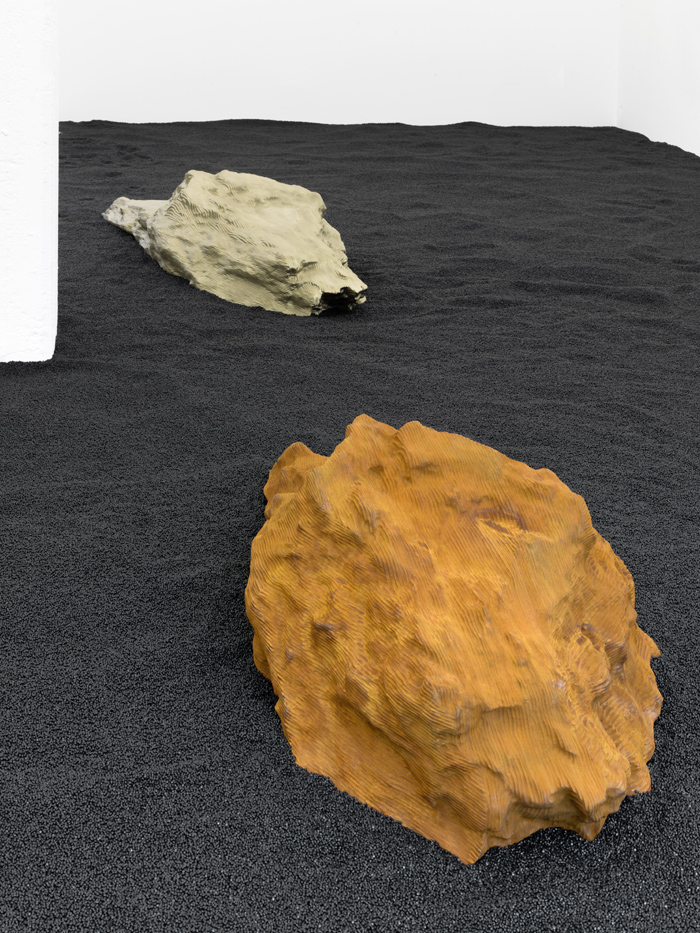 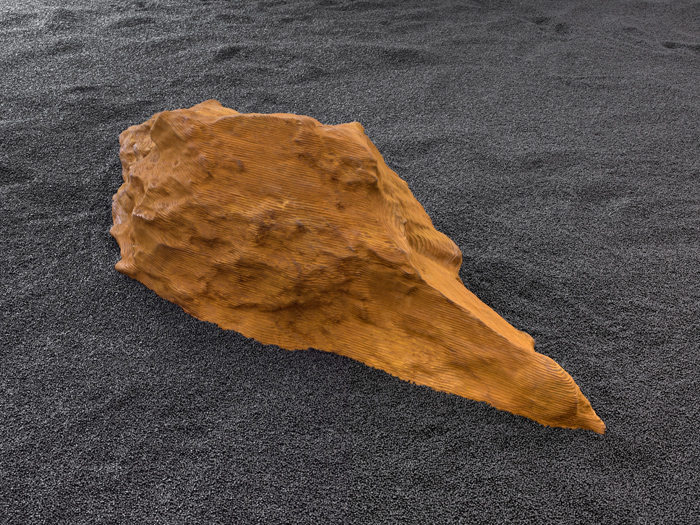 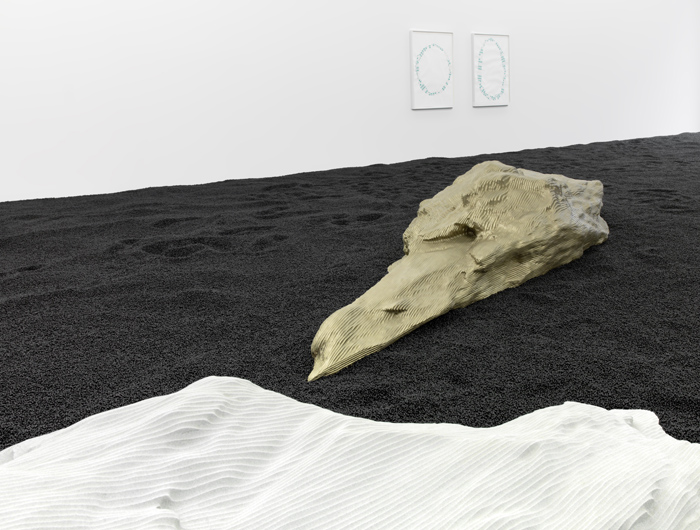 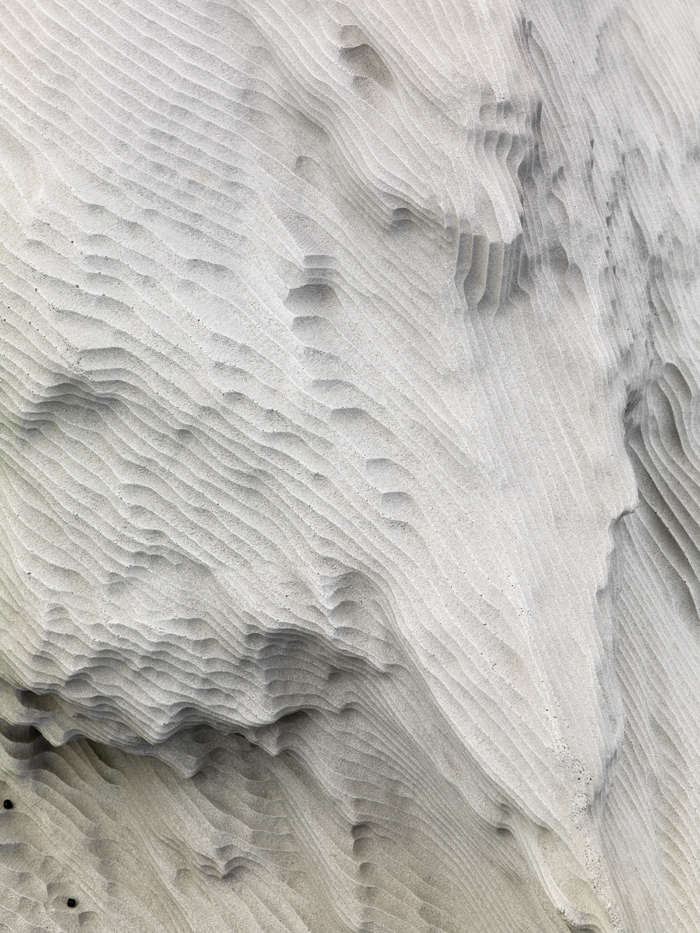 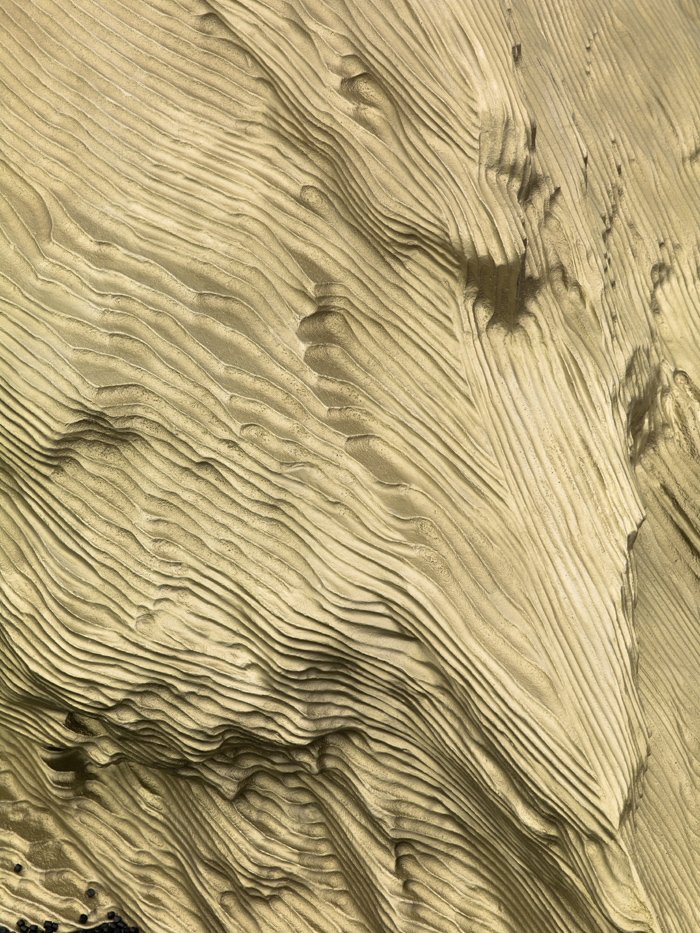 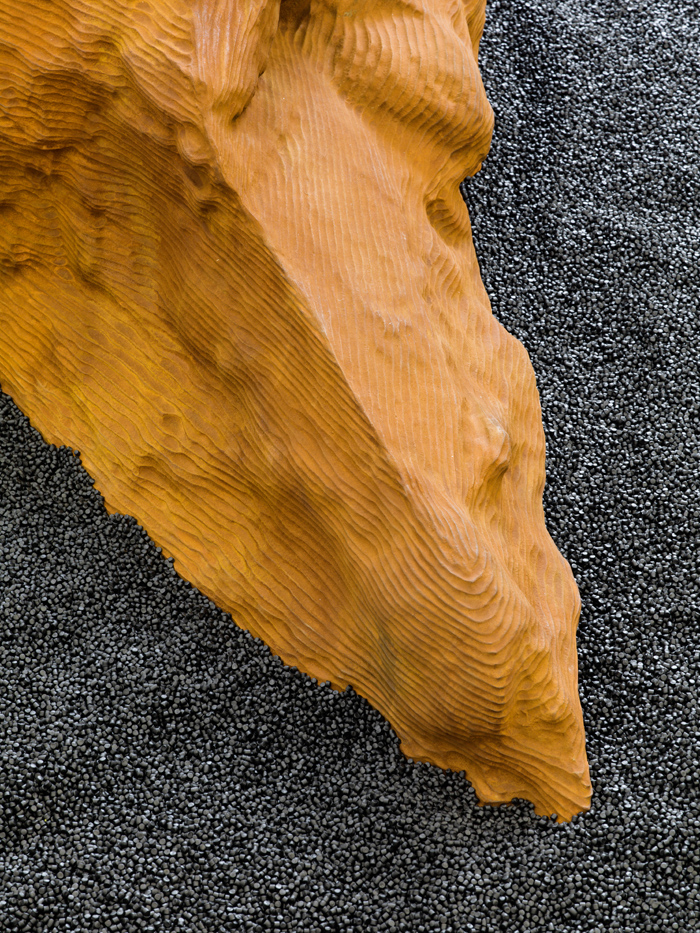 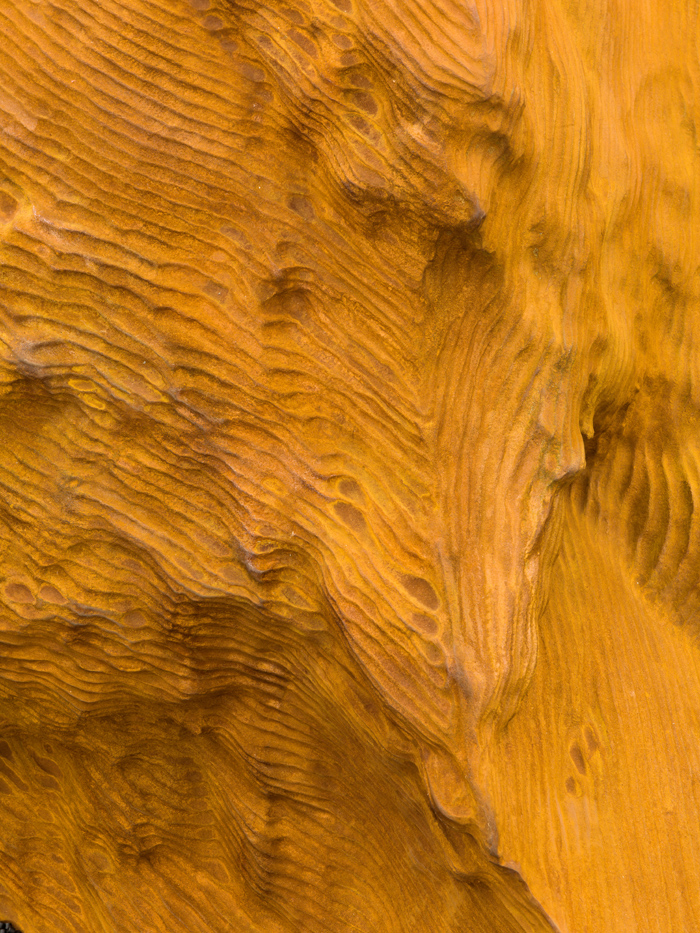 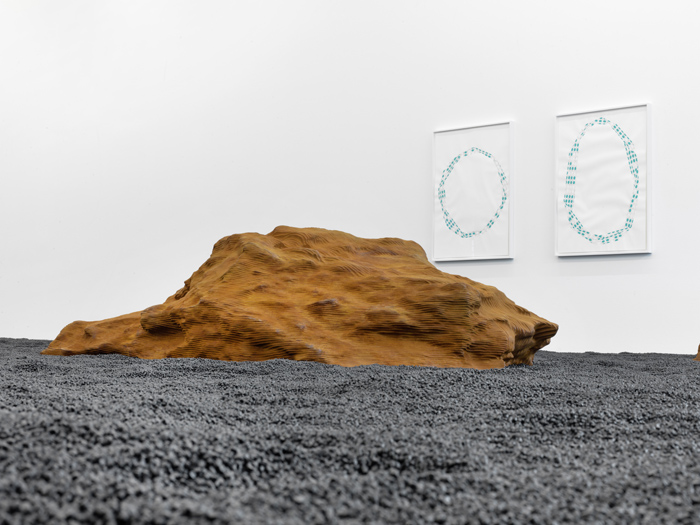 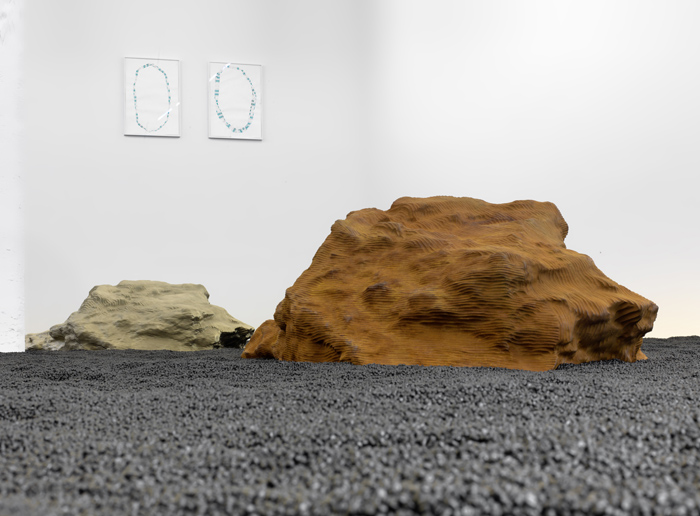 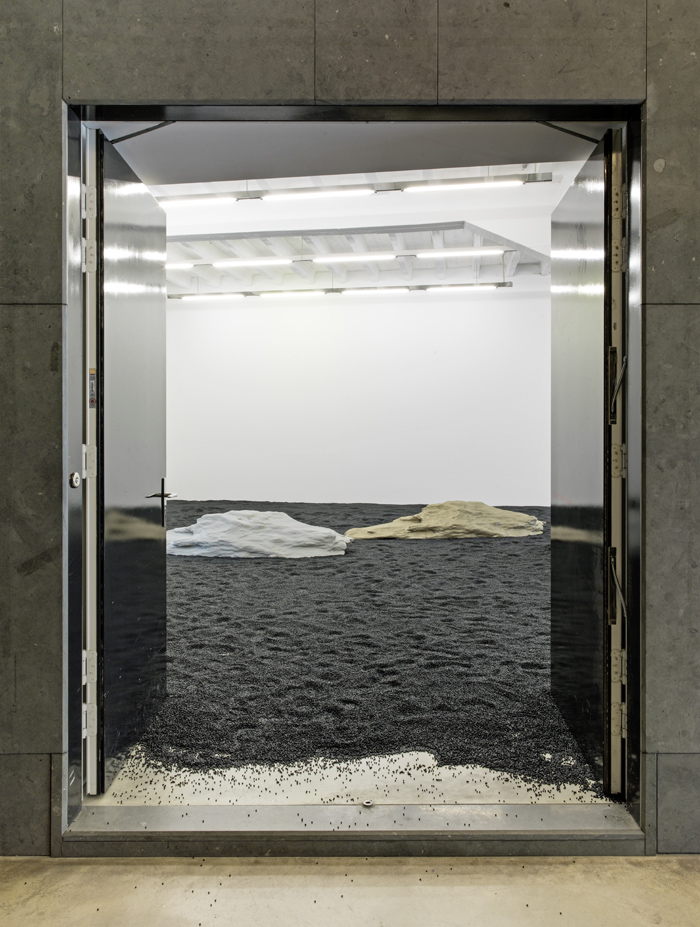 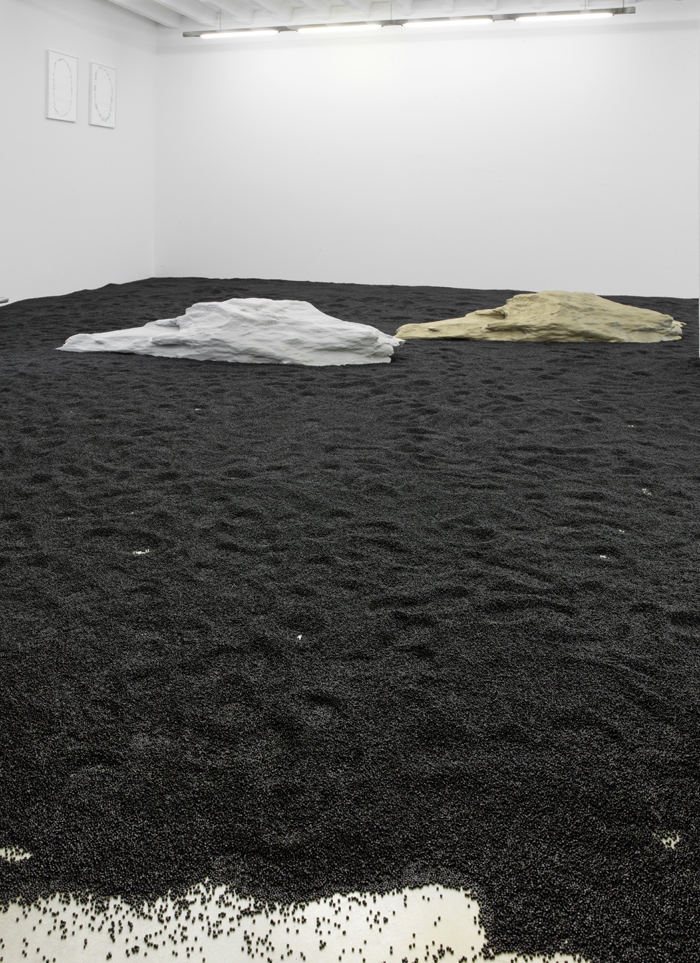 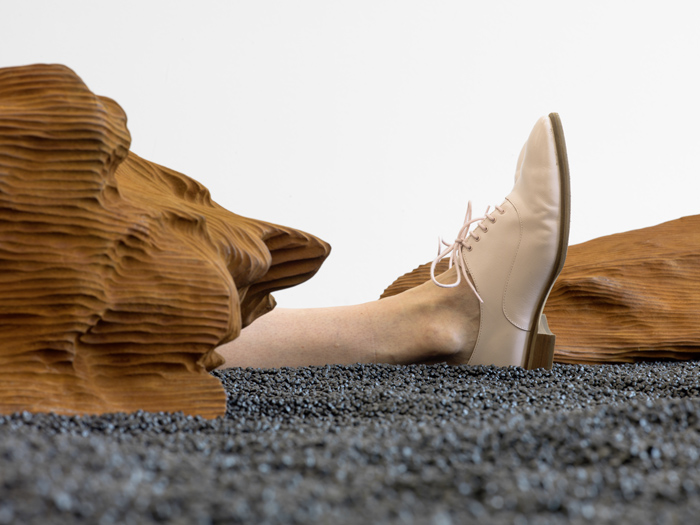 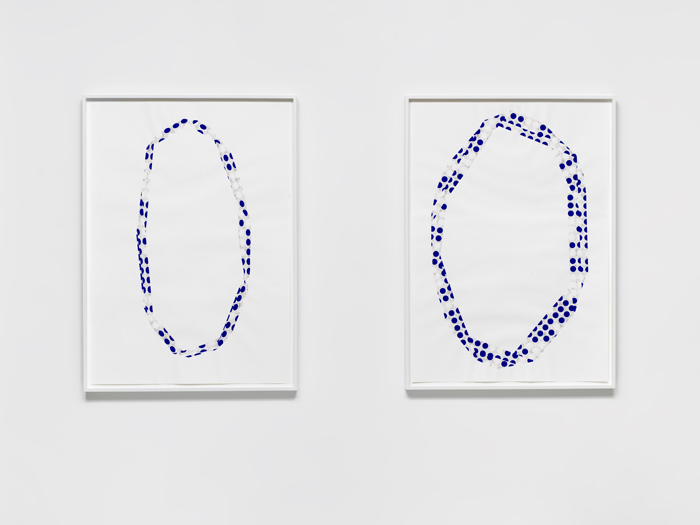 Early Man revolves around the fold, a recurring motif in the work of the artist. The fold describes the pictorial and symbolic entanglement of seemingly opposing qualities and production modes. Inside and outside, organic and synthetic, hand crafted and industrially produced interweave in Early Man to become a complex system of signs. A mysterious dramaturgy determines the independent lives of the works presented in the exhibition.

Striving in its horizontal orientation beyond the gallery space, the work Burial describes a formation of four rocks resting in a black desert of polystyrene regrind. In geology, folds are wavelike foldings of rock strata that occur under high pressure. The rock surfaces relate to this natural phenomenon and similarly erode it through their digitally mediated materiality. In the interior of the objects, the material is not compressed to a hard core, there is a hollow space instead. From this perspective, the rock formation of Burial also appears as an array of sarcophagi.

Interior and exterior in Channer's work are inseparable from each other. Finiteness unfolds into the infinite. In this way, First Rebirth resolves the choreography of lost and regained physicality initiated by Burial. Here, complex, procedural dramaturgy is used to merge human relics and industrial fragments to an anthropomorphic-technoid distilled form.

Channer's folds describe a threshold state. Through their production, shapes, associations and materials are fragmented, wiped out and buried, and at the same time, created, united and reborn. Channer’s works deal with a vague middle ground. The artistic attitude behind them is decisive and clear.