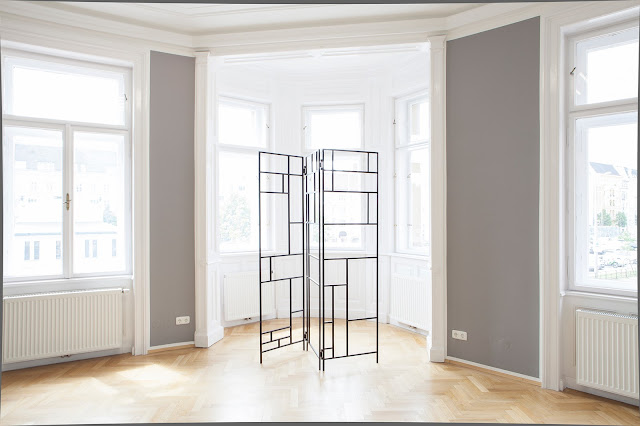 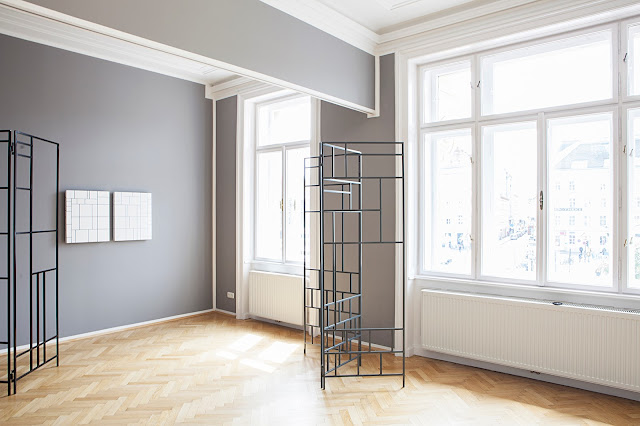 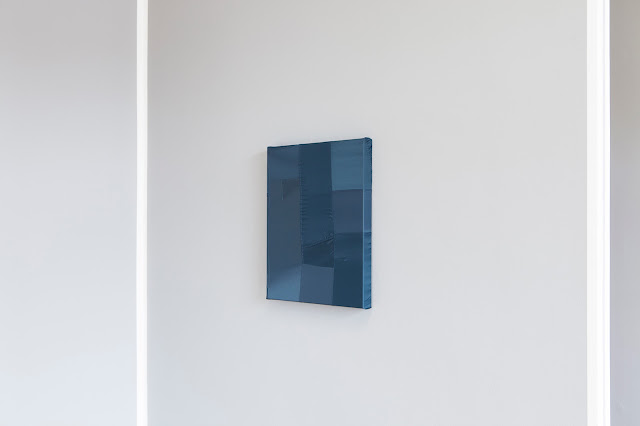 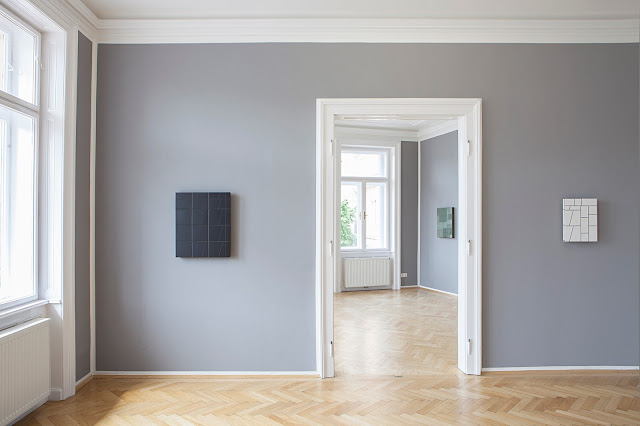 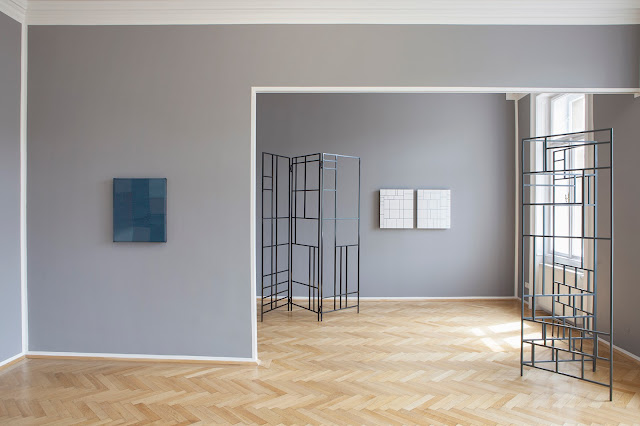 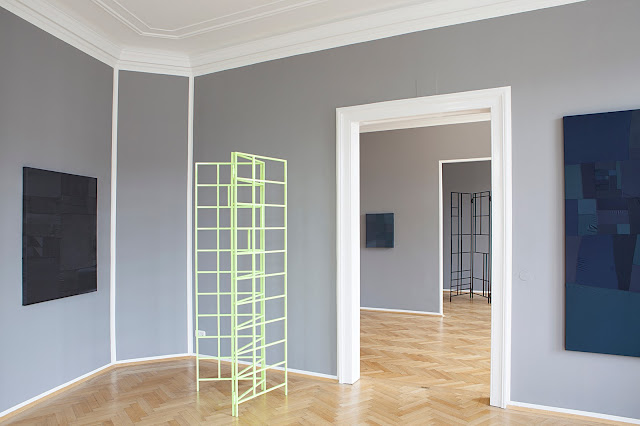 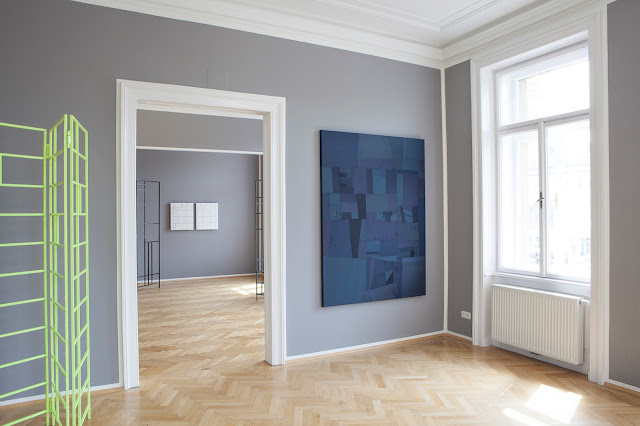 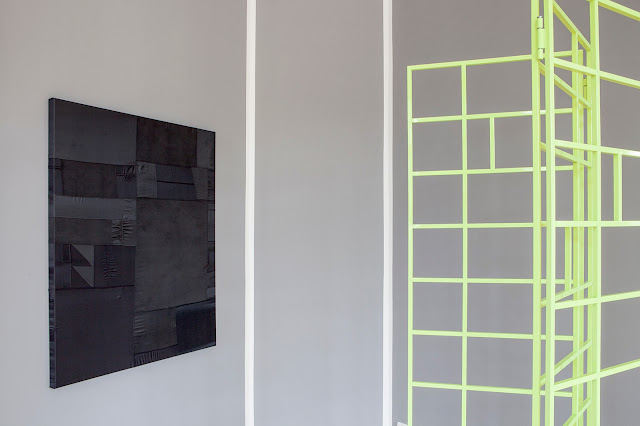 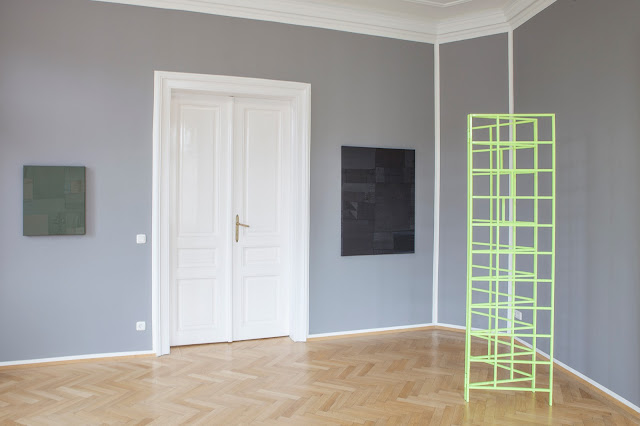 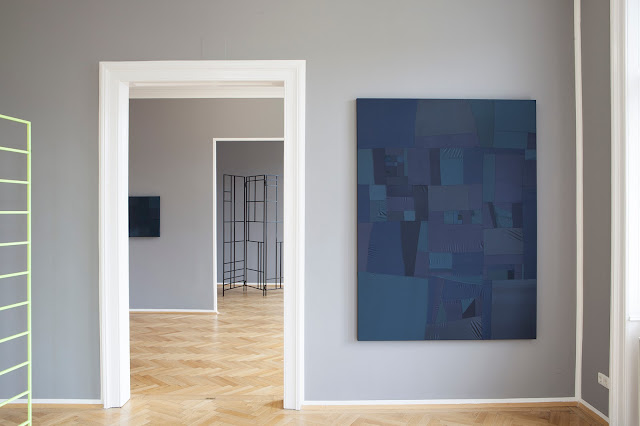 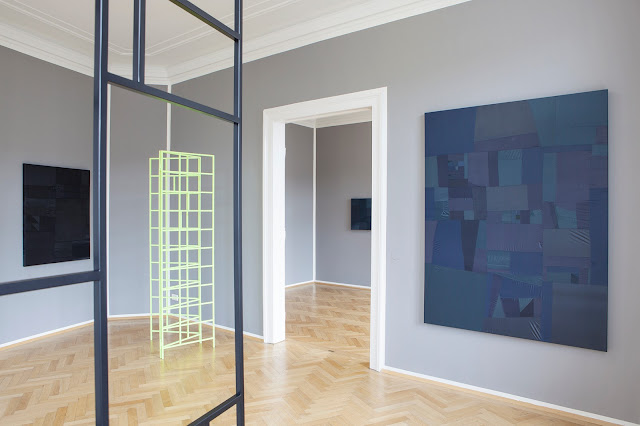 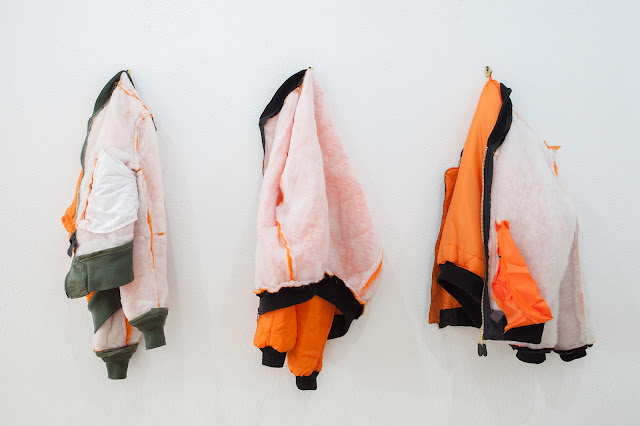 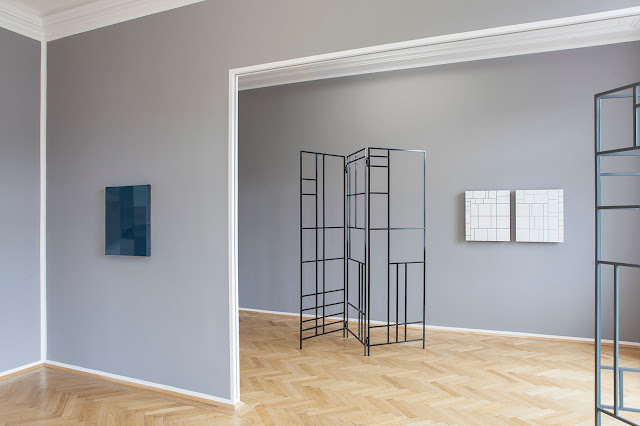 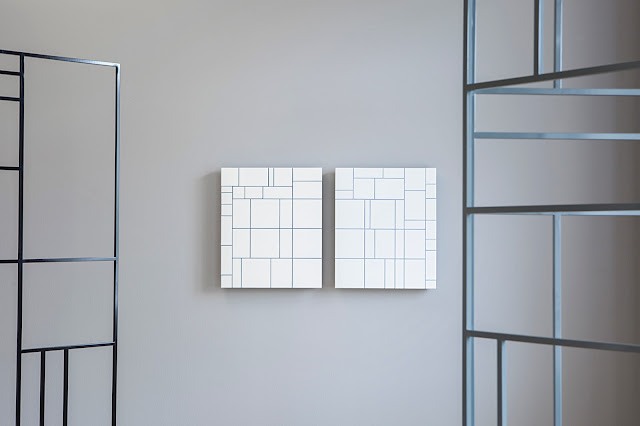 Galerie Nathalie Halgand is pleased to present its second exhibition, Simon Mullan’s “Der Raum” [The Room], the last in a series of exhibitions to follow “Die Fuge [The Grout] and “Die Fläche” [The Surface], conceived for Mullan’s publi cation by Haubrok (available September 2016). Three adjoining rooms showcase three signature series of work to be seen for the first time in Mullan’s hometown of Vienna, marking the tenth-year anniversary of his international sojourns. Popularis presents four panel pieces comprising monochrome tiles and grout of various geometric forms. Replacing the traditional form and function of the easel canvas and frame, Mullan’s artworks are subjective explorations on the geometric language of life and a celebration of ‘low art’ materials borrowed from the construction industry. His method of production is quasi automatic and autodidact, prioritising expression over perfection and reaching a state of completion only with the viewer’s participation. As with all abstract art, the artist stakes responsibility with the viewer to interpret the artwork: a reading that is also informed by the conditions of the exhibition space. Mullan’s Alpha series (Bomber Jacket) revisits a theme from his earlier time in Vienna by examining the loaded message of monochrome army jackets, which are commonly worn by European right-wing gangs. The series gains further meaning in a broader context: in America the ‘Bomber Jacket’ is the official uniform for American Air Force pilots since the mid-1950s. Produced by Alpha Industries, in the 1970s the company extended the design to other departments of the U.S. Armed Forces and to the general public, which quickly transgressed to pop culture and appeared on the backs of film cult characters played by Robert De Niro in The Taxi Driver (1976) and Michael Douglas in Basic Instinct (1992). Mullan’s newest work in this series is constructed from ‘Indian Orange’, which was a colour added to the original military sage green in the early 1960s, so a bomber pilot could reverse it in case of a plane crash and signal rescue personnel. The exhibition is completed by three transparent adjoining metal sculptures, which appear as human-scale room dividers and derive their form from recent doodles by the artist. Given the gallery’s setting in a prominent turn-of-the-century apart ment building, the sculptures here enter in to dialogue with the elegant white double-panel French doors, which pepper the apartment-gallery and account for its authentic Viennese character. The sculptures are produced in collaboration with Wittmann Metallbau, an artisan metal workshop based in Lower Austria. Importantly, it is the first time that Mullan relinquishes the production of his art to a third party and alongside the Popularis series, enables chance to play a defining role in his practice. The exhibition’s unifying motif is a carefully applied middle grey backdrop, which in the words of the artist: “presents a clean, but not blank stage for the artworks to perform and anticipates concentration and contemplation from the viewer.” Following a long list of protagonists engaged in colour theory
– ranging from Wolfgang von Goethe and Wassily Kandinsky to Yves Klein – two meditations on the importance of grey spring to mind. Hito Steyerl’s video work, Adorno's Grey (2012) evocatively excavates the seminar rooms of Frankfurt’s Goethe-Universität with a team of art conservators to find traces of former faculty member and esteemed philosopher, Theodor W. Adorno’s mythological grey walls. According to academic legend, Adorno would only teach in classrooms, which were pre-ainted in his chosen shade of grey to enhance concentration from his lecture participants. Similarly, writer Ludwig Wittgenstein argued in his text Remarks on colour (first published 1977), that ´Whatever looks luminous does not look grey´. While Mullan’s use of grey is primarily a visual device, the force of this mystical colour nonetheless takes centre stage alongside the artworks presented. Mullan’s exhibition reflects a coherent visual language and proposes an artistic ambition, where subject, form and function successfully transgress traditional interpretations of contemporary art.