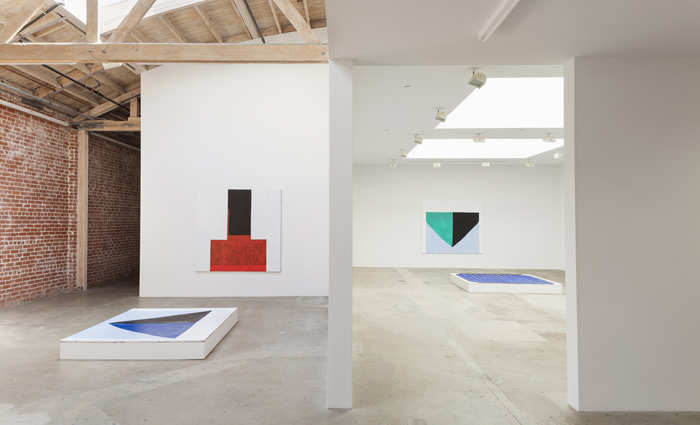 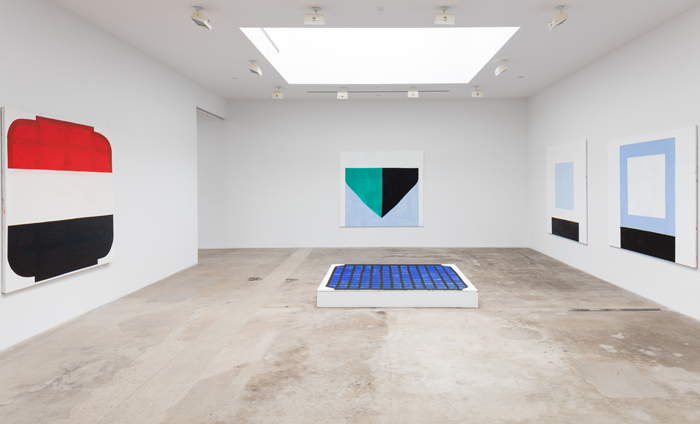 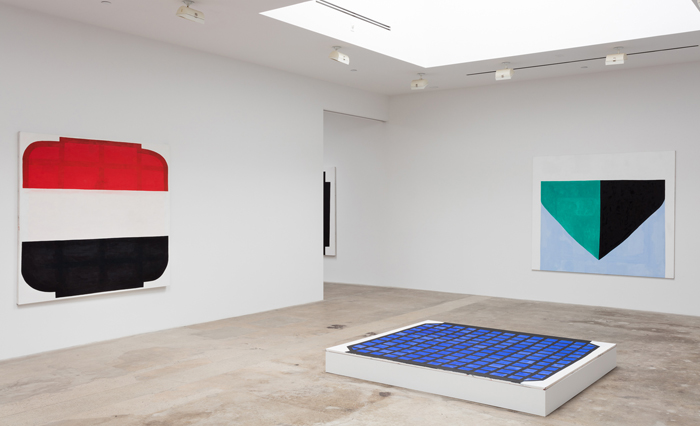 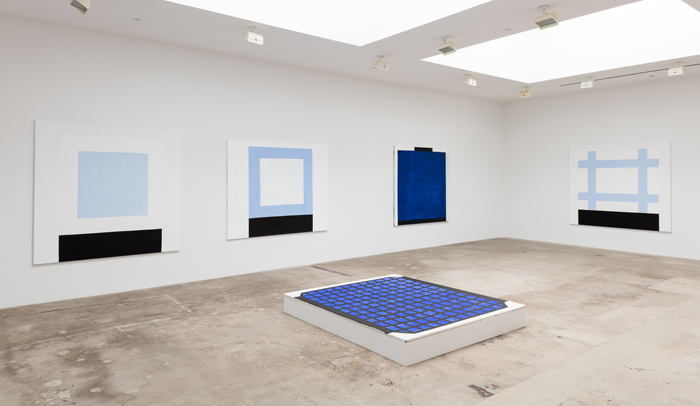 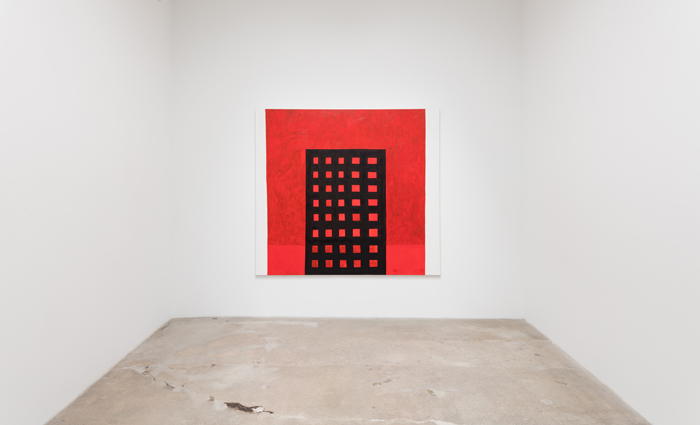 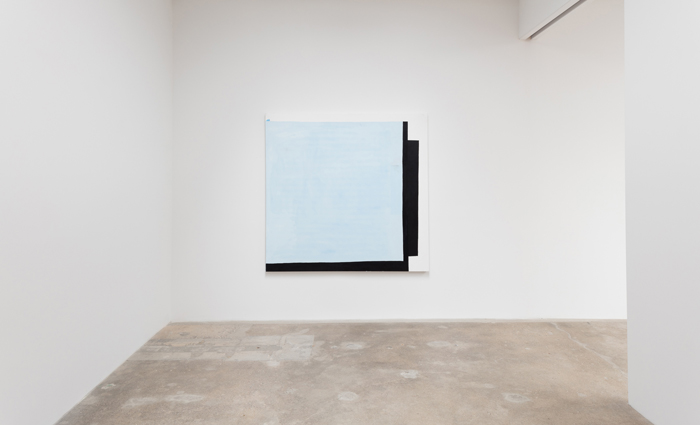 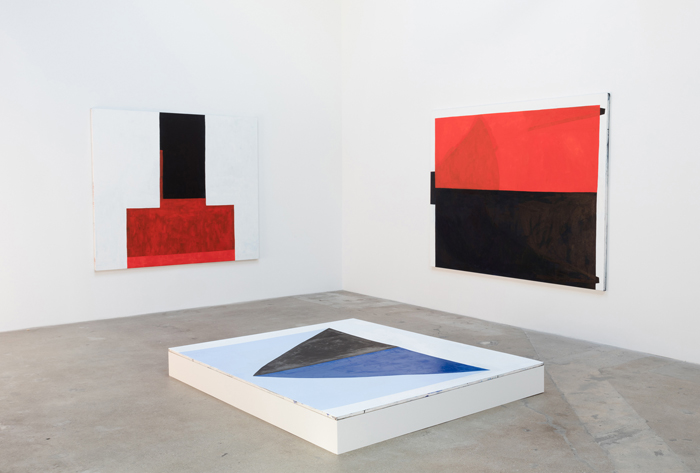 For her first exhibition at Hannah Hoffman Gallery, Raphaela Simon presents a series of new paintings whose striking interplay of vibrantly colored geometric lines and shapes gesture towards beauty as a visceral condition linked to memory and nostalgia. Her paintings are deliberately simple; the compositions of the works inherently familiar recalling the iconographic though remaining fundamentally indeterminate.

The material properties of oil paint are deeply important to Simon, who uses it exclusively for its ability to act as “dough” that requires “kneading” on the part of the artist. In using paint in this capacity, she is able to document the contending exchanges of gestural uncertainty—a process she describes as “treading water” across the surface of a painting. Though the subtle application of layers that constitutes the core of Simon’s method is seemingly generative, this process is equally regressive. The accumulative marks upon the canvas document an act of addition and subtraction that is a habitually slow, if not atemporal, manner of production.

As with her generally restrained nature, Simon often uses a single noun or adjective to title her works, utilizing such immediacy to offset the complexities of abstract visual language. In line with this, the title of the exhibition, which translates to “wishing table,” refers to a well-known German fairytale by the Brothers Grimm, featuring inanimate objects that possess the mystical power to fulfill human desire. Simon cites the elusive yet animate nature of the ocean as an inspiration for her work presenting paintings that elicit both solace and endless return like the succession of waves upon a shore.