On Climate at Loris / Berlin

On Climate / curated by Nina Wiesnagrotzki 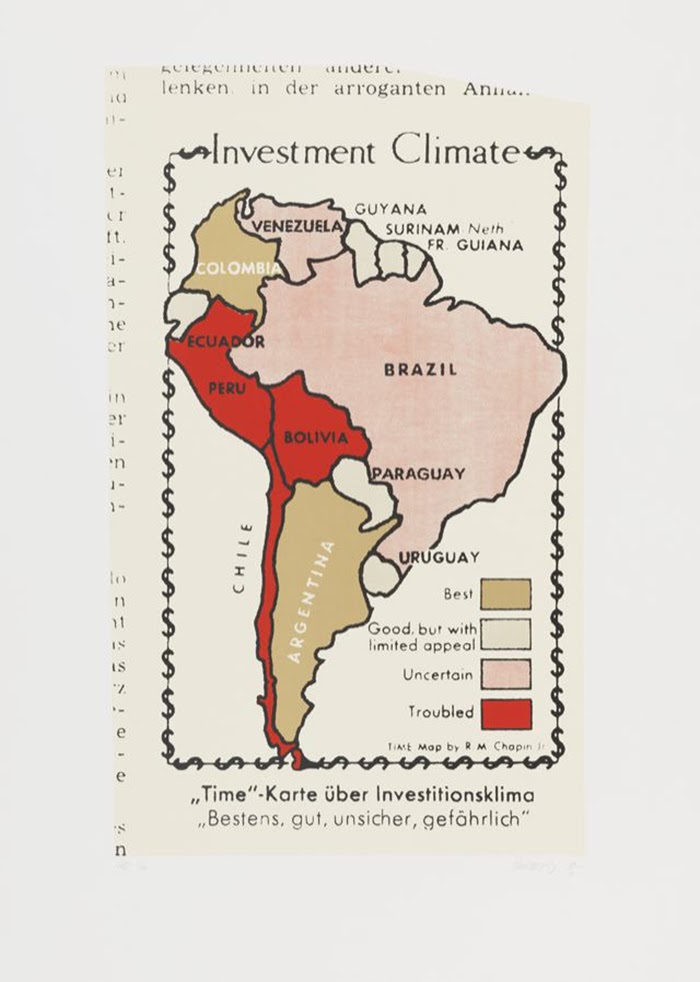 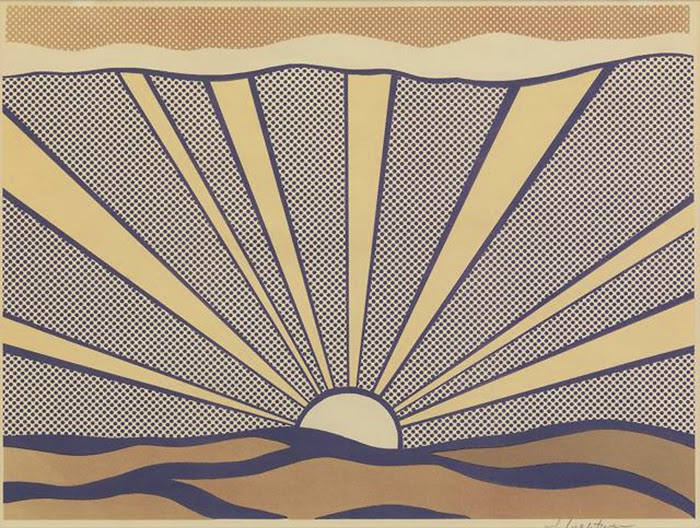 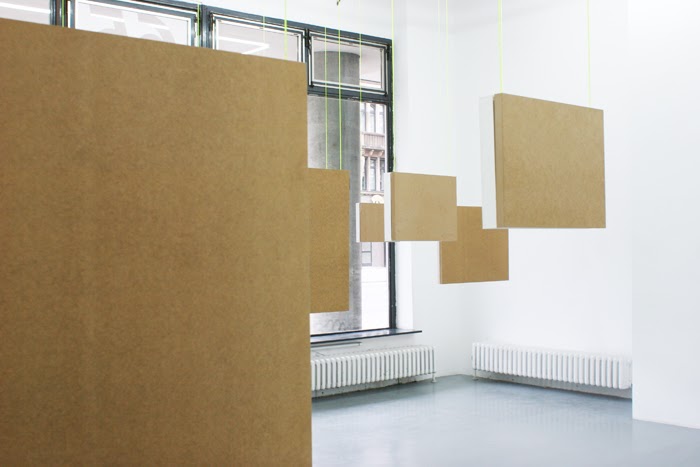 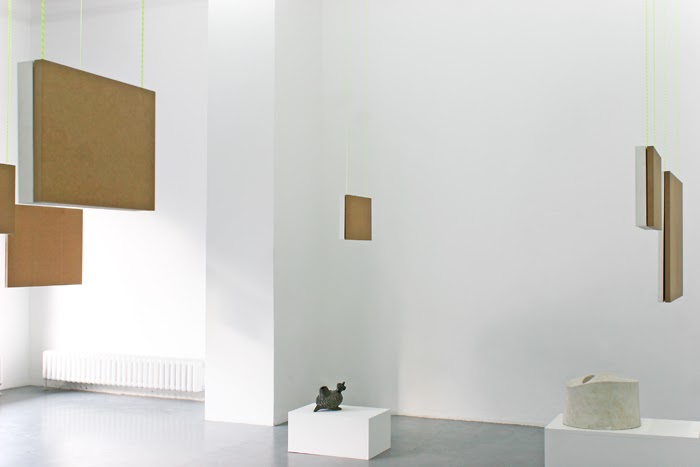 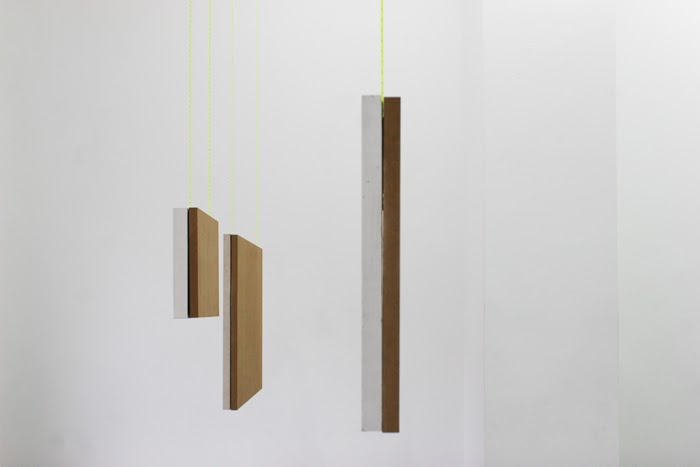 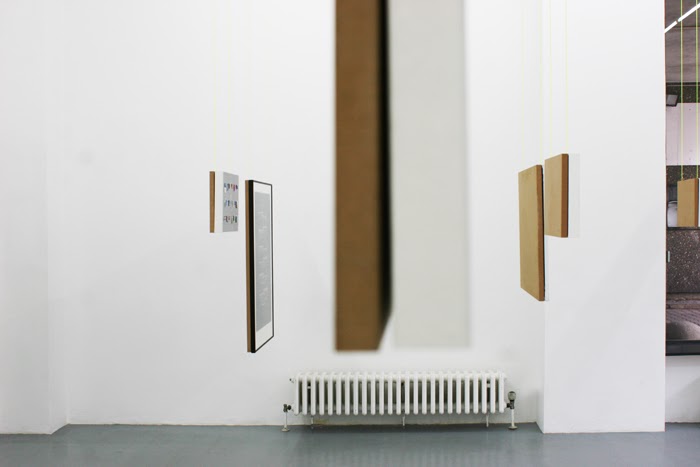 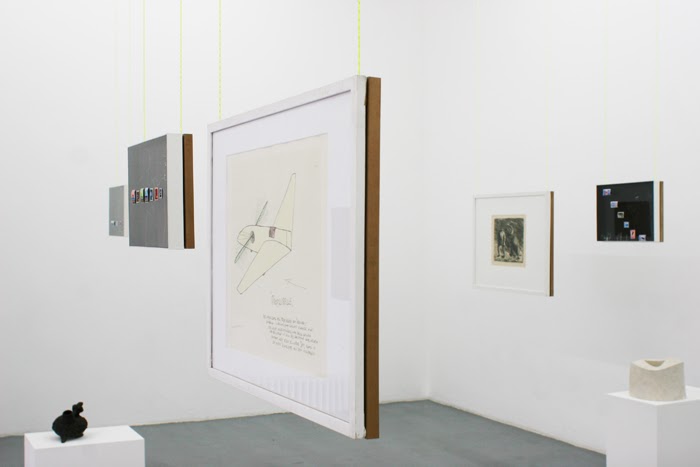 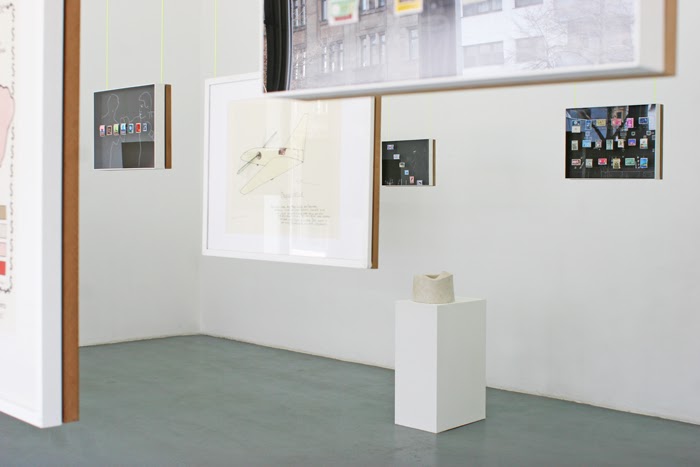 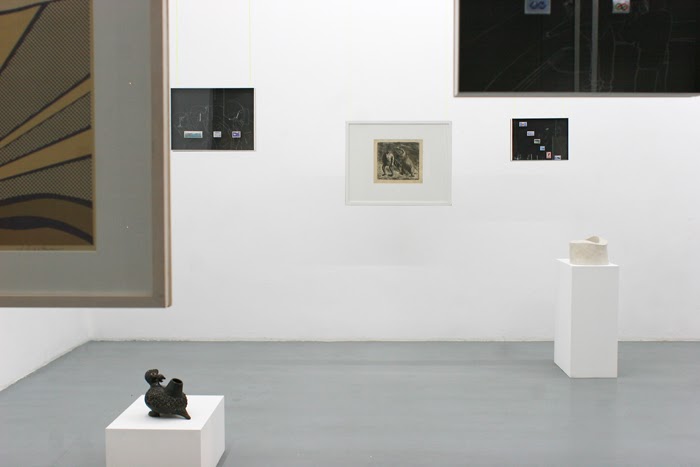 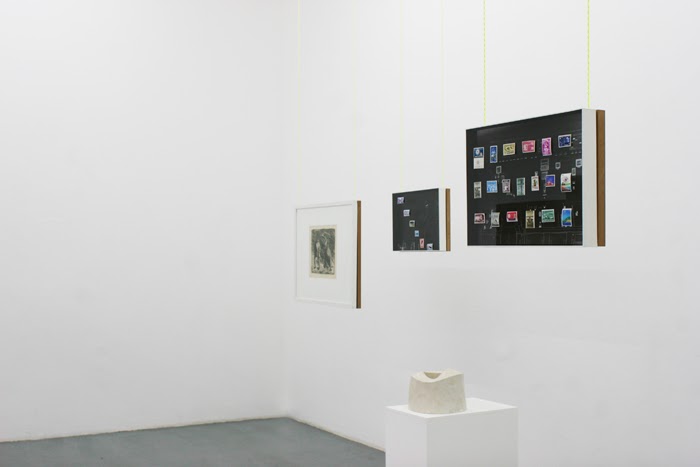 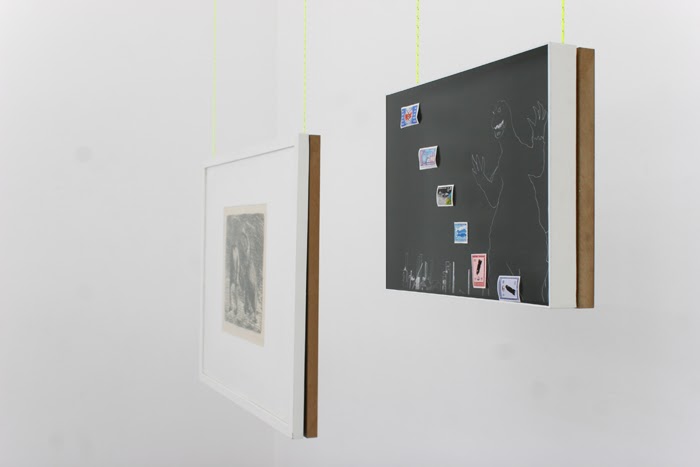 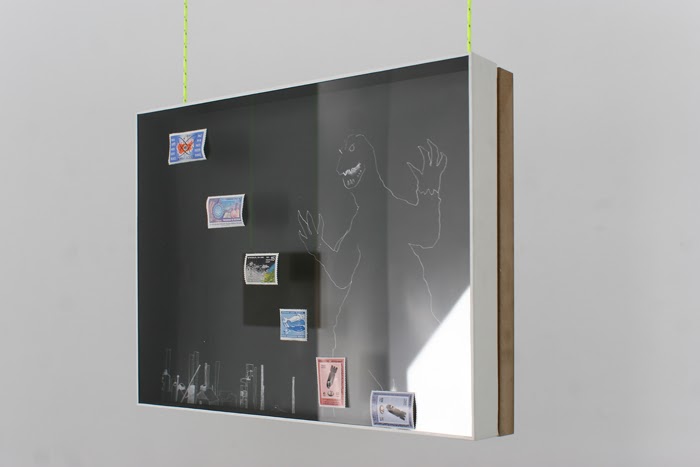 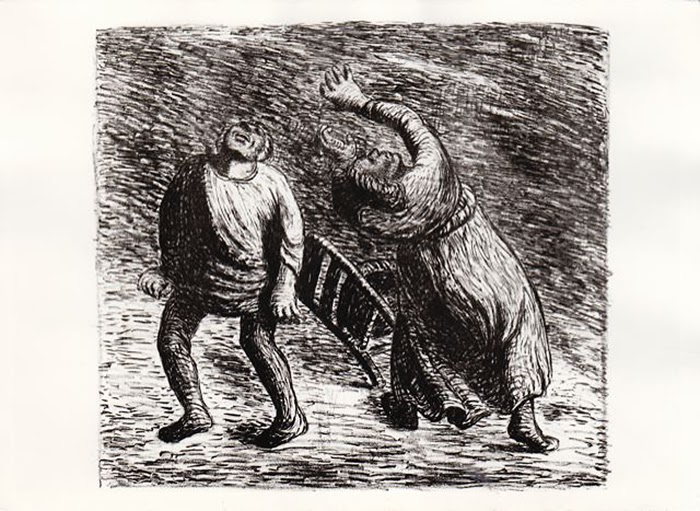 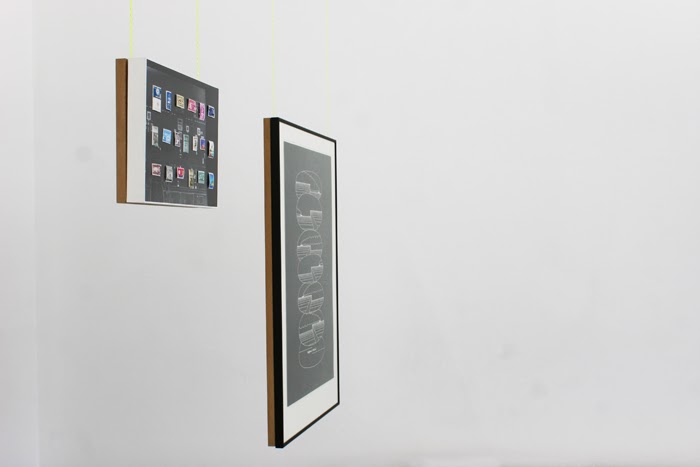 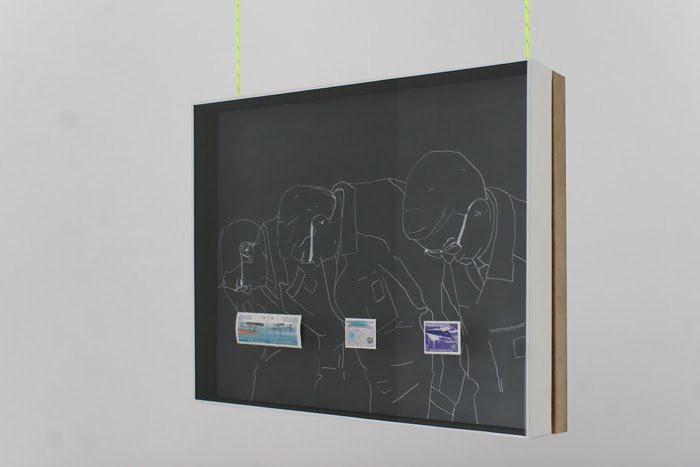 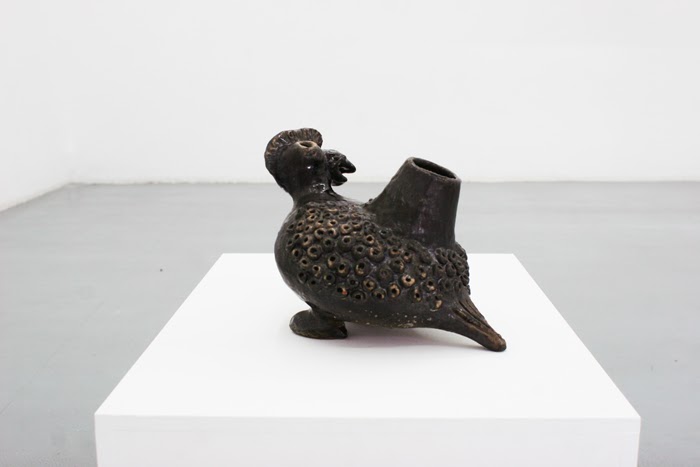 with
a sunrise by Roy Lichtenstein, a parrot with a hole by Fernando Marquina, a map by KP
Brehmer, an etude by Diter Rot, the White Whale by Ute Hoffritz, an airplane by
Panamarenko, an unrestored photo by Andreas Kilger, a stamp collection by
Nina Wiesnagrotzki, the invisible by Ernst Barlach

“I’d call it more of a passion than a hobby. You’d think that the Internet would have killed us
enthusiasts off – in actual fact it’s made us stronger. Philatelic information is much easier to
get hold these days, and my better half said she’s happier now that I’ve found an online
community and don’t have to bore her all evening with my stamp facts!
When you first start collecting it’s a bit of a free-for-all. The key is to pick a few topics and
restrict your collection to just those subjects. My chosen topics fall under the general
heading of ‘Science’, so I have ‘Climate Change’, ‘Electricity/Energy’, ‘Atomic Energy/Atomics’
and ‘Nuclear Power’ –  although I also have a lesser collection of stamps relating to the gas
and coal, which fall under ‘Industry’. Limiting yourself like this makes stamp collecting more
difficult, but ultimately more rewarding.

It’s up to the individual to decide how to organise their own collection (this is part of the fun),
but I like to use my stamps to tell stories. When done correctly a topical display can be a
tour through an epoch. For instance, by organising stamps with the theme ‘energy’ into date
rather than country of origin it’s possible to trace the public attitude towards different forms
of energy over time.

I have a lot of stamps on nuclear power. It’s a funny topic to be attracted to considering my
line of work – I’m in renewables – but opposites attract I guess. Although it’s not particularly
valuable one of my favourite stamps is called “Atoms for Peace”. It was issued to
commemorate a speech by President Eisenhower to the UN General Assembly in the early
50s. After what went on in Japan everyone was terrified of atomic energy; so in his speech
Eisenhower tried to reassure the American people, as well as the rest of the world, that the
technology could be used for good. Of course, now they say that it was all a PR stunt to get
us used to the idea of Cold Warfare.

I like the stamp because I think it represents our ambivalent attitudes to nuclear power. We’re
against it unless it means that energy bills go up or they’re going to build a wind farm in our
back garden! But enough of that, I don’t want to get into the politics right now – I’m just a
collector.”

As a trained artist and medical doctor Nina Wiesnagrotzki’s practice encompasses
associative links between art theory and history as well as natural and social sciences.
Her interest in theories on the “Capitalocene”, which takes as its base the relation between
humans and the rest of nature, have informed much of her recent work, including the video
piece Sansui, Landscape (2014), which reflects on the significance of mountains in relation
to Japan’s history of natural disasters. For On Climate she is exhibiting works from her own
2015 series of collages, Atoms for Peace, together with works from Sammlung Artothek
Neuer Berliner Kunstverein. Through this method the montage intrinsic in her own collages
is opened up to incorporate the whole exhibition.