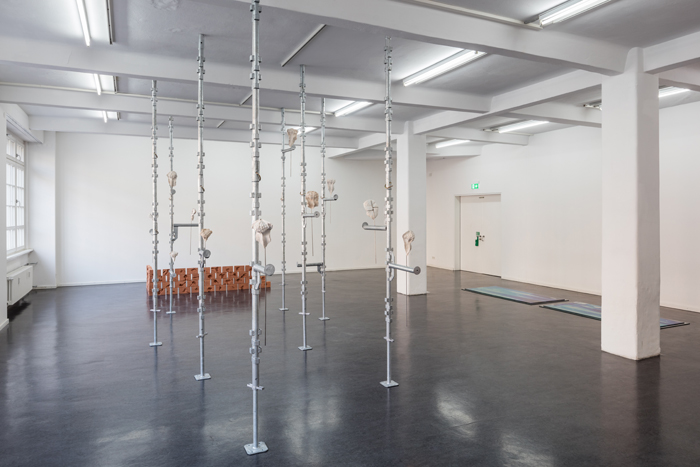 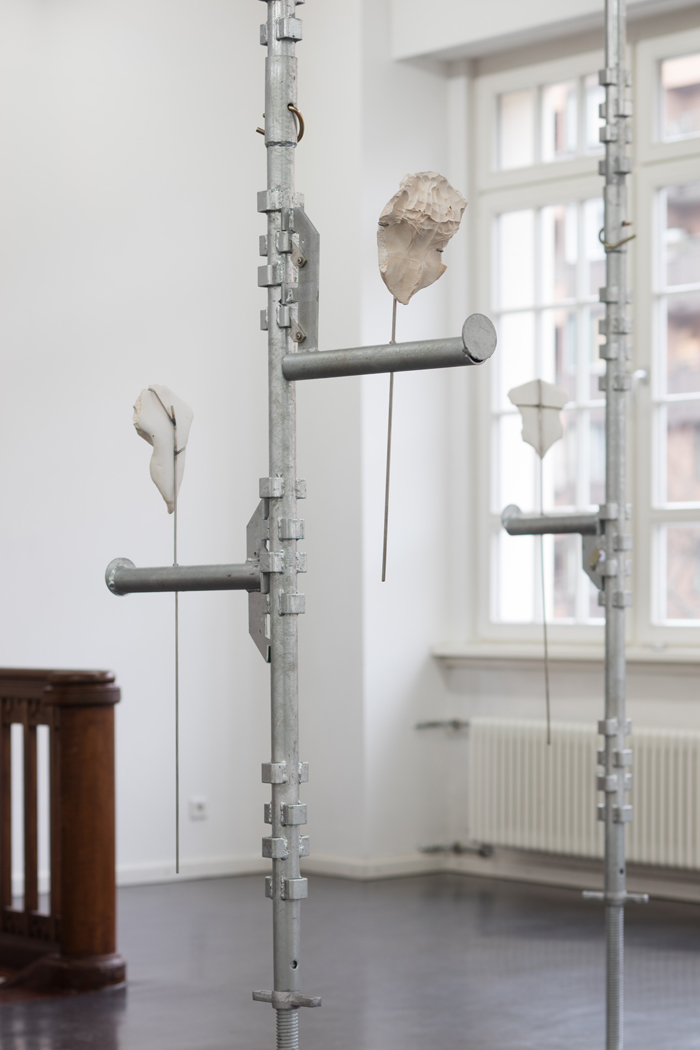 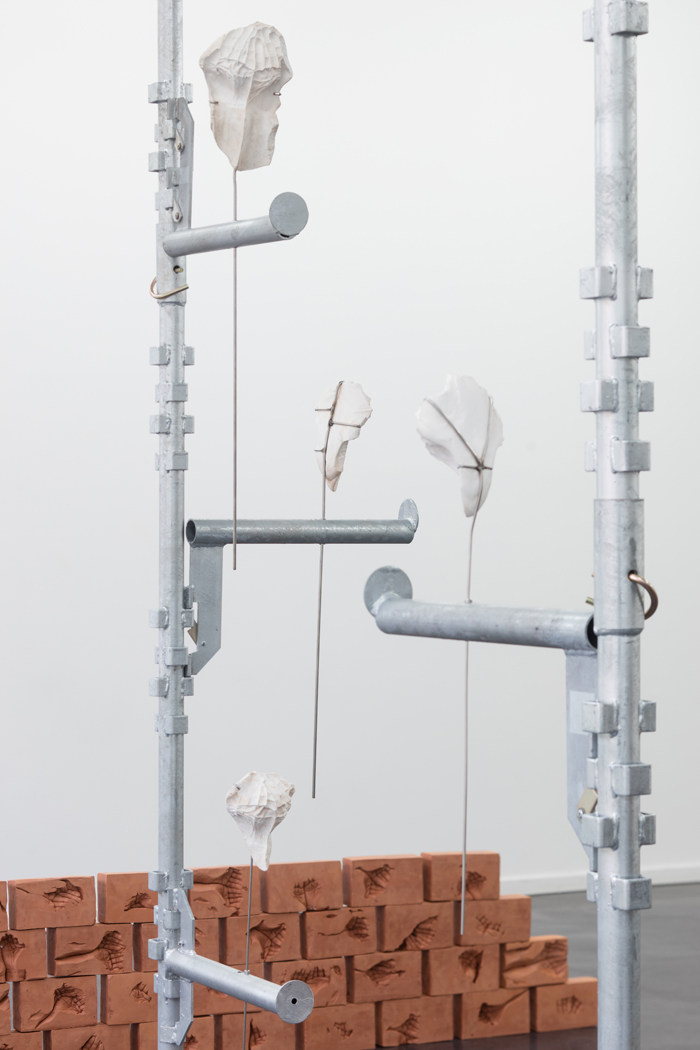 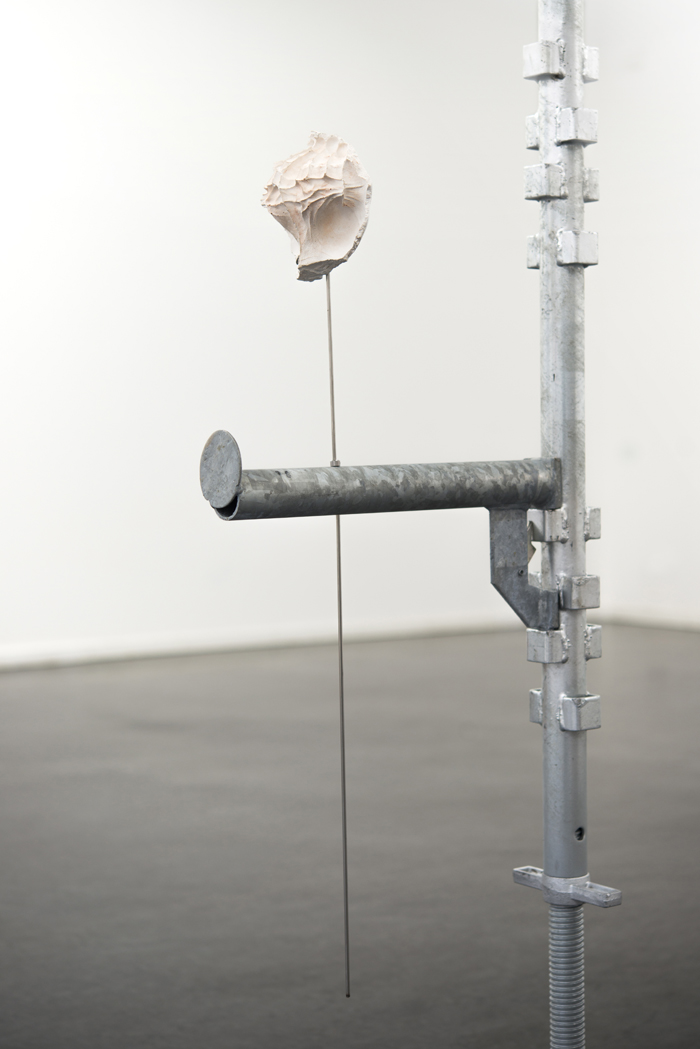 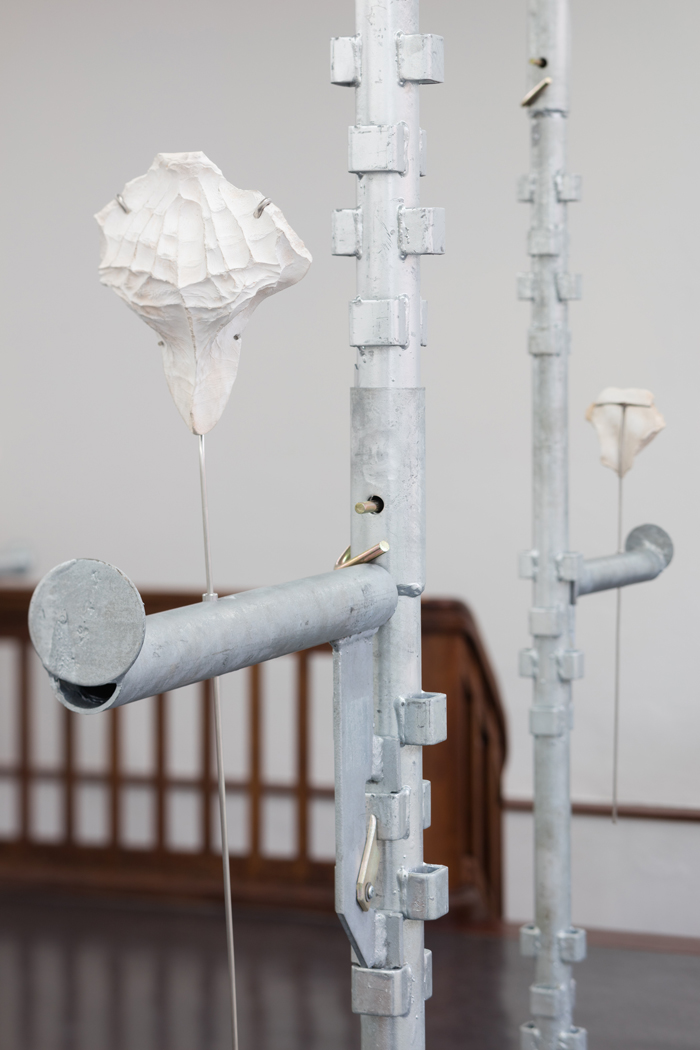 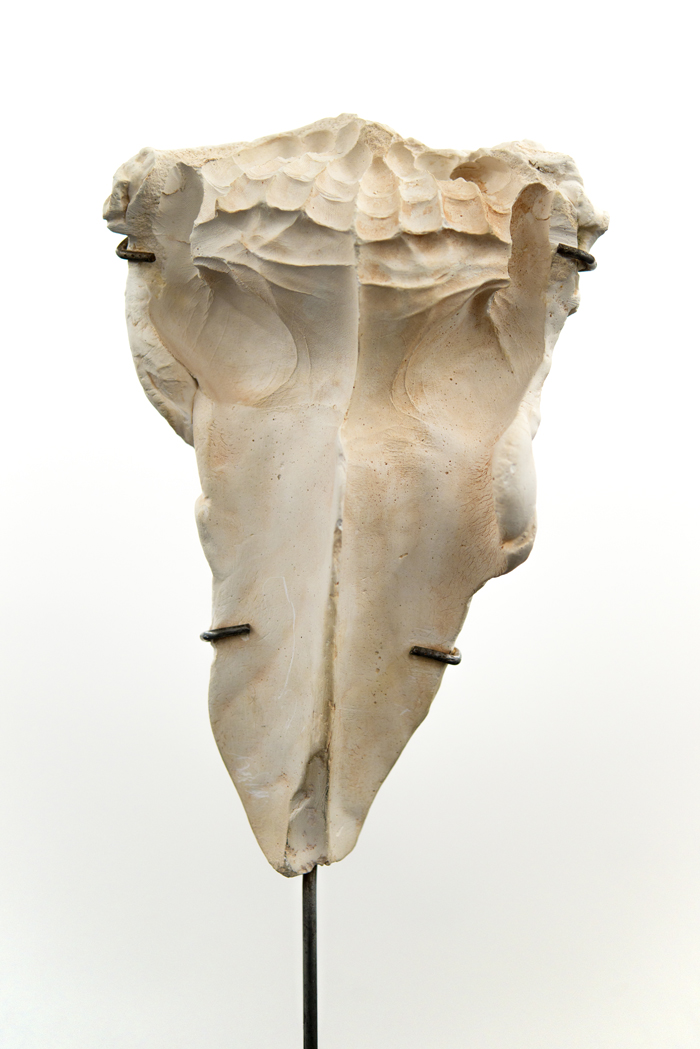 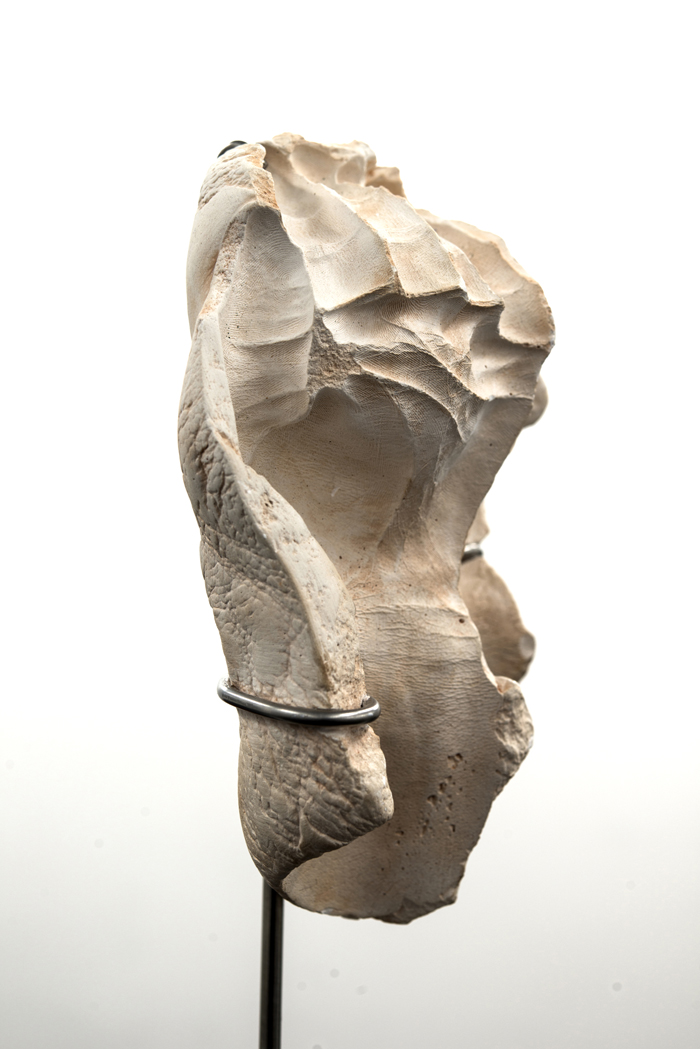 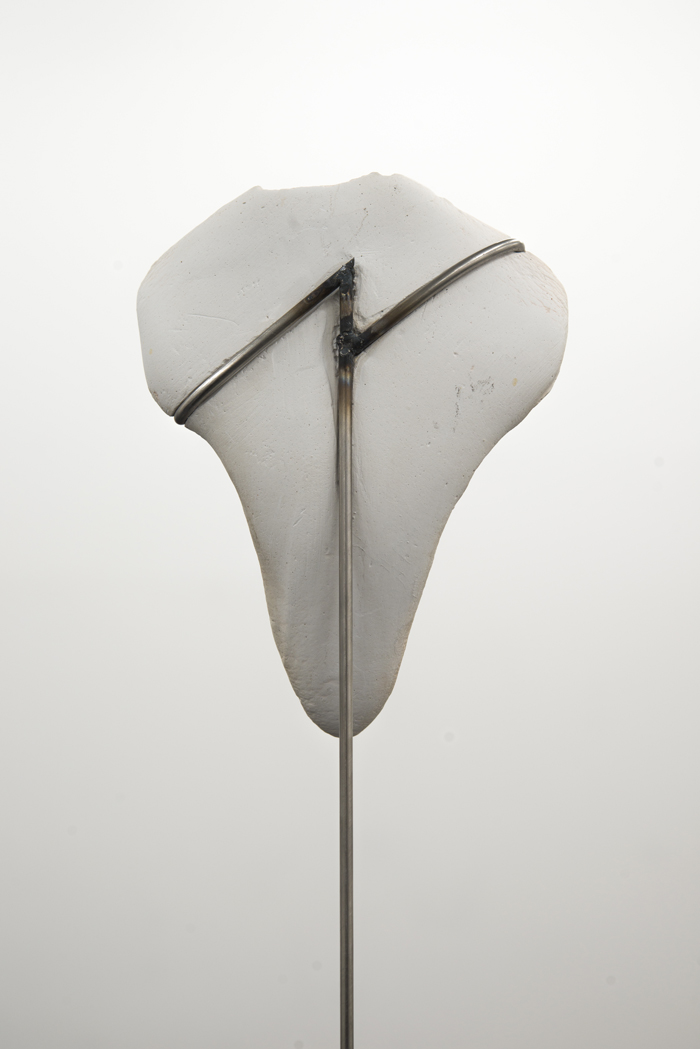 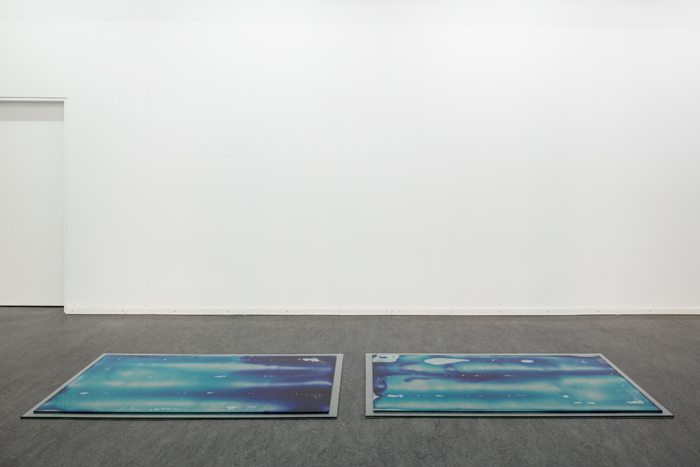 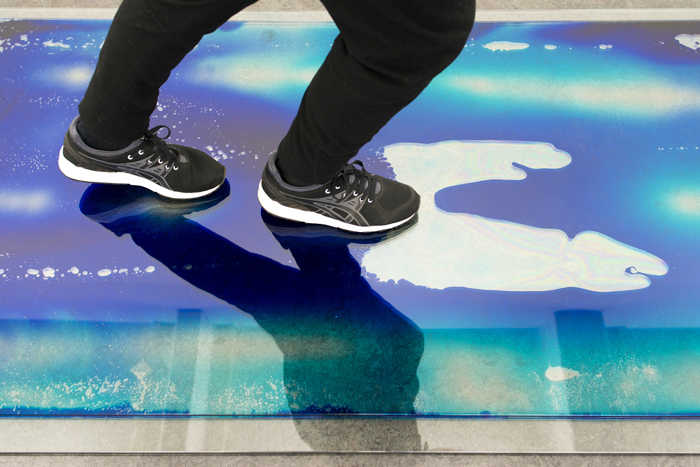 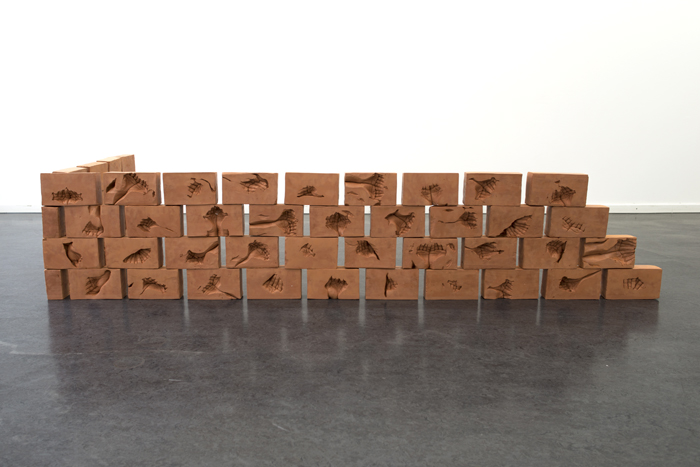 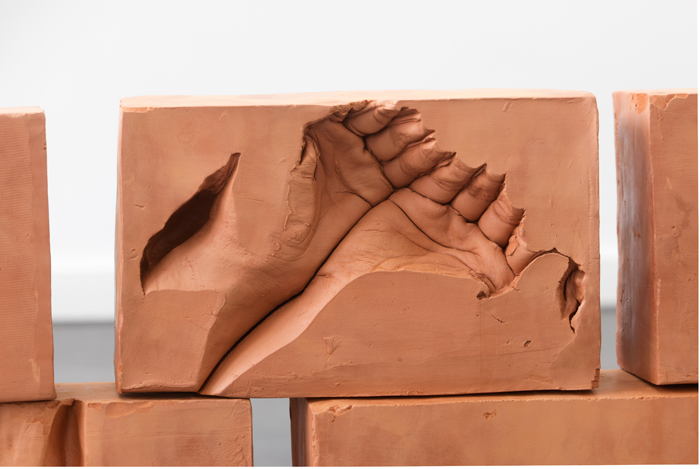 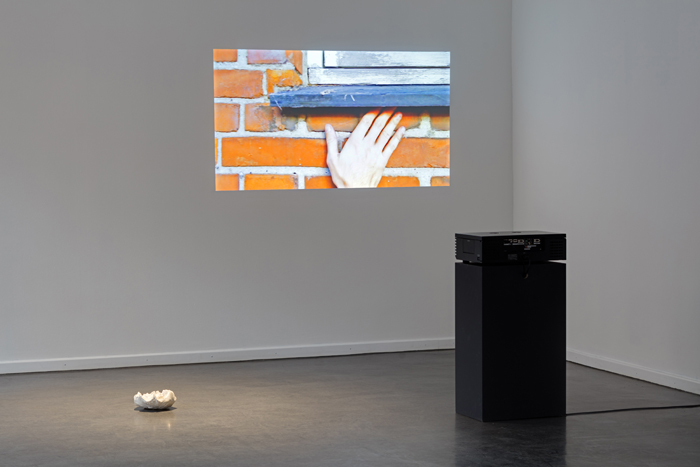 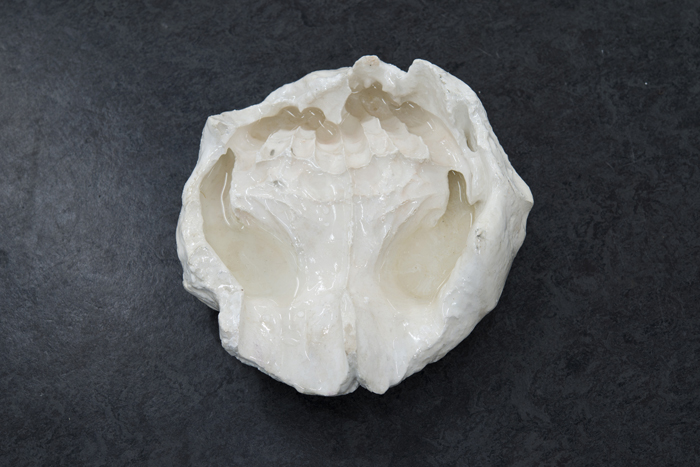 Fascinated by places and architecture with an innate historical
significance and narrative tension, Dan Stockholm practises a “creative
archaeology”, which includes field research and work with finds.
Recently, his works have been evolving from a “performative process”
which turns the finished piece into a container bearing the history of its
making within.

At Künstlerhaus Bethanien Stockholm is showing several process-
generated works.The installation HOUSE, for example, was originally
begun in 2013 only days after his father's death, when the artist in a
three-day performative action methodically touched his father’s entire
house on the outside centimetre by centimetre. This process ended
by Stockholm translating this process into object form by producing
a large number of negative plaster casts of his handprints. At the
Künstlerhaus, he has mounted these on ceiling-height, metal scaffolding
poles and in doing so created a spatial installation that exudes a curious
enchantment, inviting visitors to move through it as if in a forest. On
the ground floor, a video is shown documenting the touching of the house.

Another sculpture / installation by Stockholm consists of reddish bricks
that the artist made by hand – which is also the title of the work. He
used 12 of the handprints produced for HOUSE as tools for these,
pressing them into the damp clay, so that a positive imprint was created
in each brick. Afterwards, the bricks were dried out and have been
arranged by Stockholm within the exhibition space into a “palpated
architecture” and therefore into a new (narrative) structure. On the
upper floor of the exhibition space there is another piece by Stockholm,
a floor sculpture entitled Level (Blue Mare, Königsblau); in this case,
the artist leaves it to the visitors to discover, touch and develop/complete
the work.

For Dan Stockholm, the act of ‘touching’ has become a fundamental
part of his working process. The works shown at the Künstlerhaus
Bethanien each stand alone, but they are also part of a wider,
processual context – a never-ending cycle of ideas and stories, to which
we do not gain access directly through contemplation of the work, but
via retrospective activation of the narratives inherent in them.

Dan Stockholm, born in 1982, lives and works in Copenhagen and
Aarhus, Denmark. He trained as an artist at the Funen Art Academy in
Odense, Denmark, the State Academy of Fine Arts – Städelschule
Frankfurt am Main, and in Olafur Eliasson's class at the Institut für
Raumexperimente, Berlin University of the Arts. He is currently a
guest at Künstlerhaus Bethanien, receiving a grant from the Danish
Arts Council.