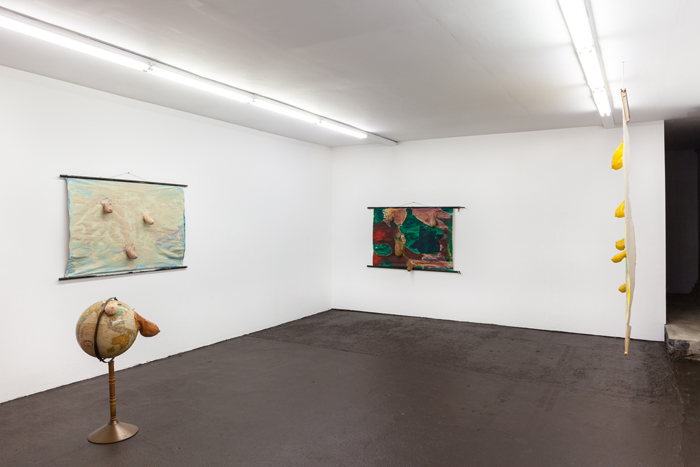 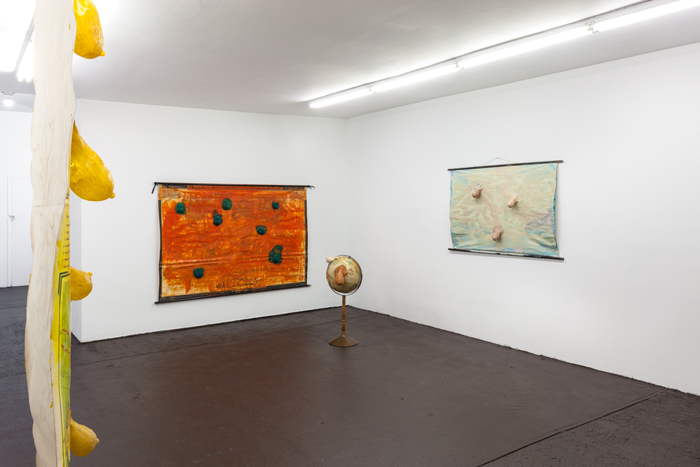 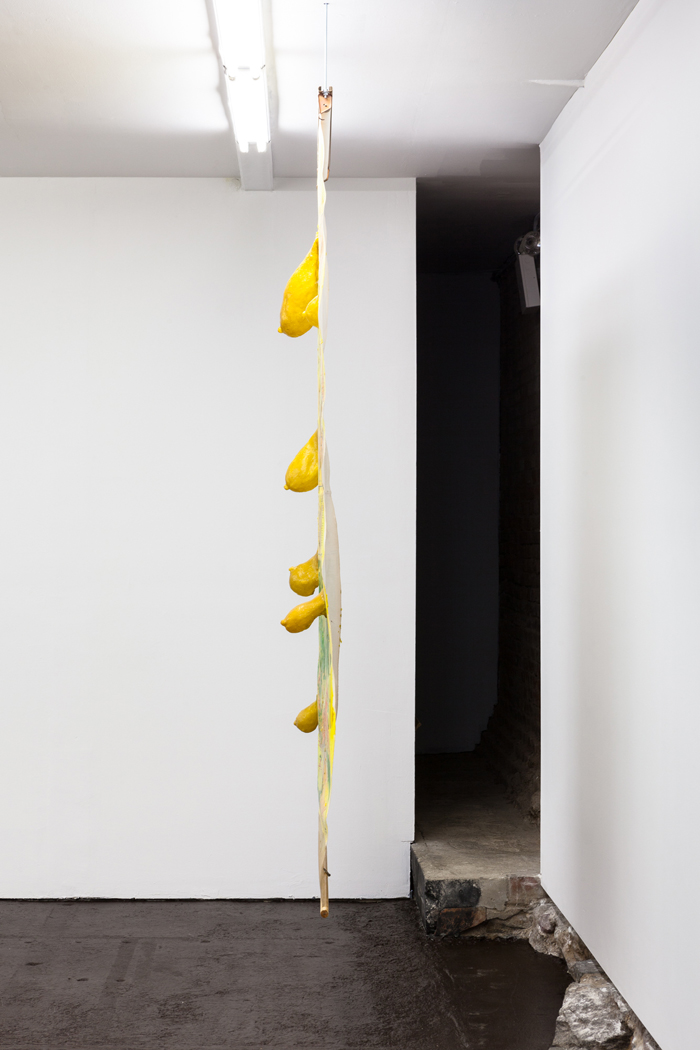 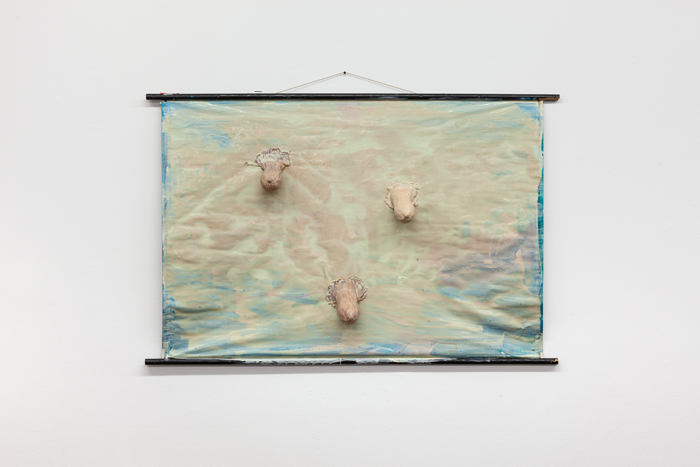 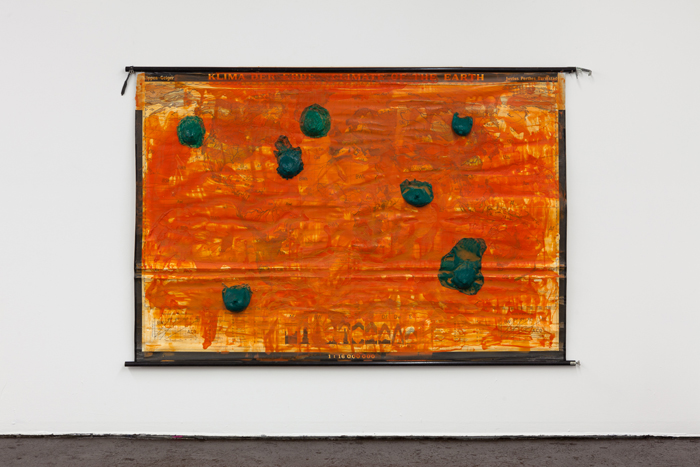 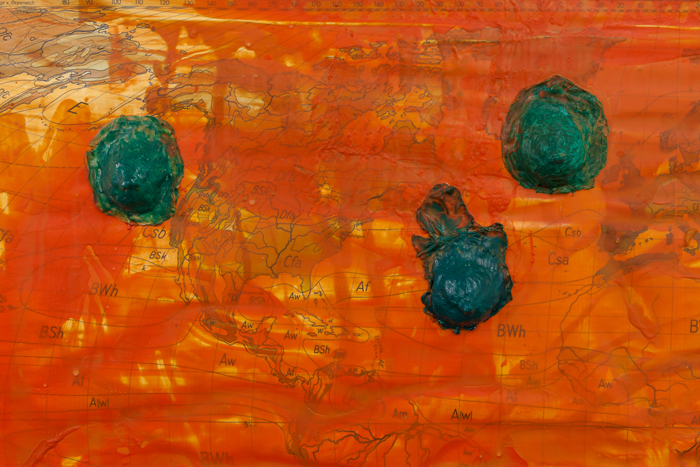 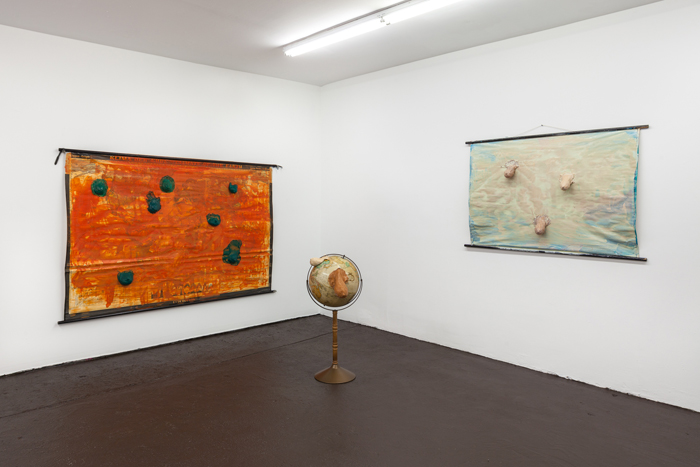 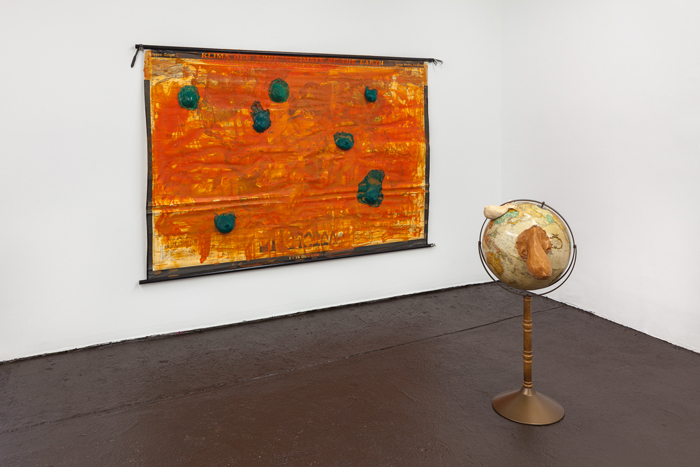 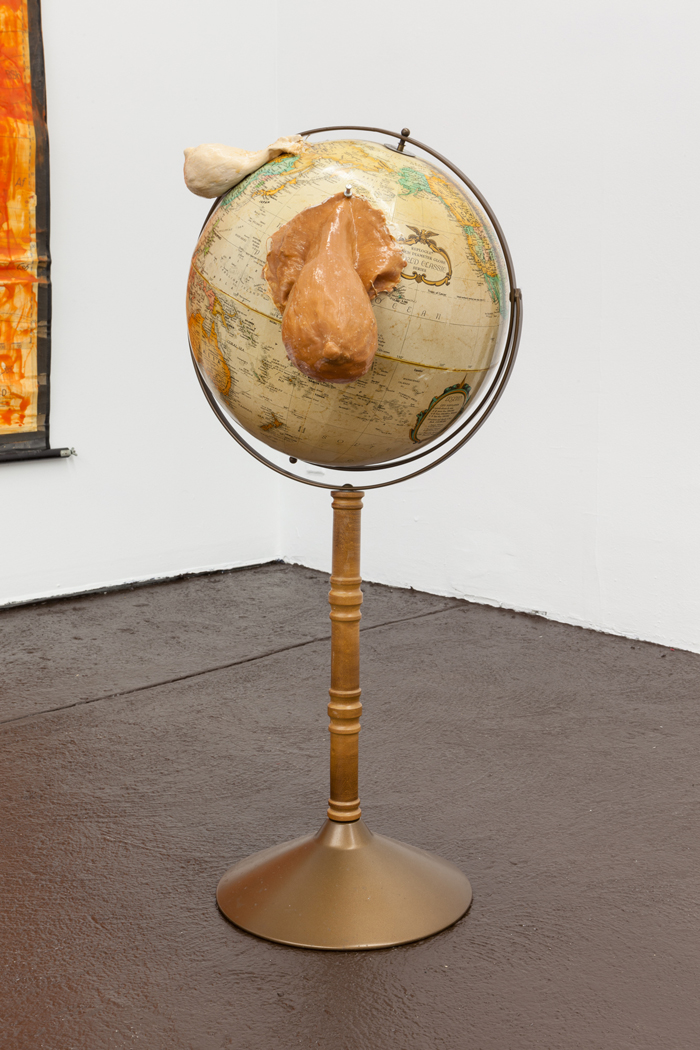 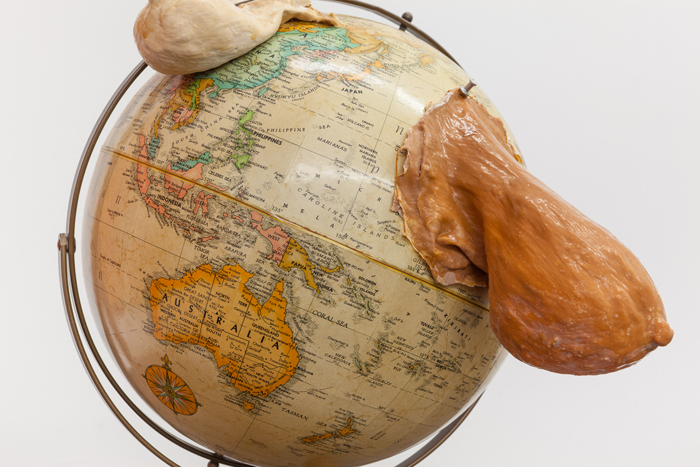 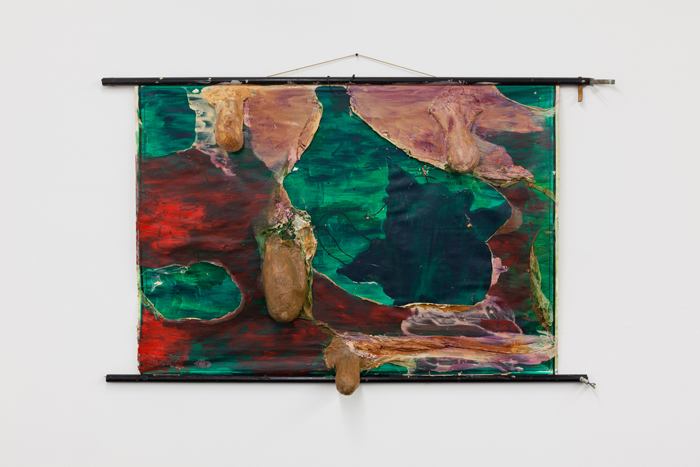 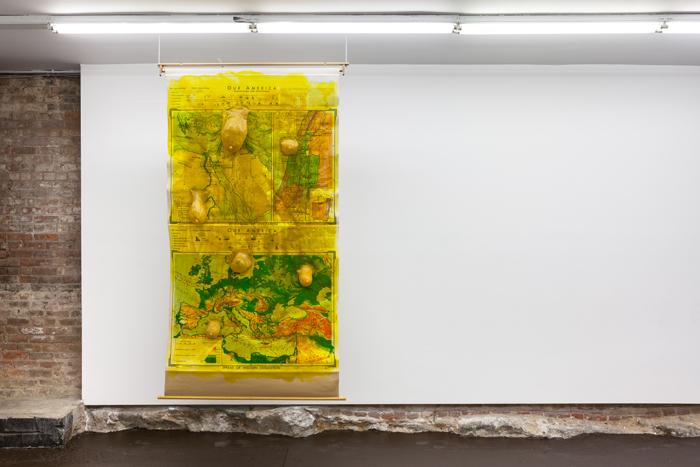 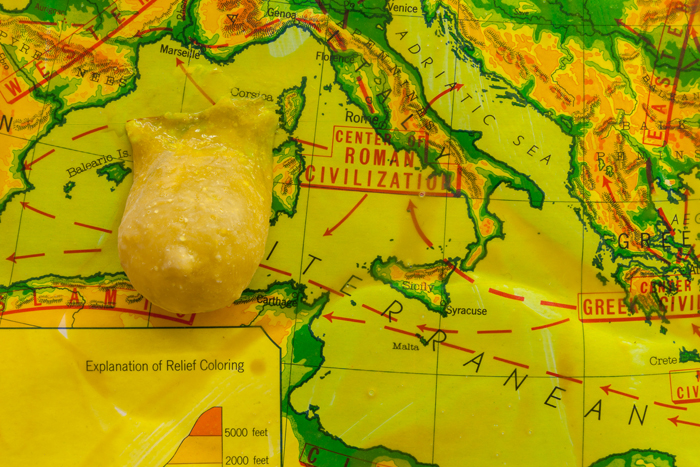 Swiss Institute is pleased to present the first institutional solo
exhibition in the United States of Olga Balema. For Early Man, Balema has
created a new series of works using maps and globes from a range of origins
and periods, which she has variously painted on and affixed with cast latex
breasts.

Using large expanses of color, Balema has painted over a number of large


schoolroom style maps, which display population statistics, geographical
borders and average temperatures. Predominately outdated, these highlight
the limits of a cartographic impulse to capture a world constantly in flux.
Picking out geographical areas based on shape and composition, washing over
text and obscuring information, Balema renders these pedagogical,
authoritative displays both messily fluid and obsolescent. The maps’ lofty
ambitions to objectively analyze the world are dragged towards the
earthbound by the addition of lumpy breasts, which sag and protrude in
tragicomic fashion. This pull towards the floor hints at a material
exhaustion, suggesting that the historic personification of the Earth as a
nurturing mother might be seen as something closer to a tired mom. Corporeal
in presence, the works express altering states of fecundity and depletion.

Olga Balema: Early Man is the seventh exhibition in the ONE FOR ALL series


at SI. Building on Swiss Institute's long history of providing a platform
for emerging artists, each show will be the artist's first institutional
solo exhibition in the United States, with a newly commissioned body of work
specifically created for the exhibition space. Swiss Institute is grateful
for support from the VIA Art Fund, Presenting Sponsor of the ONE FOR
ALL series.