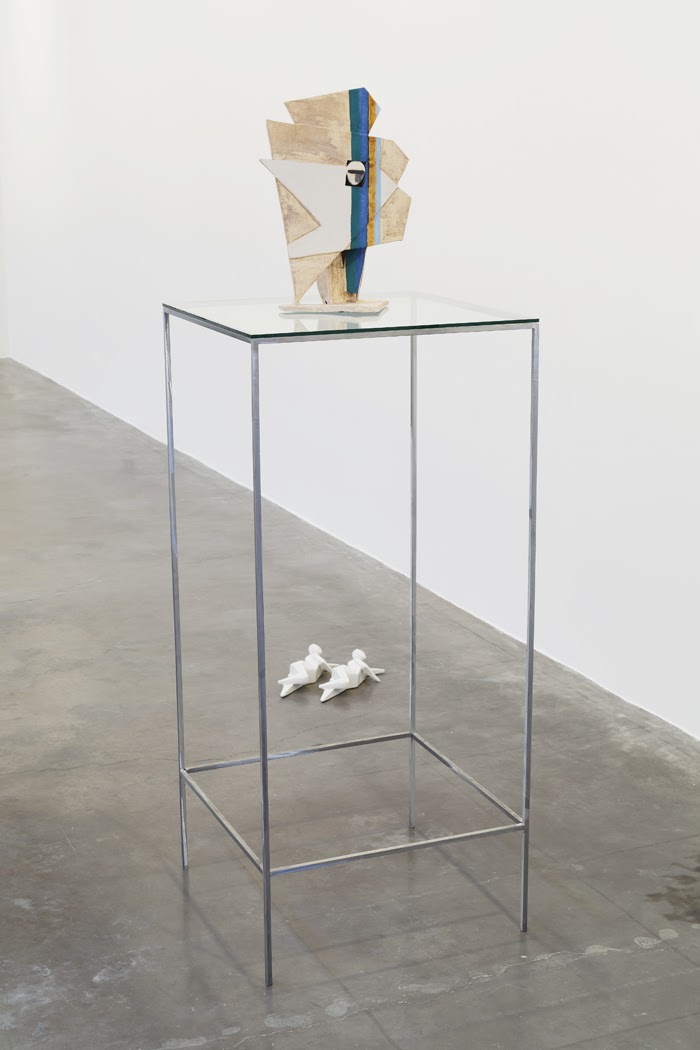 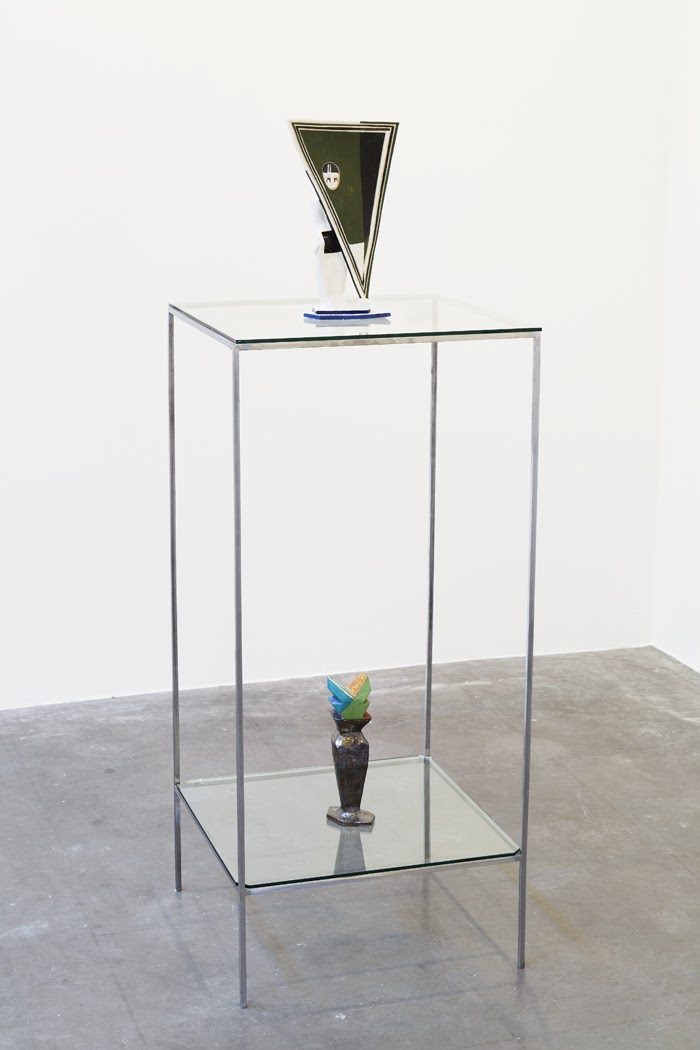 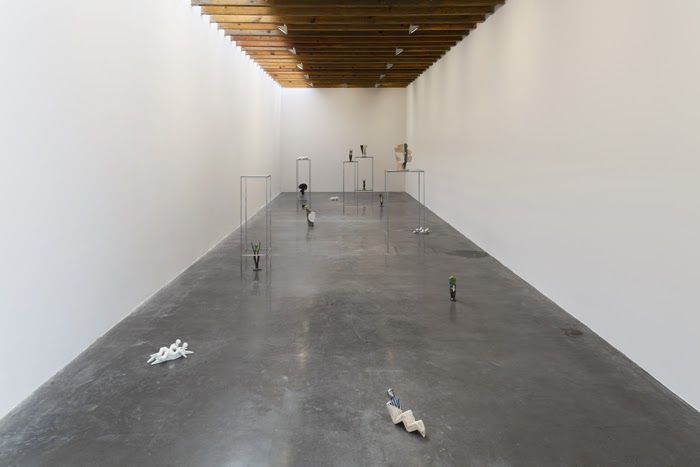 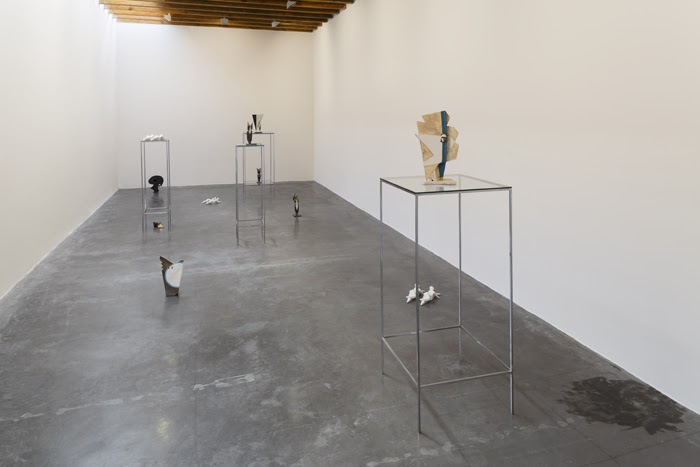 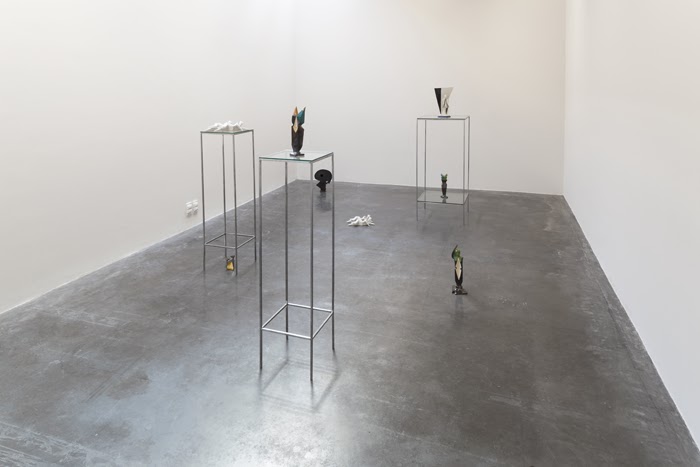 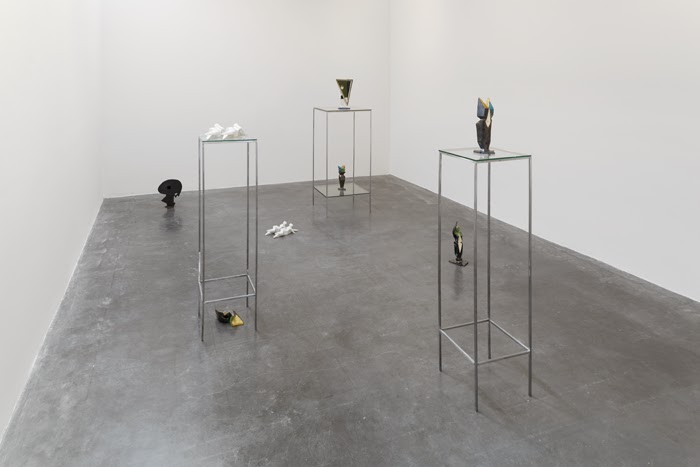 kurimanzutto is pleased to announce a solo exhibition of the Mexican, currently Prague-based artist Jimena Mendoza.

Possessing a penchant for applied arts, craft and design, Mendoza works primarily with glazed ceramics, collage and drawing. Until recently, her iconography has been drawn predominantly from indigenous cultures and Mexican handicraft, which she ﬁlters through her own idiosyncratic vision, and thus renders up a deliberately pseudo-anthropological perspective on the evolution of culture.

For her exhibition at kurimanzutto, Mendoza continues in this same mode, expanding it to include a strange and bewitching iconography. The artist has created a series of small, ceramic glazed sculptures whose imagery issues from a number of disparate sources.

These range from pre-Hispanic artifacts to former Eastern European depi cti ons of futuri sm, space travel to German expressionist cinema, as well as continental modernism. Indeed, seemingly the byproduct of some anachronistic crucible, the works almost look like they could have been models for a Soviet science ﬁction ﬁlm about space travel in which Martians are actually Pre-Colombian warriors whose angular features are evocative of postwar Brutalism. The name of this impossible ﬁlm could have been Konstelovat, which is the name of Mendoza’s exhibition. Coming from the Czech verb to constellate, the  word is of interest to Mendoza not only because of its descriptive function but also due to the possibility of it being interpreted as a proper noun– as if the Konstelovat were actually a being and these objects were his/her properties. The stuff of a wholly personal and idiosyncratic anthropology, this work is at once classical, in terms of how it is made – glazed ceramic – and utterly contemporary, in so far as such radical cultural hybrids seem most possible in the 21st century. As full of contradiction as they are of unlikely juxtaposition, these sculptures contain and synthesize a series of incongruous spaces and times, dreaming the future of a bygone past as much as they ﬂuidly and subjectively concretize an elusive and ﬂeeting present.