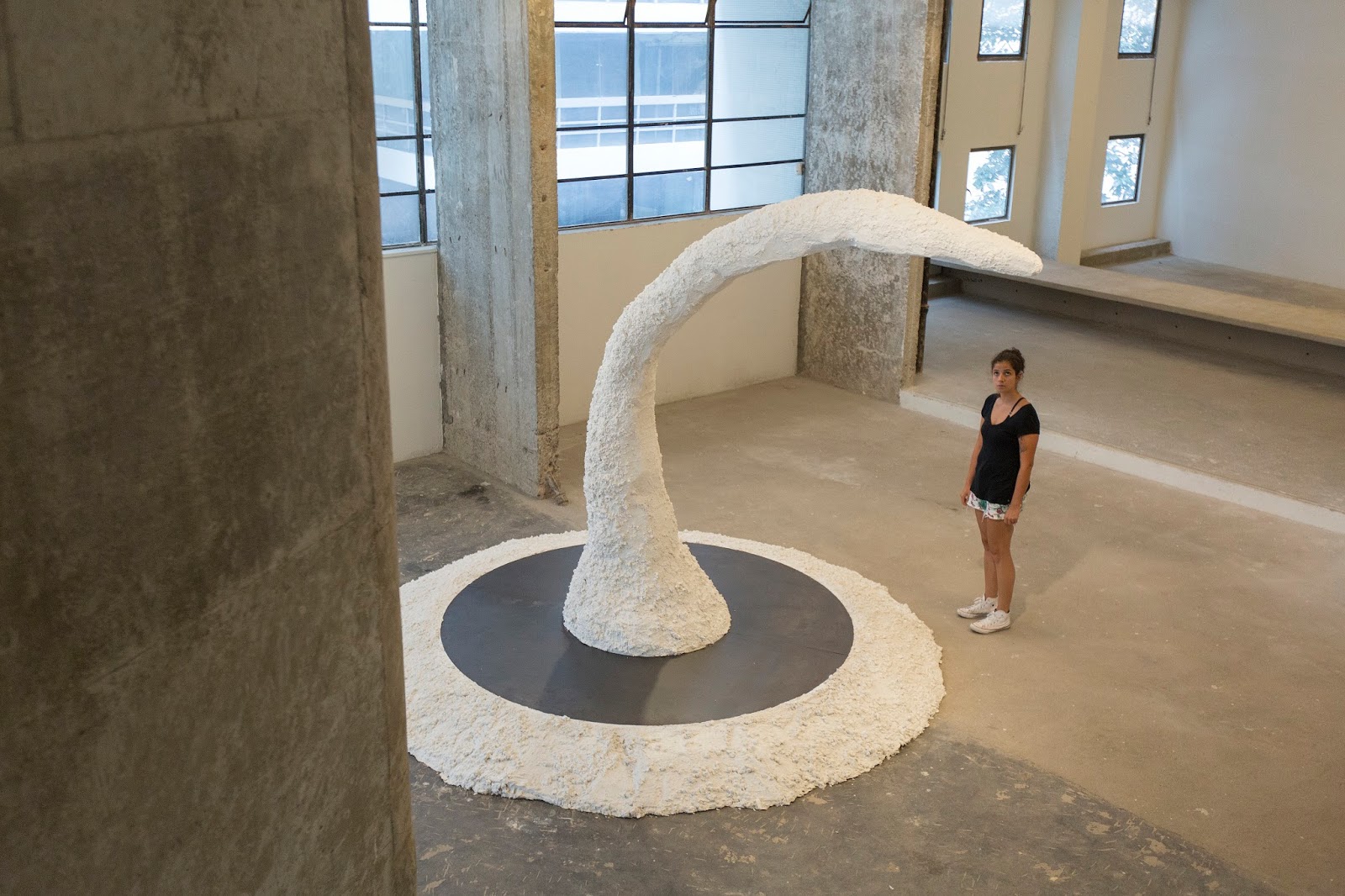 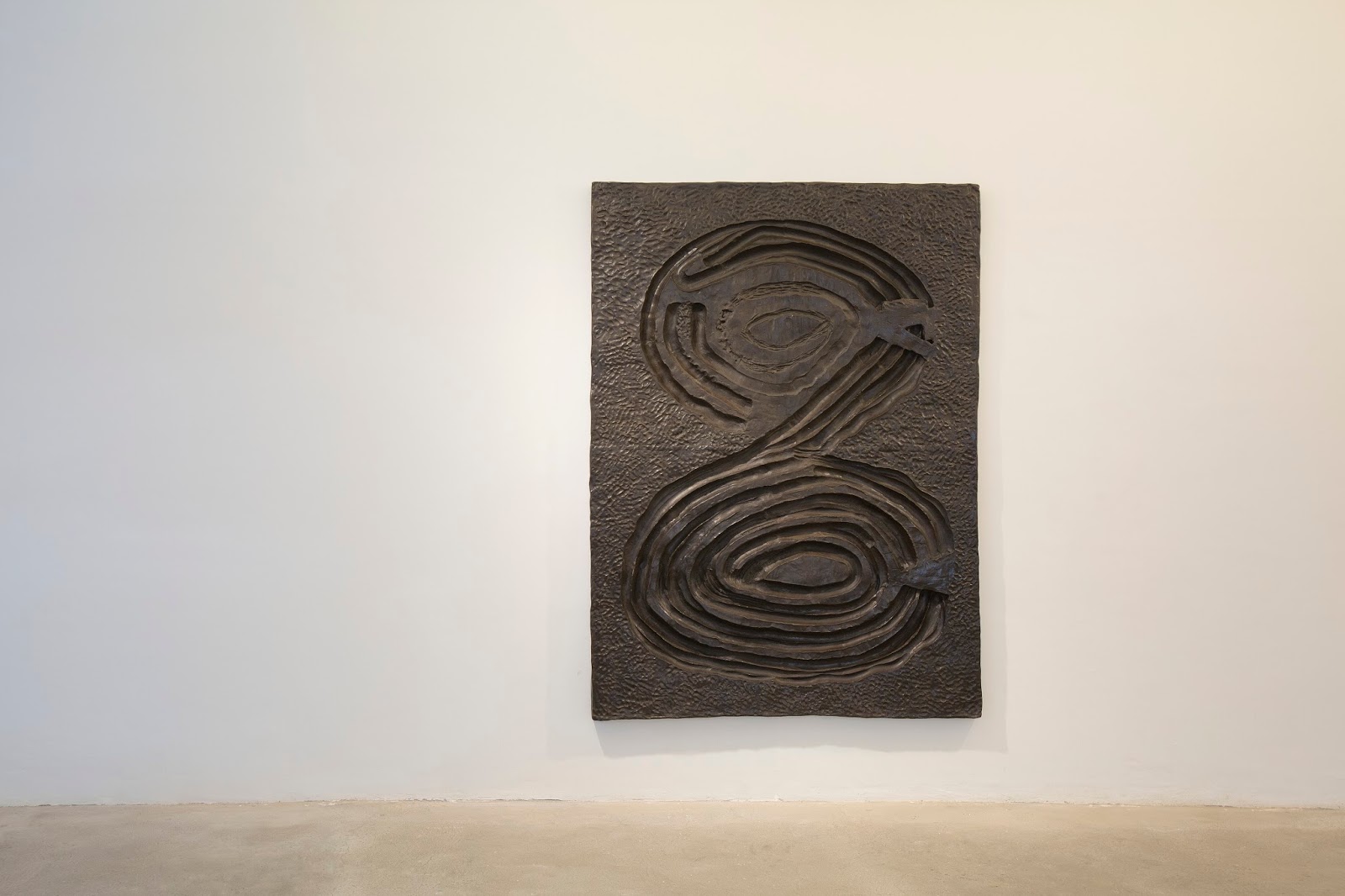 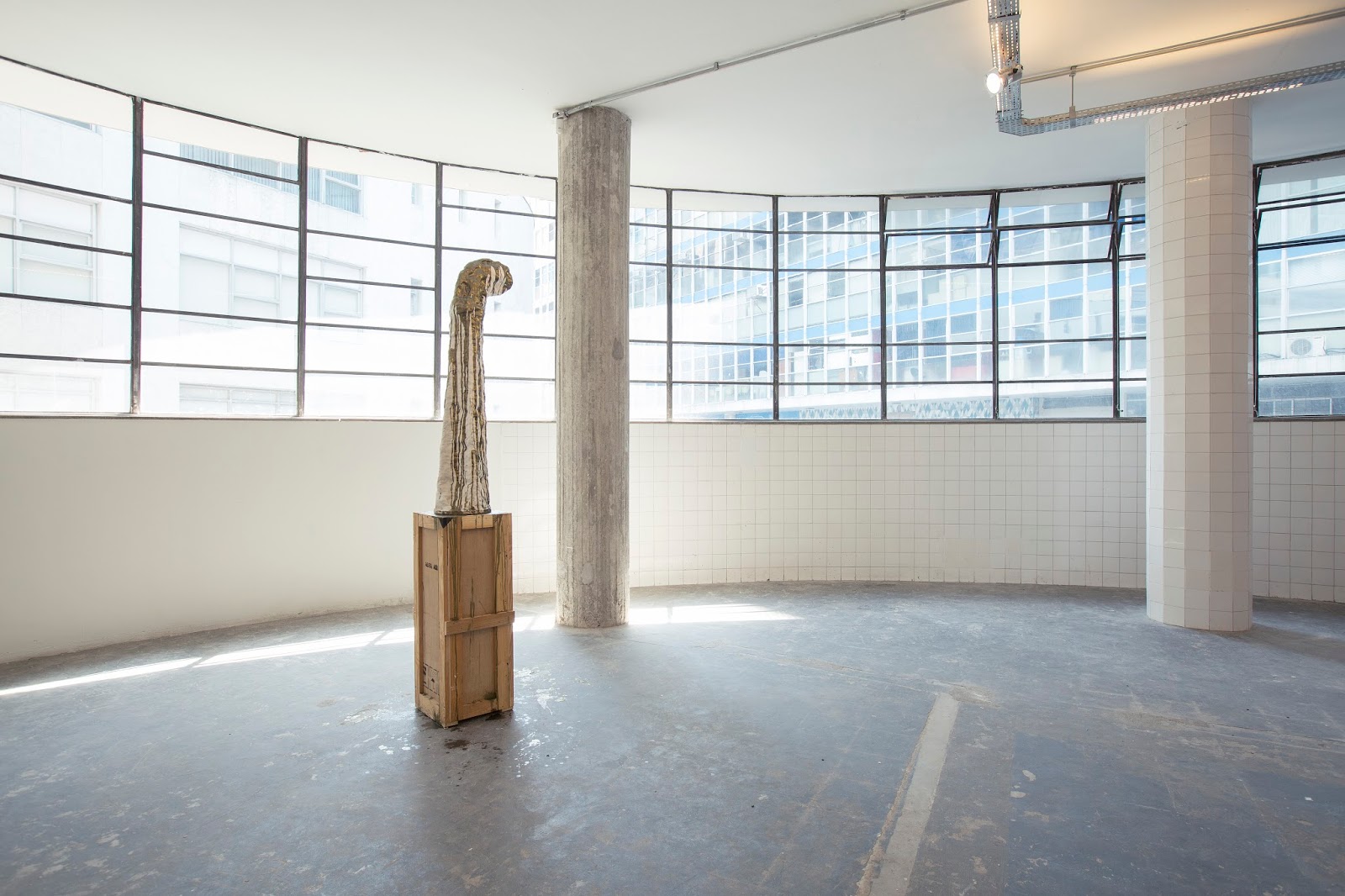 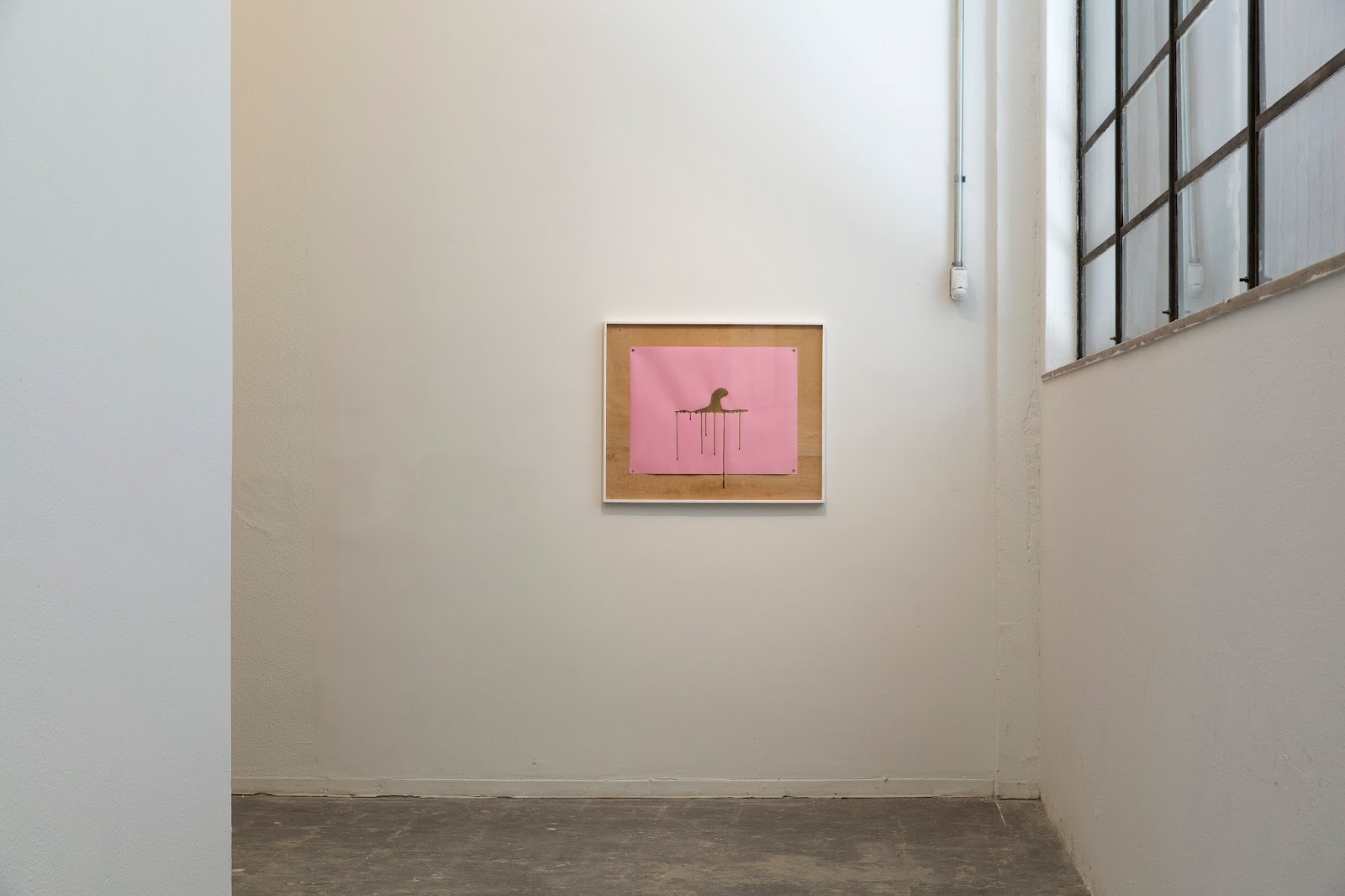 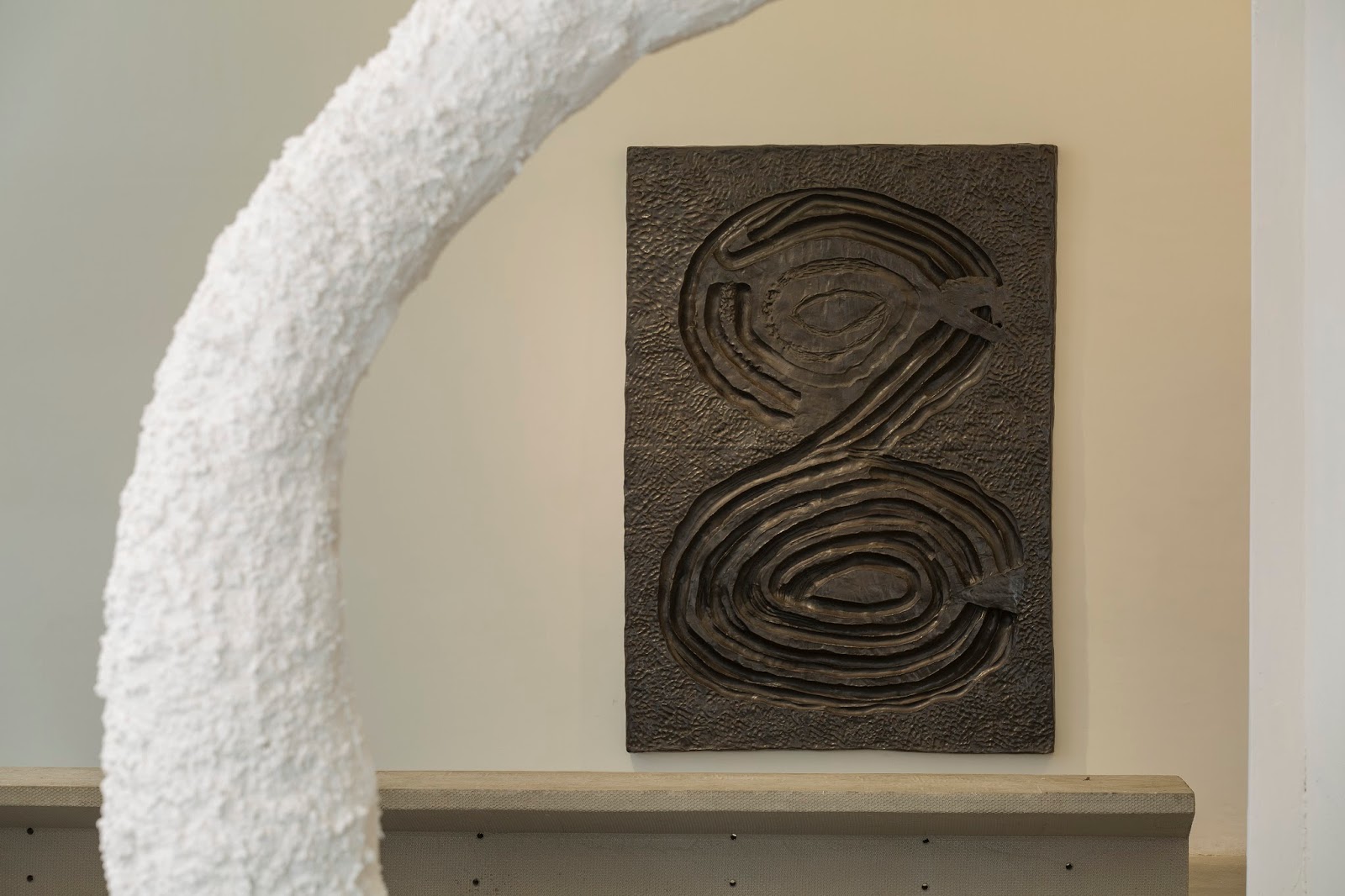 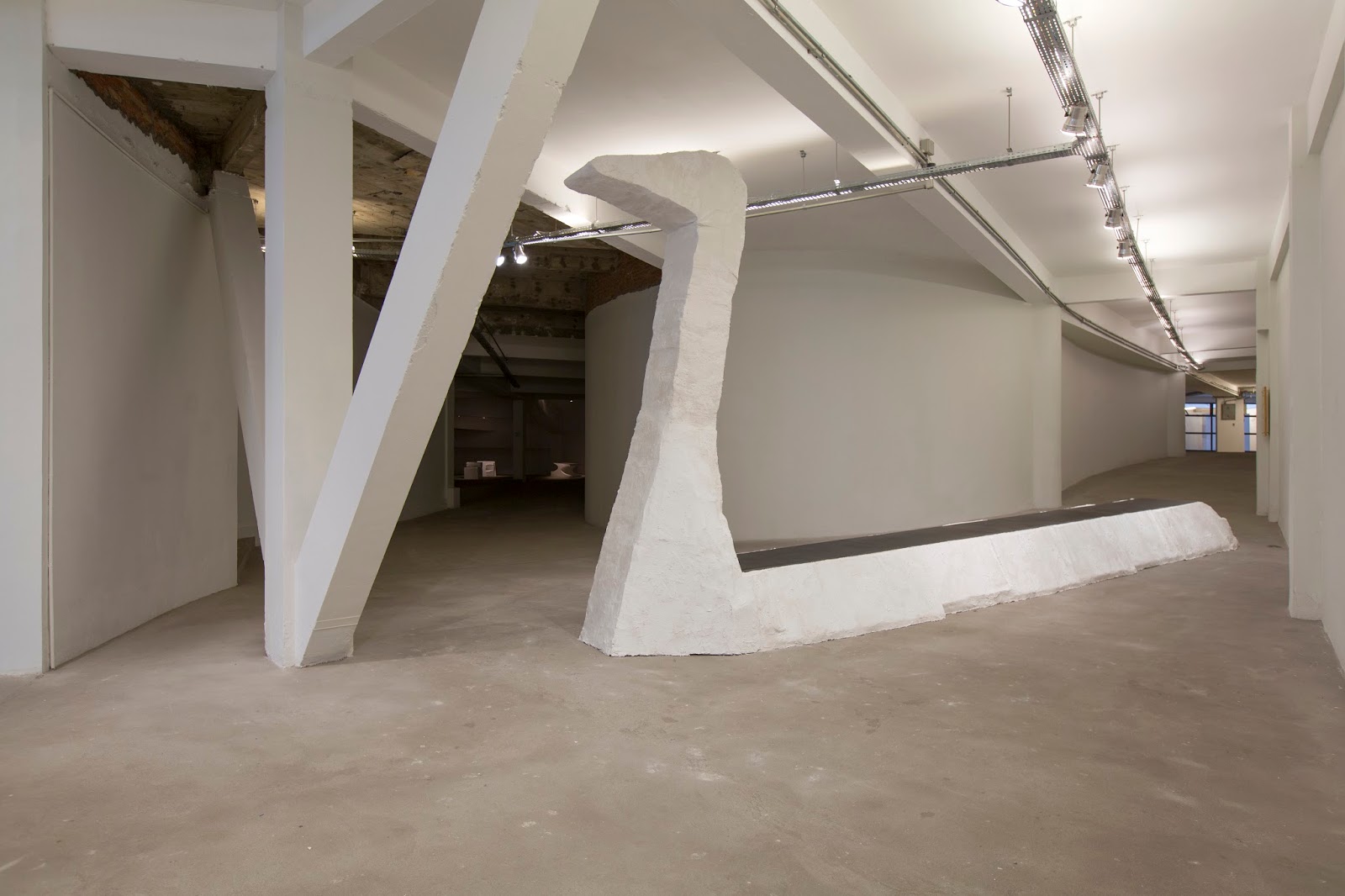 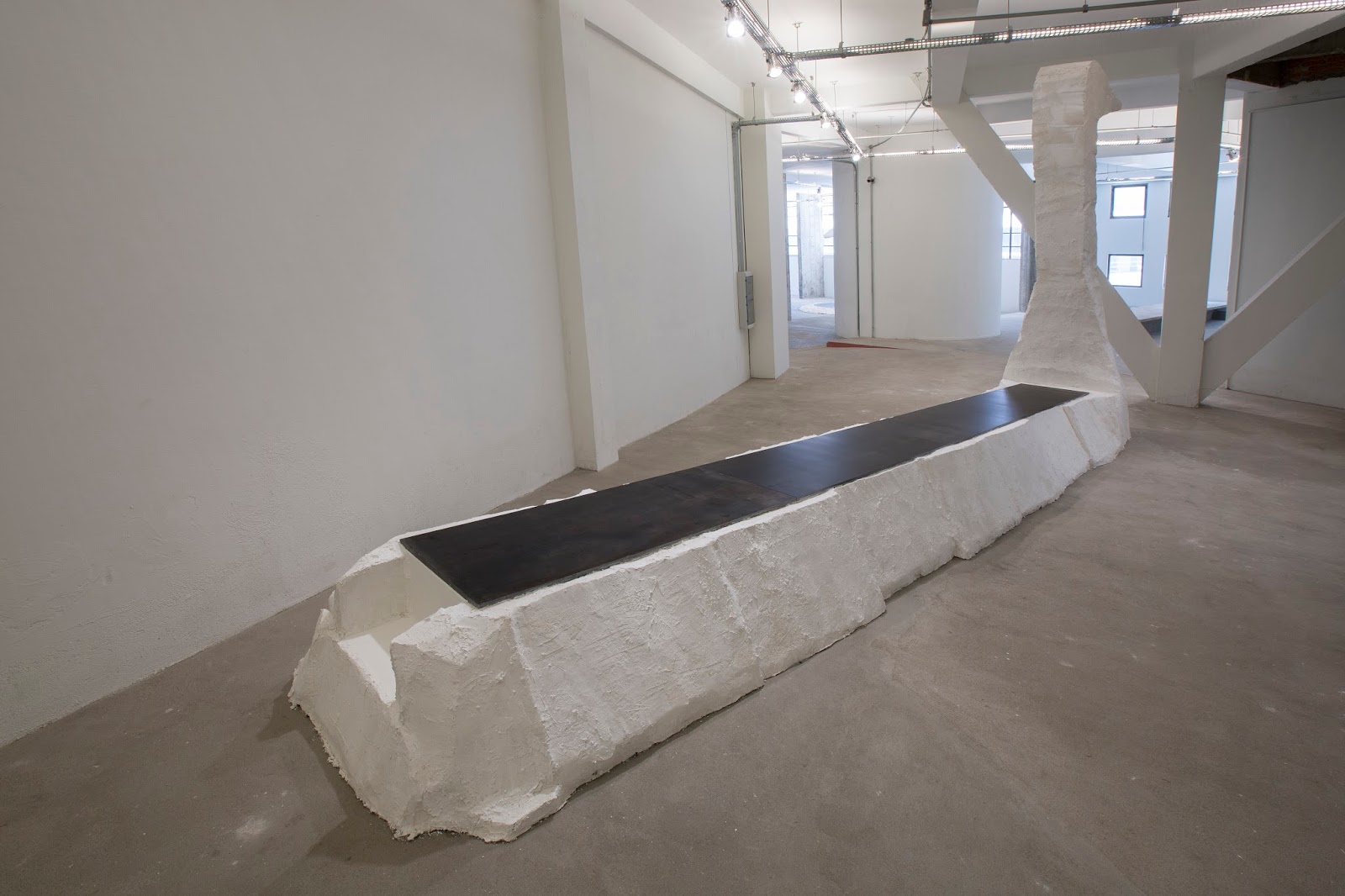 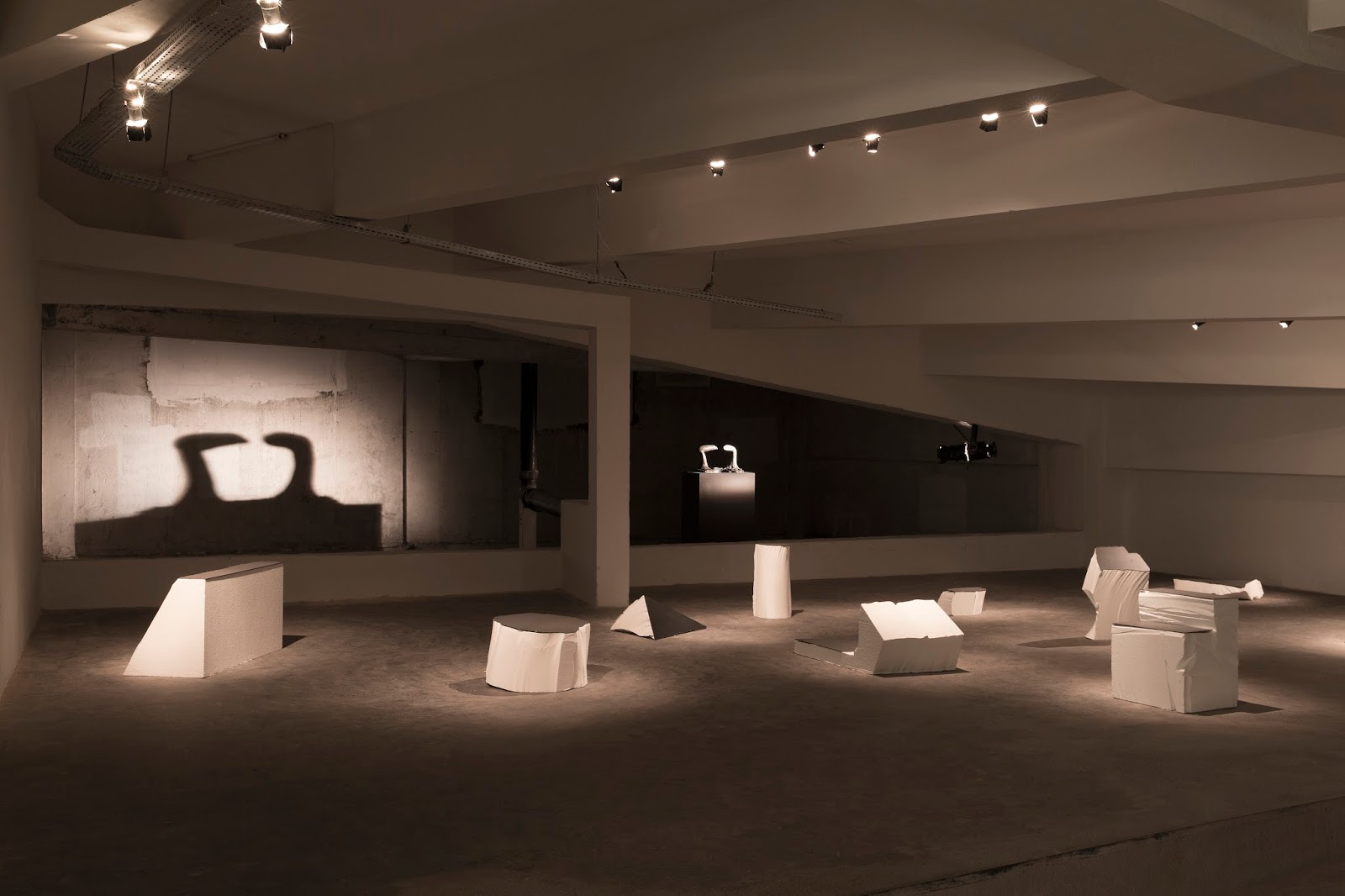 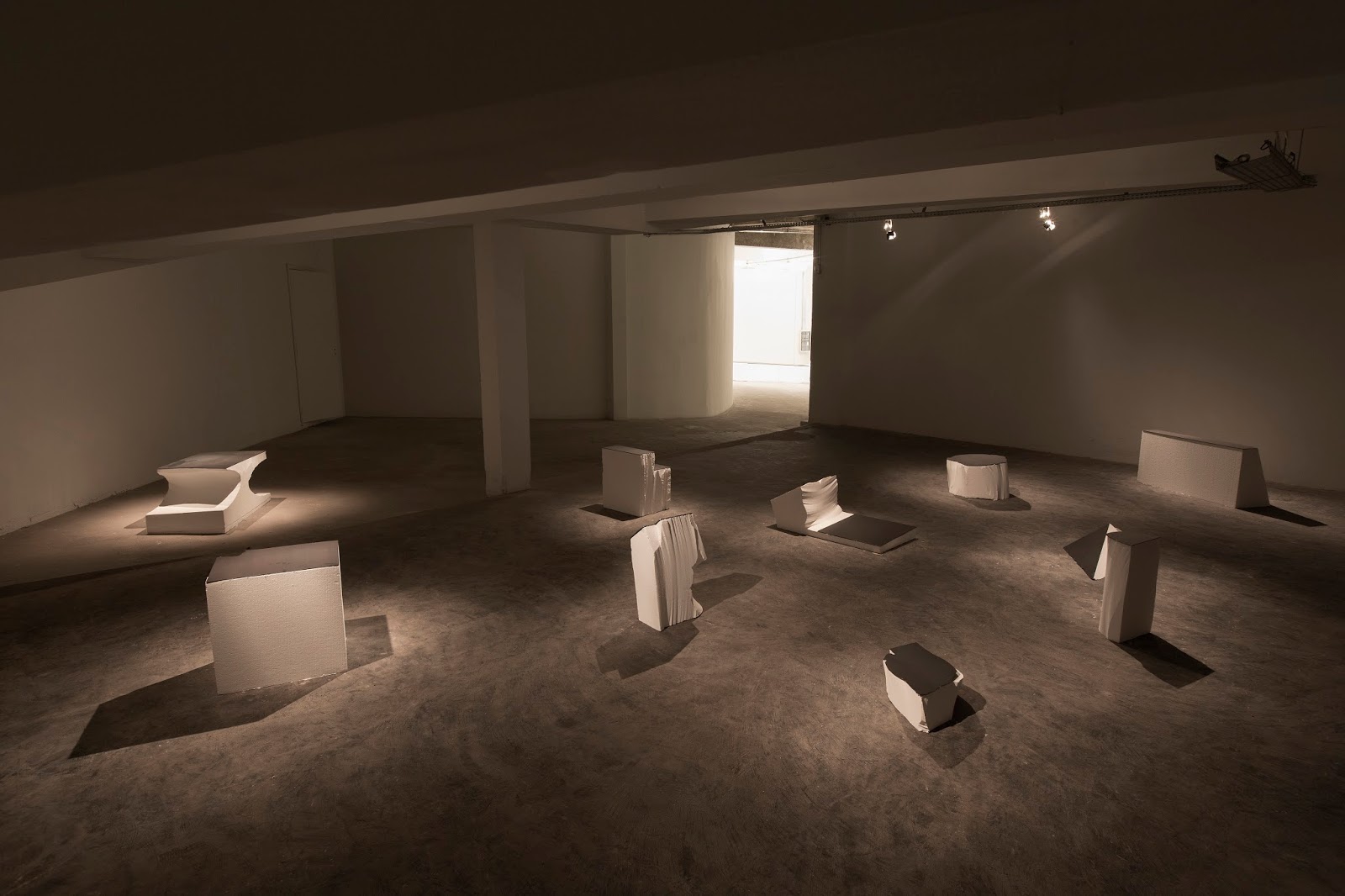 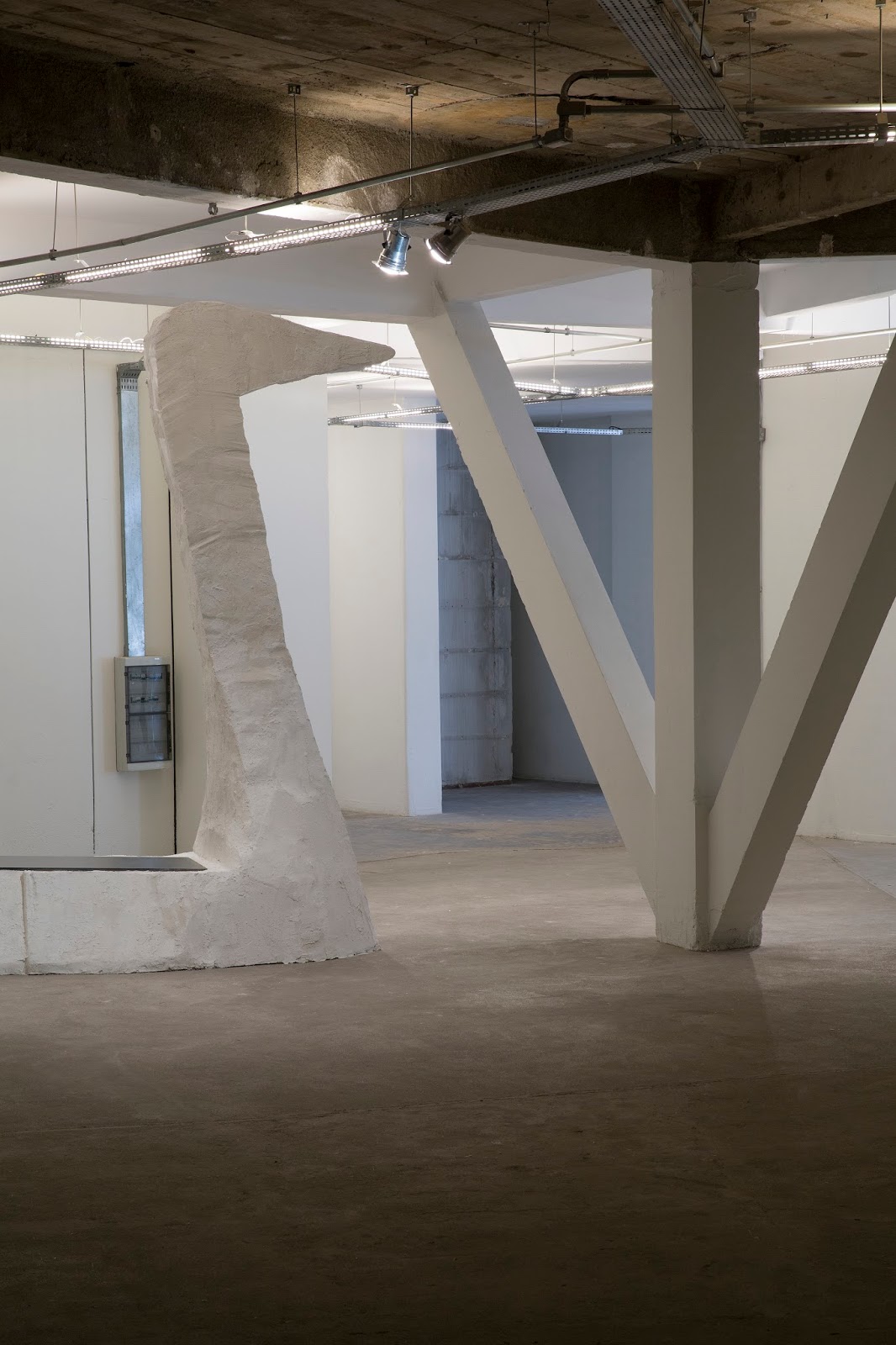 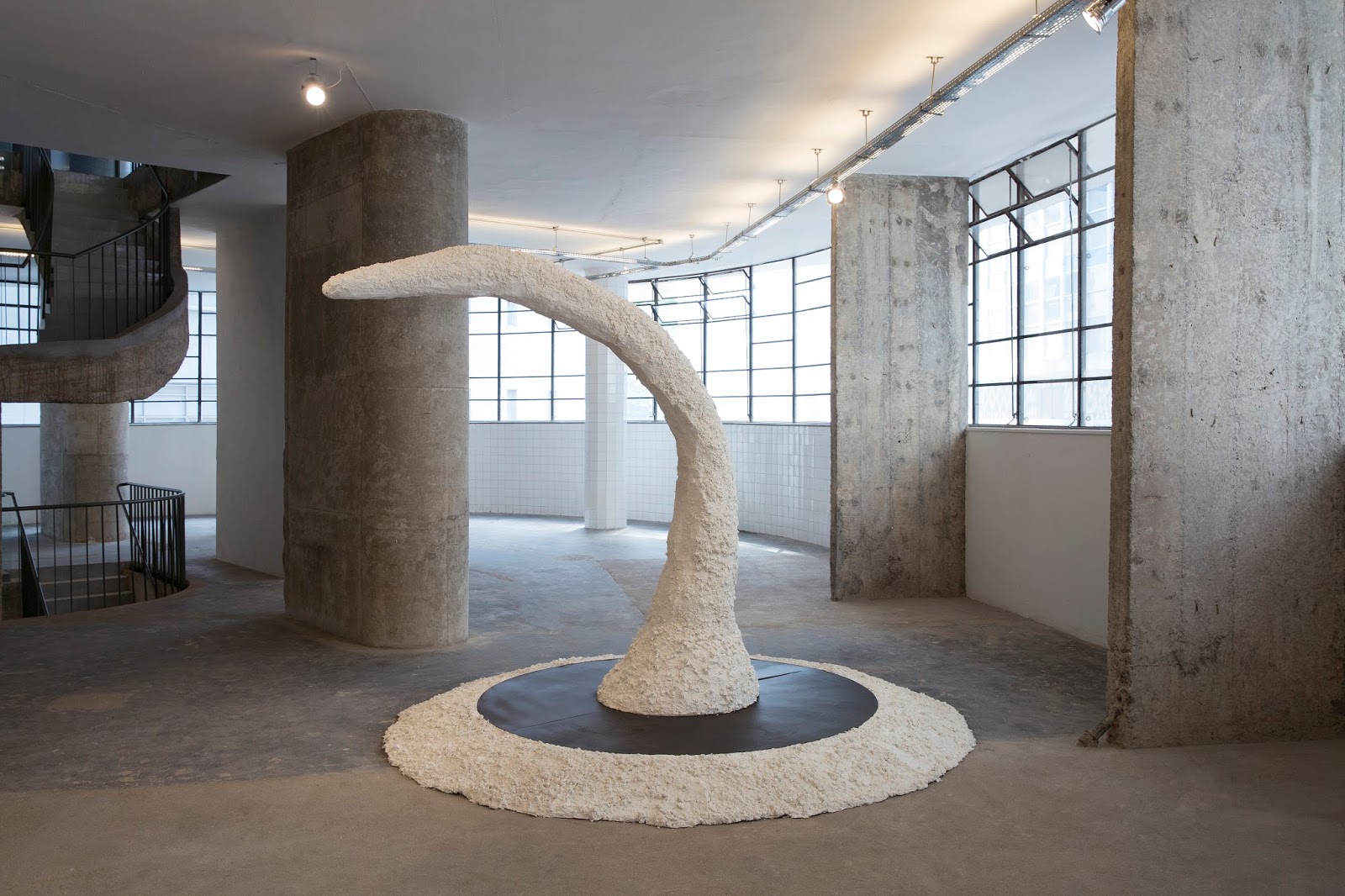 In 2010, I went to Fortes Vilaça gallery to meet a friend who worked there. While waiting, I came across a strange creature in the backyard. It was a kind of giant monster, but for some reason its massive scale and weight weren't intimidating. Instead, its fragile balance made it look harmless, even docile, and the initial sensation of strangeness led me to an inevitable question: what is this thing? My friend told me it was an artwork by Erika Verzutti – Bicho de 7 cabeças (Seven-headed Monster) - a collaboration between several artists. The form, disturbing albeit seductive, didn't fit any of the categories within my basic knowledge of art history or my visual repertoire. An illogical glossary of references sprung to mind: indivisible, installation, sculpture, James Ensor, metamorphosis, formalism, ready-made, obtuse, collective, irony, Ultraman.... Nothing could objectively explain such creature. The question that spontaneously came to my mind after that first contact with the Seven-headed Monster seems to be the only possible definition for the sweeping experience I had at the time and that has connected me affectively to Erika Verzutti's work ever since.

Today I am revisiting this memory to work with the artist on her solo exhibition Cisne, Pepino, Dinossauro (Swan, Cucumber, Dinosaur) at Pivô. The selection of artworks proposed for this show derives from the gesture of pulling different materials vertically. For many years, the artist has been collecting potential links between shapes resulting from these modelling exercises and various references. The first enquiries included in this personal analogical dictionary date from the beginning of the 2000s, amongst which are Cisne com pincel (Swan with Brush) (2003) and Tarsila (2004). The latter alludes to Tarsila do Amaral's painting Sol Poente (1929). Verzutti appropriates the form that the modernist painter described as a tree seen from her window, and associates it to the necks of swans and dinosaurs, as well as cucumbers, orthopaedic casts, asthma inhalers, courgettes and a succession of forms beyond any kind of classification other than the similarity of their outlines.

The artist's relationship with materials may be spontaneous but never random. Verzutti moves swiftly between raw clay - maybe the most forbidden material for the so-called professional artist - and bronze. When it comes to the choice of material, finishing, forms and the title of each work, these are rigorously linked together according to personal parameters. From the kitchen to art history, from mythology to soap operas, in Verzutti's works, logic and intuition are never opposed. French mathematician Jacques Hadamard – famous for demonstrating the prime number theorem - argued that intuition is the essential starting point of mathematical thought; and the task of any researcher in this field is to find the means for validating and justifying the products of their own daydreams*. The artist has been investigating the gesture guiding the selection of these works for at least 15 years, reinventing it, but always based on the same matrices, as in a pure mathematical theorem that refuses to find its practical application.

The title of the show replicates this methodology and reproduces the rhythm of the pieces throughout the space. Right at the entrance, an elongated vertical form - half dinosaur, half periscope - emerges from a crate to welcome the visitors. Nessie (2008), a domesticated version of the Scottish monster that inhabits Loch Ness, is one of the first works that exceeds the artist's own body scale. Its 8.2 feet height and stiff posture give it a certain solemnity despite the precariousness of the raw clay in which it is modelled. Unlike the original monster, free to swim in the vast lake and emerge whenever it feels like it, Verzutti’s Nessie is locked inside a box clearly smaller than its body and relegated to the condition of art object. This work, as many other examples in the artist’s production, provokes antinomies and tensions within the field of contemporary art: should the condition of art object be a privilege or a burden?

Further along, visitors see two colossal creatures, Cisne Passarela (Swan Catwalk) (2016) and Cisne Bambolê (Swan Hula Hoop) (2016). These two giants, structured with wood and iron and covered with what the artist describes as “techno-intuitive jumble” made of polystyrene, paper, fibreglass and modelling clay, occupy a large part of the exhibition space. Verzutti used models and a complex production structure to build this new work. However, the pieces don't fully cross the border between sculpture and installation. Despite their strong presence, these forms preserve their handmade nature; they have a site-specific ring to them, but also look as if they were not quite ready to have left her studio. Verzutti's swans also play the role of public art – they are sizeable and skilful enough to fit into this category - but they still seem amateurish. As if in a theatre set, which is only fulfilled by the presence of actors, they wait - proudly yet melancholically - for the visitors, as insinuating sphinxes who do not hide their danger.

Alone on a wall, a large bronze relief reveals an enigmatic figure. Entitled Cisne-Cérebro-Cisne (Swan Brain Swan) (2016), this sculpture has an esoteric presence. The spiral image sculpted on a large rectangular block turns itself into a kind of ideogram that condenses the memory of the gesture that permeates every piece exhibited in the show. Unlike the others, this work cannot be subscribed to the artist’s inventory of coincident outlines. Kept as a matrix, the bronze image ensures the continuity of her game of associations.

A different light emanates from a separate place within the exhibition. Walking towards it, the visitor can feel the uneven floor and the gradual lowering of the ceiling, highlighted by a set of descending beams. The experience of space was essential to the whole exhibition process. In this room, specifically, Verzutti took into account not only its unusual volumes but also its context; it is the underside of the seating area of the former Copan cinema. The artist used the different levels to create a contemplative situation. In the foreground, a series of forms, which seem to be rocks or stools, invite the visitor to become a spectator in this mysterious show, and a careful look reveals that the sculptures are actually made of materials left over from the big swans. In the background, the sculpture Tarsila com Novo (Tarsila with New)(2011) dramatically reveals itself. Under a spotlight, on a plinth isolated from the public, the arrangement reveals two bodies symmetrically facing each other. A ‘tarsila’ (perhaps the modernist painter’s original form already belongs to Verzutti by usucaption) and a cucumber face each other as lovers or rivals in the play we are watching. The observation of the sculpture’s unchangeable presence reveals the intersection between two moments in the artist's research. The first object results from the previously mentioned modelling exercises, and the second is part of her famous combinations of fruits and vegetables in bronze from the solo exhibition Missionary (2011).

Cisne, Pepino, Dinossauro, as everything Verzutti does, doesn’t lead to disclosures or univocal interpretations. The show is an exercise of dialogue between the artist and the space, and also a collection of possible synchronicities between different moments of her practice. Verzutti once mentioned in an interview that the smoothness of apples do not interest her - her preference for roughness, protuberances and challenging outlines in the objects she chooses to model may have found its most eloquent manifestation at Pivô’s unusual floor plans.