Through the fog: Descripting the present at State of Concept / Athens

Through the fog:
Descripting the present 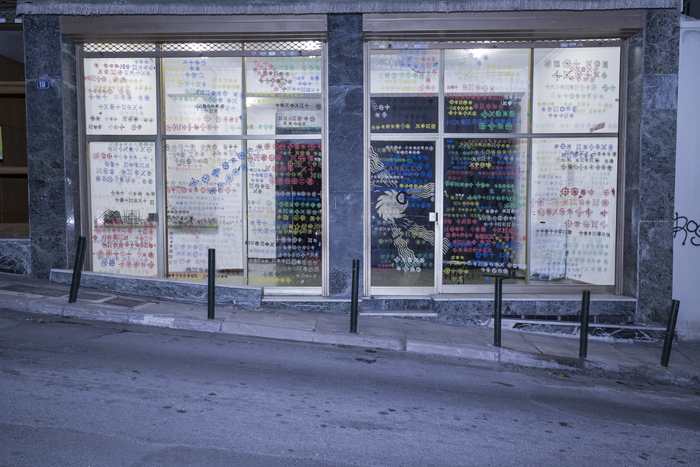 Chrysanthi Koumianaki, Down with the abstract. Long live the ephemeral!, 2016, marker on glass, dimensions variable 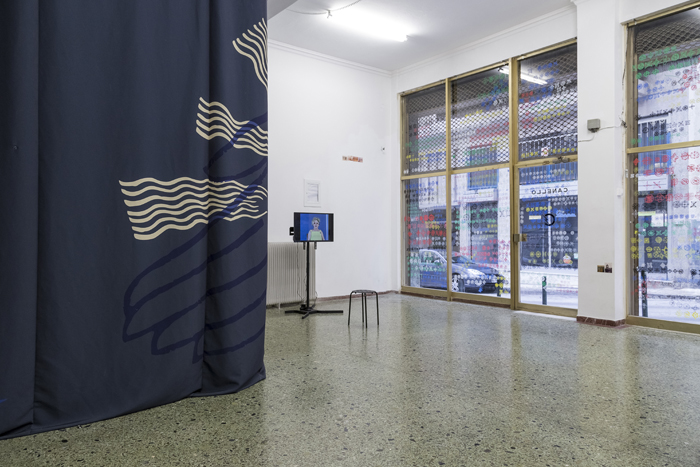 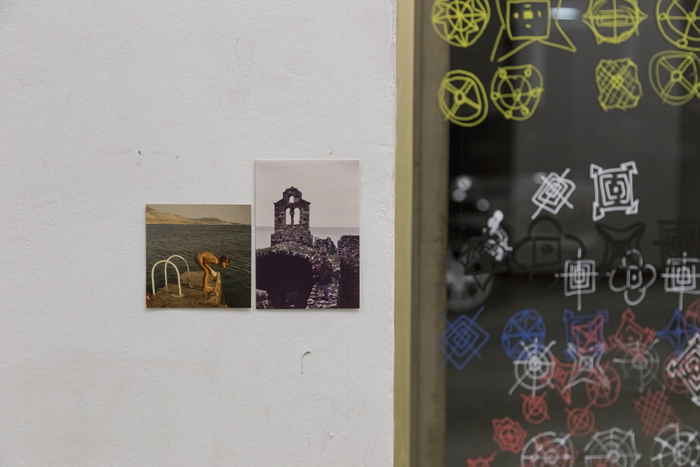 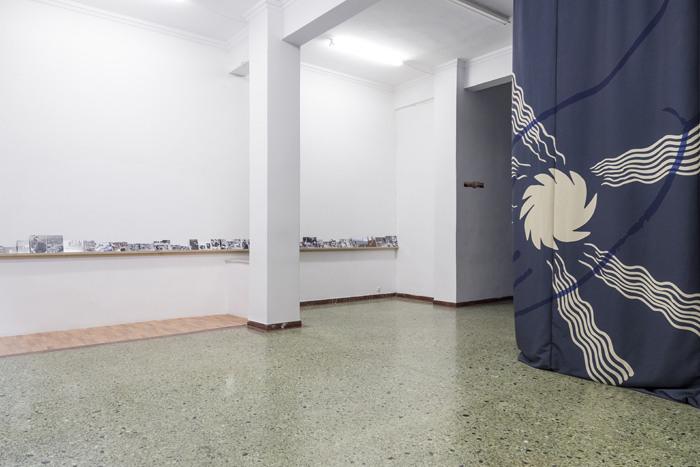 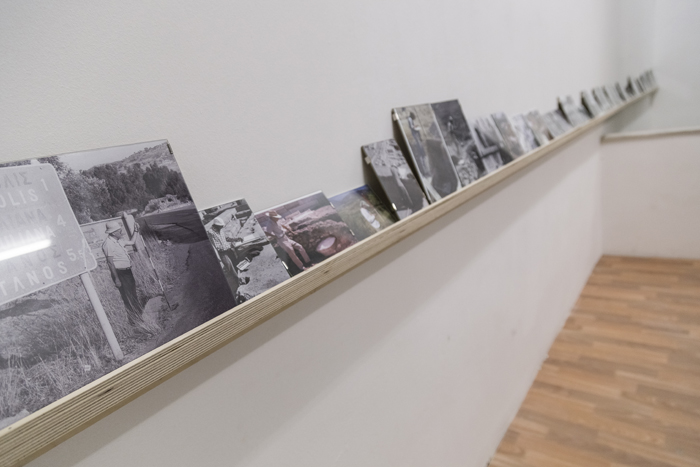 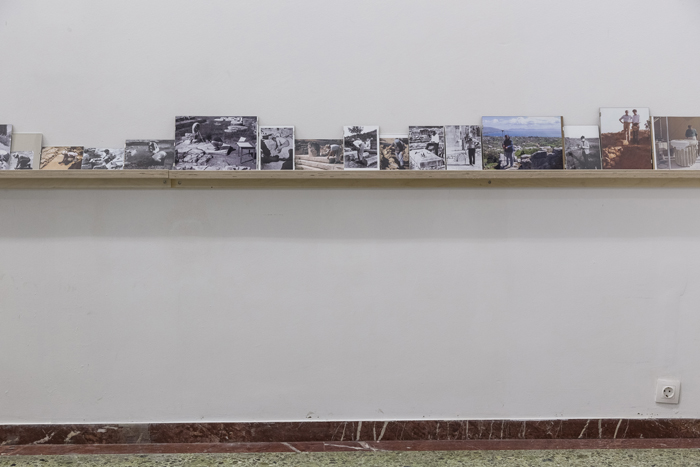 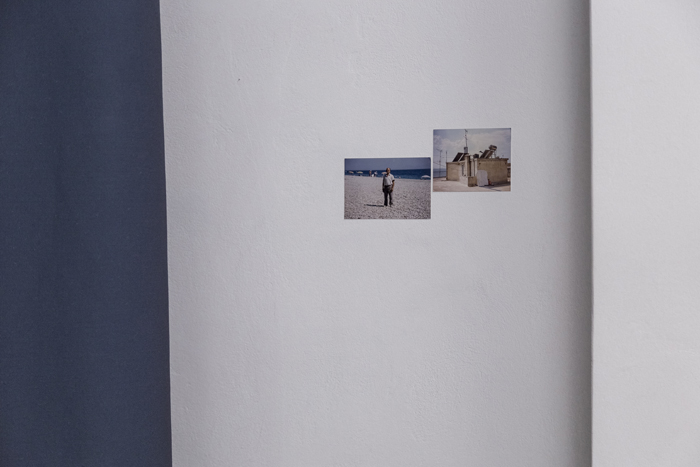 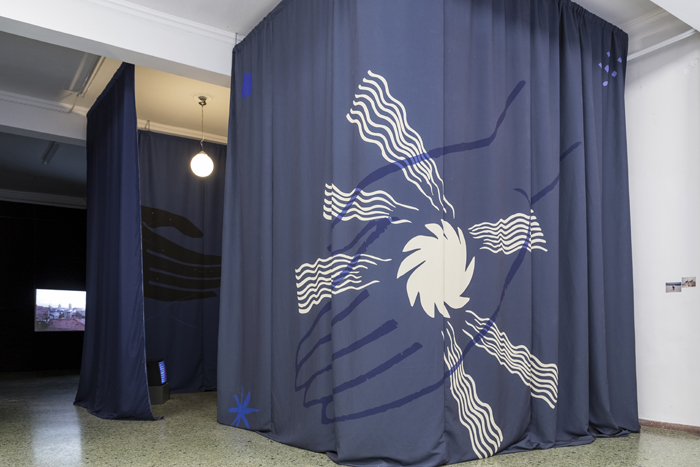 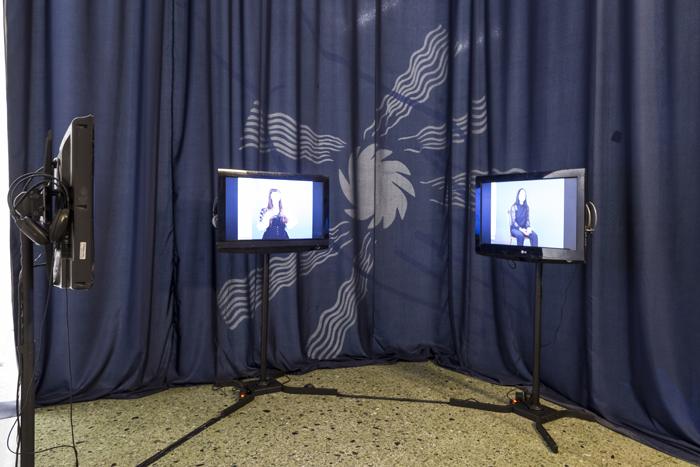 Grant Watson, How We Behave, 2012-ongoing 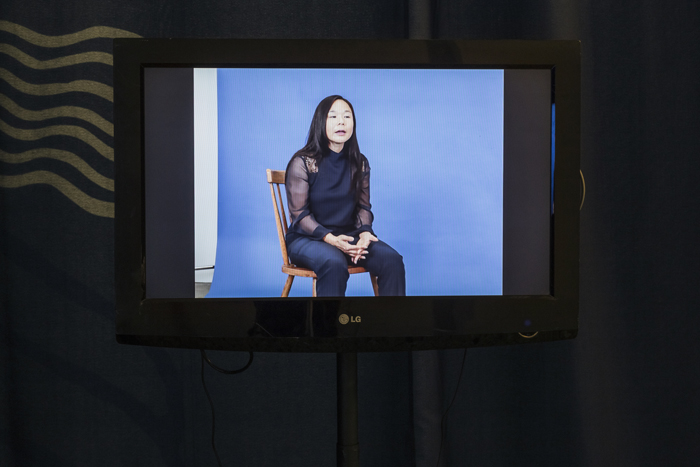 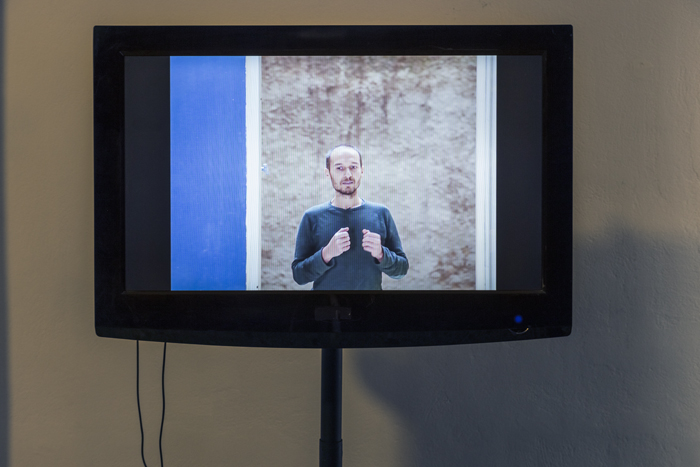 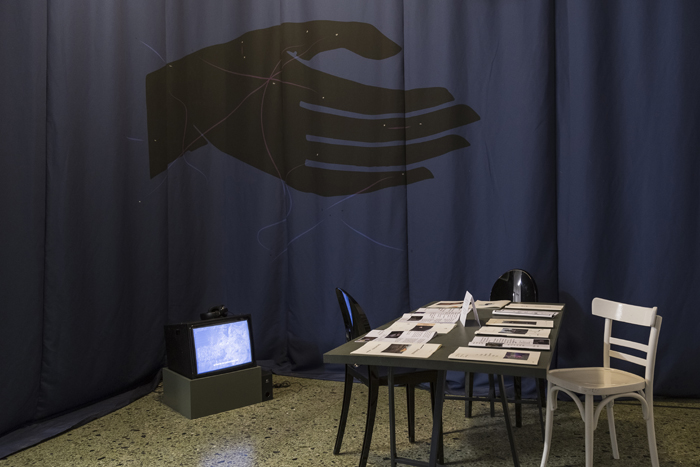 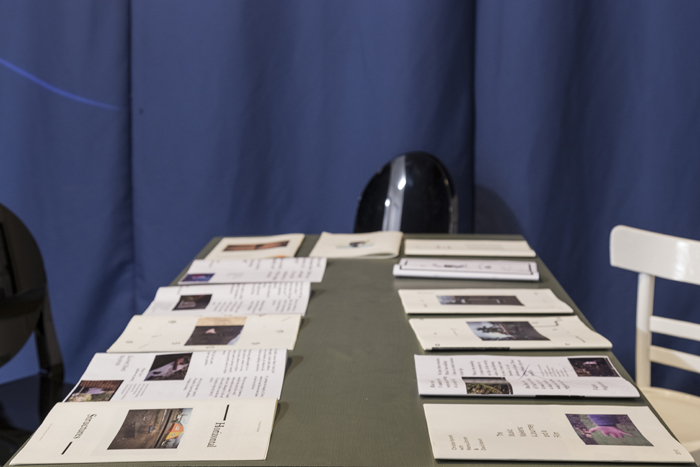 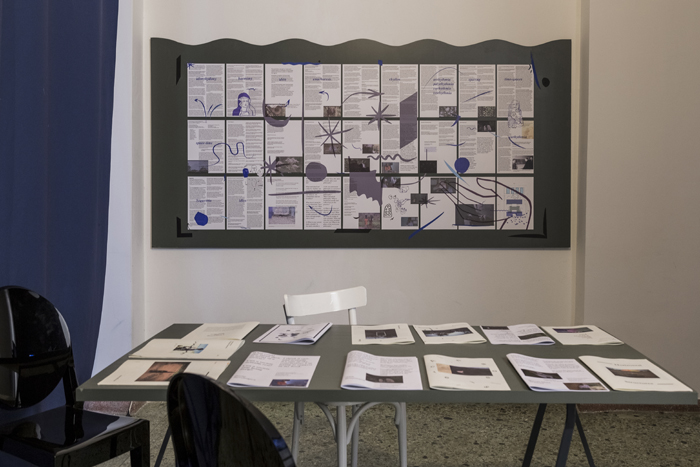 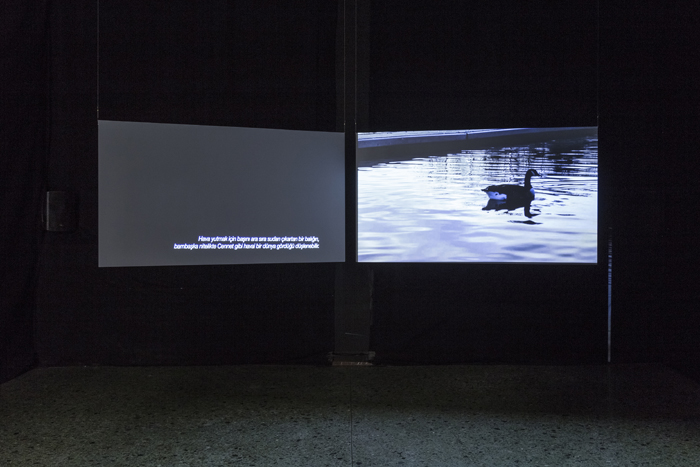 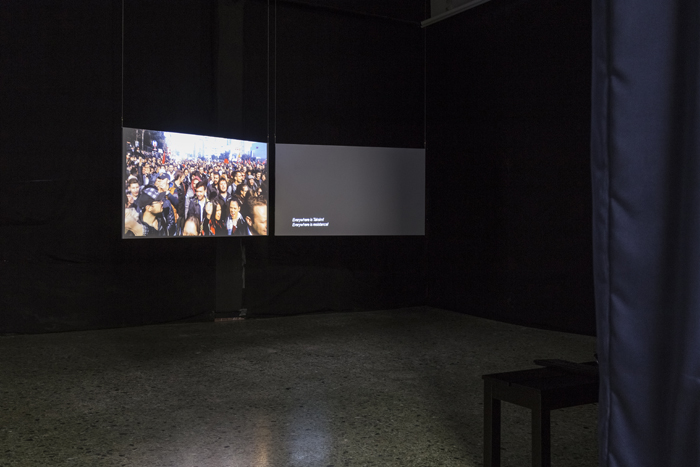 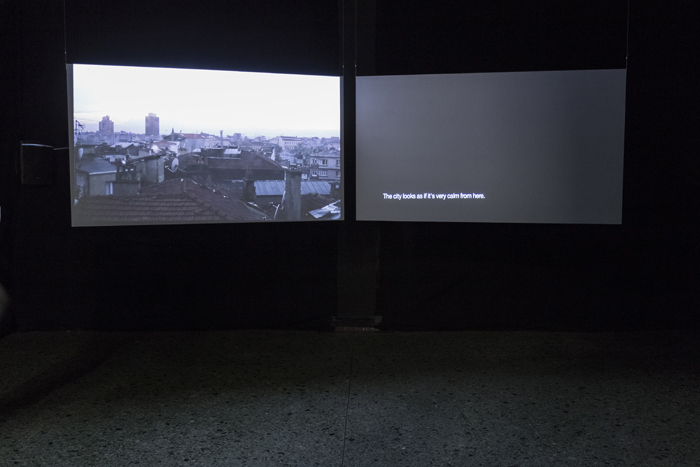 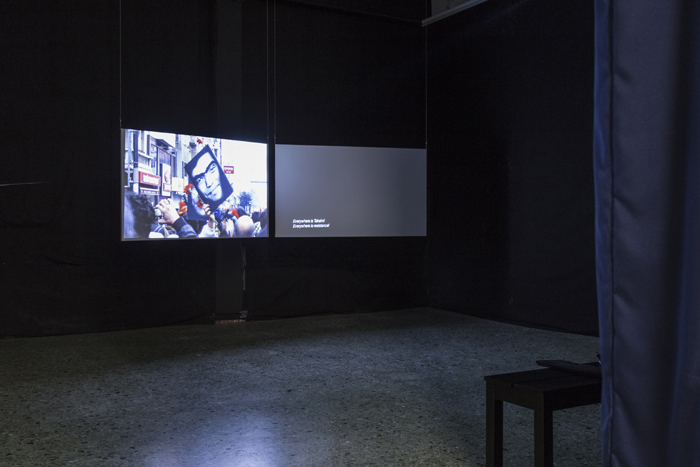 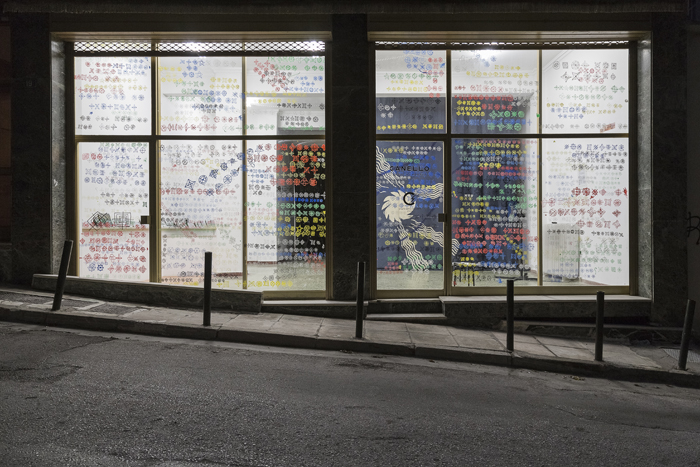 Chrysanthi Koumianaki, Down with the abstract. Long live the ephemeral!, 2016 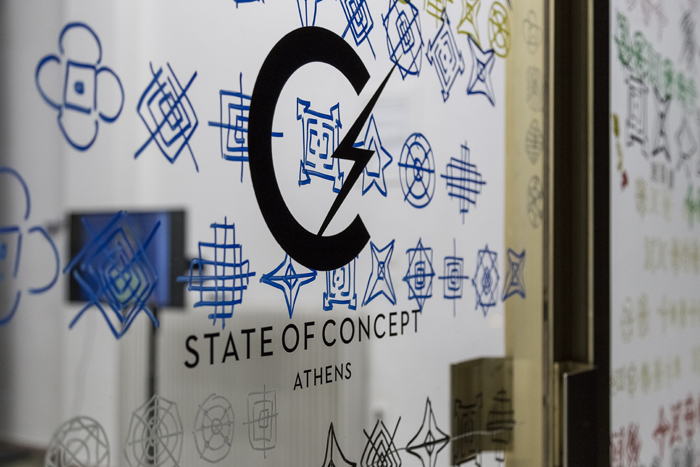 Chrysanthi Koumianaki, Down with the abstract. Long live the ephemeral!, 2016, detail, marker on glass, dimensions variable.

State of Concept is happy to present the group exhibition Through the Fog: Descripting the Present curated by Nick Aikens. The exhibition includes works by six artists spanning video, photography and installation, many of them produced specifically for the exhibition or shown in Athens for the first time.

Across different countries and contexts an opaque, uncertain fog hangs over us. The effect of a foreboding mix of crisis and transition, this fog is increasingly hard to navigate, punctured as it is by various forms of state, economic and political violence. Within this haze, how can we visualize and articulate our own subject positions, modes of being and political agency in the world? What might it induce to describe and re-scribe the present? And what can artistic thinking; its processes and aesthetic strategies bring to this field of inquiry? ‘Through the fog: Descripting the present’ is an exhibition in essayistic form. A dialogue across contexts, temporalities and methodologies, it attempts to reflect on how we understand, speak to and move through an unfolding present.

'Descripting' is a term used by one of the artists in the exhibition, Christian Nyampeta, whose large hanging textile works – what he describes as envelopes –conceptually and physically navigate visitors though the exhibition. Inside these textiles his research into the concept and practice of idiorhythmy is presented via texts, graphics, recordings and the artist’s own writings. Drawing on the writings of Roland Barthes, 'descripting' speaks to a form of personal awareness. Rather than draw on more outspoken forms of political resistance, Barthes was interested in recognising how a deeper knowledge of ones own subjective impulses and everyday actions might foster agency. Within the context of the exhibition ‘descripting’ is understood as both a means to describe and take apart, offering the opportunity to re-think our own position afresh. Such an approach is evoked in Vangelis Vlahos’ eight metre work the ‘Foreign archaeologists form standing to bending position’ (2012), which shows a series of photographs of archaeologists ordered according to their body position rather than through historical or geographical categorization. Or Eftihis Patsourakis’ new works ‘Horizons’ (2016) that punctuate the exhibition and combine found photographs from Athens flea markets that puzzled together form imagined, shared horizons.

Within the exhibition specific social and political contexts are zoomed in on or alluded to, such as Athens, Istanbul or London. Yet they are mediated through different subjectivities and processes of articulation, by re-purposing images and language, or in the form of diaries or interviews. Visitors will be met by a new site-sepcific installation covering the glass front of the gallery by Chrysanthi Koumianaki that rework slogans found on the streets of Athens through calligraphic signs that derive from designs for an ideal city conceived in Renaissance Italy. Elsewhere, as part of his ongoing project ‘How We Behave’, Grant Watson presents three new films comprised of interviews with Athens based writers, artists and activists that start from Michael Foucault’s assertion that ‘biographies could be the basis for a work of art.’  In a newly extended version of Didem Pekün’s two screen video ‘Of Dice and Men’ (2011 - ongoing), we are presented with a series of video diaries from 2011-14 that convey the artist trying to process unraveling political events including the Occupy Protests, Gezi Park and recent elections, interlaced within a web of tangential reflections. In these three works, as in the exhibition as a whole, a complex relationship emerges between protagonists and their context, forms of subjectivity and modes of address.

‘Through the Fog’ is framed by and inevitably responds to a sense of  crisis and political malaise. The positions presented seem to suggest, however, that to emerge from this ‘fog’ political subjectivity must be understood as emergent, in flux and critically self-aware. As such the exhibition aims to draw attention to the fluid, porous relationship between processes of subjectivization and political agency.