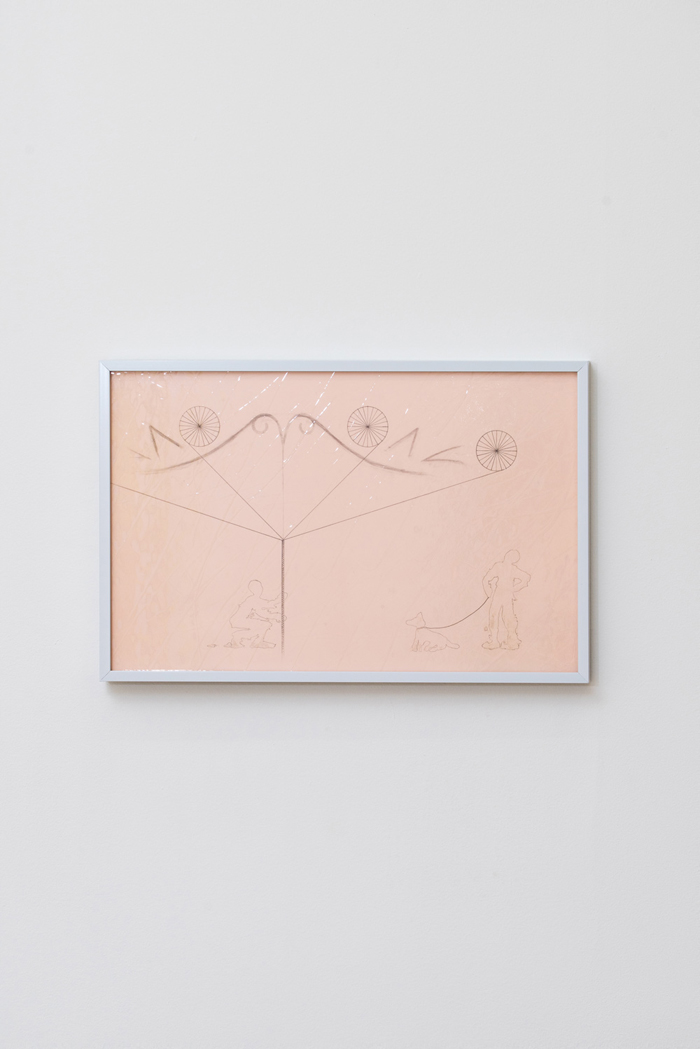 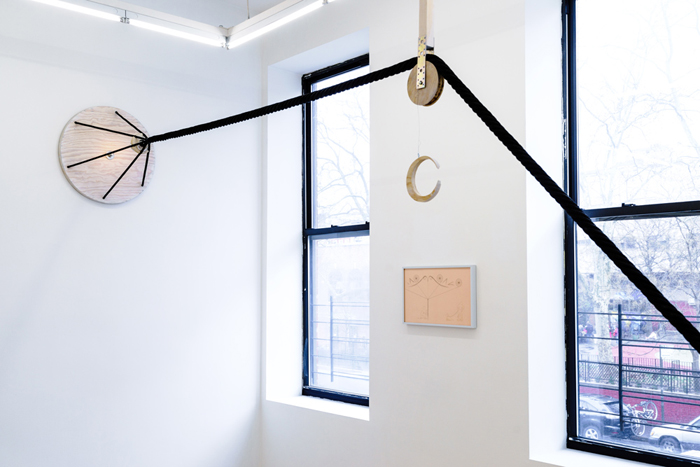 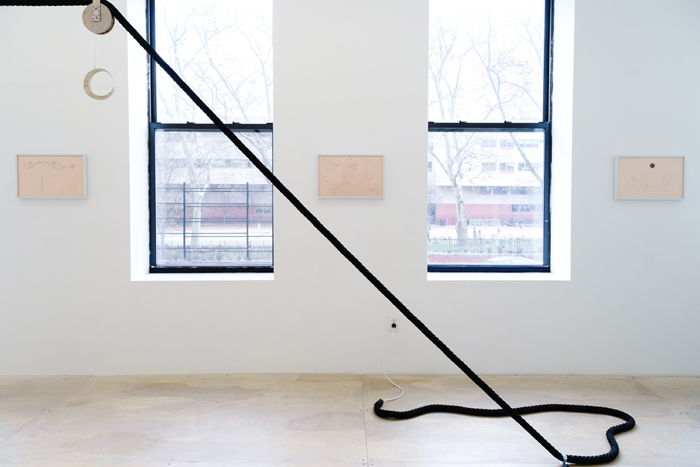 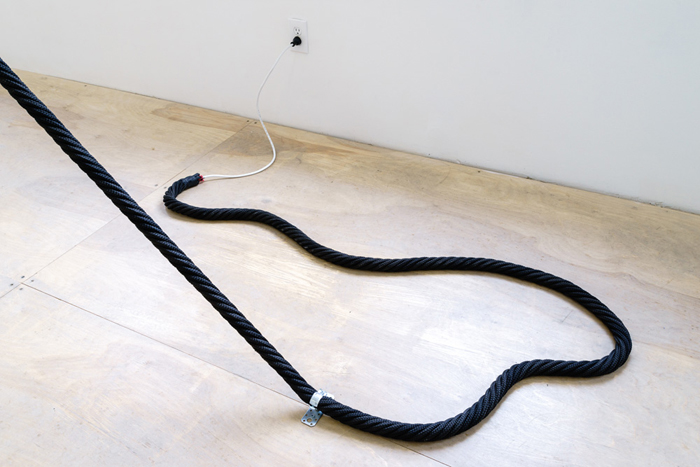 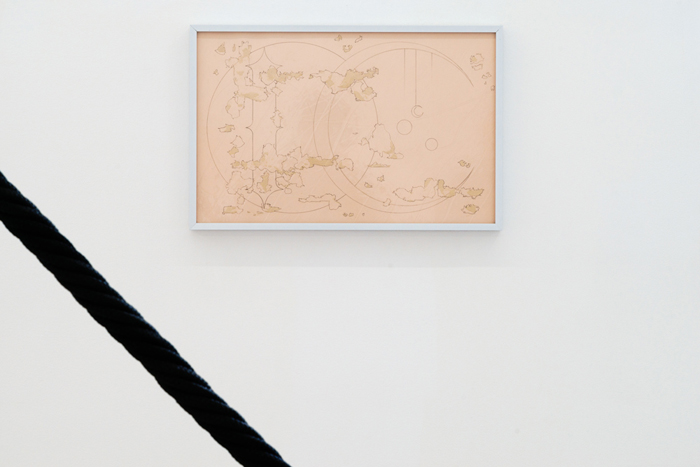 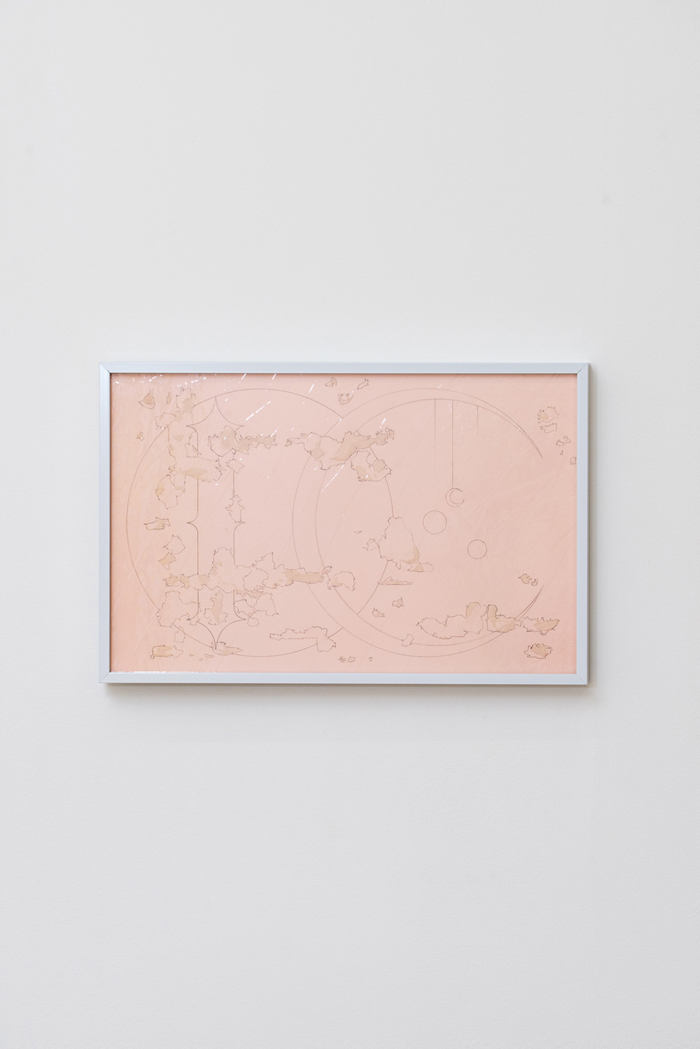 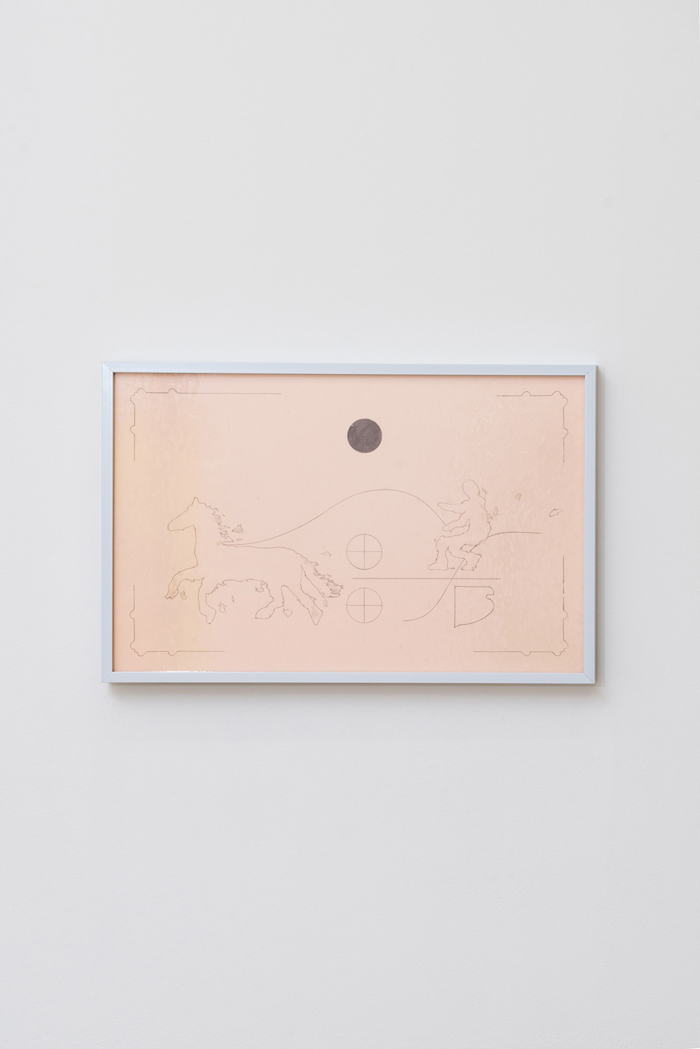 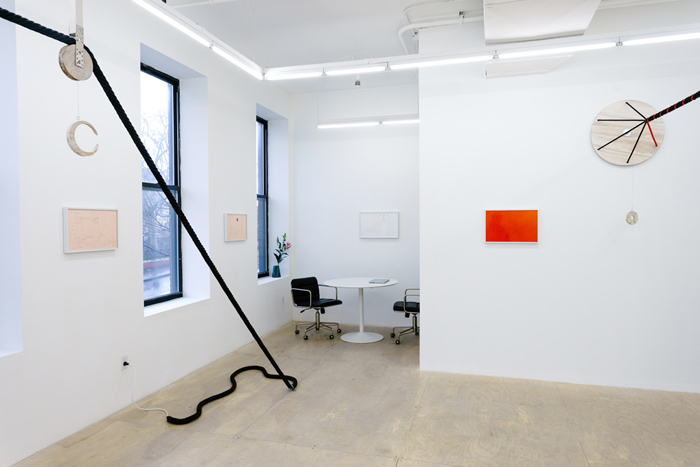 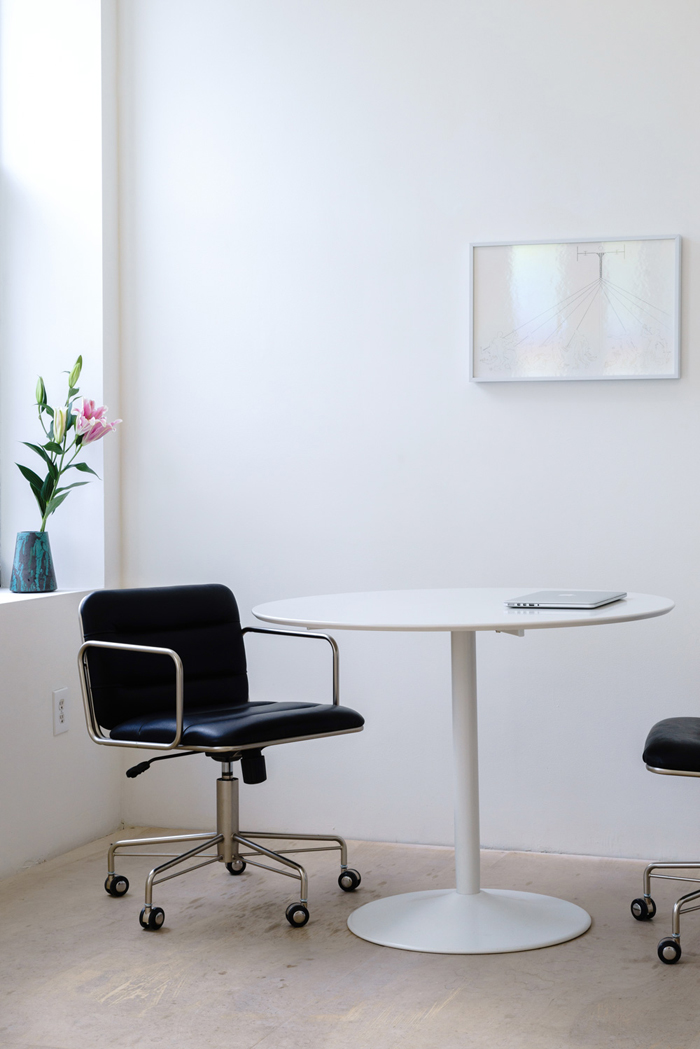 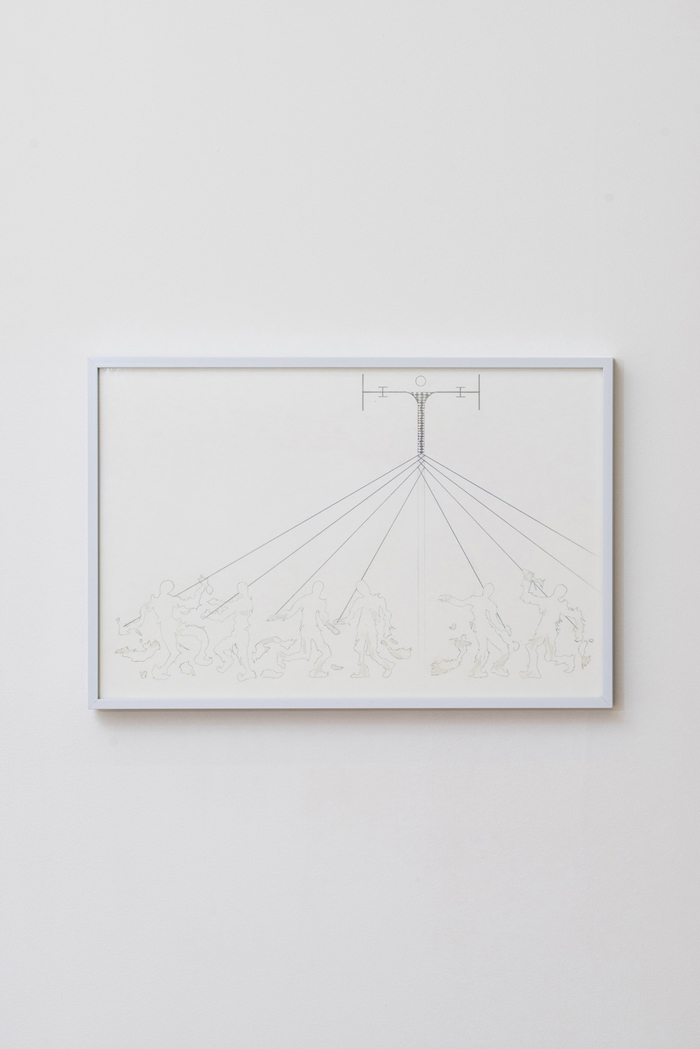 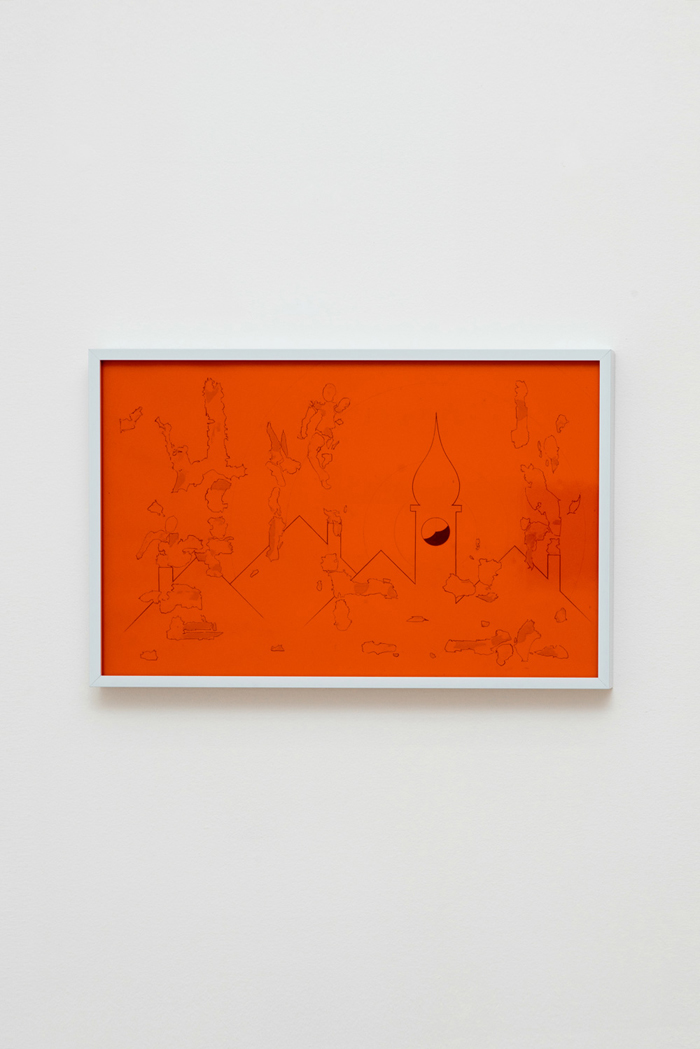 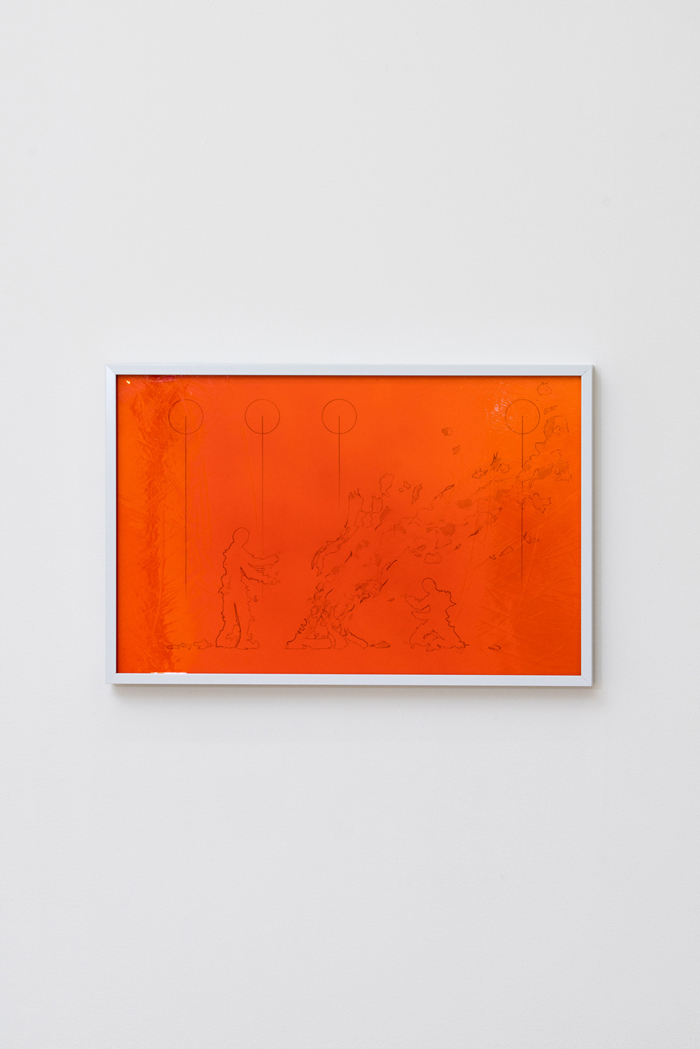 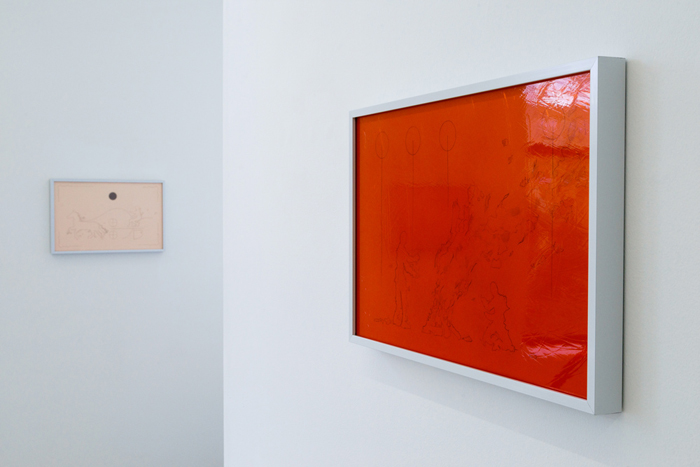 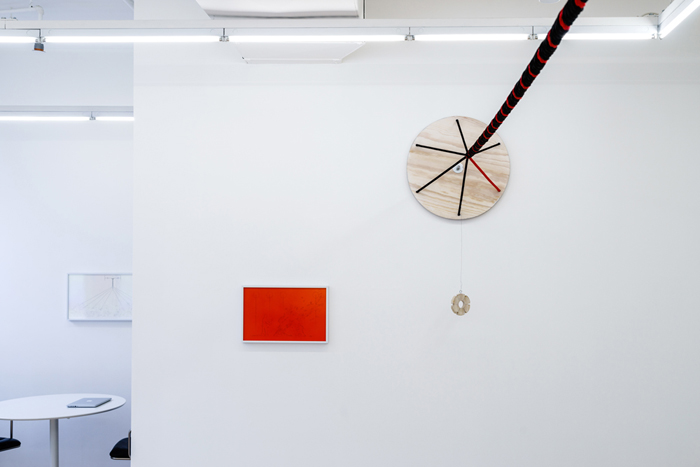 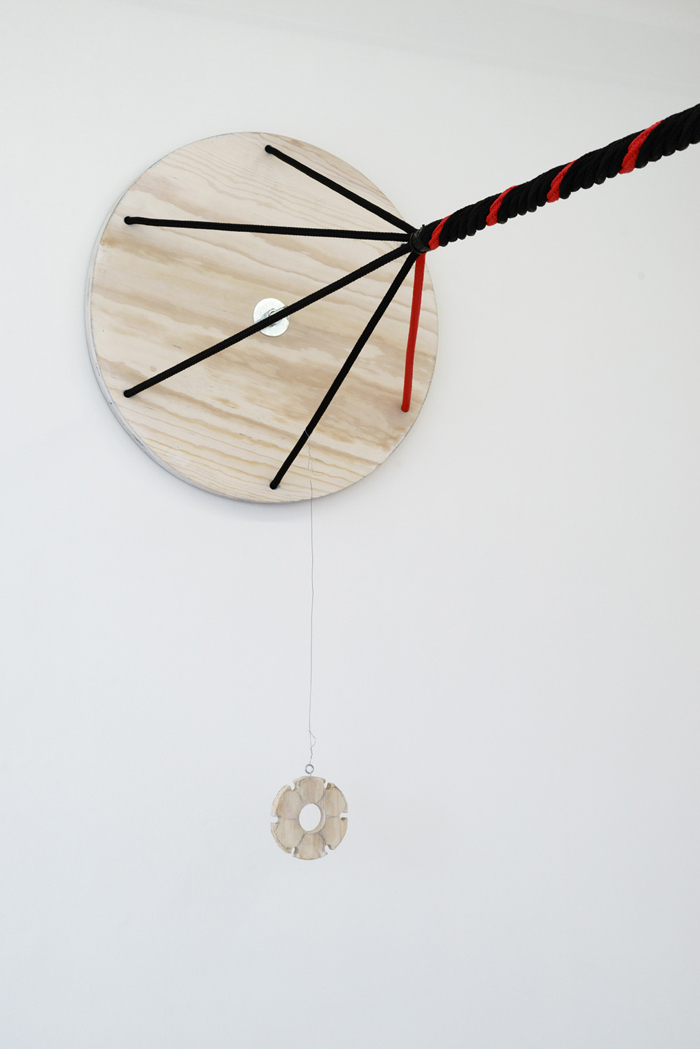 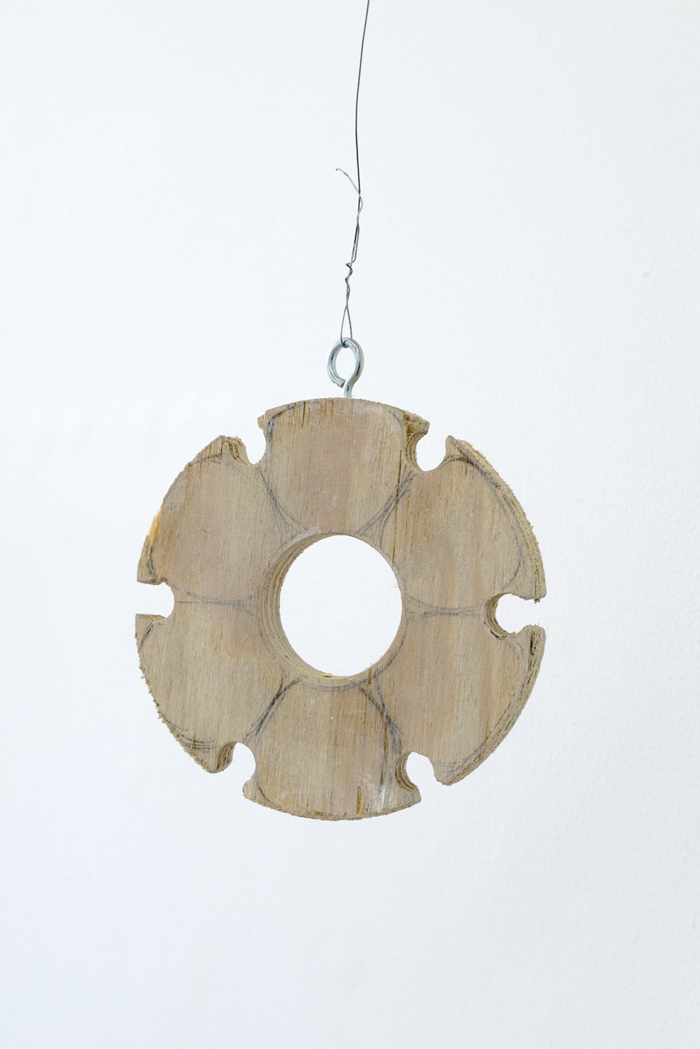 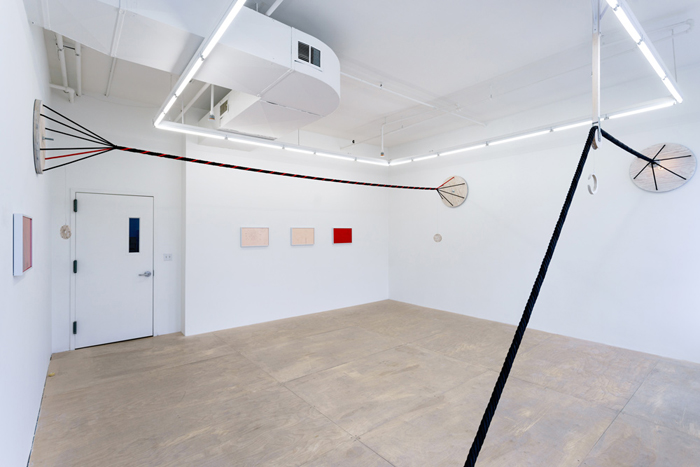 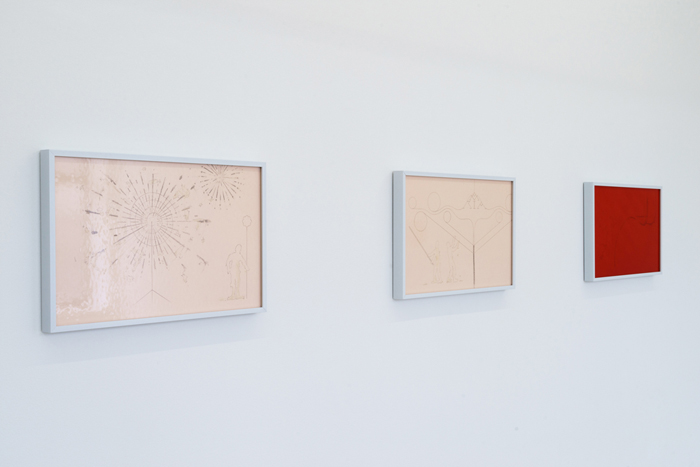 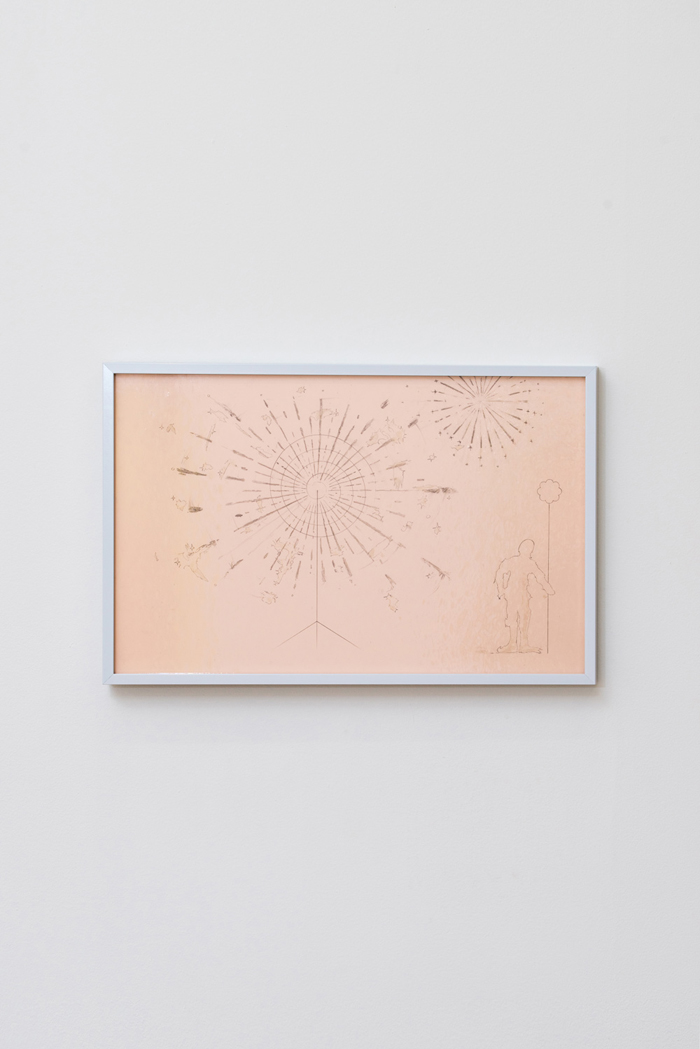 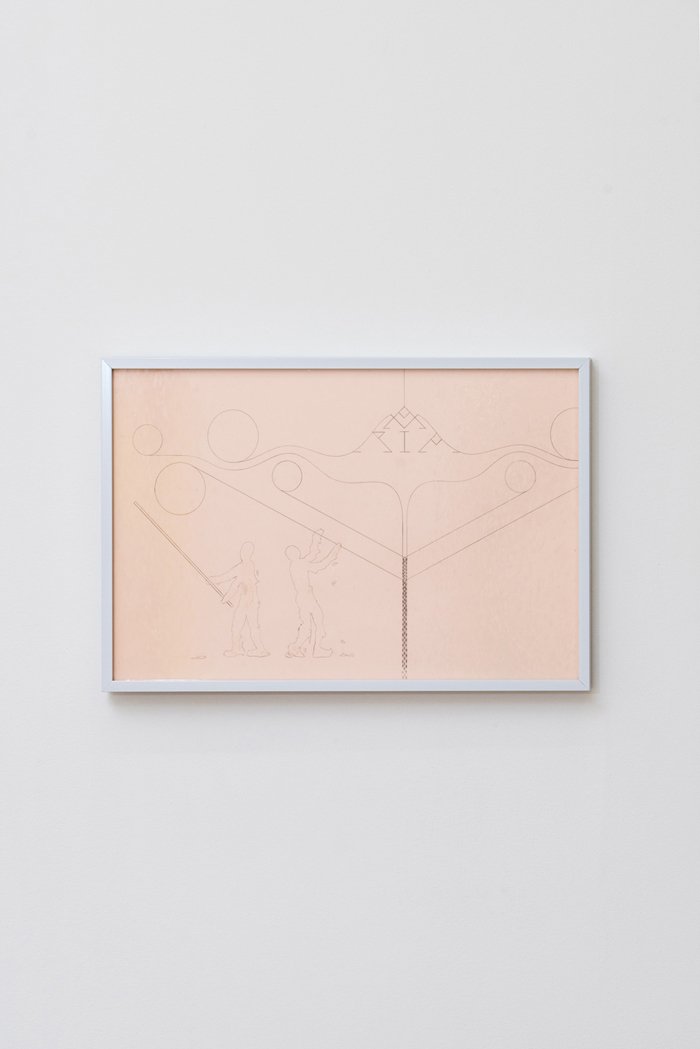 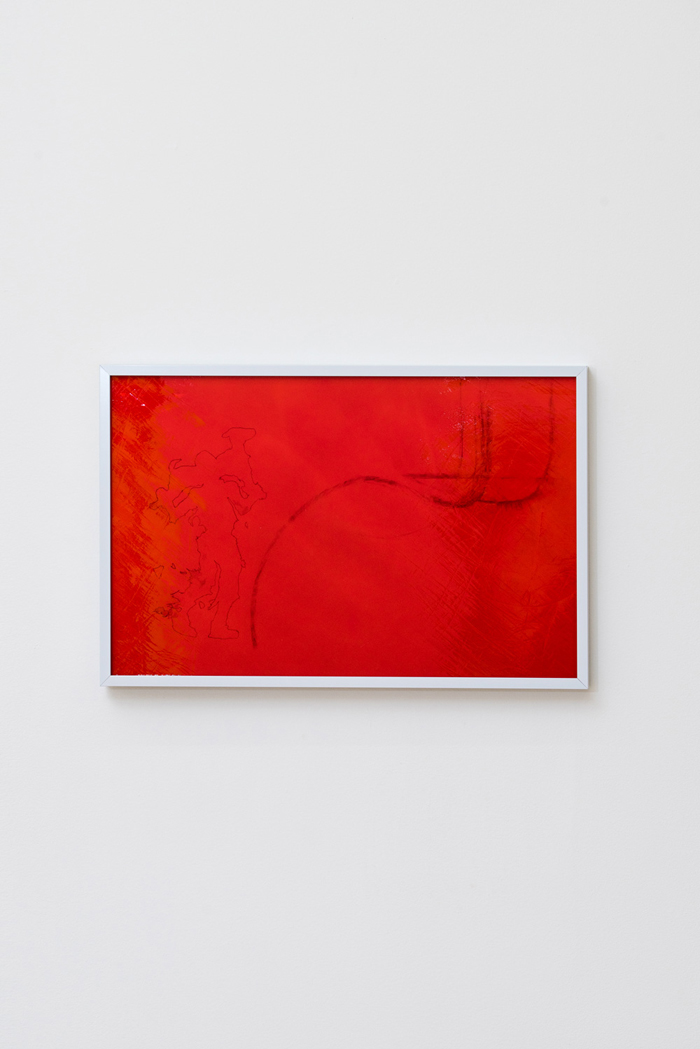 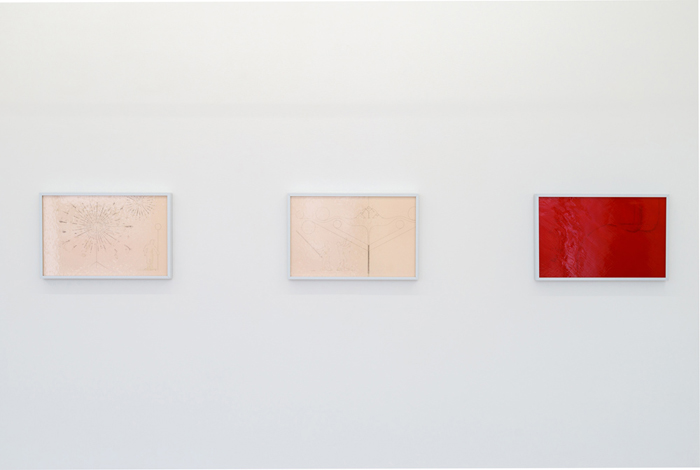 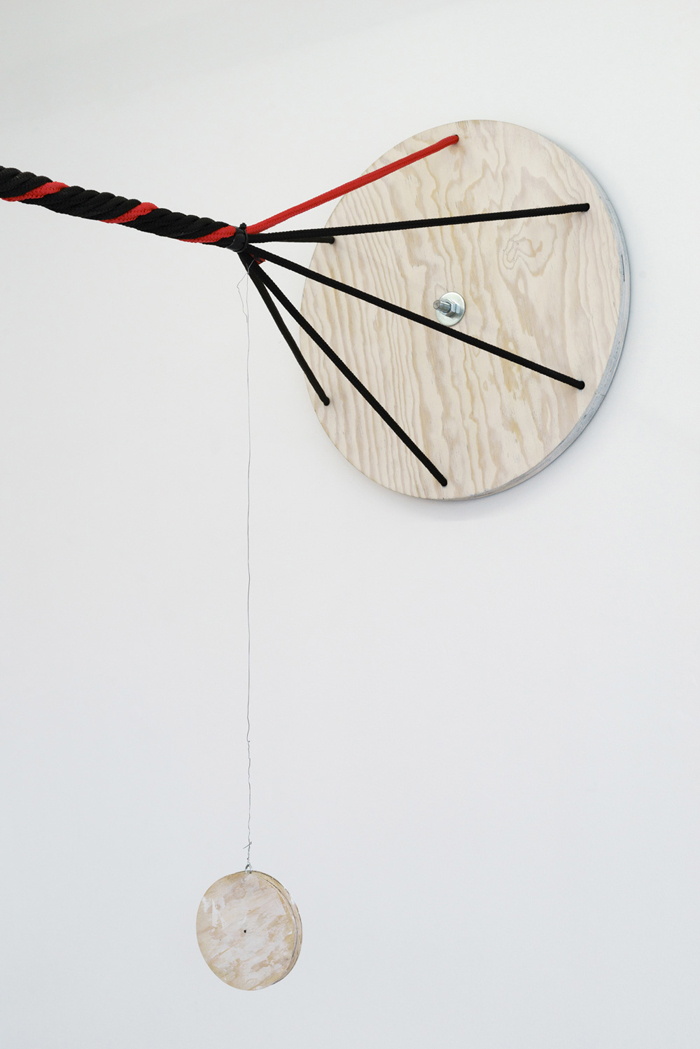 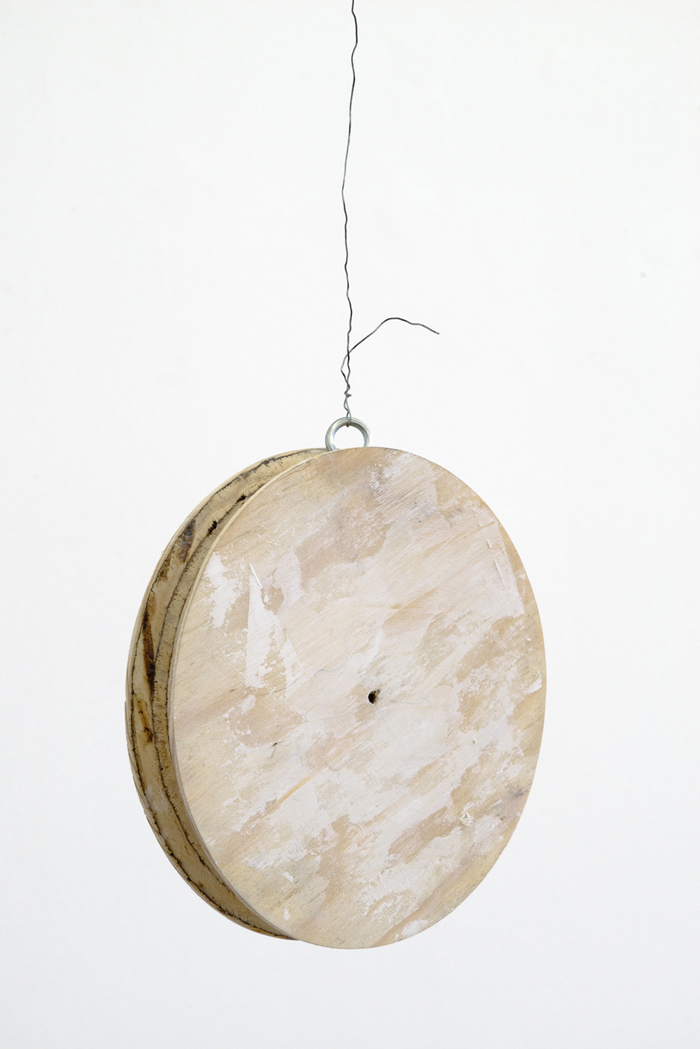 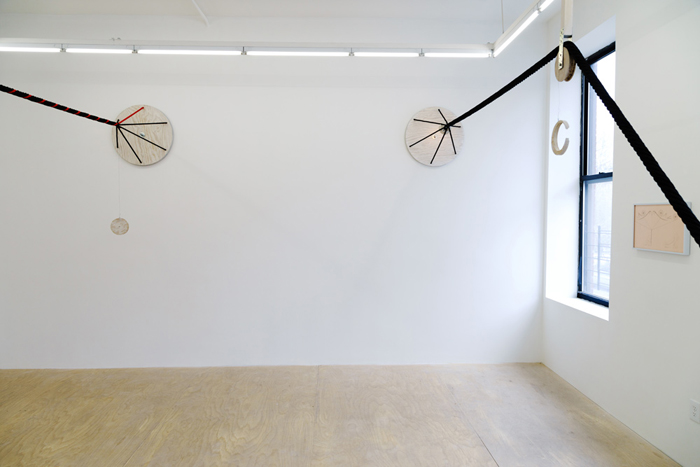 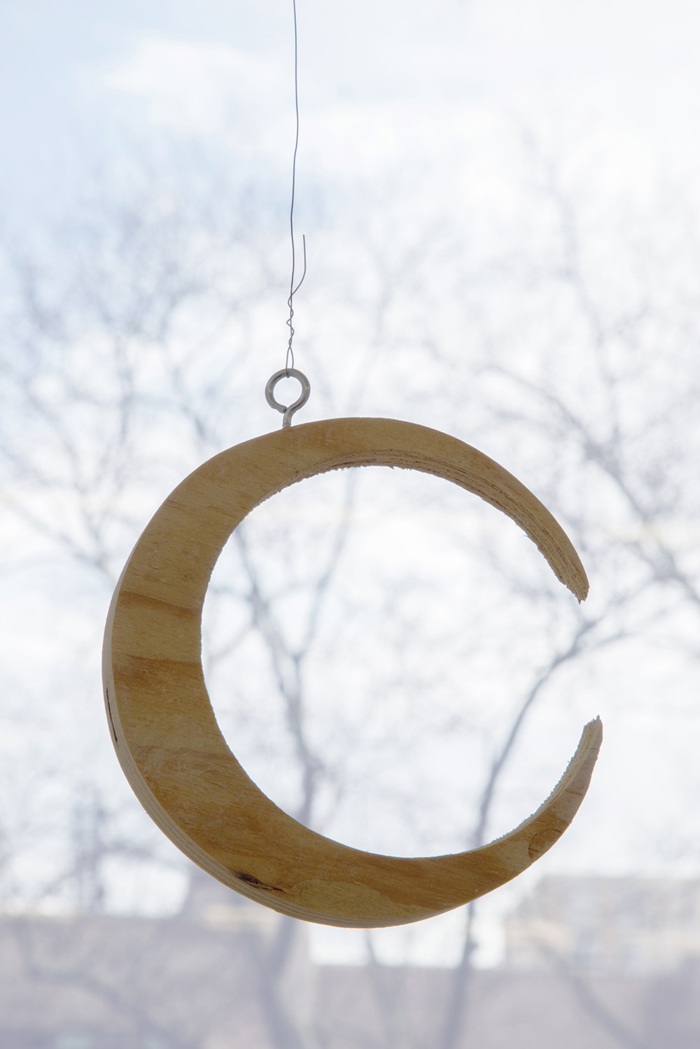 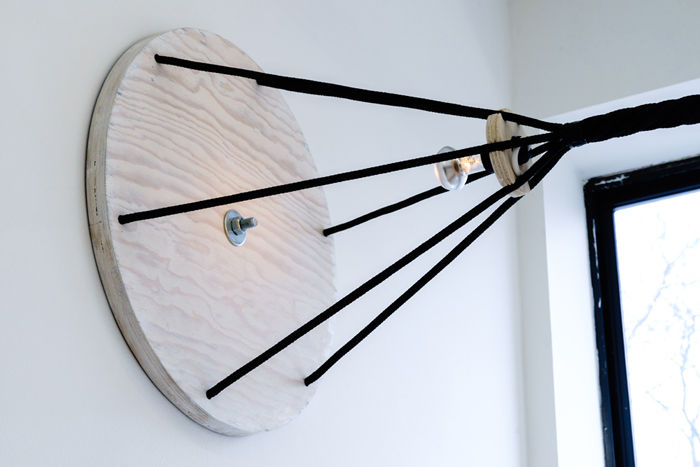 Wheels and Disks, once extricated from the history of utilitarian progress, in turn enabled and spurred, while we were clad in ill-fitting skins and furs, emerge as new machines. Their inherent faculty to spin paused; their revolutions generating capital rerouted, they become the rudimentary devices of an idle yet autarkic polis. As usual, there’ll be those grumbling: Same Old Chakra of Spineless Bums! But We know Energy is Key and will ultimately Seize The Day. A New Dawn.

PARA VALLEY presents a series of custom-made ropes that delineate the gallery space. Some ropes, running along handmade wooden pulleys, signal a capacity to work and be worked. This installation is accompanied by drawings adumbrating individuals and groups engaged in cycles of construction and production. Covered by sheets of stained glass in hues ranging from iridescent to incendiary – light bronzes and carmines to deep crimson – these chromatic determinations insinuate a fourth, temporal dimension, which, spanning from dawn till dusk, lends the drawings an indefinite actuality.

Cultish, loom-like structures are united in their precise, hand-drawn representation, towering over their creators who are but phantoms; stolid, deliberate, and voiceless. In Bernet’s works, any Snapchatted concepts of selves absorbing and replacing images of corroding notions of labor and community, are reinterpreted as bucolic sceneries within which copies of spectral drop-out or counter-cultural communes seem to roam and organize. Bernet here expands on the themes of resources, labor and contrivance, all of which register an originary Greek mekhos (machine/mechanics).

In this proposed environment, these notions are tinged with pre-modern, proto-industrial motifs that transport the viewer, not to historical sites of mass-production and exploitation, but to a surreal and alpine technoid-68 hamlet. Both abstracted and estranged, outlines of horse-drawn cultivators, spires of a Tyrolean-orientalist bent, and strangely Teutonic merry go-rounds are refracted into a sketch of a novel social enterprise.