On display from 26 February to 27 March 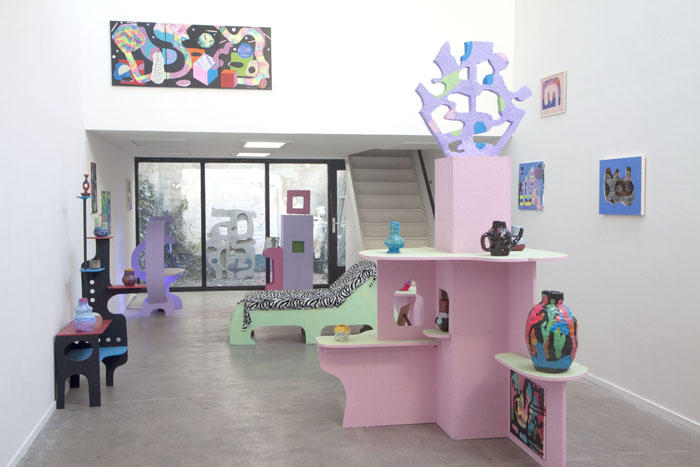 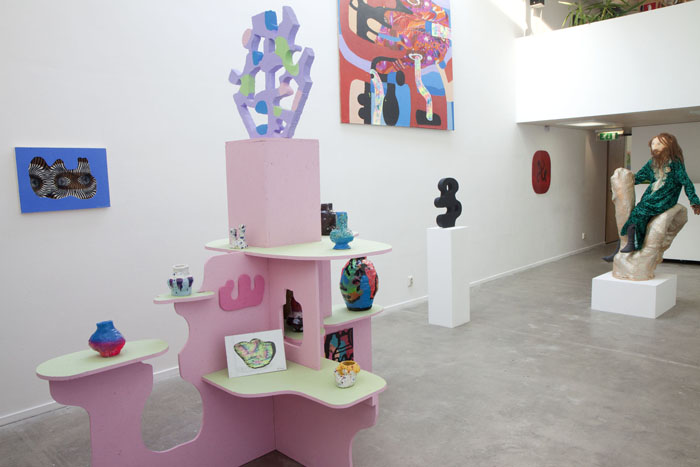 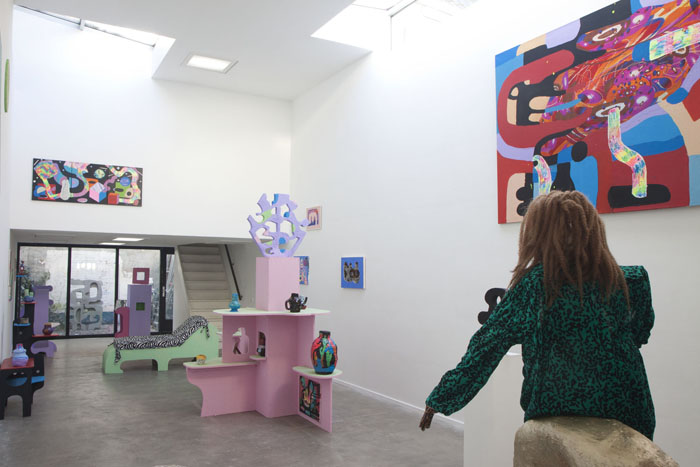 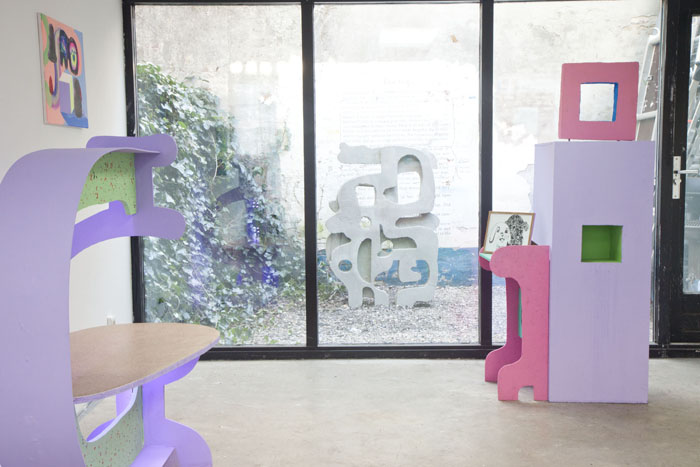 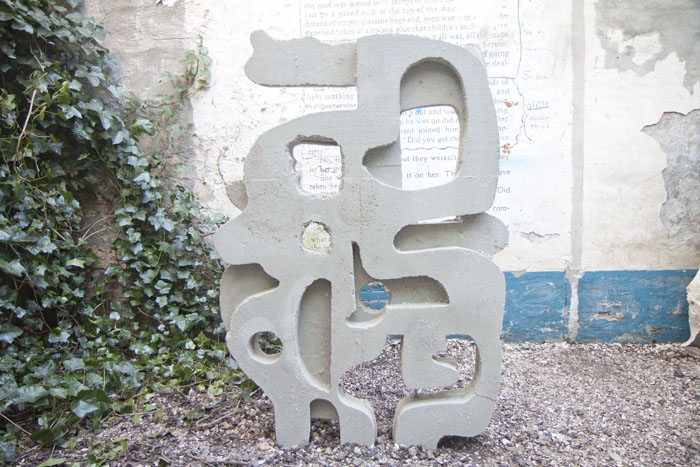 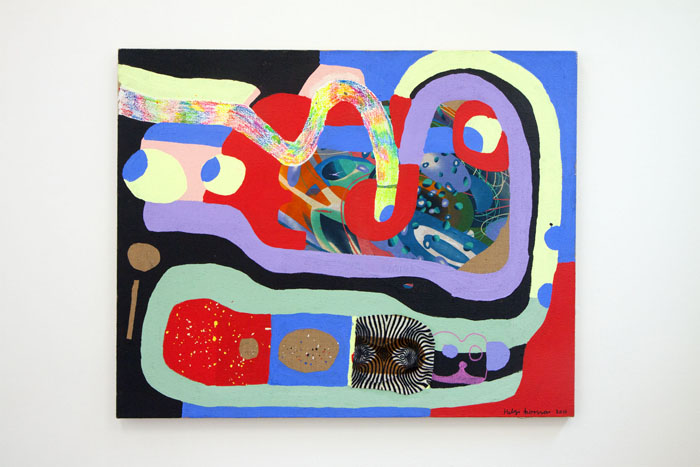 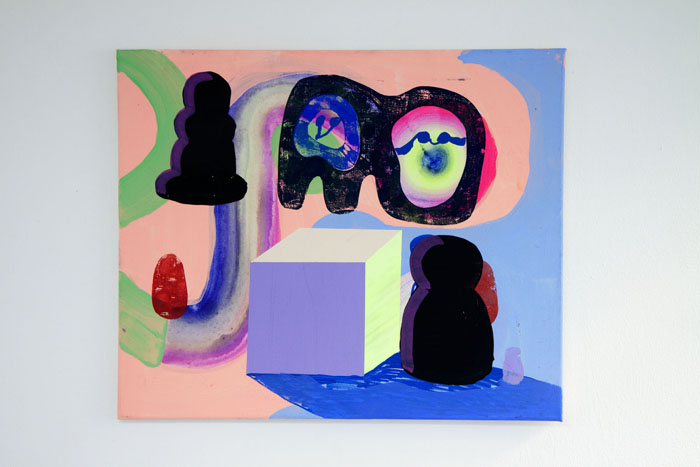 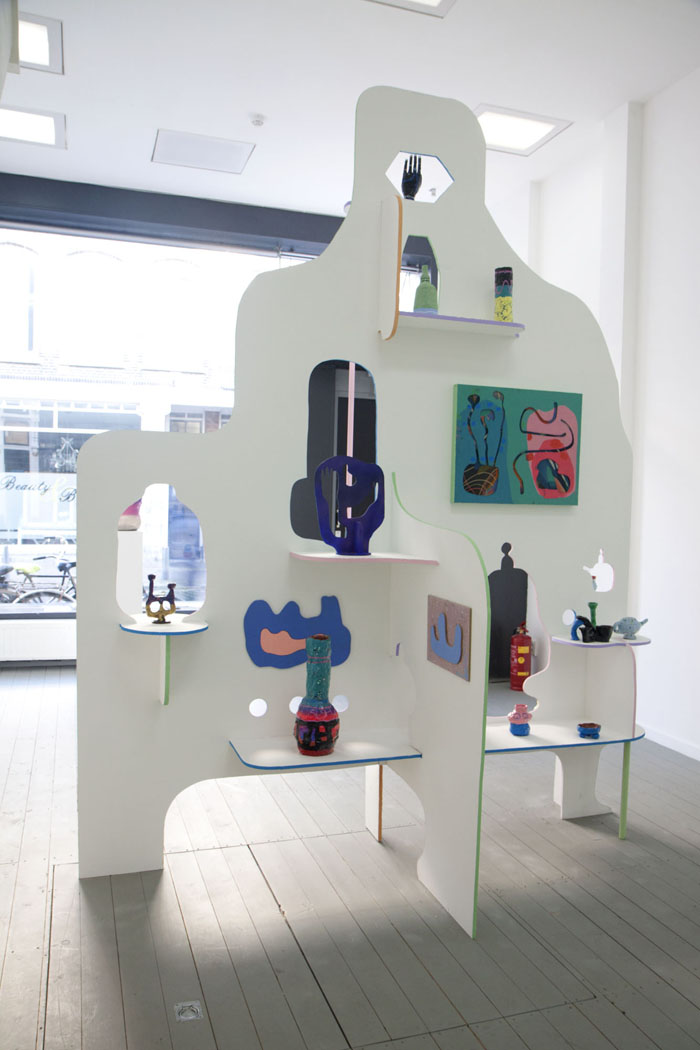 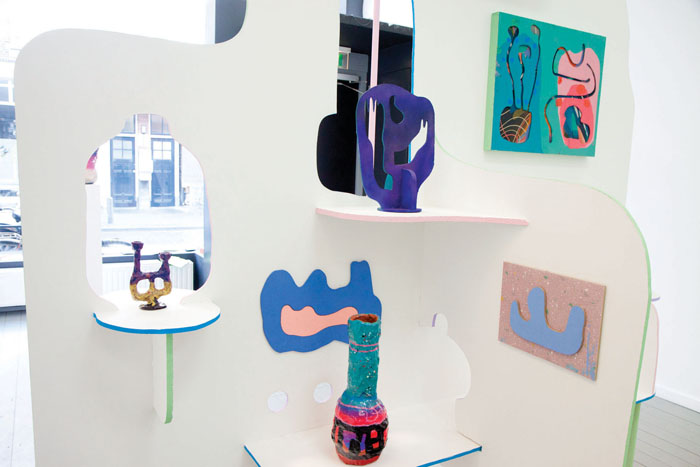 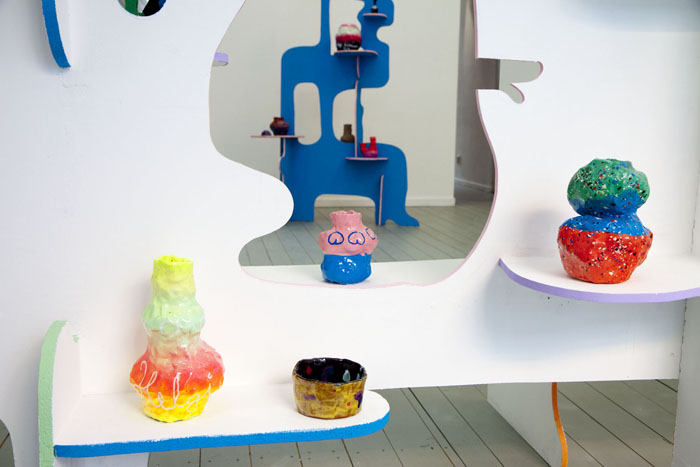 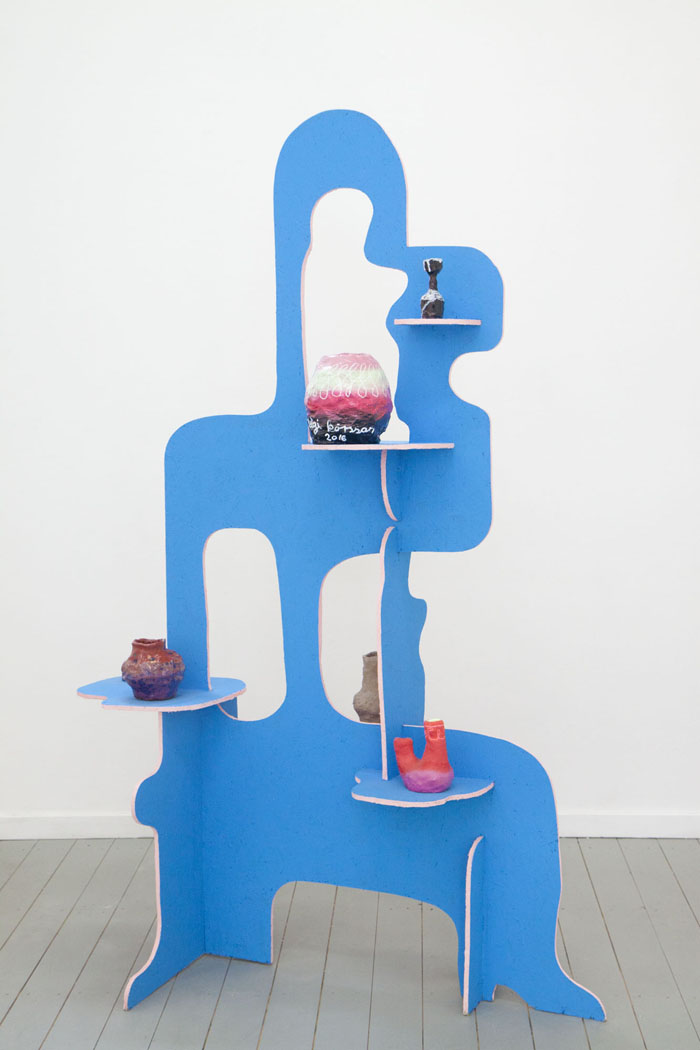 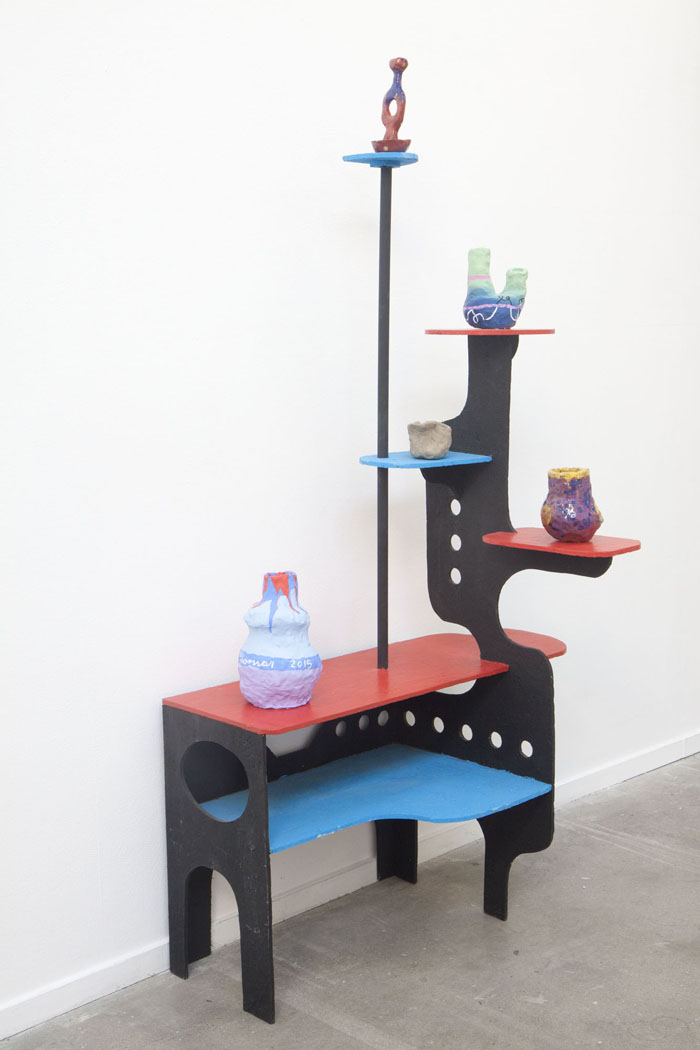 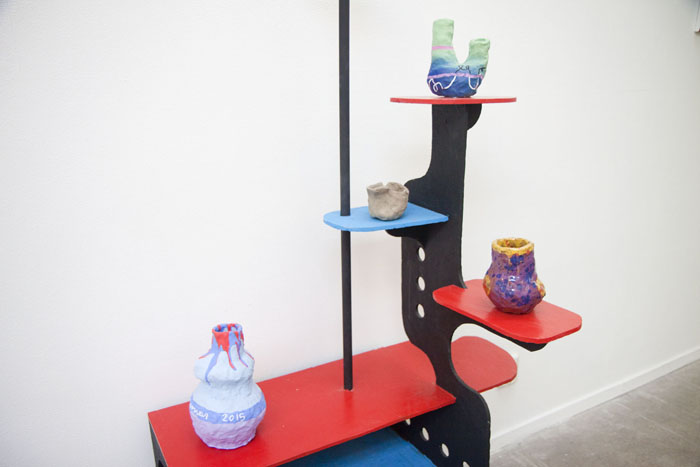 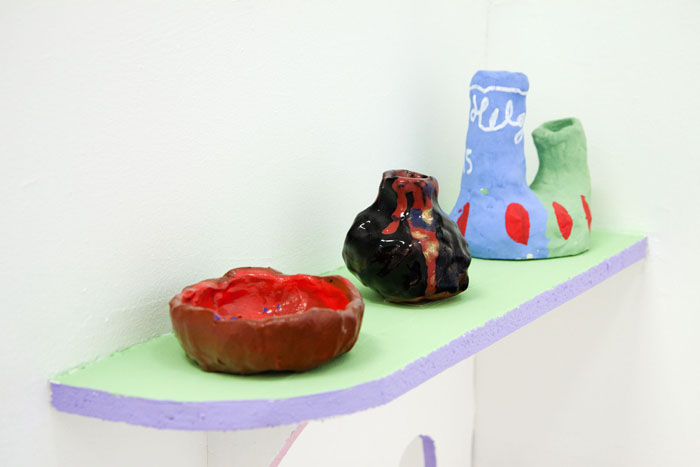 
1646 is proud to present Bellissimo Thórsson, a solo show with new work by Helgi
Thórsson.

Rough, somewhat clumsy workmanship, the veneer of eccentric colours, bizarre
humour, cheesy nostalgia and the sincere belief that art can do something good
for the viewer are some of the ingredients of Bellissimo Thórsson. The exhibition
space of 1646 is filled with objects sculpted by hand, painted and assembled
from scratch, all natural ingredients that, he says “give it an aura that is so desired
today”. Then there is also the advanced pottery and concrete sculptures that are
inspired by pan flute music.

Thórsson uses classical materials as bronze, clay and canvas that he combines
with the latest technology in lights and sound. Thórsson's visual world is absurd
and amusing, attractive and nauseating at the same time. At a first glance all
seems somehow overwhelming and exaggerated but in the inner context, his
installations, sculptures and paintings also carry a touch of serenity and spiritual
search.

Helgi Thórsson tried to look into the deep and hidden worlds with the help of
mediums and a hypnotist where he found confusing and strange information. The
hypnotist sent him to a pool of psychedelic colour bringing a new colour pallet to
the surface.

The first medium told him the story of his past life as a painter from the
Netherlands, he misused the help of models and became a sex addict and a
drunk, focusing on technical skills in his paintings – lacking inspiration – he died a
lonely man. The advise for is current life was don’t go on the same path –
Thórsson has stayed away from models.

The second medium told him that he was working on very old themes, as an artist
in earlier civilizations, in the time of Mu and Atlantis. Bringing to life ancient long
forgotten imagery – the mediums advice was to go into a deep meditation to get
connected to his spirit guide. So far this has not been going too well as he drinks
too much coffee, but nevertheless watches ancient mystery episodes on YouTube.