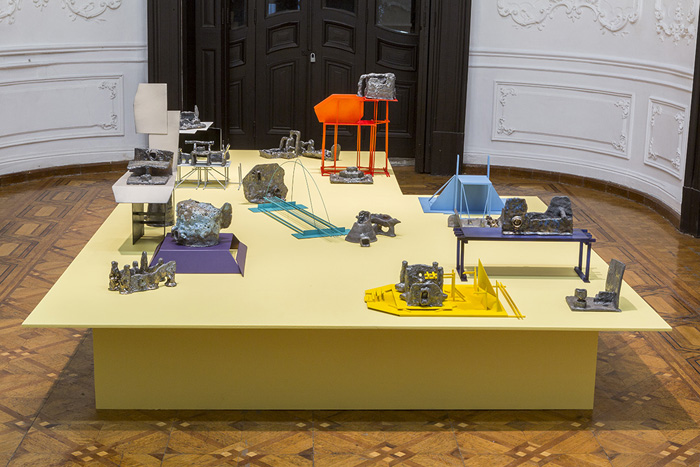 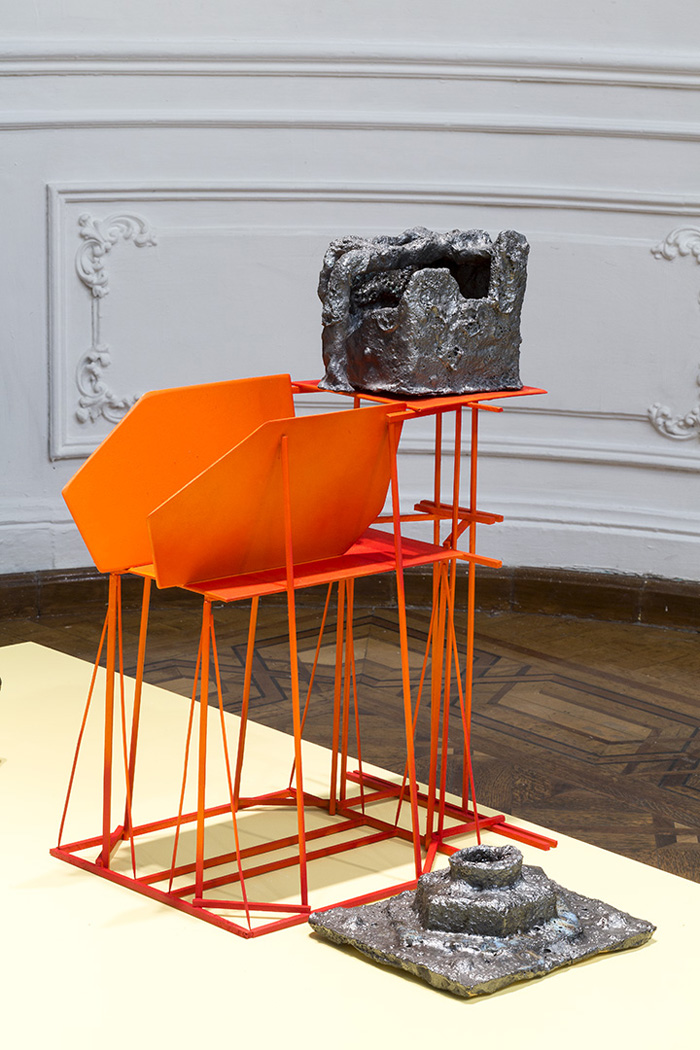 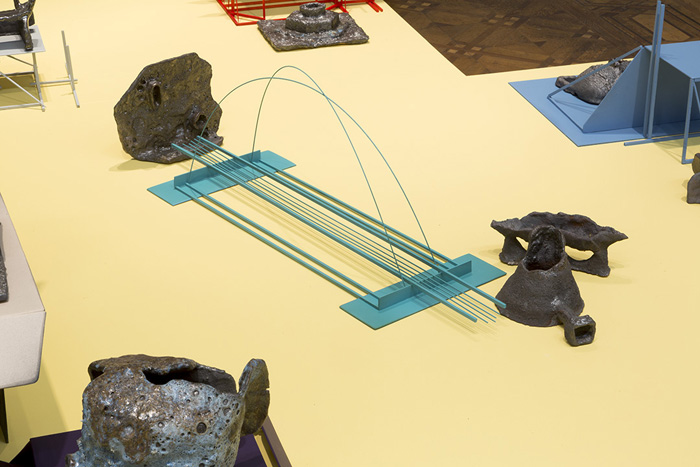 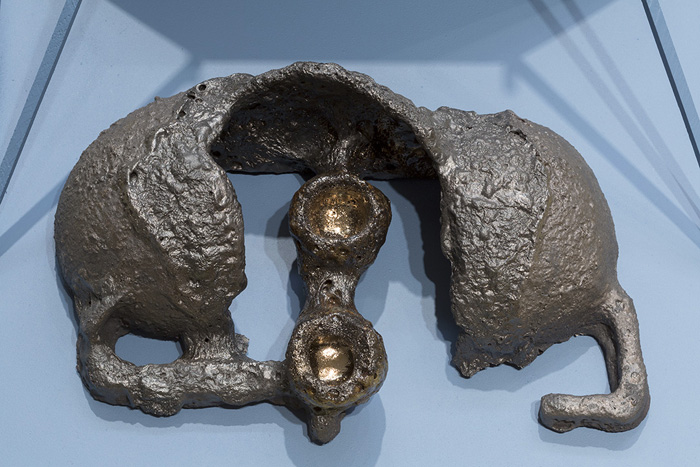 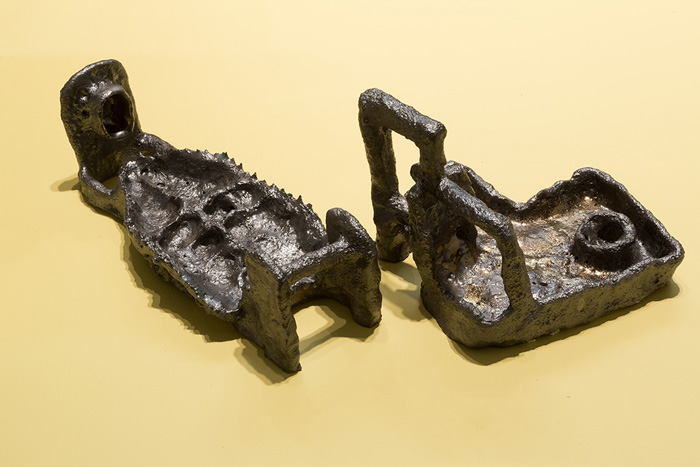 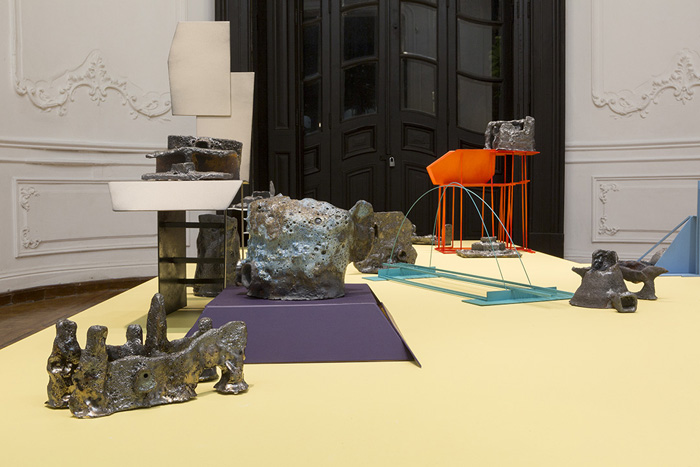 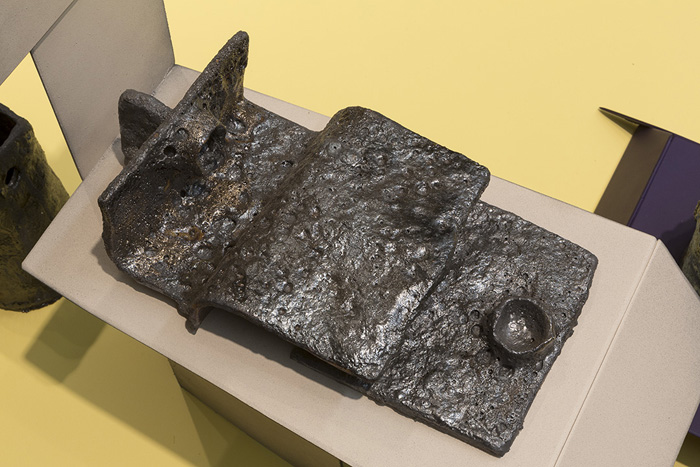 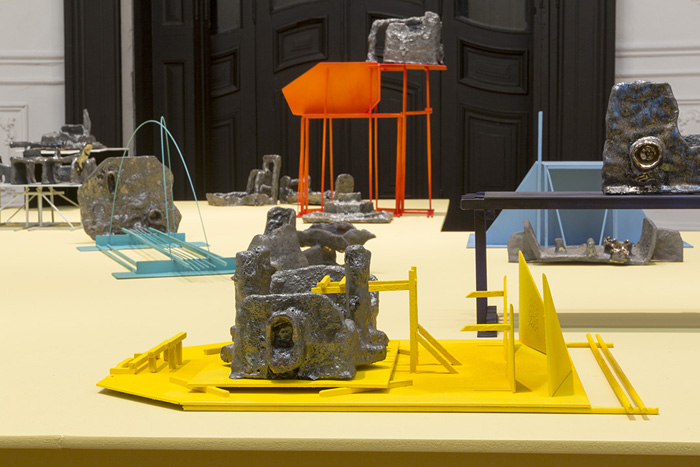 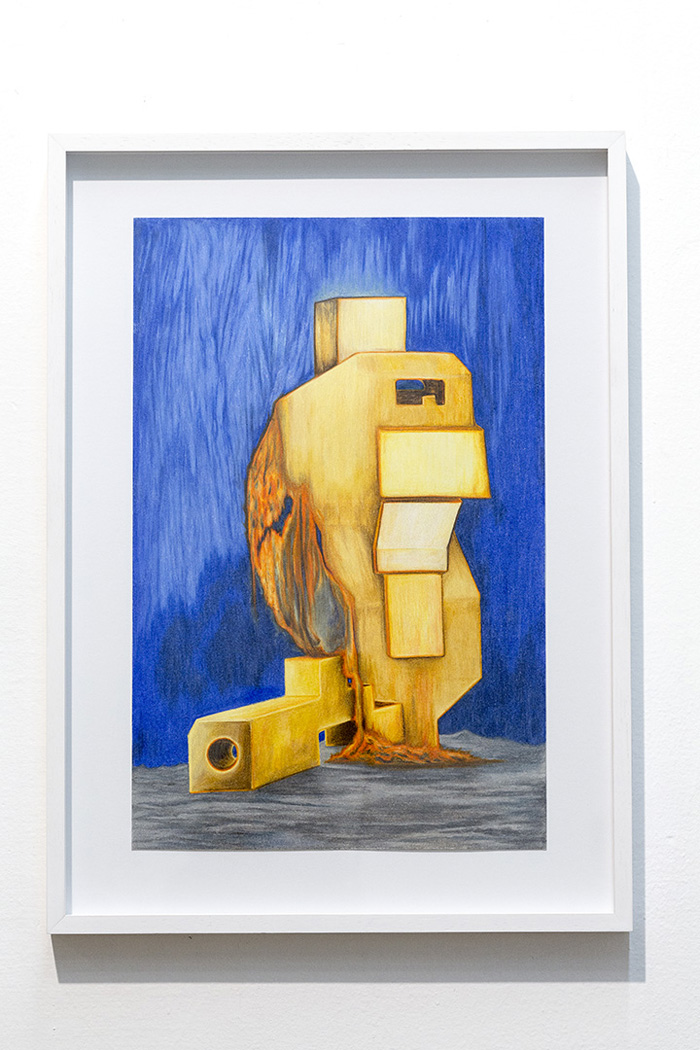 Emre Hüner’s practice discloses multiple narratives through an archaeological gesture. His installations suggest the archaic as a matter of the present — a result of the clash of pre-modern civilizations with utopian models of modernity. These scenarios create their own conditions and possibilities within a constructed fictional narrative.
Hüner’s work elaborates the notion of materiality as thought and objects as artifacts that question the events of their origin as well as the situation in which they stand; an archaeology of the present that is an invitation to generate new names and meanings in an imaginary landscape.
The influences of pre-Colombian architecture as well as modular and modernist architecture, together with the artist’s found images, give birth to new architectonic figures. The indeterminate scale presents a dynamic notion of spatial experience that presents an obsession with matter and its relation to its temporal duration. Architecture is posed as a non-constructive model, but a system where objects are resignified. In this perspective architecture is associated with a thinking process as an epistemological category.
The installation Hypabyssal refers to a type of sub-volcanic rock created by emissions of matter from the depths of the Earth to the surface, using ashes from the volcano of Colima incorporated into a ceramic glazing process that reduces oxygen and adds carbon, as well as minerals such as obsidian, bronze, and sand. Meanwhile the drawing, The Earth has to be renamed, constructs an abandonded site in a geological landscape.