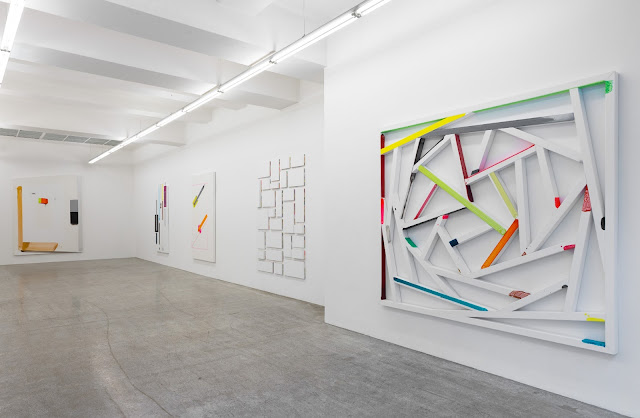 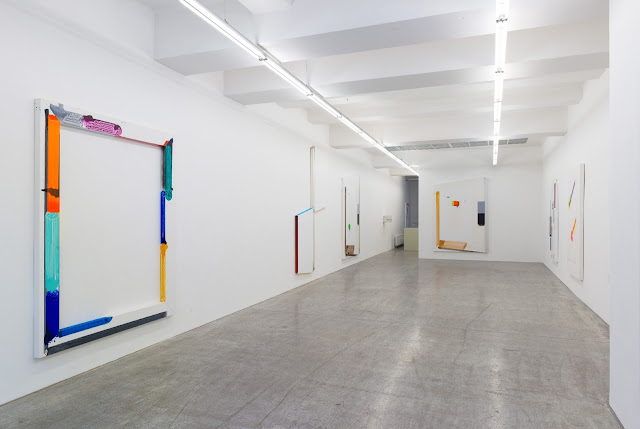 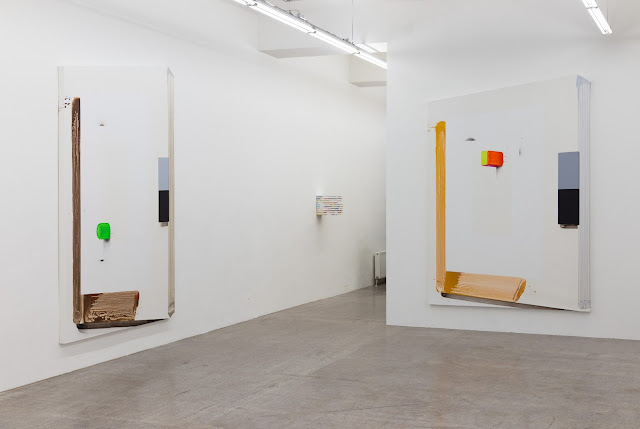 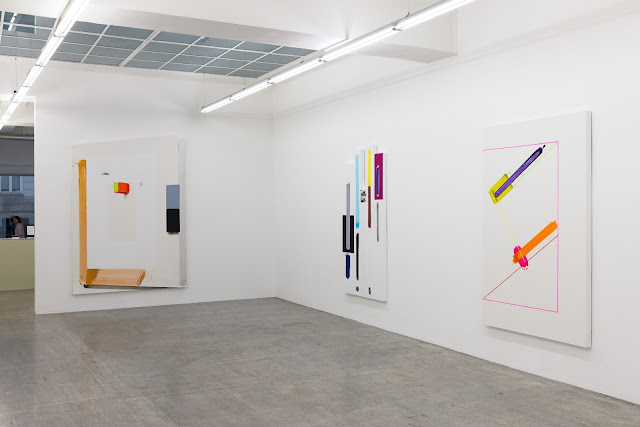 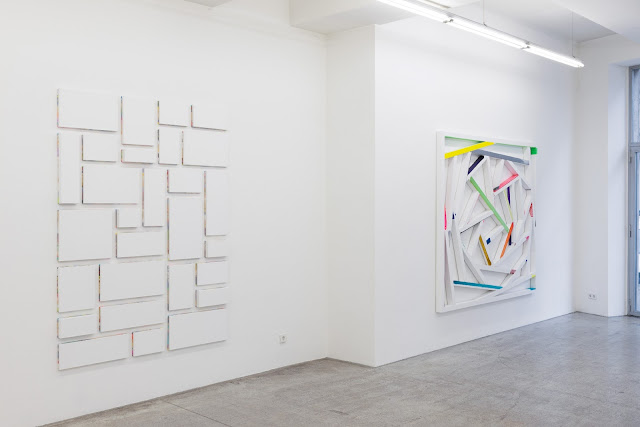 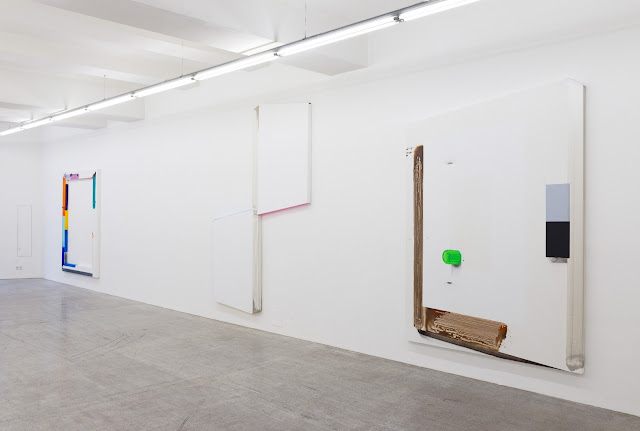 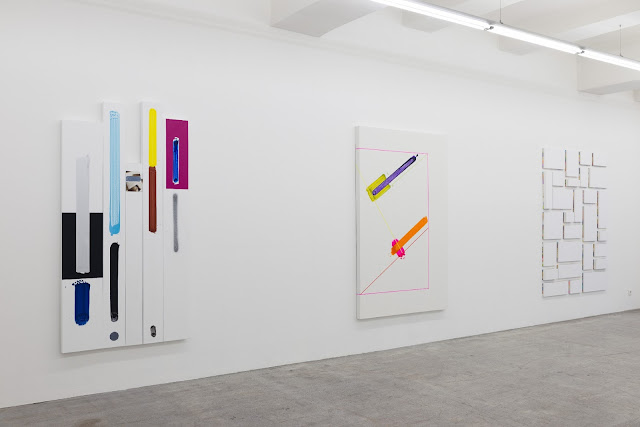 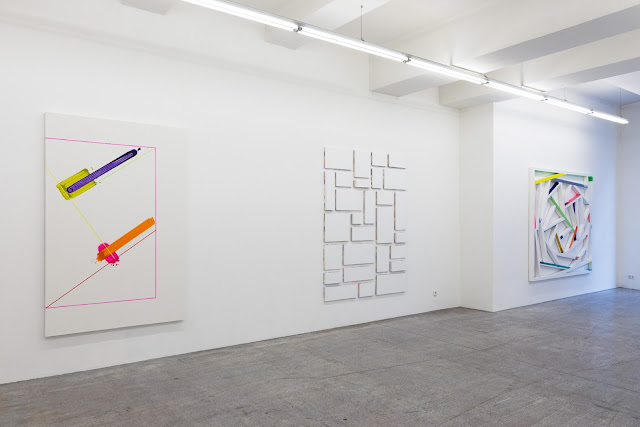 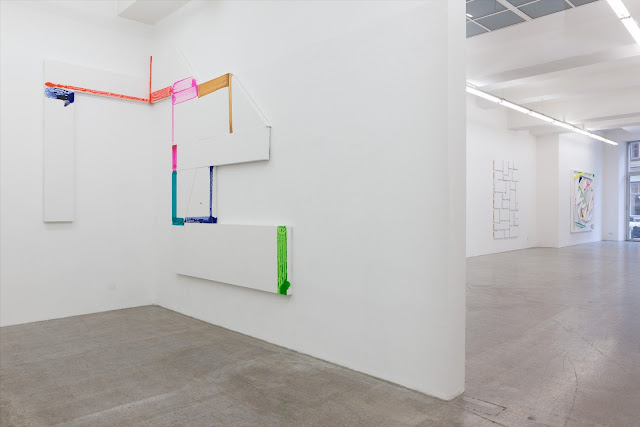 From the beginning David Hanvald has been concerned with finding means to circumvent or subvert the act of painting, the choice of artistic devices, and aesthetic decision-making. Hanvald does not merely intend to question the will as a formative power but to strategically negate this instance. He specifically counters the notion of the “skillful” picture as confidently developed by the artist in relation to space through the use of playful, aleatoric, or even random elements as definitive of an aesthetic of production. A lack of orientation in his process forms the crux of his aesthetic strategy. The material is to be made to “function” within the aesthetic process, without being instrumentalized by the impetus of genius. For Hanvald, the greatest possible moment of freedom is founded on the material and not on the status of the artist in the context of the painting process. Hanvald is interested in the non-image, for example the painting’s periphery. In a number of his paintings dating from recent years, the edge of the painting becomes the actual object of investigation. Blocks of color are grouped around an empty center and seem to indicate the underlying frame of the canvas, sometimes apparently forming its shadow. This is by no means an act of depiction; these areas of the painting are defined by colorful-abstract and almost gestural markings. In Construction Toy / Der Baukasten Hanvald presents an arrangement of images, a composition that unfolds in space and veritably “goes around the corner.” The impression that it conveys—of an extended wall of building blocks—is not coincidental. Hanvald has shaped the canvases like bricks. The constellation of paintings, the composition of the work, can thus be assembled differently each time. The application of paint to the individual components suggests markings. Through the most minimal artistic intervention possible, they transform the two-dimensional building elements into potentially aesthetic units of construction. To a certain extent Hanvald’s ironic and iconoclastic series of images leaves the viewer perplexed. Where one expects to find an image, one discovers an apparently random arrangement. Nevertheless, despite all his efforts to subvert the intentional act of pictorial creation, he manages to present the viewer with a space of aesthetic possibility, in which one’s own gaze is engaged as a formative agens—a process that is thus made obvious and observable.
Tags Lazy exhibitions
Newer Post Older Post Home