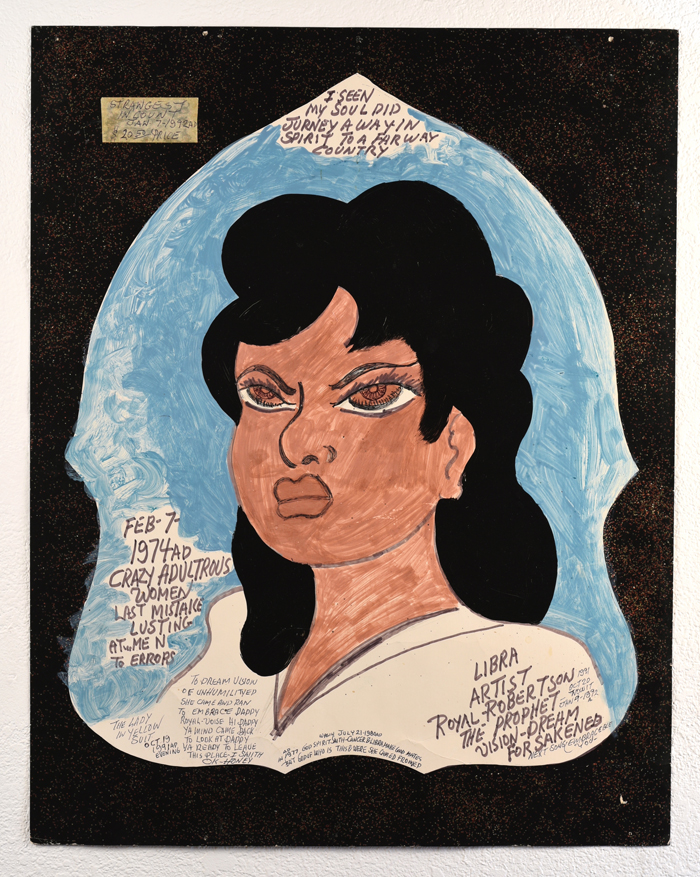 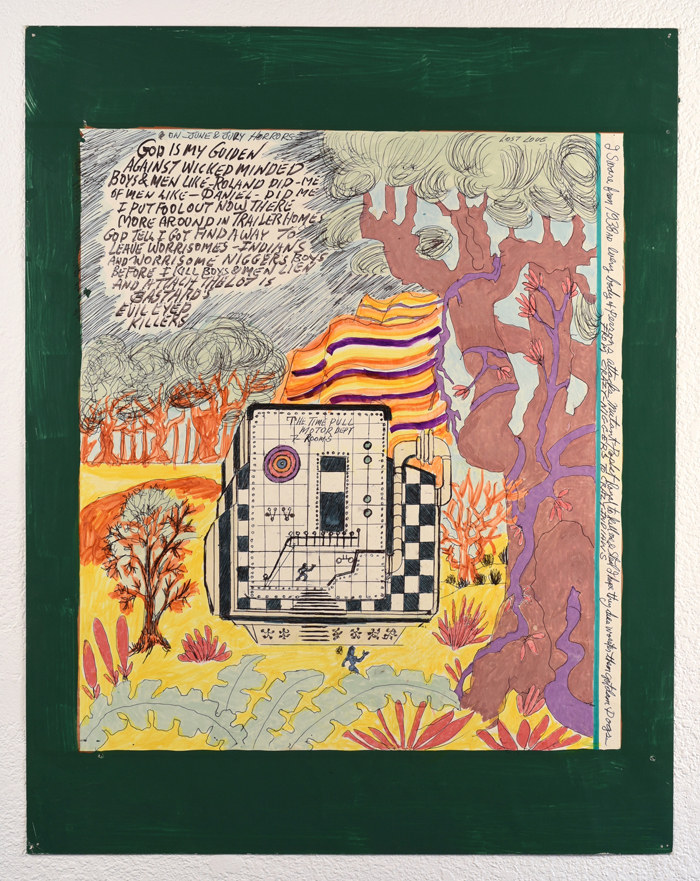 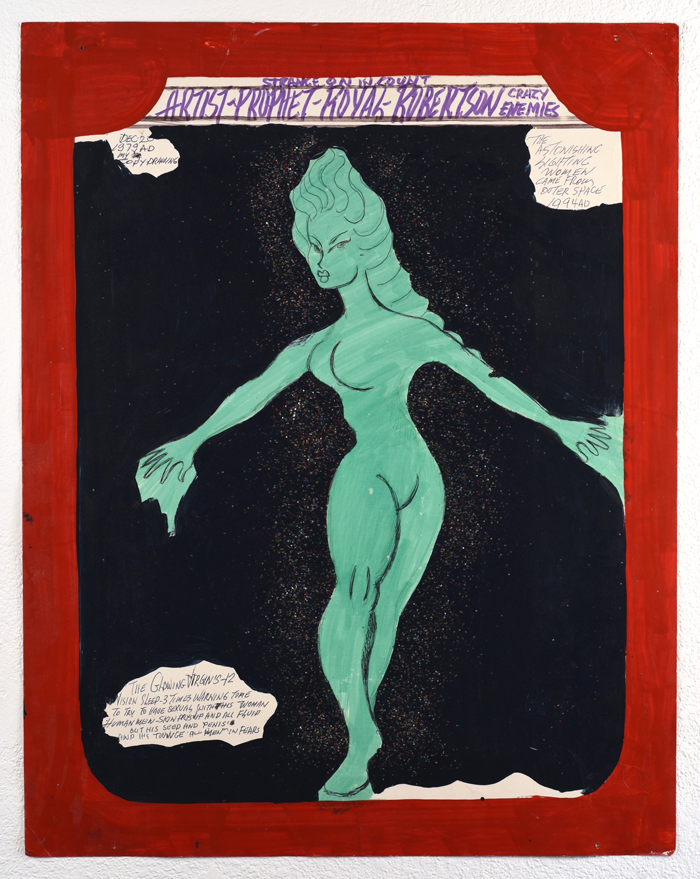 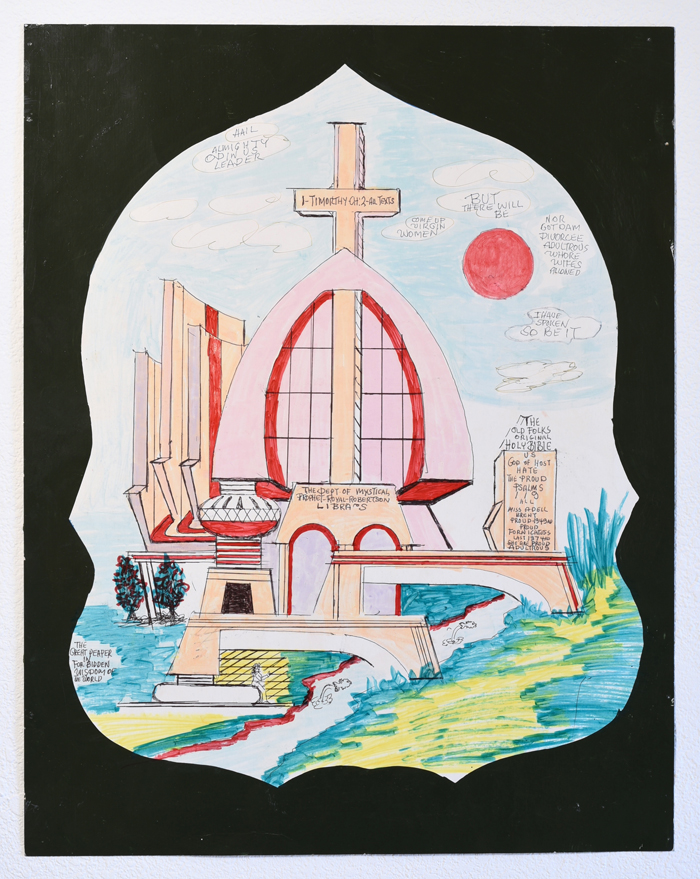 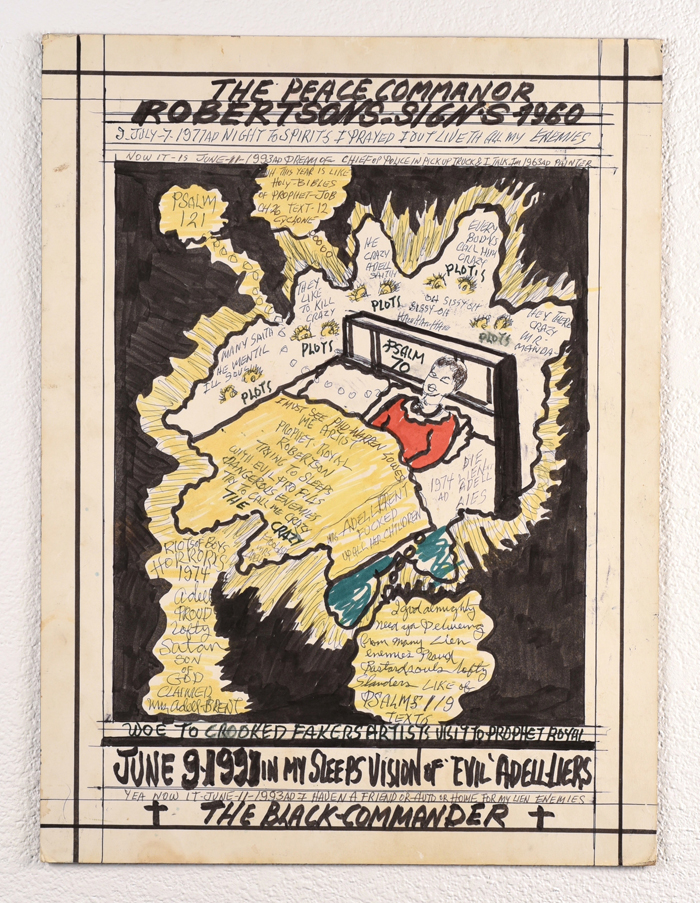 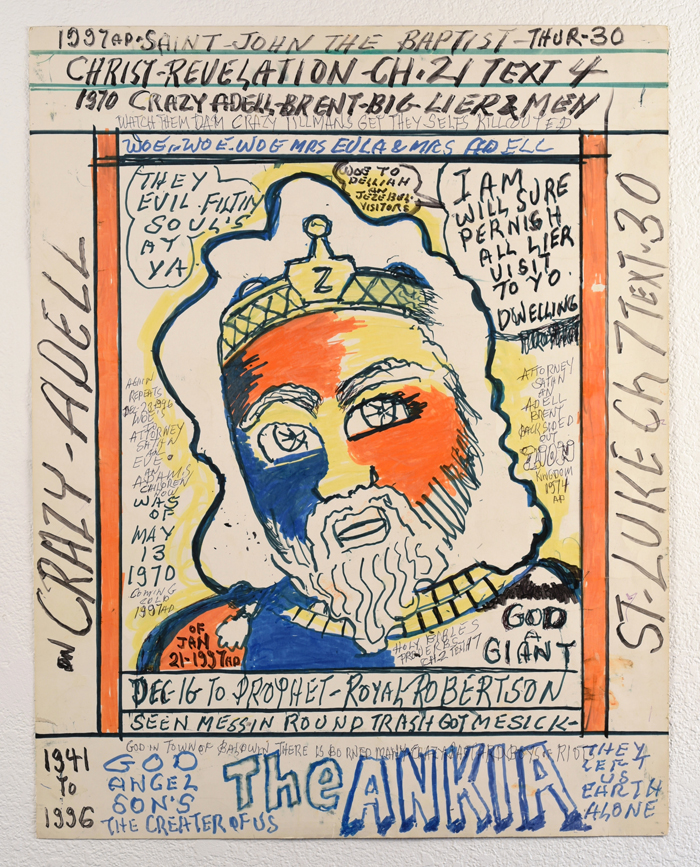 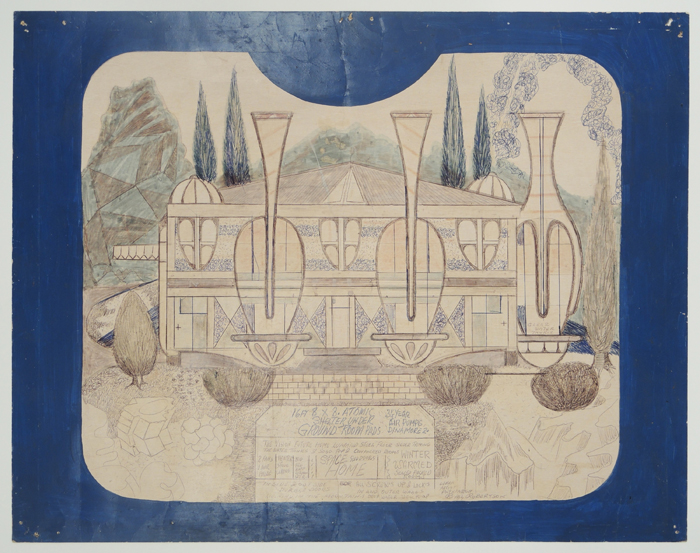 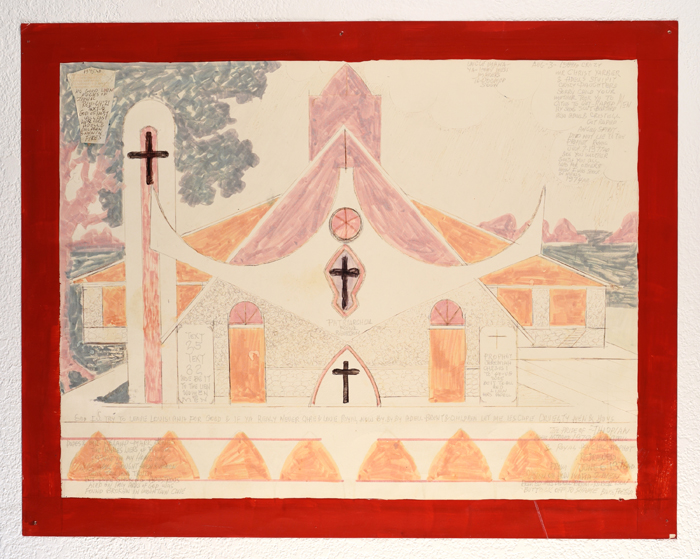 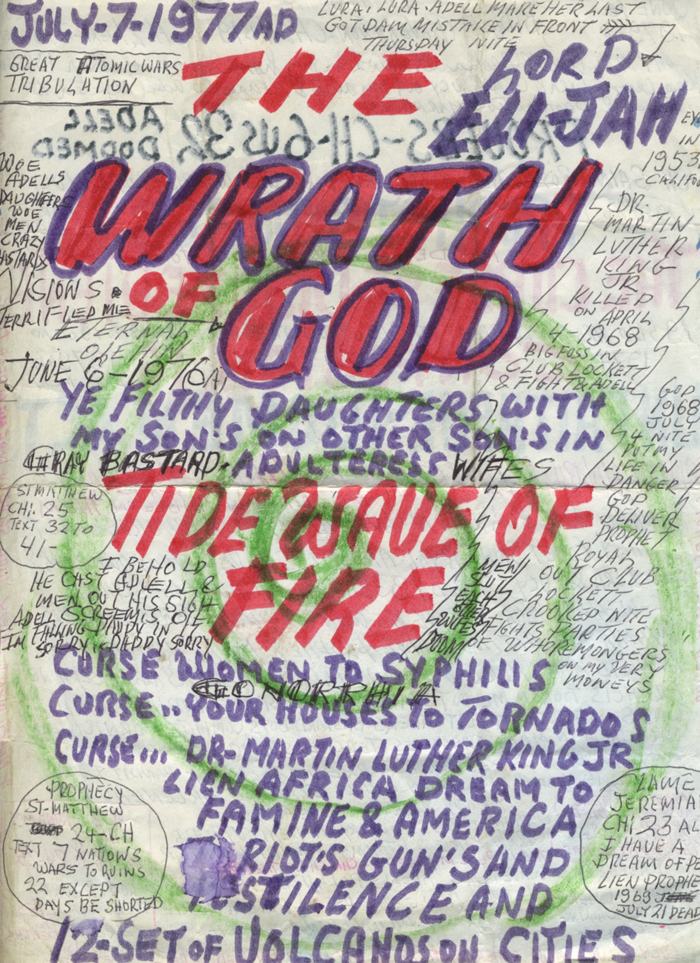 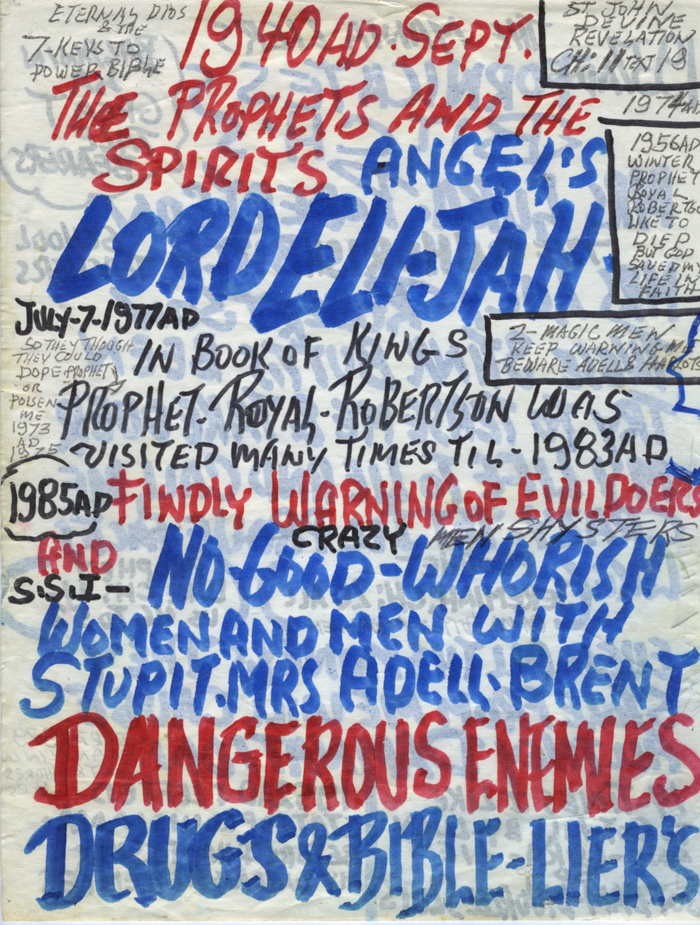 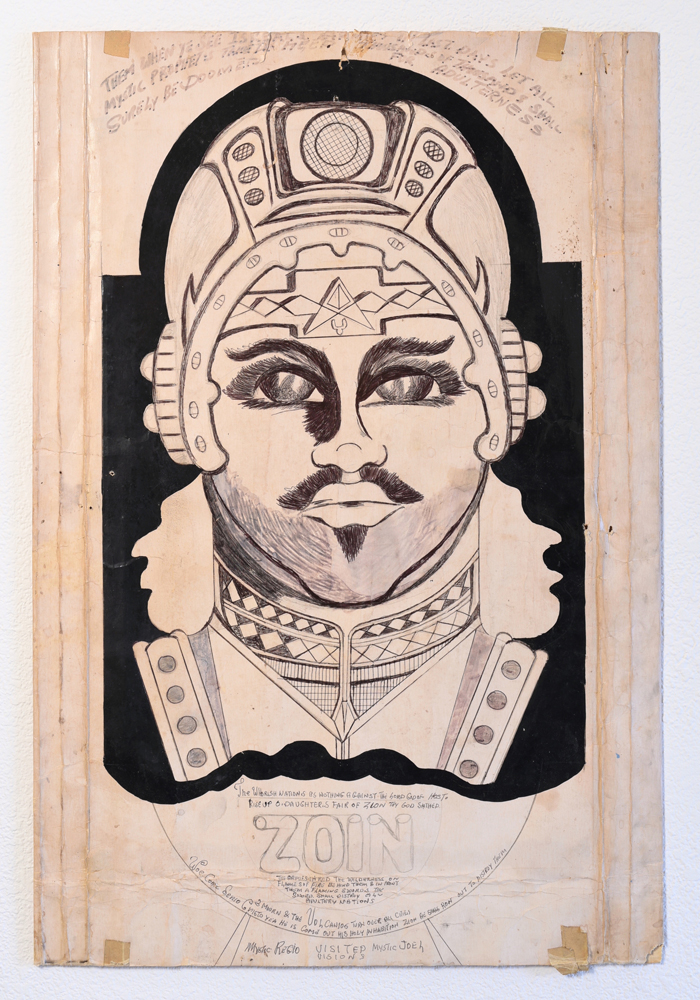 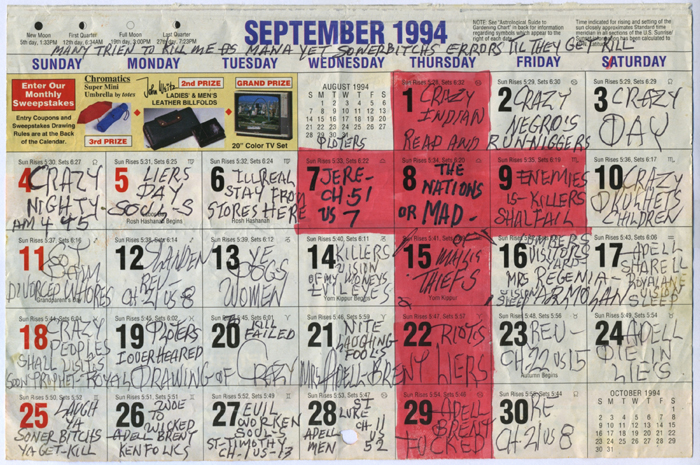 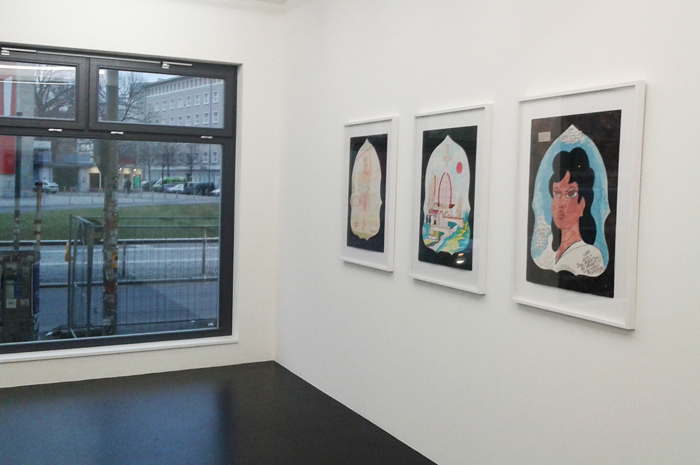 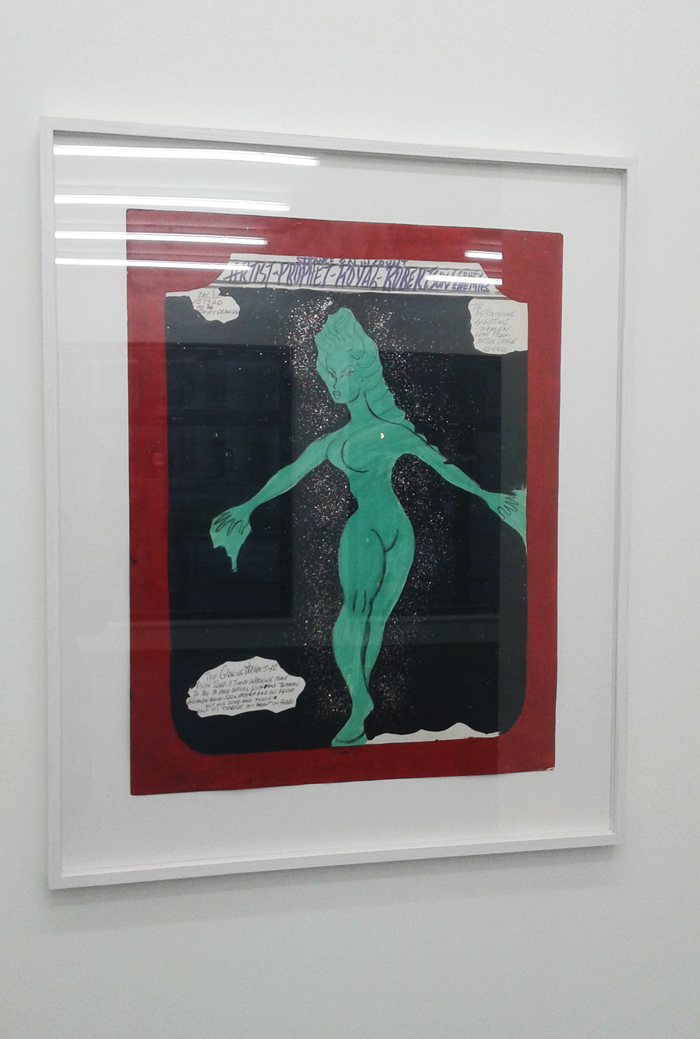 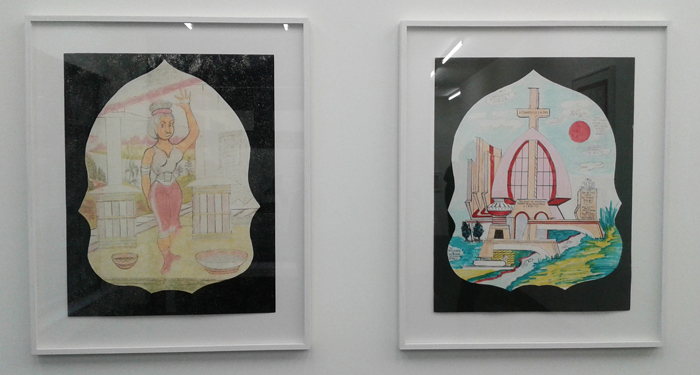 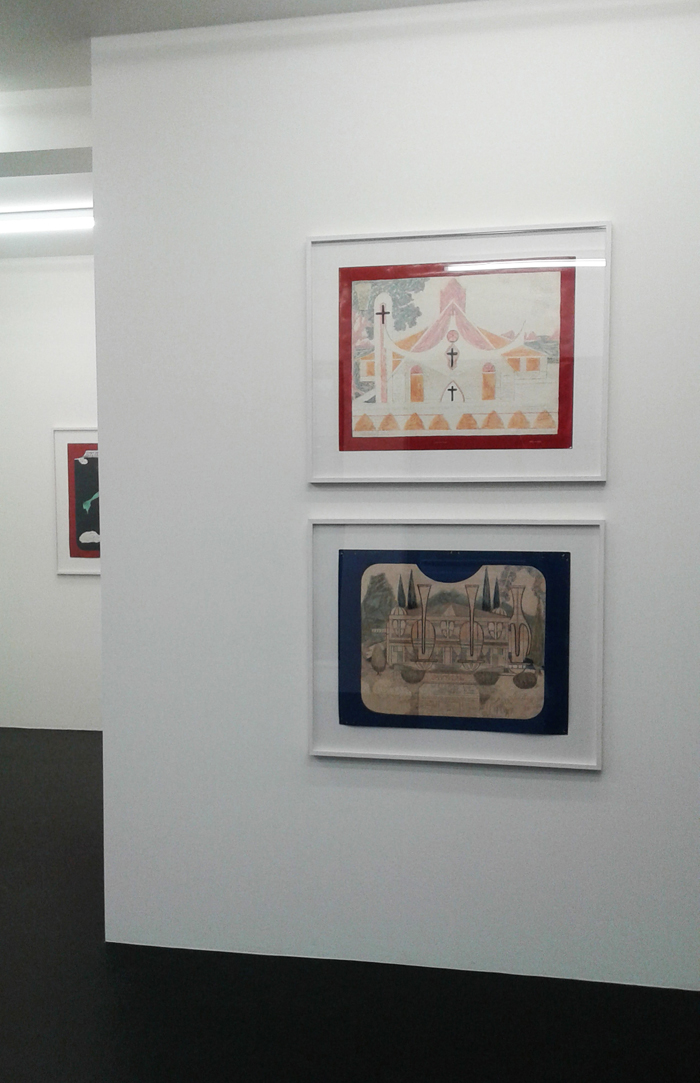 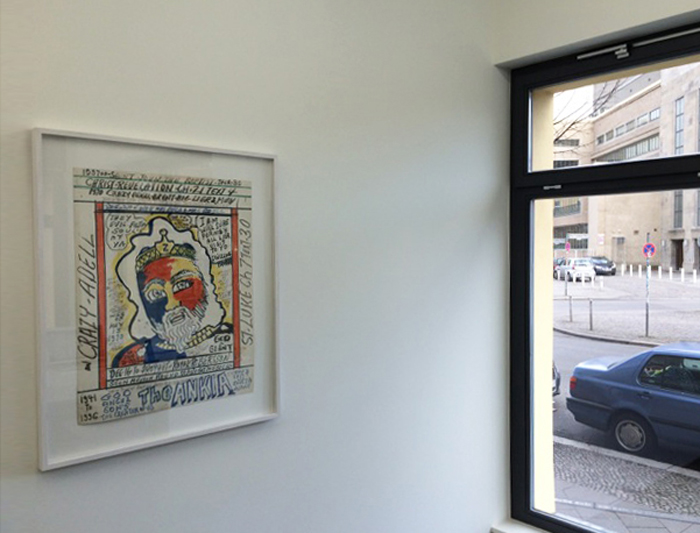 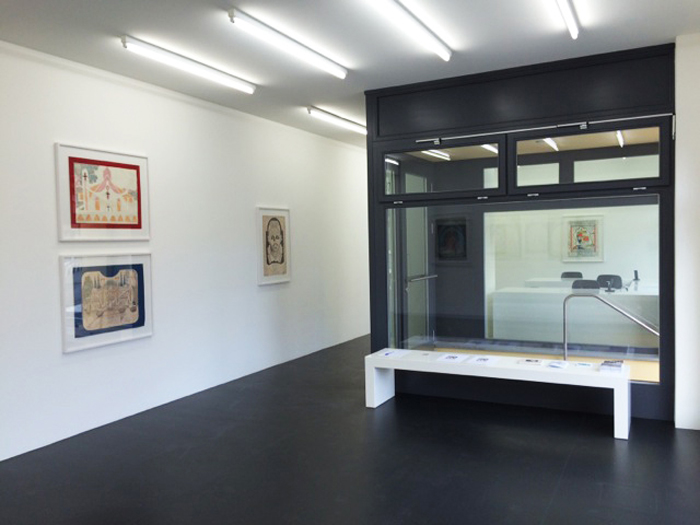 Delmes & Zander I Berlin will present for the first time in Europe a one-man show with works by Prophet Royal Robertson.Self-proclaimed “Prophet” Royal Robertson (1930 - 1997) spent most of his life in Louisiana. As a teenager, he left to travel along the West Coast, but returned after a few years to take care of his elderly mother. In 1955 he married Adell Brent, but after nineteen years his wife left him and took their twelve children to live in Texas. Robertson, who had been a sign painter by trade, began to decorate the inside and outside of his house with hand-made signs and paintings denouncing his wife's betrayal in apocalyptic verse. Over the next decade, his misogynistic rage gave way to an obsessive conviction that he was the victim of an evil female conspiracy. Giving voice to the hallucinatory visions he had of space travel and aliens that predicted the apocalypse through complex numerological formula, he warned the world about the dangers of adultery and fornication, of "adulterous whores," unfaithful spouses, and “bastards” who had lost all pride. Many of this works include calendars chronicling memories of his unfaithful wife and their destroyed marriage in brief journal notations scribbled in each date's block. A preoccupation with numerology and biblical prophecies of earth's final days as found in the book of Revelation is pervasive. Robertson's rant-repertoire from an enigmatical universe is based on biblical prophesies, numerical formulas, and visions of dream houses and space travel merging such disparate themes as messianic eschatology, futurism and science fiction.Prophet Royal Roberton is represented in renowned collections worldwide such as the American Folk Art Museum, New York; the Smithsonian Museum Of American Art, Washington and the Treger Saint Silvestre Collection, Porto.