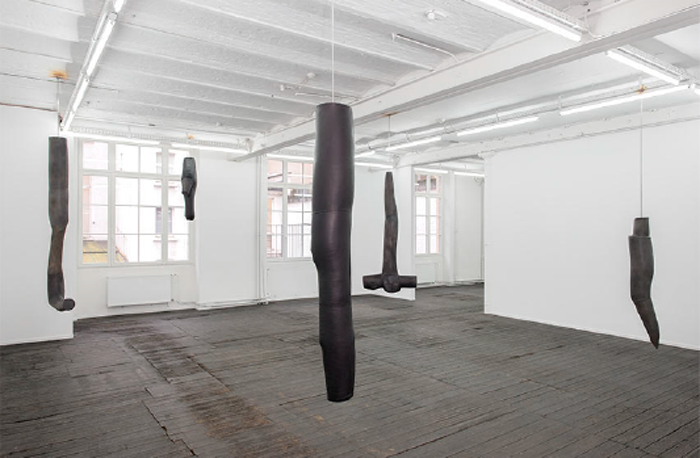 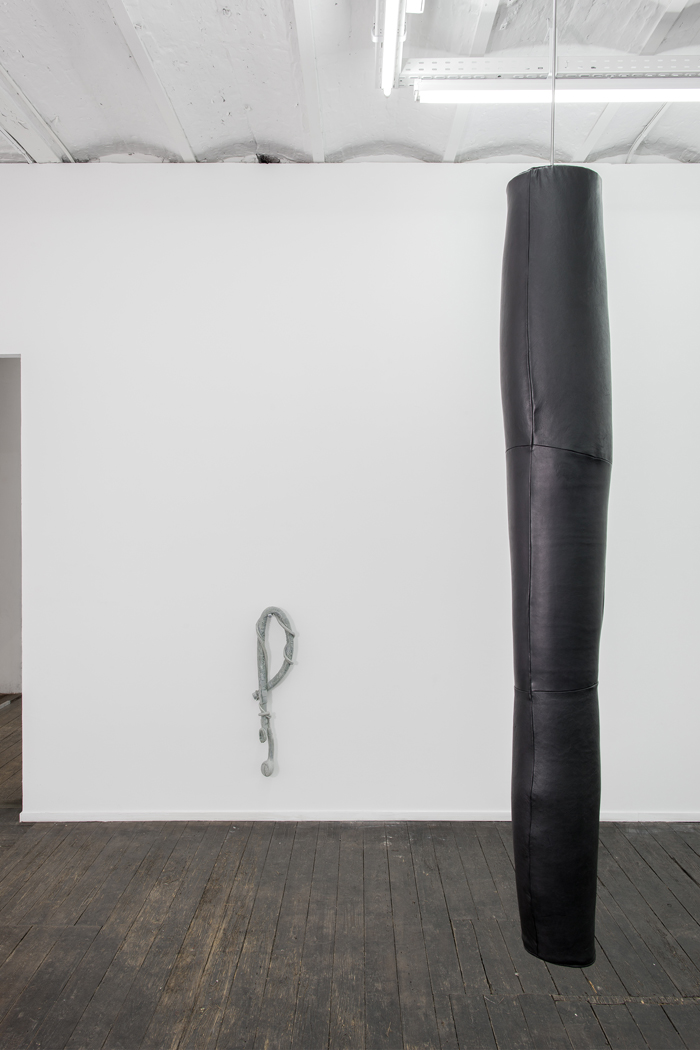 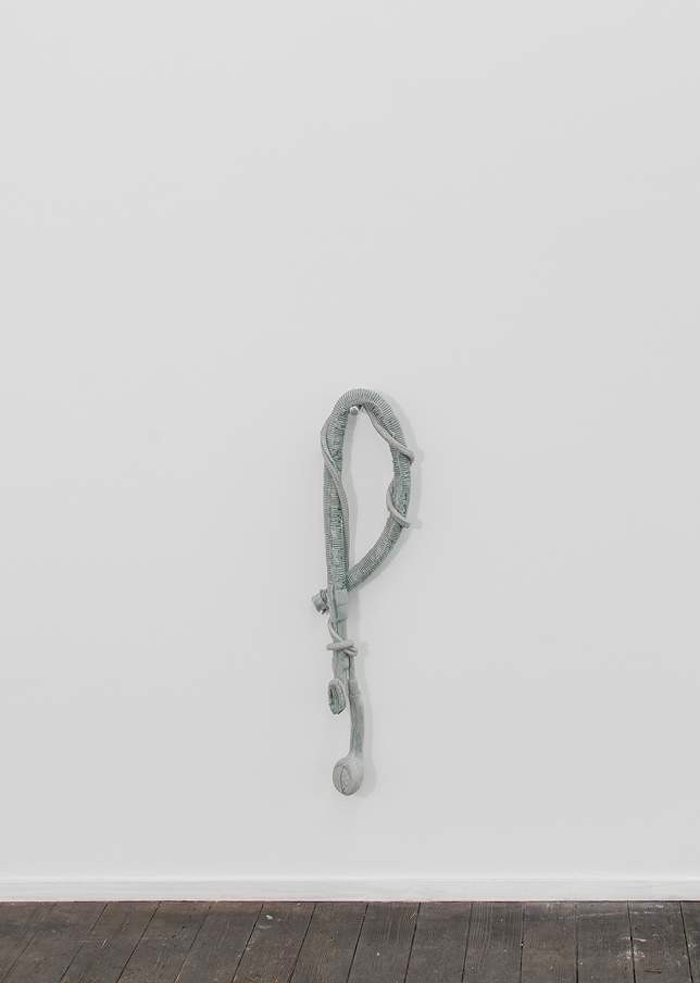 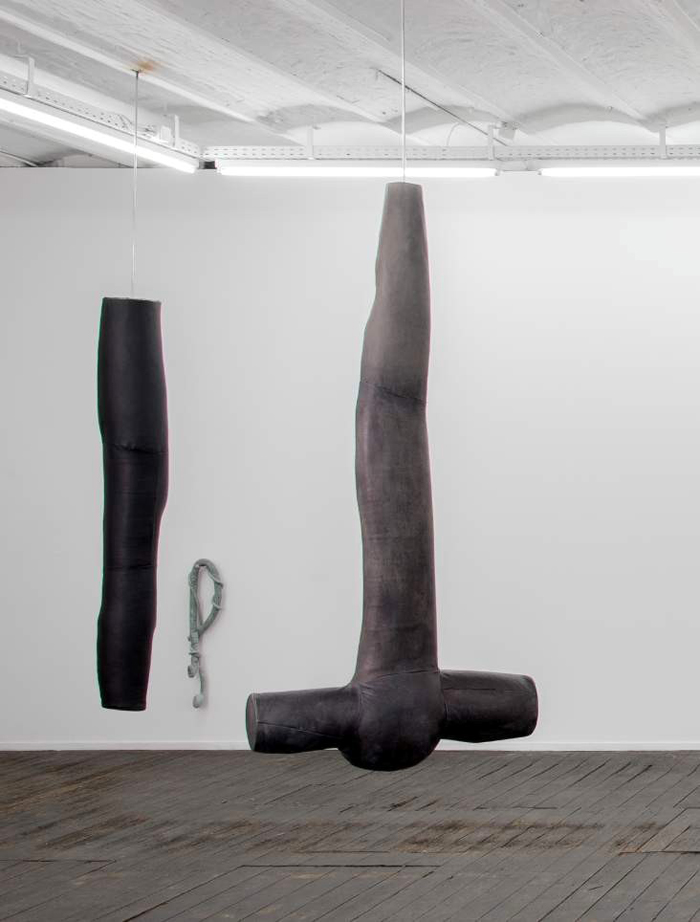 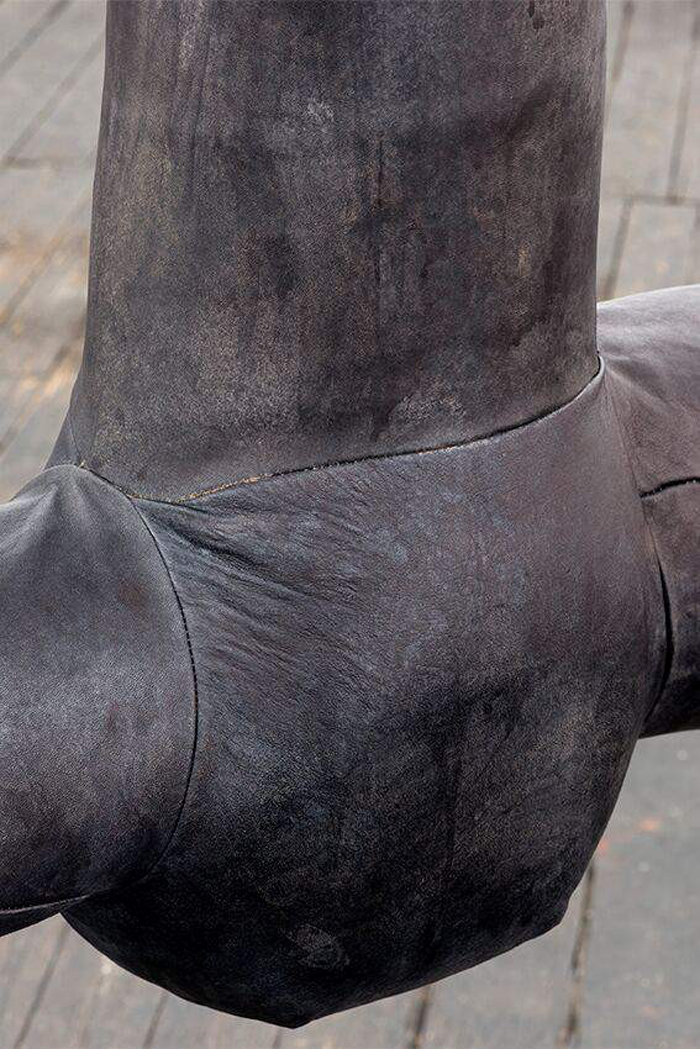 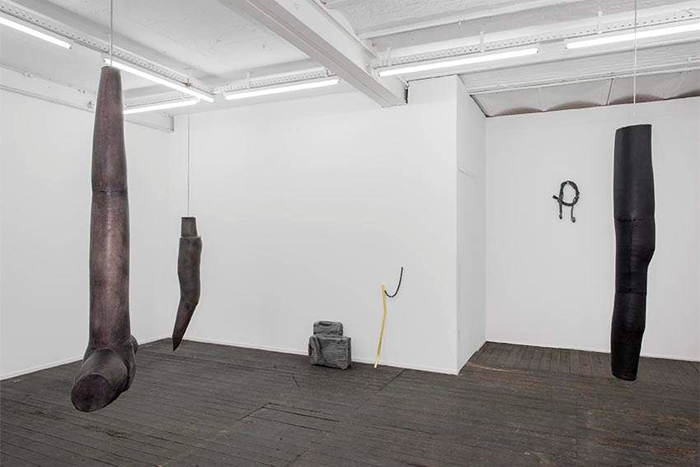 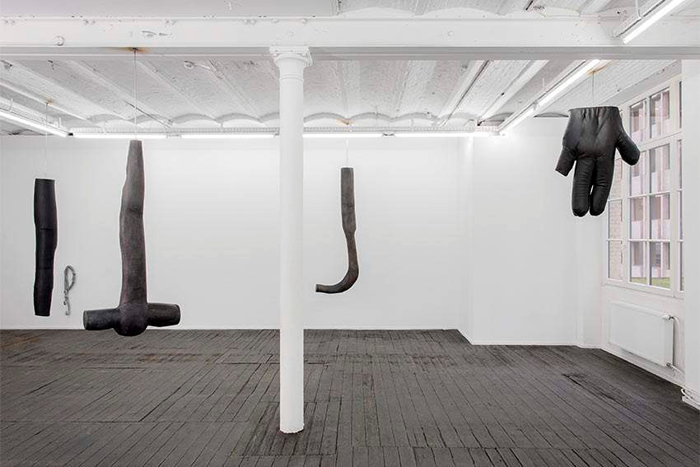 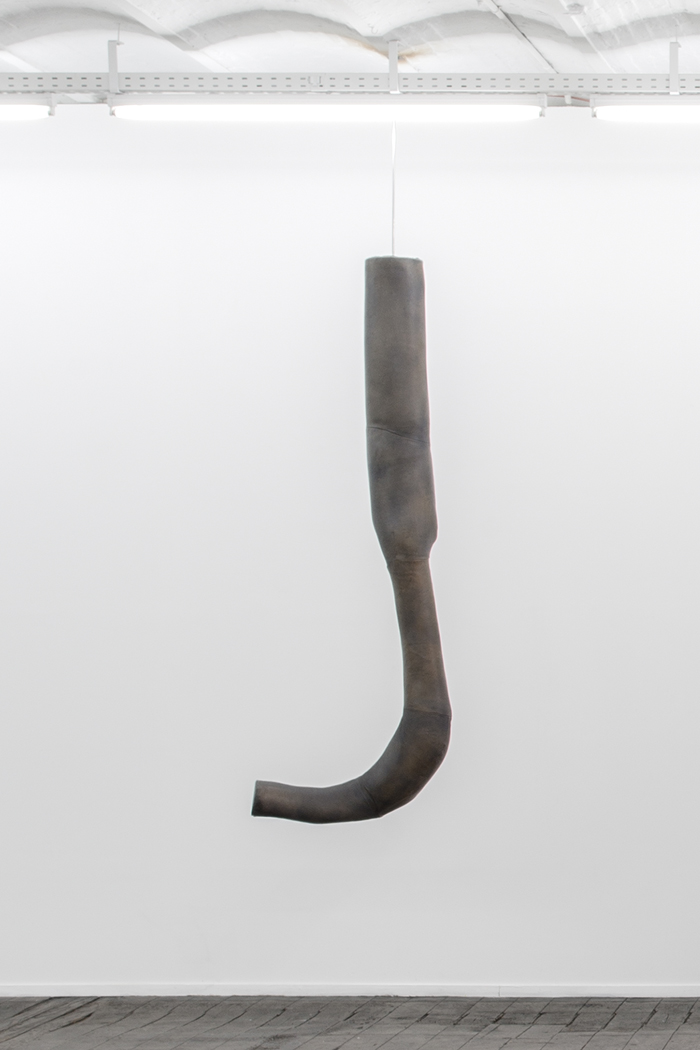 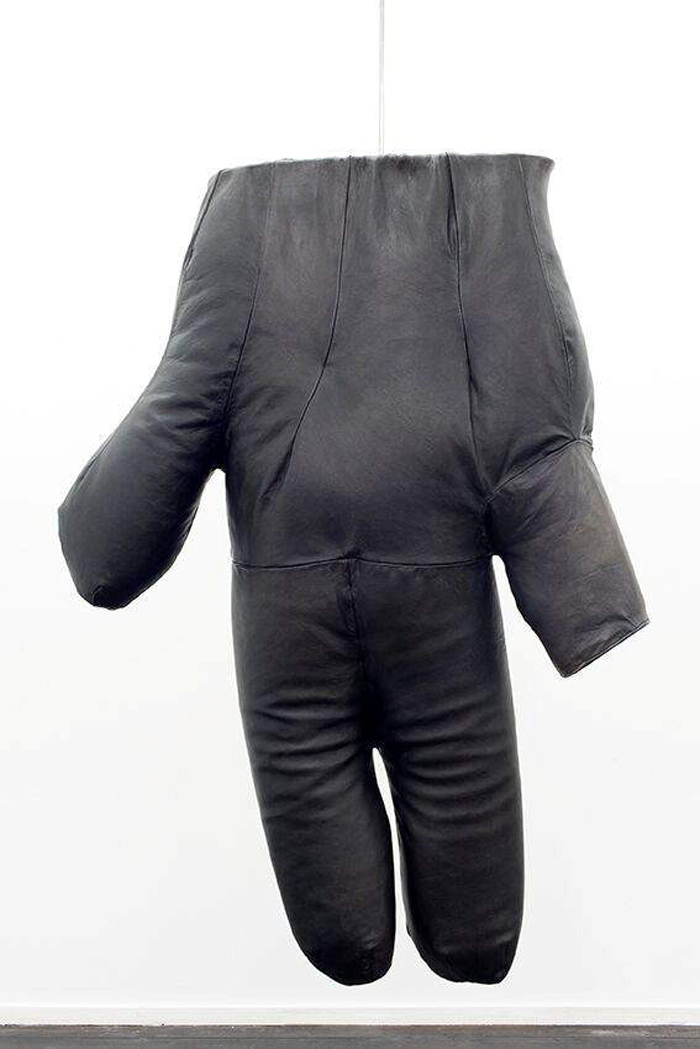 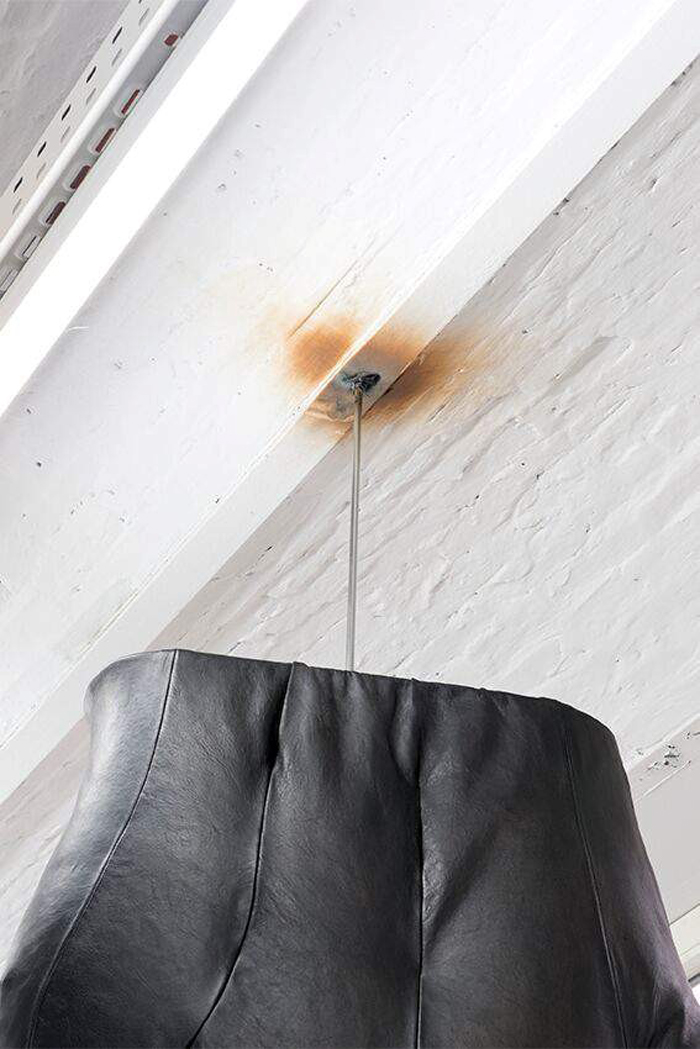 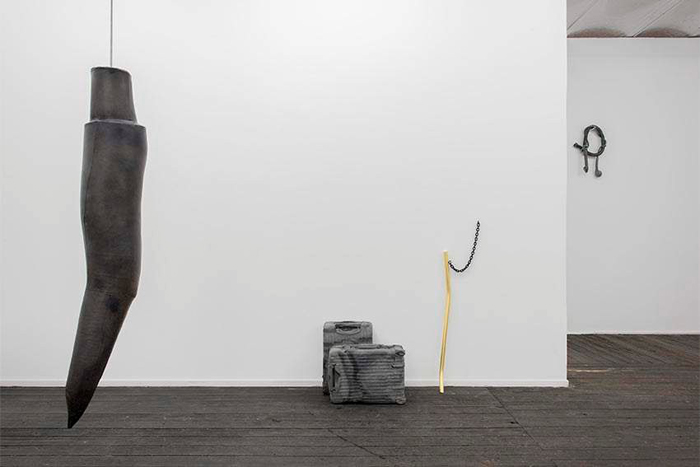 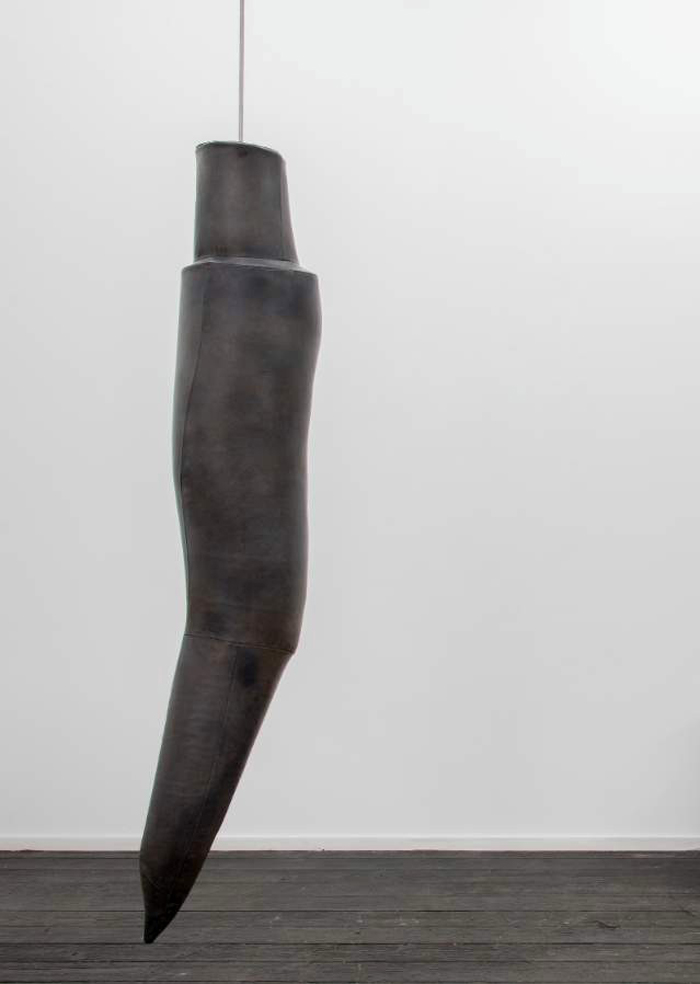 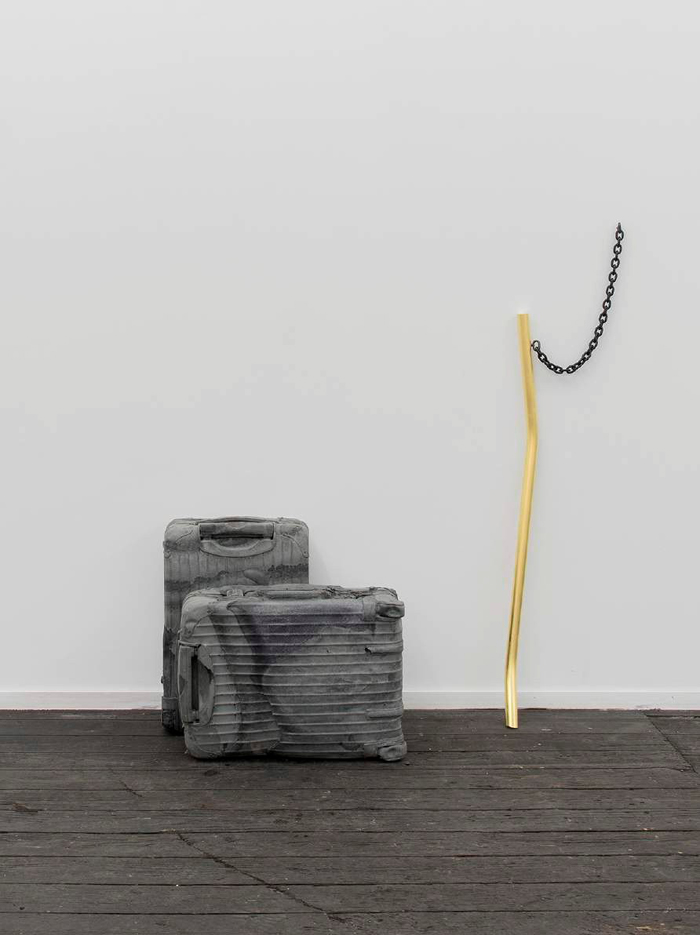 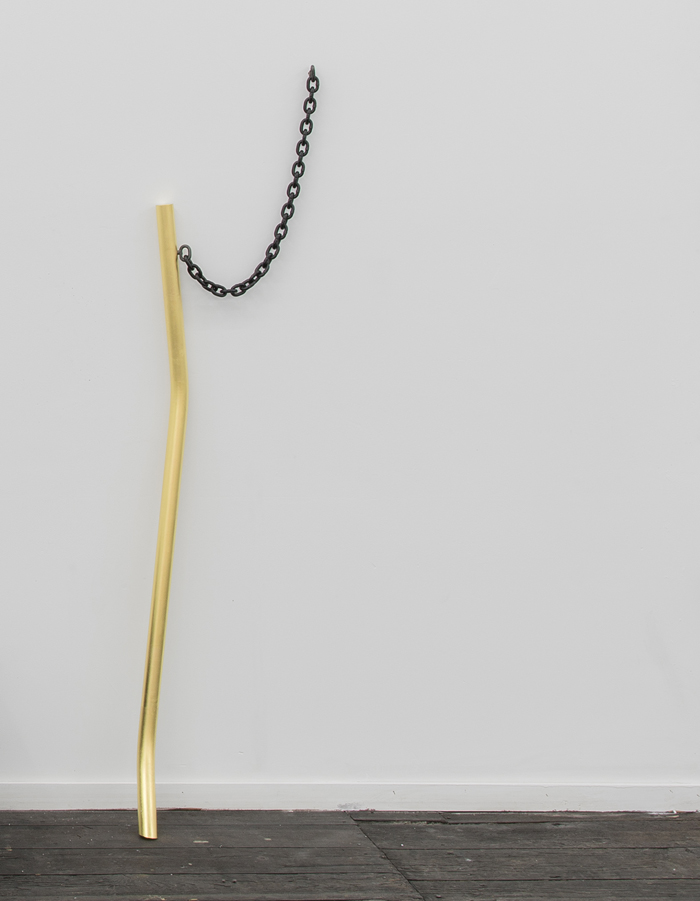 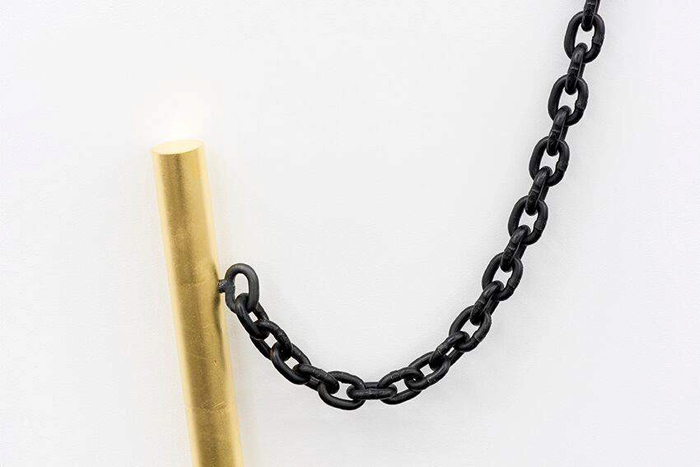 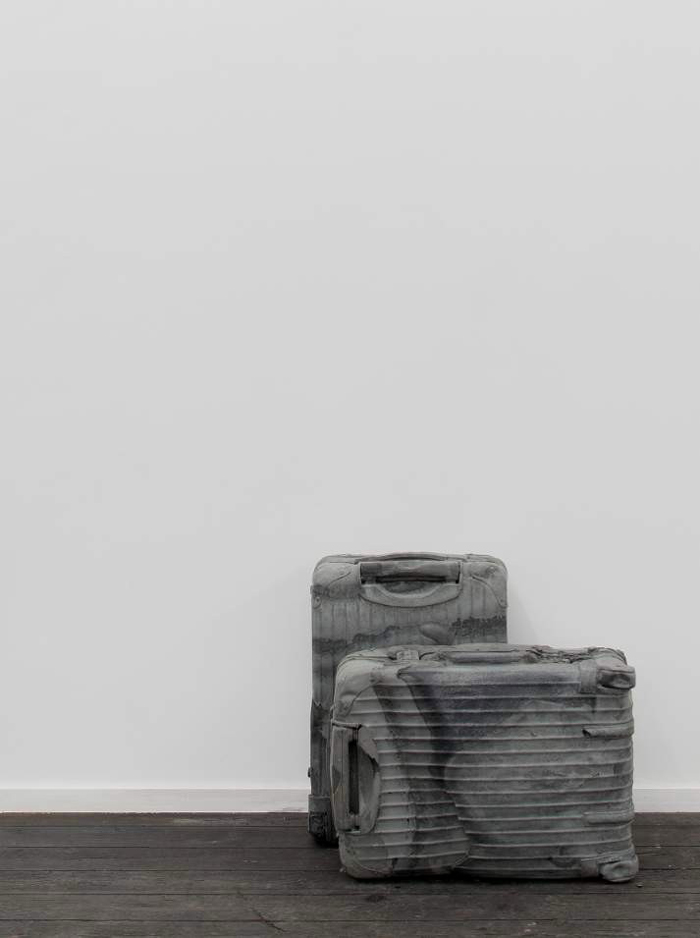 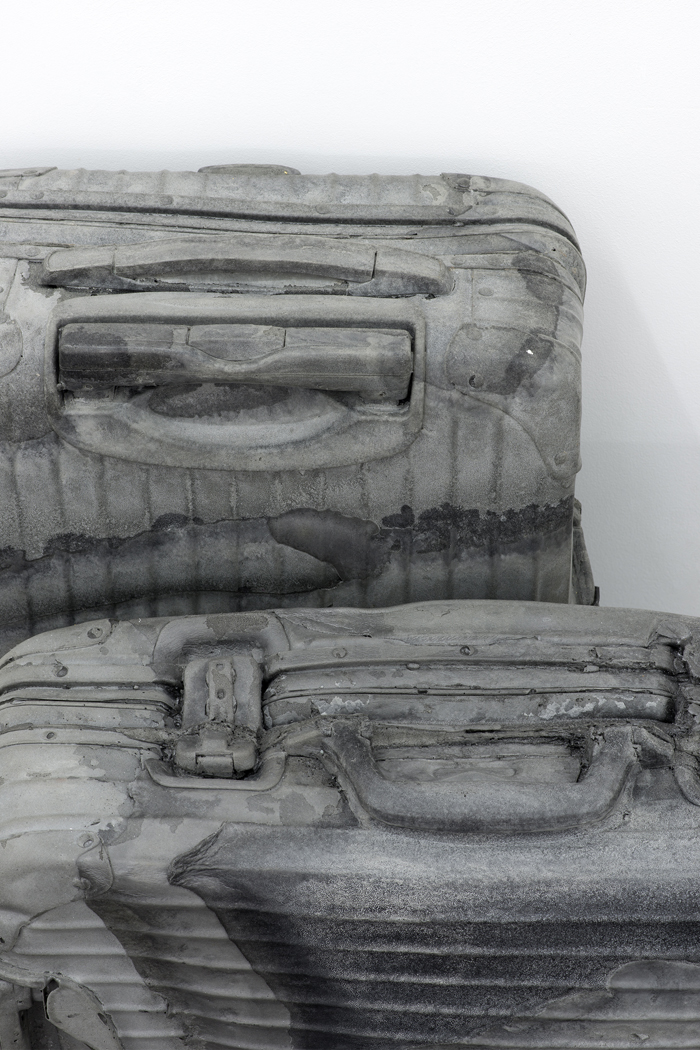 For his ﬁrst solo exhibition at the Jeanroch Dard Gallery, Loup Sarion presents three sets of works, out of leather, metal and foam, gathered together under the title humidity. Whether they show stalagmitic and stalactitic bodies simulating the furniture of a cave, or punching bags evoking the world of a gym, these sculptures summon a primitive imagination and a certain aesthetics of ﬂuid.

The artist likes to sculpt a hybrid universe, made of common references camouﬂaged in such a way as to quash every taboo as well as every reference point. At ﬁrst sight, his works may seem like odd, discrete, almost nonchalant assimilations of the shifts in meaning which they touch upon; looking at them more closely, they reveal their organic and raw nature, as well as their presence of the human body on the mode of absence.

The Sleepwalkers are totemic sculptures viewed as characters made active in sleep by feelings of loss or emotional states. Suspended from the beams of the gallery by means of a welded metal rod, these indeterminate volumes concerned with the relationship with the anthropomorphic evoke the ambulations of our nocturnal lives.

Light and vivid in an almost inscrutable logic, the work of Loup Sarion is reduced to an idea of inﬁnite malleability of matter and inhibition of abstract and banal forms, which it seeks to put in tension. At the time of adding the pictorial element, he treats the surface in a quasi epidermic manner. As such, whether it is a sheen on the metal or a tinted texture on the leather skins, the smoothness of the colour becomes haptic and a silent dialogue is established between sight and touch.

Castings in polyurethane foam, Soft sweating are also works which refer to the skin and its moods. By representing the memory of an addition of gestures and forms, these interminglings of shower and vacuum cleaner pipes are hybrids of domestic objects that the artist translates into a stripped language, and exposes in suggestive trophies.

Loup Sarion calls upon a reality haunted by contradictions and nonsenses which leave the spectator with a bitter aftertaste. But there is always a form of sincerity - as he says - in the way in which he questions the objects without judging them. Existing physically in the space of the exhibition, these bodies extend the modern apprehension of sculpture.