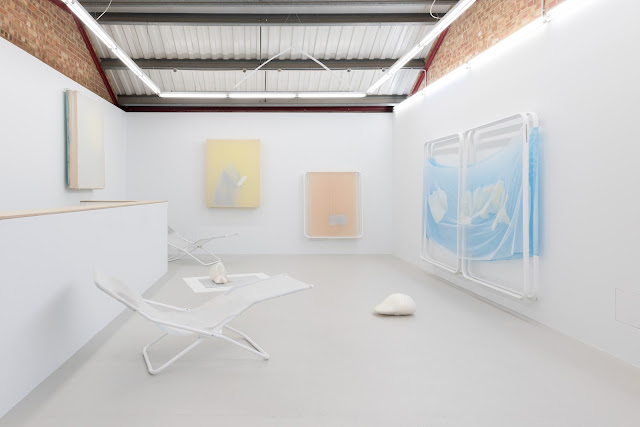 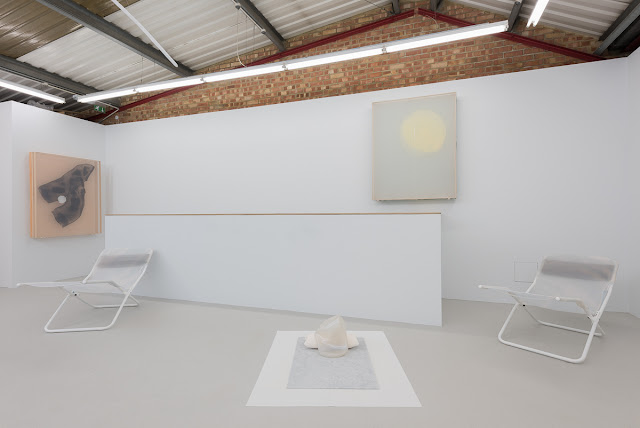 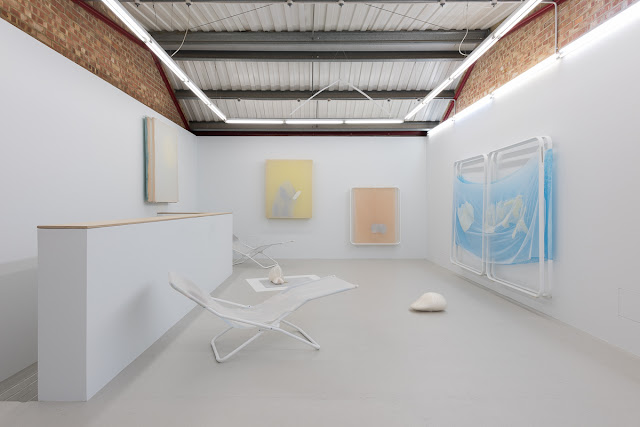 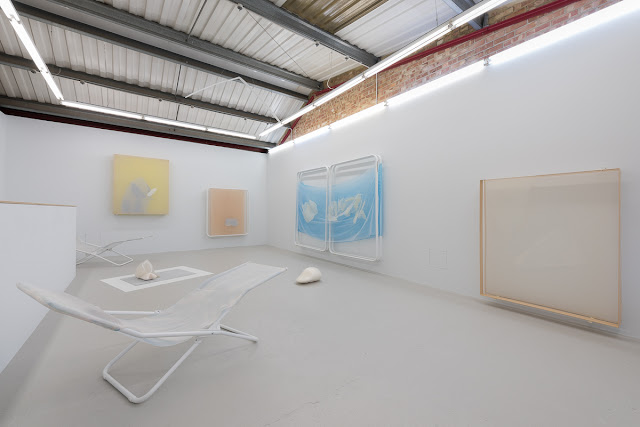 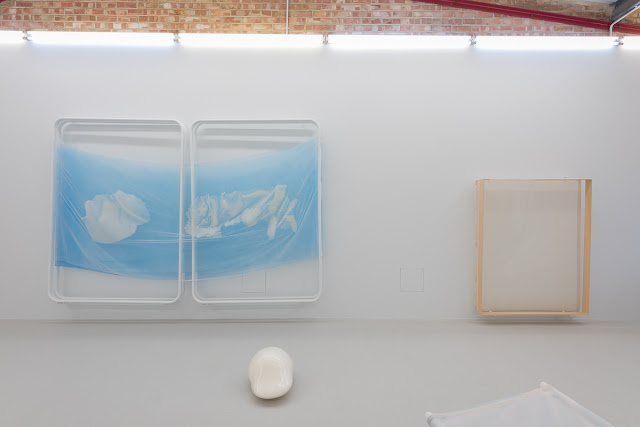 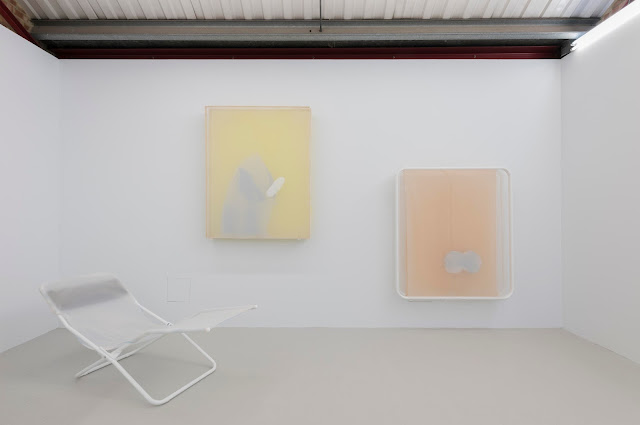 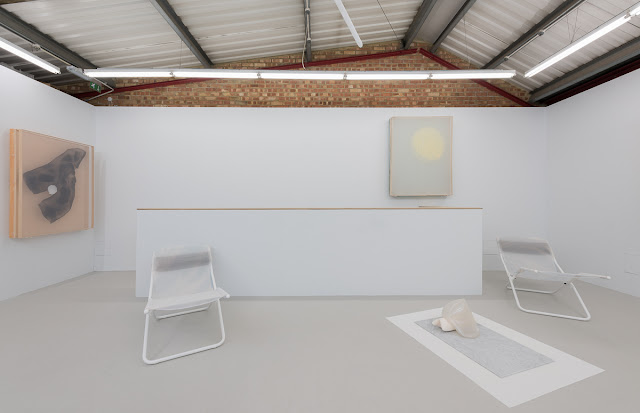 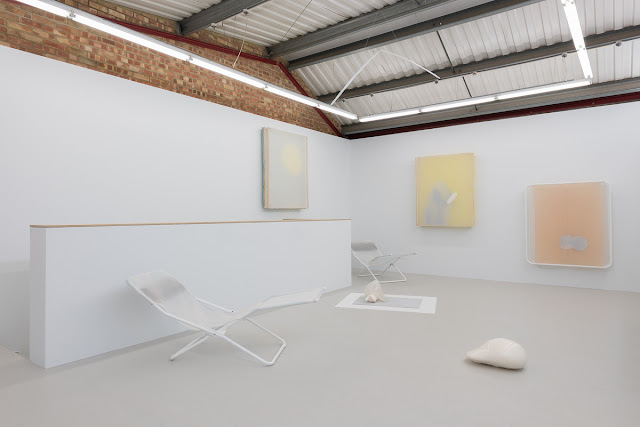 Annka Kultys Gallery is pleased to present the gallery’s first exhibition with Ittah Yoda. I THINK MANGO YOU SAY SALMON features recent wall works, sculptures, mobiles and furniture pieces created by the Tokyo-born Kai Yoda and Paris-born Virgile Ittah, working together for the first time as a collective.

I THINK MANGO YOU SAY SALMON is the culmination of the artists’ recent creative collaboration and comprises ten pieces that explore the subjectivity of the human experience. As the exhibition’s title alludes to, collaborations are by their very nature relationships open to issues of interpretation and potential dissonance; in contrast to the singularity of the traditional solo artist’s sensibility. Thus, in the context of the pairing of artists whose divergent backgrounds (oriental cf. occidental; passive and reactive cf. expressive and initiative taking) could be seen to embody the ancient Chinese philosophy of yin and yang – the notion that apparently opposite or contrary forces are in reality actually complementary, interconnected and independent and give rise to each other as they interrelate – it is unsurprising to find Ittah Yoda’s work infused with a fragility and ethereality that echoes the contingent nature of the collaboration.

Five of the pieces in the exhibition belong to the series, I THINK MANGO YOU SAY SALMON. All are what the artists describe as “wall pieces,” that is, works that while they are wall hung in the manner of paintings, have a three dimensional aspect that takes them beyond the usual boundaries of painting and into the realm of the sculptural. Created from combinations of powder coated aluminium, gel transfer medium, silicone, acrylic, and silk, polyester and sport mesh fabric, each work in the series features a colourful base image that is shrouded behind one or more layers of translucent fabric. The effect is to mute the impact of the original base image lending the works an airy and diaphanous evanescence.

In I THINK MANGO YOU SAY SALMON #I, for example, a rich yellow-orange colour field is broken by a softly rounded shape of lilac silicone, poured onto the aluminium in a process echoing that the mid-twentieth century American abstract expressionist Morris Louis used to pour his paint when creating his flat colour compositions, and then veiled behind three gauze screens of sports mesh and polyster. The brightness of the yellow-orange and lilac dissipates as the viewer’s gaze by necessity has to pierce the translucency of the gauze screens lending a soft and subtle ambience to the work (not dissimilar to the effect the layers of the earth’s atmosphere have on the sun’s rays at sunset) and inviting prolonged contemplation. The aesthetic is not unlike that of traditional Japanese gardens; places where the viewer was expected to sit for at least twenty minutes before being able to “see” the garden.

During the nineteenth century, Europe, and particularly Paris, was gripped by Japonisme: a passion for Japanese art and artefacts. “Japanese things… conjure a picture of a place where sensations are always new, where art pours out of daily life, where everything exists in a dream of endless beautiful flow” explained the artist and writer Edmund de Waal in his poignant family memoir The Hare with the Amber Eyes (2010). In two of sculptural pieces in the exhibition Ittah Yoda play with this Franco-Japanese legacy. TOYOTA (2016) is a gently rounded glossy off-white sculpture made of polyurethane foam and silicone, its title invoking one of Japan’s most iconic industrial powers, and its presence contrasts with the very-French titled mobile-sculpture MARGUERITE (2016), a Brancusian wing also of polyurethane foam, while also toying with the artists’ own cultural origins.