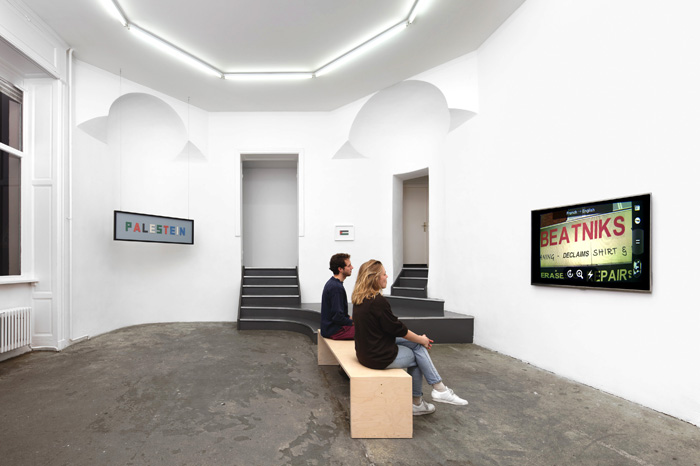 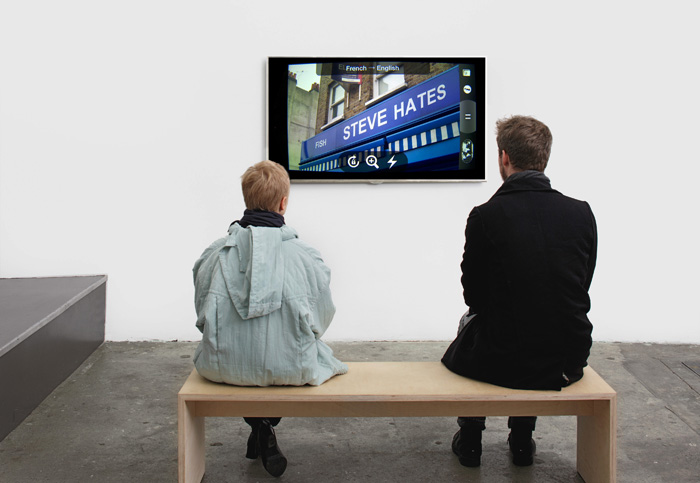 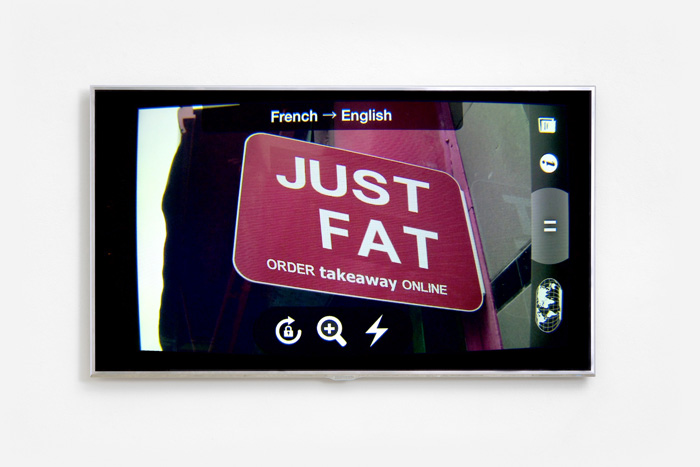 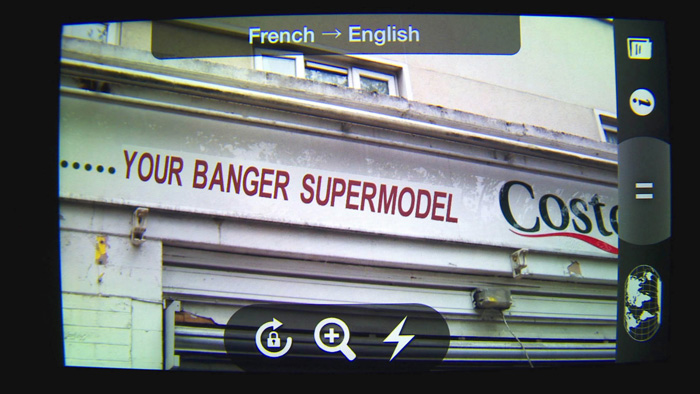 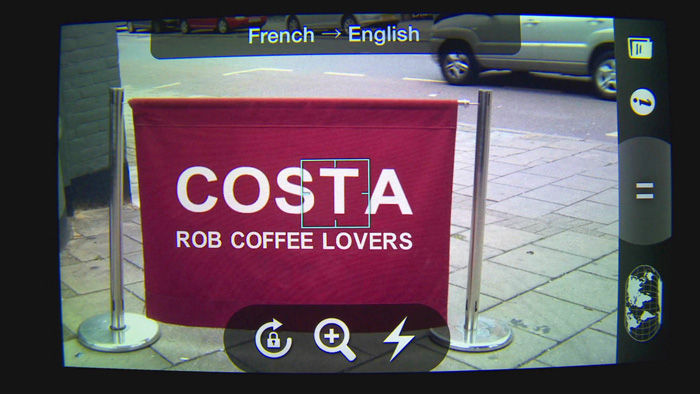 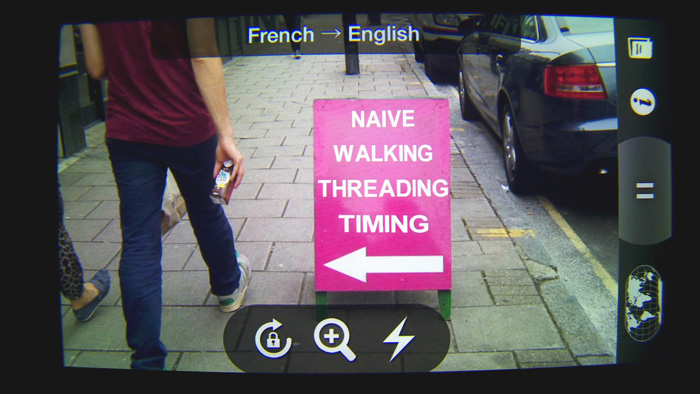 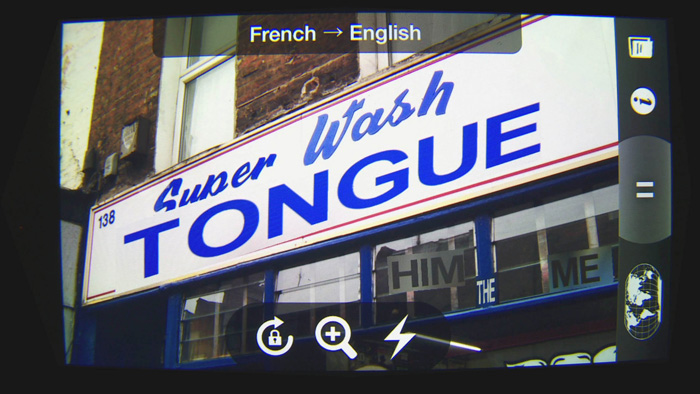 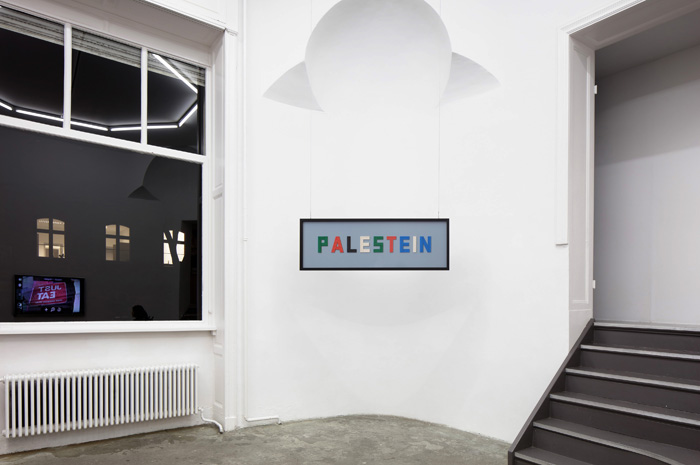 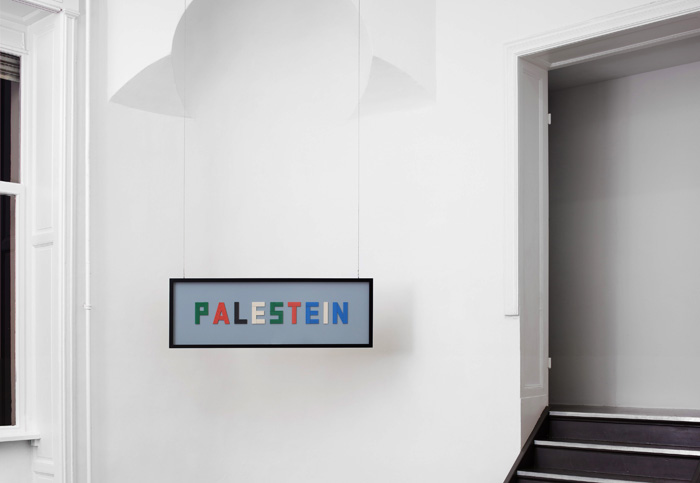 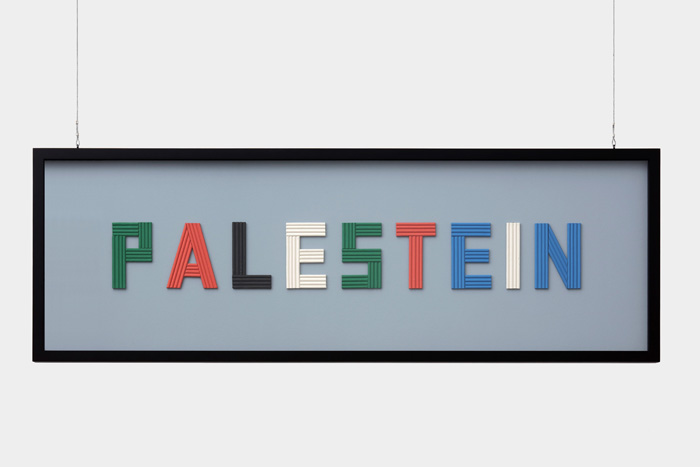 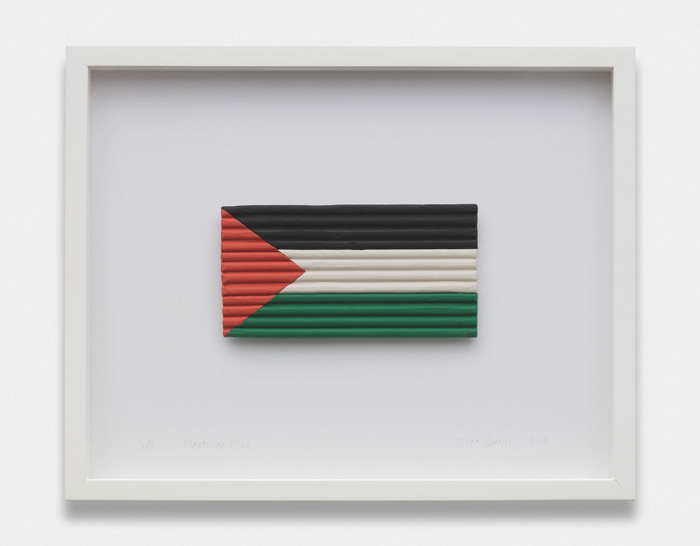 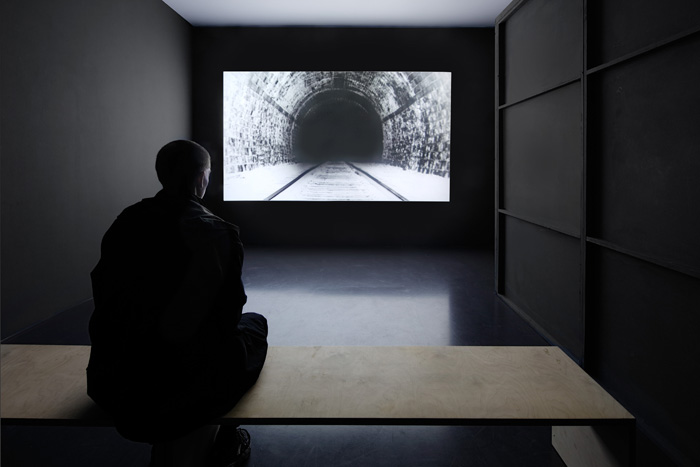 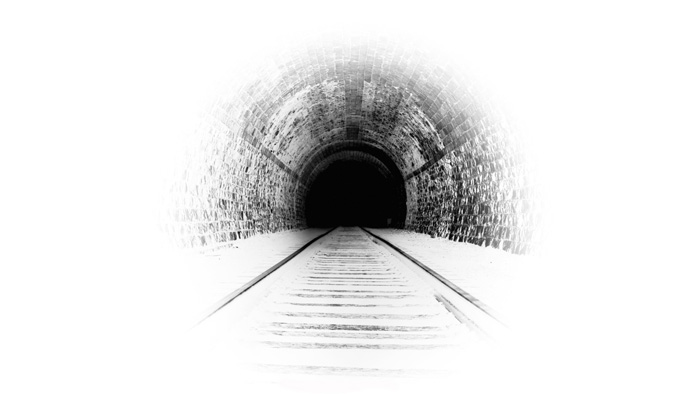 Tanya Leighton is pleased to announce an exhibition of new and recent works by
legendary artist-filmmaker John Smith, his fourth solo exhibition at the gallery. In
SIGN LANGUAGE, Smith presents two videos: White Hole, 2014 and Steve Hates
Fish, 2015.These videos are joined by two framed reliefs titled One State Solution,
2015 and Plasticine Flag, 2015, which are sculpted from the eponymous modeling
material.

The political and conceptual locus of the exhibition, White Hole, is constructed from
one solitary image, pictured alternatingly in both positive and negative. Dependent on
when the viewer enters the screening room, the video will either confound or engage.
Half of the six-minute seamless loop is accompanied by an unintelligible voiceover,
which at the start sounds like an inscrutable foreign language, but after a few
moments of listening reveals itself to be reversed English. This soundtrack
accompanies viewers on an uncharacteristically slow journey to the end of a train
tunnel, eventually giving way to bright, unblemished white. But the train continues
on, a tiny black speck appears on the horizon, and this time we hear the artist
speaking to us.

With characteristic calm, Smith describes his only visit to a communist country –
Poland in 1980. As a young leftist based in Great Britain just after the election of
Margaret Thatcher, Smith recalls being pleasantly surprised by the lack of advertising
signs, finding it amusingly difficult to determine from their window displays what
shops were selling. By contrast, most Poles that Smith met longed for the capitalism
of Western democracy. The artist then takes us 17 years forward to Leipzig, well after
the fall of the Iron Curtain and just after the election of Tony Blair in Great
Britain. The former East German city seemed to be flourishing under capitalism, yet
growing unemployment and income disparity had fostered feelings of disquiet among the
city’s residents, who coined a new aphorism – they felt like they could see ‘a tunnel
at the end of the light’, just like that experienced by many British socialists after
their initial enthusiasm for Blair’s ‘New Labour’.

Smith has long engaged with the concept of misunderstanding – be it ideological,
political, linguistic, or misunderstanding that arises from subjective narration,
filmic devices, and our relationship to the media that shape our view of the world.
Smith’s latest video, Steve Hates Fish is an exploration in manufactured
misunderstanding. By deliberately confusing the popular ‘Word Lens’ translator app for
smartphones, which translates text in real time using the phone’s camera, Smith
recasts the shop signs in his local neighbourhood as a bazaar of dada-ist plays-onwords.
The jumpy, often useless jumble of words onscreen inspires a kind of empathy.

Watching the app search its memory for a corresponding translation is somehow not far
from the futility of trying to make heads or tails of signage in a country where one
does not speak the language.

Alongside Steve Hates Fish are Smith’s two Plasticine reliefs, the most overtly
political pieces in the exhibition. Plasticine Flag is simply that — a Palestinian
flag sculpted from unaltered lengths of coloured Plasticine. One State Solution uses
the colours of both the Palestinian and Israeli flags to spell ‘PALESTEIN’ in block
capital letters. For an artist who has long engaged with politics – those both as
local as neighbourhood house demolitions and as global as international border
disputes – Smith’s directness presents a stark political imperative: act now and
direct the course of the future away from the tunnel at the end of the light.