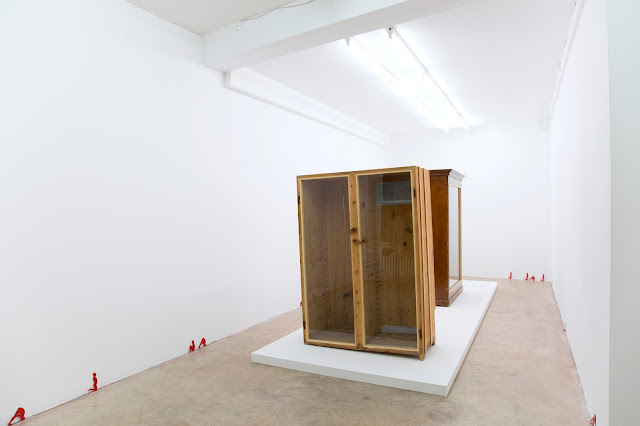 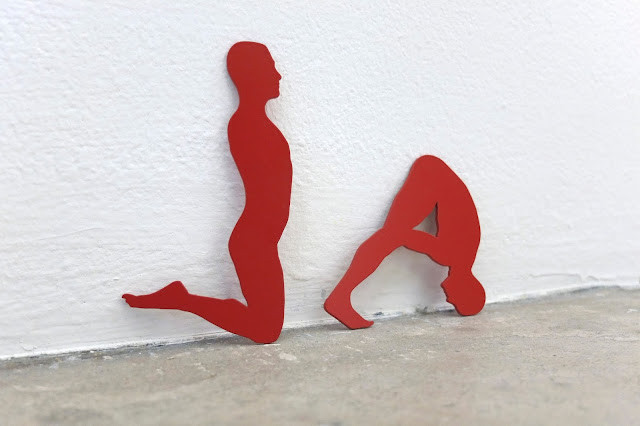 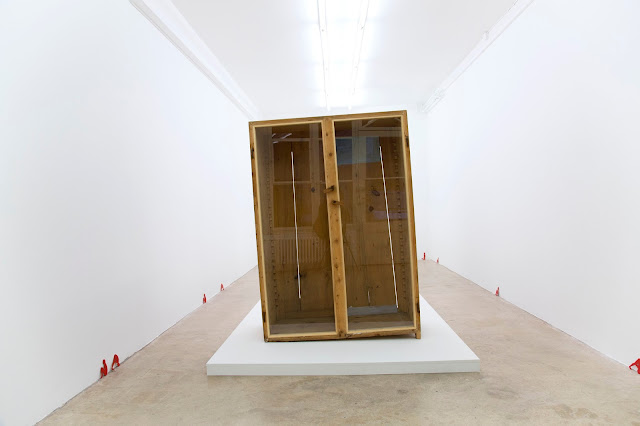 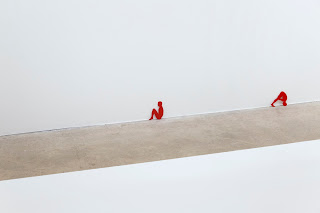 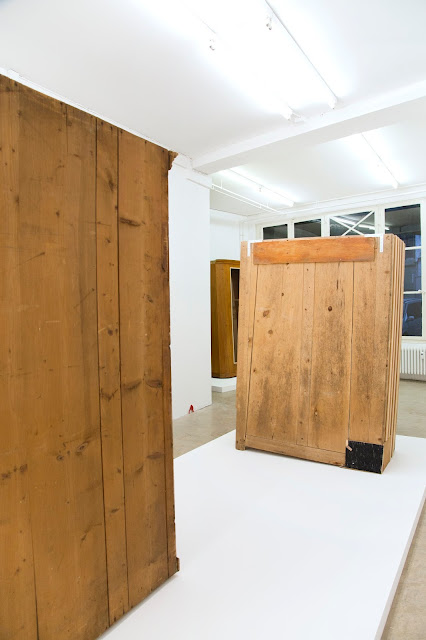 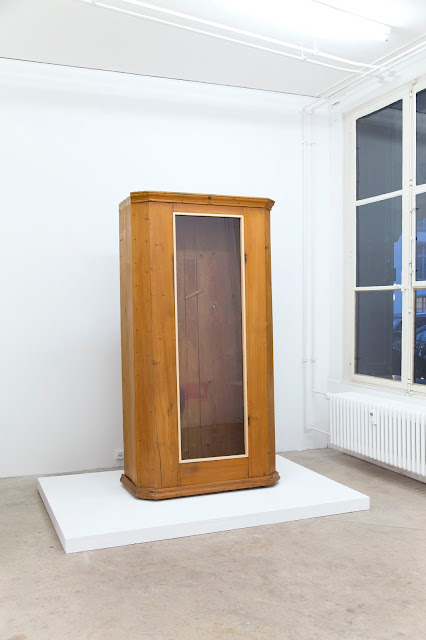 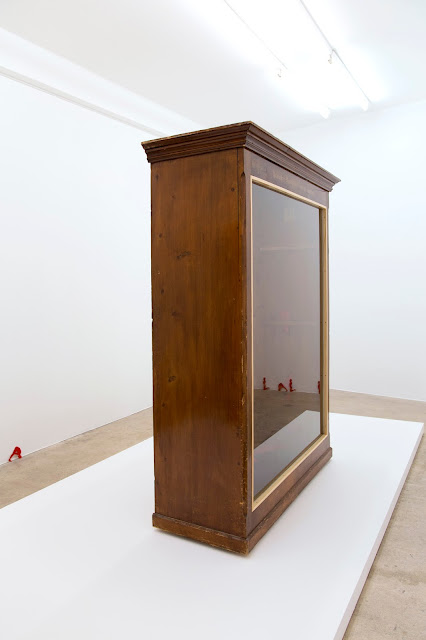 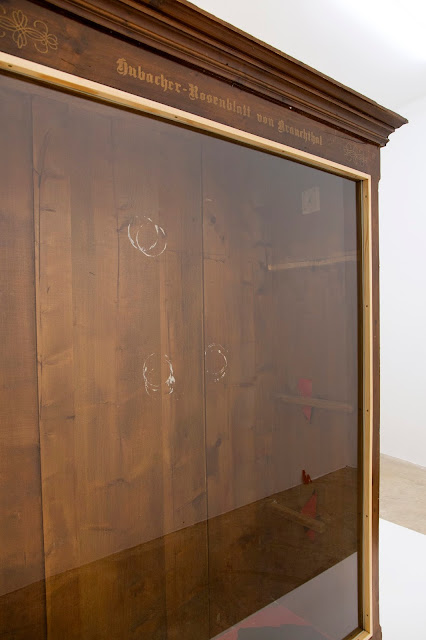 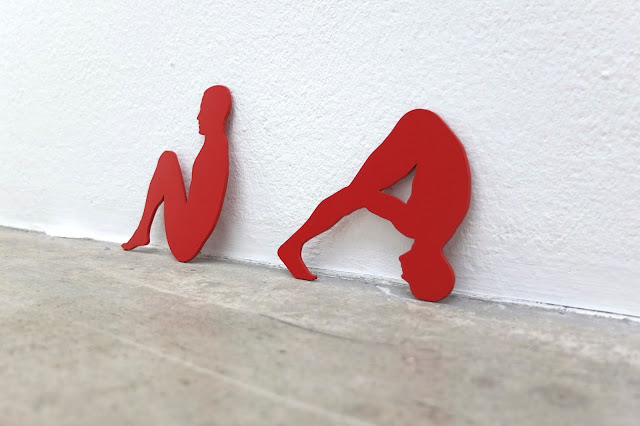 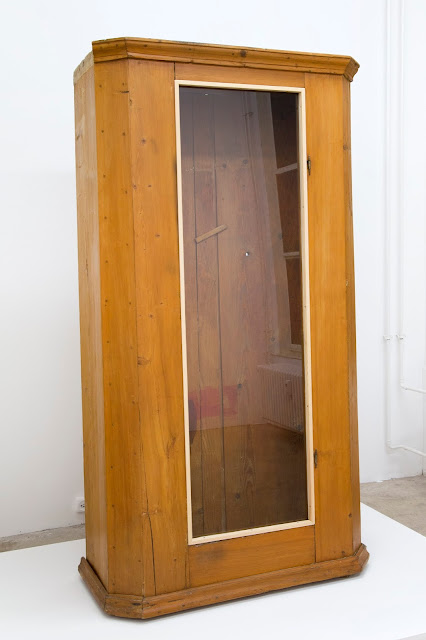 Images courtesy the artist and Milieu

Often it’s the details which make a story worth telling. Among them are exactly those
trivialities which one only recognizes after a while, but which then stay with you. Let’s
assume there’s a certain story, one which is based on observing minutiae and details.
It all plays out more or less in the present day, and more or less in our vicinity, at
least geographically speaking. A certain small village is located not far from a larger
city. The inhabitants of this village would probably not even call it that, more like just a
collection of houses. The inhabitants rarely agree on anything; most of them of them
are quite old, just a few of them are middle age, and every last one of them is crabby.
Their disagreement surfaces particularly whenever they’re asked to answer a
question about their hometown. On the other hand, everyone seems to agree on the
answer to the question of where one can get something to drink in this village, or
rather this collection of houses. As quick as lightening and without a moment’s
thought the answer will come: head down to Reineke. Where else, after all? And so it
happened that one day a young man arrived in this small village and wished to drink
something and thus ended up at Reineke. The young man opened the old wooden
door, walked into the rather dark cubbyhole and sat down at a counter which seemed
to be a good hundred years old. He noticed how all of the customers — or, more
precisely, the inhabitants, since they seemed to be there every day — seemed to size
him up. He showed no reaction. He waited a bit, then an old man who was at least as
old as the wooden counter came and stood in front of him. “Yes?” came the question,
and “a beer” was the answer. That was about the entire dialogue for the next few
hours. Thus the young man sat at the bar and looked around — inconspicuously, of
course. He drank his beer and ordered another one. No more chitchat was needed,
just a finger pointing at the empty glass and a nod of the head. That got the point
across. There really wasn’t much to look at in this dreary, joyless pub. But then he
noticed with growing fascination some small carvings in the old wood counter. Some
of them seemed to have been carefully carved out, others roughly scraped, with
fingernails that must have been long and solid enough to get through the wood. He
saw some pretty strange figures, read names, discovered images. Everything was
quite simplistic and crude and besides had nothing to do with the texts and tags
which he knew from clubs and bars in the city. This here was crude, but meaningful.

It seemed as if this counter told the story of the pub, the personal story of the family
who had opened Reineke. Everything was arranged around the middle of the
counter, where one could make out initials — probably those of the owners. The bar
must have been there for almost one hundred years. Around these letters and years
there were small picture stories. He saw a dancing couple in traditional dress next to
a house quite similar to the very place where he had spent the last two hours. Nearby
was a small carving of a child playing with two dogs. The closer he looked, the more
he discovered. The parents grew older. The child — a boy — got bigger. He went
away on trips, saw the world, sailed the seas, climbed mountains, and then came
back to the house he had been born in. The parents died, the son got married and
then was suddenly alone. Everything seemed to be in movement, the narrative told
itself. And yet at one point it stopped, it ceased to continue. All these small carvings
which managed to say so much without any text reminded him of fables and fairy
tales, and thus he began to wonder if the young man (who must now be much older)
was still alive.

He finished his beer and was about to order a new one when he noticed that the
barkeeper was standing in front of him and watching him. It seemed he hadn’t
noticed the man watching for quite a while, lost in the story as he had been. The old
man whose face bore the mark of many years served him another beer, looked him
deep in the eyes and murmured, “Those are just pictures on an old counter. That’s all
past, nothing but old history. This one’s on the house.”