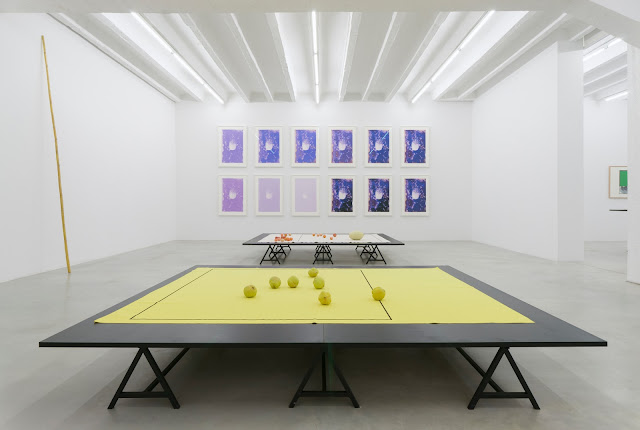 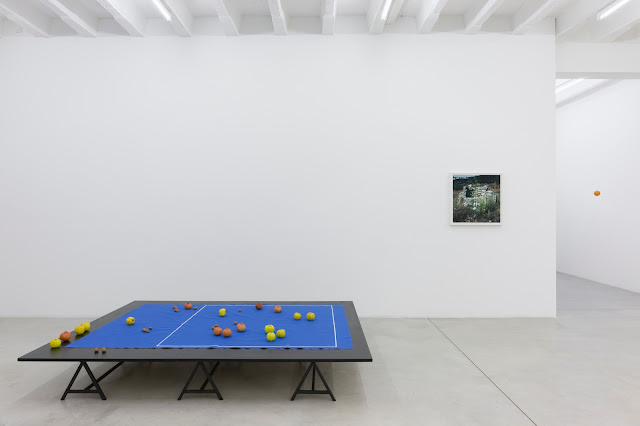 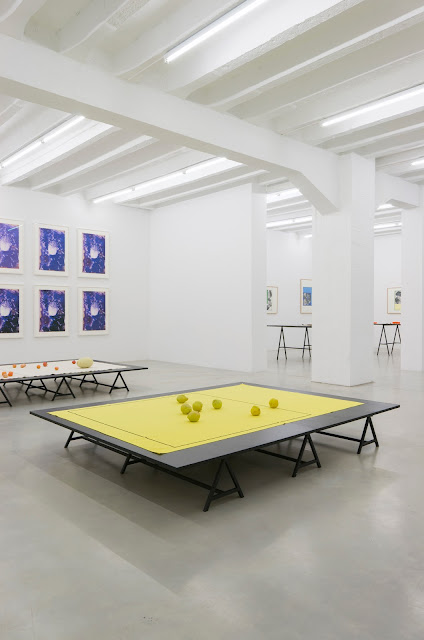 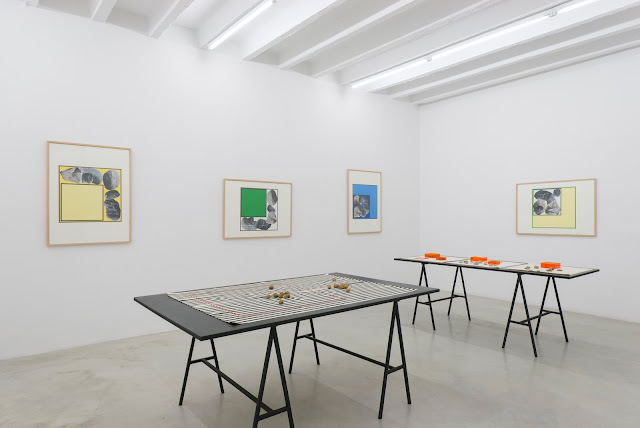 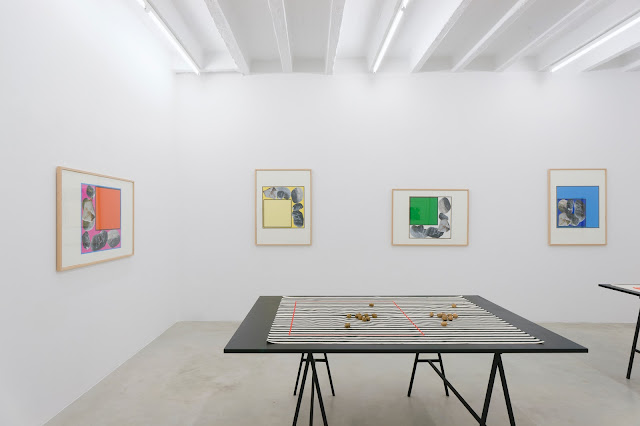 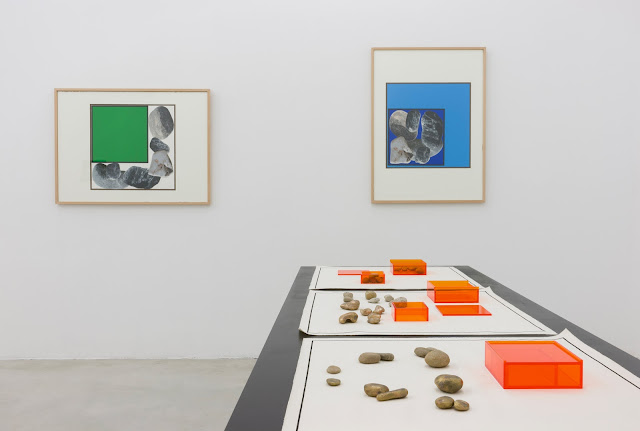 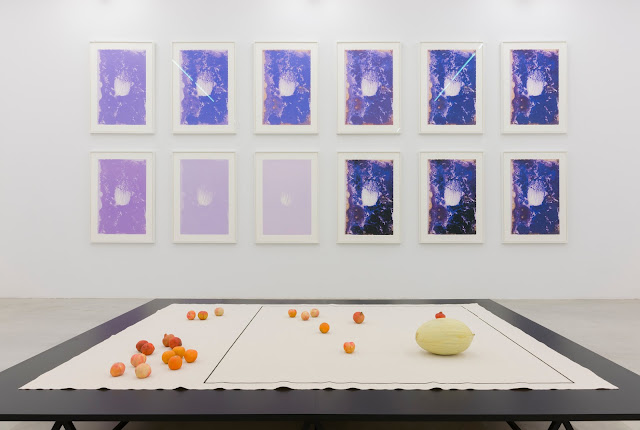 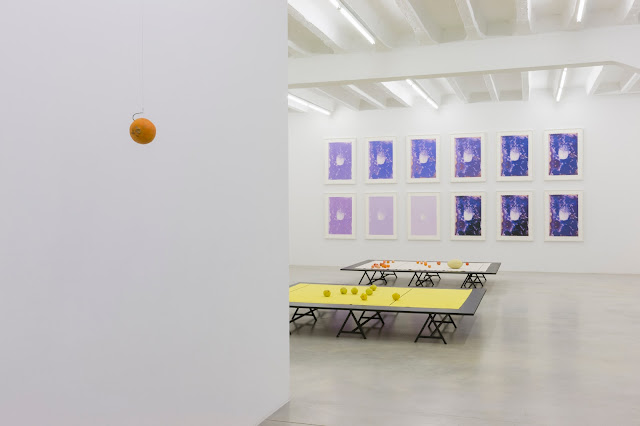 Francisco Tropa’s works question the origins of art, the links between the very idea of “art” and the other founding ideas of Western culture, such as mimesis (“imitation”) and play. For over twenty centuries, art has predominantly been created and conceived in the West as an imitation of nature – both natura naturata (“visible nature”) and natura naturans (“invisible nature” or the set of rules governing everything not made by man). With regards to the play aspect, modern aesthetics were founded on Kant’s statement, according to which the aesthetic experience is a “free play” of our faculties. This statement was echoed by Schiller, who maintained that the origins of art are to be found in the fulfilment of man’s “play-drive”.
In his new series of works, Noche Triste, Tropa engages with both these traditions of aesthetic thought – but not without a paradoxical twist. Each of the four works in the series consists of a MDF platform on which a piece of fabric is positioned. The fabric is screen-printed with a very simple motif: a square within a rectangle. Several realistic replicas of various fruits – an apple, an orange, a pomegranate etc. – made out of oil-painted bronze are scattered on top of the fabric. The bits of fabric resemble game boards; the pieces of fruit, then, become the game pieces. But what are the rules of this game? Perhaps it is up to the spectator to invent them. Whatever the chosen interpretation, the total sum of the moves will result in the same way: an elegant sculptural still life.
The foundations of Noche Triste, mimesis and play, are made even more explicit in two other series of works on display, both entitled Panta Rhei (referring to Heraclitus’ famous statement “everything flows”). The first series consists of three actual games, each made out of a set of stones and their respective bronze casts, which the spectator must arrange on a screen-printed piece of fabric following a simple set of rules. The second series consists of some screen-prints with geometric motifs, on which a set of cardboard shapes depicting images of stones, can be arranged at will.
The exhibition includes three more works: Puits (translated from French as “wells”) consists of a series of screen-prints in which a single image – a crack in a rock – is broken up into the twelve colours that are needed to form the image. Cana (“cane”) is a 1:1 bronze replica of the mundane object named in the work’s title. Noche Triste is a photograph taken at sunset, depicting a ruined well.
The title of the exhibition (translated from Spanish as “sad night”) refers to a historical event, which occurred in the 16th century during the Spanish conquest of Mexico. “Noche triste” is the name given to the night of the 1st July 1520 when Hernán Cortés’ expedition was almost defeated by the Aztecs. The artist offers no explanation for the relationship between the title and the exhibition itself. It can be assumed, however, that rather than referring to a specific historical event, the title is meant to evoke a certain atmosphere, a feeling of melancholy and loss, which can also be found at the heart of the Portuguese expression “natureza-morta” – “still life”, literally translated as “dead nature”.
Text by Simone Menegoi