A LINE IS WRITTEN ON EVERY CORNER 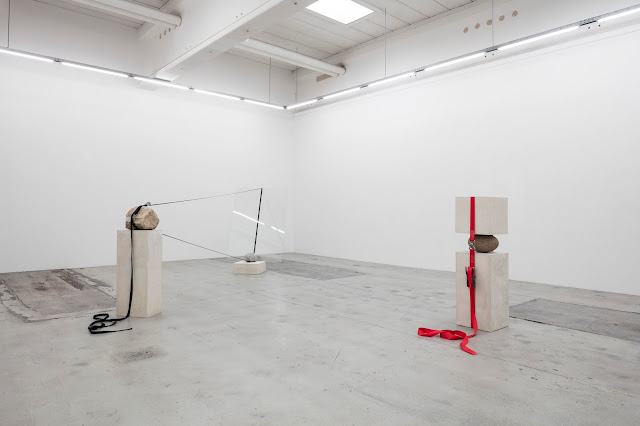 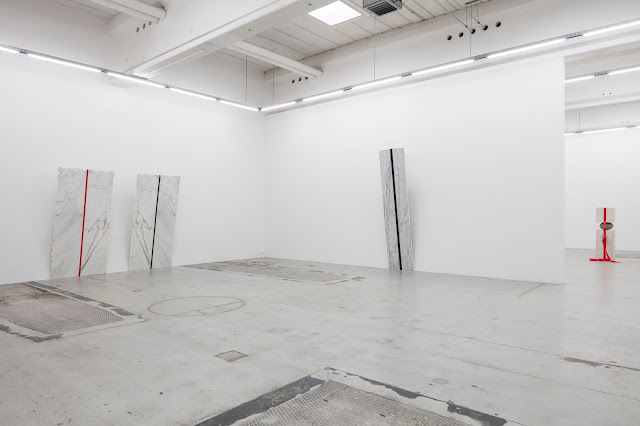 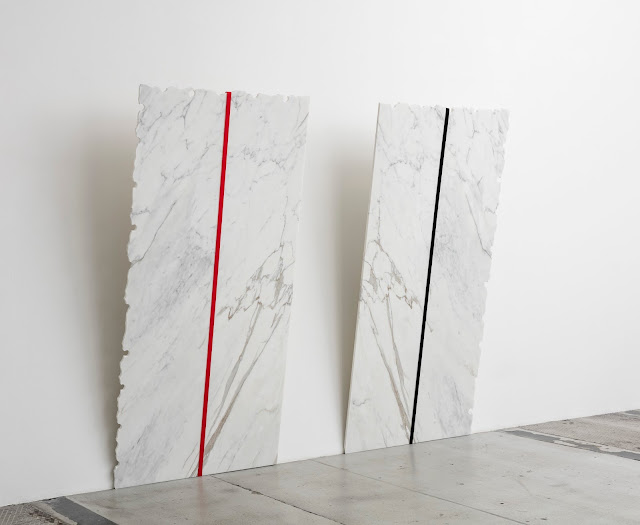 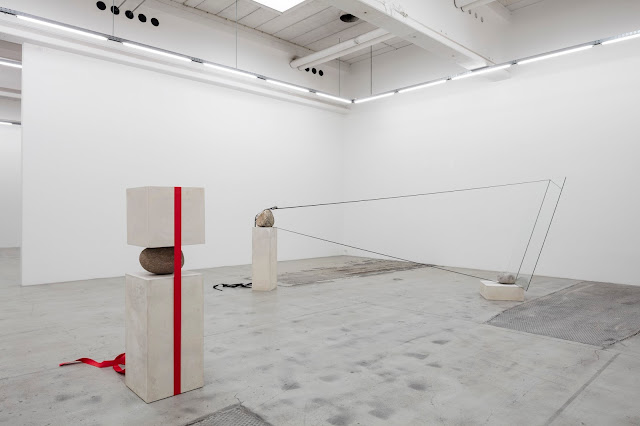 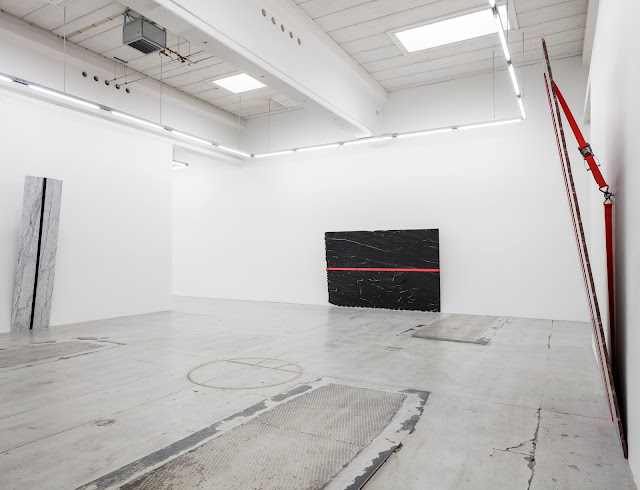 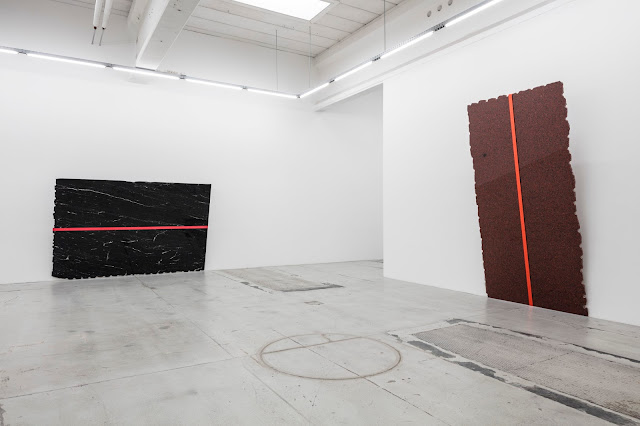 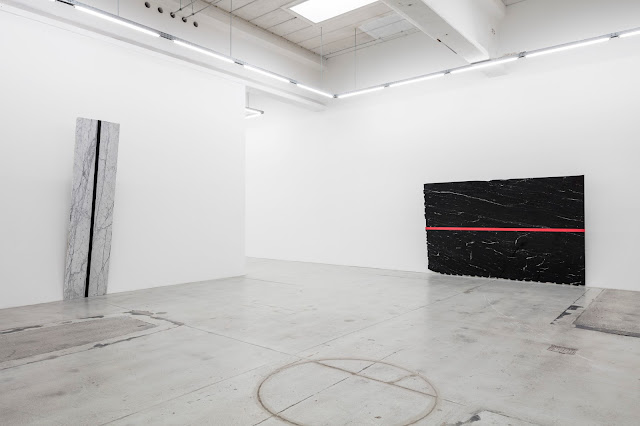 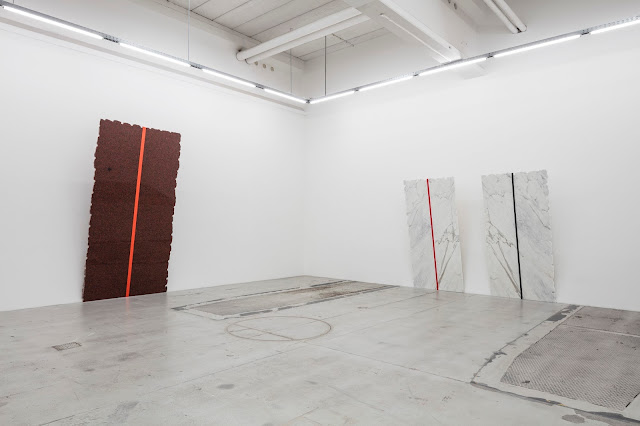 Jose Dávila is known for his use of raw materials placed in elegant ways. Fueled by an interest in architecture, minimalism and the history of art, Dávila presents a series of sculptures that deal with the notion of the struggle against gravity, focusing on the nature and principles of equilibrium. With free-fall kept in tension, Dávila highlights a functionalist approach to physics through which he explores how structural qualities can be used as artistic compositions.

The exhibition plays out over the space of two rooms. In the first, five imposing slabs of marble balance precariously in the join between the wall and the floor. Leaning in to the room, each is suspended from the wall by a singular ratchet strap that runs across the marble, which becomes a line extending along the surface capable of balancing the sustained weight. This illusion of danger gives the work a sense of perpetual movement, almost as if the spectator is frozen in a moment of time, as the gravitational field works with the weight of the marble, finding an opposing force. With work on all sides of the room, this placement creates an atmosphere of palpable tension that can be felt throughout the space.


In contrast, the tension felt in the second room is more self-contained. Two sculptures stand by themselves. Continuing this exploration of balance and precarious placement, one sculptures sees a stone balanced between two rectangular cement columns held together with ratchet straps while with the other, stones are placed in tandem to hold a free-floating piece of glass in place, anchored together with ratchet straps to form a triangular shape, almost as if Dávila were drawing lines free-floating in space.


Alluding to these juxtapositions, the title of the exhibition, A line is written on every corner, is an idea that oscillates in between the descriptive and the metaphorical, the concrete and the abstract, the factual and the poetic. Never taking a side, both the title and the exhibition explore this middle ground in which they have the possibility of being both at once. It is in this middle ground, where Dávila plays with perception in the midst of an endless negotiation with gravity within the space.


The strips of colour that run across the marble, cement, stone and glass serve not only as a reminder of the fragility and the precariousness of the work’s placement, but also the delicacy in which the work is constructed conceptually and aesthetically, evoking ideas of classic minimalist and colour field painting. Appearing as drawn gestures of the stability of the structure, the strips can be perceived as strokes, recalling Barnett Newman’s paintings and Kandinsky’s description of the line as an invisible entity.


Understanding the line as a point in movement on a plane, the result is a composition in tension, whose aesthetic and mechanical implications suggest a lyrical harmony. The colour strips are not what divides the marble into two sides, but rather what brings each of the sides together. Running across each of the works, it is also these color strips that—in a way—bring together the works of the exhibition.