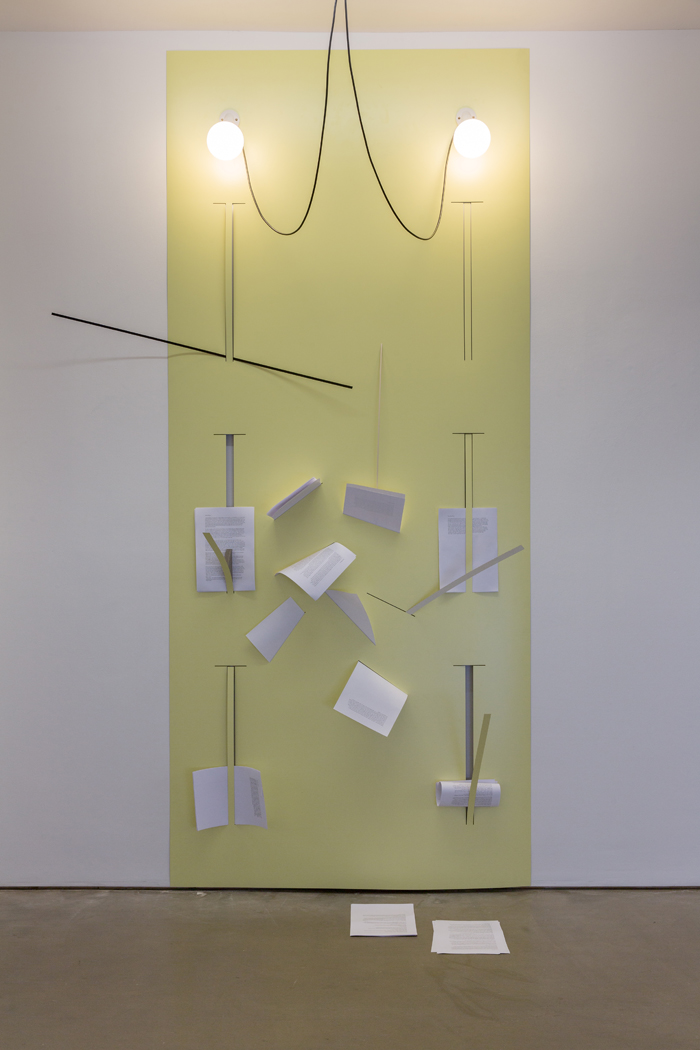 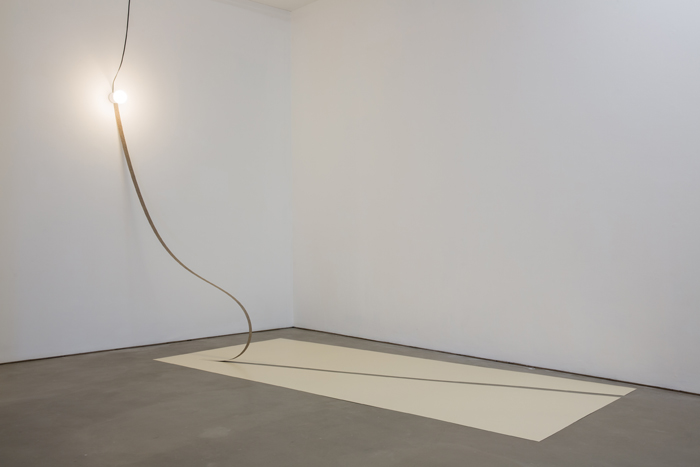 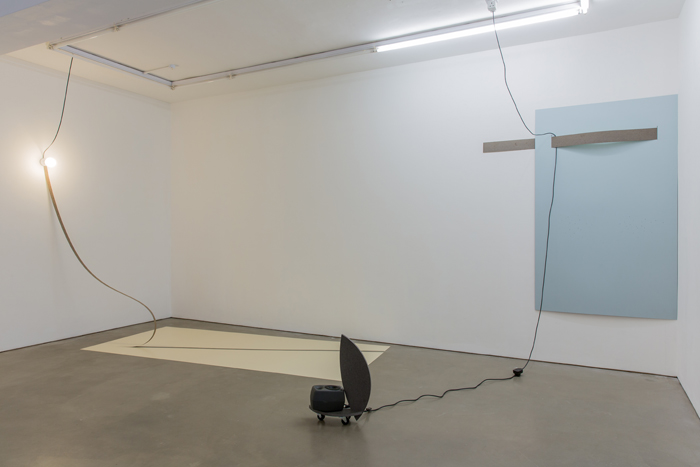 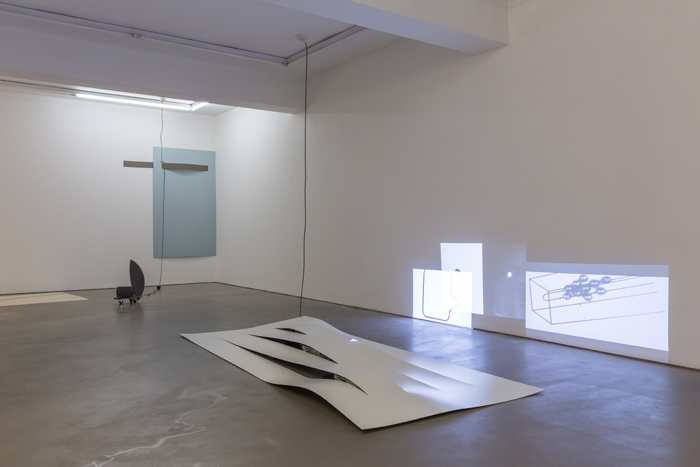 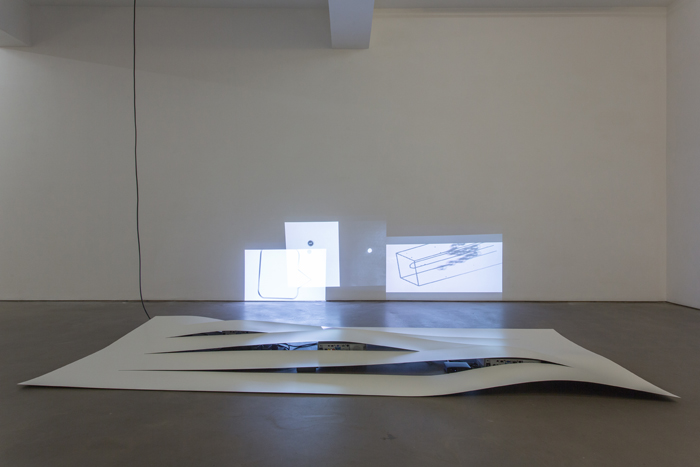 images: Courtesy of the artist and MOT International London and Brussels


Beatriz Olabarrieta constructs sculptural installations that combine objects made of lo-fi building materials with short looped video sequences. Her exhibitions are sites for examining and generating performance and writing; each configuration is a stage for open-ended scenarios to unfold.

Cosmic Clap simultaneously builds up and deconstructs Olabarrieta’s visual vocabulary. With a focus on the formal building blocks of text (lines and curves) the artist’s constants are the oval and the semicircle, the straight and diagonal line. These malleable elements are translated into representations of communication—the dot and dash of Morse code, hieroglyphic characters, astronomical charts, musical scores and mathematical graphs.

With these highly structured visual illustrations the artist emphasises verticality and draws parallels between the formation of language and the evolution towards upright movement.

With the exhibition, Olabarrieta creates a space of suspension at the apex between walking and collapsing, speaking and stammering. Using the metaphor of the clap she explores states of coming together; counteracting this finality, the slap articulates the action of dismantling. The artist’s recent projects have opened up to contributions from performers, writers and musicians. For Cosmic Clapthe audio has been produced in collaboration with singer Harriet Pittard (Zoee) and the writing with curator Gareth Bell-Jones.