Time flies like an arrow, fruit flies like a banana at Cultural Foundation of Tinos / Tinos island, Cyclades 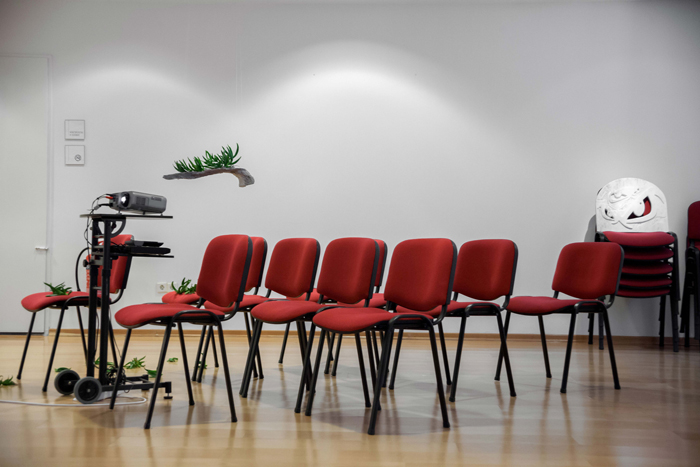 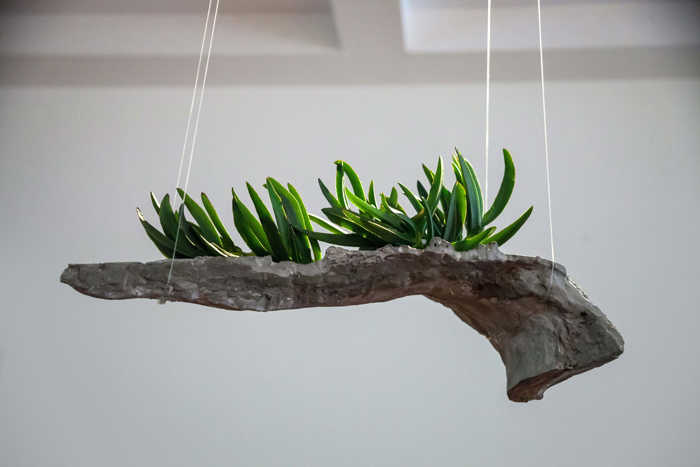 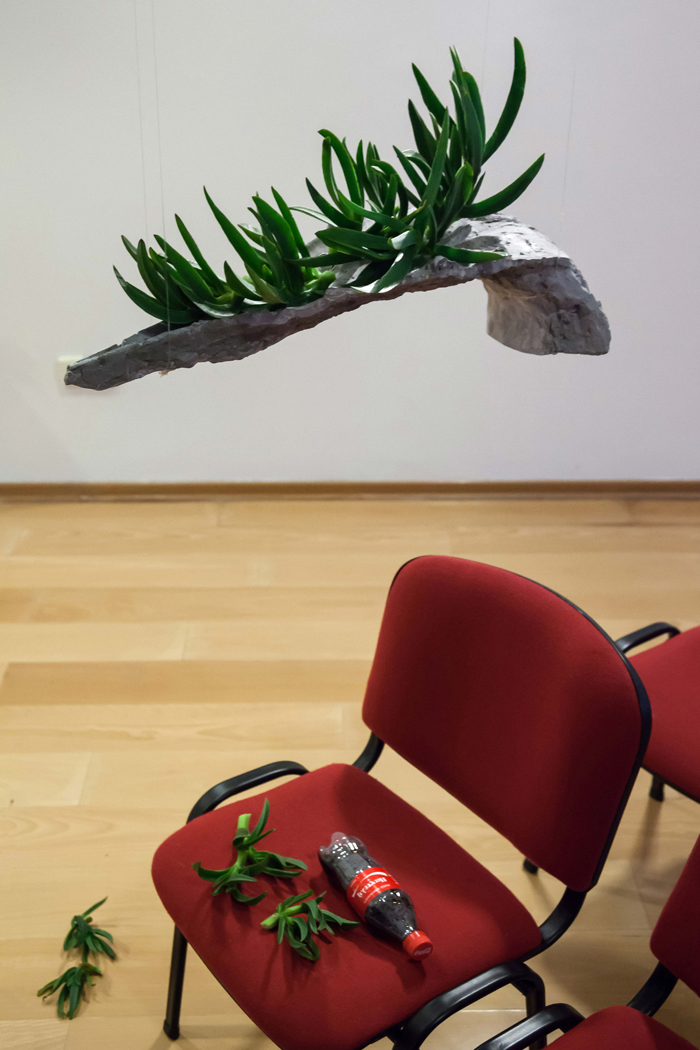 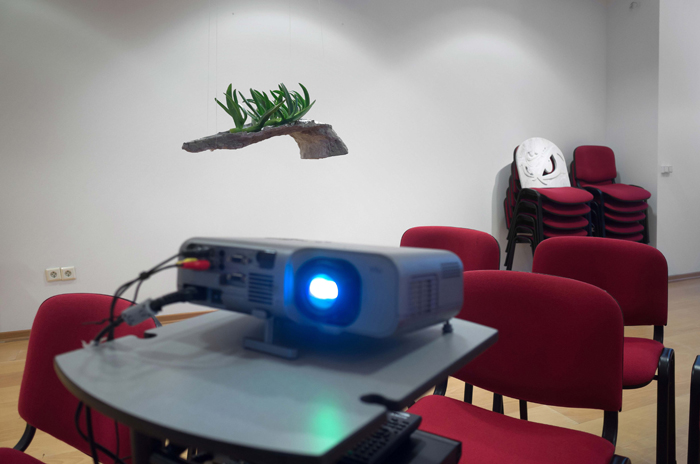 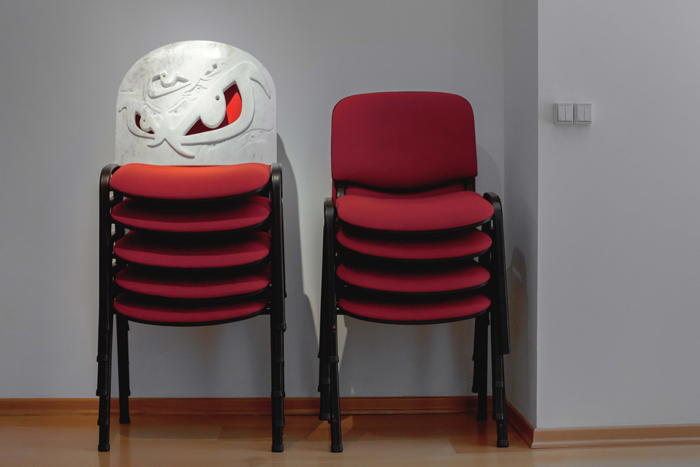 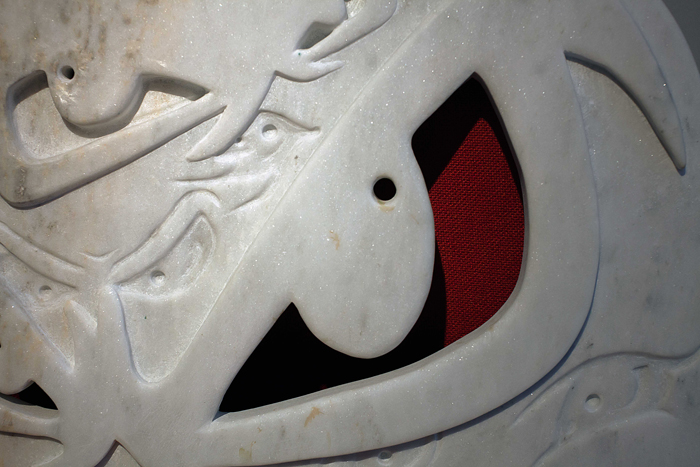 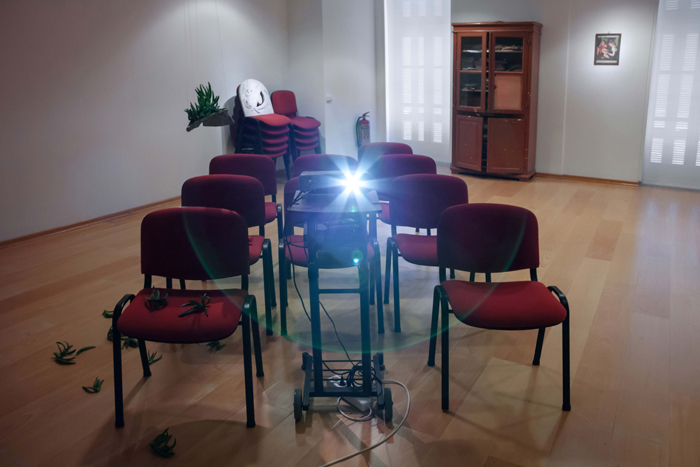 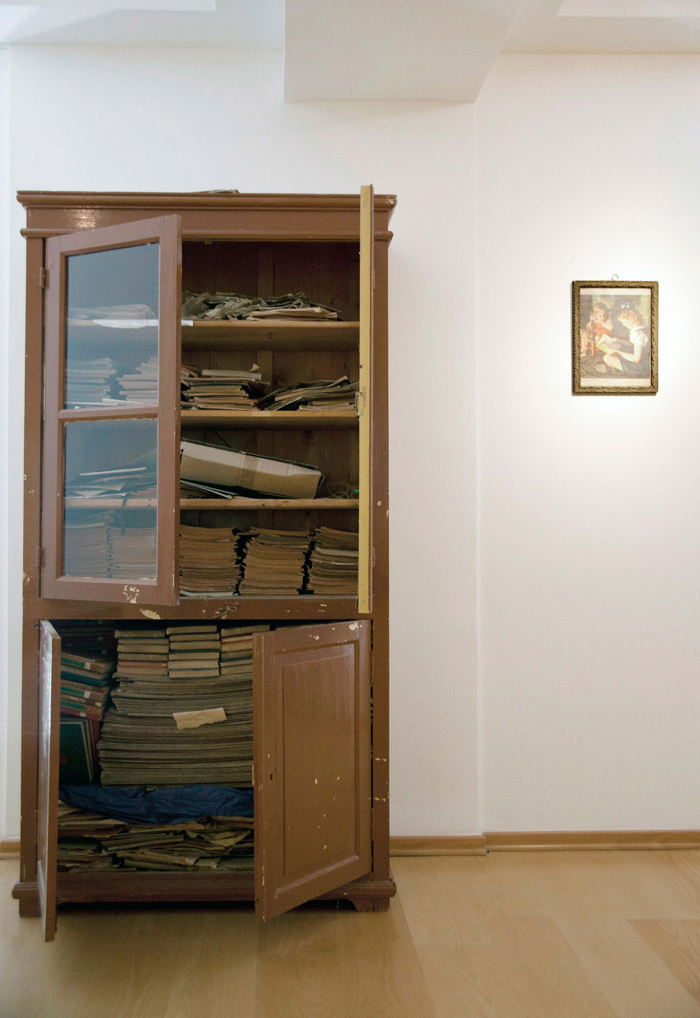 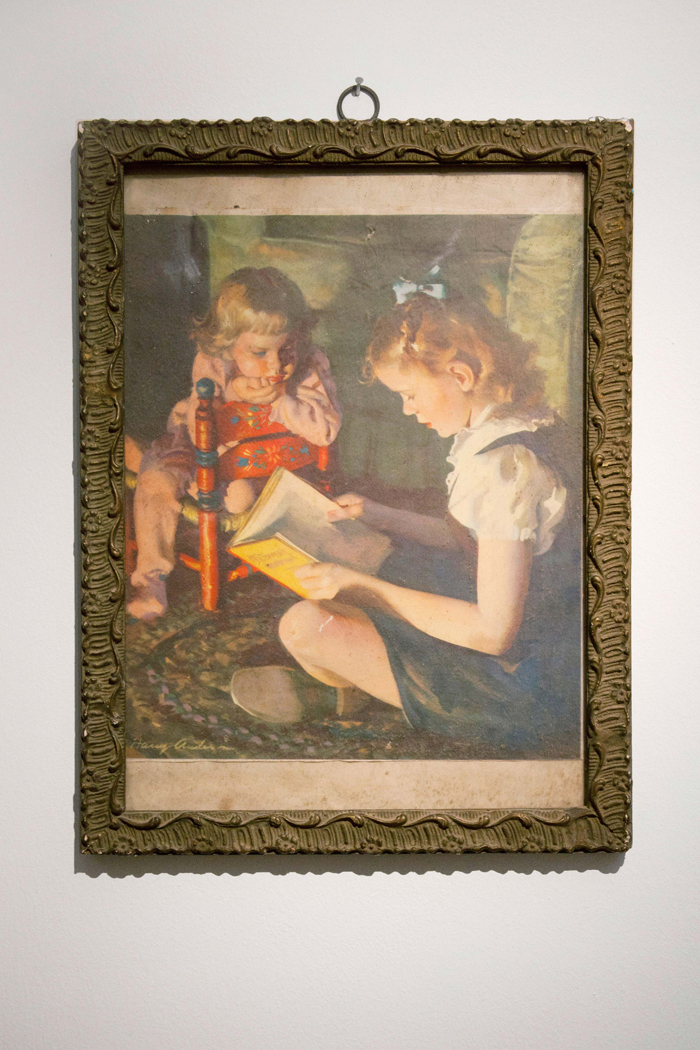 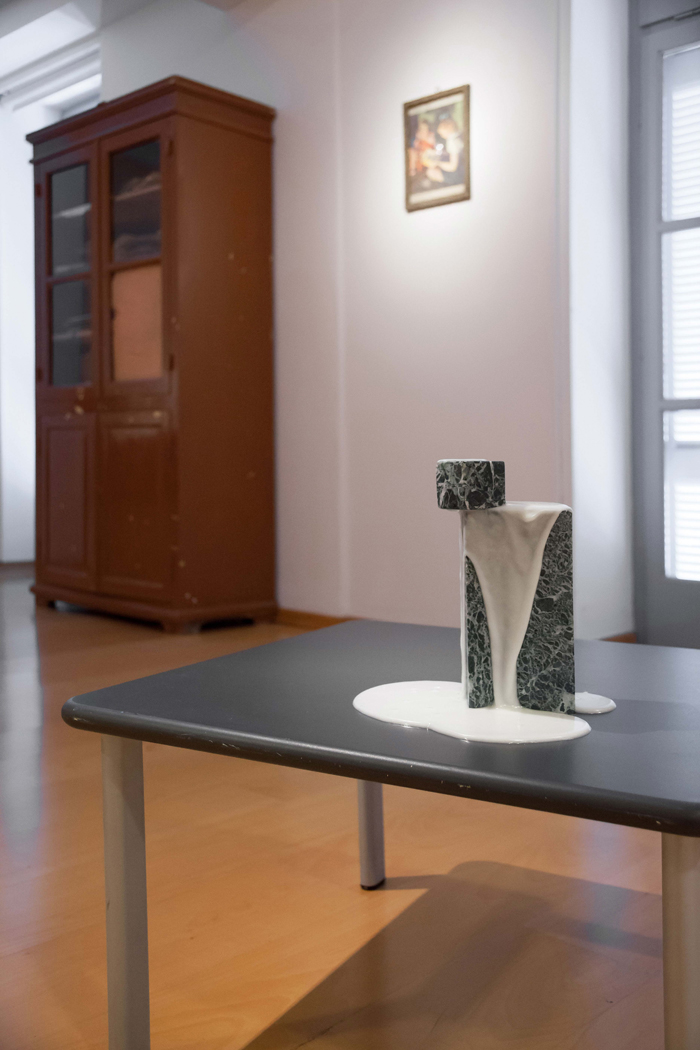 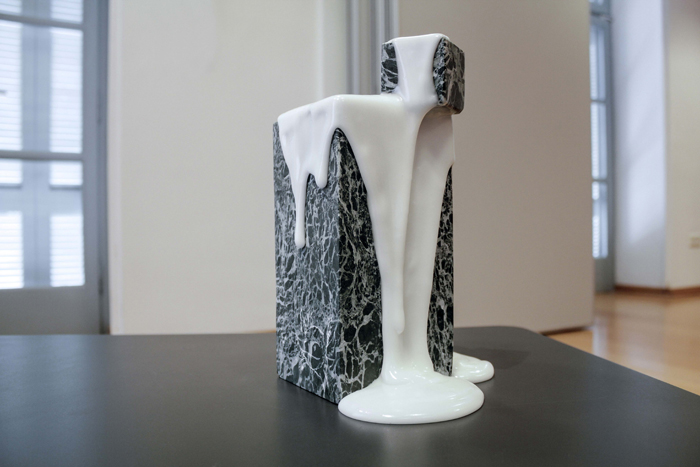 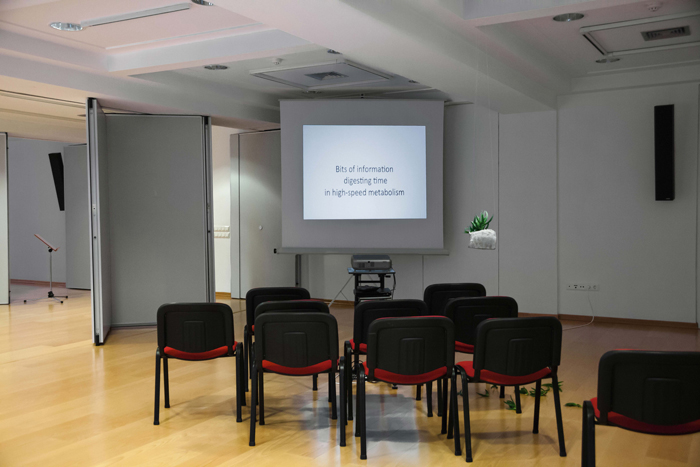 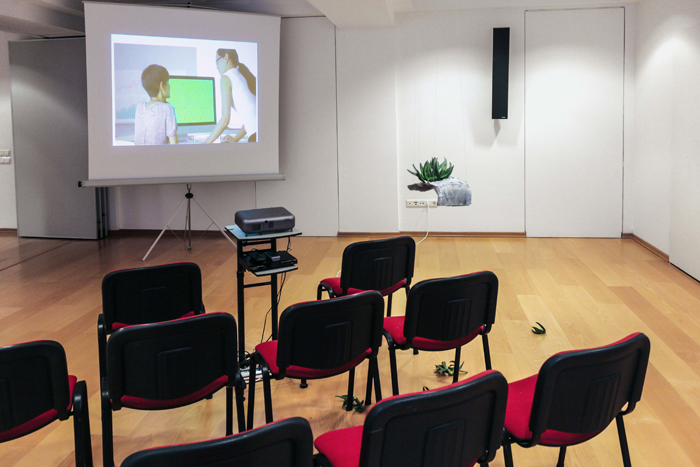 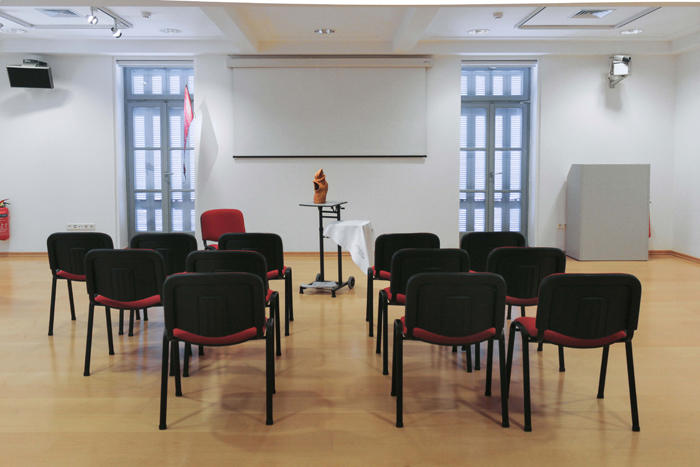 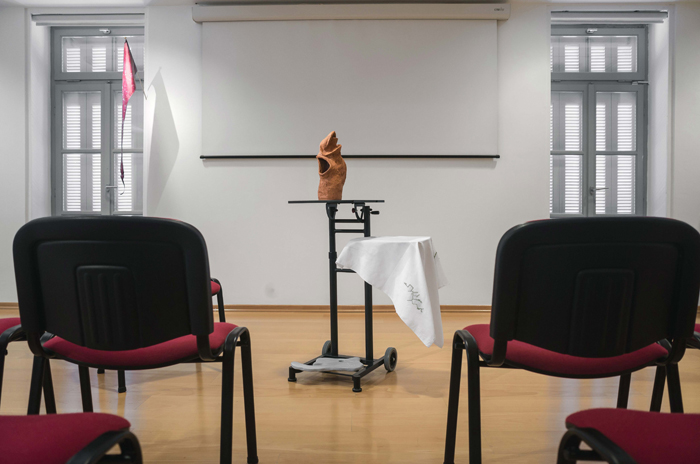 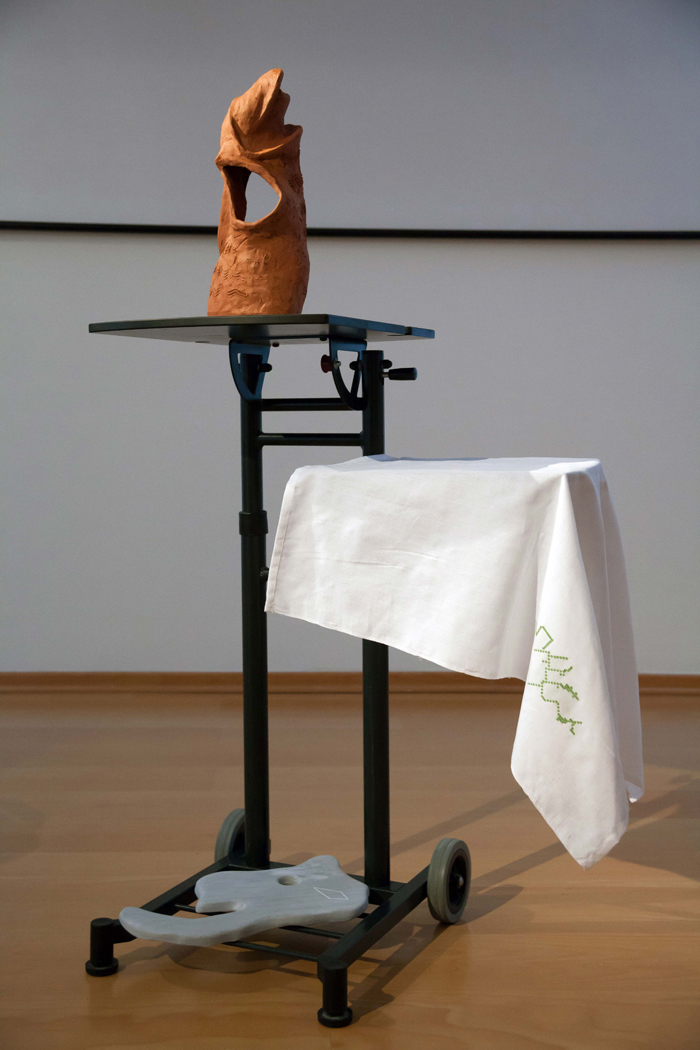 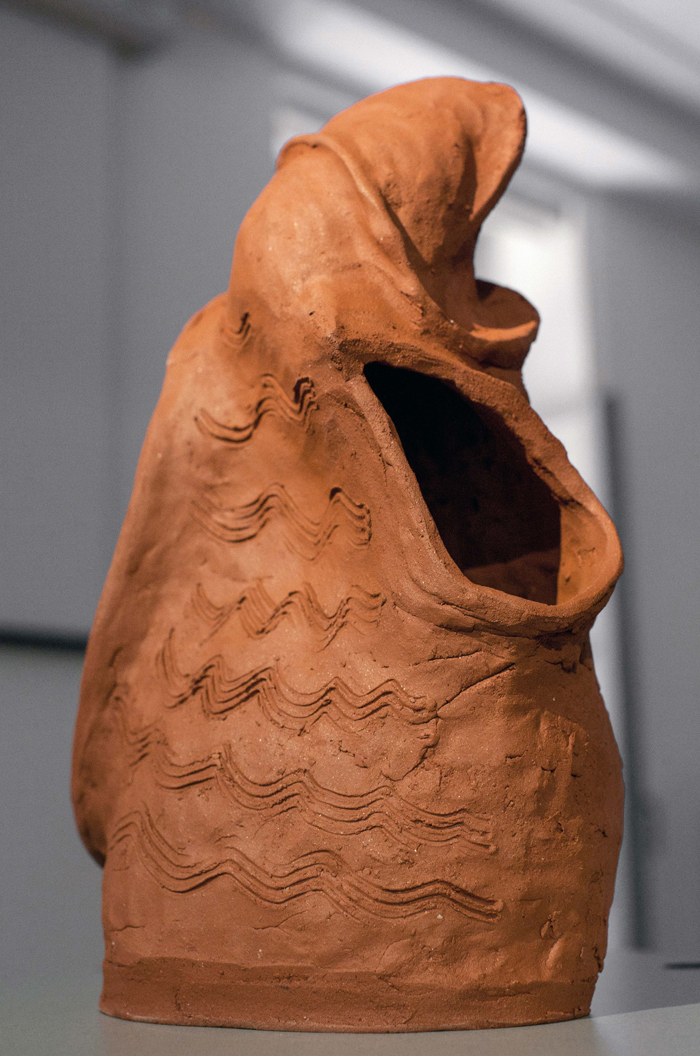 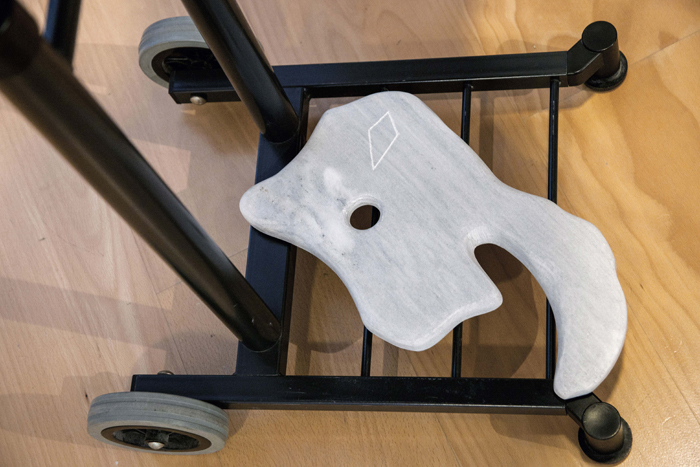 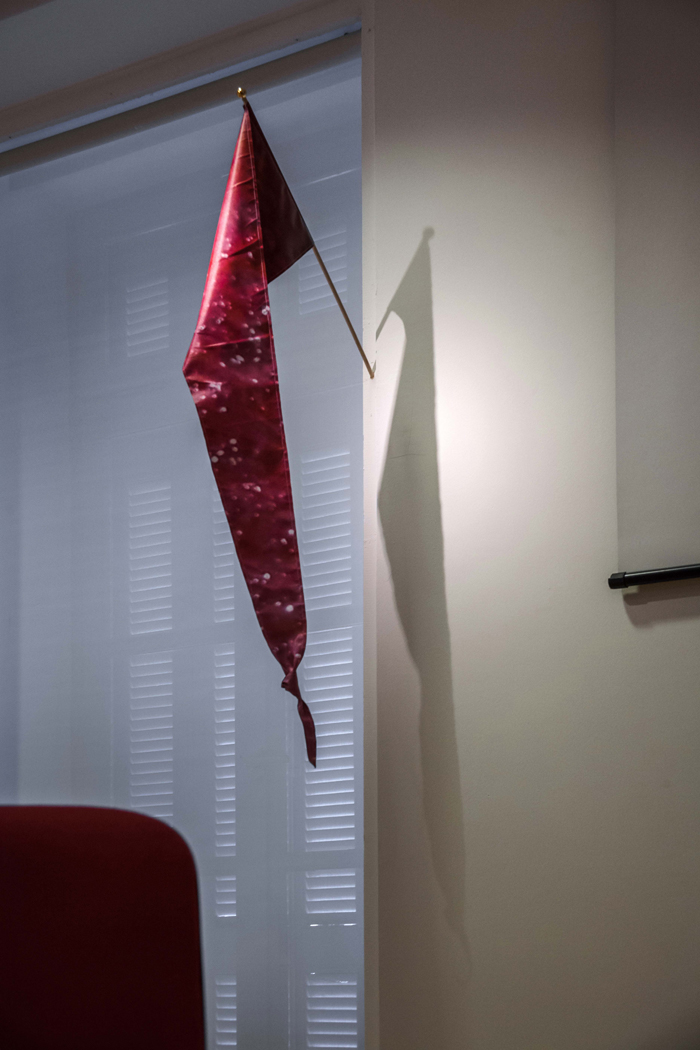 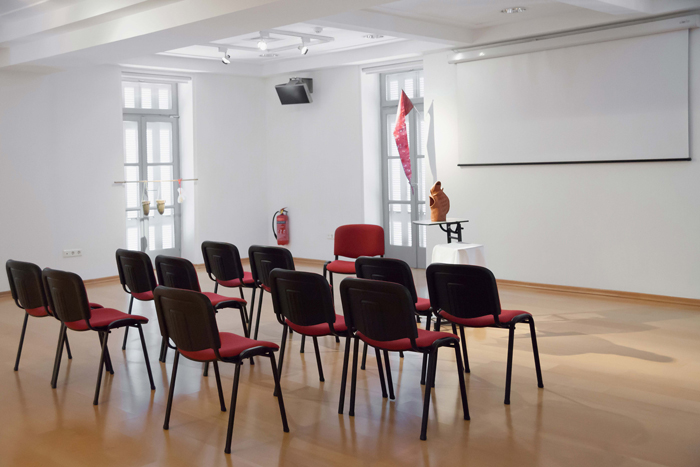 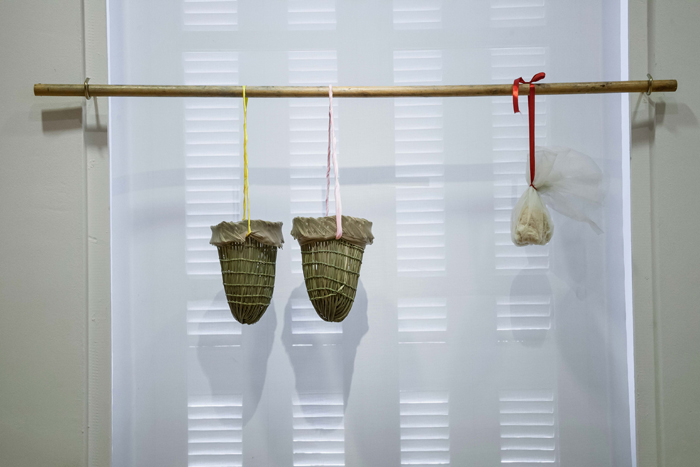 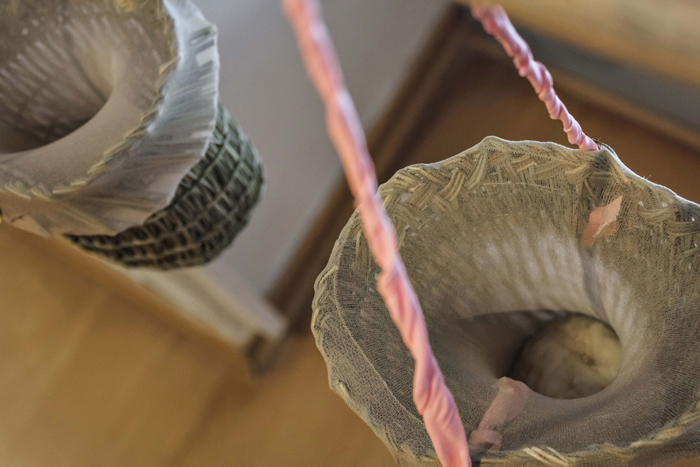 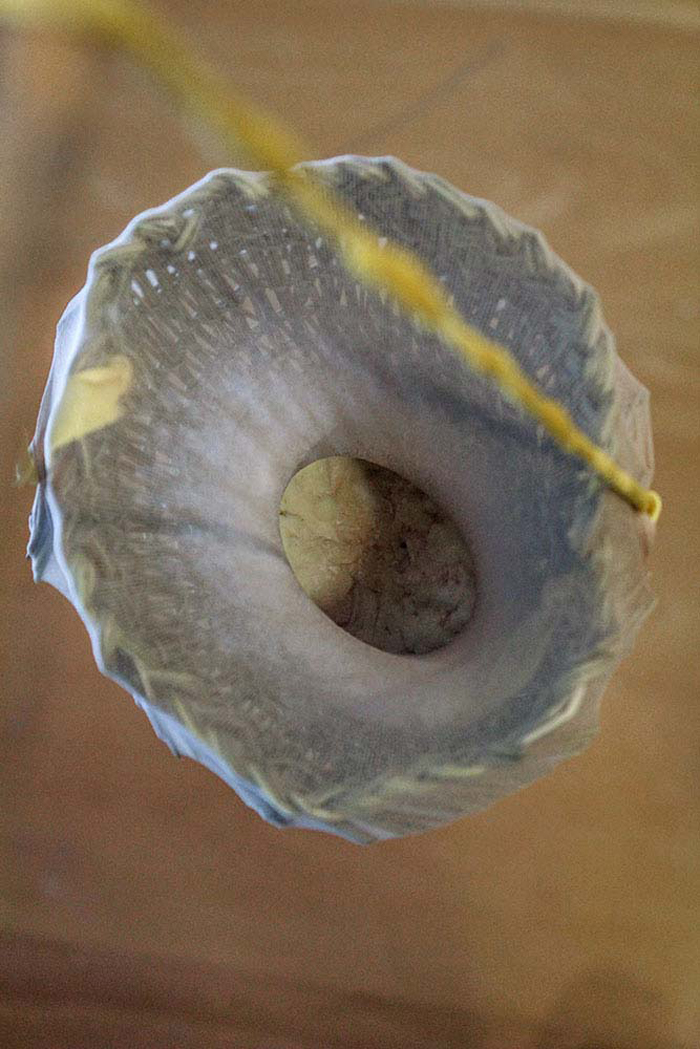 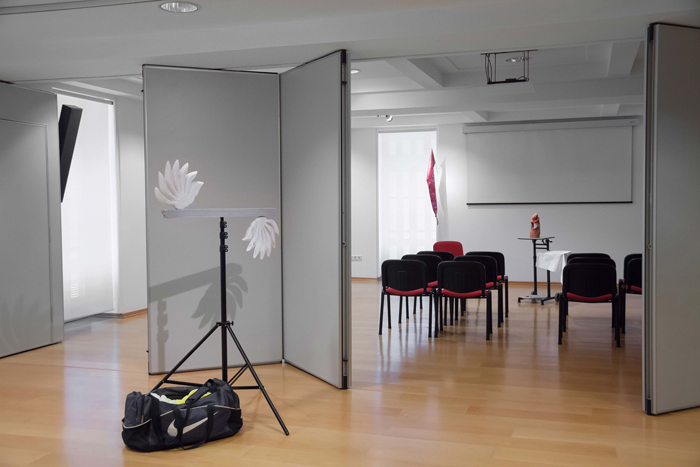 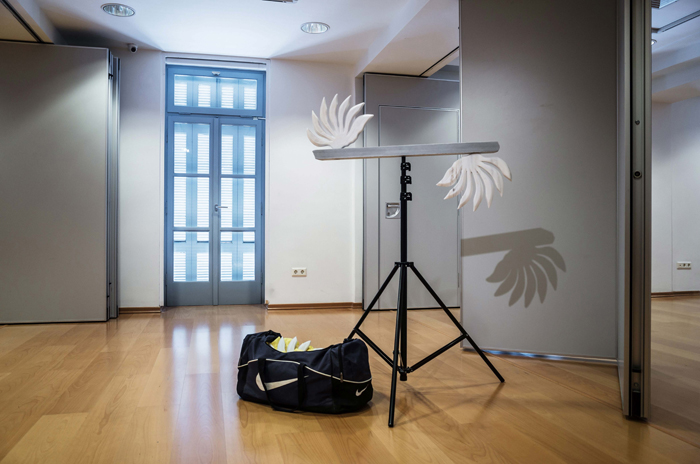 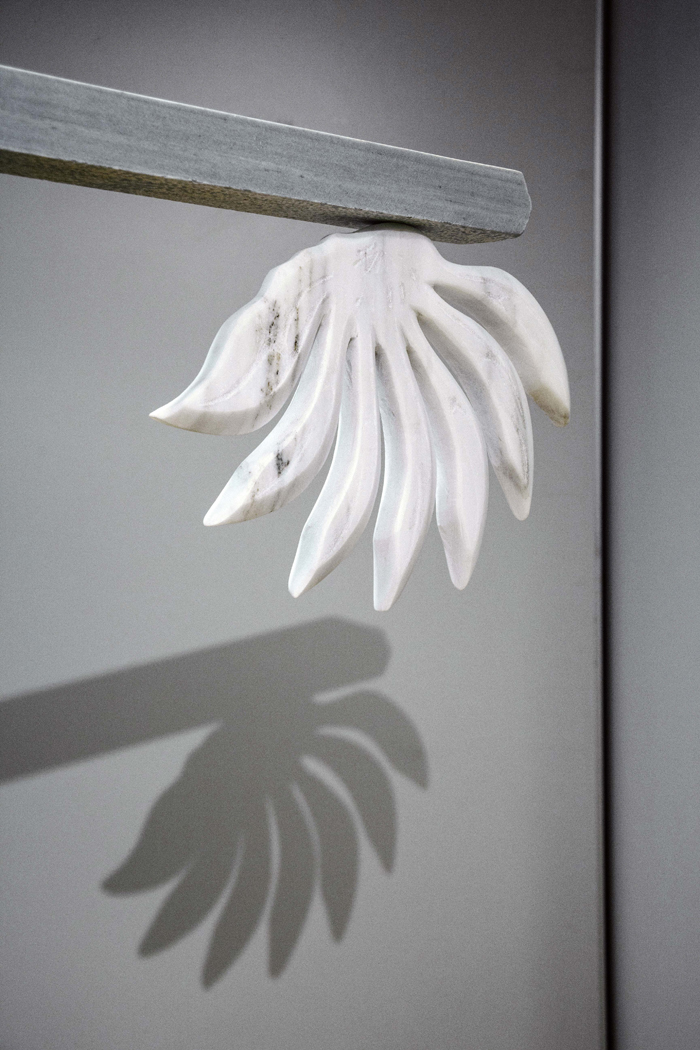 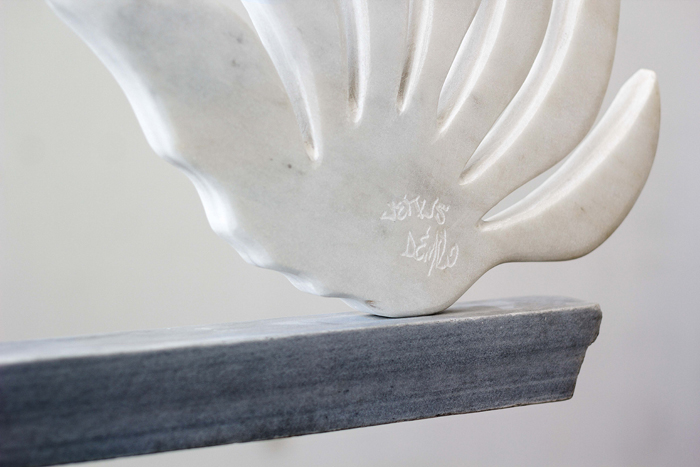 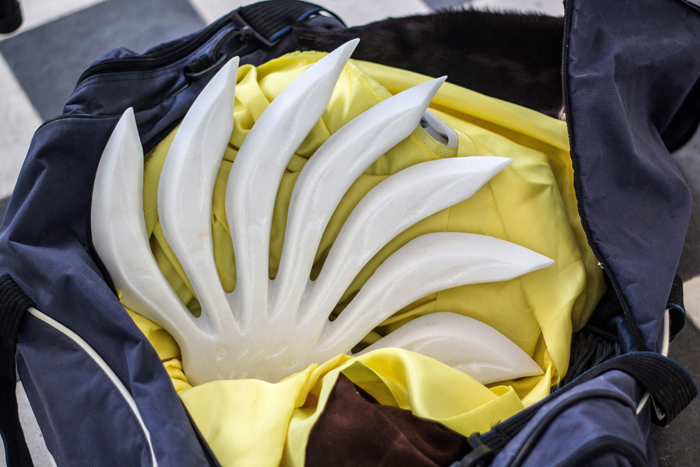 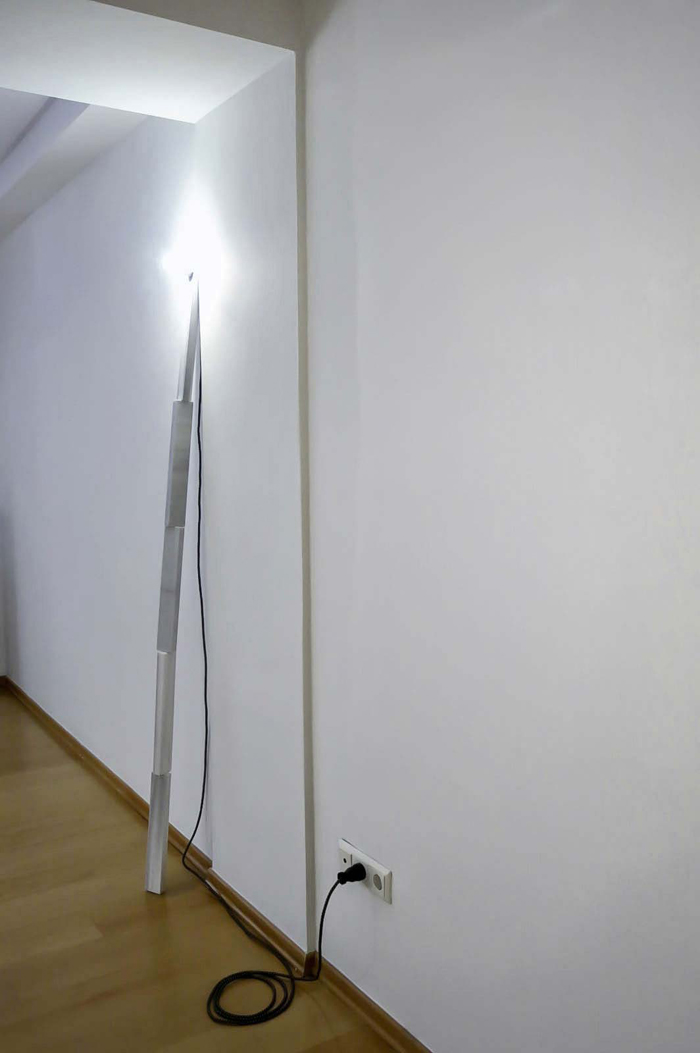 photography; Natasha Papadopoulou
courtesy of the artists and Cultural Foundation of Tinos

Time was once measured by running water, sand, and, besides flying like an arrow, it was running like a river; possibly, as a river of sand. Your tablet’s touchscreen, the one that shows, but also waists our time, may be produced from the same sand.

After he became blind, the Argentinean writer Jorge Luis Borges visited the pyramids in Cairo. There he scooped up a handful of sand and sifted it through his fingers. When asked what he was doing he replied, “I am rearranging the Sahara.” Like the internet or any other vast amount of information or material, the desert and the ocean have no beginning or end, and may be called hyperobjects as coined by Timothy Morton. Hyperobjects are so massively distributed in time and space that they transcend spatiotemporal specificity, such as global warming, Styrofoam, or radioactive plutonium. Living with, between, or even inside the aforementioned hyperobjects—like how plankton lives in the ocean, or how sand runs in the desert and in one’s palm, we also rearrange the real and metaphorical Sahara and oceans, don’t we?

If you prefer, another example comes to mind— the weather. In physics and other sciences, a nonlinear system is a system where the output is not directly proportional to the input. In a similar manner, the exhibition was curated by non-linear dynamics: algae, yeast, calendar, the moon, Venus and Jupiter, making a perfect triangle in the sky just before the opening, showering in marble quarries, a referendum, goat’s mating season, the wind, and many more objects and factors to come.

“To ask a human being to account for time is not very different from asking a floating fragment of plankton to account for the ocean. How does the plankton bank the ocean?” asks Raqs Media Collective while being concerned about the qualities of time but also making an eco-poetical connection between plankton and humans. They continue:

Looking from the perspective of the New York Stock Exchange, which is trading and crashing in nanoseconds, a month spent on a Cycladic Island, Tinos, may be compared to a significantly longer period than a month somewhere else. Similarly, from the perspective of a fragment of plankton, a month for the artists on Tinos Island might disappear as soon (or as long) as a nanosecond on Wall Street.

The residency and exhibition does not ask the artists or the audience to be accounted for the time spent, but seeks to create artistic and poetic links between the organic and the non-organic, a part and the whole (as in plankton and the ocean), and constructs distinct perspectives to look at ourselves, not to mention the time and space from the point of view of an ophidian, a voting ballot from the last referendum, or an immortal jellyfish Turritopsis dohrnii, just to cite another example.