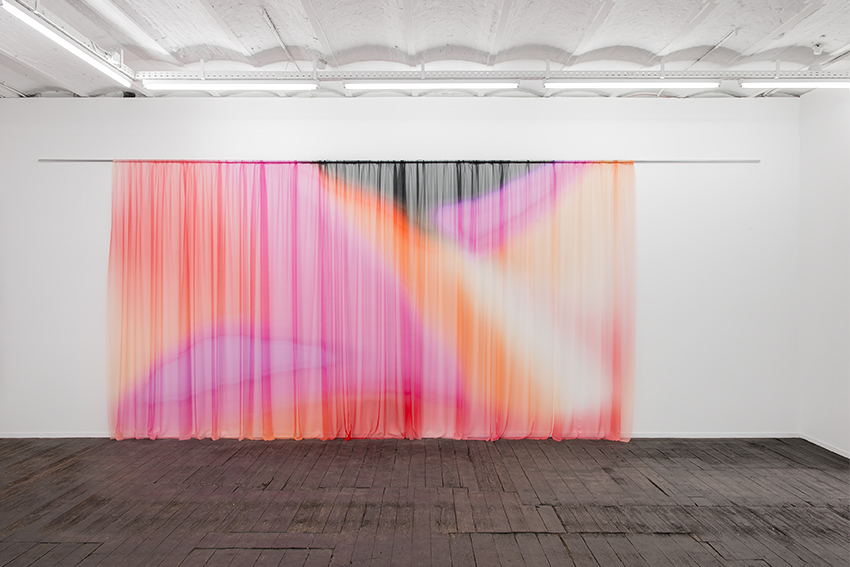 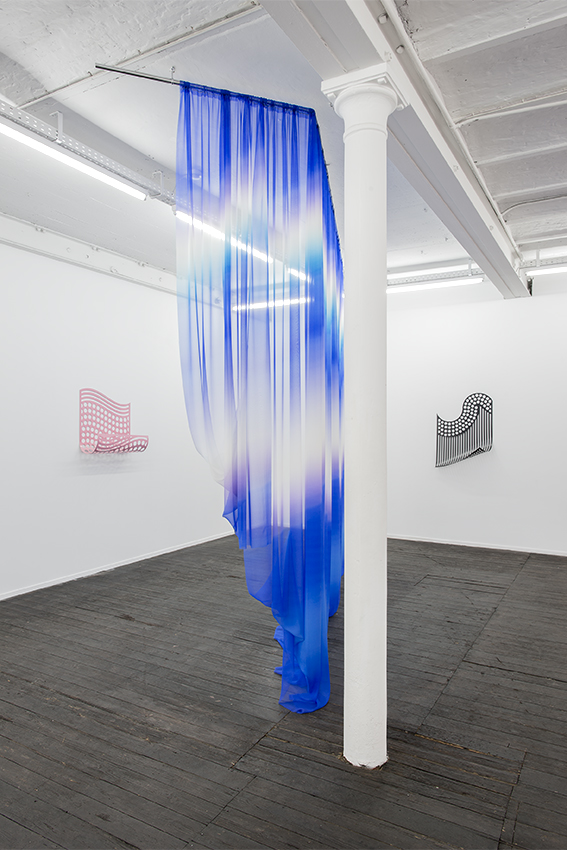 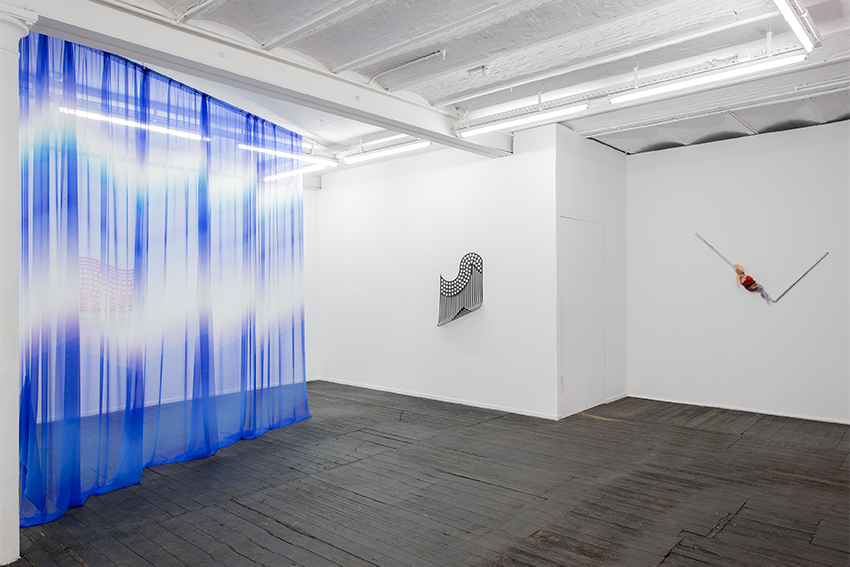 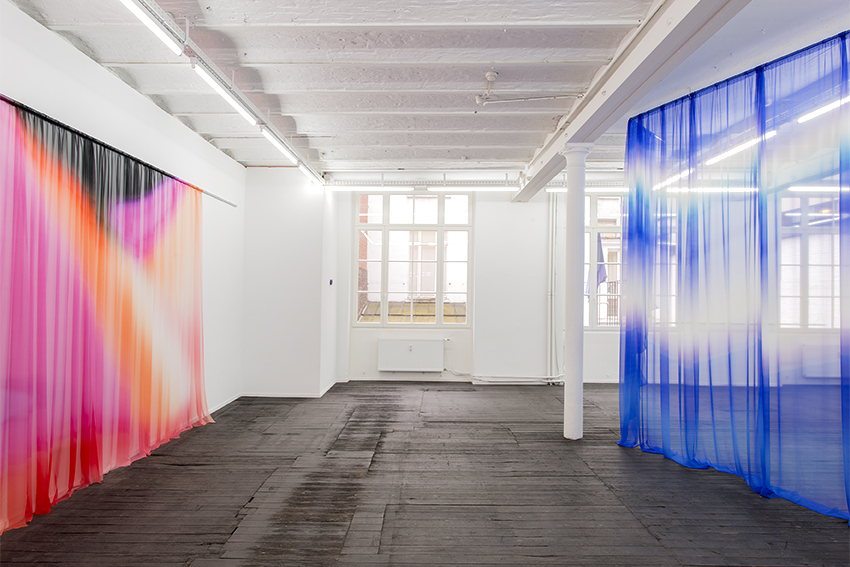 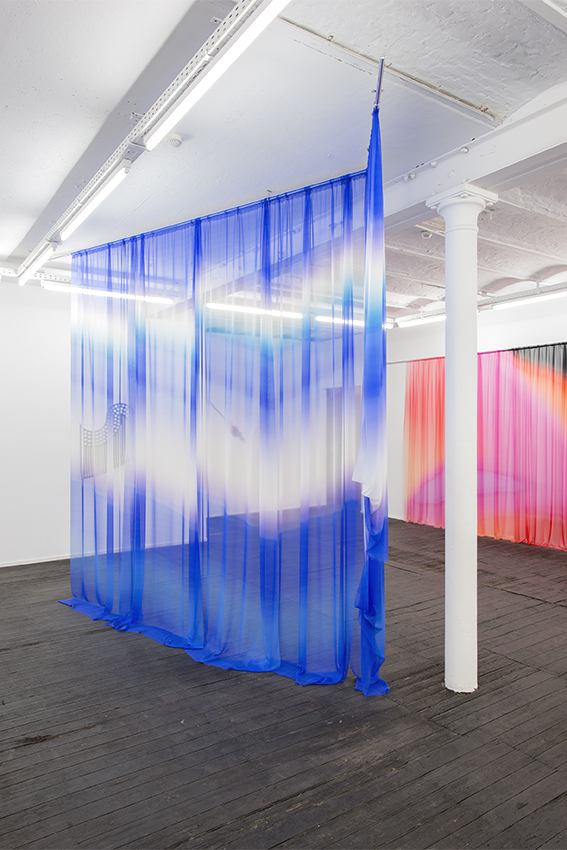 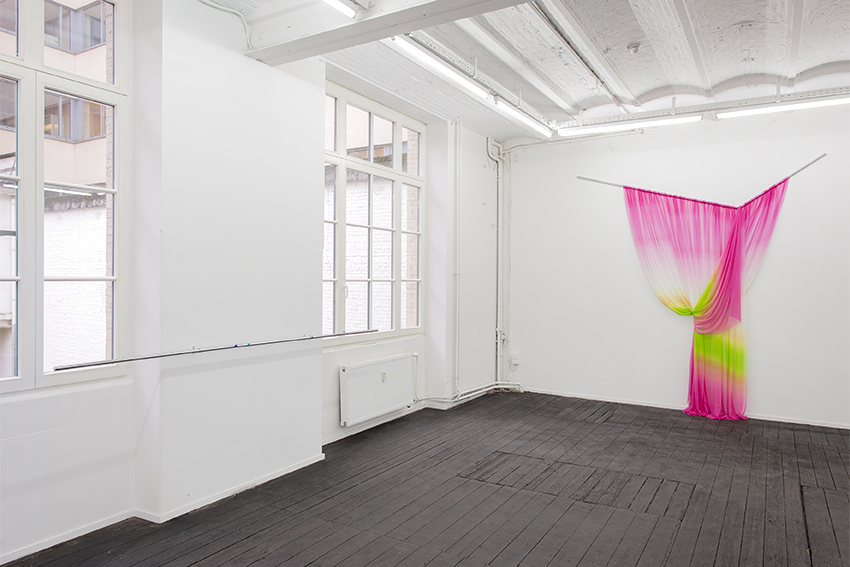 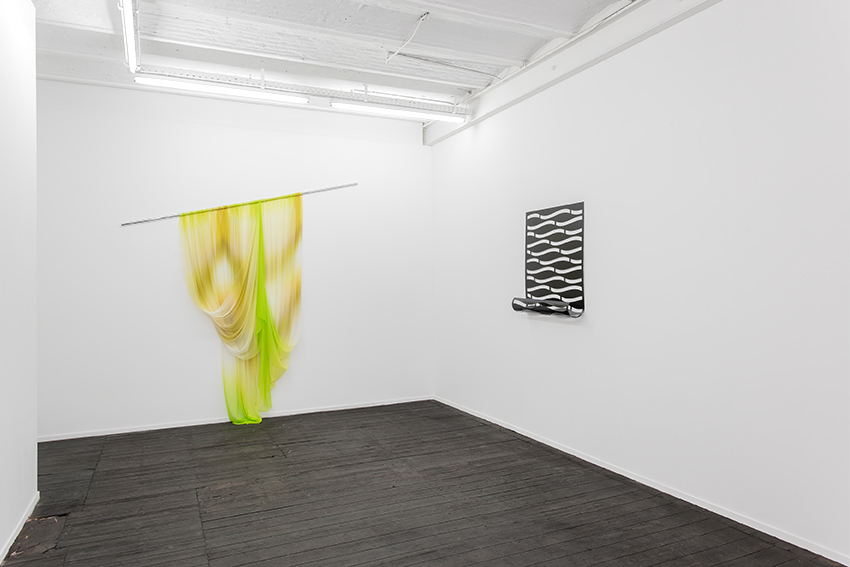 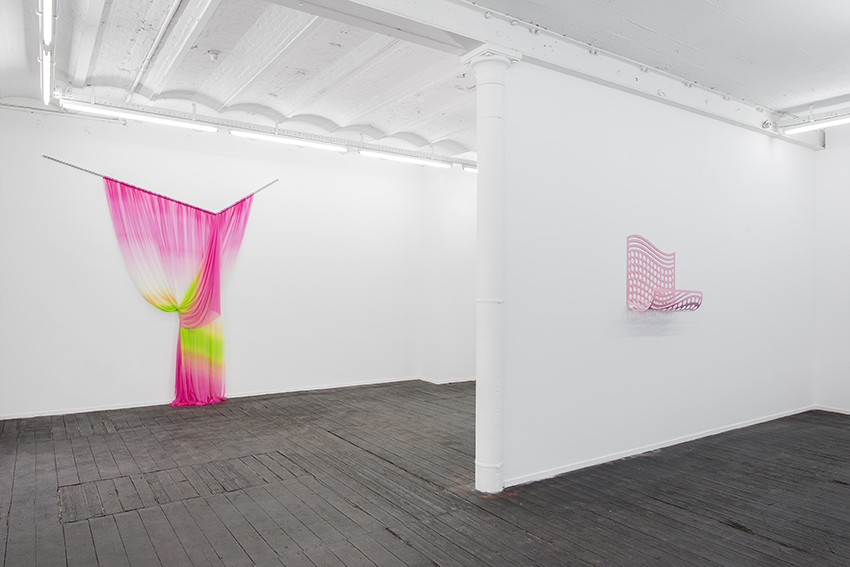 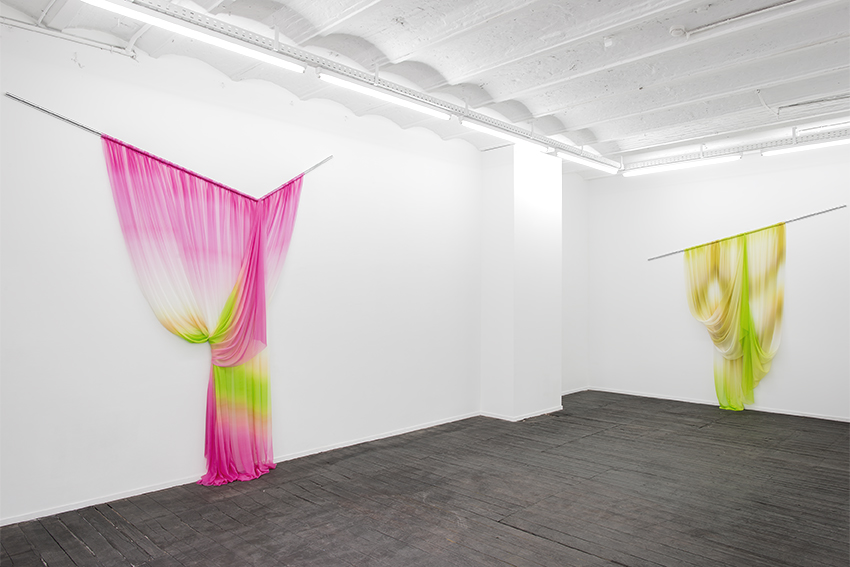 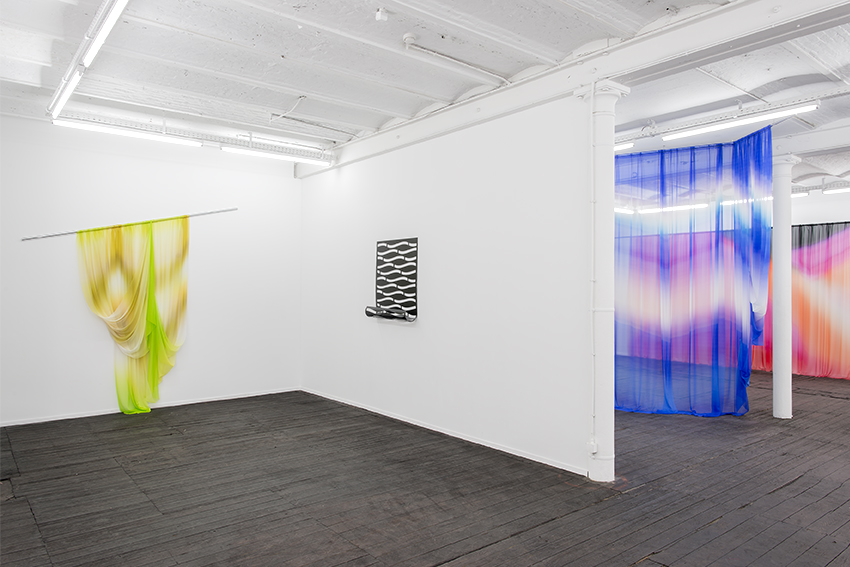 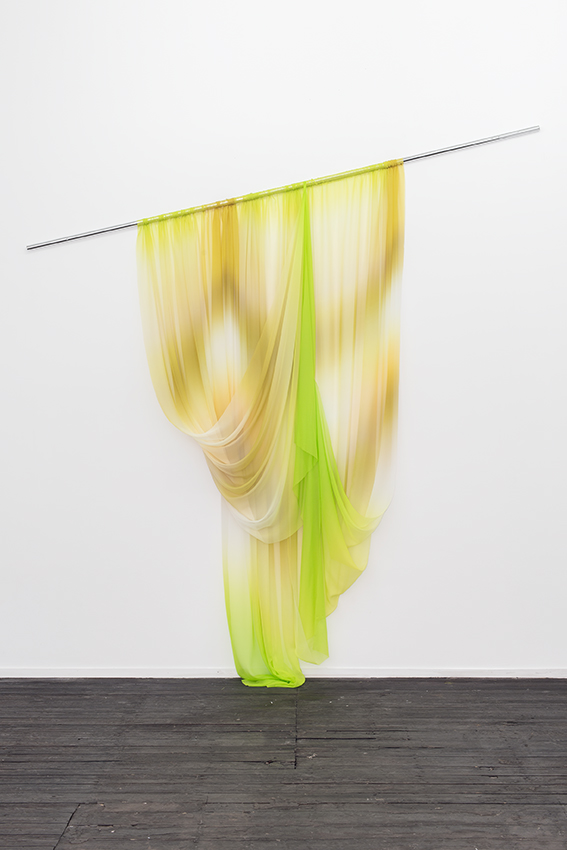 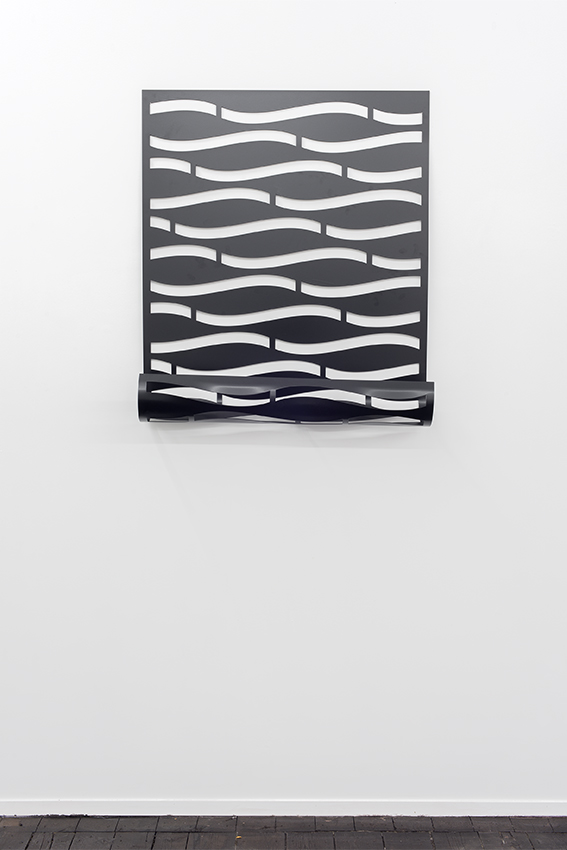 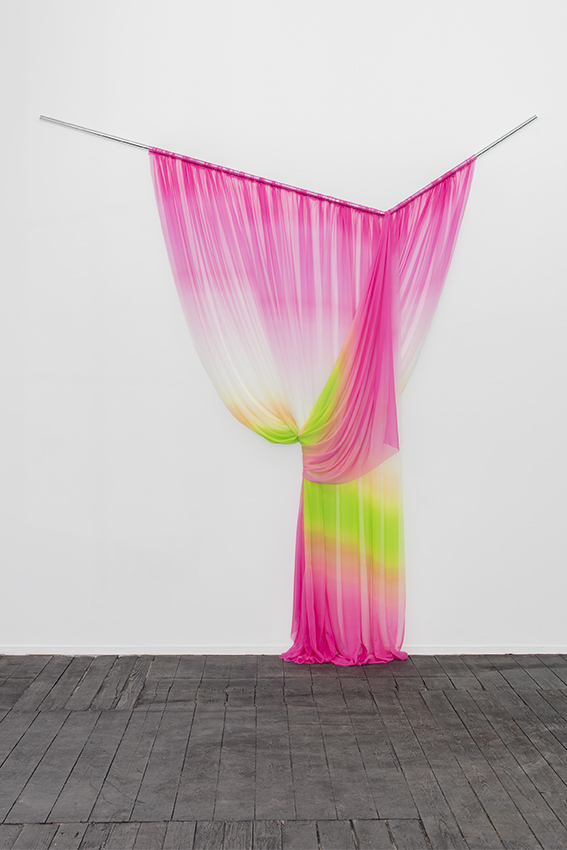 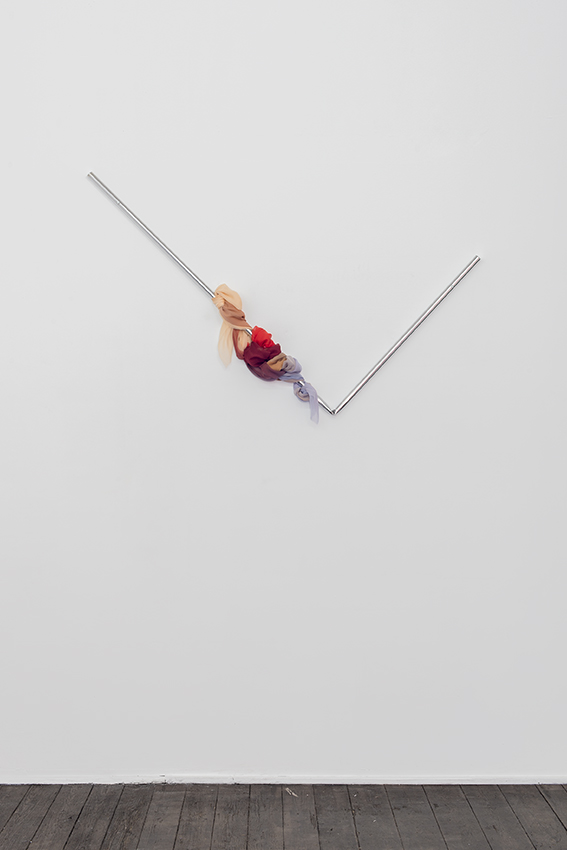 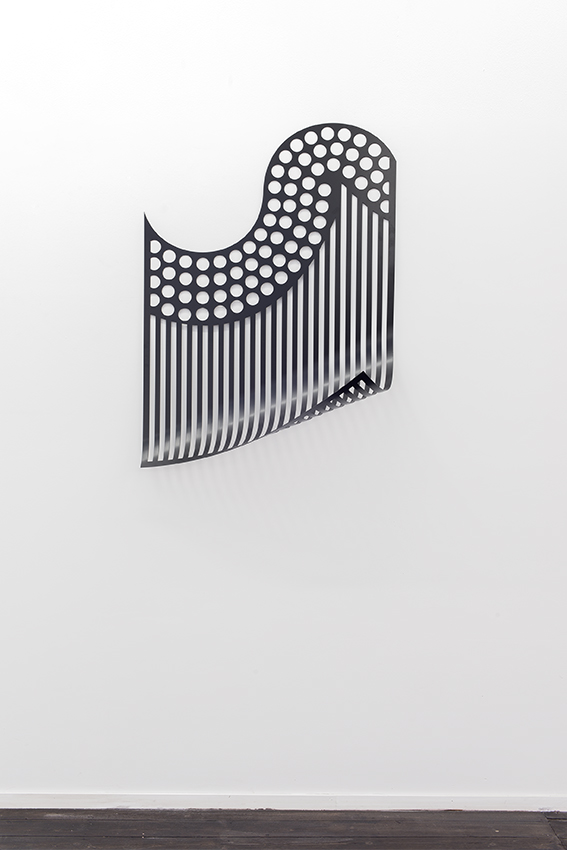 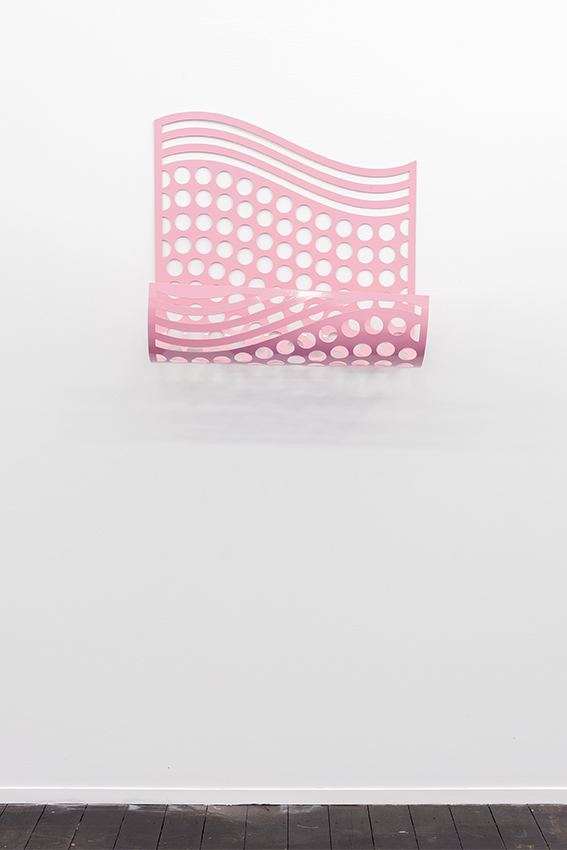 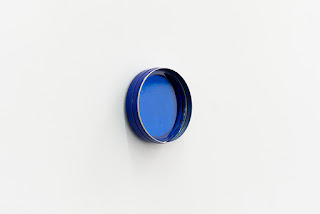 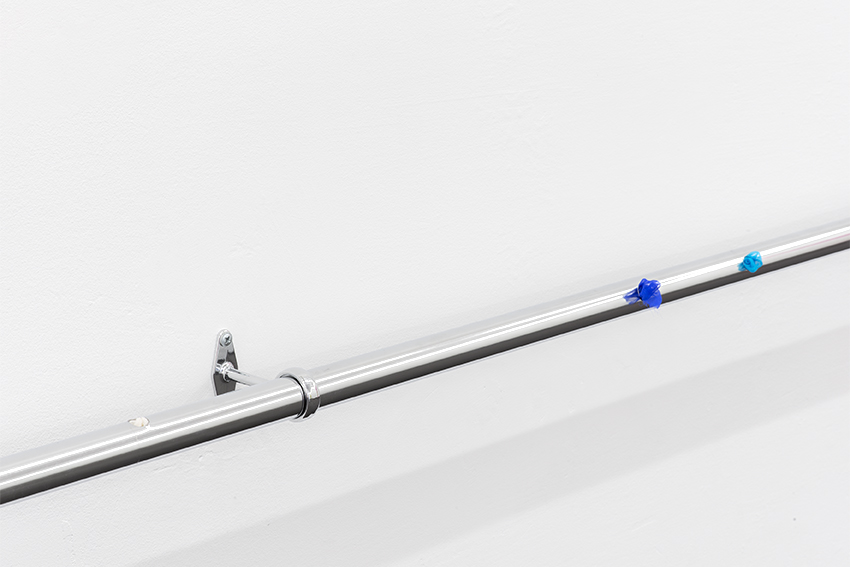 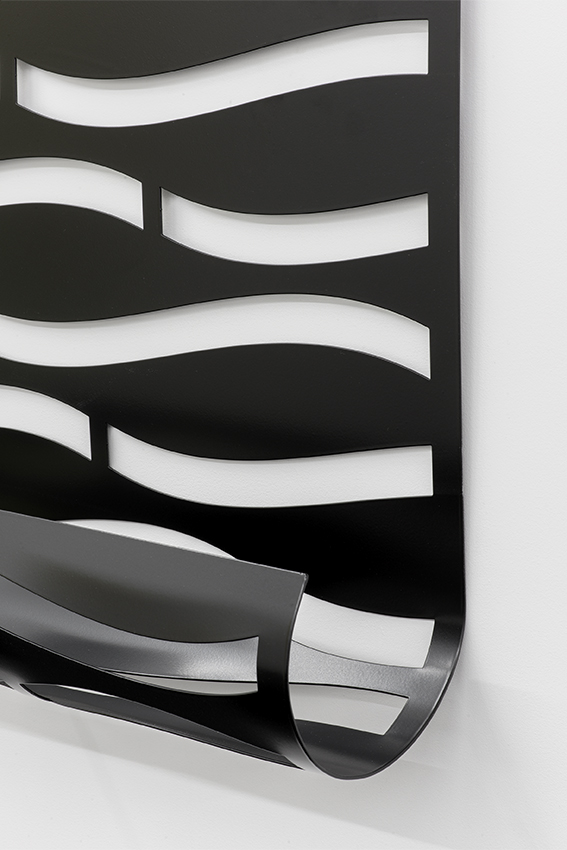 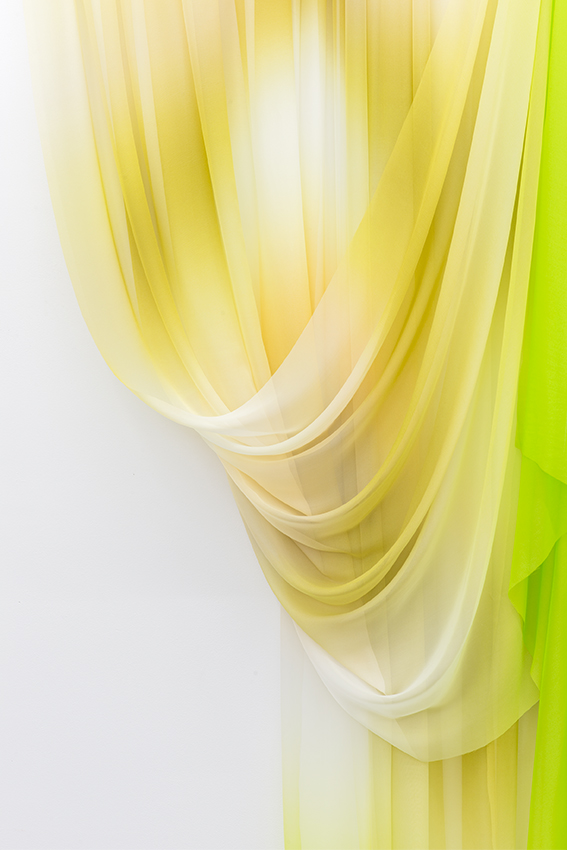 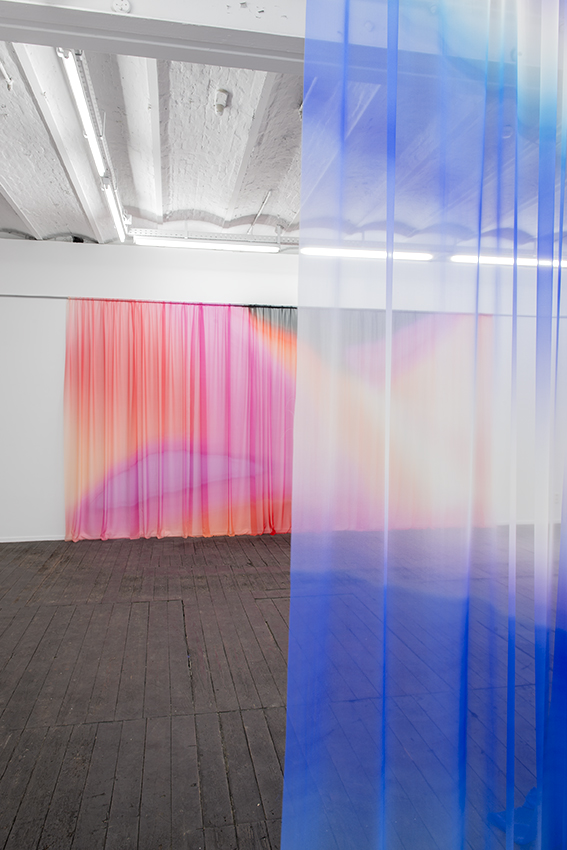 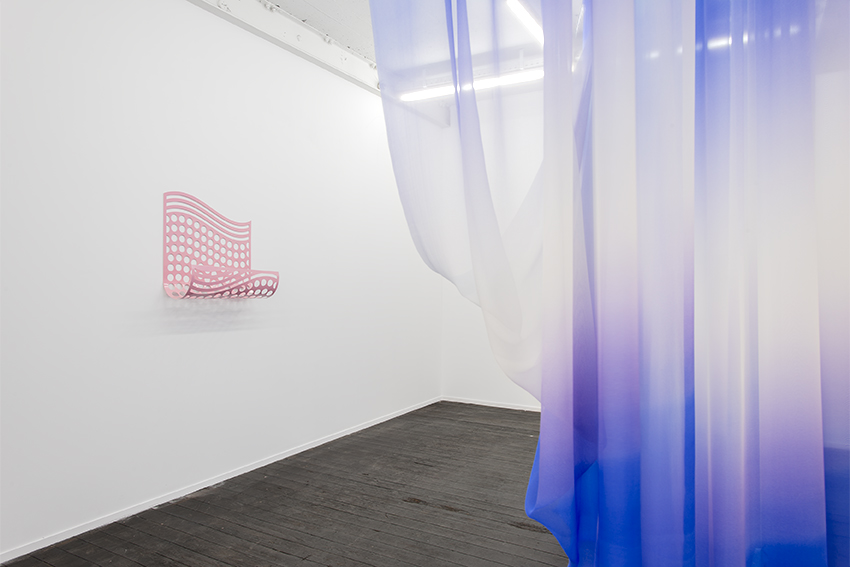 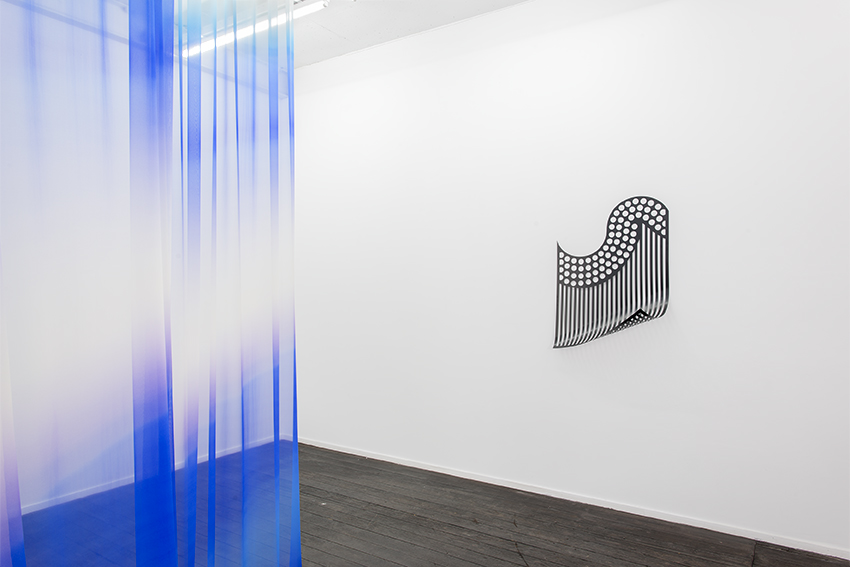 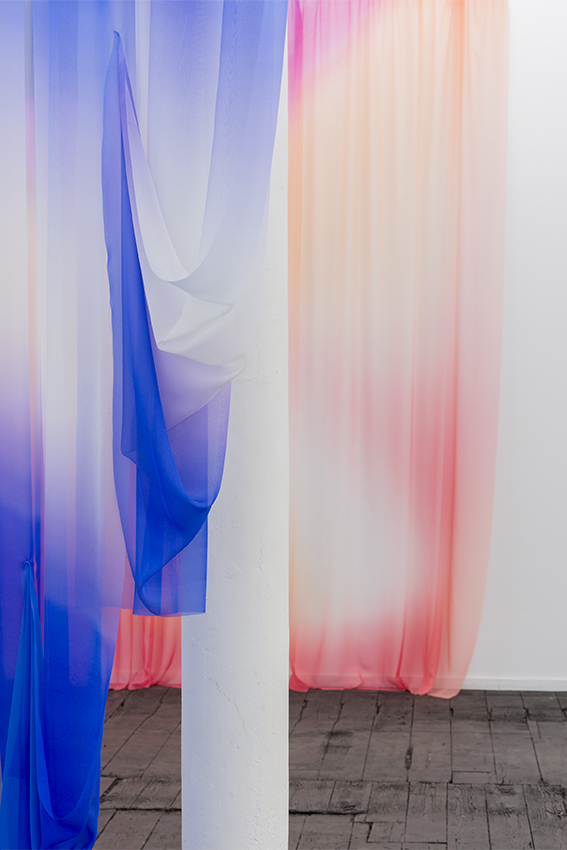 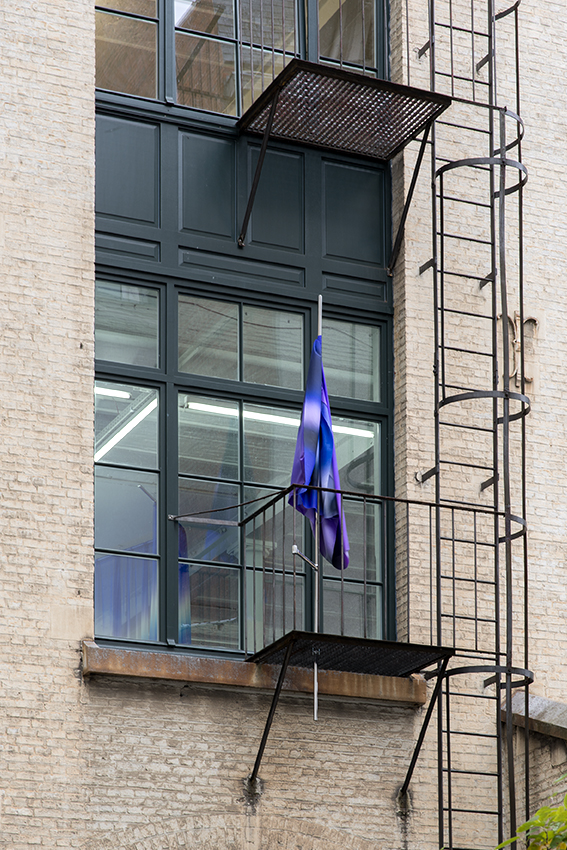 Q10.
What could these initials possibly stand for? Are they geographical coordinates? Is it a mobile phone model? Or a secret code? It is in fact a chemical term designating a coenzyme that acts like a vitamin inside an organism and activates the energy production on a cellular level. It was also used by the brand Nivea to describe a range of beauty products.
By choosing this kind of reference as a title for his exhibition, Justin Morin immediately thrusts us into a universe rich with references to the world of fashion, luxury, beauty and appearance. Some of you may also be reminded of the triptych of exhibitions developed by Éric Troncy in the late 1990s, of which the titles – Dramatically Different, Weather Everything, Coollustre (1) – were also names of beauty creams produced by Clinique. But whereas the French curator focuses on luxury and glamour, Morin adopts a radically different approach. In this exhibition, his interest does not lie in what these products and brands represent, but in the way in which the multinationals that produce them communicate and the symbolic system they wish to convey to their potential clients. To do this, he seizes upon his own repertoire of conventions, which can be situated on the cross section between minimal art, Op Art and kinetic art. The artist has completely appropriated this crossover steeped in the 70s, mixing it with more modern references and even passing these historical shifts through the ﬁlter of Pop Culture, consumerism and the dictates of appearance, as it were. This concept is symbolised by the aluminium, epoxy-painted bars that feature in the exhibition. Whereas the initial pieces in the collection – which was started in 2013 – directly echo the experimentations of Victor Vasarely or Bridget Riley, the pieces that are exhibited here have been adorned with a new layer, radically altering their meaning.
Morin’s approach is as simple as it is effective, combining various previously used patterns – lines and dots – and adapting the shape of the bars to give them a less rigid and more ﬂexible appearance - an image mainly inspired by the diagrams of the epidermis that can be found in advertisements for cosmetic products. In addition, they have all been given the name of a skin care cream. Similarly, the draped fabrics that form part of the exhibition continue a process that was started several years ago and ﬁnds its origin in the artist’s interest in advertising, charting the way in which bodies and objects are rendered totally impersonal once printed on the pages of glossy magazines. These large pieces of silk are each exhibited in accordance with a speciﬁc protocol and are actually a chromatic transcription of this kind of advertising, providing a much more tangible and sensual version of these often grotesque images - despite their ethereal appearance, they are still very present in their surroundings. Whereas the images selected for previous collections referred to concepts ranging from a Cher album cover to the reﬂection of the light on the river Neva, the draped pieces of fabric displayed in this exhibition all echo the cosmetics industry in one way or another, whether referring to the roses used to create a perfume – How to drape a rosa gallica ofﬁcinalis –, the offshore platforms extracting oil that is subsequently fragmented to naphta – How to drape the ocean that surrounds an offshore Platform – or even a picture of Rihanna on the cover of Vogue magazine – How to drape Rihanna’s red hair Vogue cover. By doing this, Morin attempts to dissect and even deconstruct the imagery used by these large cosmetics ﬁrms, offering a much more tangible, delicate and bright version, based on a variation of shapes and colours and in stark contrast with the extremely cold and scientiﬁc aesthetic generally used to evoke these products.