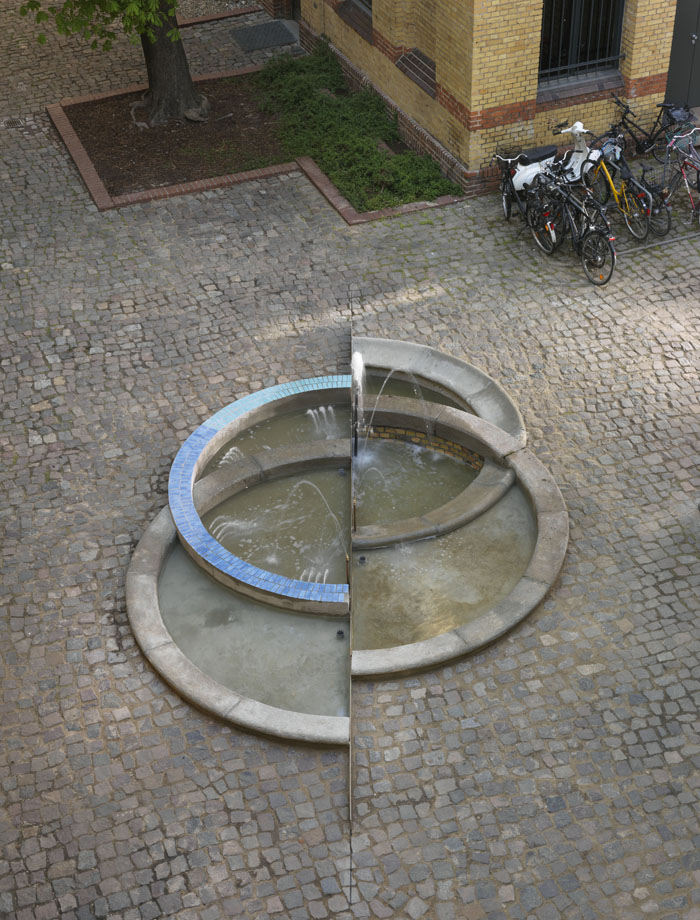 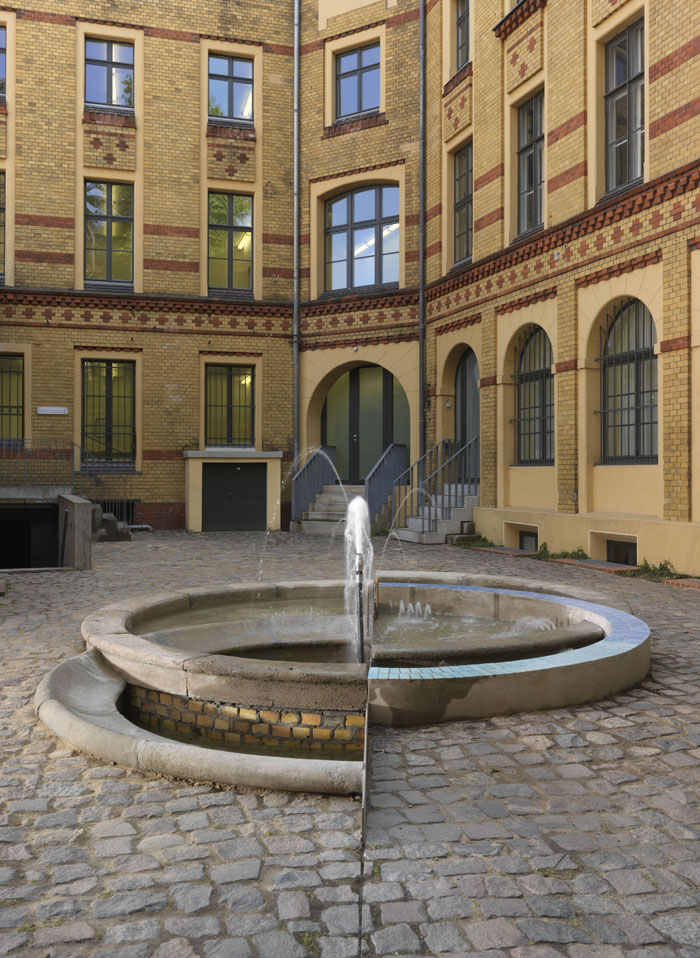 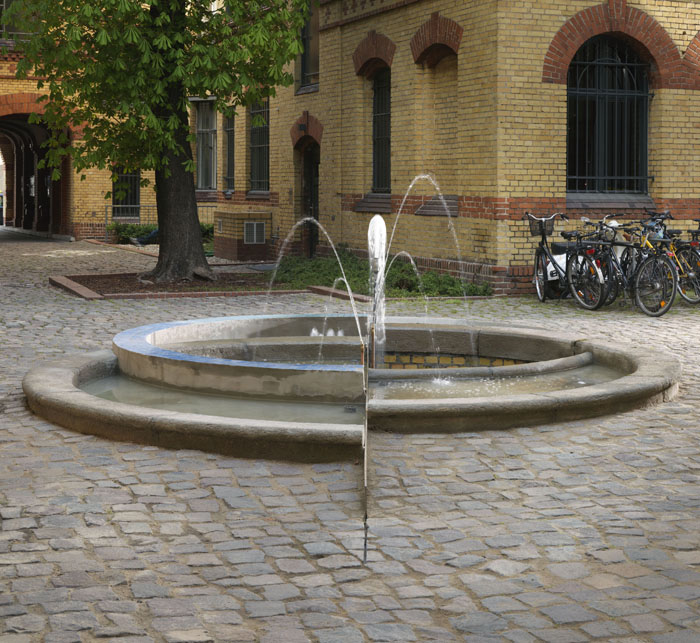 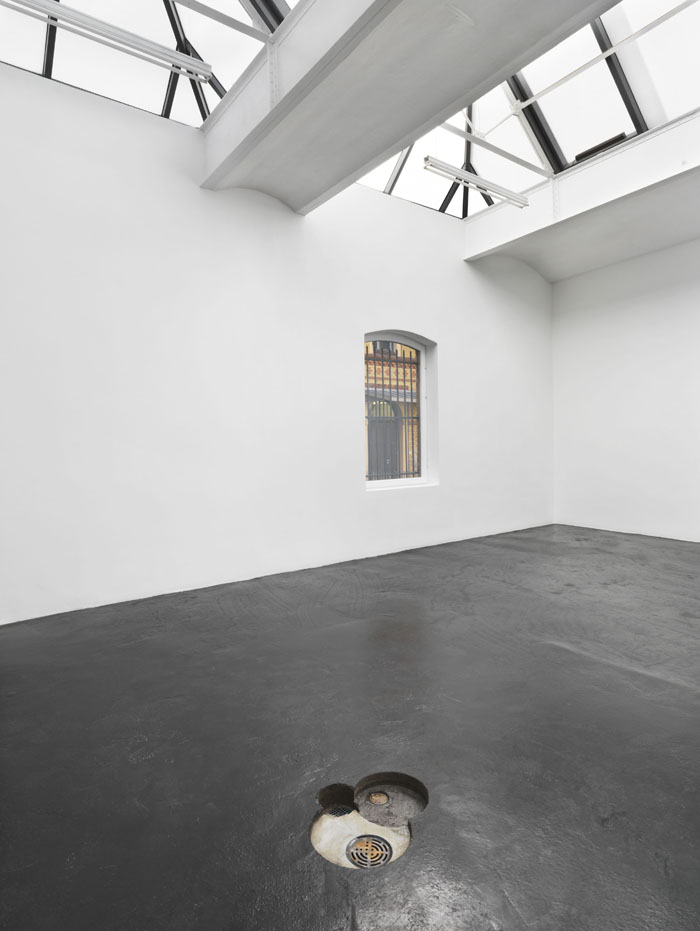 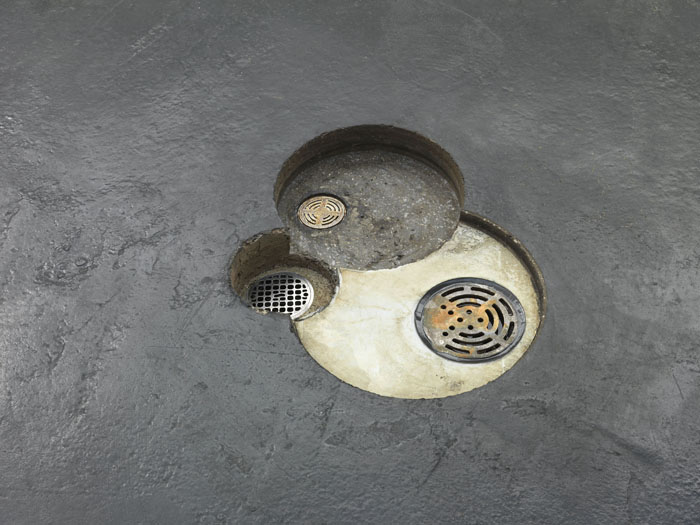 
We are pleased to inform you of Renata Lucas’ (b. 1971, Ribeirão Preto, BR) first solo exhibition at the gallery, opening on May 1 during this year’s Gallery Weekend Berlin and remaining on view until August 15.

Renata Lucas’ diverse body of work deals with the multifaceted relationship between the individual and their urban environment. With interventions into a city’s architectonic systems – from cuts, connections, and openings to overlaps and duplications of defined spatial structures – Lucas manipulates structural frameworks in order to expose, reshape, and redefine intrinsic definitions of ownership, use, and social interaction in a manner that is both playful and radical. As part of her ongoing engagement with architectural systems, Lucas has investigated Berlin’s wide-reaching waterways and their attempts to contain and control the vital and autonomous element that is water. Consisting of rivers, canals, ground-water, and sewage channels, this complex network flows through and around the city’s buildings, taking hold of them and connecting private and public spheres in an often invisible manner.

With fontes e sequestros, Renata Lucas applies these ideas to works developed especially for the interior and exterior of the gallery and its surroundings. Using the gallery’s courtyard as the site for a large-scale temporary installation, Lucas appropriates fragments of Berlin’s cityscape, placing them inrelation to each other to create a complex construction consisting of overlapping segments based on three historical fountains scattered throughout the city’s various neighborhoods. Spanning a range of social context and eras -from the late nineteenth-century Wilhelmine period to the ‘20s and ‘80s of the twentieth-century – this interlocking, pieced-together construction examines the city’s structures by way of its architectural vocabulary  and exposed public interfaces.

Lucas’installation consists of four intersecting semicircular pools. A segment based on the oldest fountain in Berlin’s Tiergarten, Triton (1888), runs through Eva (1927) – a fountain that is today isolated on a traffic island in Alt-Tempelhof. In turn, this section crosses with Marzahn’s Tanz der Jugend (1984) –a structure whose colored ceramic tiles are a testimony to the aesthetics of late GDR-modernism. Trimmed down from their original states and stripped of their central sculptures, these fragments of Berlin’s public space have  been deconstructed and newly reorganized by Lucas in an effort  to entangle both time and space. The mutual exchange between the structural components is visualized in the flow of water, which streams  into each basin of Lucas’ fountain system and enters an endless cycle. This circular flow is connected to three drains embedded into the floor of the gallery’s interior exhibition space. Echoing the overlapping circular forms of the fountains’ basins, the drains are each placed on separate layers of concrete and asphalt that  reveal the structural history of the gallery space.