Gareth Moore / A Burning Bag as a Smoke-Grey Lotus

A Burning Bag as a Smoke-Grey Lotus by Gareth Moore 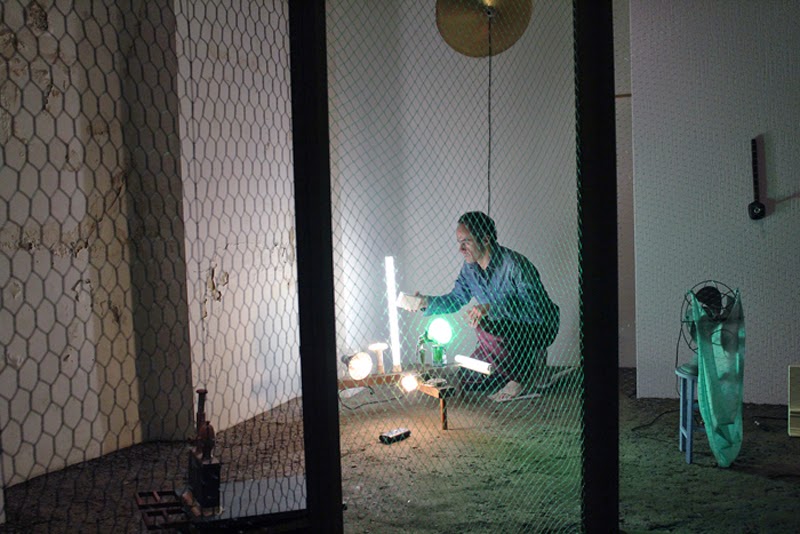 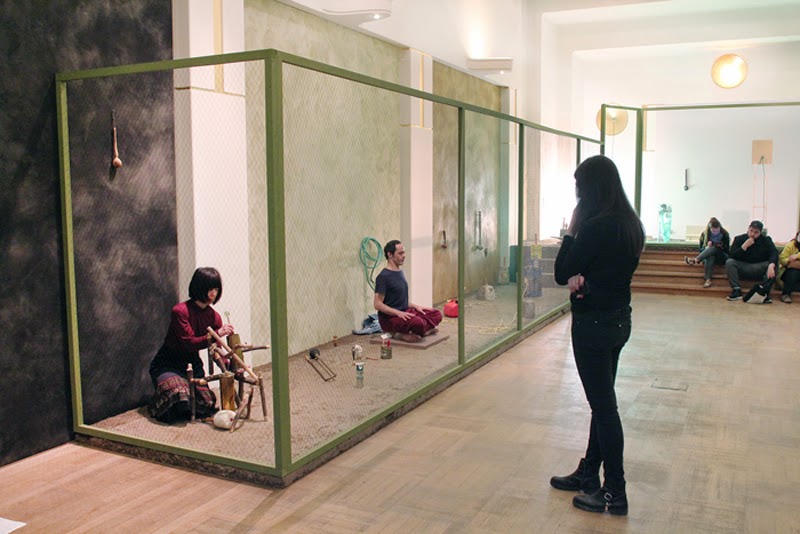 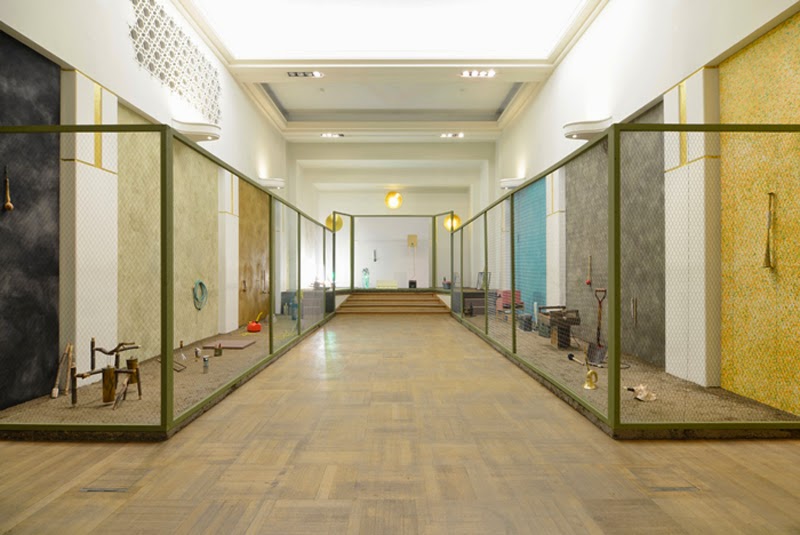 all images
courtesy of La Loge and the artist

A Burning Bag as a Smoke-Grey Lotus
A long tone poem
You can’t see me but I am writing this from the bottom of a white styrofoam cup. I am holding a stir-stick which to me is gigantic and I am scraping the rim of the cup which emits a noise not unlike the sound of a body —— stretching in the morning.
From here, looking out the mouth of the cup it looks like looking back at the beginning of a song.
Grandmother takes her teeth out; she doesn’t have company and there is no longer a need to chew.
In the beginning, there was no beginning. There was already a sound. A plop whirr-fizzle, the sound of a bullet being made, a yawn, a snap, a splash of piss on cobblestones, and a large bag of gas moving through darkness.
Picture the sound of a pair of gum boots, with feet in them, stepping up and down in a wooden container full of mud.
Early morning:
A homeless woman shuffles by, she is wearing plastic carrier bags on her feet, the bags lined with pigeon feathers she’s collected from the neighbourhood. She is a composer.
From above, the wind descends through the valley and passes over the broken reeds of a marsh. An organ emerges, the first flute, an ocarina. If you stand there long enough you can hear the notes changing as the reeds grow.
Janitors of this Long Tone Poem are the tortoises who have lived in the zoo for the past 70 years. They are also the composers, the instruments and the notations.
A green speaker lid is visible jutting from the earth on the periphery of this menagerie, it plays field recordings from other deserts, jungles and city parks. When listening, a loop can be distinguished, then a drone that mingles with the ultrasonic cough of the fluorescent lighting and the snaking sound of a tram which is moving bodies over our heads.
The phenology of the lights:
When the sun is at its highest, the lights are still on and Diogenes walks across the stage and in front of a back drop painted in used engine oil. The lights can’t be switched off. Yet.
The carcass of the flogged horse that Nietzsche wept over is turned into an instrument; dried and stretched, a pipe placed down its throat. It resembles a muse au sac. It is played into the evening, a ballade to insects.
and what ends it all…
two hands and a blade of grass placed to the lips. This; a gong, and the sound of the Cartesian body split from itself; speakers in the wheel-well of an electric car engine.
A Gong
- Gareth Moore, April 2015 -
A Burning Bag as a Smoke-Grey Lotus is the first solo-exhibition of Gareth Moore in Belgium. The exhibition appears as a ceremony composed of instrumental sculptures. It pursues the artist’s ongoing investigations and explores the physical and symbolic properties of sound and its relationship to humans, animals and sculptural form.