Christina Dimitriadis /Technologies of the Self

Christina Dimitriadis /Technologies of the Self
curated by Barbara Piwowarska 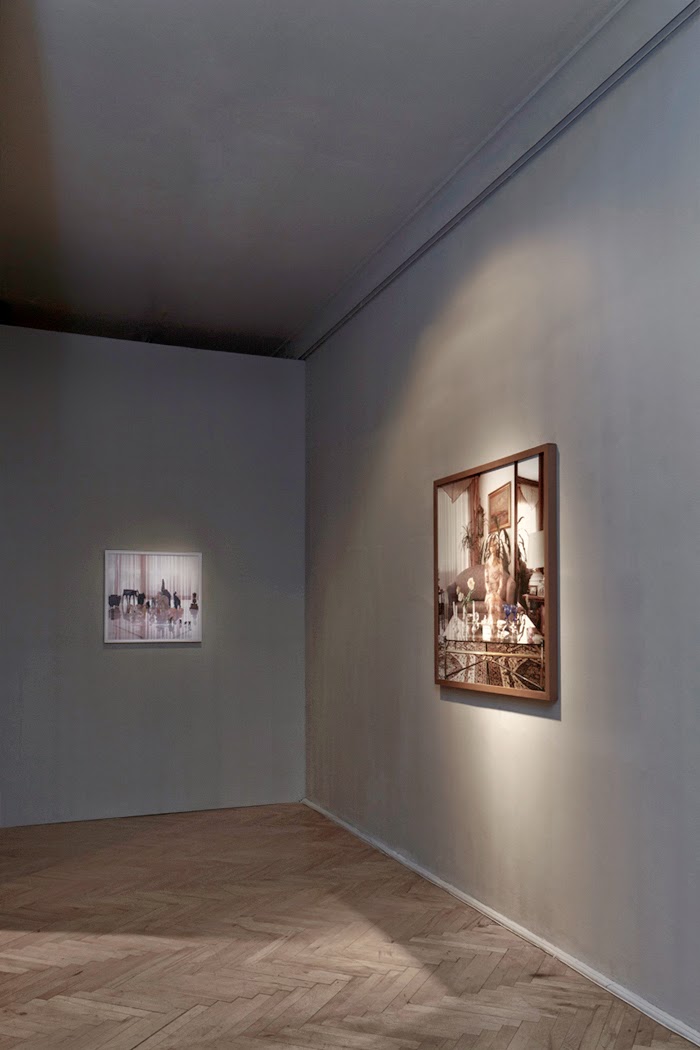 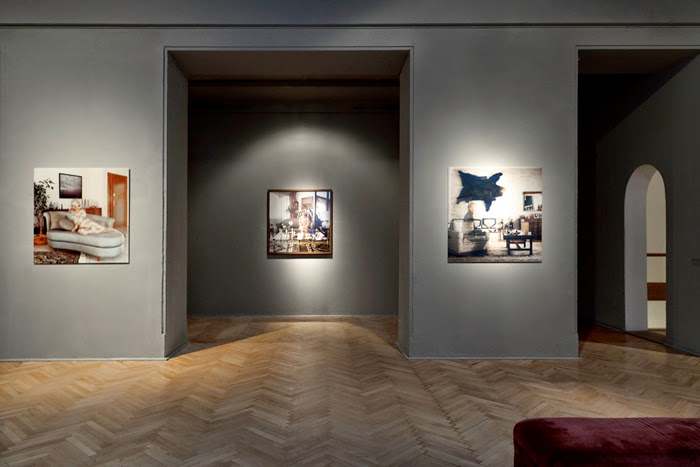 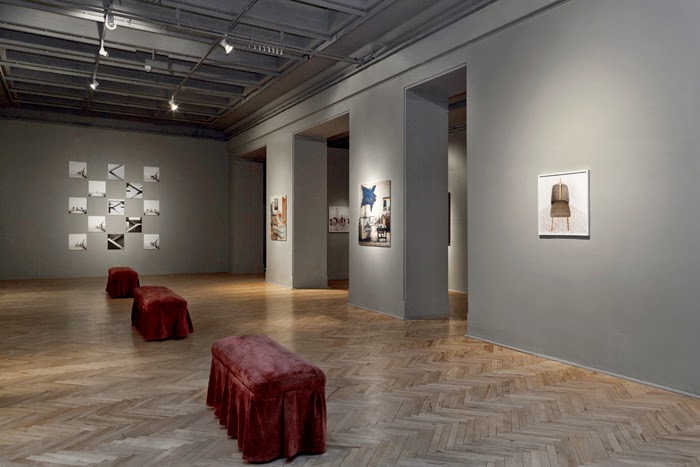 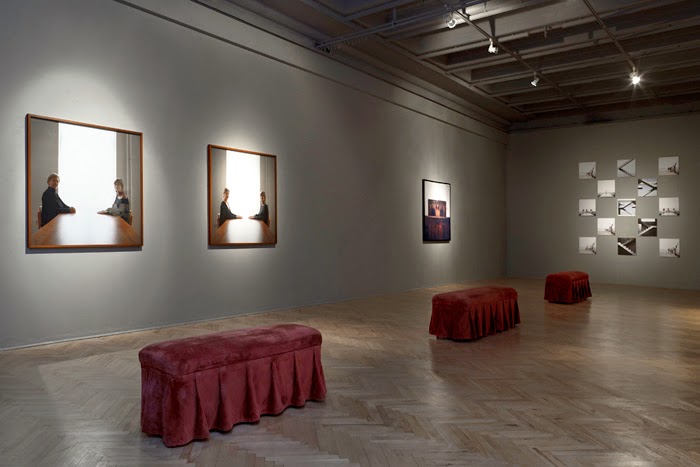 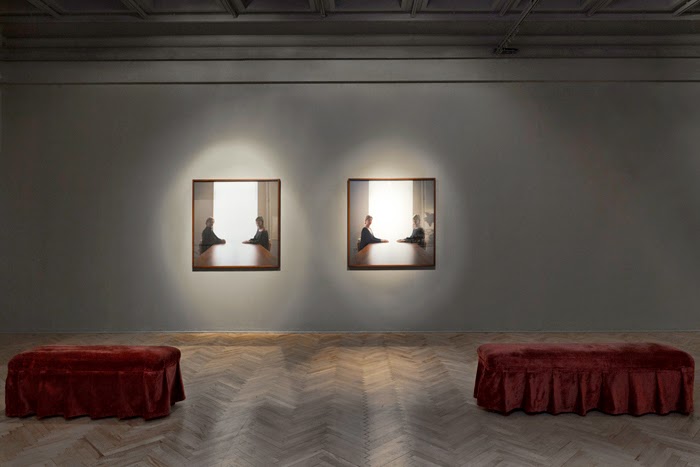 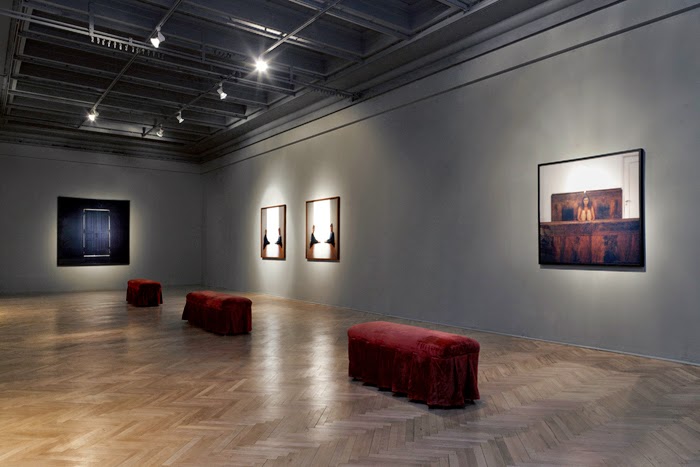 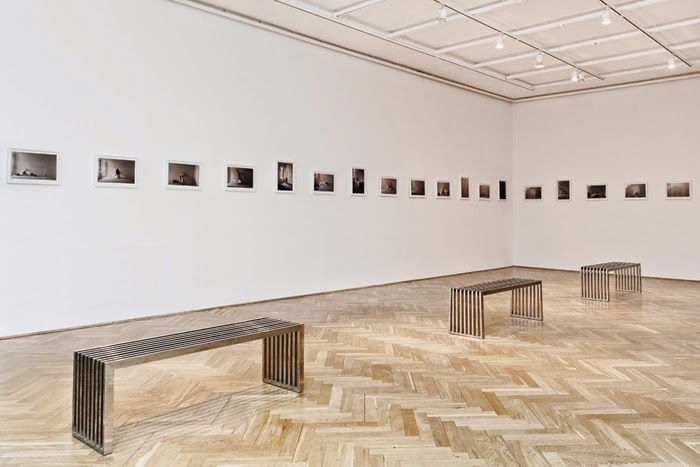 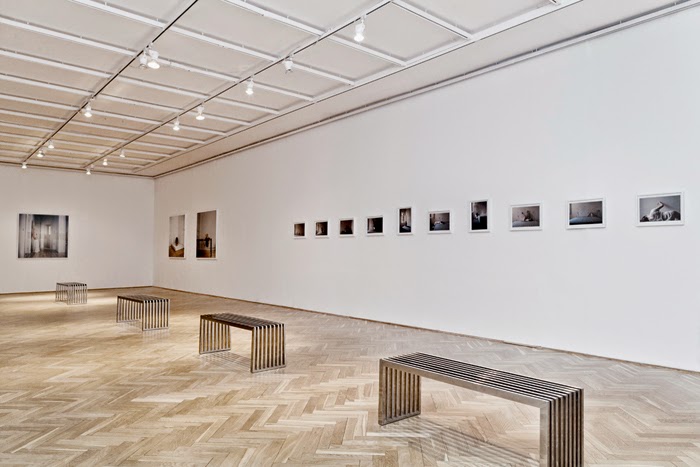 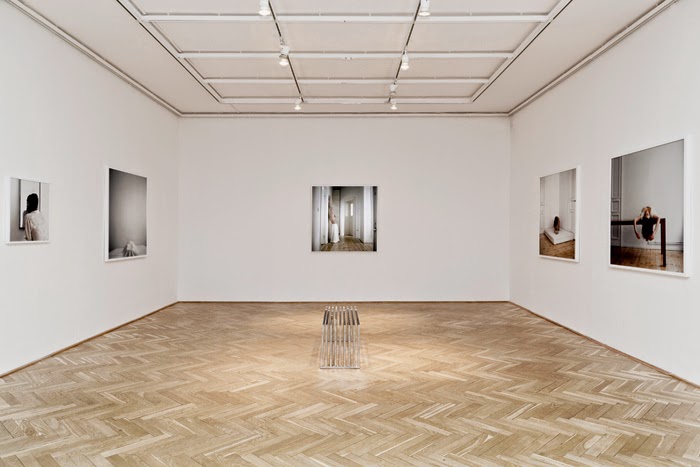 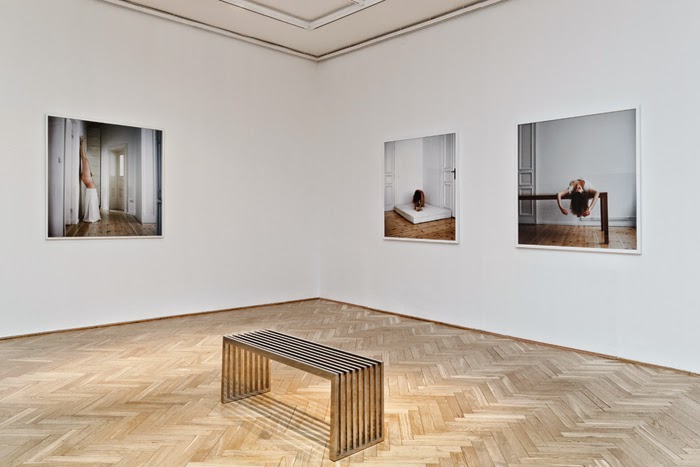 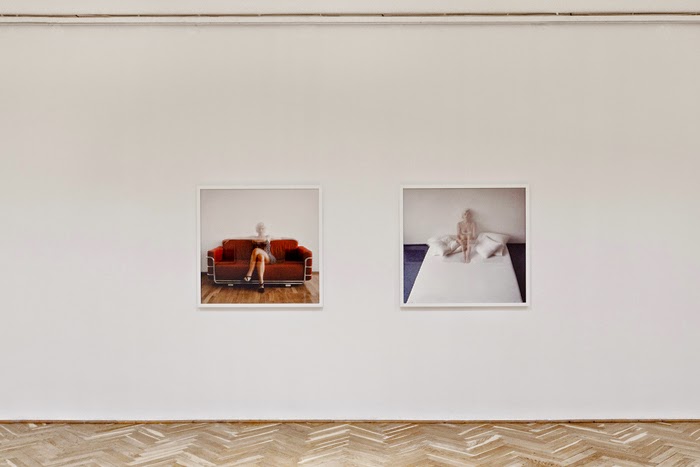 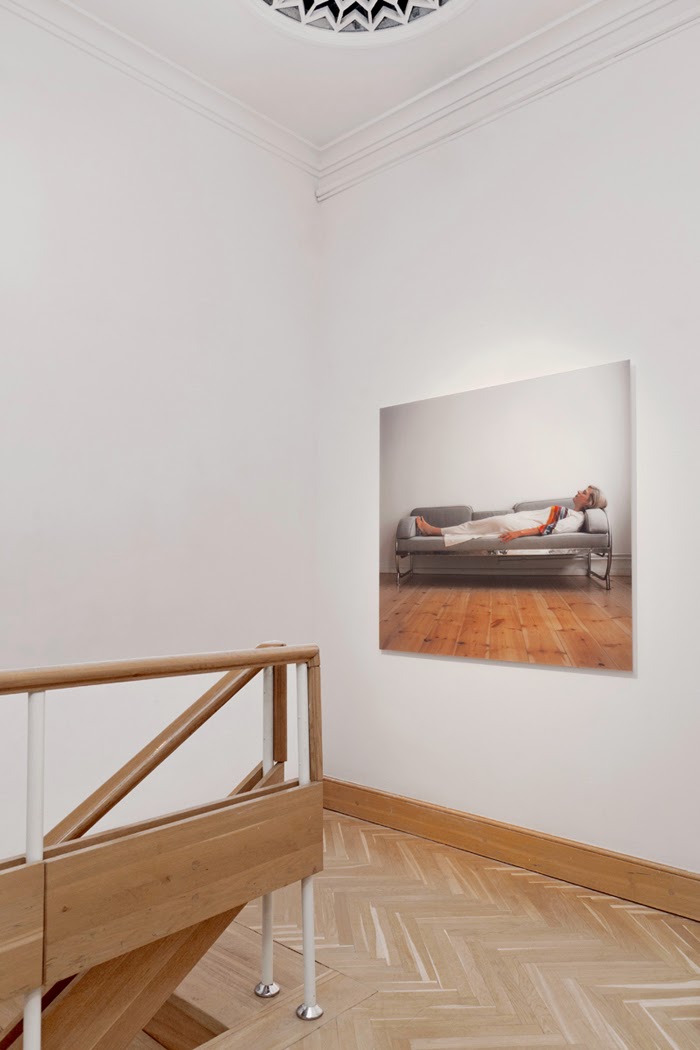 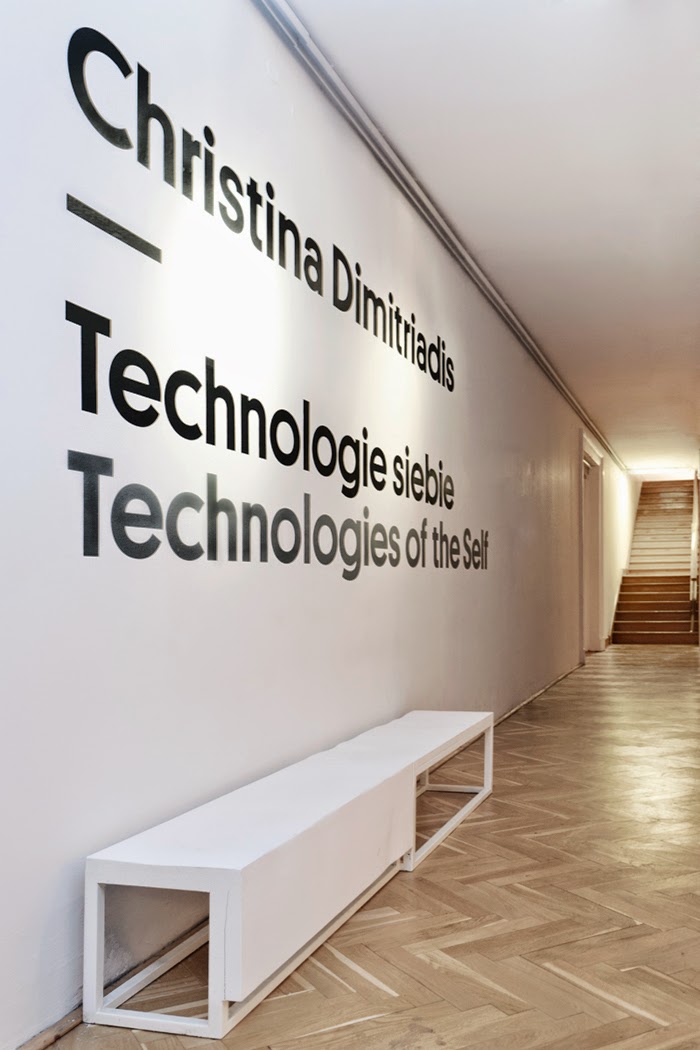 Technologies of the Self is Christina Dimitriadis’ first solo show in Poland. The exhibition is an in-depth retrospective of the artist’s most important photographic series from 1995–2015 — thematic projects created over the past 20 years, mainly in Greece and Germany, such as Private Spaces, Obscure Passages or Oblivion’s Exercises.
Dimitriadis is of Greek-German origin: her mother is German and her father is Greek.  She was born in Thessaloniki, studied in New York, and lives and works in Berlin. Her projects concern the subject of unobvious, mutable identity: necessary transformations, the constant process of finding roots and uprooting, never-ending returnings and escapes. Her life and work are inevitably subject to the dialectics of remembering and forgetting. This dynamic has changed even more in the past few years — a time of real crisis in Greece that radically influenced the life of her family and her artistic work. In the words of the artist: “Every Greek had to separate from part of his/her own history and had to create a new identity.” Technologies of the Self [techniques of the self, practices of the self] in science and philosophy refer to the subject and its relation to the universe. While well recognized by the Ancient Greeks, they were distinguished in Michel Foucault’s 1980s lecture Technologies of the Self, where he specified four major types of interrelated technologies that could be applied to achieve self-understanding as well as to change the individual. These included technologies of production, which allow us to transform and manipulate; technologies of sign systems, which permit us to use meaning; technologies of power, which determine the conduct of individuals and subject them to a specific fate or domination, essentially an objectivizing of the subject; and technologies of “the self”, which permit individuals to carry out operations on their own by their own means, with their own personal tools. Thus, the starting point for an individual is exercising power over others, leading to the “care of the self” and attempts to seize power over oneself. Christina Dimitriadis perfectly understands this interrelated process, revealing the conflict between subject and society. She recasts it in her own way, closer to Beatriz Colomina’s concept of “privacy” and “publicity”, where the sphere of the oikos and family becomes the reflection of the external powers that form ourselves, including architecture. As the artist states: “I move between the individual and public narration.” Dimitriadis specializes in capturing phantoms, traces and interiors — in a minimal, personal interpretation of the space, affected by the memory of places, people and occurrences. “To dwell means to leave traces”, as described by Walter Benjamin, a specialist in the work of memory, bourgeois interior and the “indwelling”. For Dimitriadis, “indwelling” always means reversing order, change, metamorphosis. In the series Private Spaces, a depiction of interiors of family homes in Berlin, Thessaloniki and Athens, she portrays departure, erasing, absence. In I Remember All of You, she was continually guided by Immanuel Kant’s note to himself: “Lampe has to be forgotten” [Lampe muss vergessen werden], pinned above his desk to “remind him to forget”. Dimitriadis examined the “remember to forget” principle in the front of the mirror turned back to the viewer. According to Freud, memory-traces have nothing to do with the fact of becoming conscious, “indeed they are often most powerful and most enduring when the process which left them behind was one which never entered consciousness”. Dimitriadis tries to capture that, to shoot it.
Today “technologies of the self” have become a series of efforts to stylize one’s own life, where photography assumes a special position — it becomes the most important mediator between “I” and the world. Technologies of the self are also a series of gestures of “concern for oneself” (the ancient Greek principle of epimelēsthai heautou, “take care of yourself”), verbal and non-verbal ways to constitute the new “I”, to break with the cultural burden of self-renunciation. In the case of Dimitriadis, it is also the process of photographing in and of itself. In a teasing and semi-surreal manner, “techniques of the self” are most apparent in Oblivion's Exercises, where the artist presents the mysterious process of “unlearning” in a Berlin apartment, forgetting and reversing, using absurd poses: a female body inverted with a skirt (Upside Down), under the sheet (Bedded), or overhanging on a tabletop (On the Table). In a recent series, Metamorphoses is the Only Grace Offered, we learn about Greek rituals, family and social games that attest to reality (e.g. Tsantalina Mantalina), metaphorically representing Greek mentality and the current situation in Greece, presented earlier as part of the Greek-German project Tempus Ritualis, a search for a new definition of time-space and a reconstruction of identity. In End And, the protagonist of the extensive photo-series throws herself on the bed, rolls around, does awkward exercises, plucking and scraping the paint off the wall, thus creating an artwork, a drawing, a psycho-physical map of the subject: her-self.