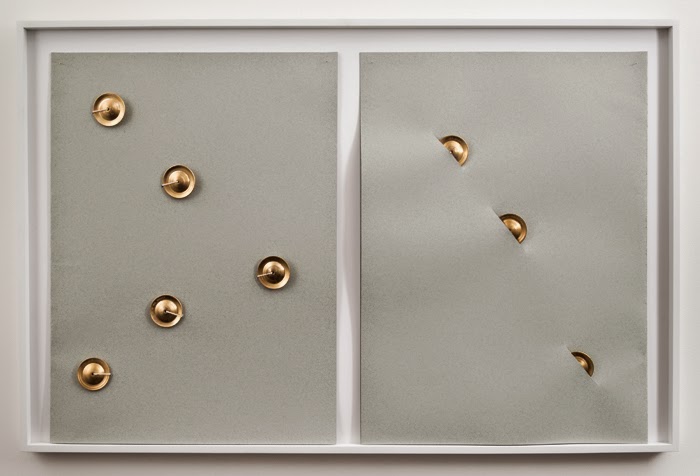 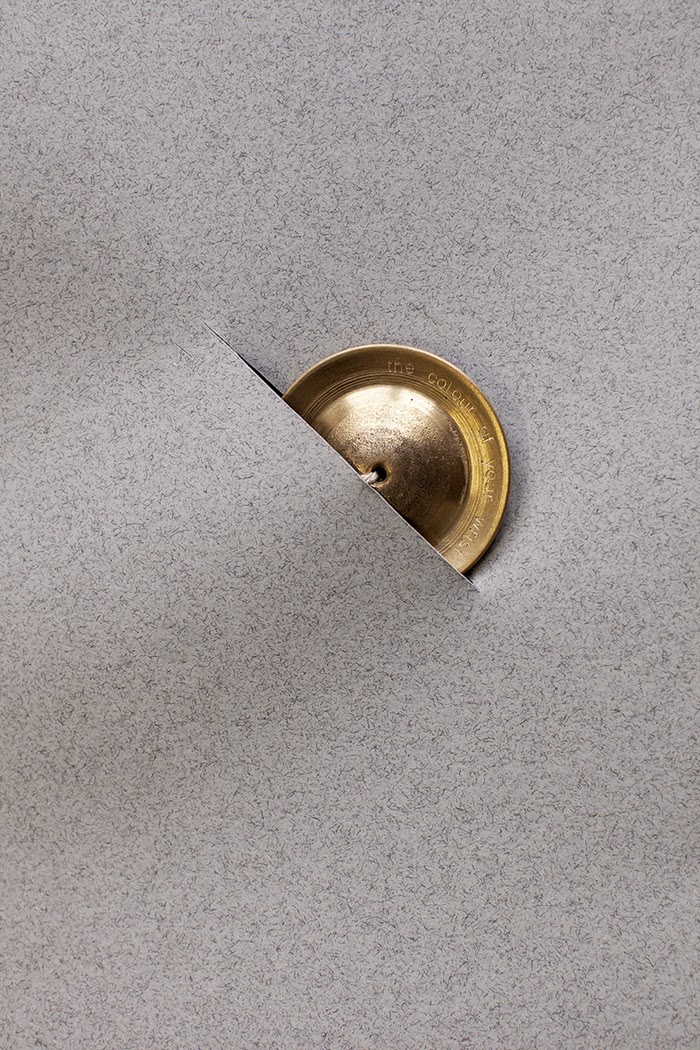 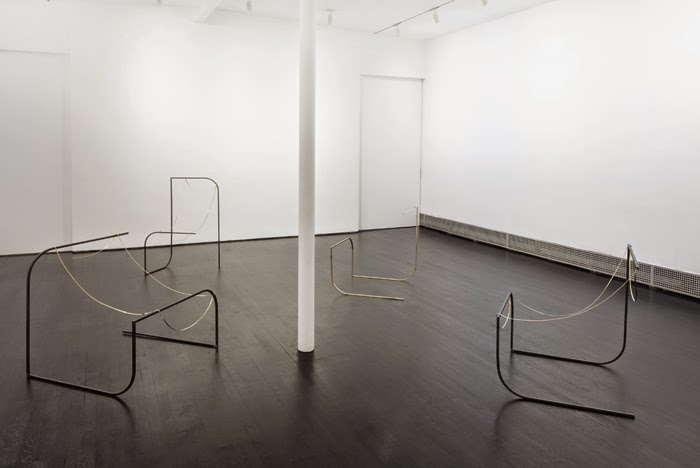 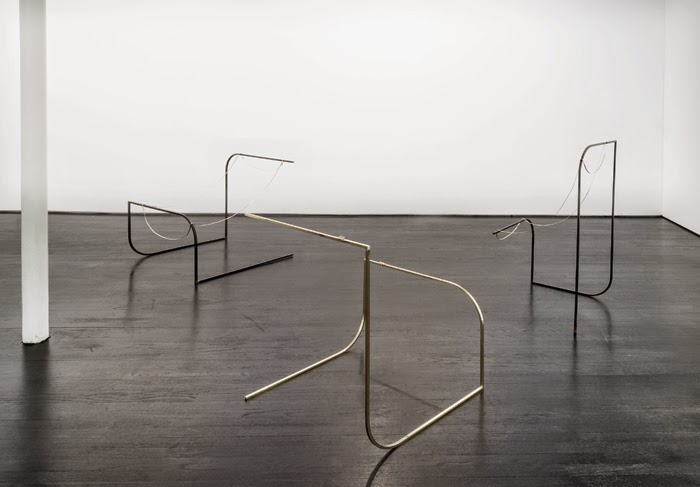 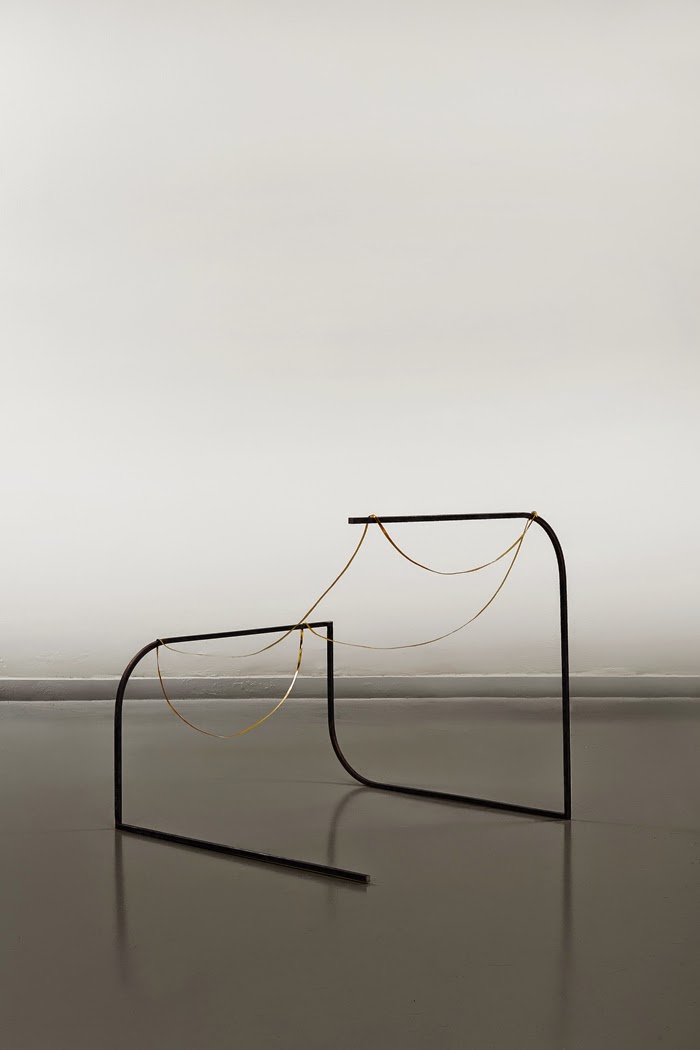 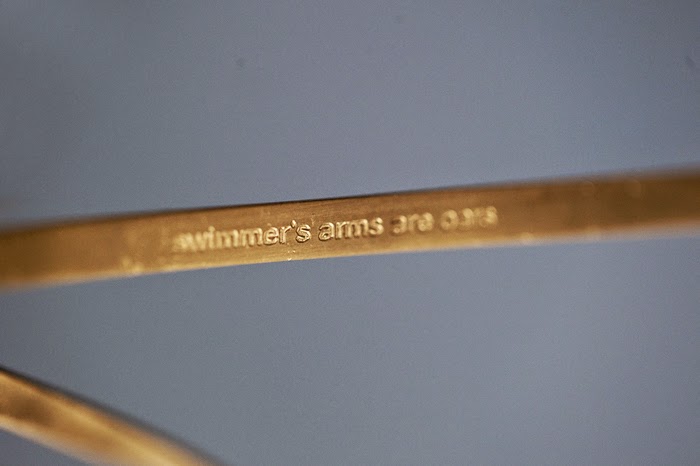 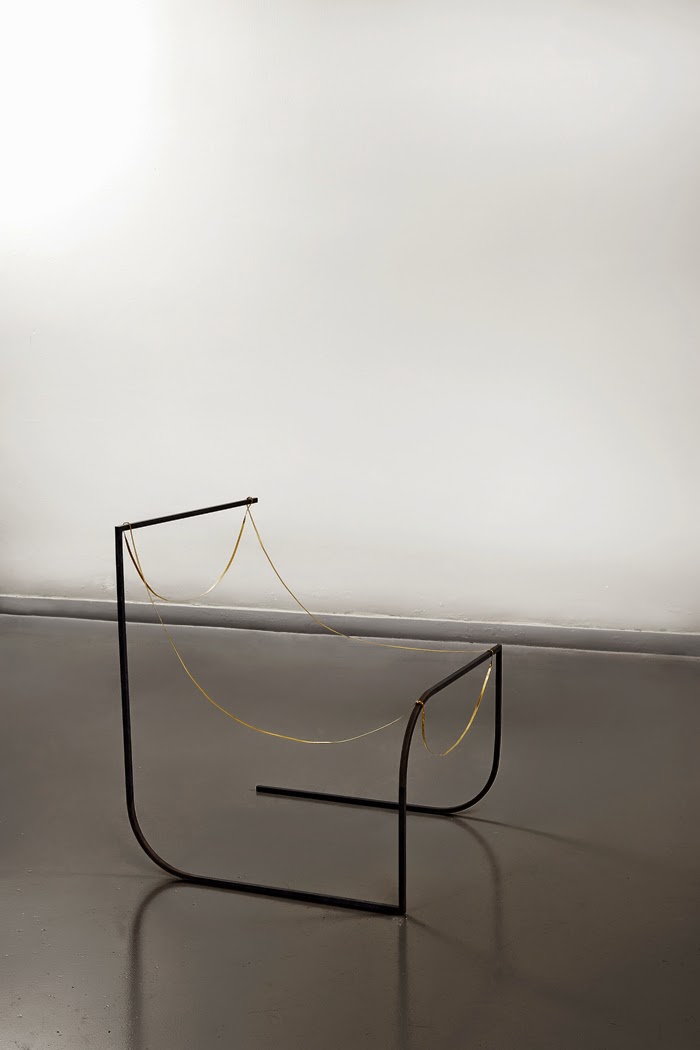 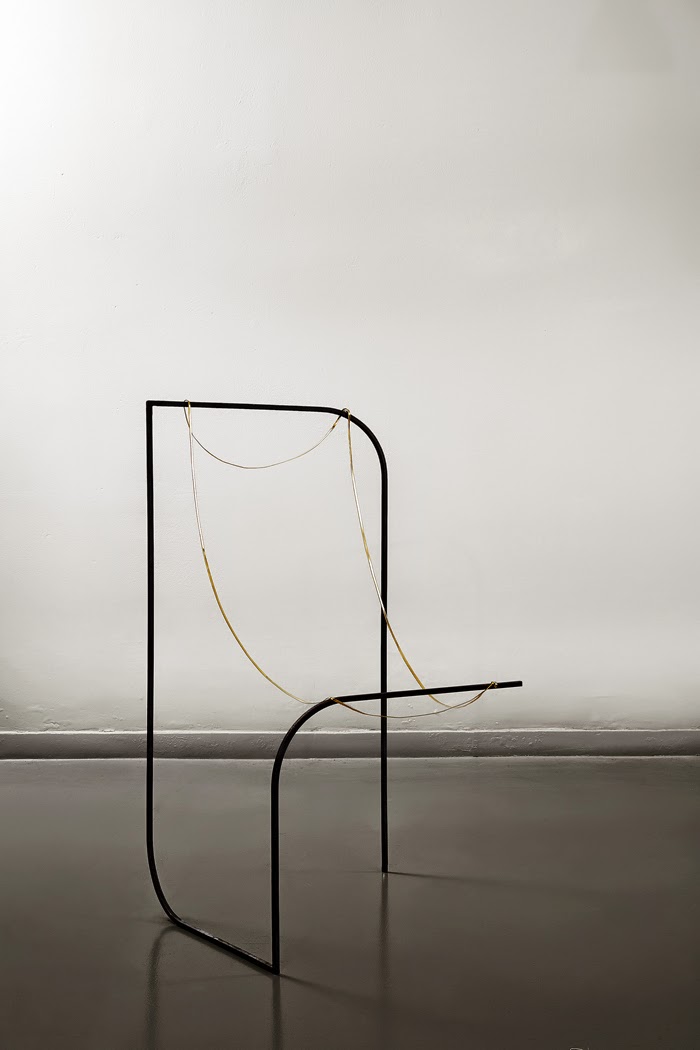 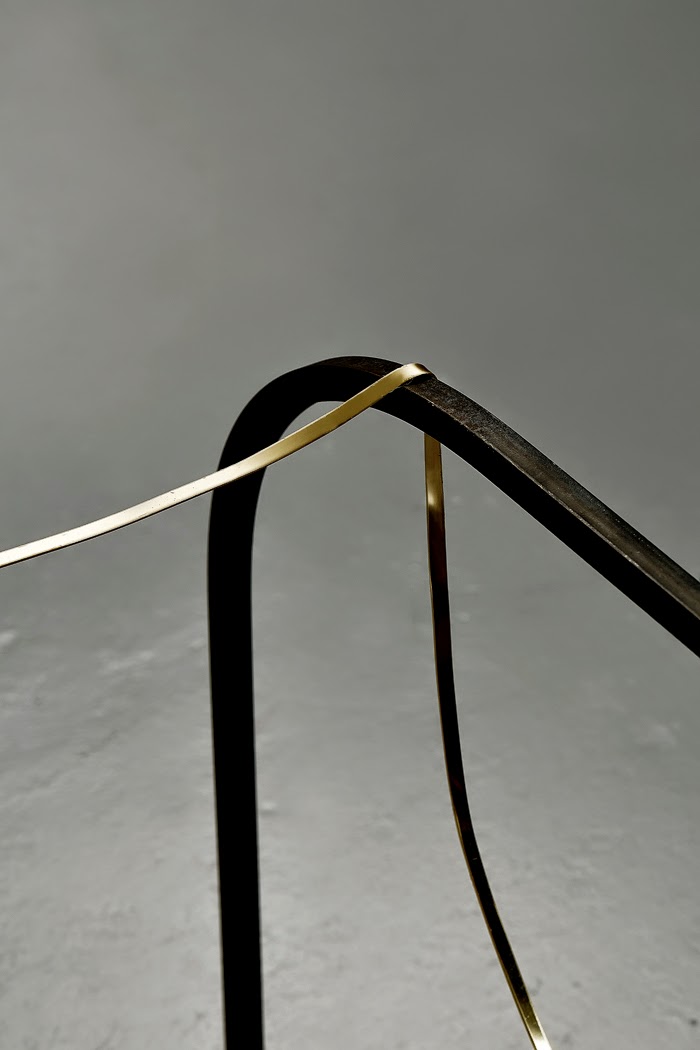 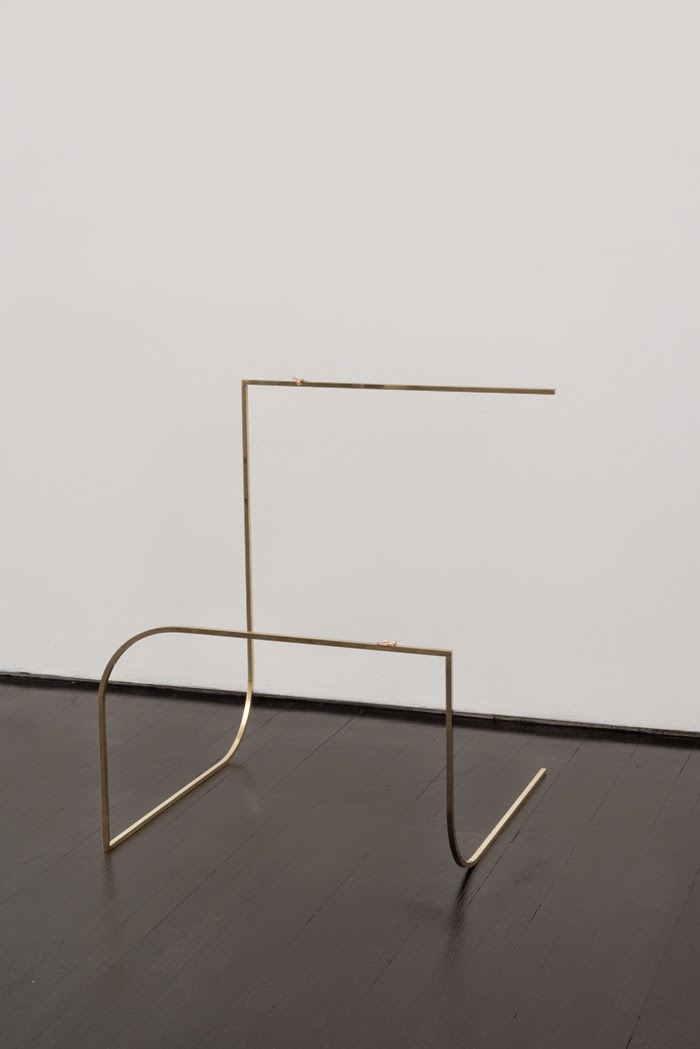 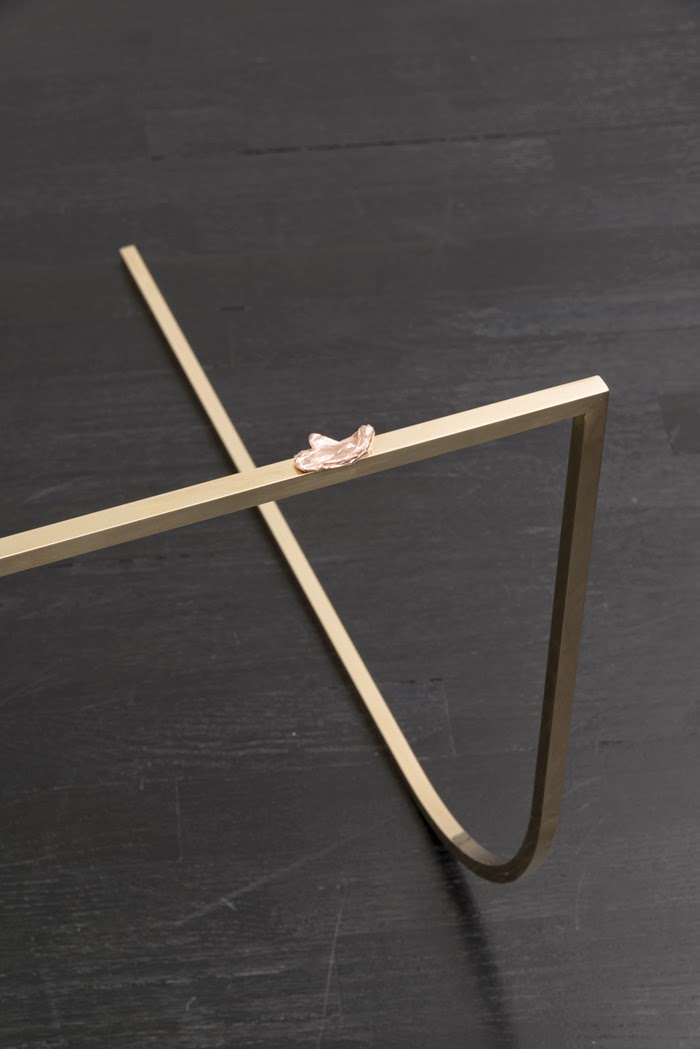 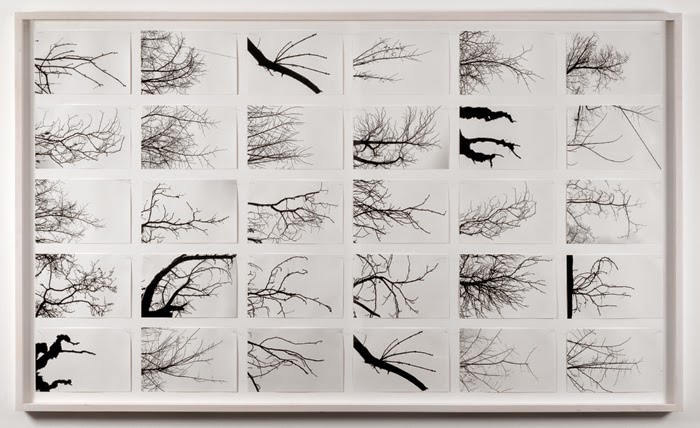 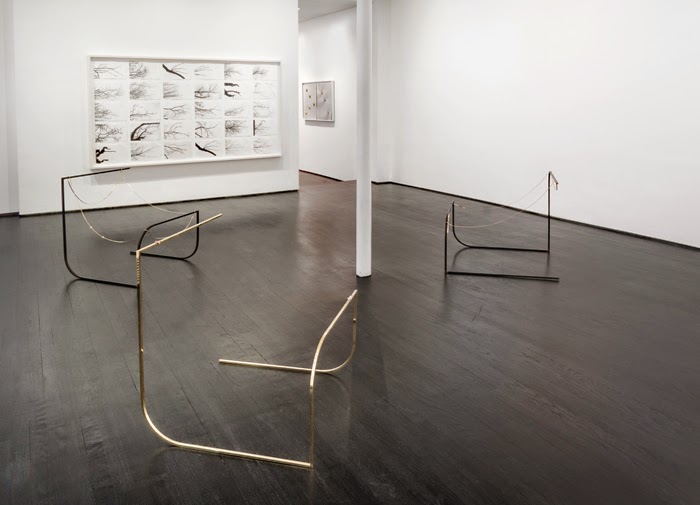 On Stellar Rays is pleased to announce the opening — on Saturday, April 4 — of Athanasios Argianas’s exhibition Swimmer’s Arms Are Oars. This is the gallery’s second solo exhibition with the artist, presenting a new series of his known Song Machine sculptures in steel and brass, photographs and related works on paper.

When read aloud, the title of the exhibition, Swimmer’s Arms Are Oars, has a particular sonic quality – the textures of s and w, fricative zee sounds, the word oars itself – that abstracts meaning into form, in a lyrical and playful manner. How the affective and emotive qualities of sound transform language and environment is one of the central issues in Argianas’s work.

A swimmer's arms becoming oars suggests a metaphor for the transformations we undertake through our lived experiences: a process of adaptation and transformation tracking our daily life, how our habits and movements shape us physically and behaviorally, and ultimately presents an abstracted idea of form that is based on a more intuitive model of experience, similar to how we listen to music.

Argianas began the Song Machine series in 2005, the basic form being linear structures in steel wood or brass, often draped in fluid ribbons of curved brass, and etched with text written by the artist. It alludes to the viewer’s body, weaving language throughout space and inviting the viewer to navigate around the work – suggesting an endless cyclical duration. Swimmer’s Arms Are Oars features four Song Machines based on the geometry of the seated body, specifically the dimensions of chairs, such as a modern cube armchair, a high back chair. The fourth sculpture (Mute) Pause Series No. 1 (gum) deviates from the others: it is made entirely of polished brass and contains no text. Instead, two casts of chewing gum in bronze and pink gold were made in place on the edge of the sculpture.

A sequence of photos of tree branches originate from a performance that took place in the gallery for Performa 2013, Branching Music (Under The Trees, Above You), in which slide images of the branch photos were used as musical notation for a Theremin. The photos are essentially the score for musical composition, and like the Song Machines, articulated by the shapes and lines found in our immediate environment. Additional works on paper suspend cymbals in paper, partly-hidden and engraved in text – alluding to a button, a wrist, partly-covered in the sleeve of a shirt, partly-tanned after a summer. These intimate drawings are succinct examples of a visual and aural poetics that permeate all of Argianas’s work, promoting a heightened sensitivity and attentiveness to the fleeting and ephemeral beauty of an actual, or imagined, experience of the space between the senses.