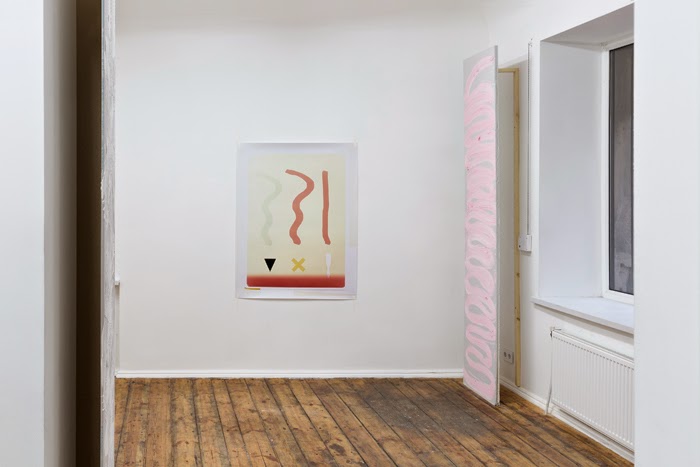 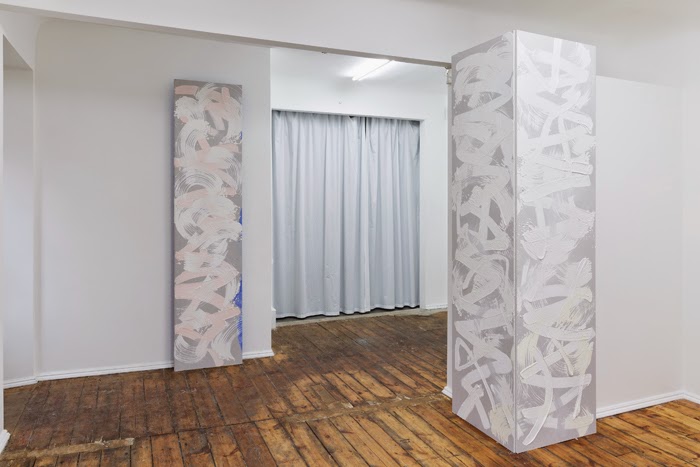 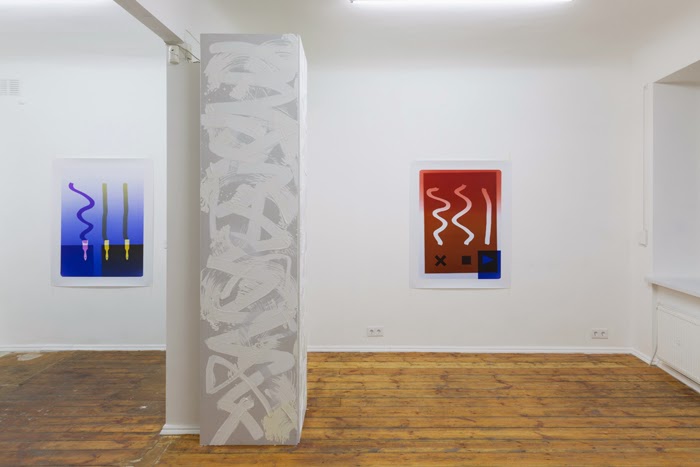 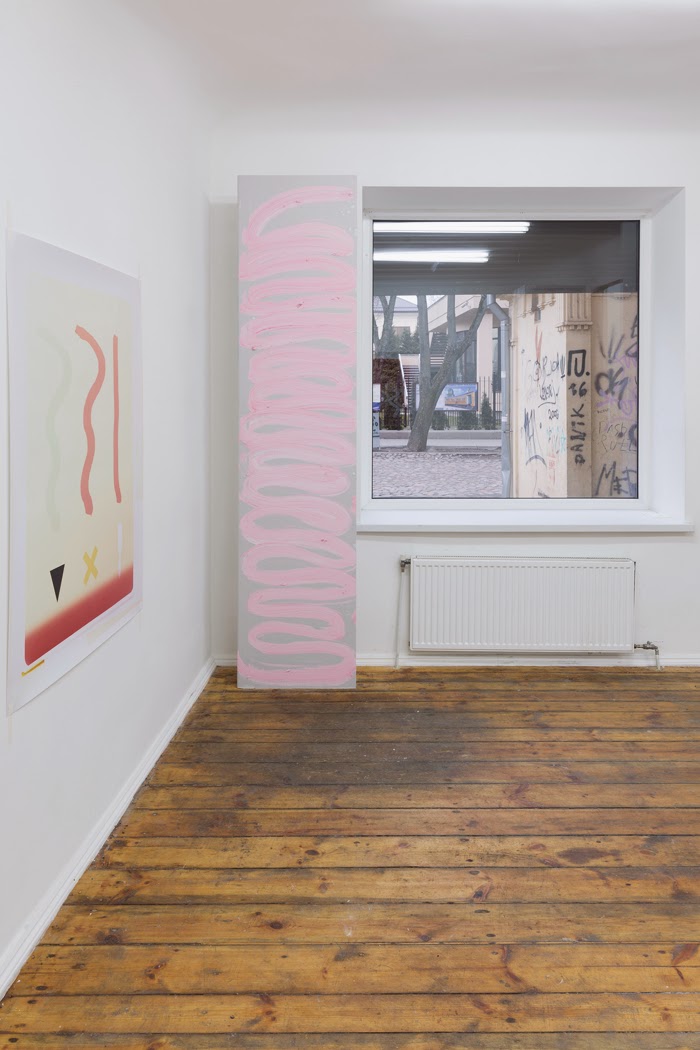 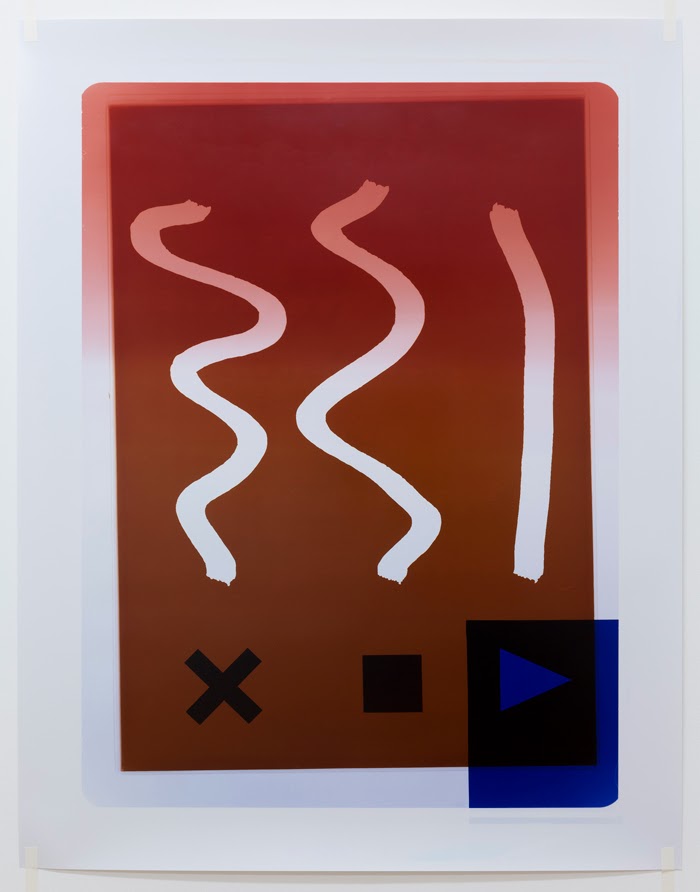 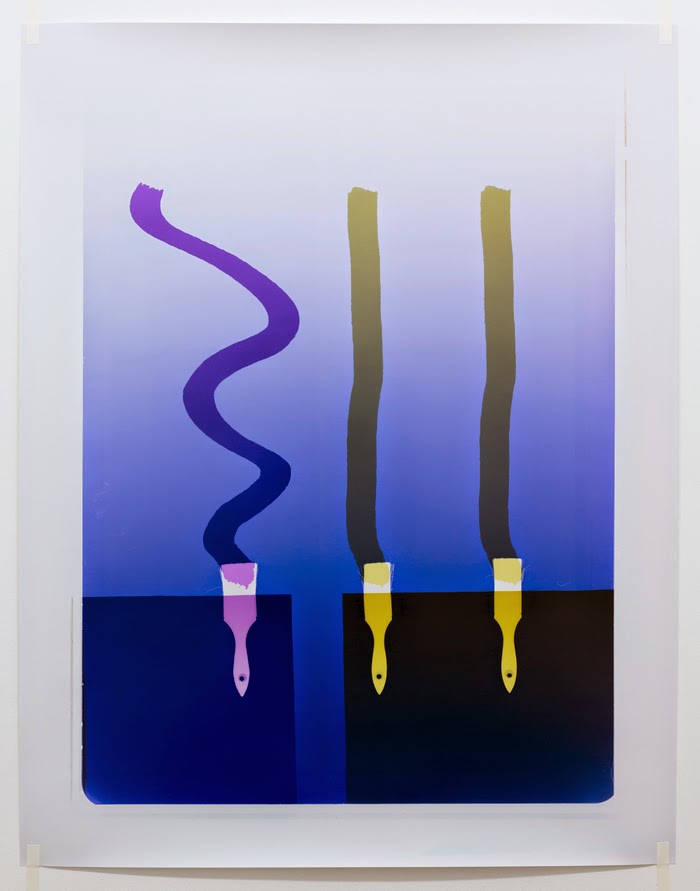 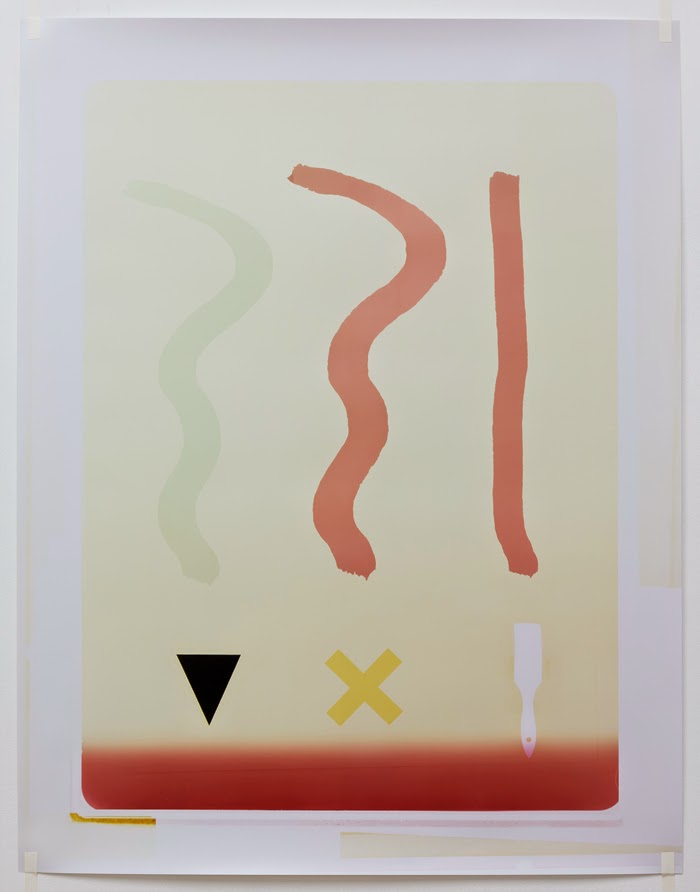 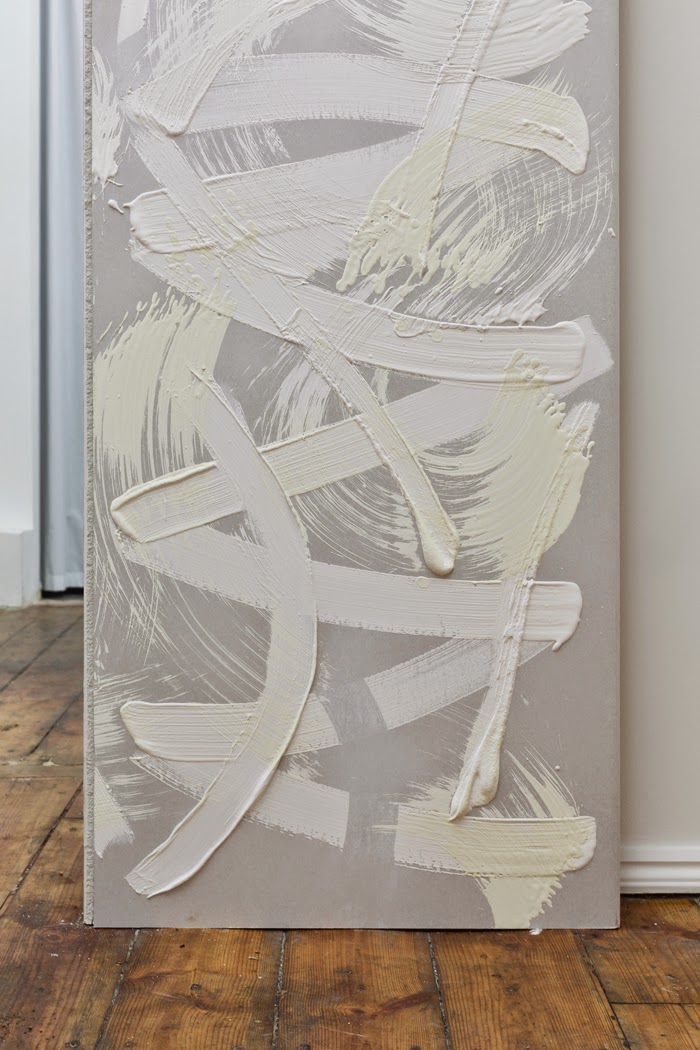 Comprised of prints and modular wall-like structures Glyph morphs a variety of
media  and  methods  to  test  their  defining  elements  as  rendered  through  the
employment  of various digitized and real  life brushes.  Made in an analogue
color darkroom the prints are done on photographic C-paper and build up from
multiple exposures of filtered light. They combine projected images of exported
Photoshop files with traditional photogram techniques where objects are placed
directly on the surface of the paper. Although the prints are highly layered the
photographic paper leaves them absolutely flat and conceals the choreography of
their production. The flatness of the prints is contrasted with the lushness of the
textures applied to the wall-like structures. Distributed throughout the space and
worked over with a solution of pigments and plaster the structures record the
syntax of every movement employed.

Marianne Vierø studied at the Gerrit Rietveld Academie in Amsterdam and has been a resident at
the  Rijksakademie  van  beeldende  kunsten,  Künstlerhaus  Bethanien,  Berlin  and Triangle  Arts,
NYC. She has had solo shows  at PAKT,  Amsterdam (2012), Officin,  Copenhagen (2013) and
Fotograf Gallery, Prague (2014). She has participated in group shows such as Architectooralooral
at 1857 (2010) and  Protein Mix and at Henningsen Gallery,  Copenhagen (2012). She is the coeditor
of  Danske  Kunstnerbøger/Danish  Artists’  Books,  published  by  Møller/Verlag  der
Buchhandlung Walther König in 2013.

FOUR TO SEVEN or 427 is an artist-run gallery that was opened in April 2014. It’s established by
Ieva Kraule and Kaspars Groševs.  It  is  located next  to the Jesus church, the biggest  wooden
building in Latvia.