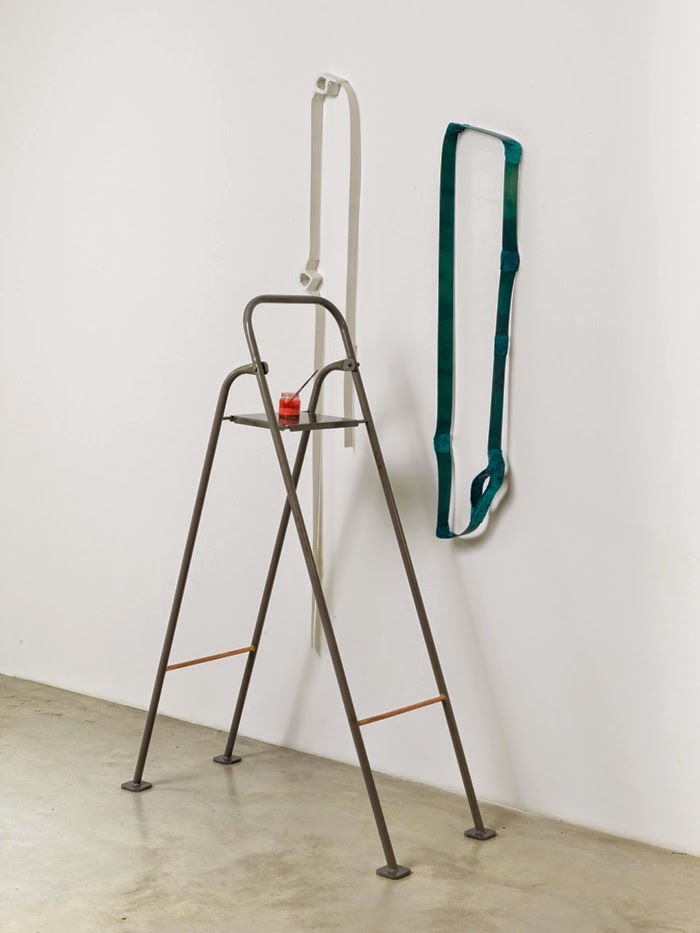 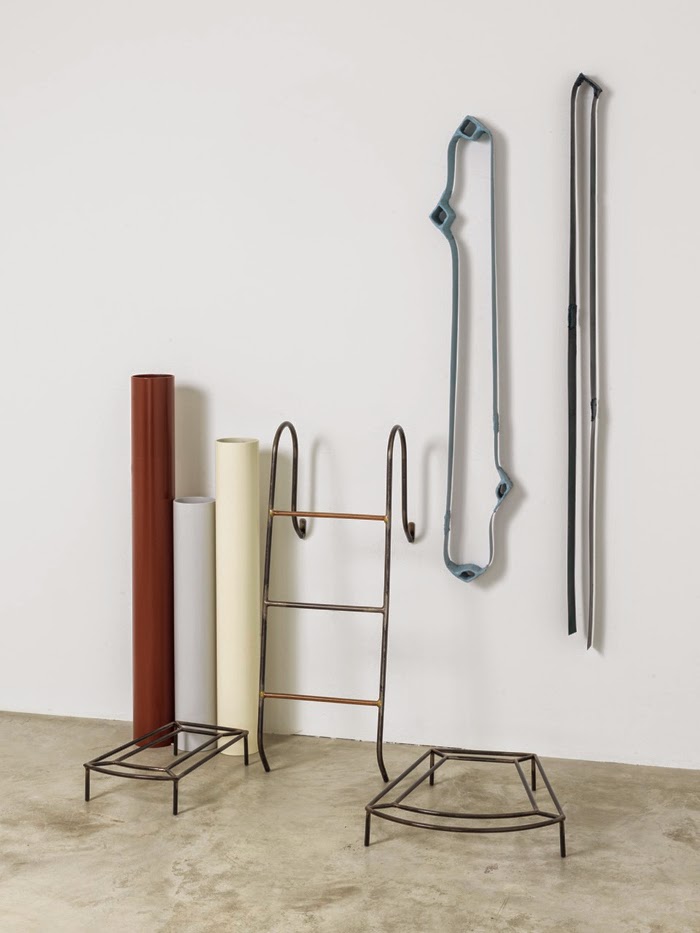 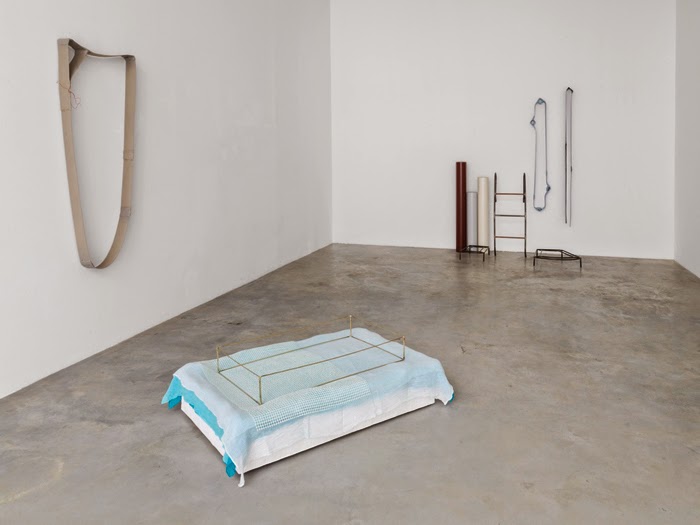 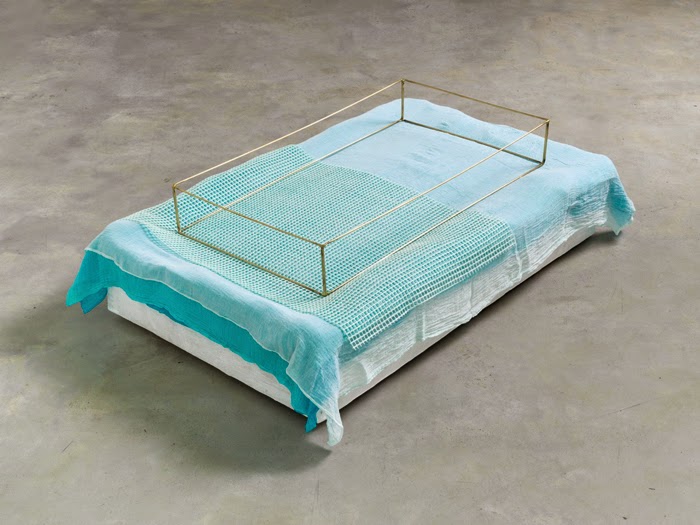 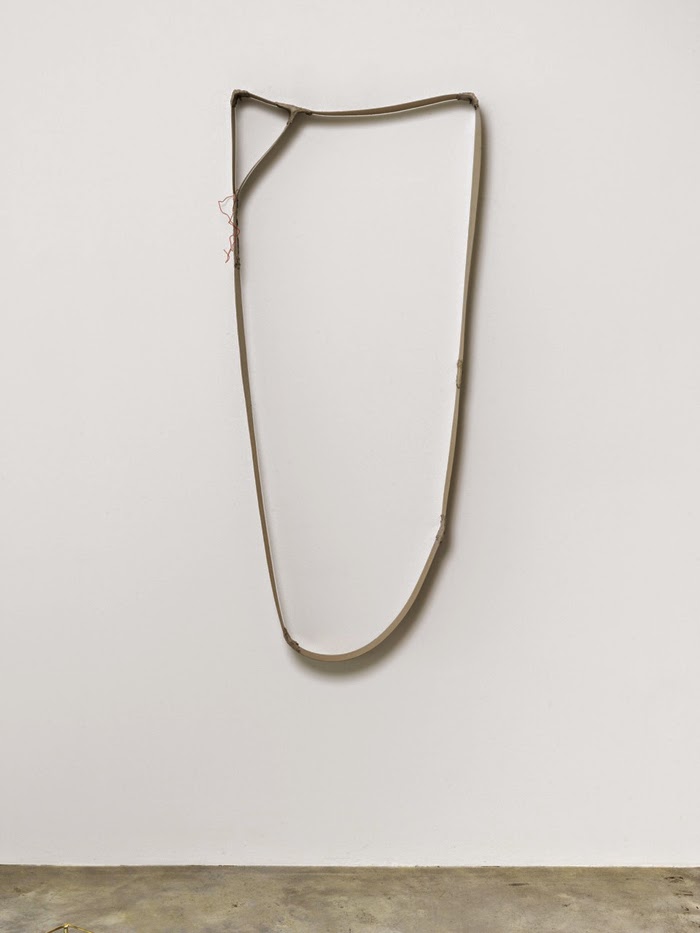 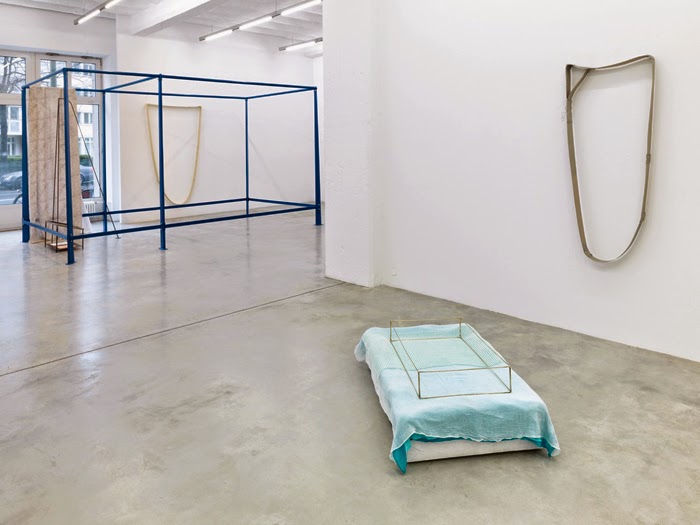 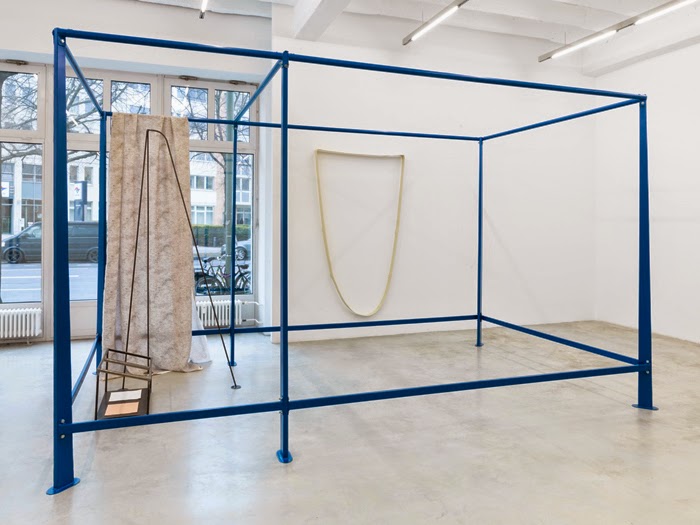 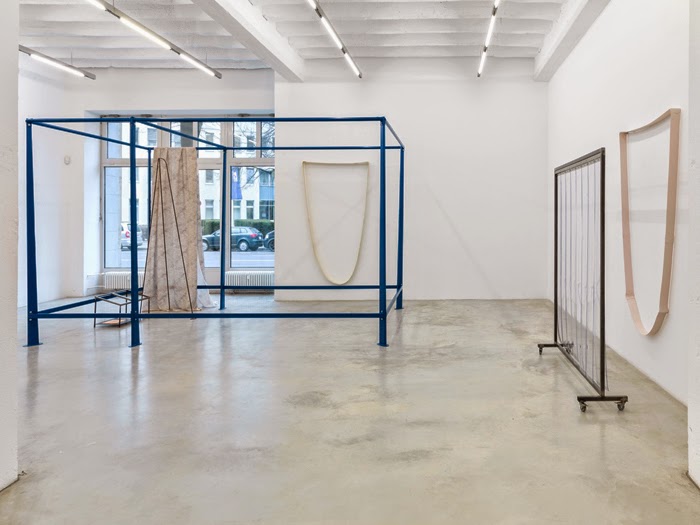 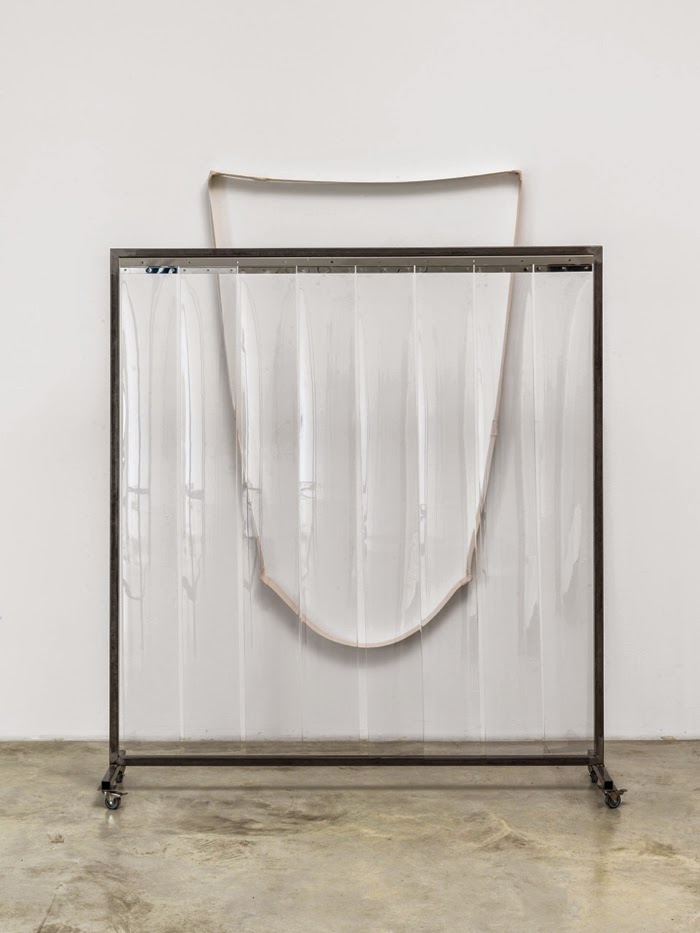 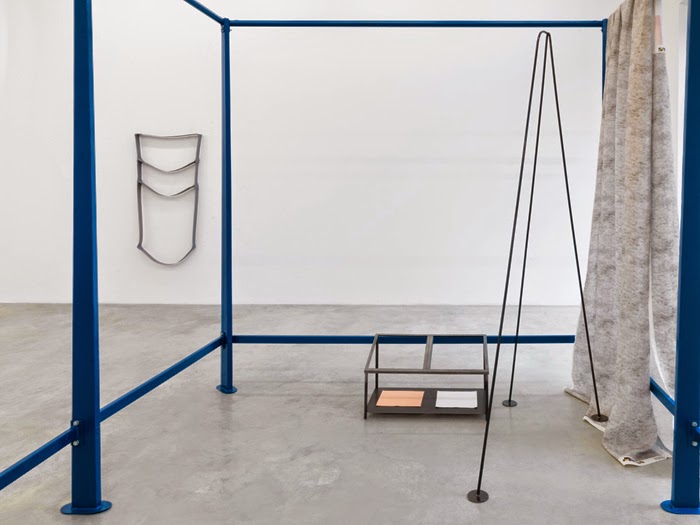 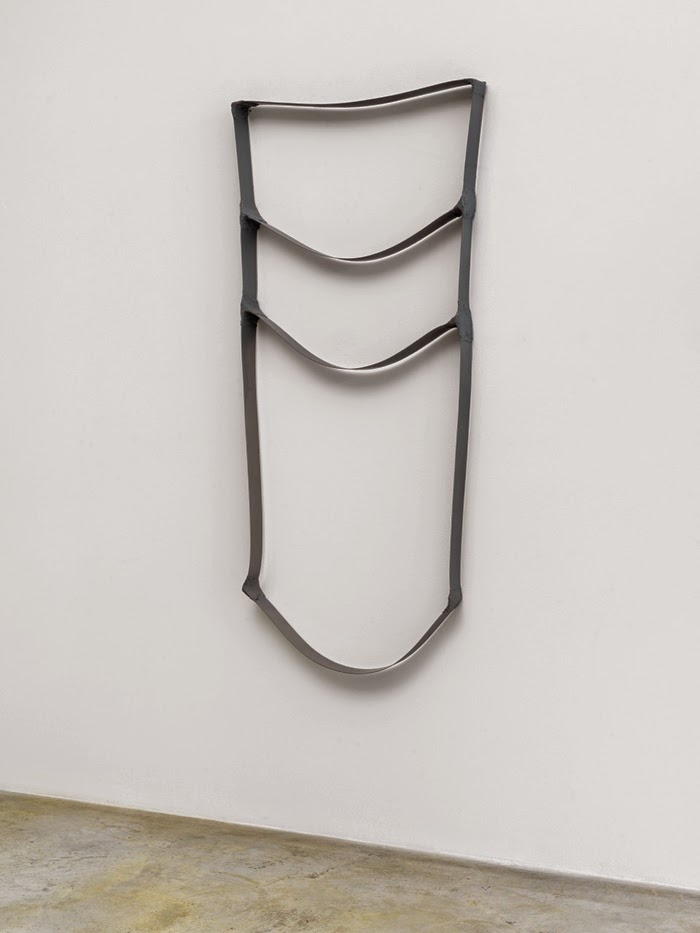 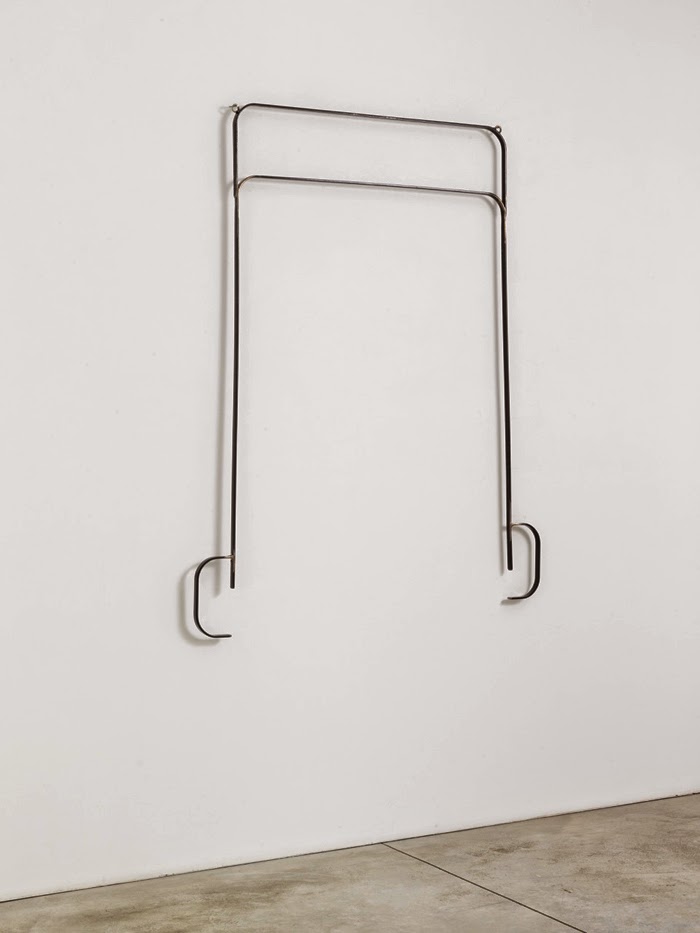 We are pleased to announce “light on a leaf”, the first solo exhibition of Aleana Egan's work at Konrad Fischer Galerie. The title of the exhibition originates from Mary Butts's 1928 novel “Armed with Madness”, which also forms its latent undercurrent. “light on a leaf” opens on Friday 13 March and runs until 18 April 2015.A sense of an unobtrusive day-to-day existence is reflected in the installations that Aleana Egan produces. Garments and textiles, chairs and ladders, felt, cardboard and metal come together in works that at first sight evoke a multitude of common associations and meanings but then slowly come to rest in an enormous silence. Here they seem like boundary marks, outlining and revoking places, talks, interactions on the one side, mutely suggesting a pause, a shade, an emptiness on the other. The artist's continuous engagement with literature firstly, but also with film, architecture, painting and design acts like a filtering mechanism, a slowing down process that enables her to capture more fully the moments of inspiration and arrest.The initial sources may be external, but the works rely profoundly on an awareness and inclusion of personal and emotional knowledge, a generative mining of memory. The triggering of the memory in such a way that something that we did not realize we knew, something that had not yielded to words before, is revealed, may well be one of the greatest potentials of this work. Aleana Egan (b. 1979) studied at The Glasgow School of Art. She lives and works in Dublin.