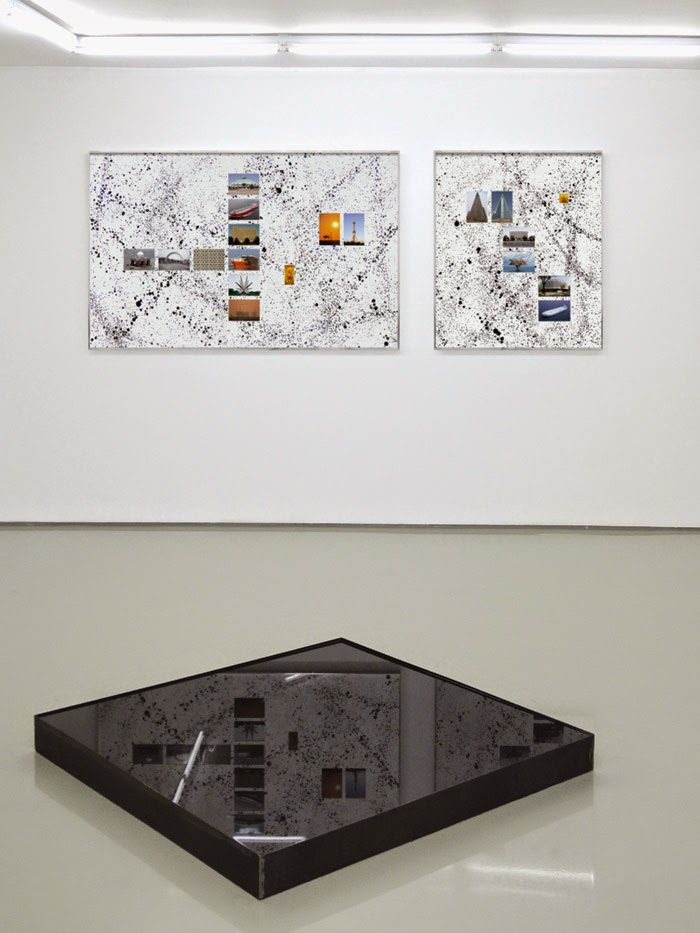 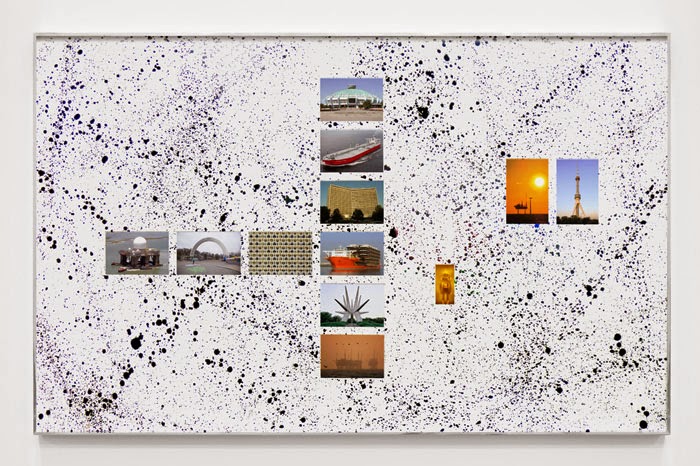 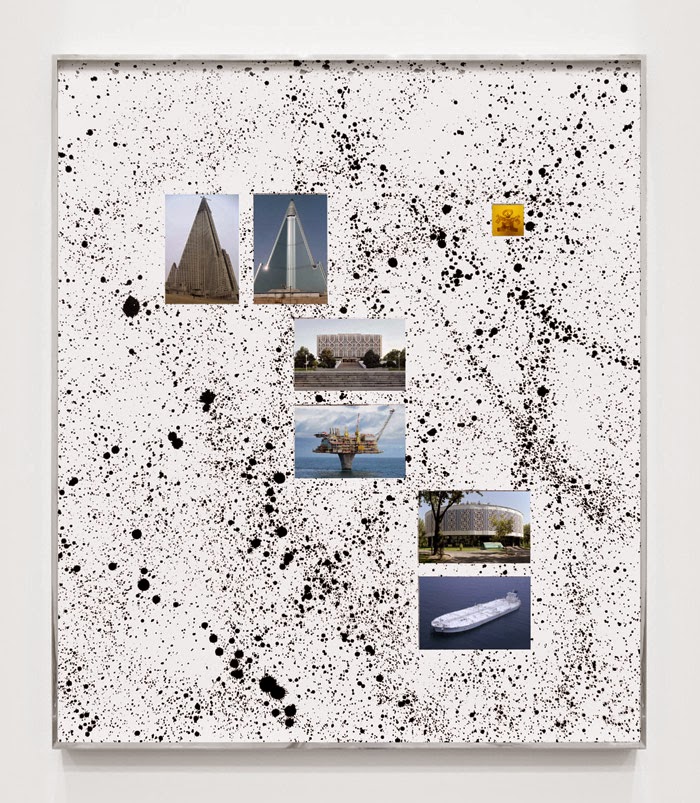 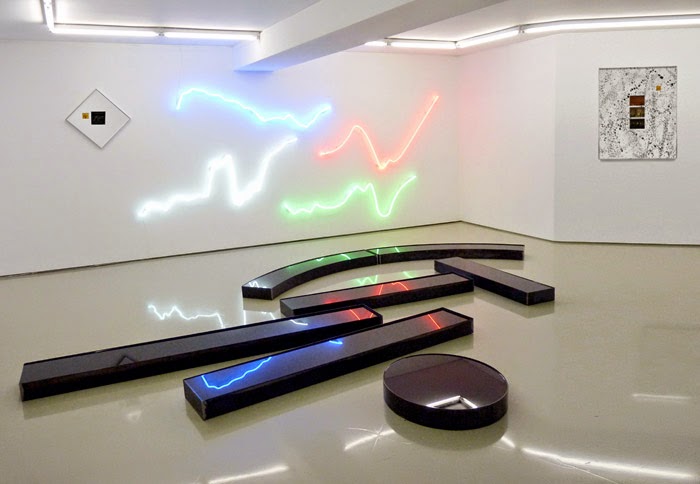 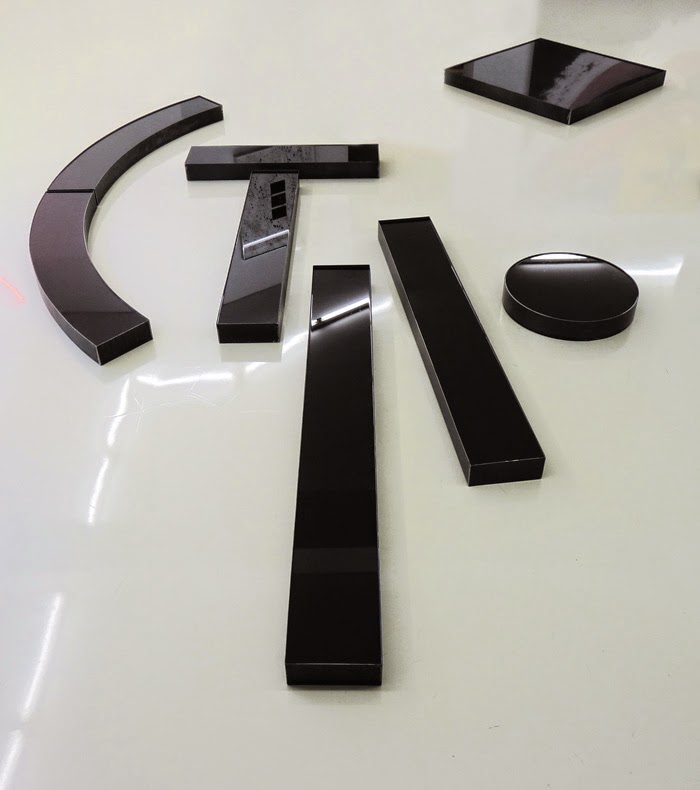 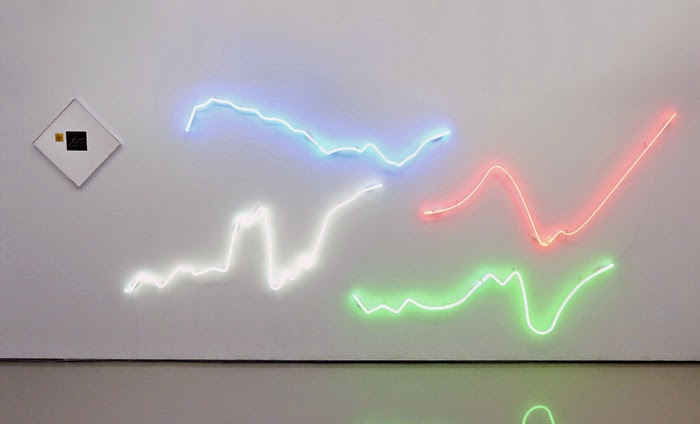 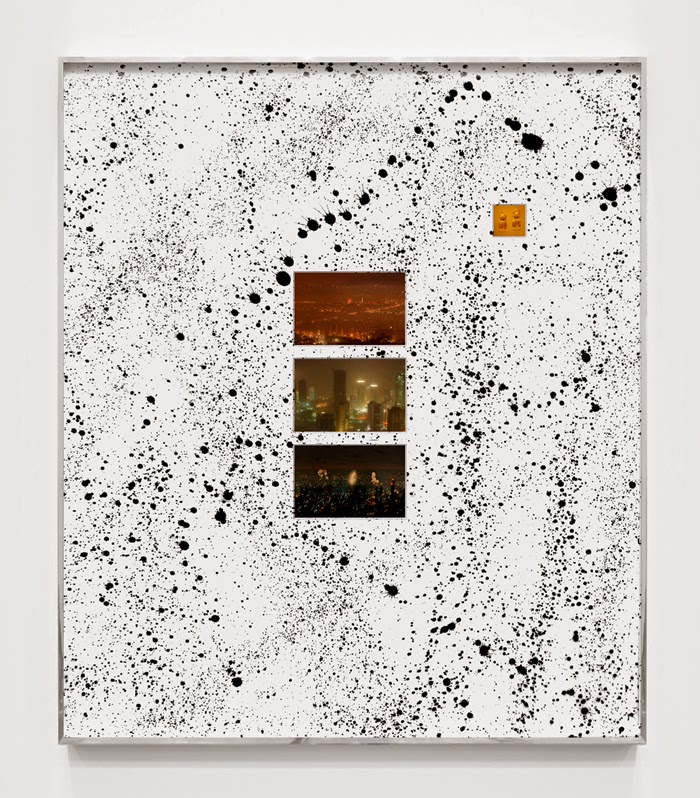 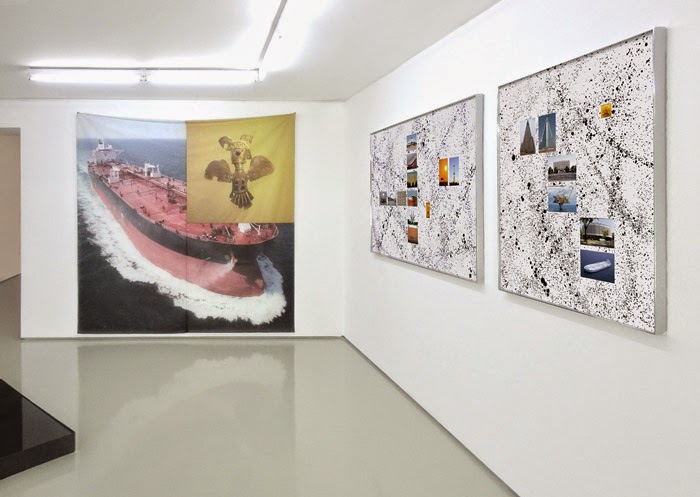 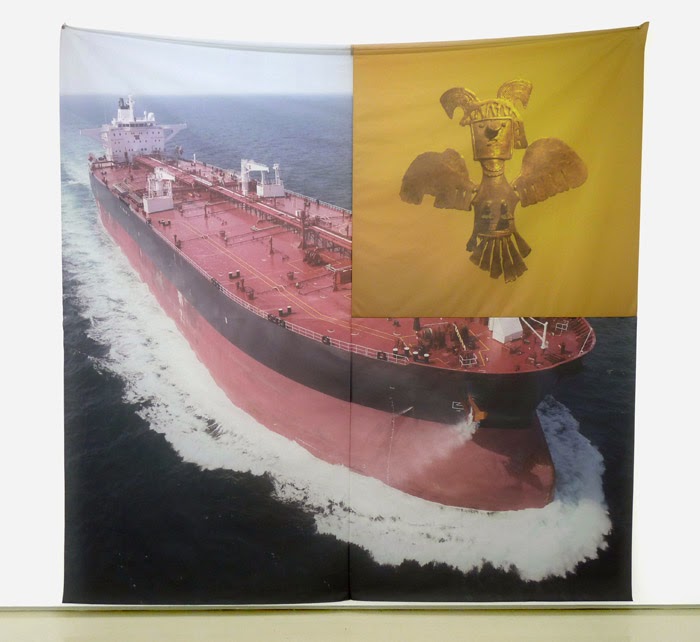 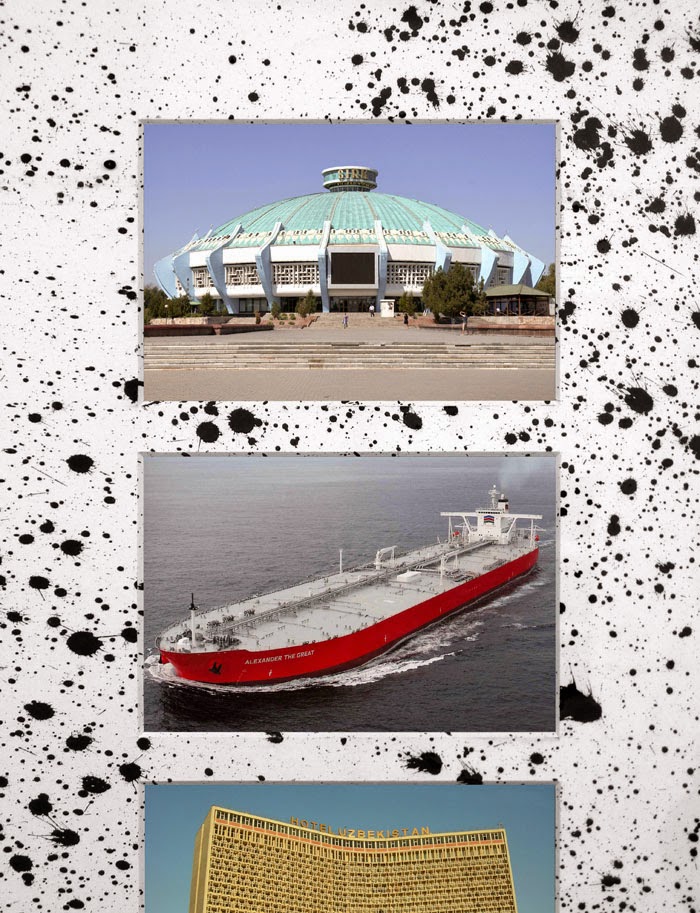 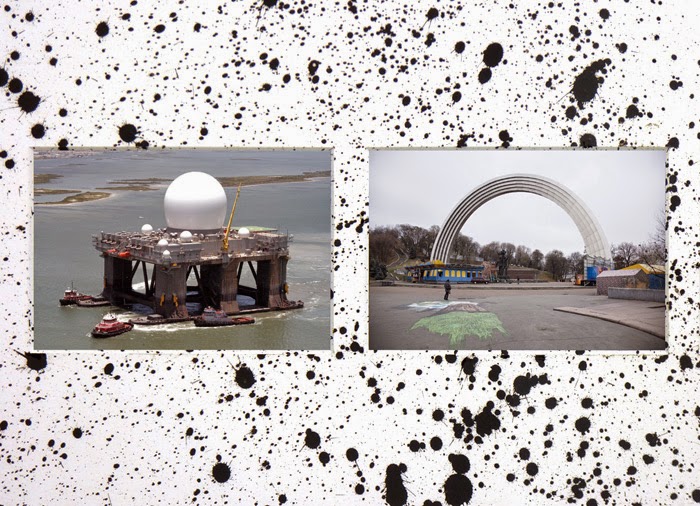 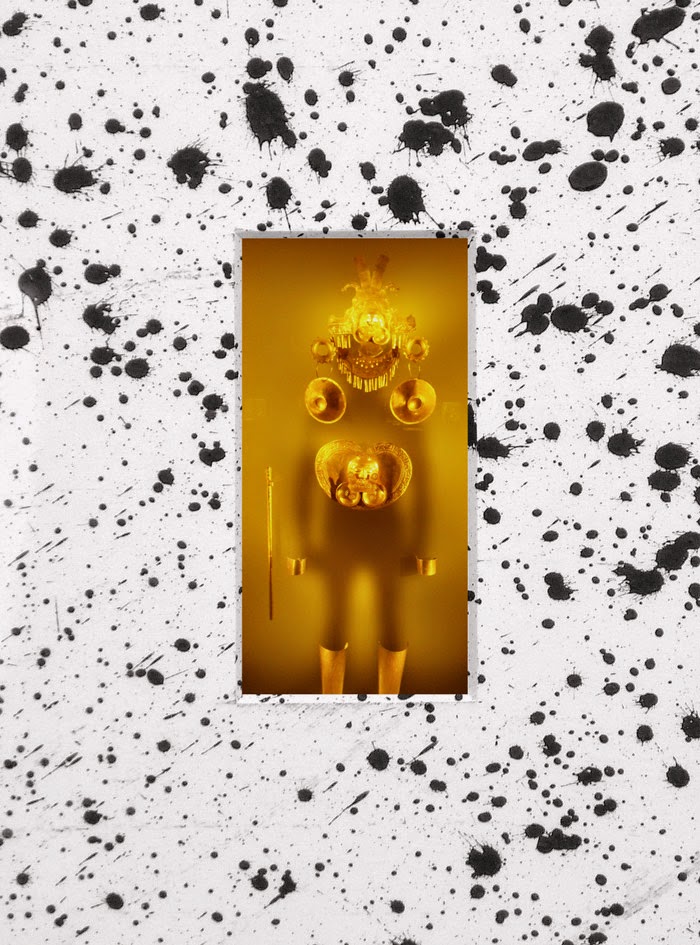 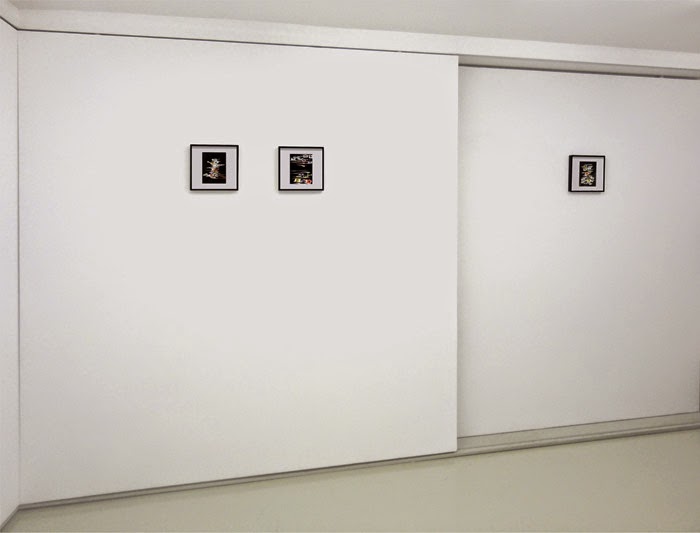 In his second solo show at CAN gallery Manolis Daskalakis-Lemos presents two approaches of envisaging the future featuring the modernist ideal versus oil as the two dominant conflicting symbols. Using materials from capitalist culture he creates a series of poetic images that blend the dream of acquiring rapid wealth and the failure of modernist utopia with the myth of El Dorado.

In a society where art is traditionally seen as useless Daskalakis-Lemos is based on family narrations and personal references in order to take us from the specific to the catholic and back. Celebrating and aestheticizing oil extraction, its trade and its byproducts, he creates a new poetic narrative that may use humor as its tool but in no way undermines his true will to challenge us to consider the world and ultimately change it. Manolis Daskalakis-Lemos’ art is not only an art of researching, cataloguing and displaying but one of finding the true poetics that lie in everyday life and one that is ultimately awakening. His aim though is not to be confused with any kind of rejecting art for activism or even art activism. Quite on the contrary he uses art’s poetics as his most fearful weapon to inform and provoke, trigger and arouse.

Interestingly his critique starts with a floor sculpture that is inspired by Malevich’s suprematist drawings referencing the phenomenon of the Russian avant-garde which famously wanted to change the world by artistic means. The metal tanks that lie on the floor are filled with oil that reflects the lights and works of the show. Similarly, this work sums up his own theoretical  reflection; The blend of oil as a symbol of capitalist thought and culture with a suprematist-like design traditionally associated with ideas of spiritual purity and the russian idea of aestheticizing commodities as a means to make them more attractive and seductive to the user, and thus turn art to a powerful political tool brilliantly exploited by the Soviets.

However, Daskalakis-Lemos’ aestheticization of oil here is not purely a political one. It does not aim to make the product (oil) more attractive to the user. It already is that. His aestheticization serves an intellectual purpose. It’s an artistic aestheticization; it means the defunctionalization of the product and the violent annulation of its practical application and use. It does not fuel any engines nor it produces any energy. Its use is iconoclastic; used for its beauty, its deep dark color and reflective qualities. Stripped from any practical purpose, it is reduced to pure form. Its a propaganda tool and a tool that serves to question and provoke. His use of it is both an aesthetic (artistic) defunctionalization and an iconoclastic (pragmatic) annulation.

As Boris Groys argues “In an art context, to aestheticize the things of the present means to discover their dysfunctional, absurd, unworkable character—everything that makes them non-usable, inefficient, obsolete.” Think of Duchamp’s Fountain or Bottle Rack. Taken out of context these famous readymades serve no longer a purpose. They are completely useless, yet sacred. Daskalakis-Lemos does not succumb to this modernist trap. Oil may not generate energy but it becomes a mirror in the sculptures that reflect the neon charts and then liquid tar is used instead of pigment in his splash-painting wall pieces. A blend of Jackson Pollock and a look at modernist architecture from communist and ex-communist countries in retrospect.

That is his version of what he jokingly coins ‘conceptual expressionism.’ A mix of carefully arranged fujifilm images referencing to modernist utopian buildings thoughtfully juxtaposed to oil extraction platforms and tankers and of course images of golden statues or statuettes from the Colombian Muiscas tribe that draw a parallel between this oil phantasy and the myth of El Dorado, the legendary hidden city of immense wealth which during the 16th and 17th centuries still fascinated Europeans, who searched for its treasure in quests that ended in the loss of countless lives and came to be used metaphorically in any occasion or place where it is believed that wealth can be rapidly acquired, used as a figure of speech to represent an ultimate prize or “Holy Grail”, something much sought after that may not even exist, or, at least, may not ever be found.

The use of this very metaphor entails the artist’s signature humor, interjected in most of his art as a form of sharp critique in disguise. Looking at the idea of being saved by oil, it is as if he looks in retrospect, imagining himself in the ditch of History, or at best under a post-apocalyptic rain. His neon light installation at the rear wall of the gallery takes a graph of the four main oil producing countries and breaks it upside down to minimalist forms with imaginary results, as if this whole phantasy has already collapsed, or as if it has already become a thing of the past. In changing the graph, he employs poetic and artistic operations as a means of changing history. Is this idea of petrol really a phantasy or perhaps a total nightmare? And what if things had gone just a little bit different?

Last but not least, in his video work Meandros and the Liquid Logo series Manolis Daskalakis-Lemos further manipulates and deforms a greek tanker and then the logos of the largest greek companies that manage and distribute oil around the world. These logos, as they are manually distorted in the scanner no longer serve as brand names but  are completely abstracted into forms. They become a radical symbol of change beyond the horizon of our present desires and expectations and comment on the randomness of our economy in relation to the randomness of the process of their making itself.

Is the phantasy of petrol a contemporary silent hysteria in our society or a utopian dream? And when did we really last dream about tomorrow? From a postmodern perspective, Manolis Daskalakis-Lemos looks at the historical period in which we live in from the perspective of its end.  It is always a crazy ride from utopia to dystopia and from idealism to pragmatism and vice versa. Do we still dream? Or did we perhaps quit a long time ago?