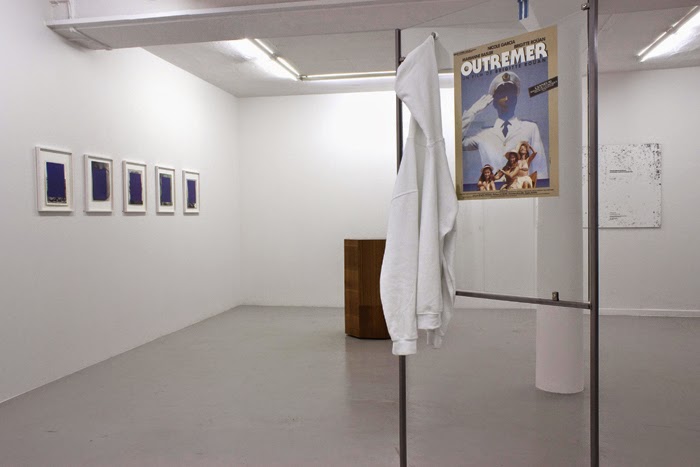 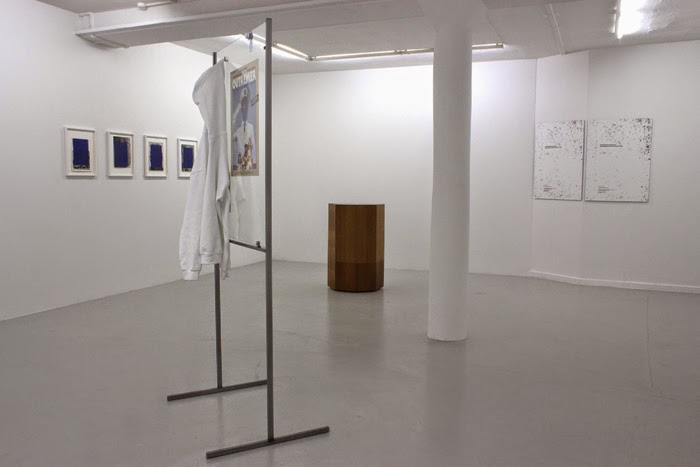 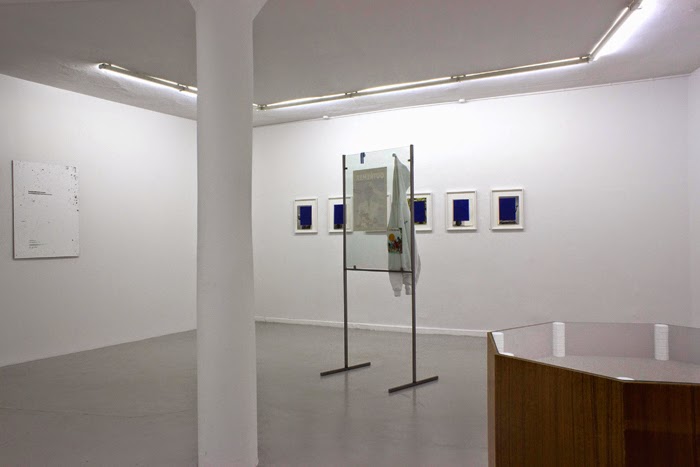 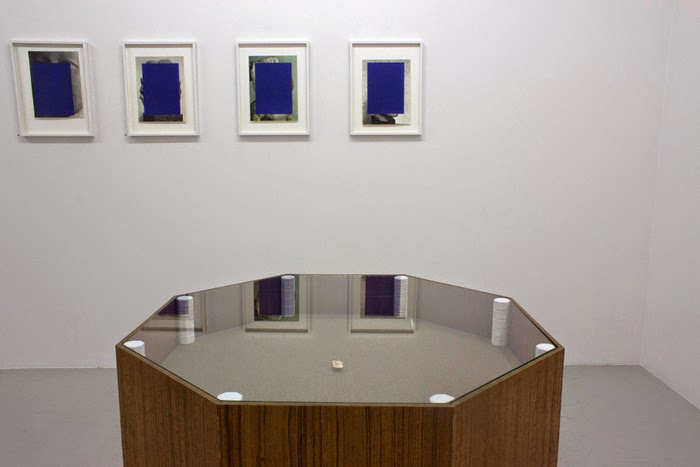 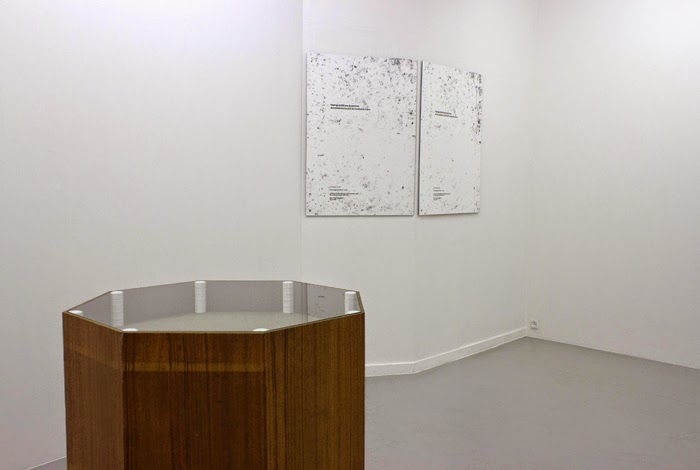 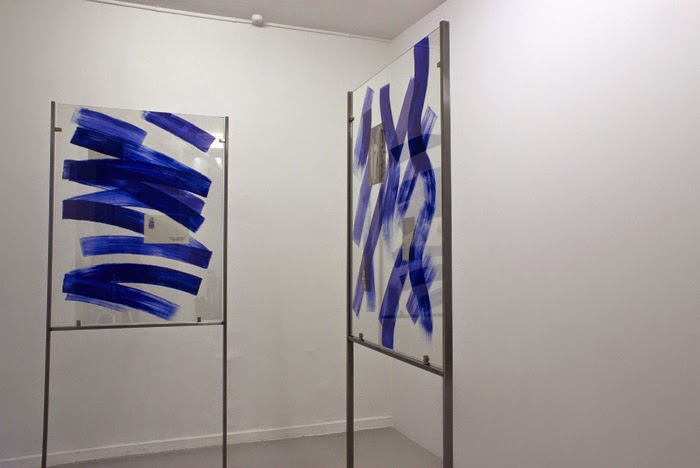 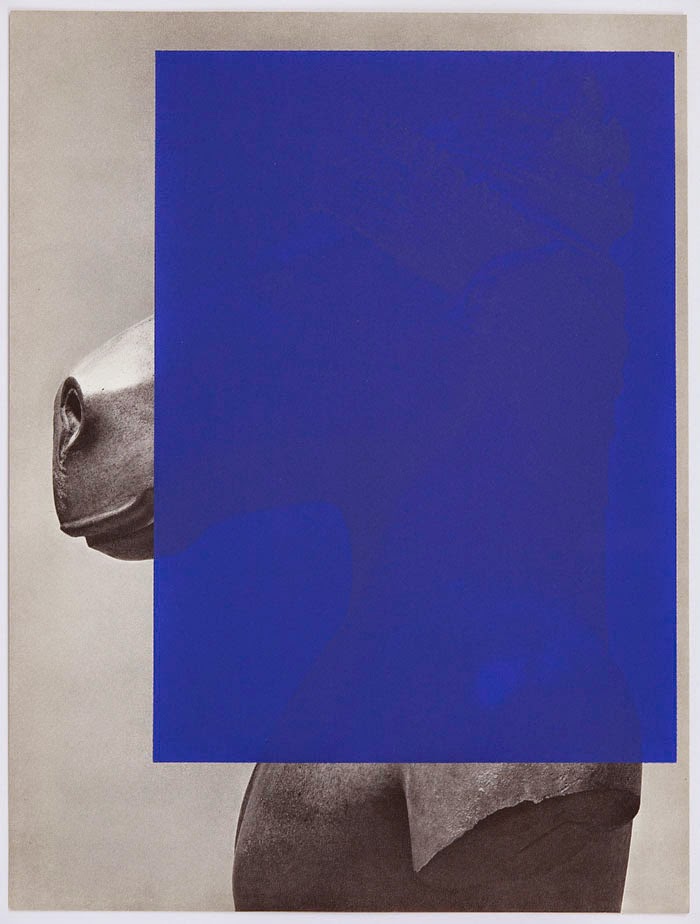 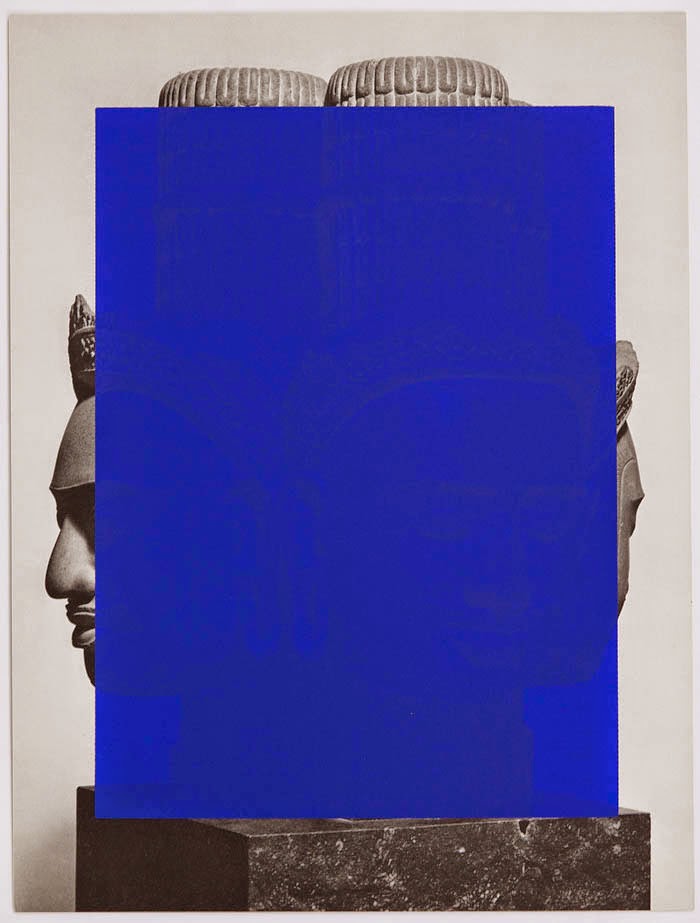 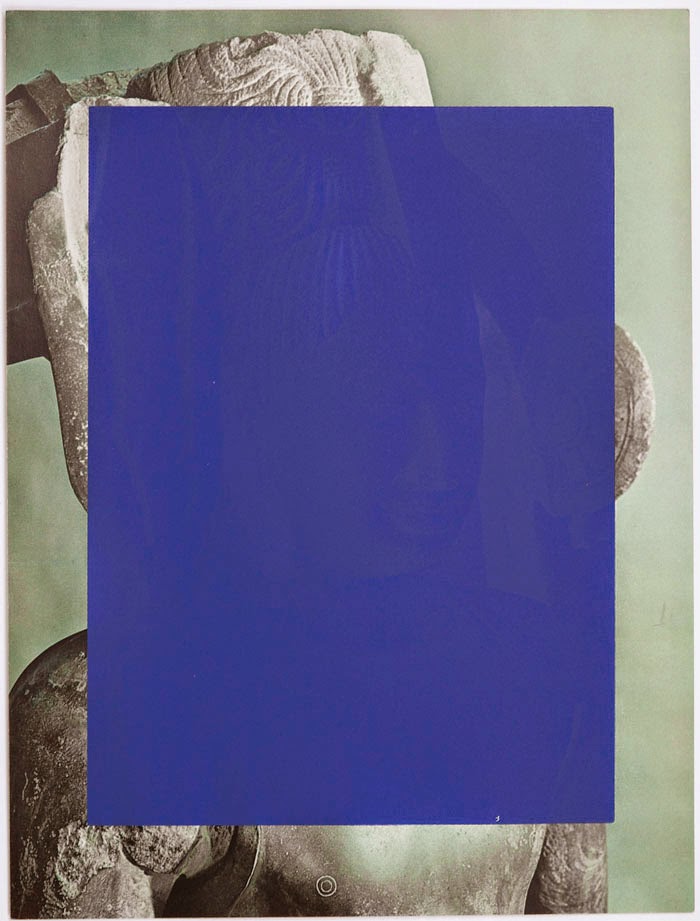 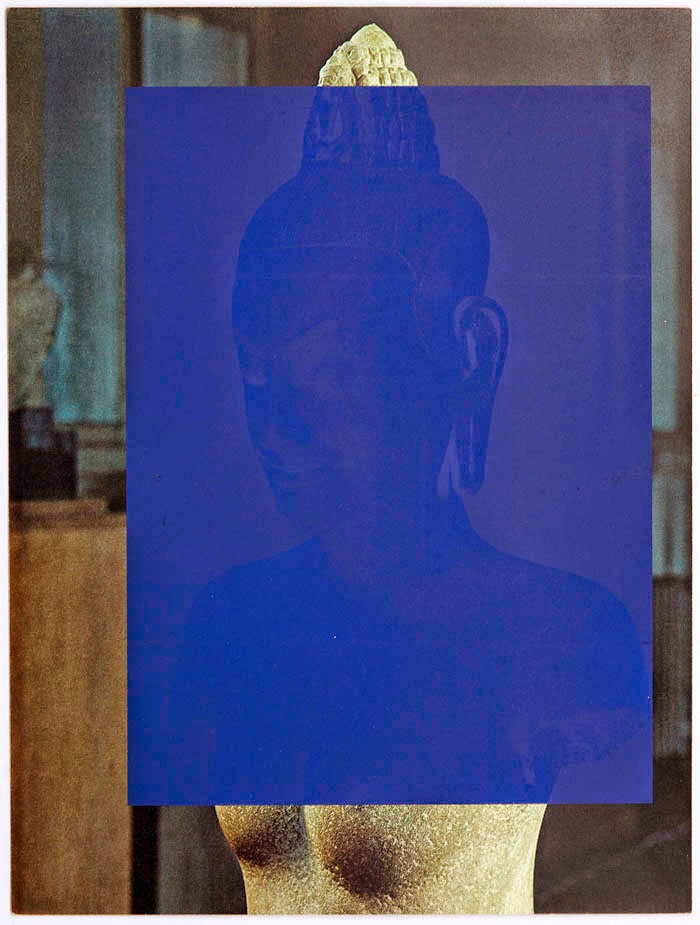 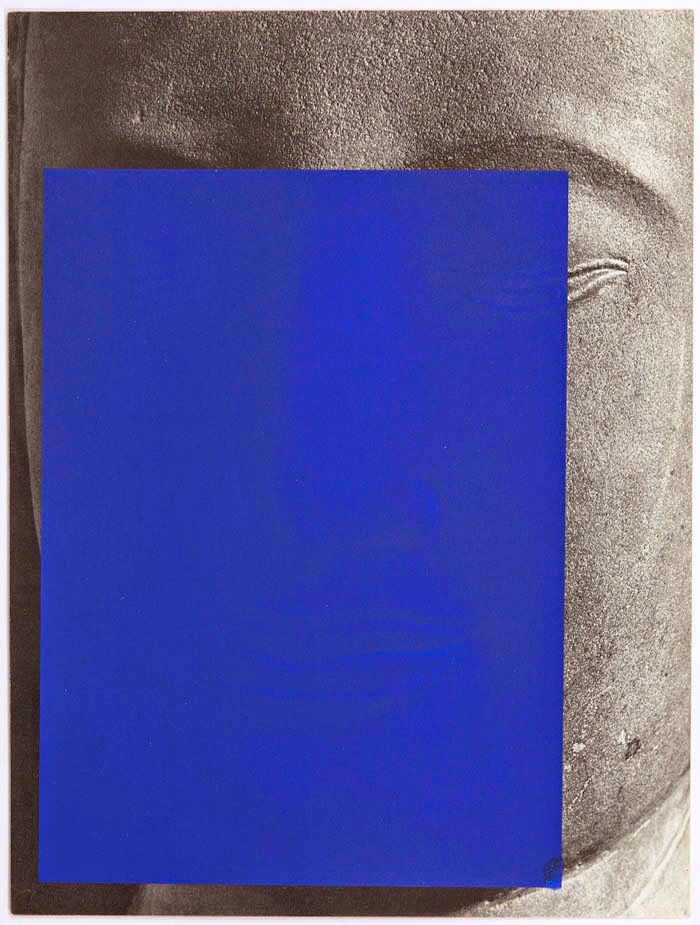 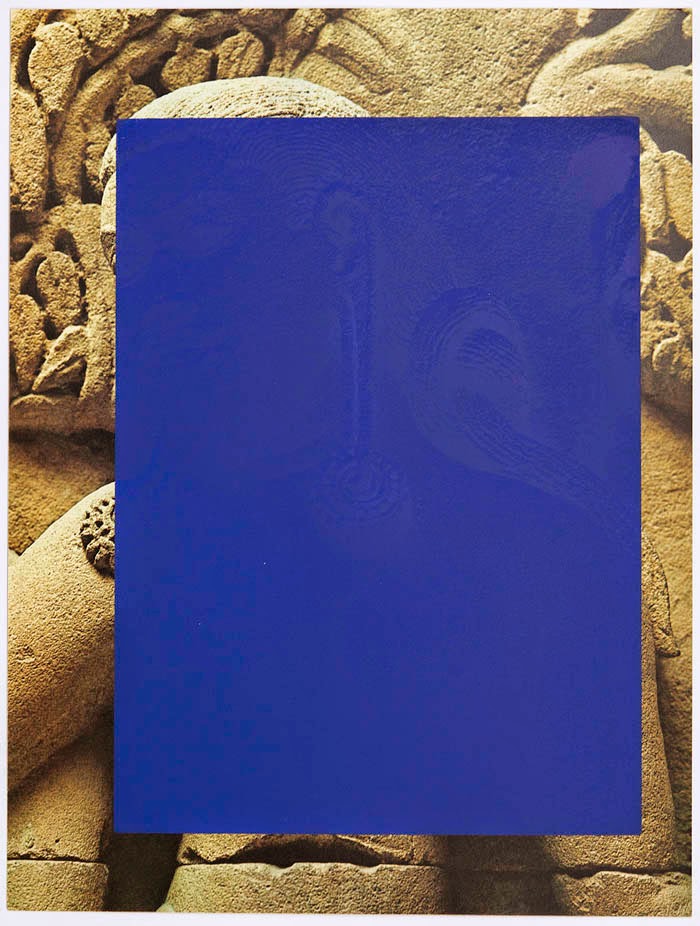 Decorative border, Malcolm's first solo exhibition at the gallery, features new prints and sculptural works from his ongoing project Outremer, started in 2013. With a focus on printed media and its role in the storage and communication of knowledge, Malcolm's work explores the tensions between image and source. Encompassing sculpture, photography, collage and works which fall somewhere between these definitions, his practice questions the construction and display of visual information and how this affects our experience of culture, place and history. Outremer -literally ‘beyond the sea’- is a body of work which investigates tangible aesthetic and conceptual connections between art production, museum display, industrialization and colonialism.
The exhibition includes a selection from a series of 42 silkscreen prints on found photogravures in which European cultural heritage and colonial history are problematized through an engagement with photographs of Cambodian art objects from the Musée Guimet in Paris. The museum houses the collection of Asian art amassed by the 19th Century industrialist and traveller Emile Guimet whose fortune was made in the production of synthetic ultramarine pigment, invented in 1826 by his father, a chemist. The motifs of the original photogravures are partially obscured with pigment in a considered process of redaction which activates the suggestive and formal potentialities of these found images while interrupting and recontextualising how they might be read. Alongside the prints several new sculptural works respond to display architectures and their rhetorical strategies, incorporating disparate images and objects in an expanded collage suggesting a web of connections.
The works in Decorative Border continue Malcolm's use of image-based research as a generative environment for the production of nuanced and associative works which are open and inconclusive, rich with content while avoiding a prescriptive or didactic expression. This exhibition, as with his practice as a whole, questions the production and presentation of art and activates discourse around accepted knowledge and visual culture.