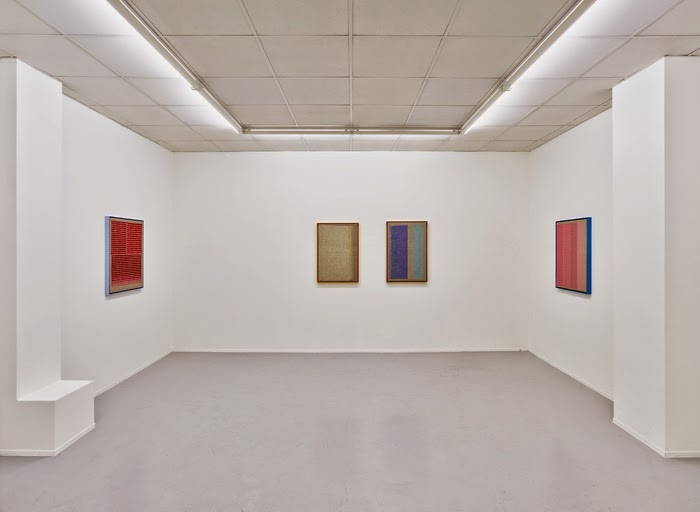 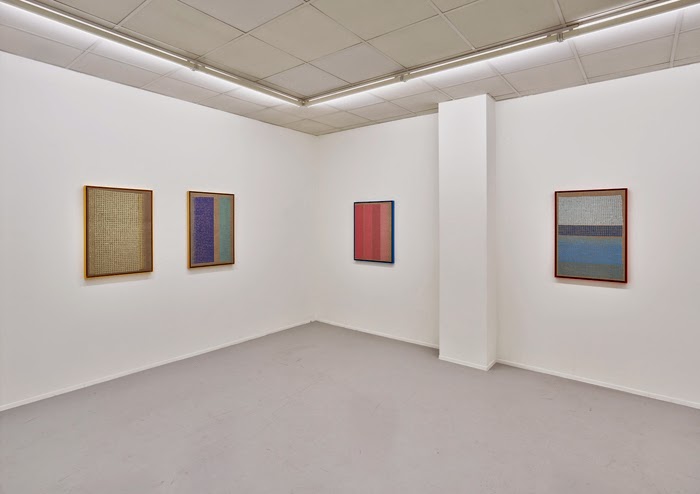 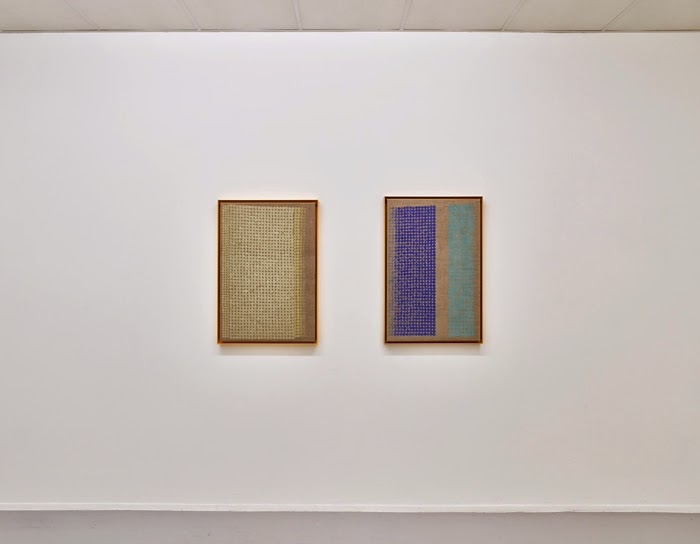 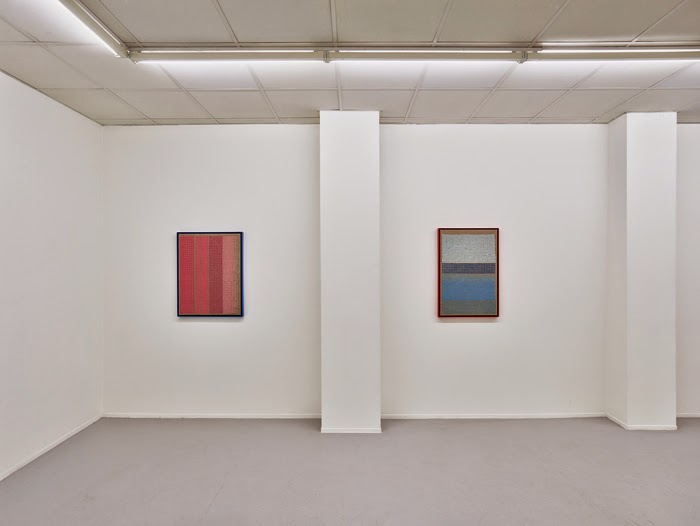 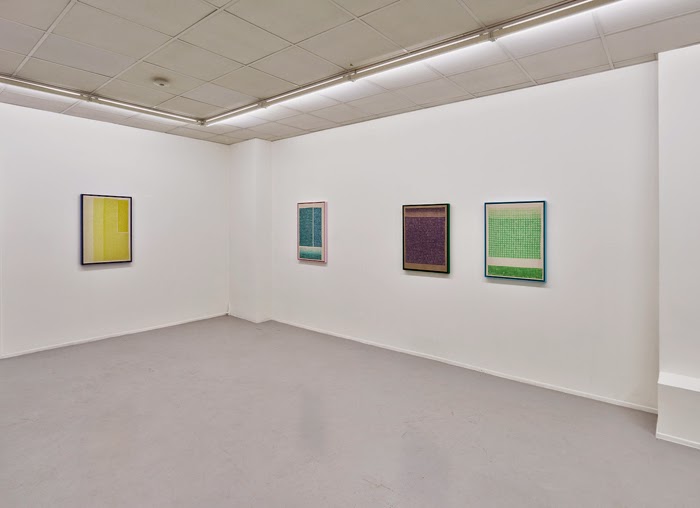 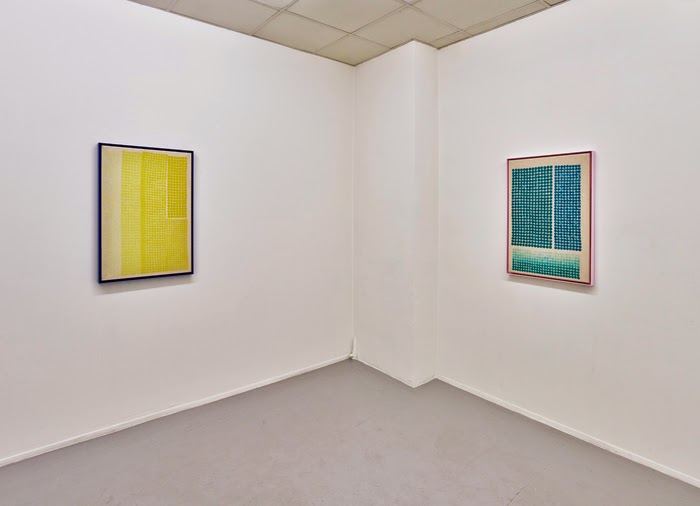 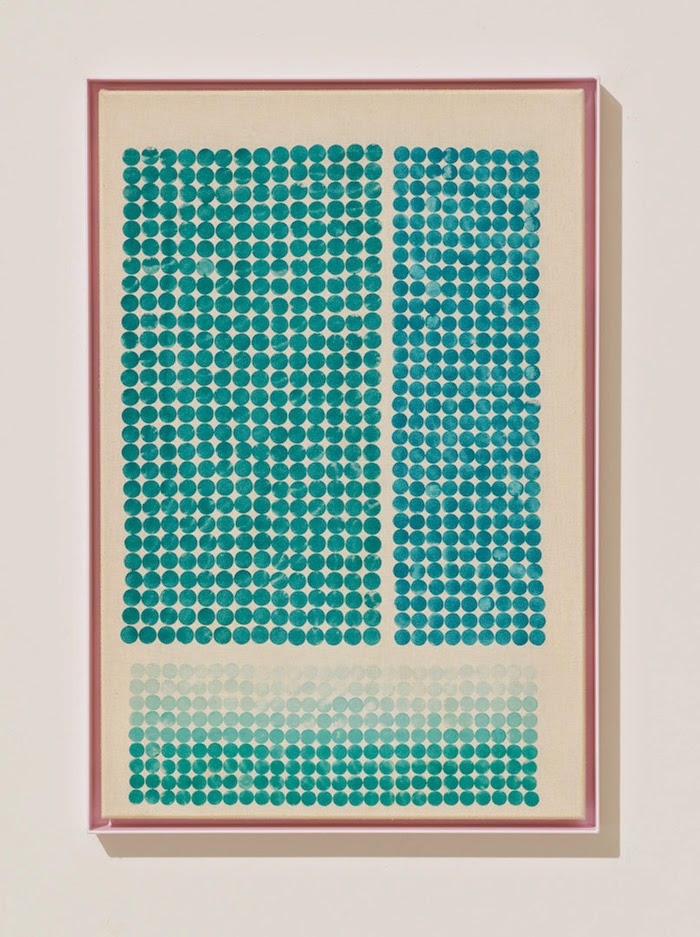 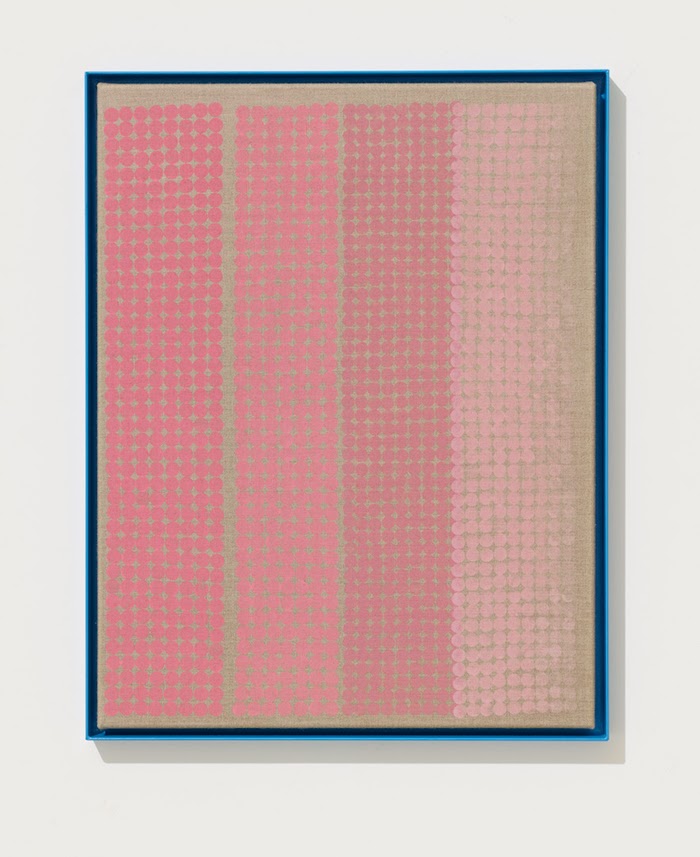 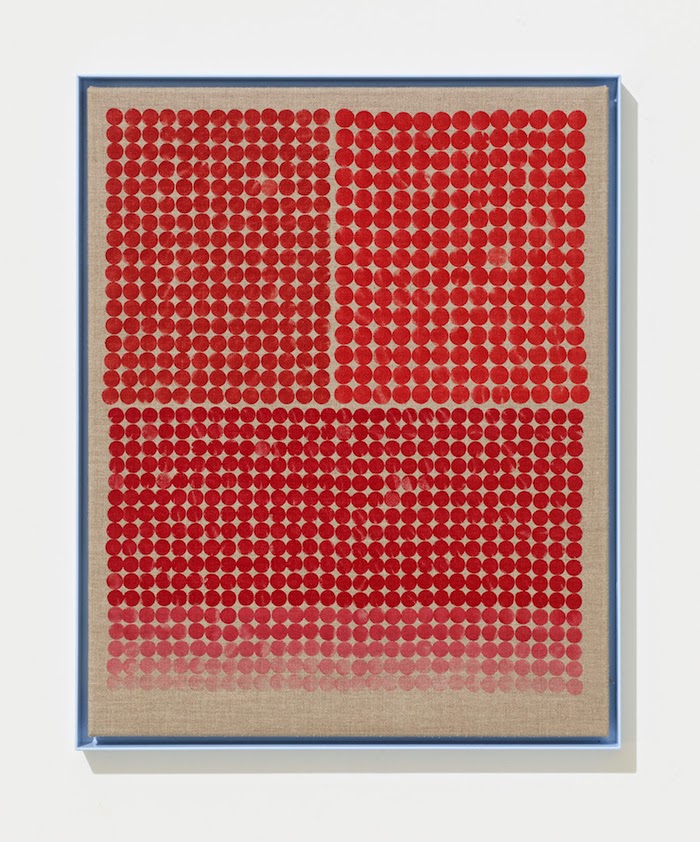 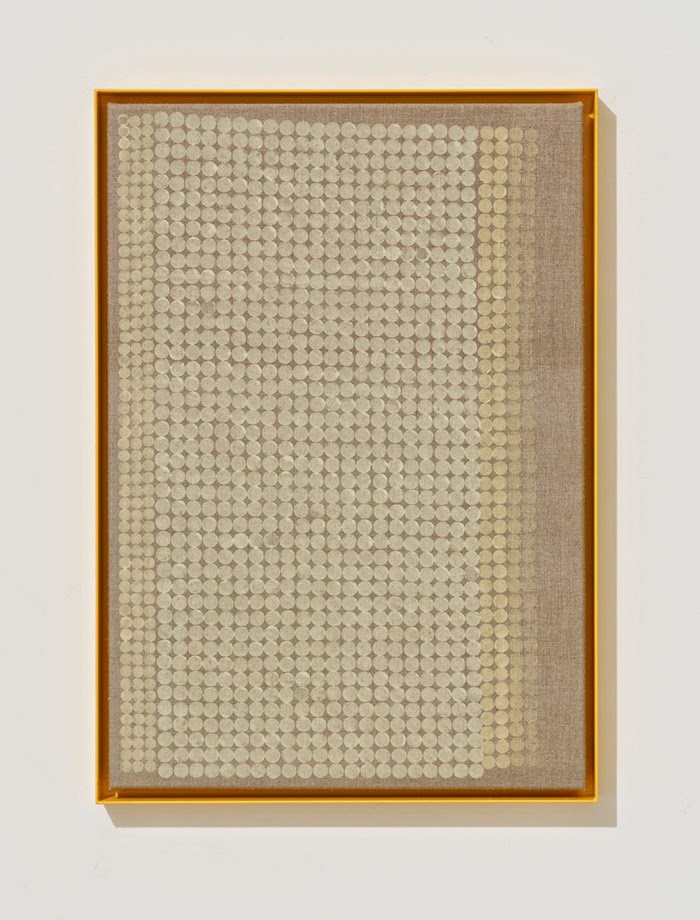 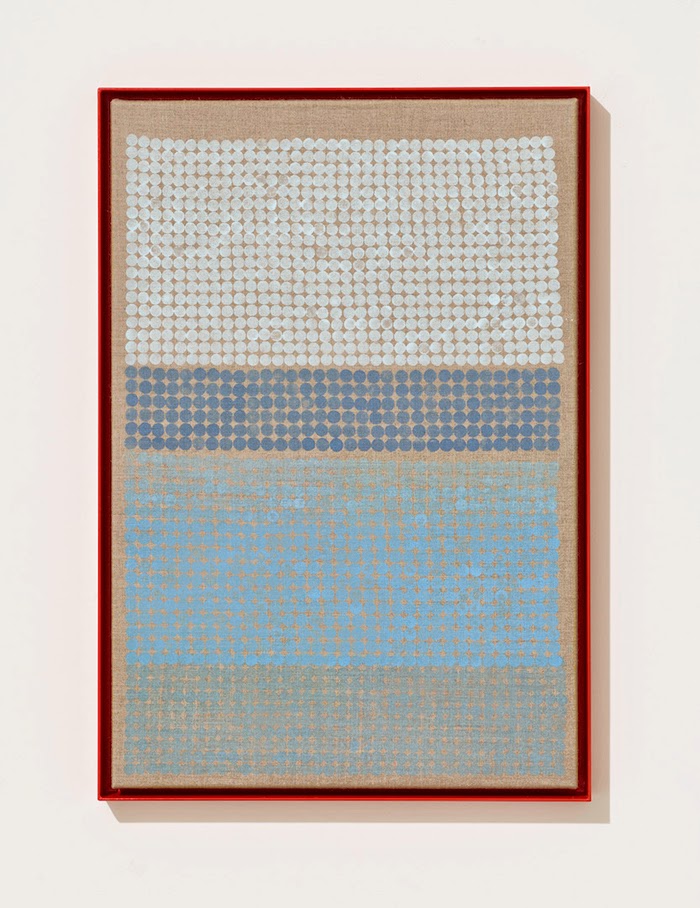 "Nine New Works" is Jesper Dyrehauges first solo exhibition in the gallery. Dyrehauge mono-tasks and he works with painting without actually painting. His artistic working method is to make carrot prints on unprepared canvas. The compositions are stretched over the canvas as a grid or raster. The raster network, known from book printing, is one of the basic and most frequently used structures of modern and contemporary art. From Bauhaus to pop art, from minimalism to op-art, rasters have been used as a visual element or as a symbol of a particular system. Dyrehauge calls his works democratic; there is no hierarchy, no center and no real narrative. No dot has higher value than the next. Working slowly and concentrated, each imprint from the given carrot requires exactly the same attention and care. An almost zen-like working condition arises in which repetition and rhythm becomes an important element and giving Dyrehauges works their unique beauty and energy. Form becomes content and the raster assumes a strong aesthetic and visual impact. The conceptual meets the sensual and haptic.
"Nine New Works" is about perfection and error, failures in the system and chaos and order.