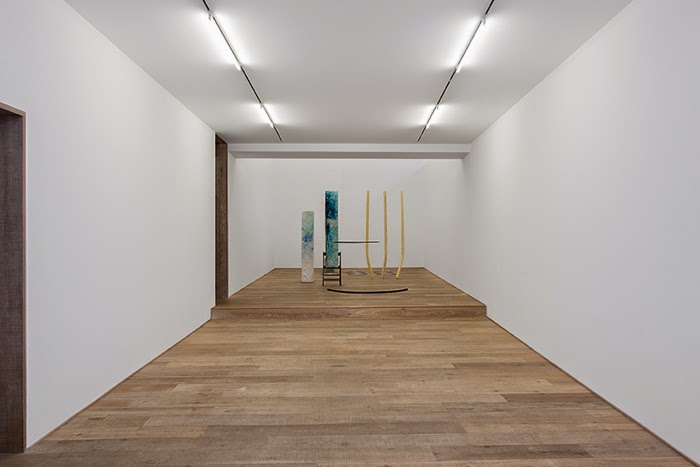 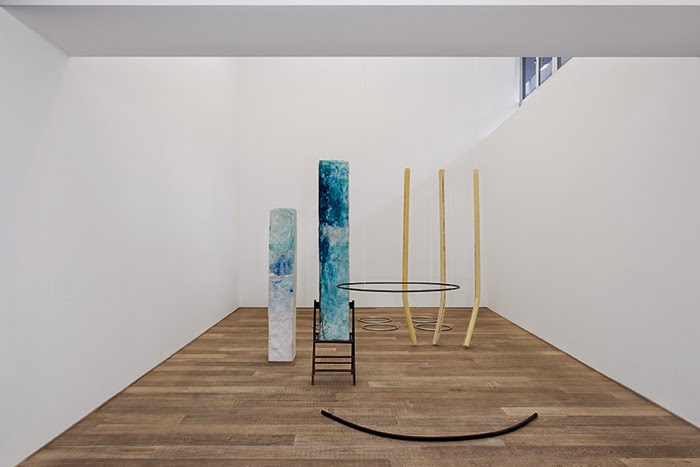 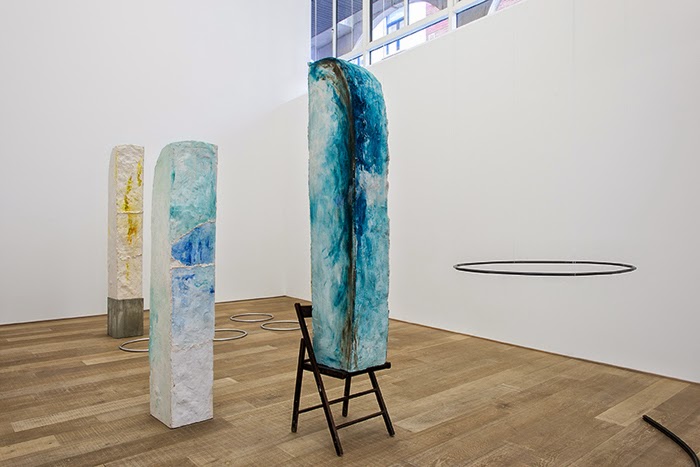 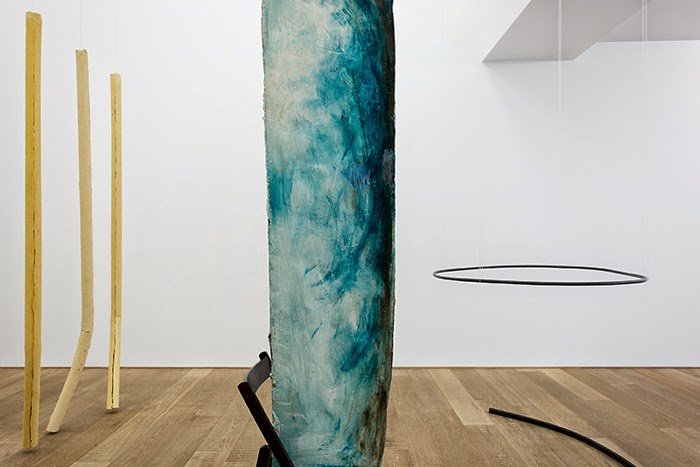 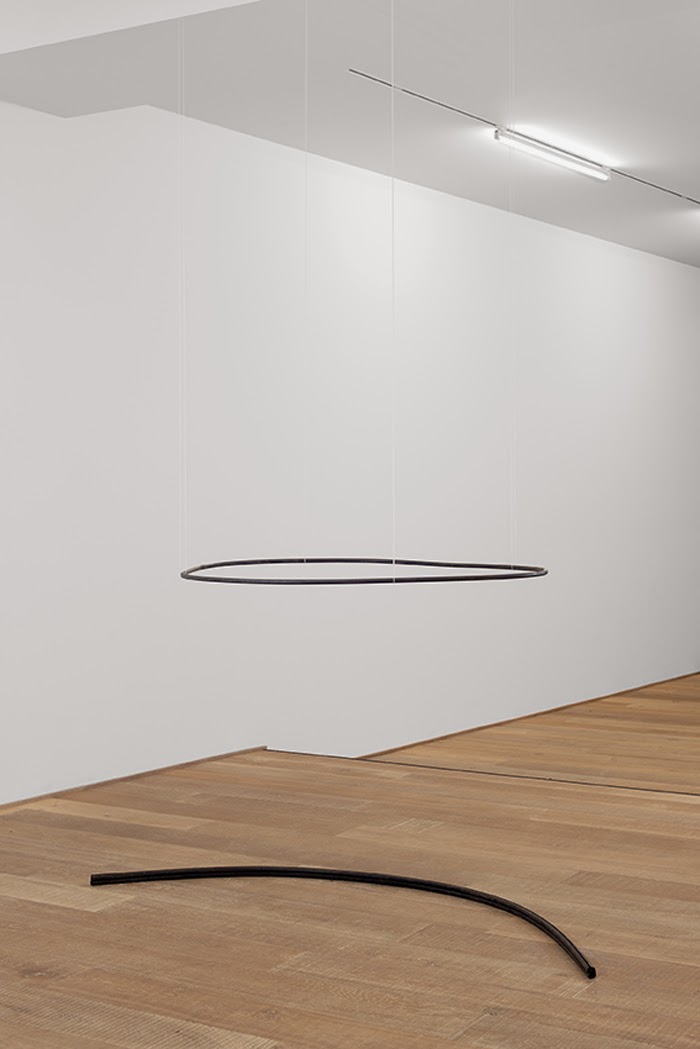 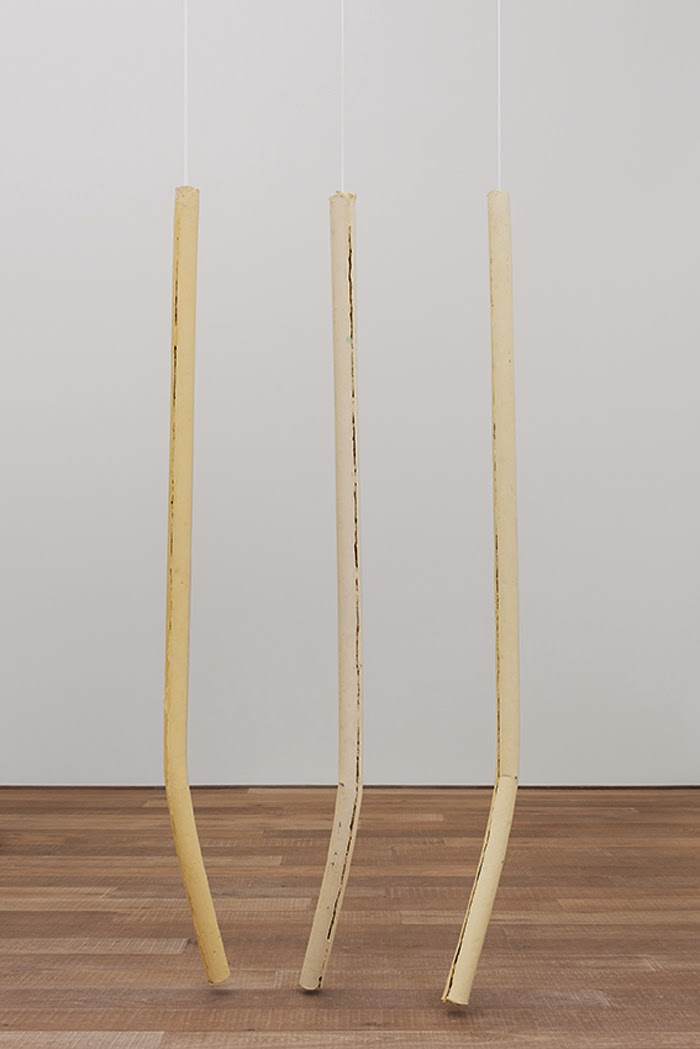 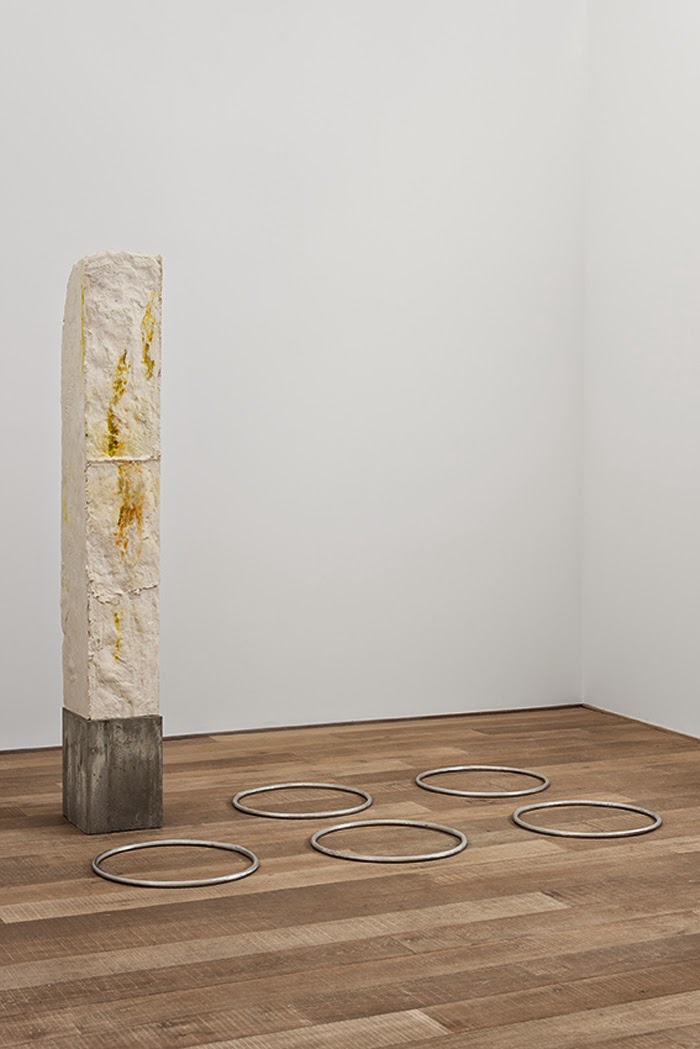 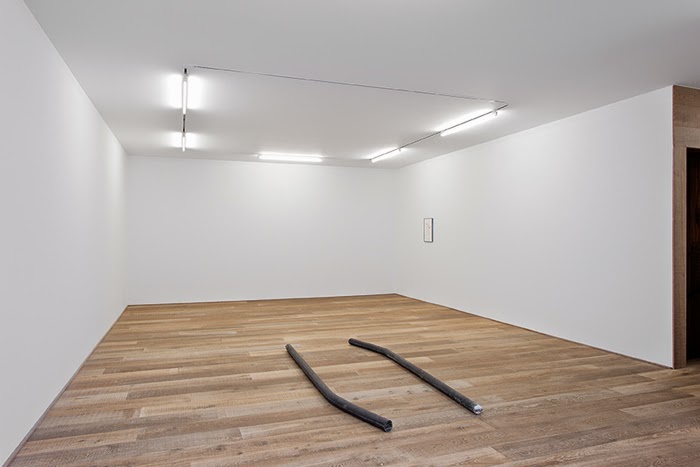 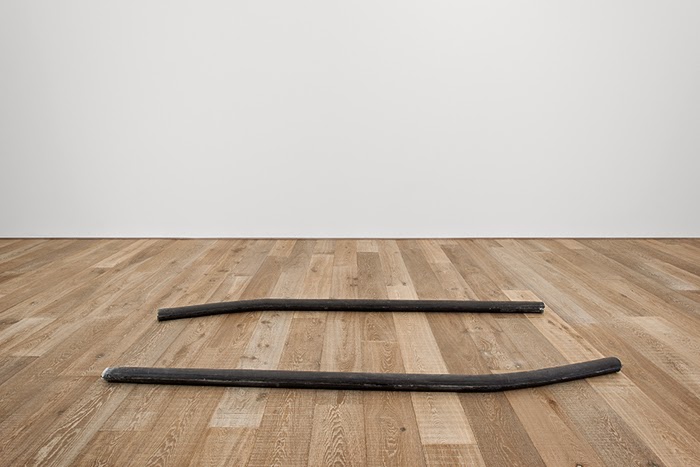 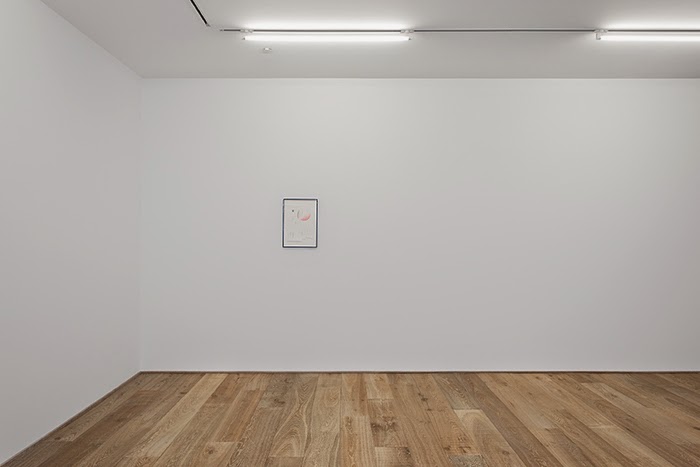 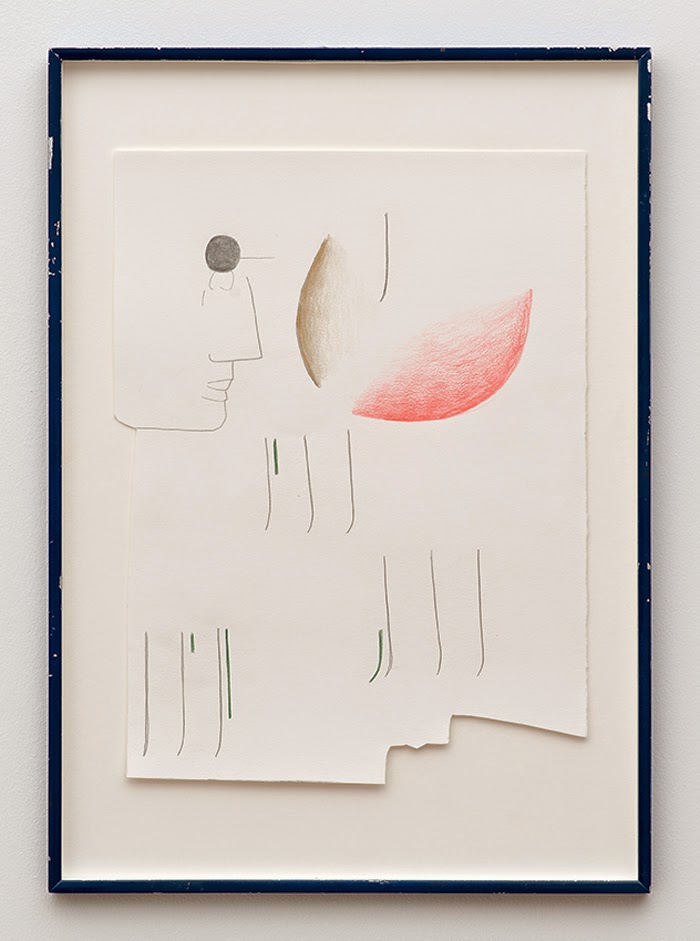 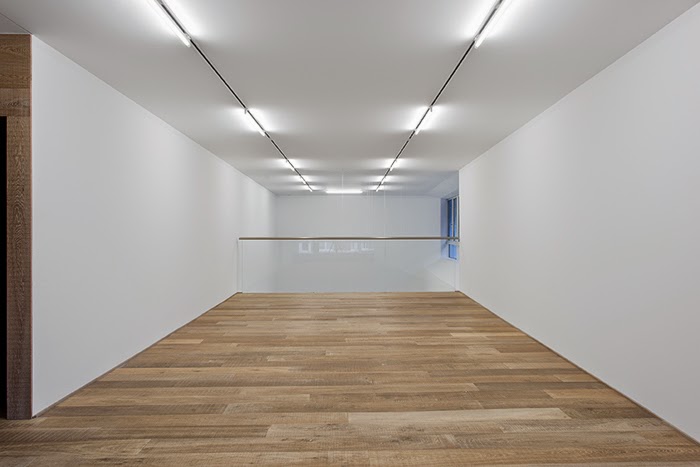 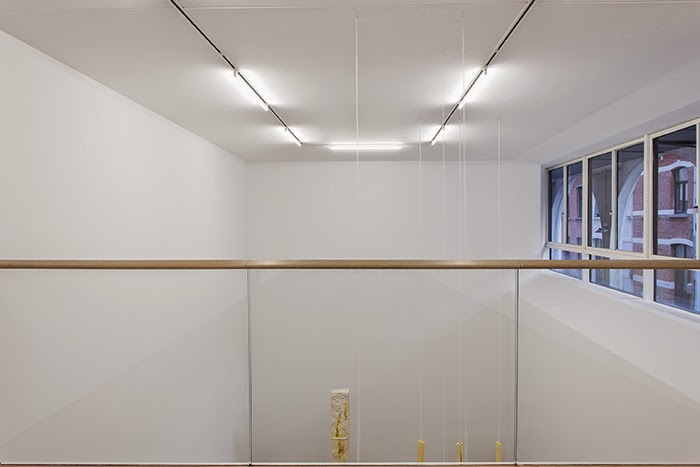 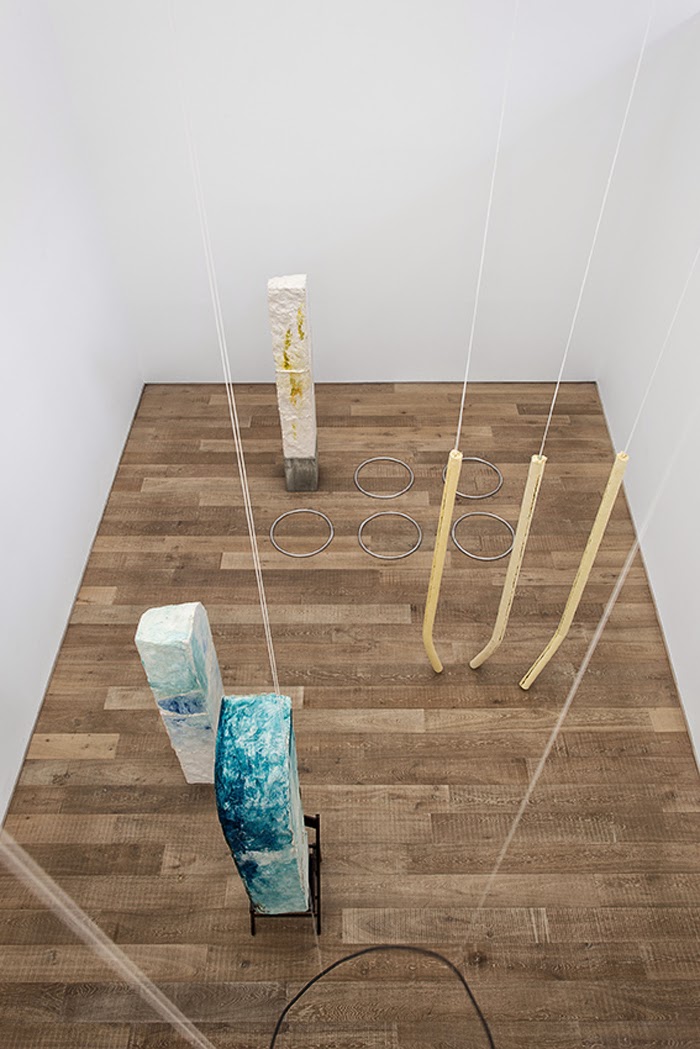 
Xavier Huf kens is pleased to announce CHERE: Sculpture, an exhibition of new
work by Esther Kläs.
Over the past decade, German-born Esther Kläs has developed an
idiosyncratic body of work that blurs the boundaries between painting,
sculpture, and drawing. Following an intuitive logic, her work hovers between
abstraction and figuration, object and space, movement and rest.
Kläs’s sculpture, though abstract, evokes the body. Metaphor and symbolism
are refused in favour of direct experience. Her objects are complete in
themselves and displayed in dialogue with each other and the space they
inhabit. Their placement and rearrangement follow both plan and accident.
The residue of the sculptural process is evident in her eccentric forms. Kläs’s
sensibility seems to be rooted in the interstices between Mimimalism and
Postminimalism, between strict reduction of means and bodily reference,
including a performative aspect.
For CHERE: Sculpture, her first exhibition with the gallery, Kläs has conceived
an installation of vertical monoliths, hanging works, and floor pieces at the
end of the ground floor space. Her monoliths in pigmented resin have an
anthropomorphic dimension, and there is a raw, enigmatic quality to their
irregular forms. A single drawing punctuates the sculptural presentation. The
balcony on the first f loor space, which Kläs has chosen to leave empty, gives
another perspective on this concentrated encounter.
Kläs has been attentive to her inner experience as well as external reality, and
her sculptures and works on paper appear at once as mysterious presences
and projections of a poetic imagination. The new work exhibited in CHERE:
Sculpture manifests an original way of perceiving and being in the world.
Esther Kläs was born in Mainz, Germany, in 1981. She lives and works
in New York. Recent solo shows include Girare Con Te, Marino Marini
Museum, Florence, Italy (2014), Esther Kläs: Better Energy, MoMA PS1, Long
Island City, NY (2012) and You and the Dance with the Tortoise, Parkhaus,
Düsseldorf, Germany (2009). Her work has also been included in a number
of group exhibitions including Playing by Heart, KOLUMBA, Kunstmuseum
des Erzbistums Köln, Cologne, Germany (2014), KölnSkulptur #7, Stiftung
Skulpturenpark Cologne, Cologne, Germany (2013) and the sixth edition of
the Prague Biennale, Flow, Prague, Czech Republic (2013).