Davide Balula / A journey through you and the leaves

Davide Balula
A journey through you and the leaves 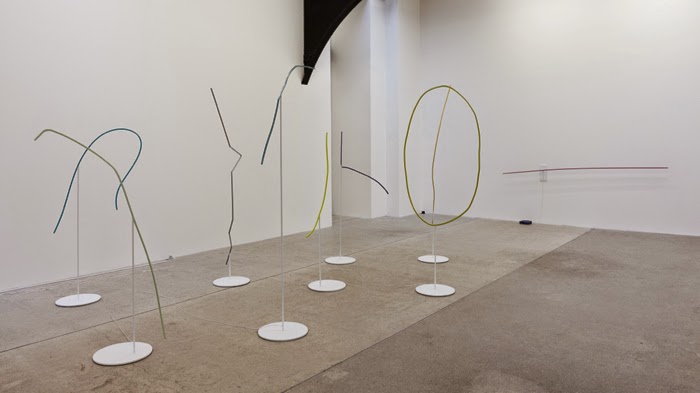 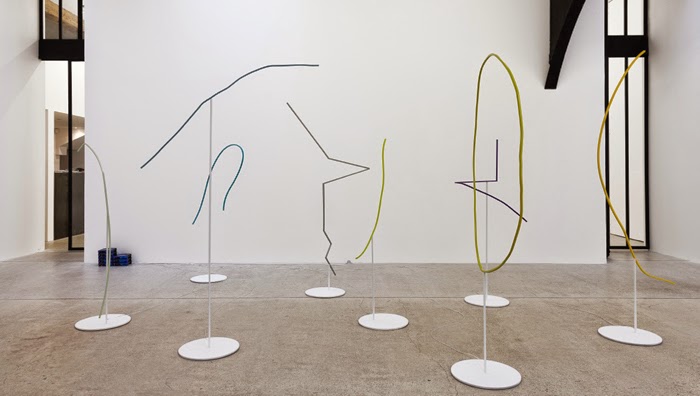 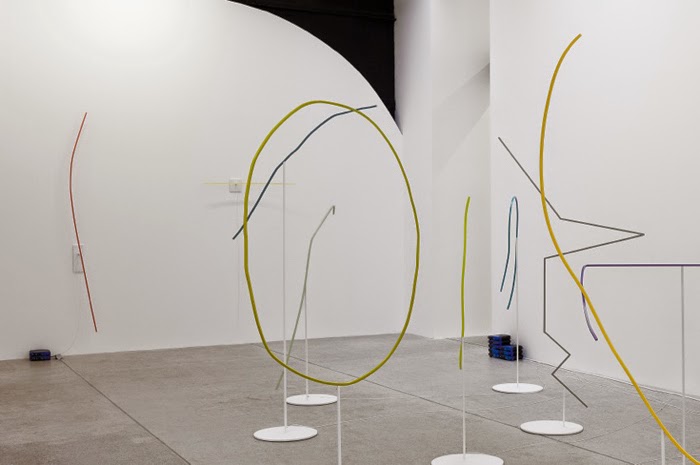 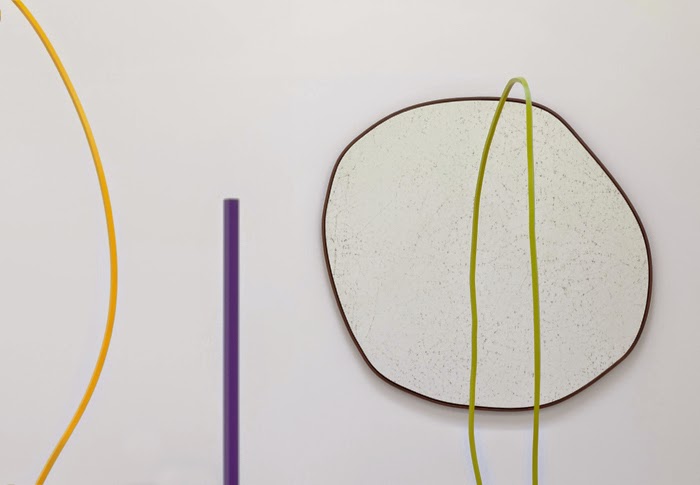 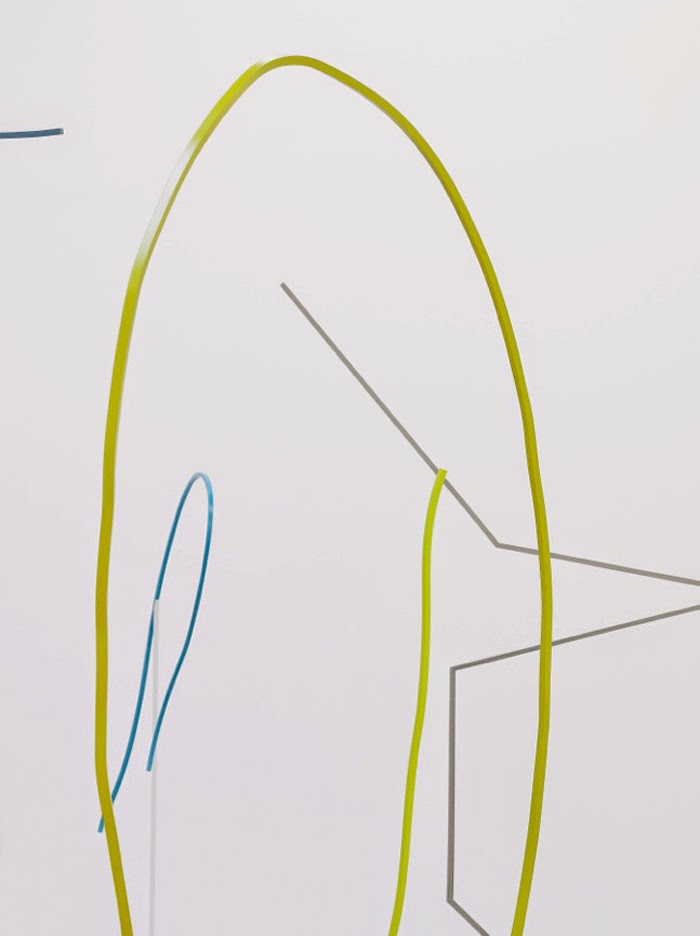 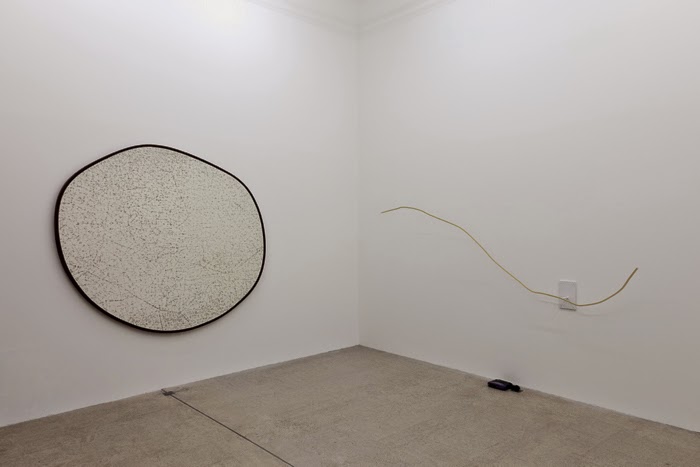 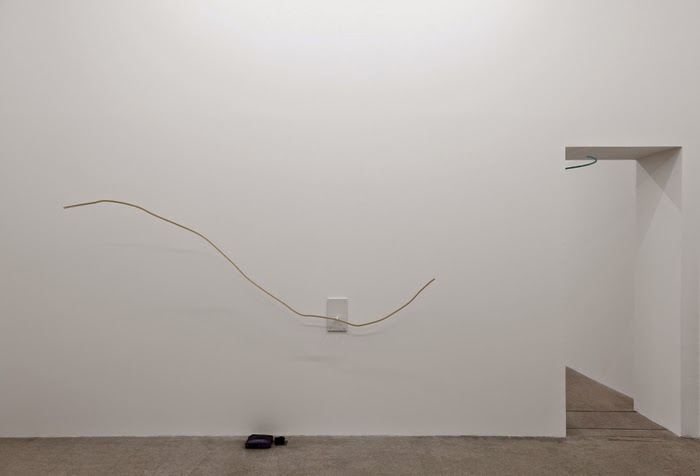 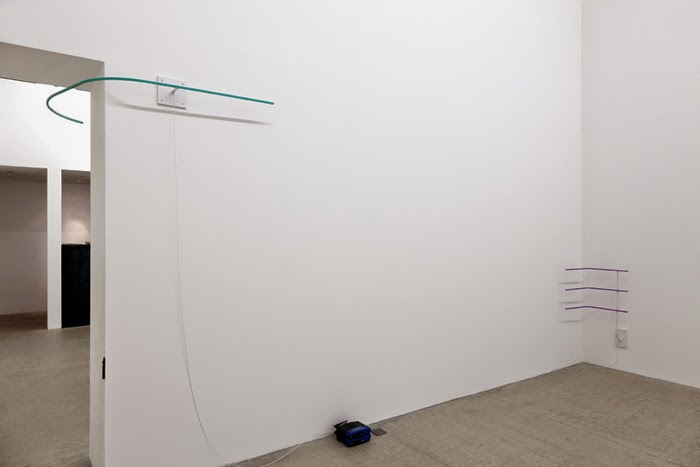 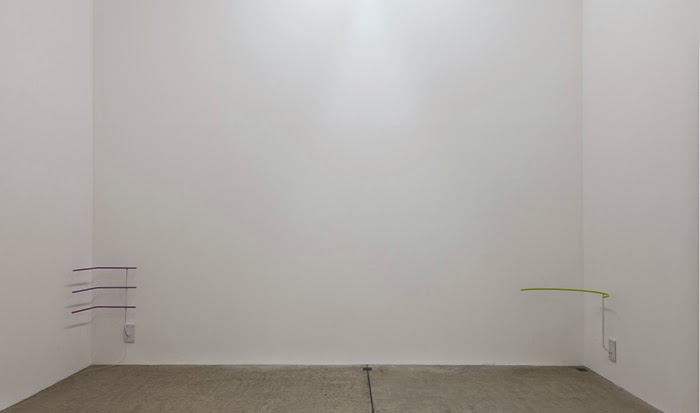 In A journey through you and the leaves, Davide Balula will present a new series of sculptures, Coloring the WiFi Network as well as Artificially Aged Paintings.
The WiFi sculptures are metal bars painted in various colors which act as antennae. Each sculpture emits a WiFi signal corresponding to its color, a digital echo of the piece can be accessed through an open network on any nearby smartphones, laptops, and tablets. The Artificially Aged Paintings (wet/dry/wet/dry) were conceived following Balula’s collaboration with a fabricator of climatic chambers, which reproduce the effects of erosion. To create the work, primed canvas is submitted to a series of conditions reflecting different temperature cycles: hot, cold, humidity, etc, which simulate accelerated weather fluctuations that effect work over time.
« In contemporary society we are all continually awash in electromagnetic fields, which radiate from home appliances, power lines, televisions, telecom transmission towers, radar, cell phones, and increasingly from wi-fi routers and Bluetooth. If we tend to notice these fields only when they break down, history shows us that they wield transformative social and psychic power worthy of attention in its own right. When telephones were first introduced into private homes in the late 1800s, for example, they produced enormous fear and anxiety. Permitting strangers to cross the threshold of the home, even in the limited form of a disembodied aural presence, was viewed as invasive in itself. Parents, moreover, feared their loss of control over what was admitted into the home. Such fears occasionally focused on the possibility of infection-by-wire (what exactly was it that the telephone transmitted?) but focused mostly on the unprecedented opportunities the telephone created for unsupervised flirting between vulnerable young women and rootless men potentially outside their class or race.
Like other new information technologies before and since, the telephone thus reconfigured
how people perceived and experienced space, in this case the home. In so doing, it became ‘visible’ as an object of social concern just as it challenged existing kinship, gender, and communal norms and structures. At a historical moment when, under the signs of big data, the internet of things, and smart cities, vast social forces are being mobilized to “reinvent society” using tiny, cheap surveillance technologies and future-oriented data analytics, attending to the potentially disruptive social, economic, and political effects of changing articulations of signals, space, and bodies is particularly vital and timely. »