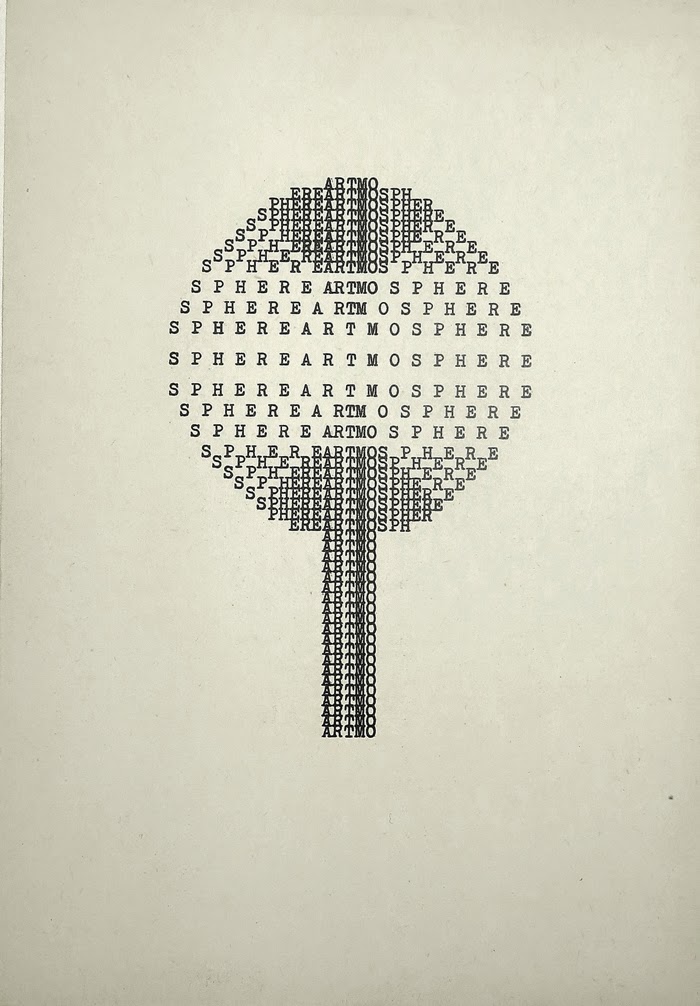 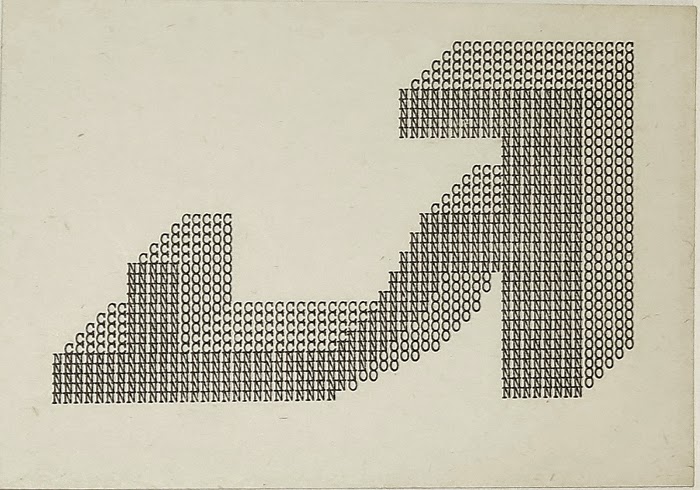 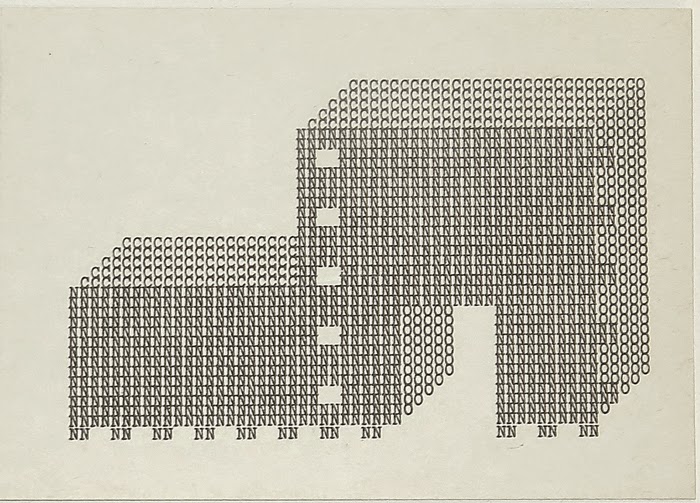 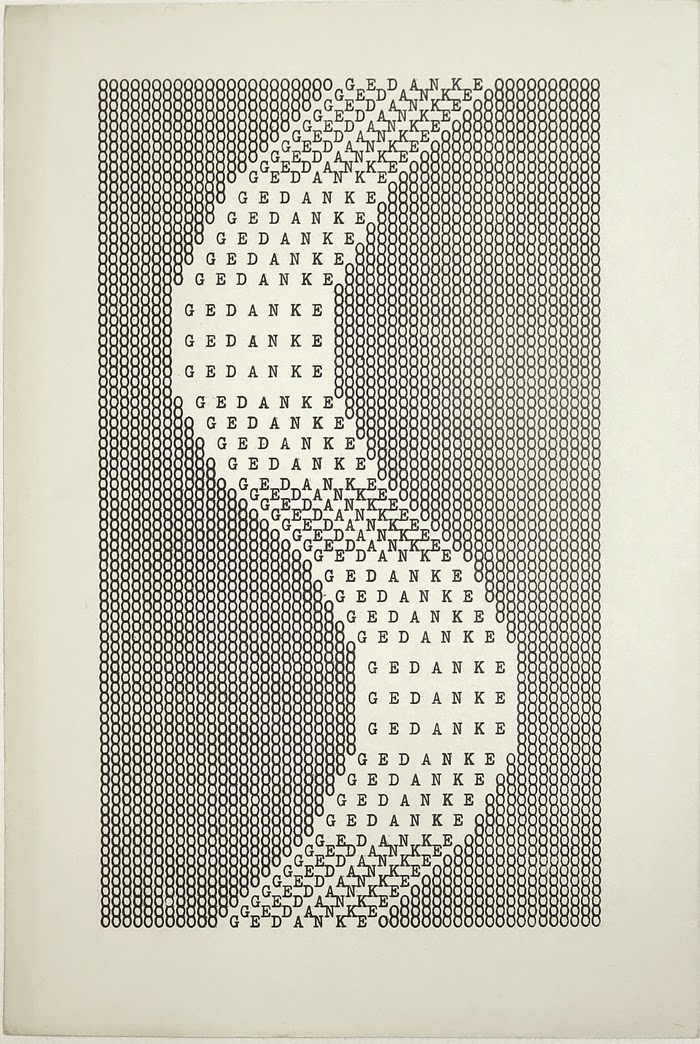 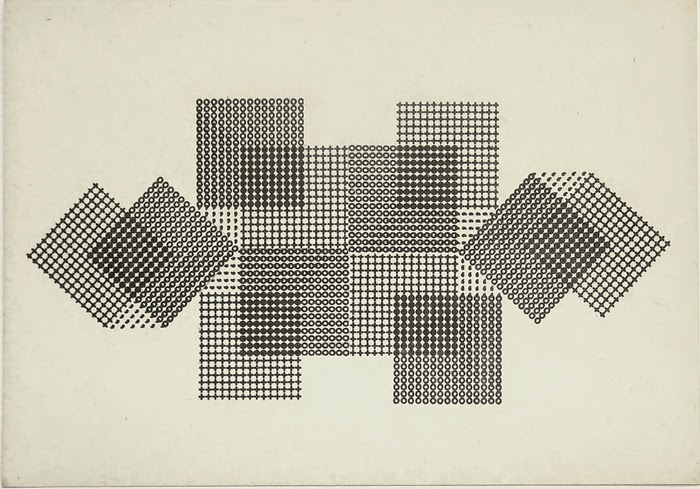 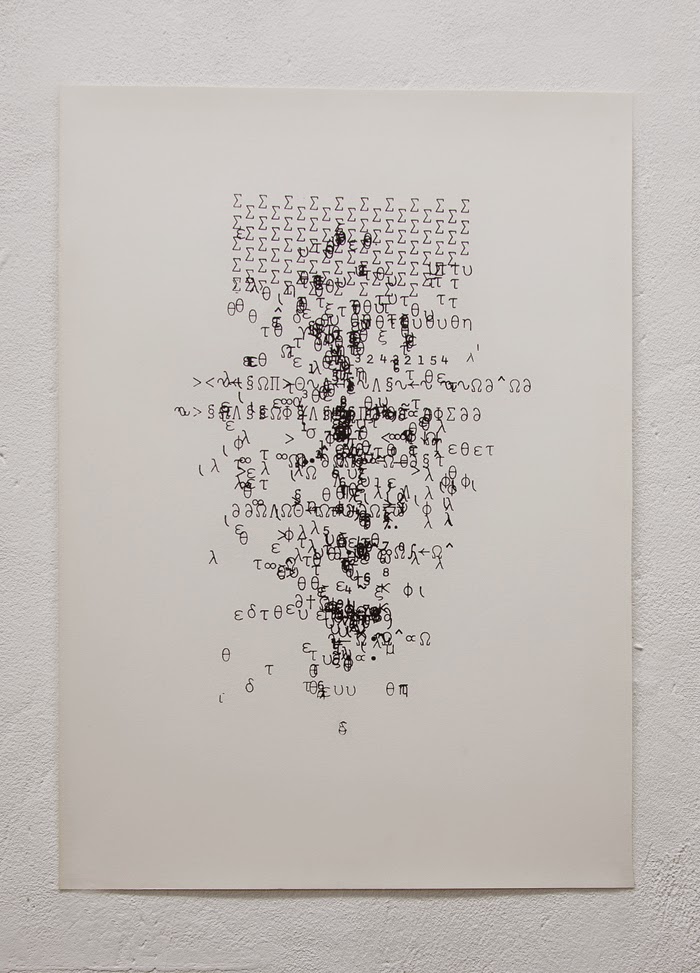 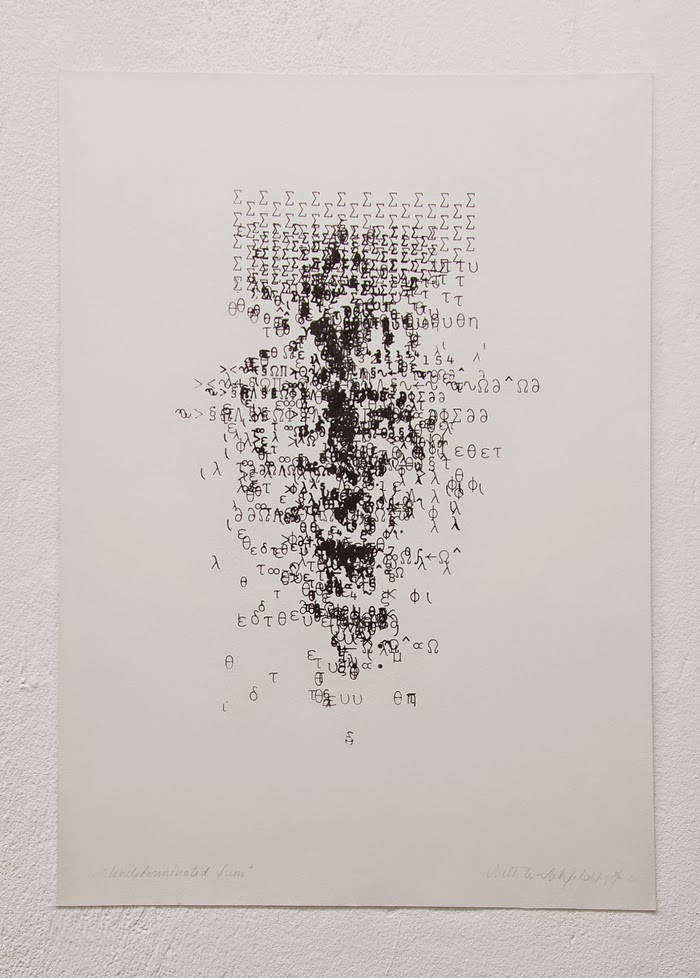 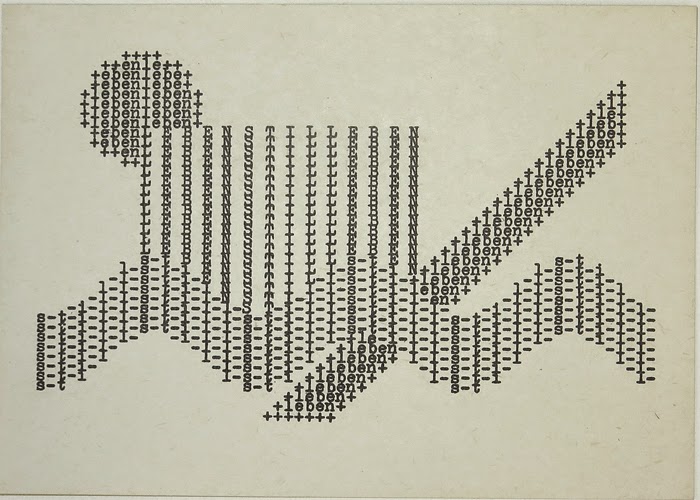 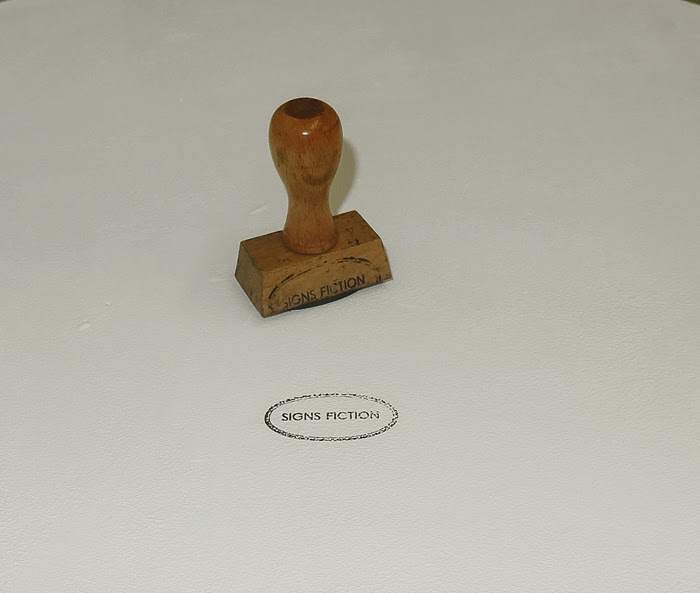 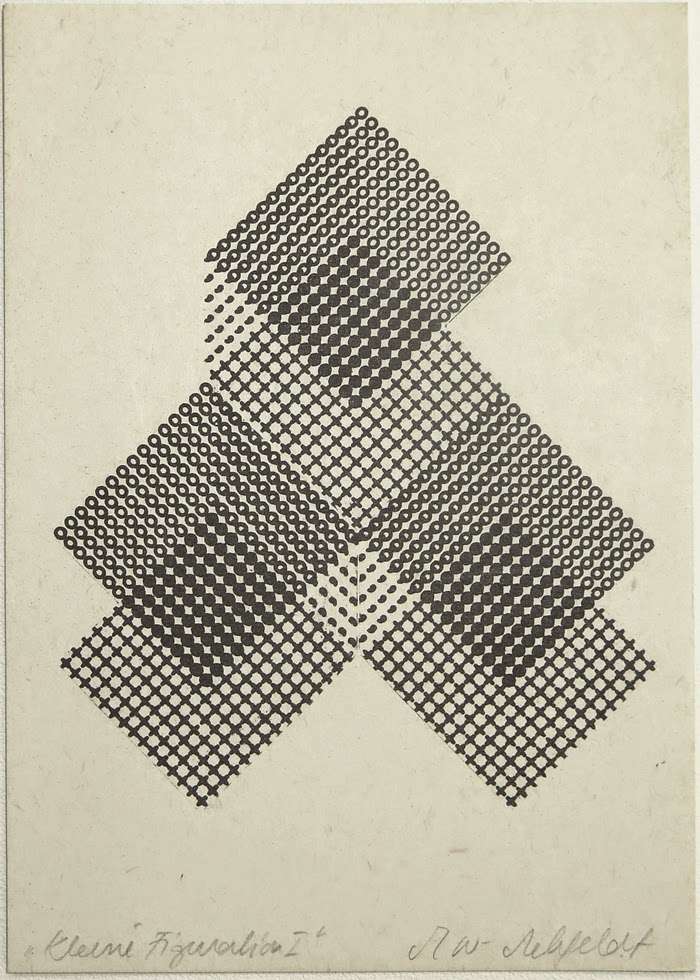 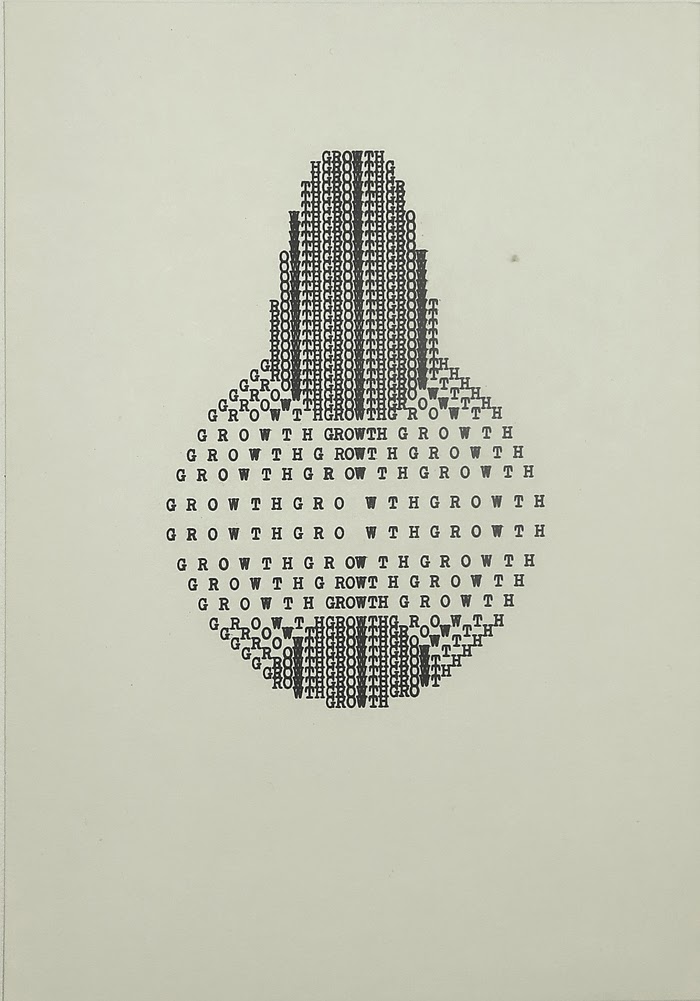 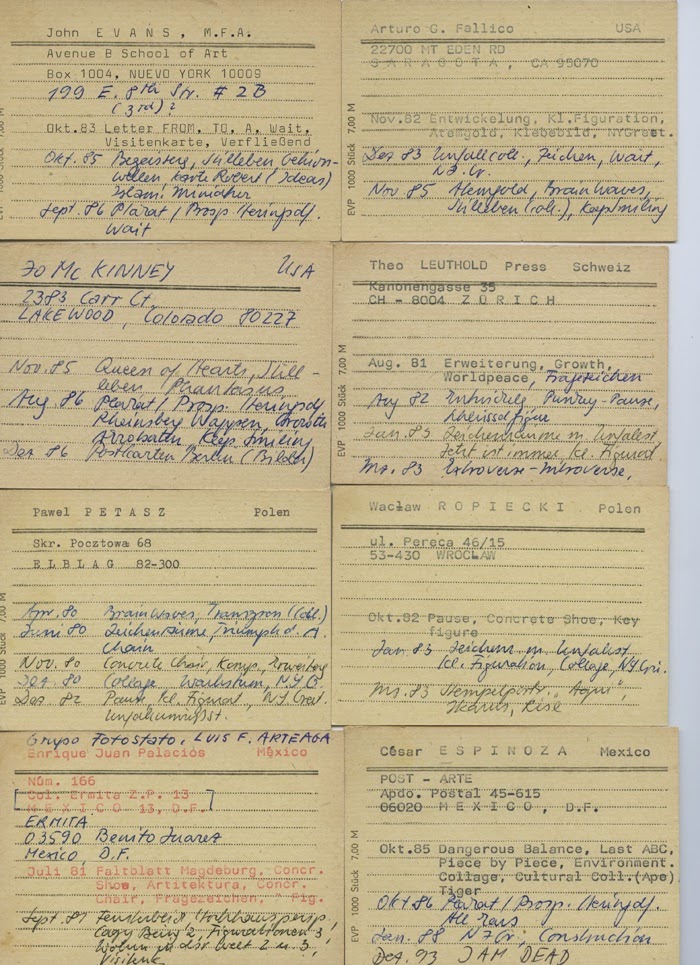 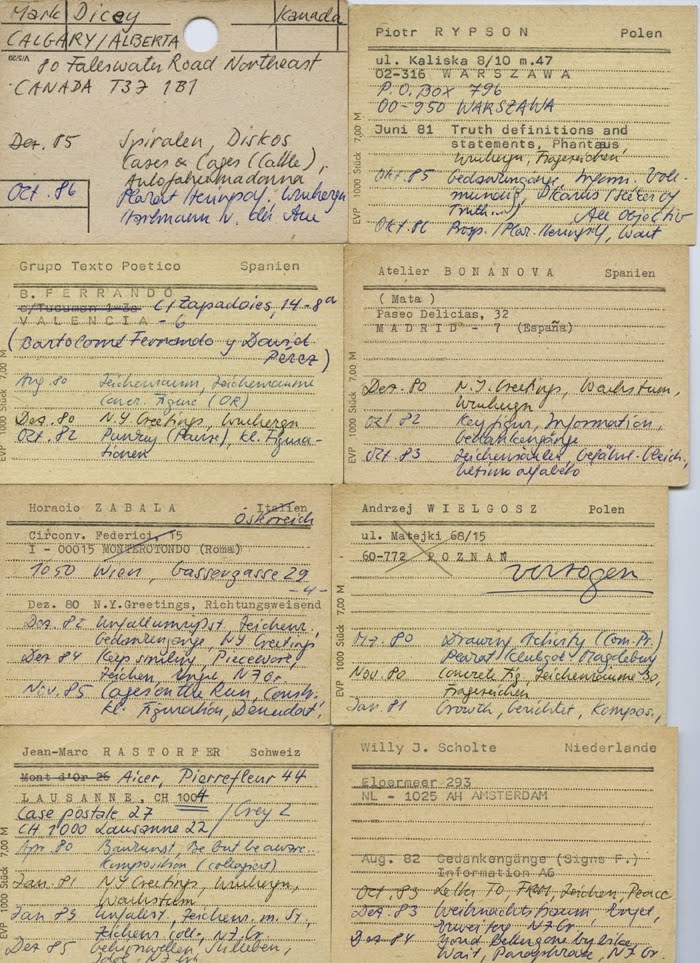 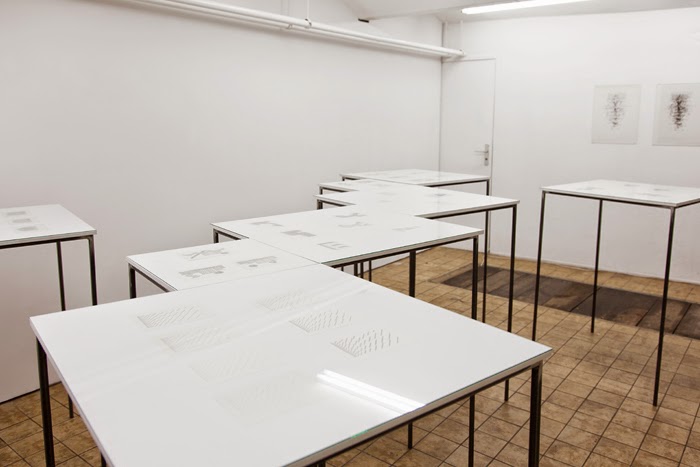 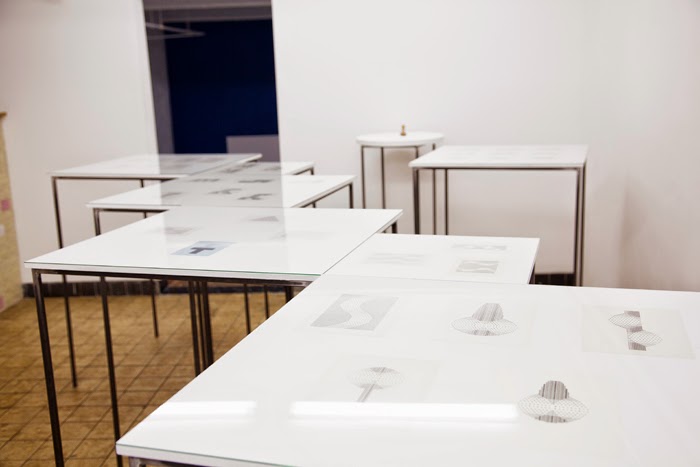 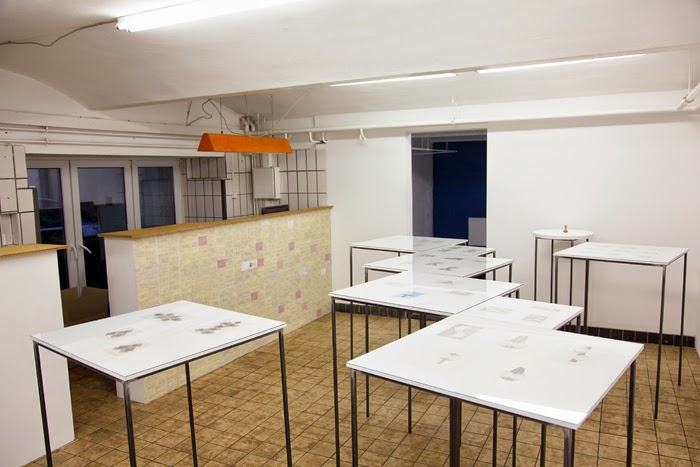 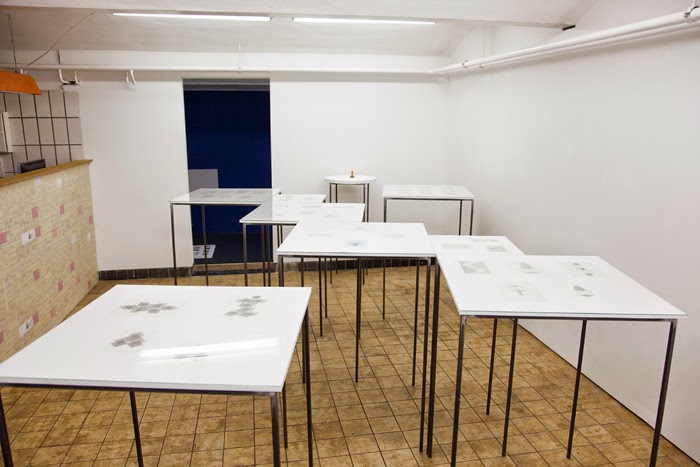 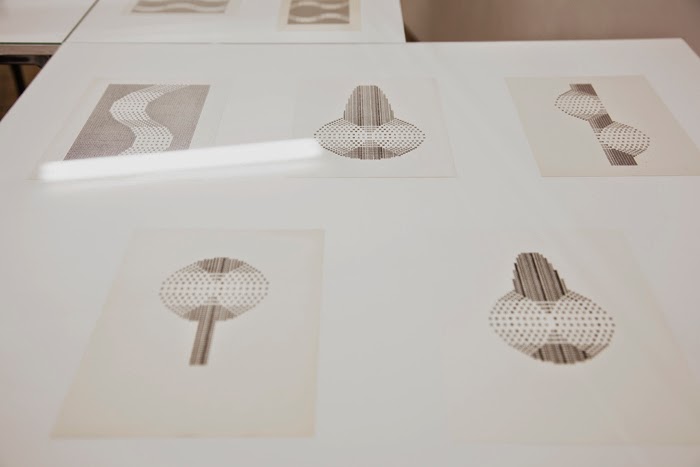 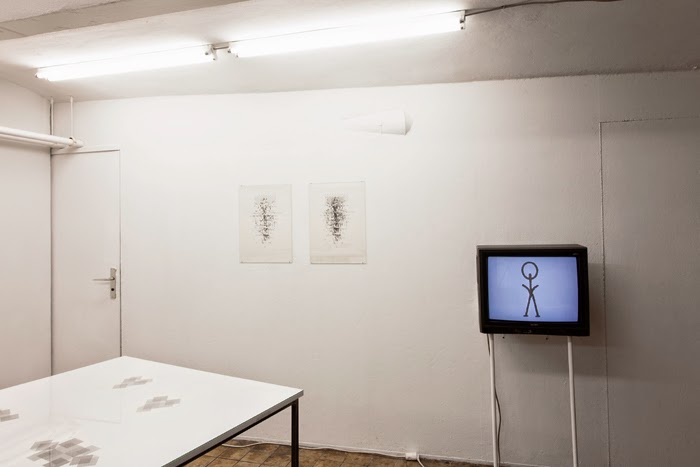 Chert gallery is pleased to announce the exhibition “SIGNS FICTION” by Ruth Wolf-Rehfeldt, opening on Saturday 10th January, 2015. Historical works by the Berlin artist have been selected and arranged in the upper space of the gallery, to offer an overview of her production, focusing especially on her involvement in the Mail Art movement. The table displays show a wide selection of her “postcard” pieces, produced in mailable size. The same motives are displayed on the gallery walls in a bigger format.

Ruth Wolf-Rehfeldt began to write poems, draw and make collages in the early 1970s. Her first typewriter works, which she entitled “Typewritings” and whose diversity defies description, were produced on an Erika typewriter. With impressive precision, she arranged letters and punctuation marks into pictorial elements, often creating a three-dimensional effect. The humour and finesse of her work made Ruth Wolf-Rehfeldt a sought-after contact person in the network of international artistic exchanges. Born in 1932 in Wurzen, Saxony, she is one of the few women artists from the former GDR to address in depth the relationship between text and image. Through their involvement in the Mail Art network, she and her husband Robert Rehfeldt were able to surmount the ban on exhibitions and publications by alternative artists during the GDR period. Her artistic activity came to an end with the unification of Germany in 1989. Each of her works consists of an original – either an individual typed work or a series – and of further reproductions in the form of carbon copies, postcards or prints in formats ranging from A5 to A2. These works can just as easily be situated within the context of conceptual art or visual and concrete poetry as they can in the domain of Mail Art. (Text extract from “Ruth-Wolf Rehfeldt, Original graphic works 1972-1989” the first major exhibition of her poetic and visual “Typewritings”, The Stiftung Neues Museum Weserburg, Bremen 2012).

Ruth Wolf-Rehfeldt was born in Wurzen in 1932. In 1950 she moved to Berlin — where she still lives today— studying at the workers’ and farmers’ faculty in 1951. In 1954 she met Robert Rehfeldt, they married one year later. She was employed by the department for exhibitions at the Academy of Arts and made drawings in her spare time. At the start of the 1970s she started to develop her typical typewriter graphics (Typewritings) and participated in the Mail Art projects. She became member of the Association of Fine Artists of the GDR in 1978. This exhibition accopanies the project “HOME ARCHIVES: Paulo Bruscky & Robert Rehfeldt’s Mail Art Exchanges from East Berlin to South America”, curatedy by Zanna Gilbert and David Horvitz, at Chert, Berlin, January 10 – February 28, 2015.