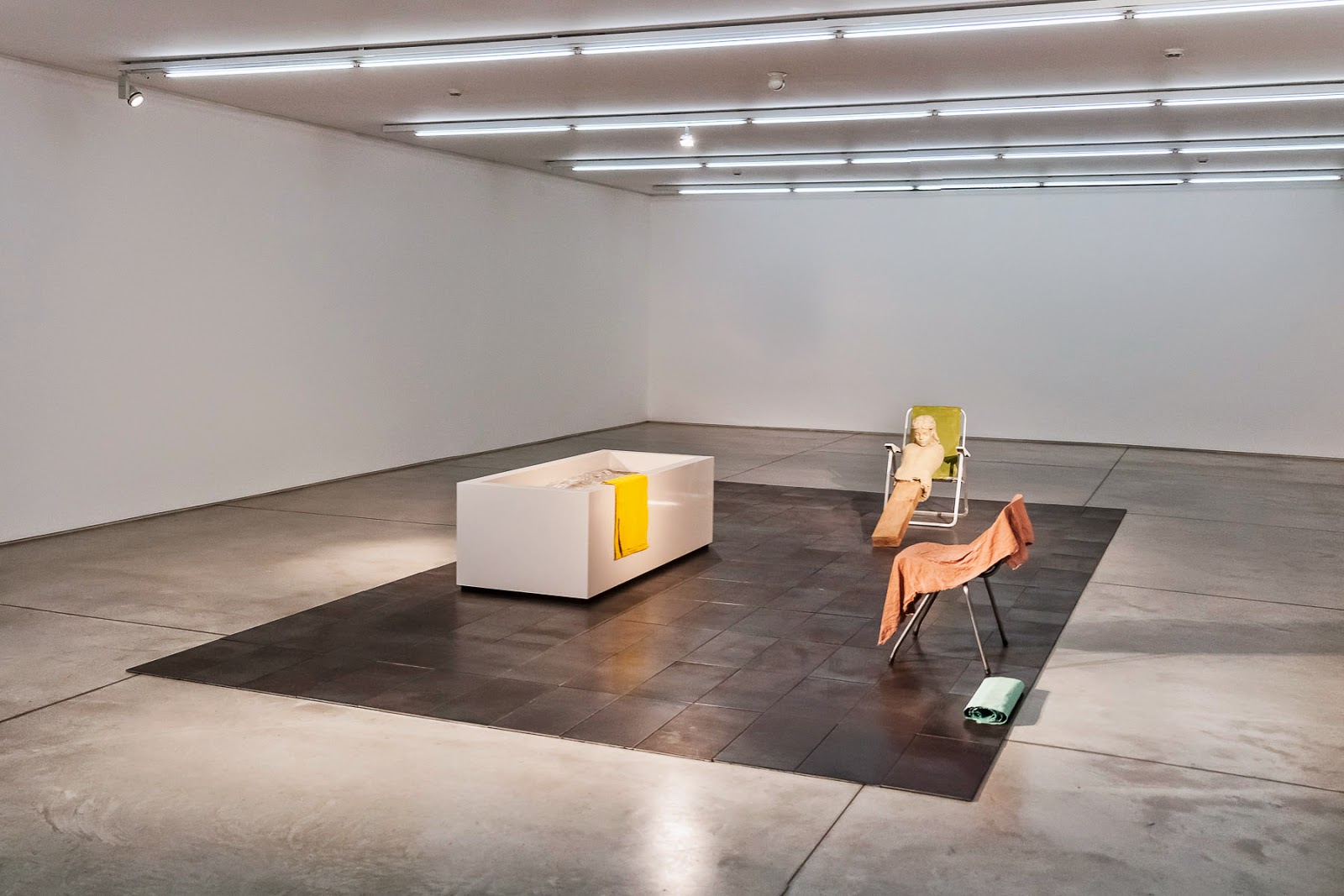 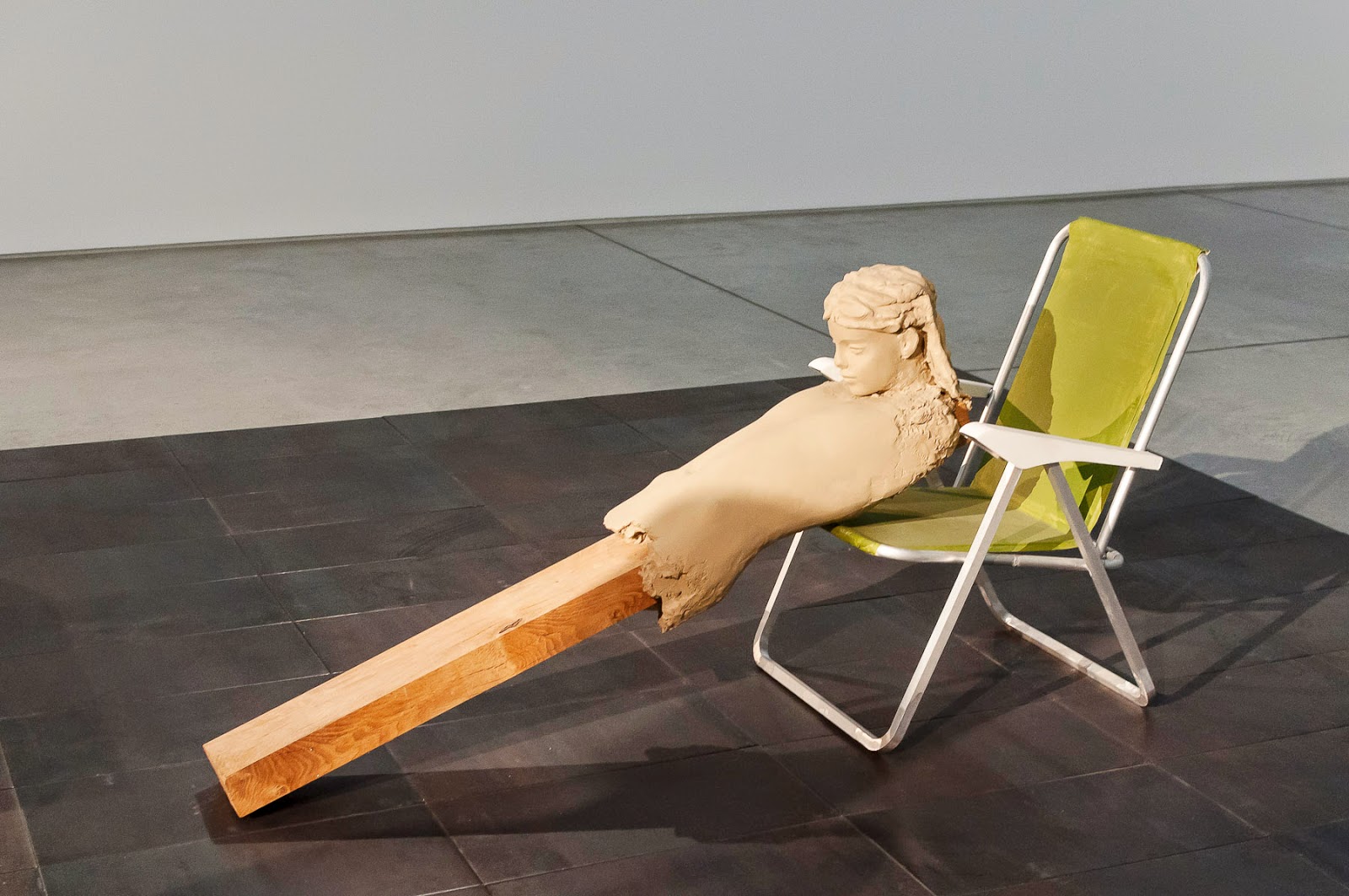 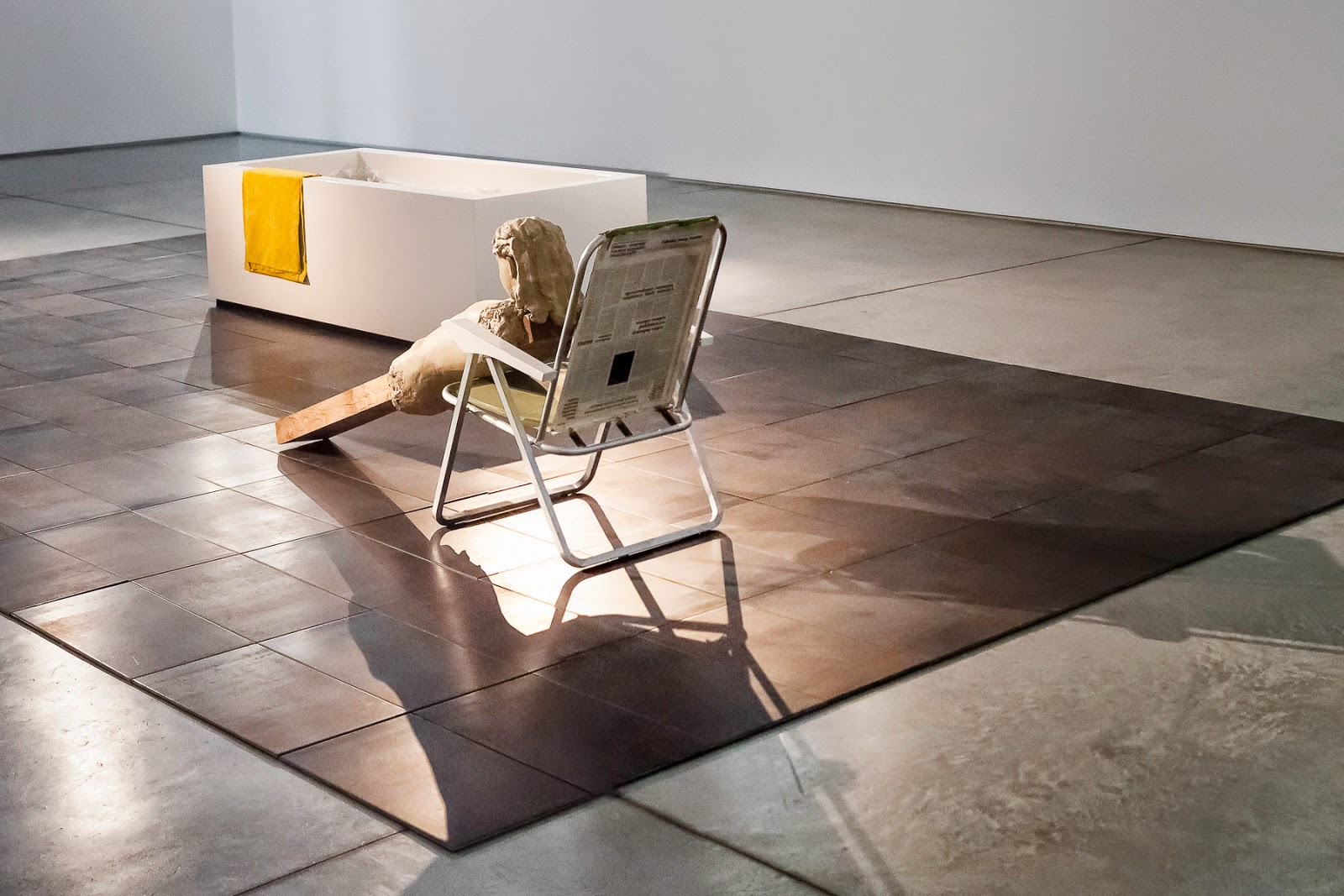 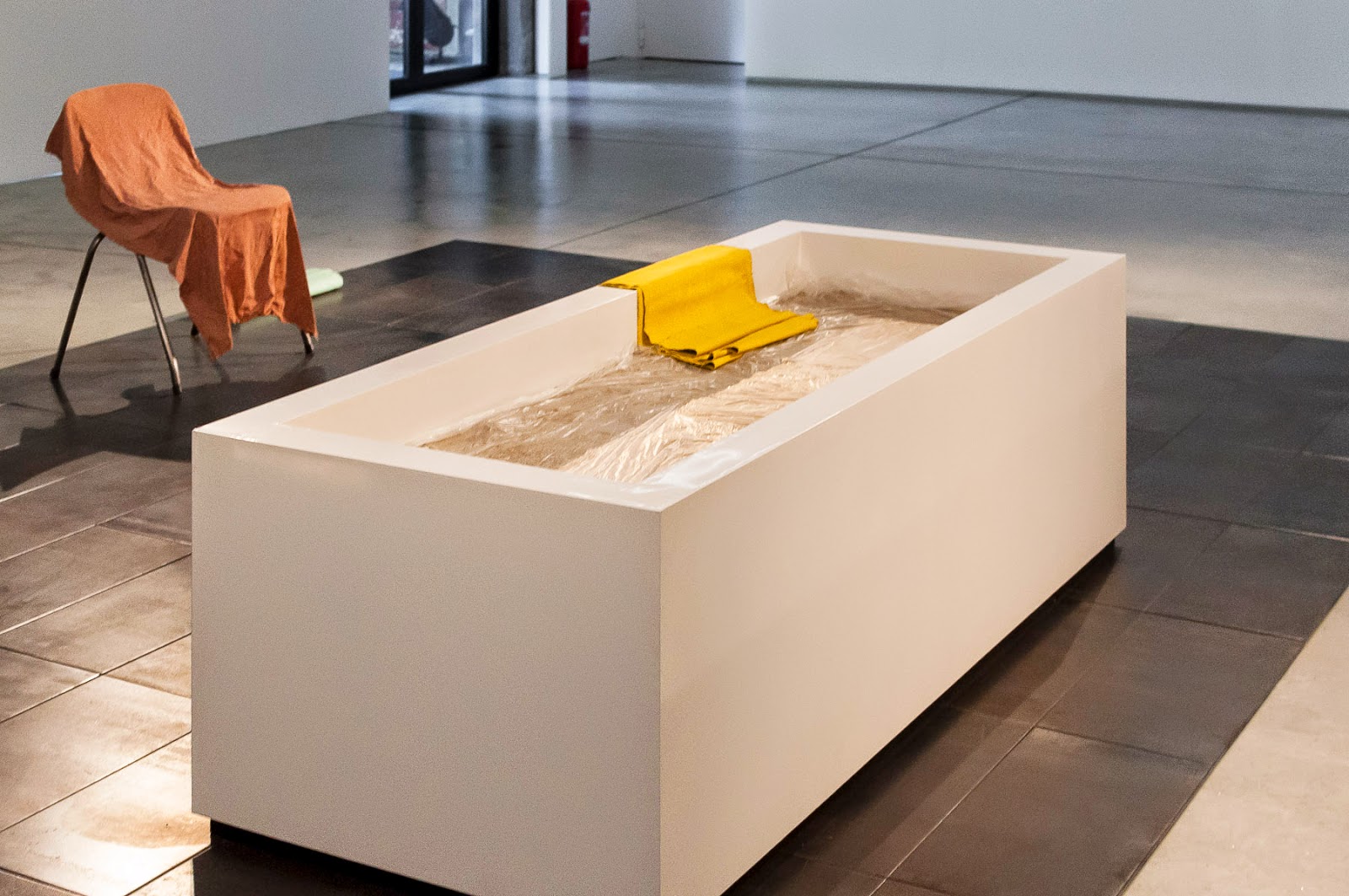 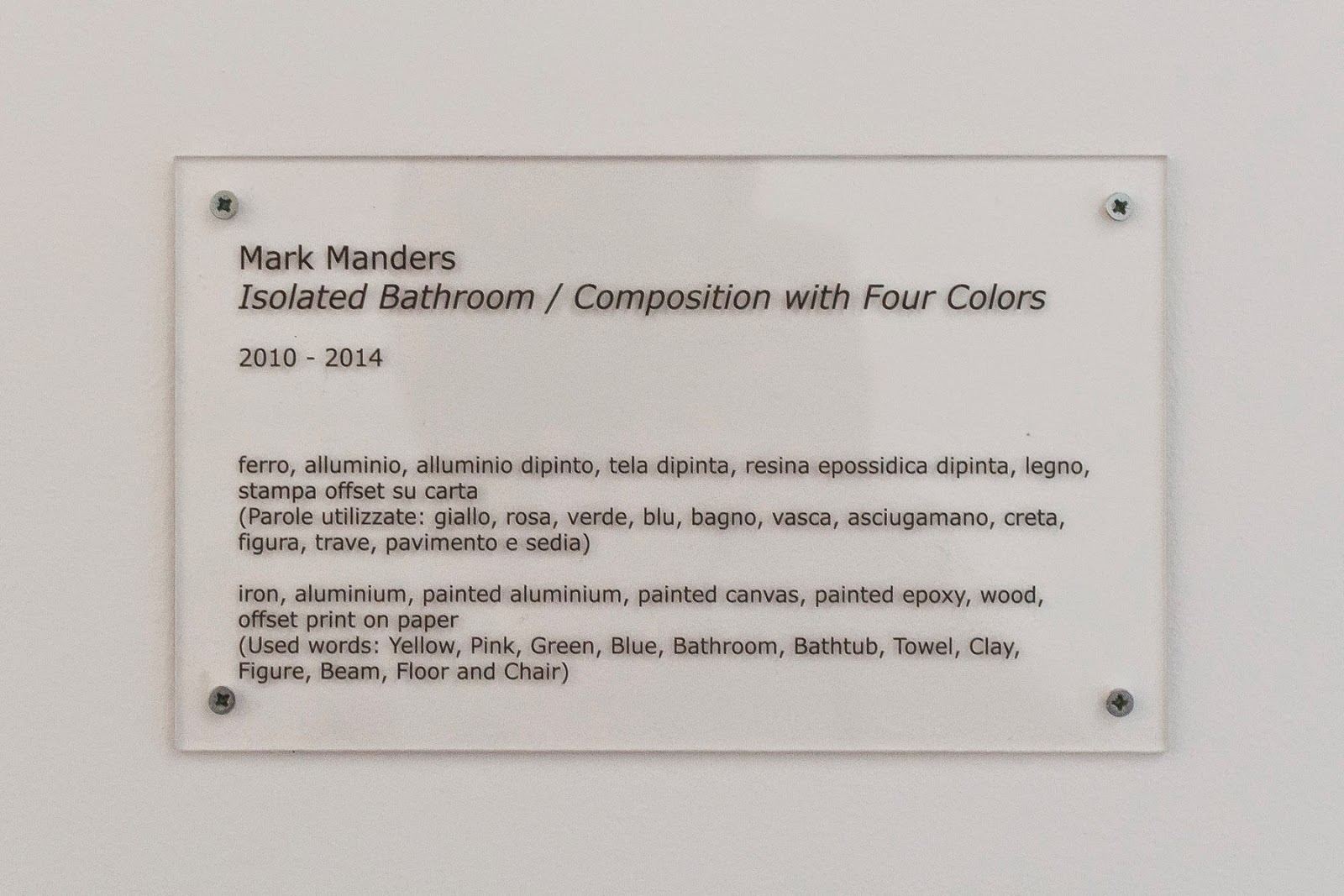 Mark Manders opens his 2012 volume Reference Book with the following note: “… I will continue to work on this self portrait, because that’s what it really is, and you are invited to trace it as long as you are alive”.

Found, re-constructed or better still re-invented objects are placed side by side with elements created by the artist in compositions which continuously and kaleidoscopically reveal novel organic constellations. These juxtapositions create a narrative, like the pages of a diary in a very personal artistic development.


Sculptures and objects are left to settle for long periods of time, even years, in his studio, and undergo on-going changes and transformations in a long process of gestation ending when they are placed in the space set aside for their installation. We may then talk about open artworks both in time-based and semiologic terms.

The choice of a material such as clay is consistent with the concept of an in fieriprogression; Manders employs it in his creations both as a mould for further developments with other materials (epoxy resins, casts) and as raw material for the creation of human and animal figures, which are broken or disjointedly incomplete.  Clay is the supple, pliable and shifting material par excellence. For Manders, art enables us to extract the naked shape of these objects, which work as catalysts of dreams and recollections, and are able to trigger an understanding of the world, not only for the artist, but also for viewers.


Hence the artist's definition of “self-portrait as architecture” within an on-going conceptual project. His first work from 1986, Self-Portrait as a Building, showed already all the central traits of his research: the transformation of the life of the artwork and its biographical development in the spaces of memory.


Cose in corso is the title that the artist has given to the project made for Collezione Maramotti, thus demonstrating its continuity with the tenets of his creative process

The mise–en scène of this large installation uses objects which are already present in other works (bathtub, chairs, the unfinished body laid out on the wood plank resting on the chair), which are here contextualized differently. The installation rests on the floor made of iron tiles which create a virtual environment inscribed onto the exhibition space. The outcome is the creation of a stage representation which – as indicated by Manders himself – may hold a “conceptual potential narrative in a total frozen theatre”.


A new element is the use of pure colour defining some objects present in the work as to underline the possibility of a strongly pictorial gesture within a sculptural dimension. The project Cose in corso is accompanied by an artist's book completely devised and made by Manders and published by Roma Publications, the independent publishing company founded by the artist.