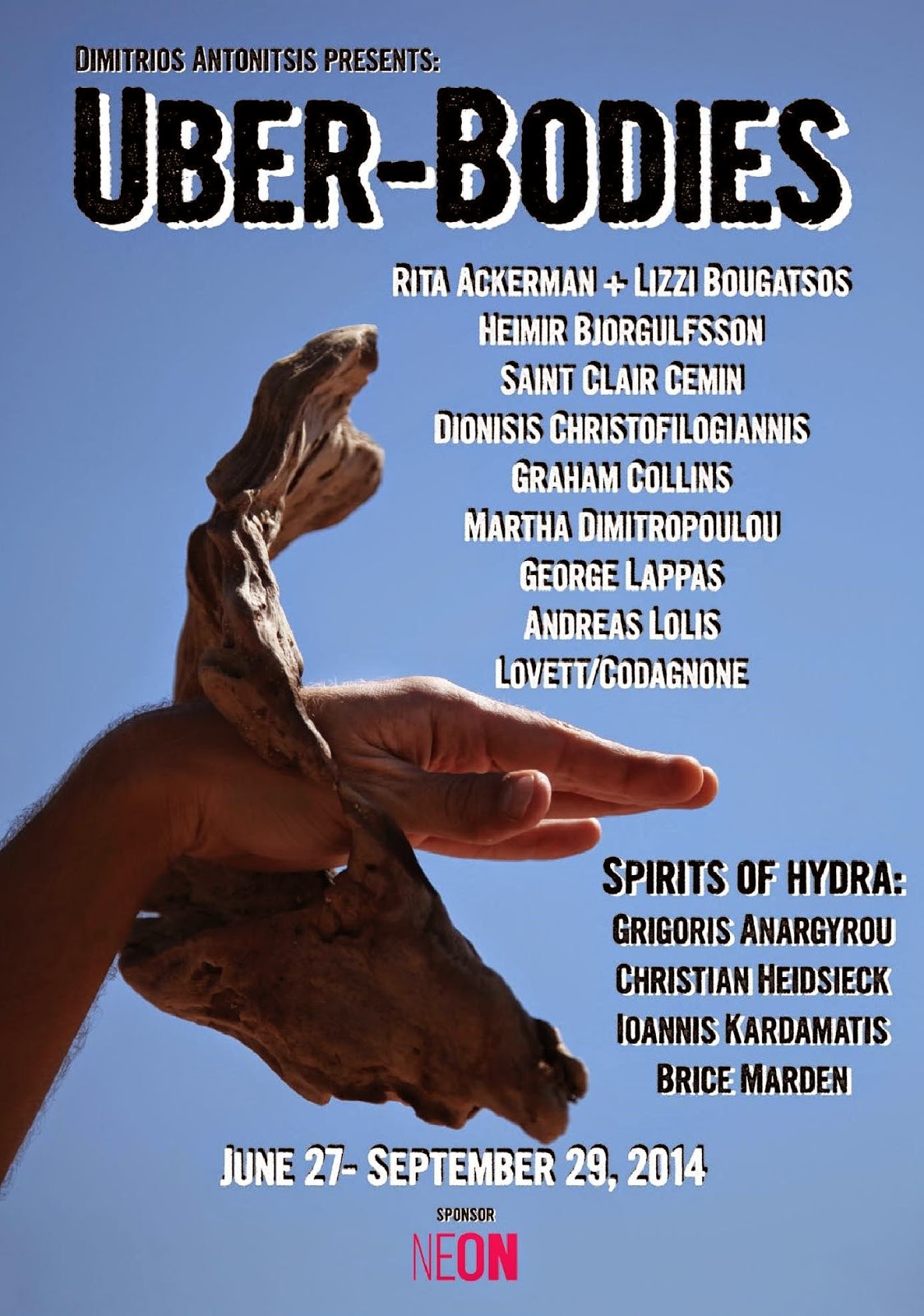 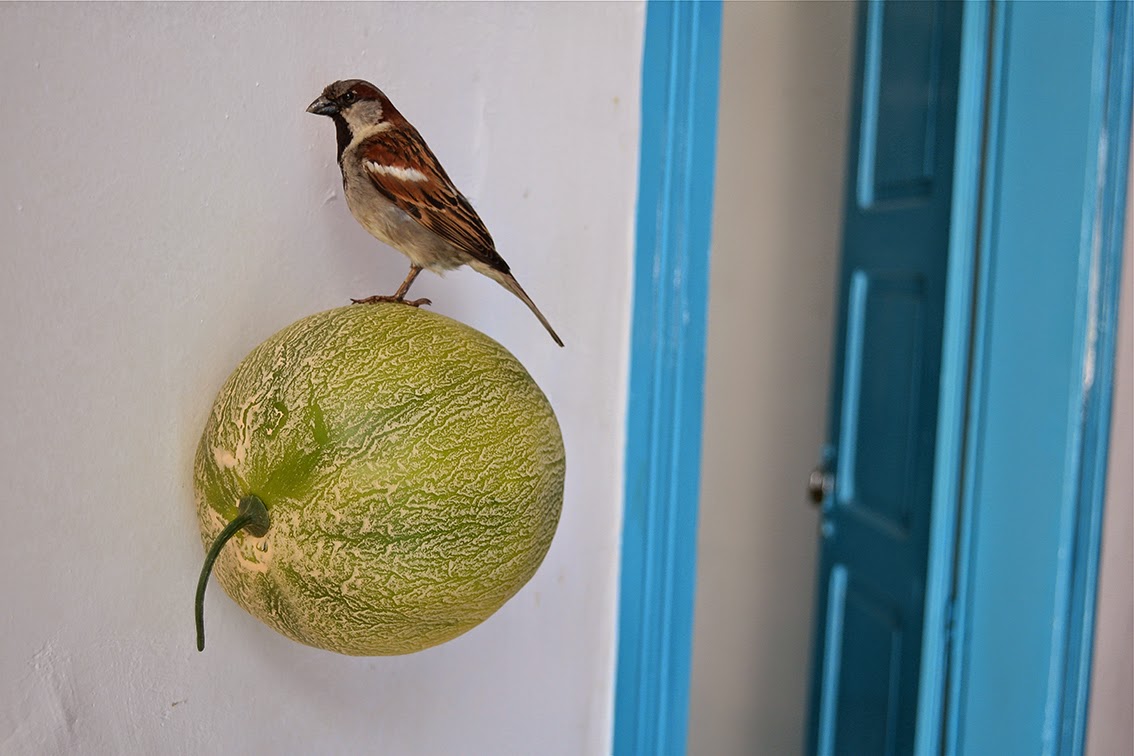 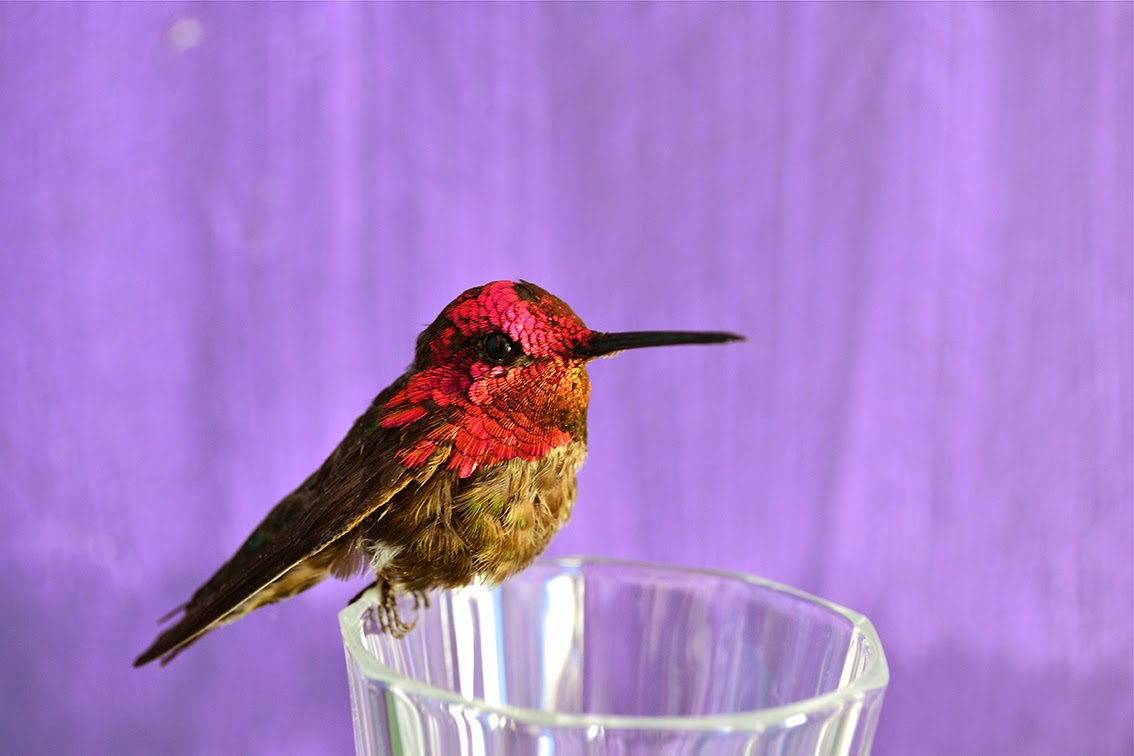 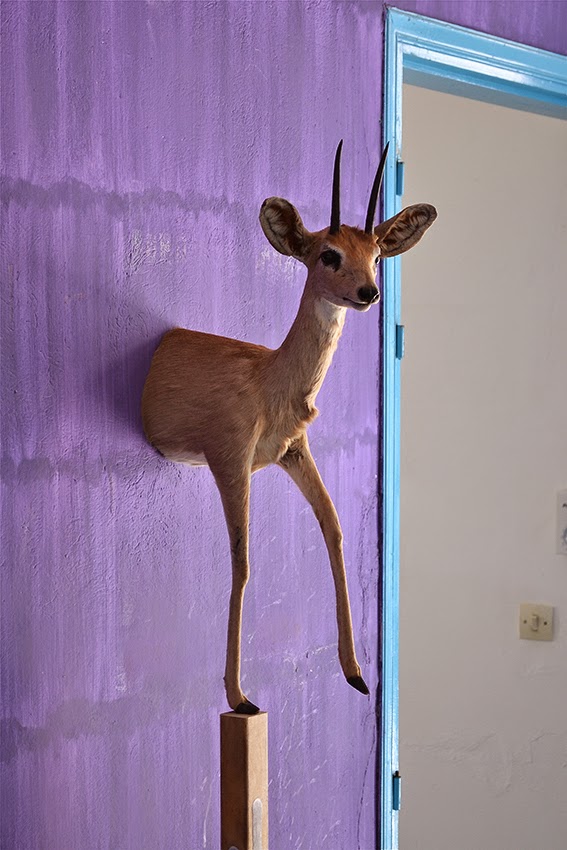 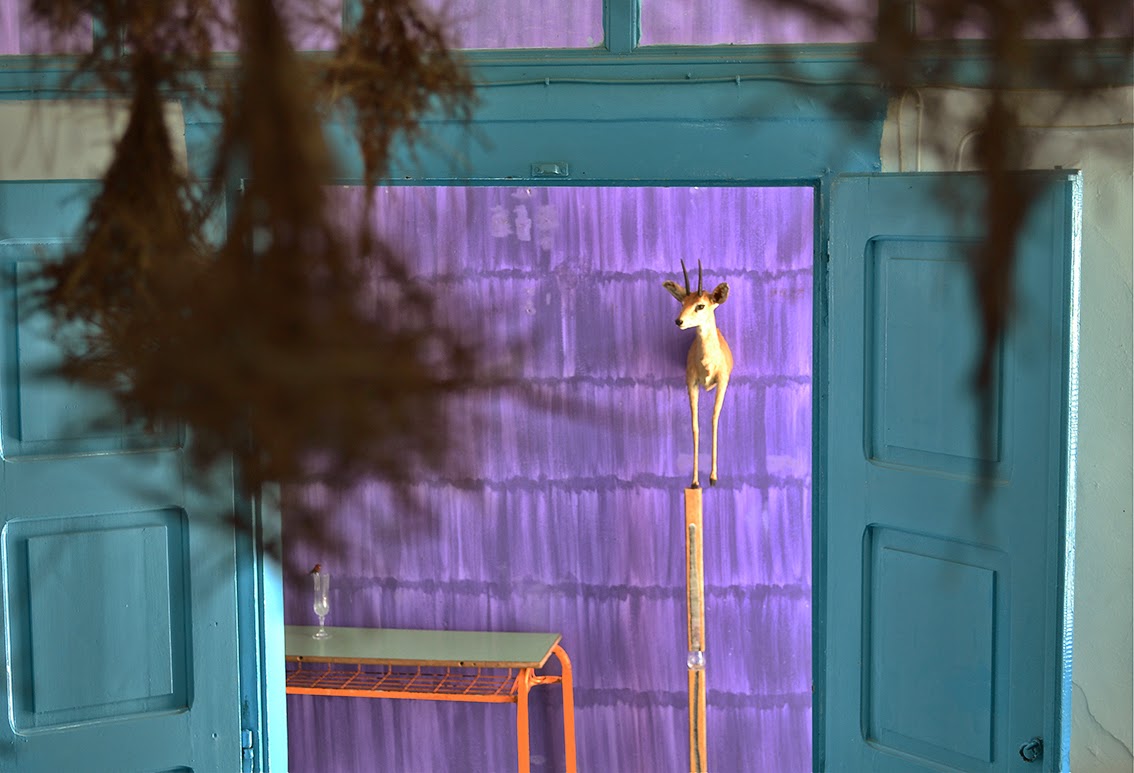 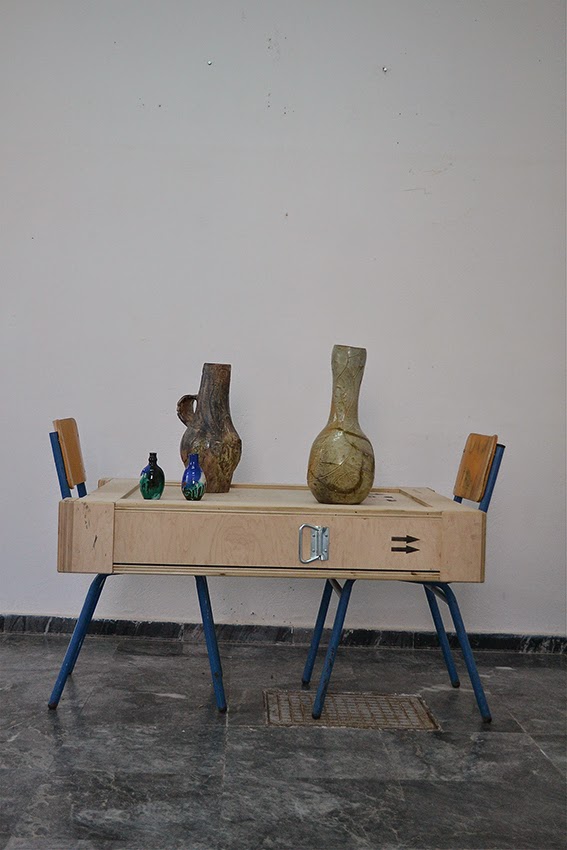 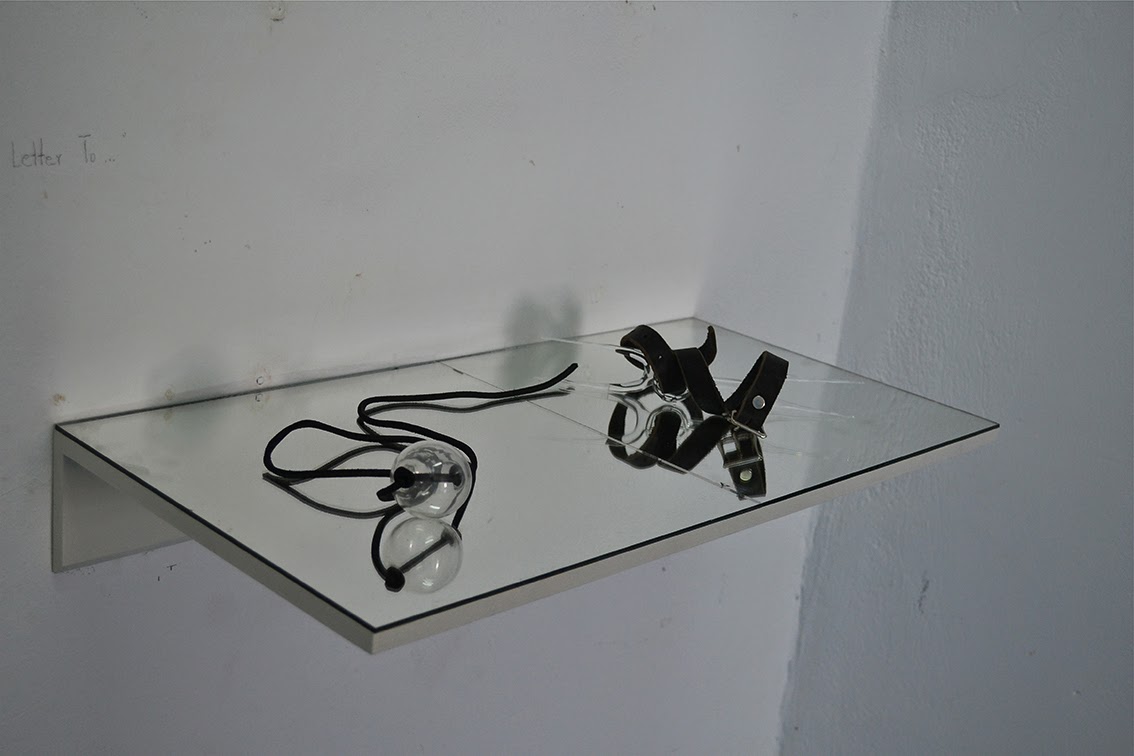 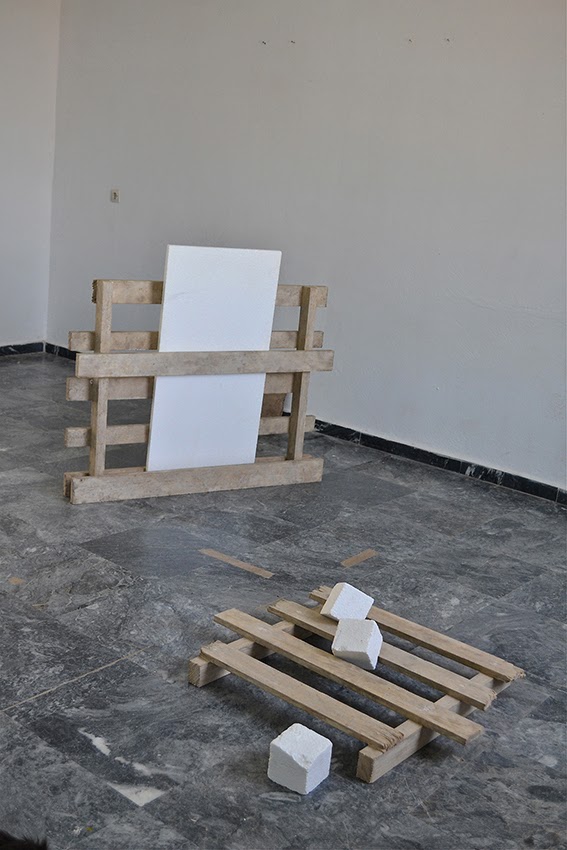 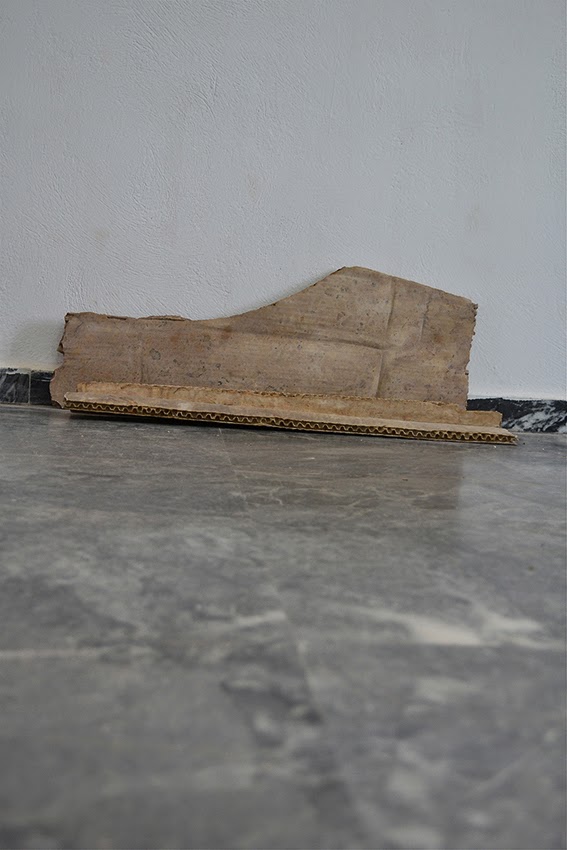 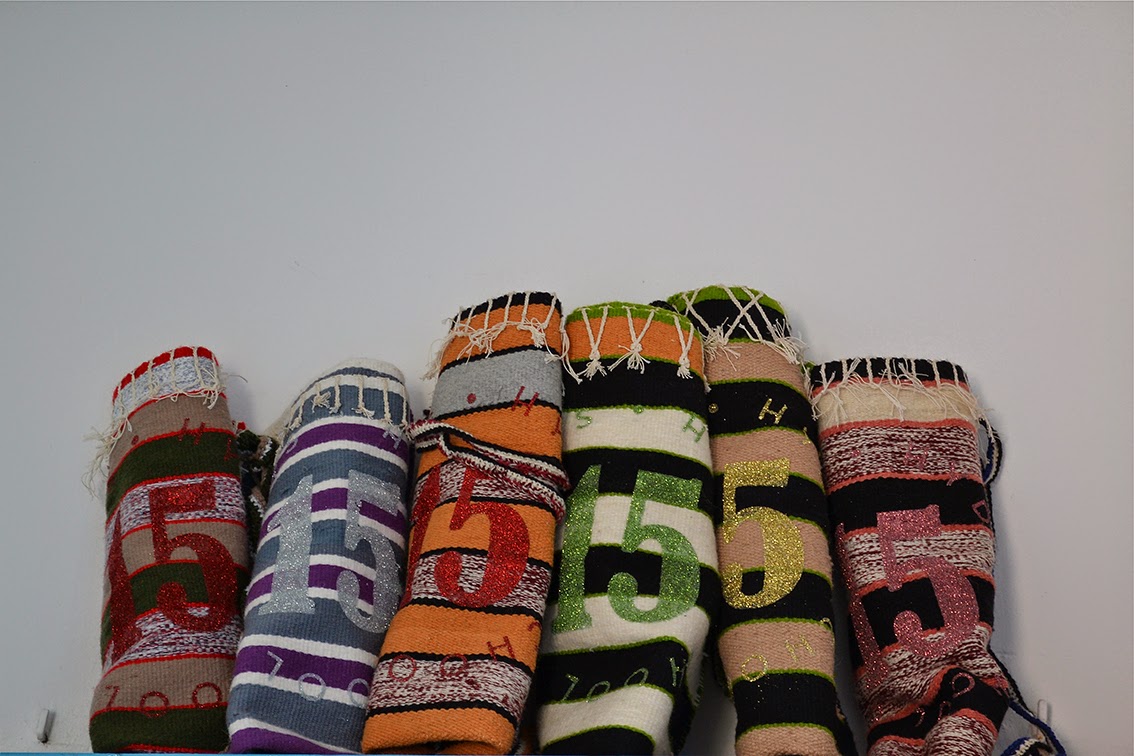 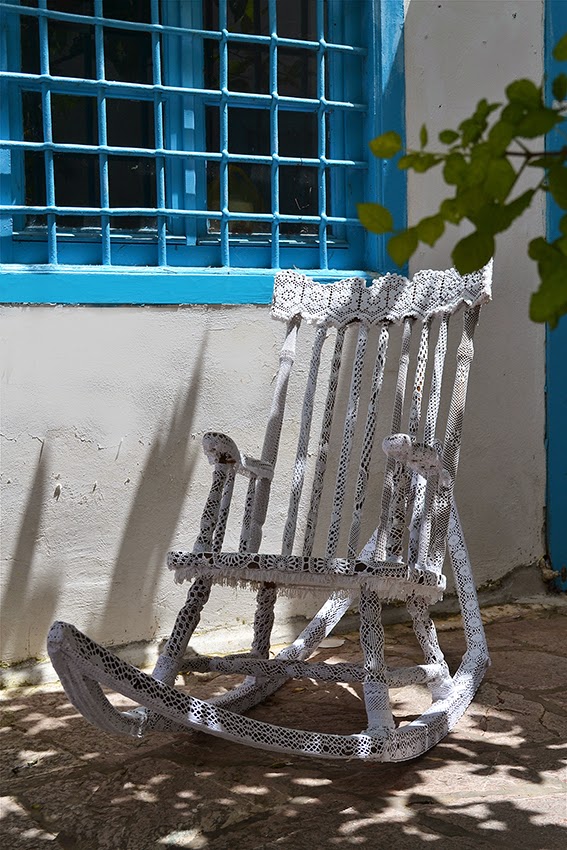 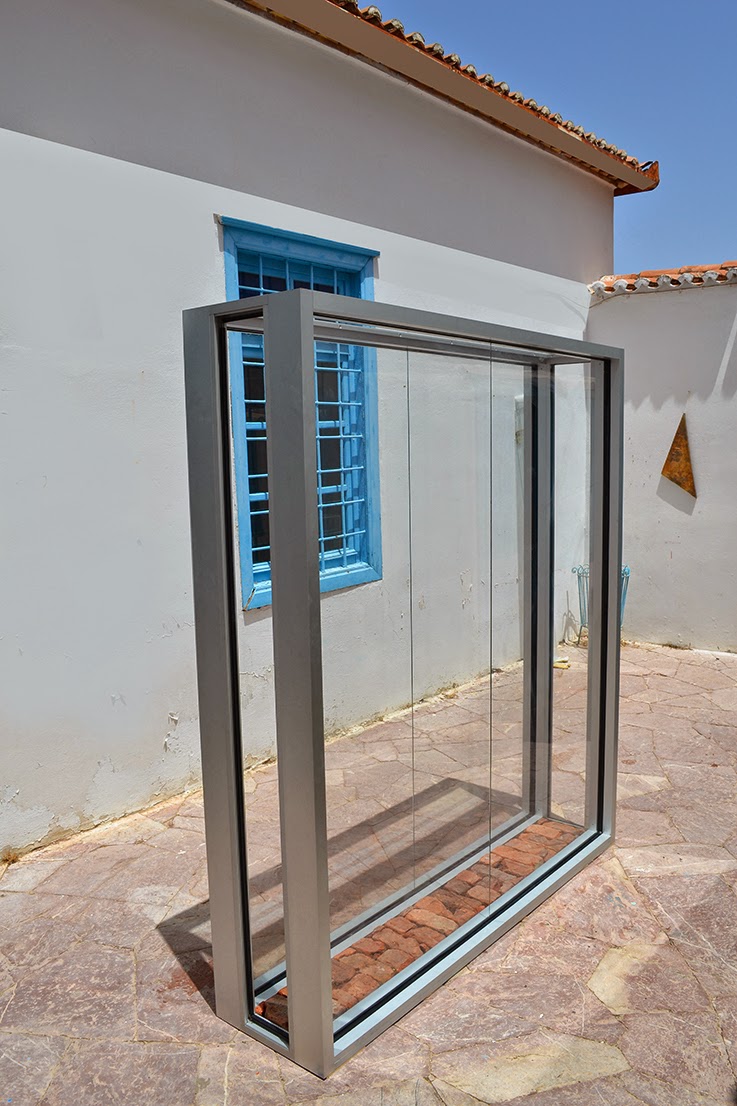 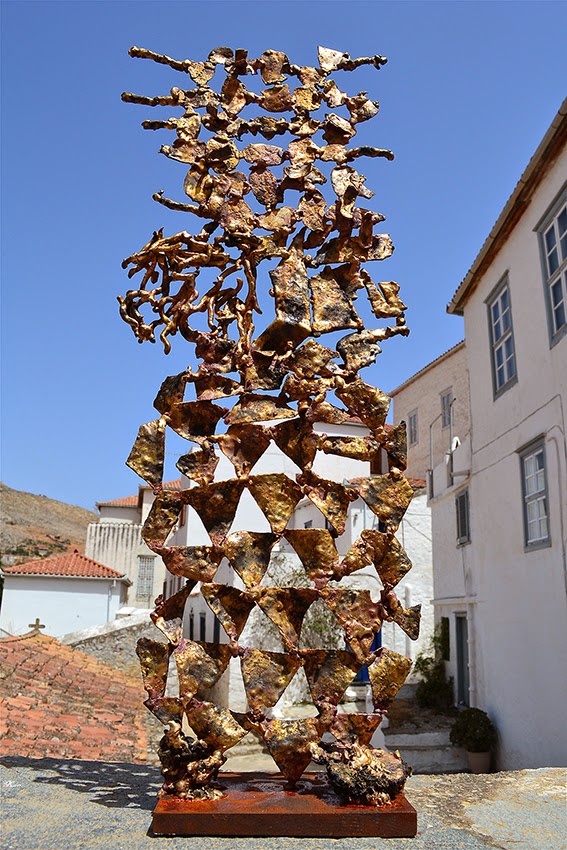 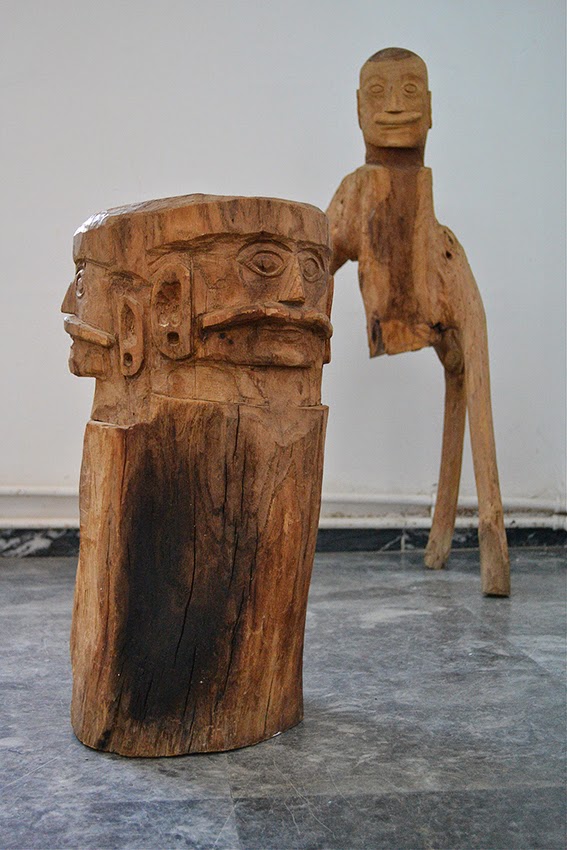 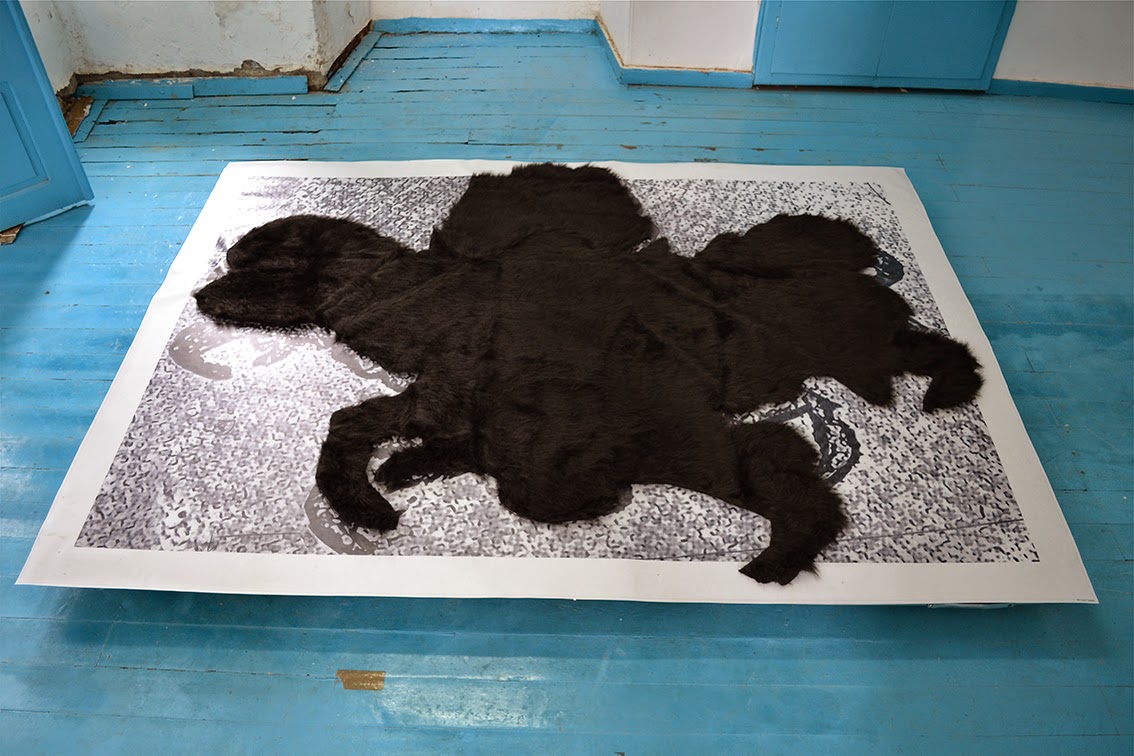 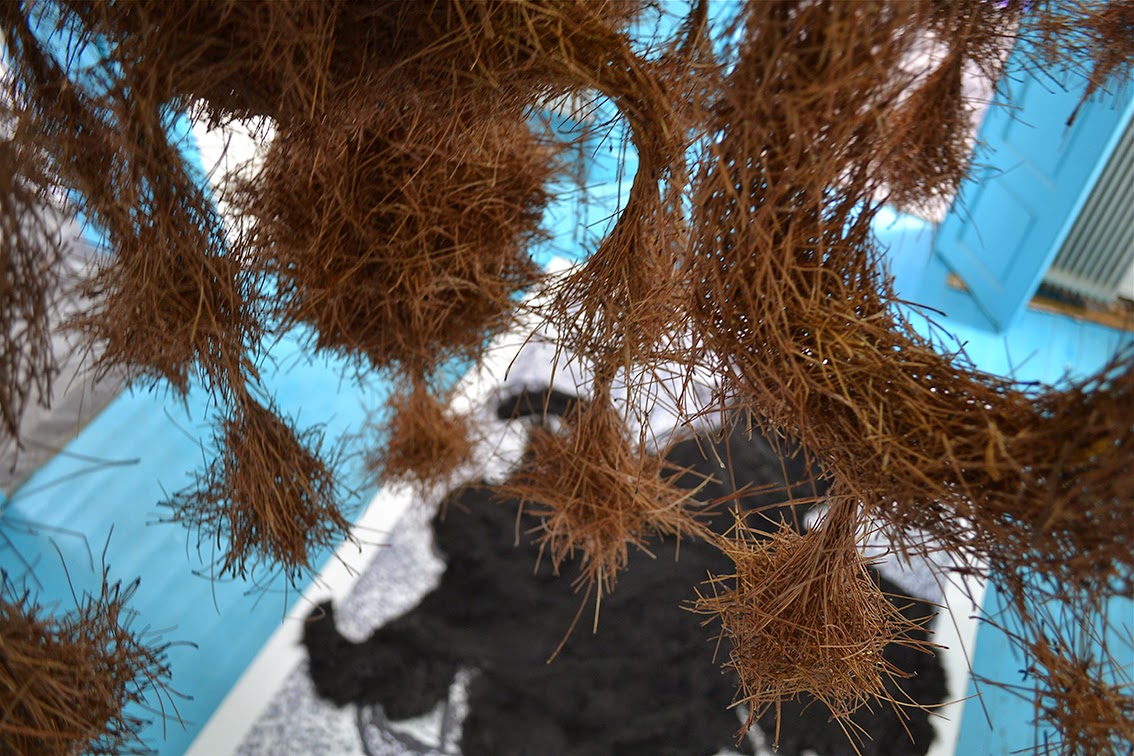 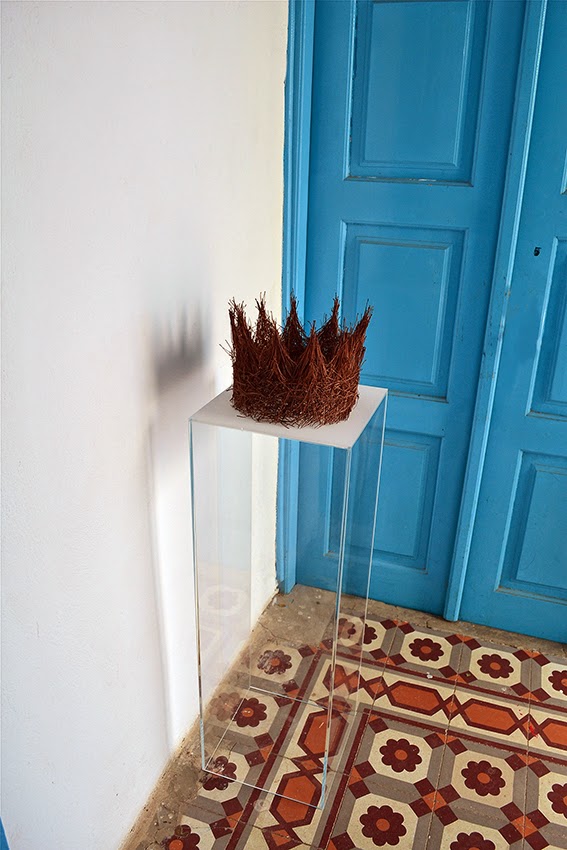 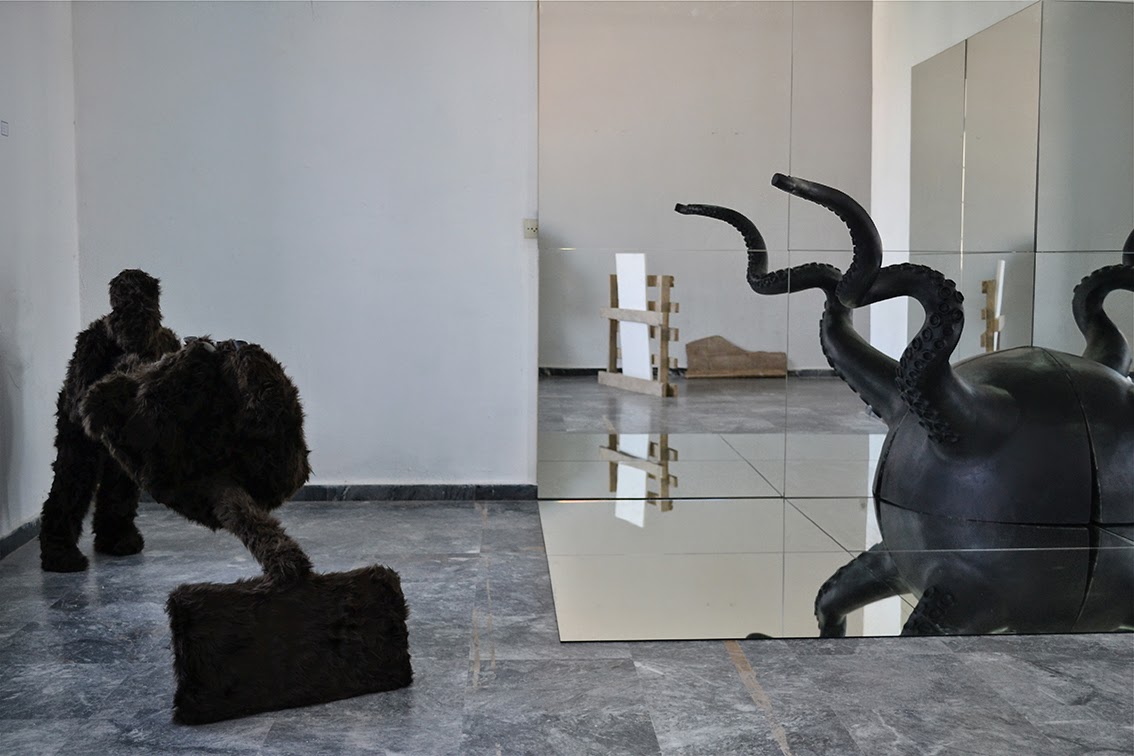 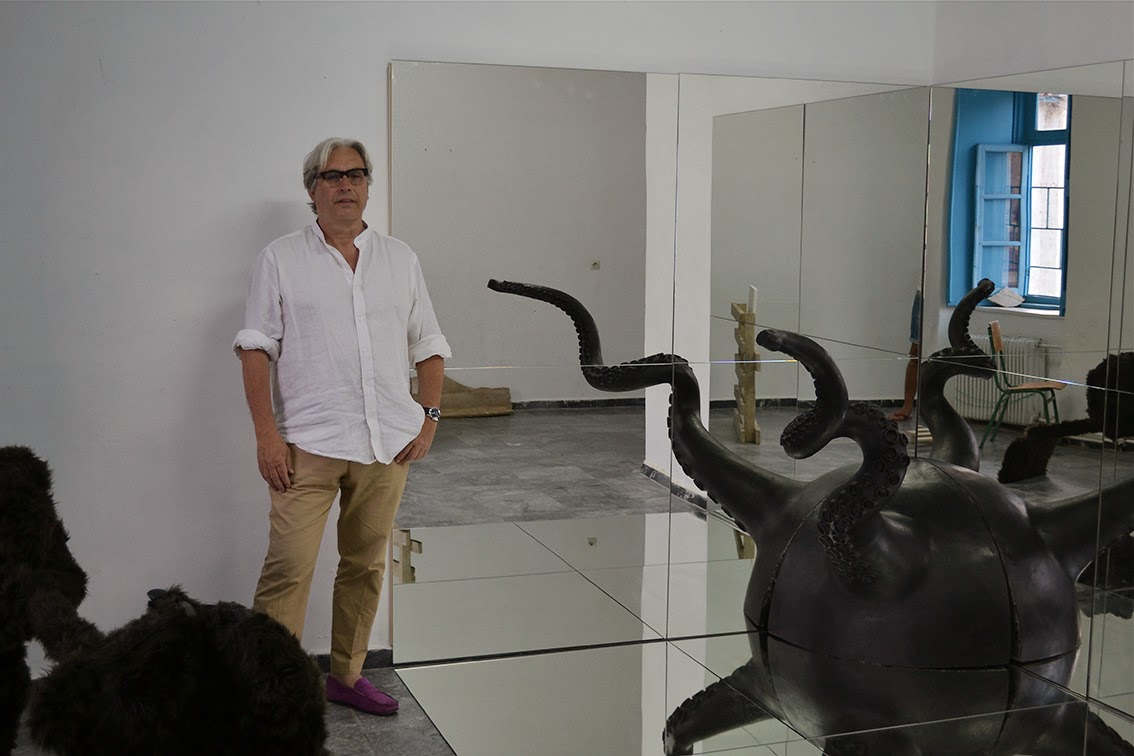 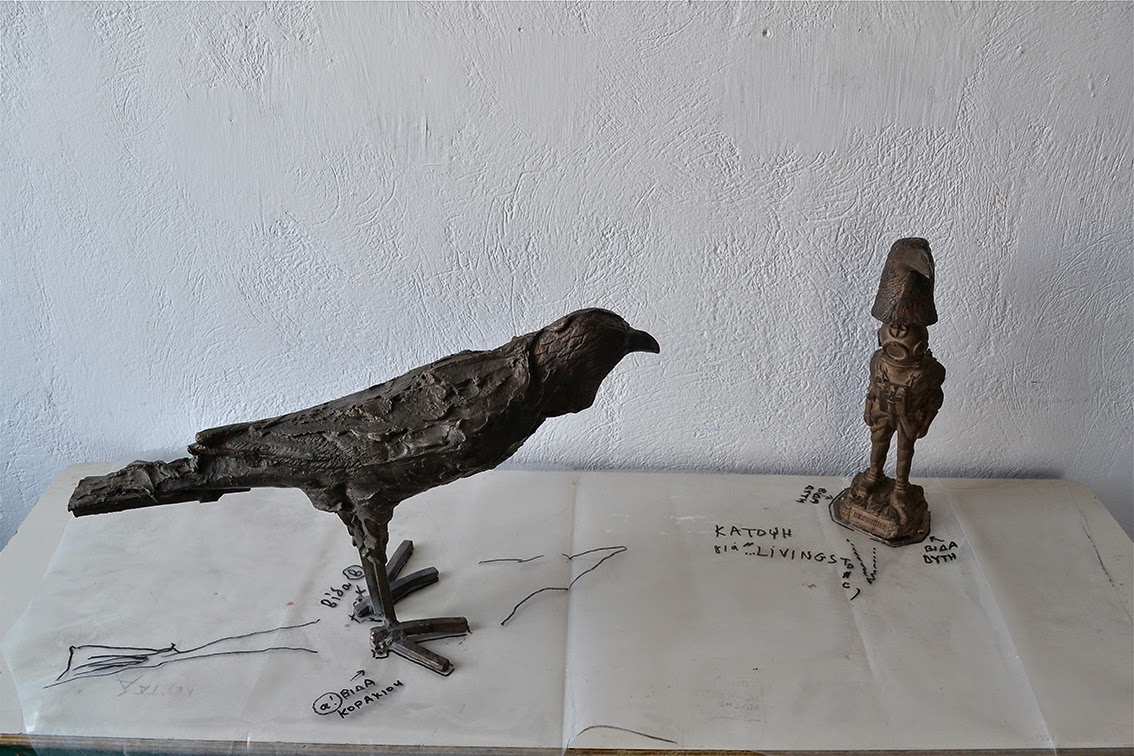 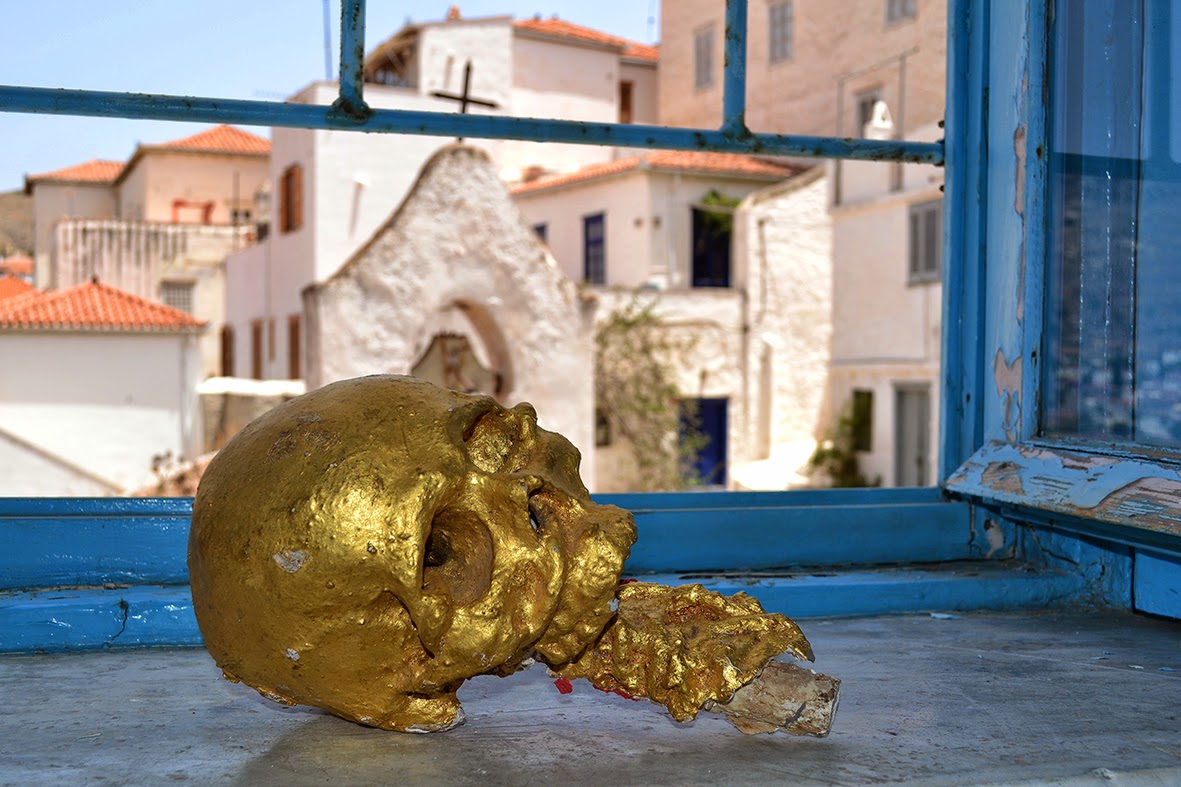 “…The contemporary body resembles a flame...
It entwines itself with the public body and burns with the same heat,
shines with the same light as other body flames…
One day, it will detach itself completely from the uber-body and vanish…”
(Pierre Lévy, Virtual Reality)

For the 15th consecutive year Dimitrios Antonitsis curates the summer show at the Hydra School Projects.  This years exhibition is titled Uber-Bodies, focusing on different takes of contemporary sculpture.

The exhibition addresses the transcendence of form, as this is instantiated within Hydra’s landscape and Grecian light. More often than not, our mind perceives space and form in its own individual way. Frequently we attribute this to chance, to the incomprehensible or to the envisioned. What can be seen is not what really is and maybe that’s the way it should be. The manifestation of form is simply the critical mass of a feeling. Quoting the Finish architect and thinker Juhani Pallasmaa “…form only affects our feelings through what it represents…”. True to this line of thought lie the sculptures of George Lappas, Saint Clair Cemin and Graham Collins, created specifically for this exhibition.
Their way of organizing matter does not really differ from a system of esoteric communication. Cemin's Cherub out of mirrors and fiberglass creates a sensory link between mind and sentiment. Collin's aluminum/glass/brick temple being placed at the HSP' s back yard exudes a melancholic eroticism whereas Lappas' giant synthetic fur Sketching Crabs brings up an emancipatory discourse on matter and material (in times when a singing drag queen, Conchita Wurst, with facial hair can turn the European Song Contest into a political stage).

Form, as a manmade intervention to the essence of the already existing object (or even building) characterizes the works of Dionisis Christofilogiannis, Martha Dimitropoulou and also of Heimir Bjorgulfsson making his first appearance in Greece. Christofilogiannis 'tailors" the gate of the Sachtureion mansion with traditional lace casting his uber-handcrafted abracadabra (in Aramaic: I create as I speak). Martha Dimitropoulou addresses the dichotomy of humility versus luxury employing dried pine needles to form a crown and a chandelier. Last but not least  the sculptures of Heimir Bjorgulfsson tiptoe through fractioned taxydermic balancing acts and crystal clear sentimentality.

Another section relates to the ancient Greek concept of the “ideal” in respect to human nature  and the construction of the perfect form:
The artist duo Lovett/Codagnone, creating sadomasochistic accesories out of glass, revive this/their relationship (absolutely obeying to Leopold von Sacher- Masoch...) Andreas Lolis, on the other hand, cheekily deceives his audience, in an attempt to conceal the true nature of his artworks: The quintisessence of the counterfeit, the marble imitating cardboard and wooden boxes/objects, harks back to Michalangelo’s rendering of the divine as something ungraspable  by the human condition.

As a special treat for the 15th year anniversary of HSP, Antonitsis creates a wunderkammer with island treasures from the 50s,60s and 70s under the title Spirits of Hydra.
The school classroom that welcomes the section Spirits of Hydra, relates to the sensation of the physical) and its disembodiment. The motto here goes «out with the intangible, in with the substantial ».
Christian Heidsieck, Brice Marden, Ioannis Kardamatis and Grigoris Anargirou all successfully depict the magic of Hydra with great purity. Marden, employing an olive leaf, Kardamatis using gold filaments, Anargyrou through the use of carving pine trunks and Heidsieck firing clay. They lead us to another dimension, escaping the mundane and touching the sublime. An exclamation of virtue and soul. Let it be noted here that Anargyrou knew only to carve two letters of the alphabet, his initials.

A catalog of the exhibition will be published in the form of Greek school composition book.