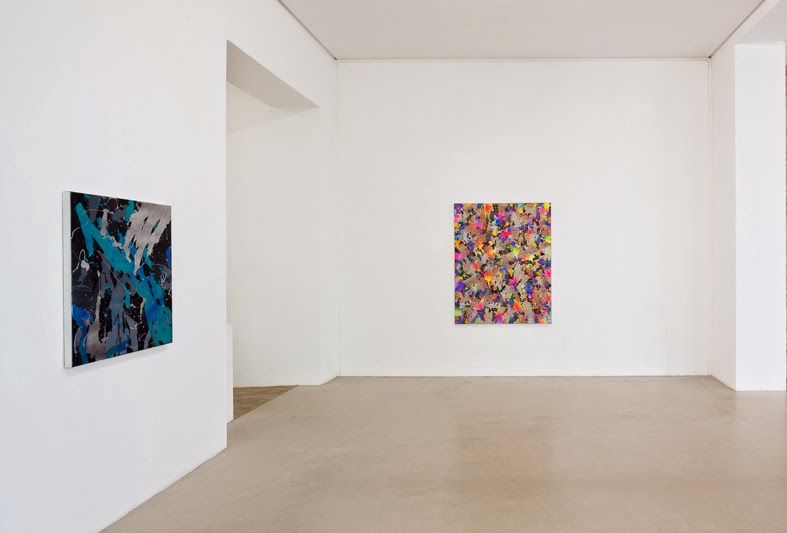 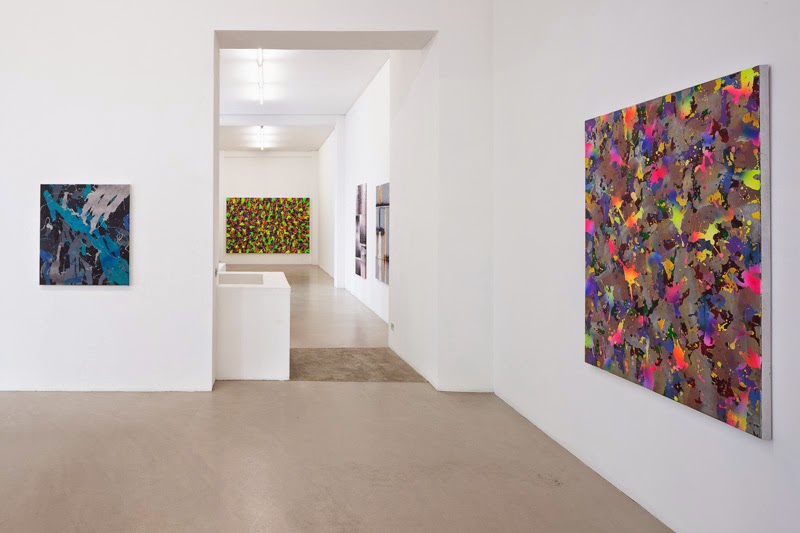 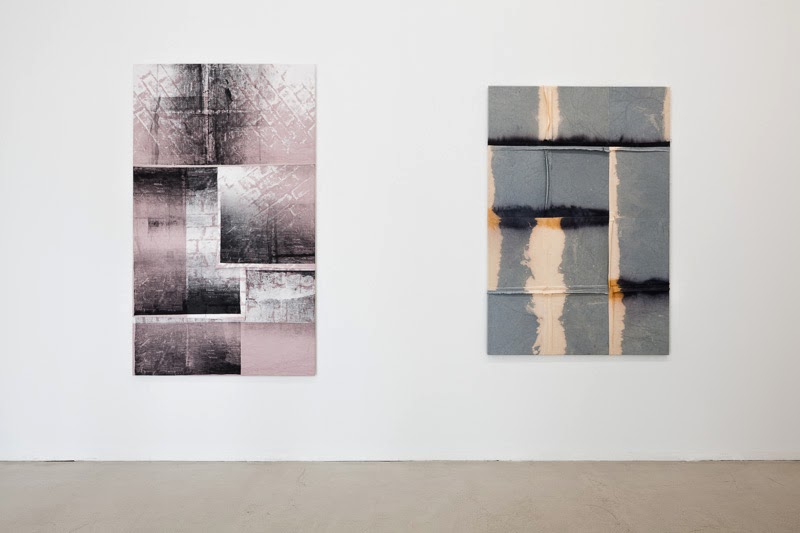 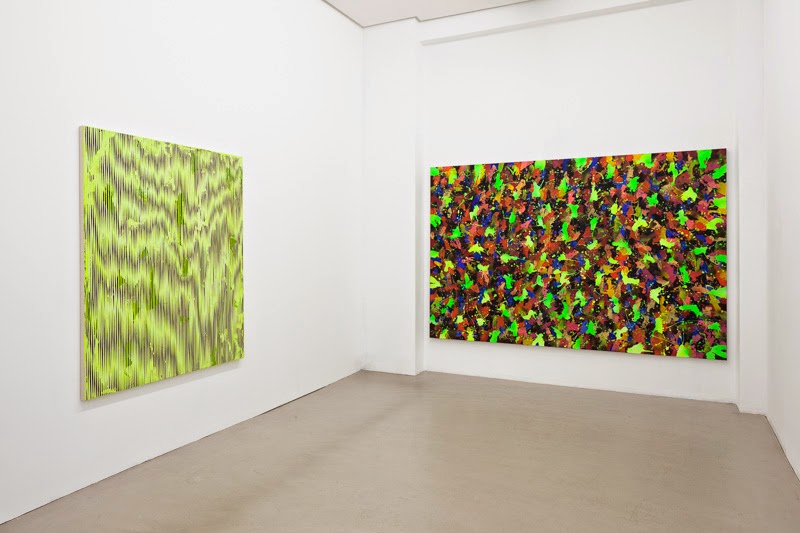 Three positions: canvas, wall, hand.
Each like a station in the act of painting.

No brushstrokes, but a raster (Latin, “to scrape”) of dots on black gesso ground —
dmk m02, dmk m03, dmk m04 (all 2014). Their gesture? A pulling away of overlain surfaces
like living lamina, or skin, in the invention of after-effects. In Julie Oppermann’s
images, every choice, every selection of options brings about a myriad of visual
transformations like an act of mechanical reproduction found in nature. What is
screen-printing, but the extrusion of pigment through woven mesh and stencil? As
successive layers peel away, there is a palpitating superimposition of incremental
shifts. 1404 (2014), a patterning out of layered screens, rendering relations like quantifiable
numbers. Working at a remove from the picture plane — though she carries
out systematic rotations by hand — the image shifts and remains unsettled as the
gaze drifts back and approaches again.

Painting acts of its own accord. What it does is adhere to surfaces and won’t
let go, it’s an unrelenting autonomy of things and acts. Infinitesimal specks of wet
paint make contact and disperse. To say, one paints while blind, it’s a kind of willful
darkness, a darkending of perception. For Yorgos Stamkopoulos, is it a letting go, or
escaping all manner of control. In 1913, Marcel Duchamp dropped the thread and
the meter curled and resisted the straight line, which gives it it‘s measure, 3 stoppages
étalon (3 standard stoppages).With Supersonic Psalm (2013) an invisible process
produces visible artifacts, a vivid camouflage of dark and fluorescent hues in highcontrast
color dispersion. An anti-mimetic abstraction, or an arbitrary dropping of
color; his hands operate at a remove from the ground, which the materials mask,
dissimulate, cloak.

Alexander Wolff’s Berlin, The Big Canvas (2012) is a screenprinted canvas nested
into the very wall that supports it. A movement from the inside out, an back again,
the work makes reference to painting’s base while gesturing beyond it. Indeed, a
“nested” painting then: To nest is to burrow down, to be embedded, but embedded
in these traces on the canvas is an act of deferral, a resistance to participate in the
very act of painting. In his black untitled painting from 2011, he stitches a line with
a sewing machine. However, up is not fixed anymore; it is relational. Like the grid of
seams, rotated at 90 degrees, its tracks and folds are replicated with a glittery topstitch
he has rendered by hand, producing a layer that hovers above ground. An
intentional drawing out of accidental seams.

Moving through the galleries, these works reveal differing outcomes, interlacing
relations between doing, making, seeing. Yet in aggregate, they remind us: there is
no ground, only one that shifts.