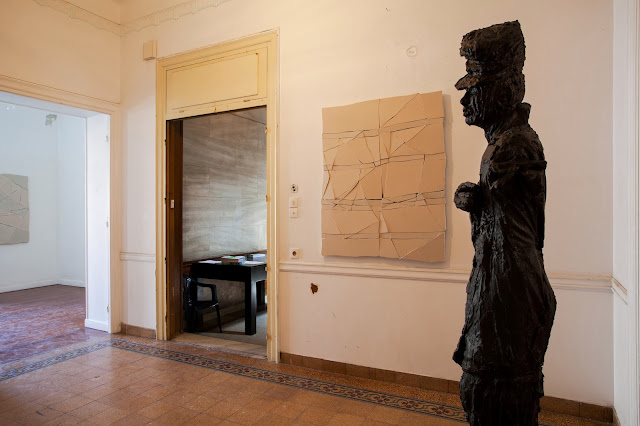 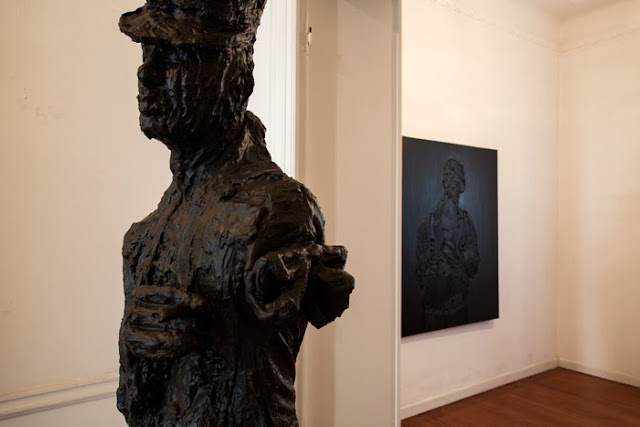 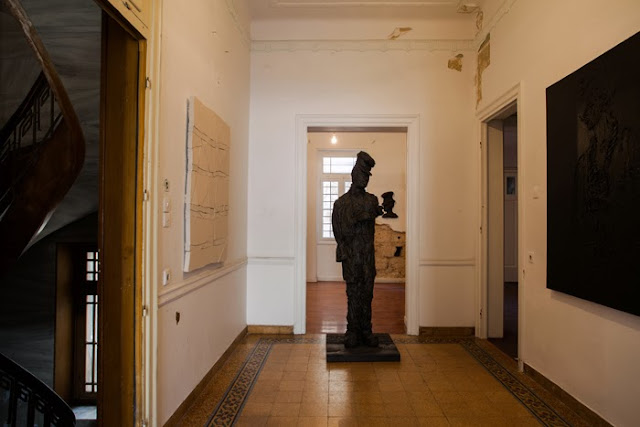 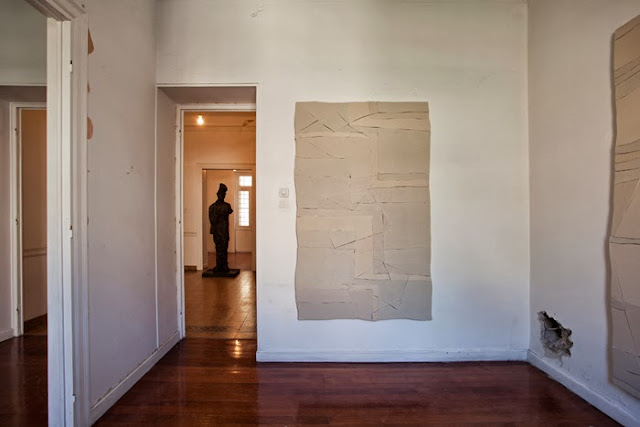 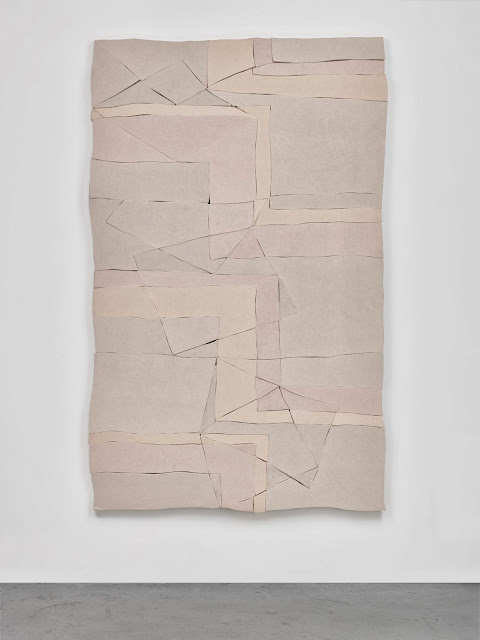 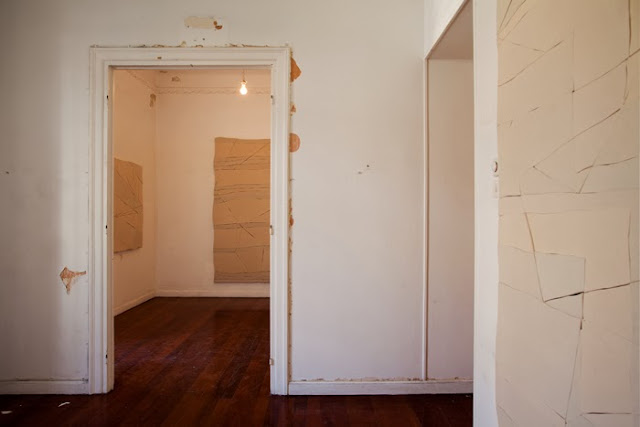 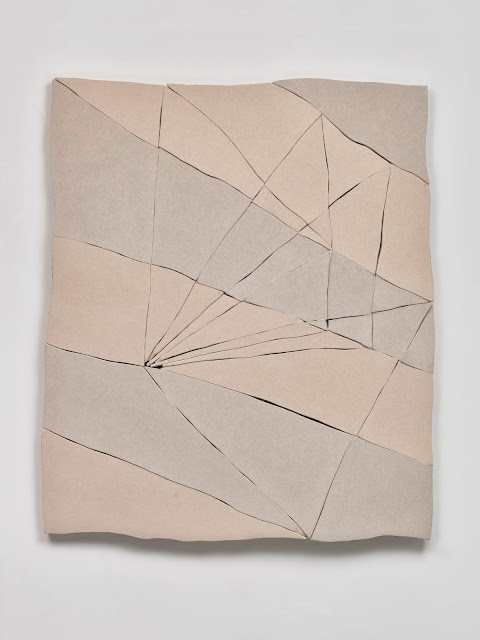 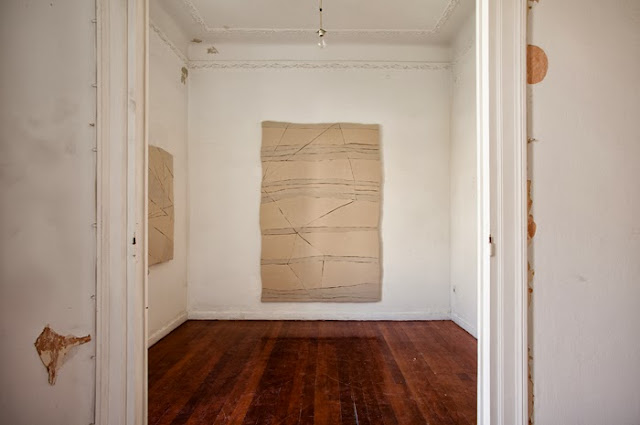 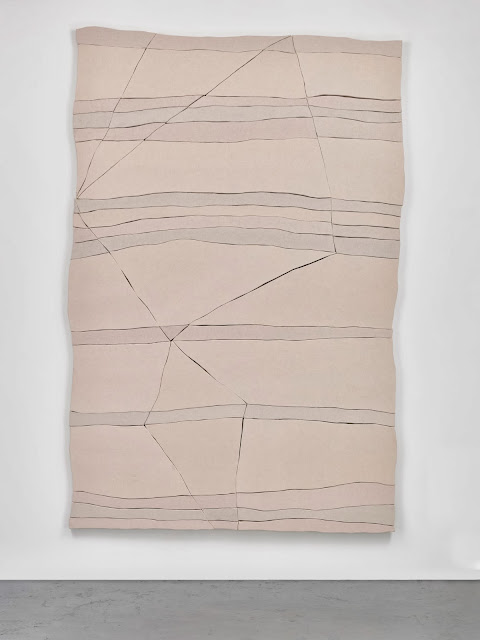 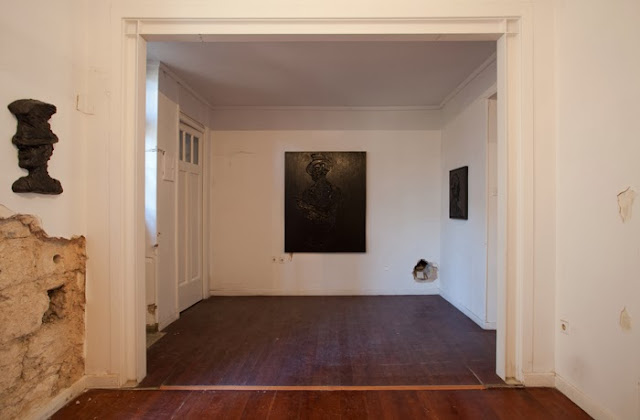 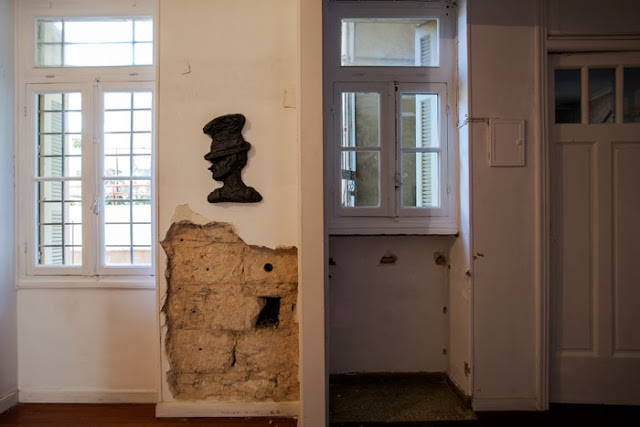 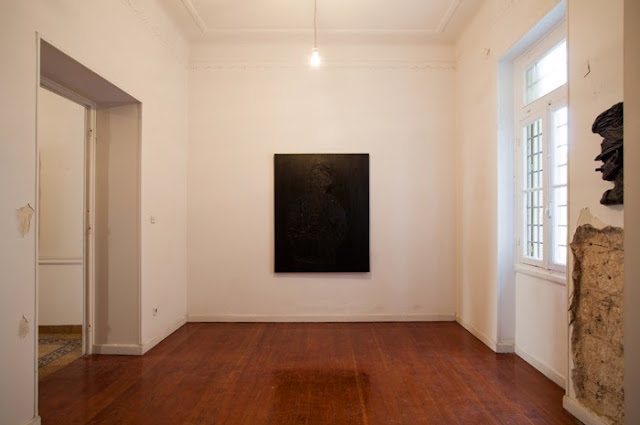 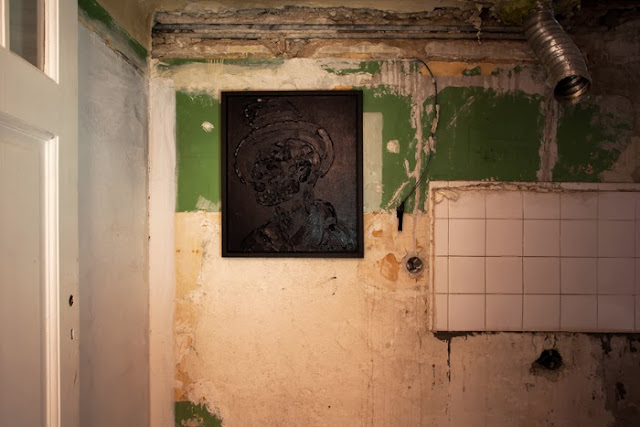 WYATT KAHN – STILLS
My paintings consist of forms and gaps. I build the forms by cutting shaped MDF stretcher panels and covering them with raw canvas. Assembled and bolted together, the three-dimensional forms visually flatten out and become the compositional elements of a two-dimensional picture plane. The gaps between the forms subsequently appear as lines within a geometric pictorial composition.
My paintings thoroughly integrate pictorial space with that of the object. Each shape within the composition is the shape it is, but it also depicts the shape it is. Each composition’s linear aspects—the edges of the forms—purposely both create and disturb pictorial perspective. I use raw canvas to focus attention on these shifting formal and conceptual relationships.
In ReMap4 I will present five new works: two large (91 x 60 inch) paintings, one medium (72 x 49 inch) painting, and two small (49 x 40 inch) paintings. These canvas on canvas works will function, individually or in groups, like series of still images from an animation. The medium and small paintings, for instance, will each be divided into rectangular sections, with each section’s linear elements varying slightly from the adjacent section. Together, these sections will suggest a moving line drawing. The individual sections will also cohere to create a unified and unique composition for the entire painting. The two large paintings will each function like a single still that build a sequence when paired. Installed, these two works will face each other and present the illusion of compositional movement from one painting to the other.

WESLEY MARTIN BERG – SHADOW KINGDOM
shadow kingdom is a new body of work made up of painting and sculpture.The imagery in these works is the representation of a singular character (the hobo) that I have been working with over the past 5 years. This ambivalent character is mostly hidden behind this own vignette made up by a hat and overcoat, masking his real thoughts and identity. My character is an evolution of this american archetype made famous by writers like walt whitman and jack london and through american comic strips and films. The importance of this character is in metaphor, in social fluidity for freedom from social code and ethos. The shows title shadow kingdom was chosen to describe this attitude.