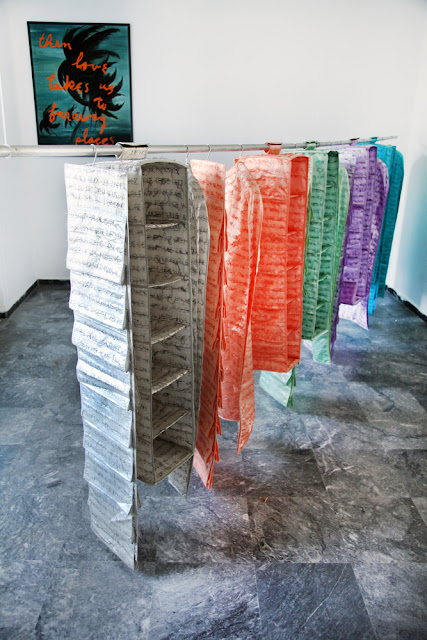 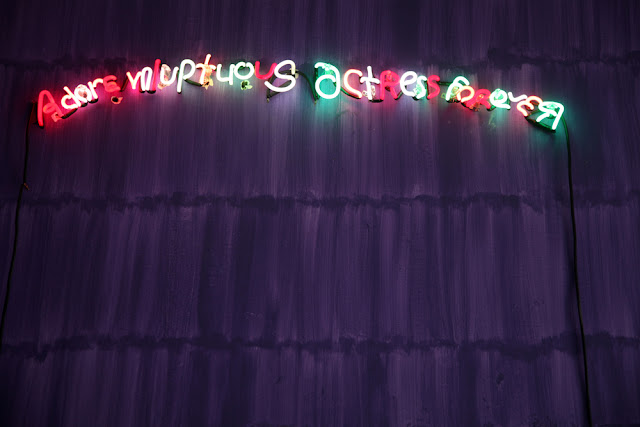 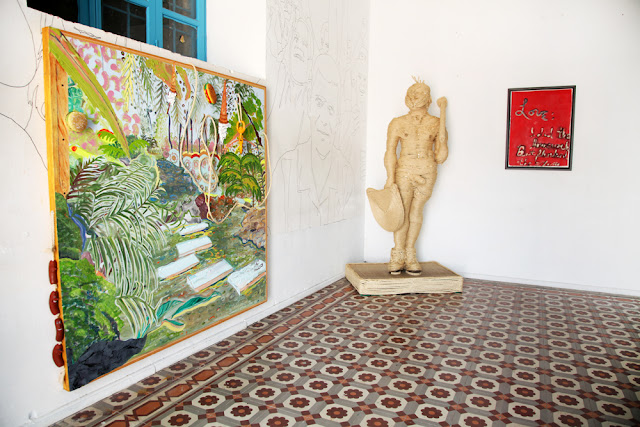 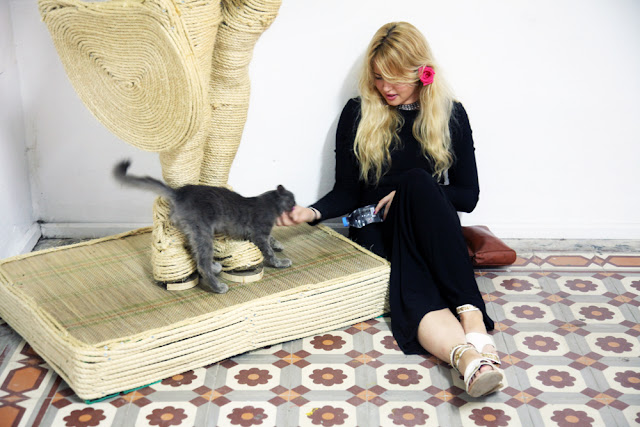 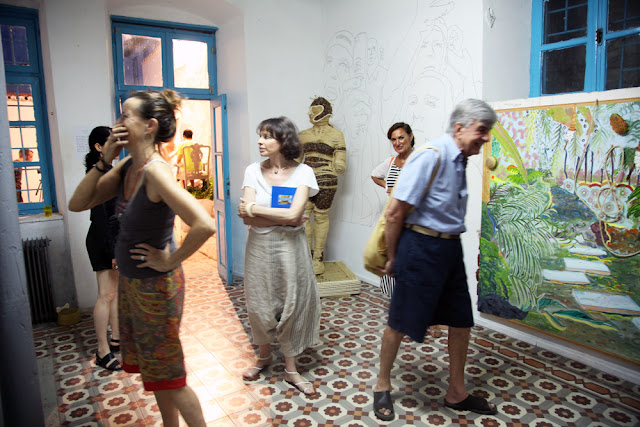 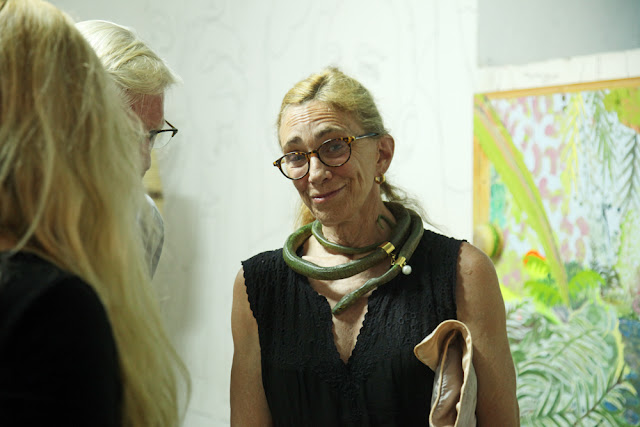 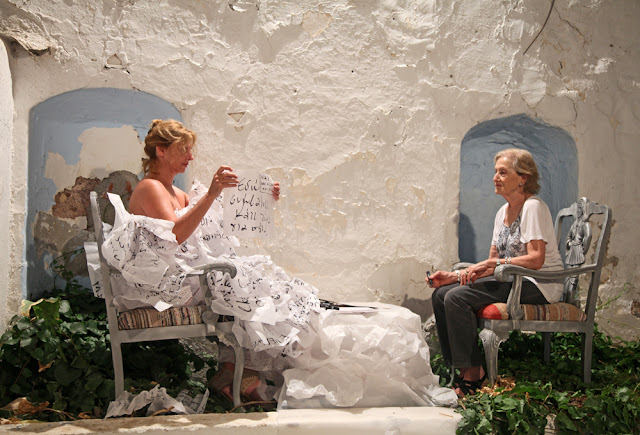 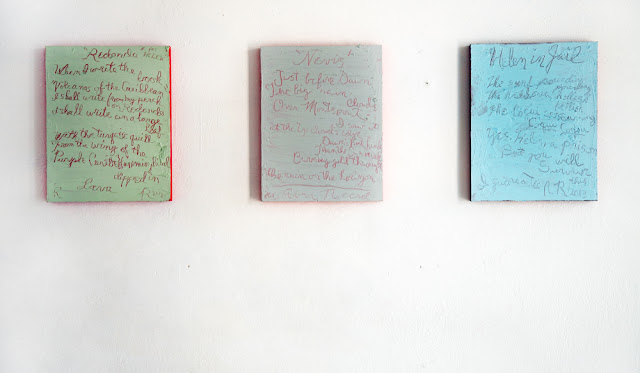 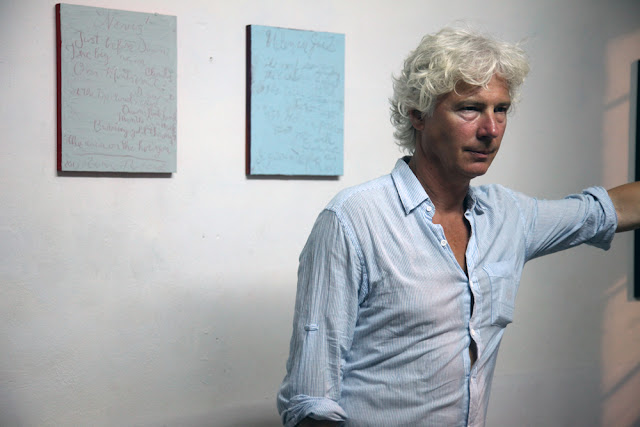 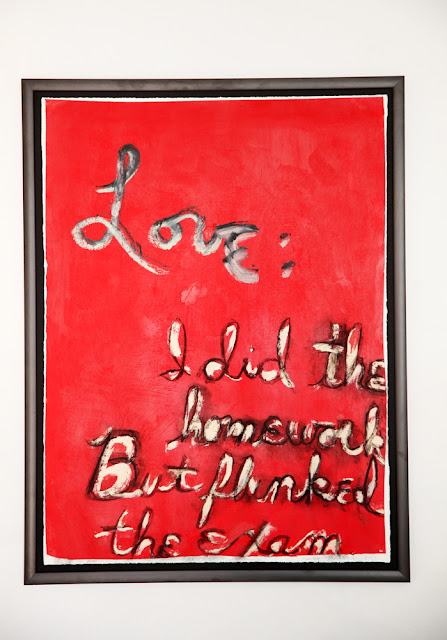 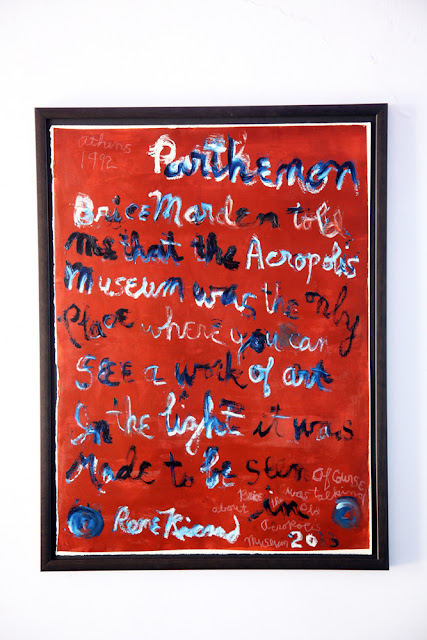 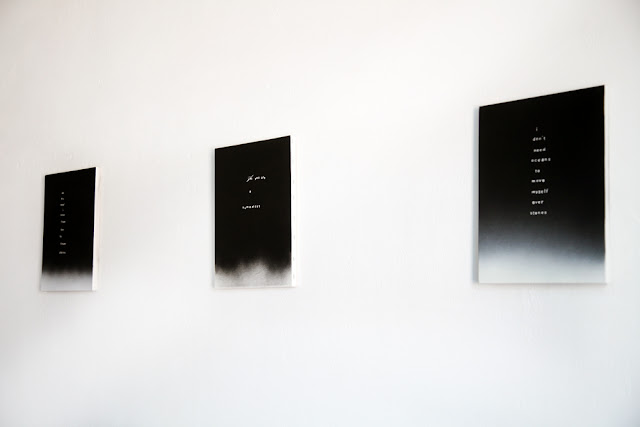 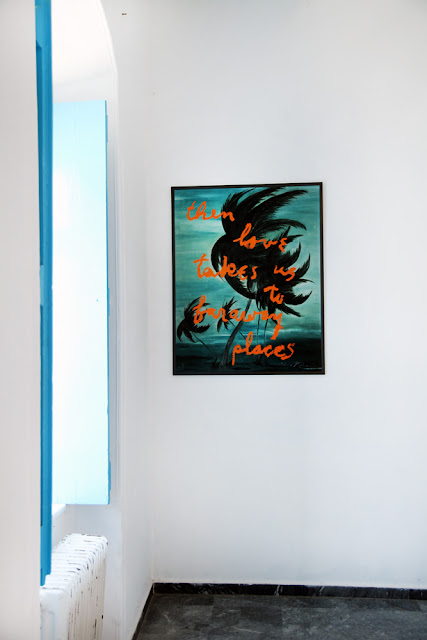 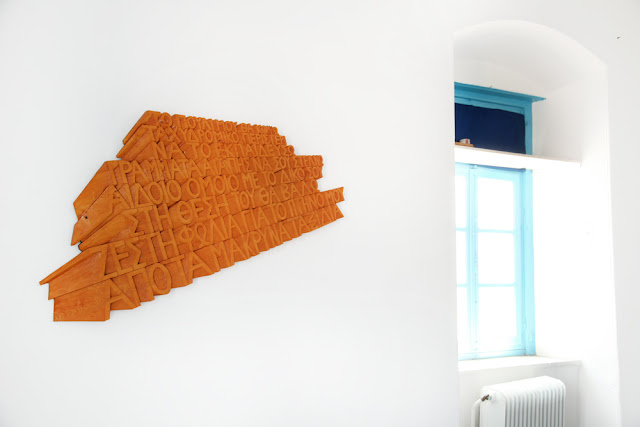 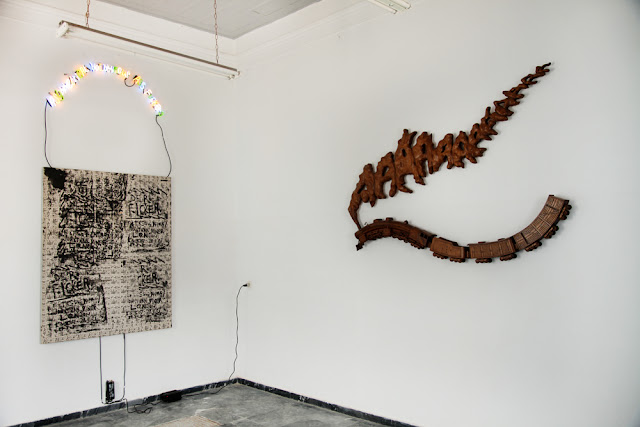 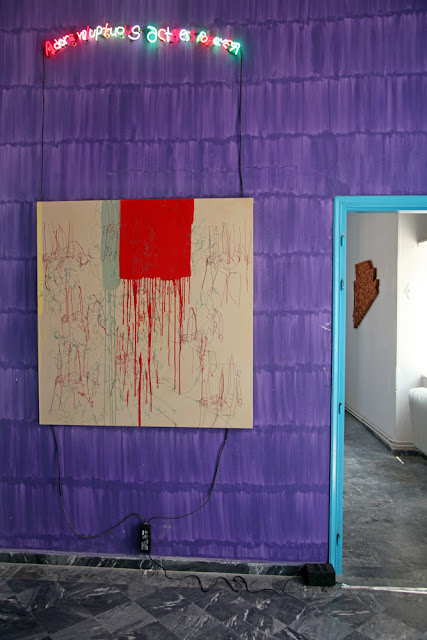 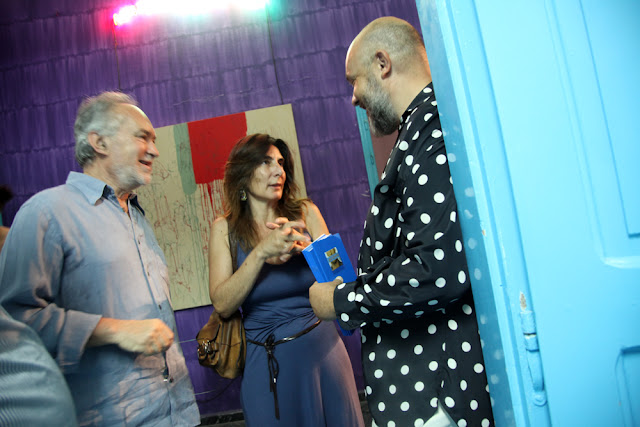 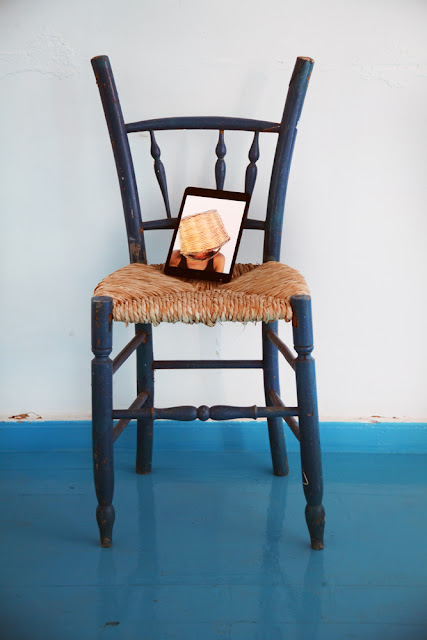 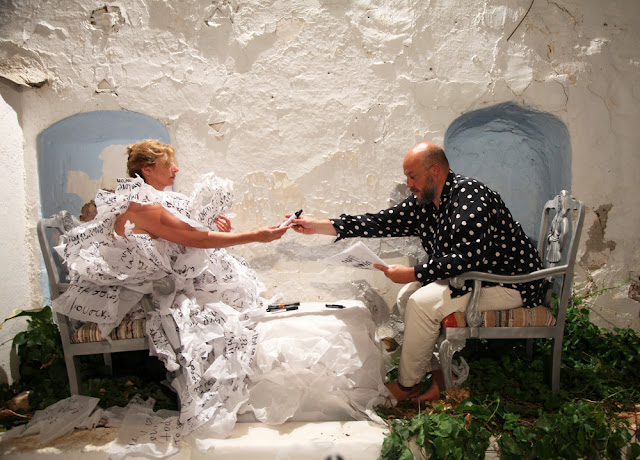 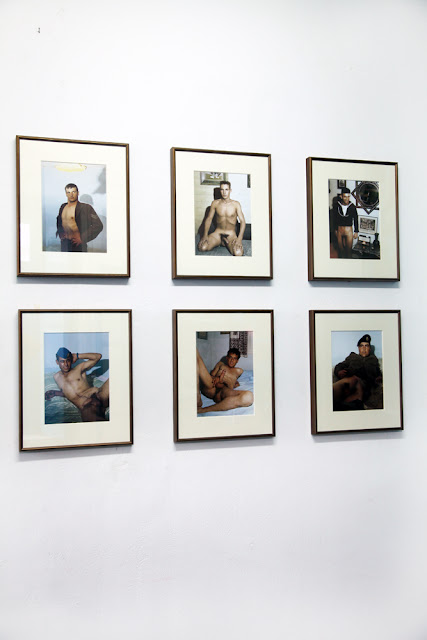 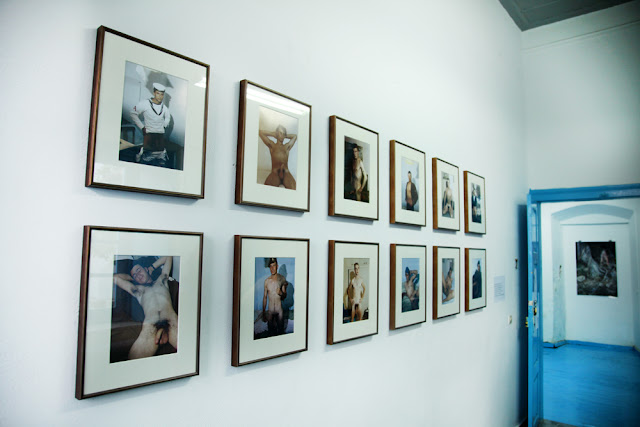 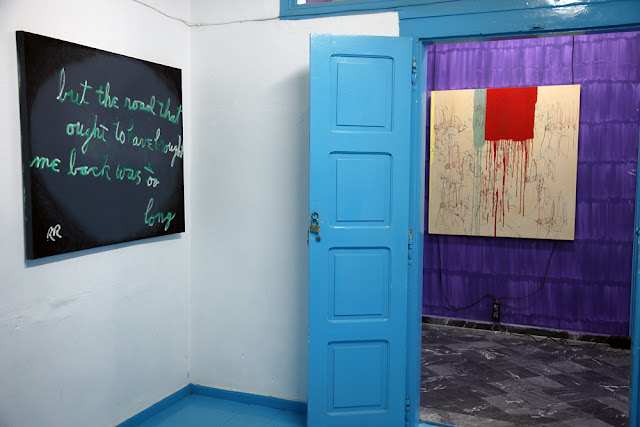 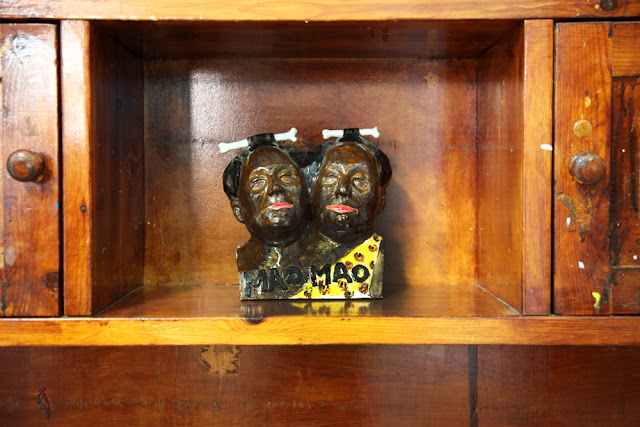 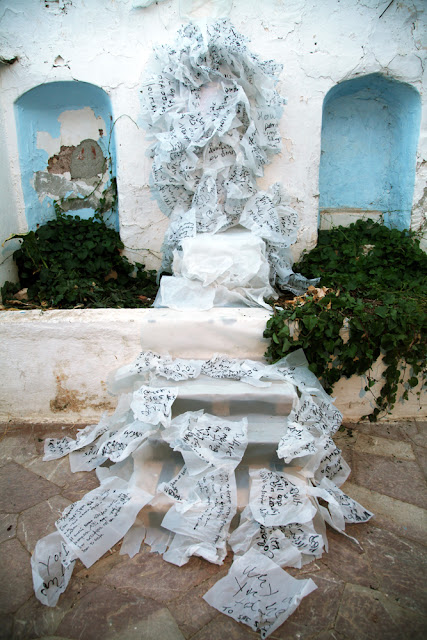 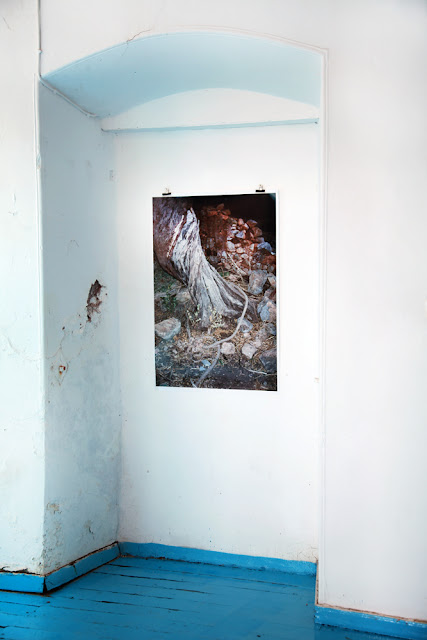 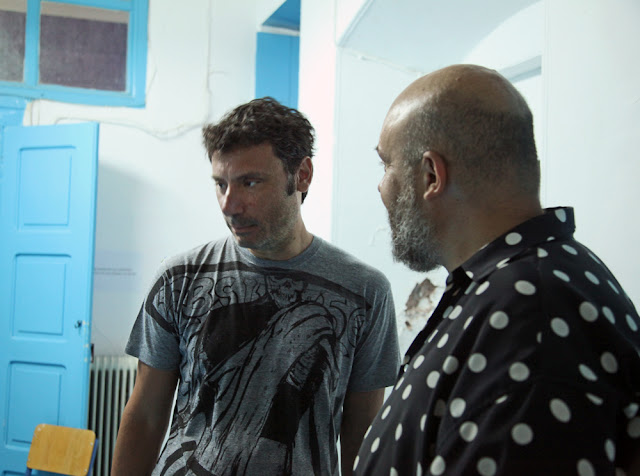 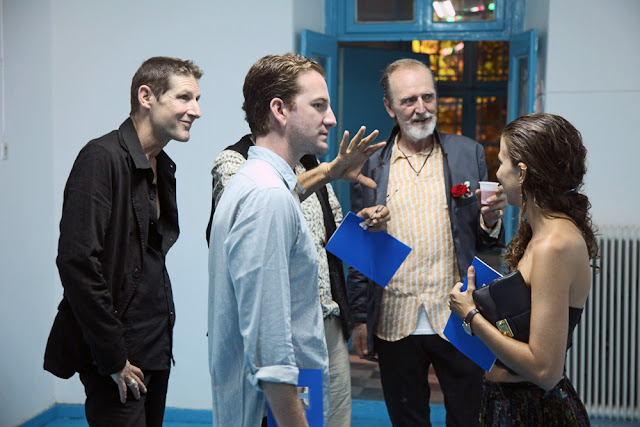 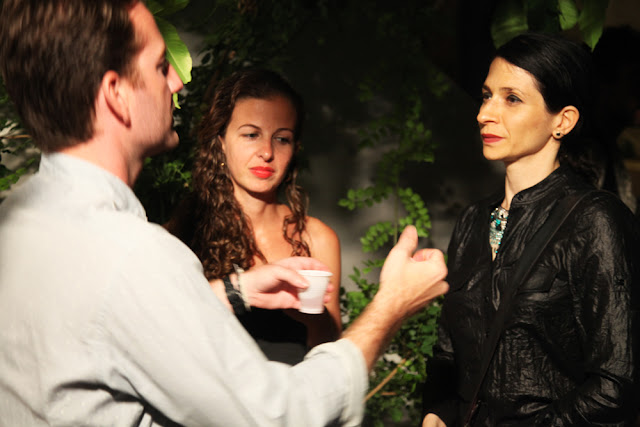 POETRY,written in phonetics,(June 28- September 30, 2013), is commemorating 150  years from the birth of poet C.P Cavafy but actually accentuate lyricism and phrasing in works of art.


Selected poems by CP Cavafy for the HSP exhibition

When the Macedonians deserted him
and showed they preferred Pyrrhos,
King Dimitrios (a noble soul) didn't behave
-so they said-
at all like a king.
He took off his golden robes,
threw away his purple buskins,
and quickly dressing himself
in simple clothes, he slipped out-
just like an actor who,
the play over,
changes his costume and goes away.

Out of talk, appearance, and manners
I'll make an excellent suit of armour;
and in this way I'll face malicious people
without the slightest fear or weakness.

They'll try to injure me. But of those
who come near me none will know
where to find my wounds, my vulnerable places,
under the deceptions that will cover me.

So boasted Aimilianos Monai.
One wonders if he ever made that suit of armour.
Anyway, he didn't wear it long.
At the age of twenty-seven, he died in Sicily.

From the School of the Renowned Philosopher

For two years he studied with Ammonios Sakkas,
but he was bored by both philosophy and Sakkas.

Then he went into politics.
But he gave that up. The Prefect was an idiot,
and those around him solemn, officious nitwits:
their Greek -poor fools- barbaric.
After that he became
vaguely curious about the Church: to be baptized
and pass as a Christian. But he soon
let that one drop: it would certainly have caused a row
with his parents, ostentatious pagans,
and right away they would have stopped-
something too horrible to contemplate-
their extremely generous allowance.
But he had to do something. He began to haunt
the corrupt houses of Alexandria,
every secret den of debauchery.
Here he was fortunate:
he'd been given an extremely handsome figure,
and he enjoyed the divine gift.
His looks would last
at least another ten years. And after that?
Maybe he'll go back to Sakkas.
Or if the old man has died meanwhile,
he'll find another philosopher or sophist:
there's always someone suitable around.
Or in the end he might possibly return
even to politics -commendably remembering
the traditions of his family,
duty toward the country,
and other resonant banalities of that kind.

Senseless, dangerous behaviour:
praise for Greek ideals,
supernatural magic, visits to pagan temples,
enthusiasm for the ancient gods,
frequent talks with Chrysanthios,
speculation with Maximus, the astute philosopher.
And look what's happened: Gallos is extremely worried,
Konstantios has become suspicious.
Julian's advisers weren't at all prudent.
The matter, says Mardonios, has gone too far,
the rumour must be killed at all cost.-
So Julian goes to the church at Nicomedia,
a lector again,
and with deep reverence he reads out loud
passages from the Holy Scriptures,
and everyone marvels at his Christian piety.

Like the beautiful bodies of those who died before growing old,
sadly shut away in sumptuous mausoleum,
roses by the head, jasmine at the feet --
so appear the longings that have passed
without being satisfied, not one of them granted
a single night of pleasure, or one of its radiant mornings.

That we've broken their statues,
that we've driven them out of their temples,
doesn't mean at all that the gods are dead.
O land of Ionia, they're still in love with you,
their souls still keep your memory.
When an August dawn wakes over you,
your atmosphere is potent with their life,
and sometimes a young ethereal figure
indistinct, in rapid flight,
wings across your hills.

Julian and the Antiochians

How could they ever give up
their beautiful way of life, the range
of their daily pleasures, their brilliant theatre
which consummated a union between Art
and the erotic proclivities of the flesh?
Immoral to a degree -and probably more than a degree-
they certainly were. But they had the satisfaction that their life
was the notorious life of Antioch,
delectable, in absolute good taste.
To give up all this, indeed, for what?
His hot air about the false gods,
his boring self-advertisement,
his childish fear of the theatre,
his graceless prudery, his ridiculous beard.
O certainly they preferred C,
certainly they preferred K -a hundred times over.

To Have Taken The Trouble

I'm practically broke and homeless.
This fatal city, Antioch,
has devoured all my money:
this fatal city with its extravagant life.

But I'm young and extremely healthy.
Prodigious master of Greek,
I know Aristotle and Plato through and through,
poets, orators, or anyone else you could mention.
I have some idea about military matters
and friends among the senior mercenaries.
I also have a foot in the administrative world;
I spent six months in Alexandria last year:
I know (and this is useful) something about what goes on there--
the scheming of Kakergetis, his dirty deals, and the rest of it.

So I consider myself completely qualified
to serve this country,
my beloved fatherland, Syria.

Whatever job they give me,
I'll try to be useful to the country. That's what I intend.
But if they frustrate me with their manoeuvres--
we know them, those smart operators: no need to say more here--
if they frustrate me, it's not my fault.

One of the three will want me anyway.

And my conscience is quiet
about my not caring which one I choose:
the three of them are equally bad for Syria.

But, a ruined man, it's not my fault.
I'm only trying, poor devil, to make ends meet.
The almighty gods ought to have taken the trouble
to create a fourth, a decent man.
I would gladly have gone along with him.