There is something between me and the world outside
Barbara Breitenfellner, Damien Cadio, Mélanie Delattre-Vogt, Katharina Ziemke, Gregor Gleiwitz, José Herrera and Miron Schmückle 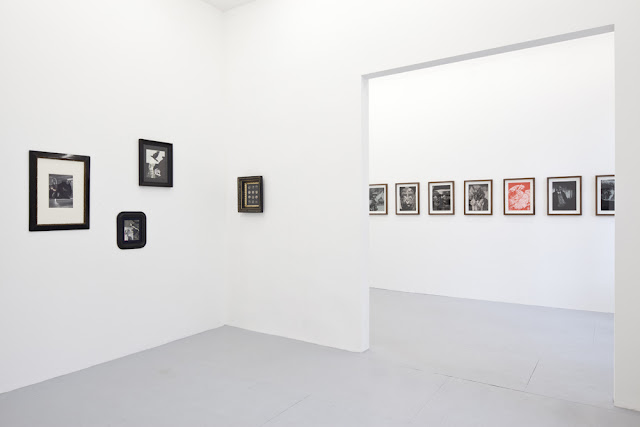 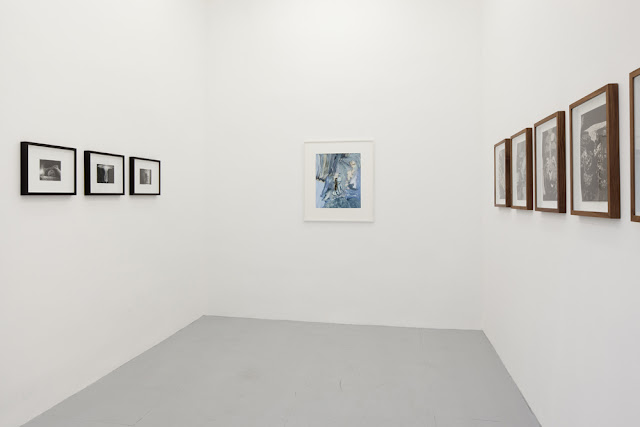 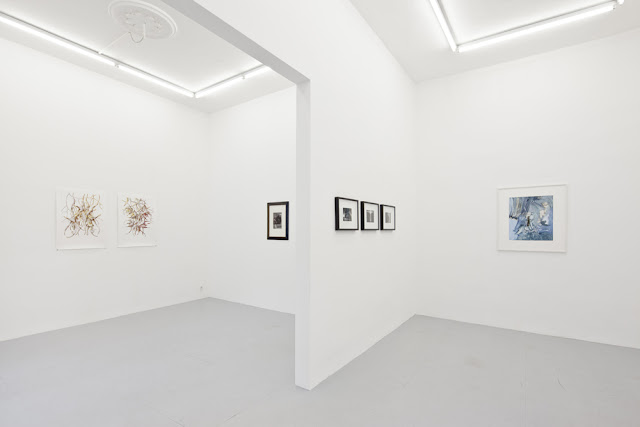 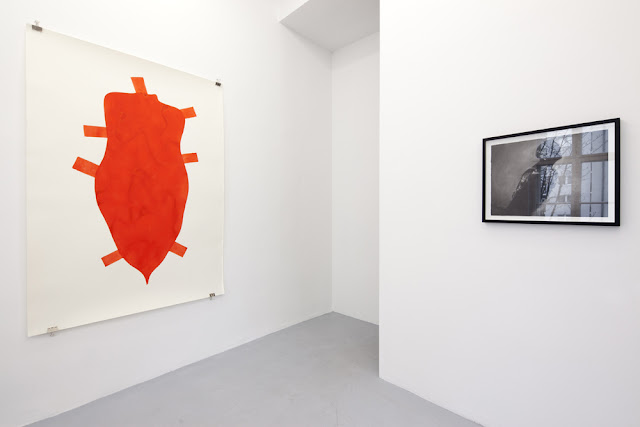 The tension between the beautiful and the unsettling, the ambiguity of the motifs, a slight surrealism that triggers the viewer’s imagination, a fascination with anonymous found images, the unclear boundaries between abstraction and figuration – these are among the themes addressed by our artists and presented in this wide-ranging exhibition of works on paper, from drawing to collage, oils to ink and watercolour, charcoal and wax crayon to woodcuts.
Barbara Breitenfellner, Damien Cadio, Mélanie Delattre-Vogt and Katharina Ziemke share a strong interest in found materials, deriving their subject matter from old and modern film stills, photographs, books, magazines, encyclopaedias and the internet. Cut, cropped, rearranged, reframed, coloured, freely modified on occasion, their pieces present an array of juxtaposed and reinterpreted, humanly generated imagery concerned with identity, knowledge, dreams, fears, politics, art and private and universal narratives.
Ziemke’s first wood and linocut edition based on B&W photographs and Breitenfellner’s collage material from the 50’s up to the 80’s describe a cosmos of beauty, violence and eroticism, of solitude, wildness and melancholy childhood memories. Cadio’s charcoals on paper conjure up blurry scenes from an unreal movie; their various origins remain unknown and we are left to decipher the unfathomable story as regards a drifting body, the reflection in a mirror or an abandoned theatre stage. In contrast, the detailed drawings of Delattre-Vogt – showing for the first time in Berlin – reference rare books that the artist came upon inadvertently, evincing a documentary quality while conveying the irony and absurdity to be found in these singular representations of modern history.

These outlooks, distinguished by their unmistakable stylistic signatures, proffer diverse views on reality in all its allure, strangeness and rawness, at times with undertones that are critical and at others somewhat poetic, always though without judging. These are subjective observations of the chaos, as if from a distance; perhaps an attempt to make out a raison d’être from it all – a quest for meaning or, more likely, a quest to establish new meaning.
Similar impulses prompt Gregor Gleiwitz, José Herrera and Miron Schmückle. Disregarding the torrent of reproduced images – and even figuration at large – these artists have developed distinct semantic oeuvres. Gleiwitz’s paintings and oils on paper challenge linear thinking and evade the existing vocabulary of the beholder, pursue new modes of pictorial representation that are neither abstract nor figurative. Herrera’s pieces combine the geometric with the organic and the anthropomorphic as well, inviting not only interpretation but also meditative con-templation. Inspired by nature, silence and the passage of time, his works are an introspective response to the society of the spectacle. Conversely, the imaginary floral species created by Schmückleexplode in a fancy of arabesque and sensuality. A feast for the eye, his oeuvre has its own logic, presenting itself as a scientific study of a fantastical, strange and delightful botanic cosmos.
Each work exhibited is an enticement to the onlooker to cross the threshold into the very personal universe of the artist – to, just for a moment, discover, experience and perceive the world through their eyes.