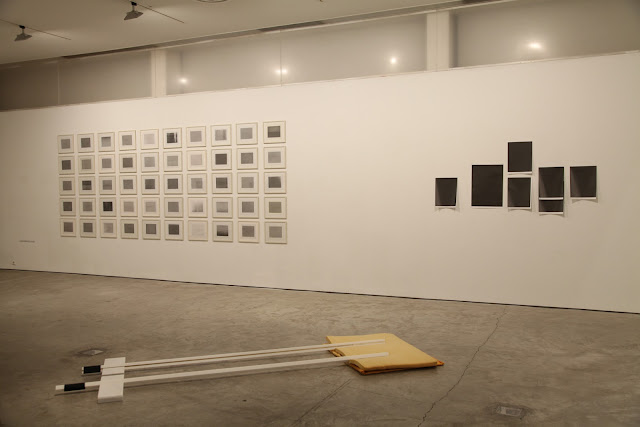 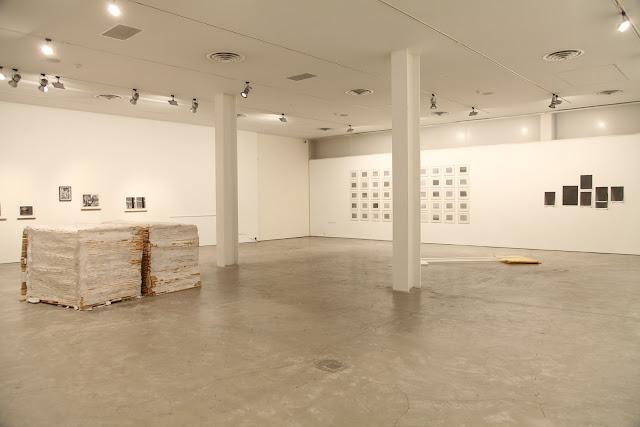 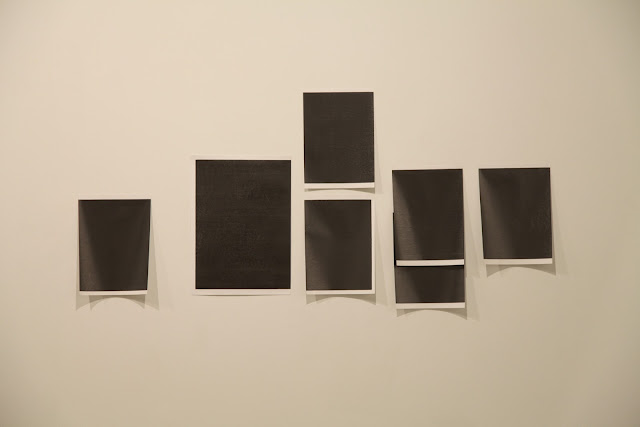 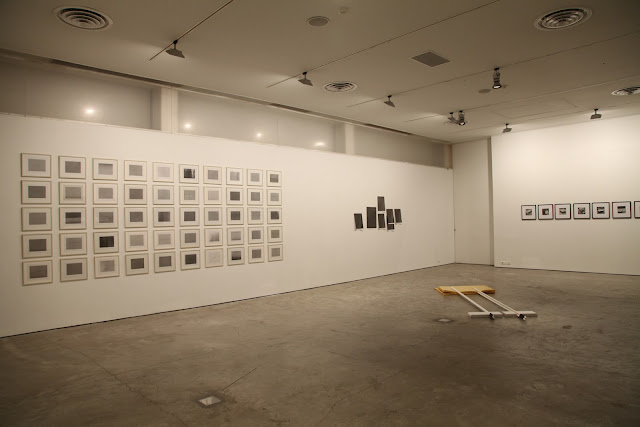 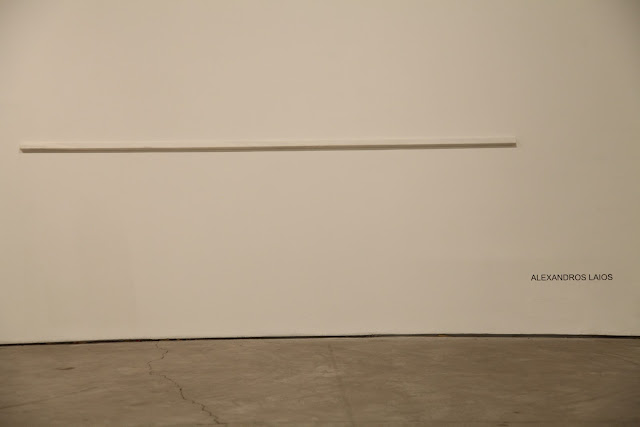 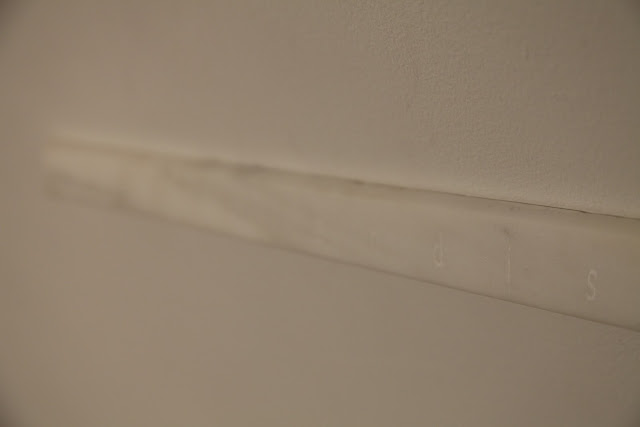 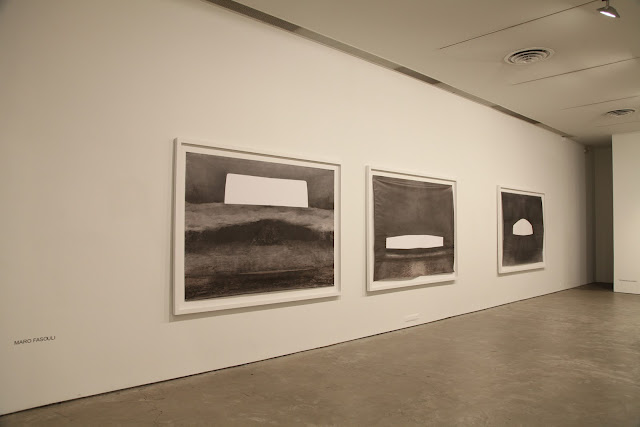 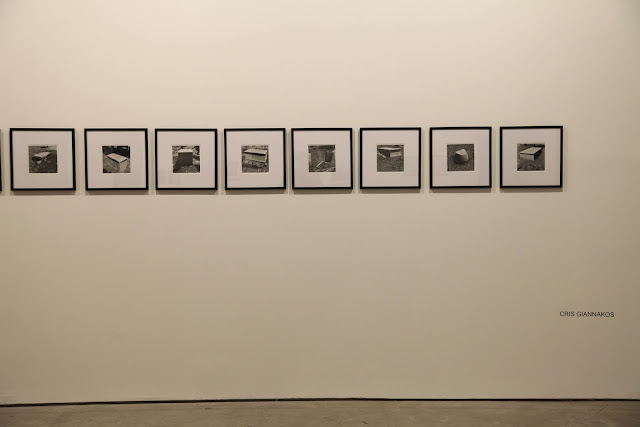 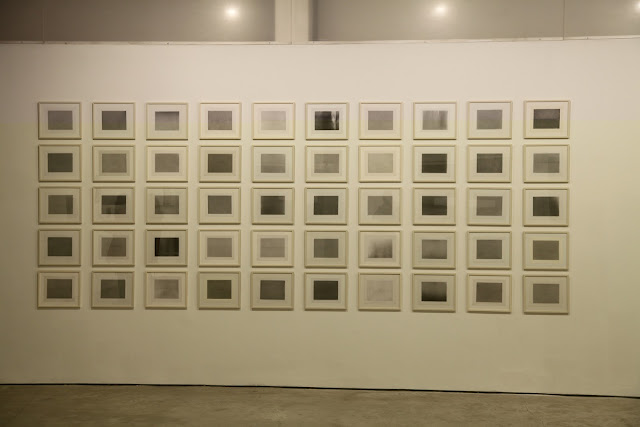 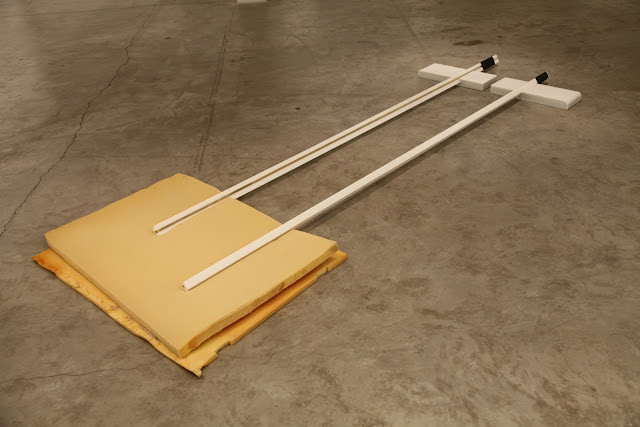 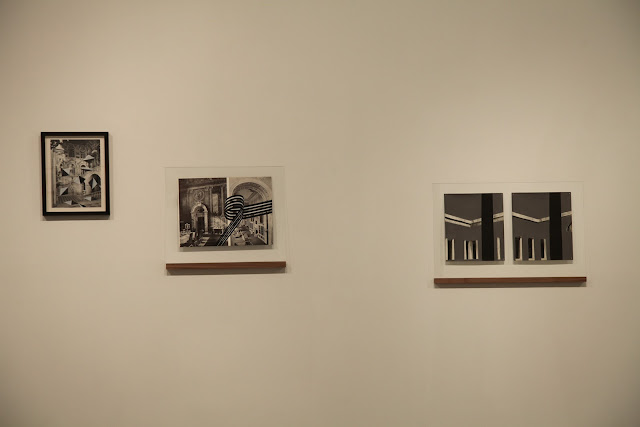 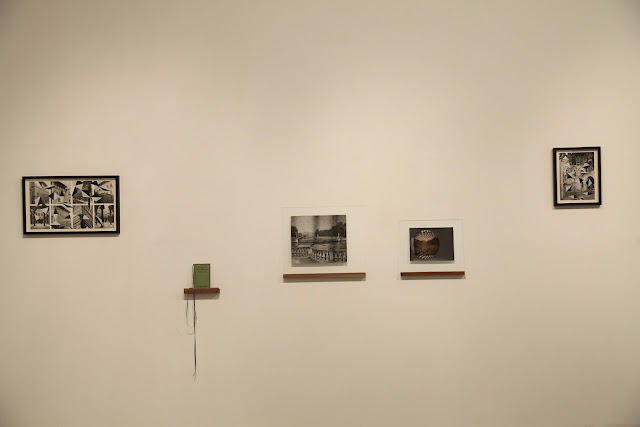 In the group show The Architectural Object, four contemporary artists, through different approaches and experiences, interpret the coexistence of architecture with the object in contemporary reality, as well as its expression into different conceptual structures.

In this content the notion of “architectural” object acquires a multifaceted dimension and is treated as a condition that evolves and transforms constantly and is mainly defined by space and its components. Theoretically, an "architectural" object could be a book, a photo, a drawing or even a piece of furniture or a combination of objects and forms that are located in a closed or an open space.

Maro Fasouli, Cris Gianakos, Rowena Hughes and Alexandros Laios, establish their own artistic expression and pose questions to the viewer concerning the notion of the object, its relation to it and its use as a means of understanding spatial knowledge.

Maro Fasoulis's starting point is the edifice, from its simplest to its most complex form. The edifice is the ''inside'' which contains a ''sealed'' space, hermetically closed and above all potentially protected, capable of creating a space that's intact. This three dimensional space creates in its turn a ''non-space'' which evolves incessantly depending on temporality. The outcome of such a process is the perception of space, the notion of the material and perishability as well as dematerialization.

Cris Gianakos experiences the archaeological findings of a historical space (the ancient cemetery of Kerameikos) as elements of a minimalist sculpture that could have been created in a contemporary era. The artist, through 21 images*, articulates the dynamics of an entity composed of the uniqueness of single objects that create a site specific installation. Each photo has its own historical integrity, it can be re-interpreted and lead to new interrelationships regarding the "transformation" of the architectural object.

Rowena Hughes deconstructs science books from the 1950s, intervenes on their pages and then remakes them as objects, reconfiguring their content and context. On each page she overprints a drawing and extracts a phrase from the text underneath as a form of found poetry. The artist combines geometric drawings with found architectural images, constructing a new space which activates the connection of object and subject. Playing with spatial logic through the layering of the graphic and photographic and the architecture of the book as object. Her images are concerned with the relation between systematic scientific - mathematical thinking and the irrational and accidental.

Alexandros Laios focuses on the quest for the familiar (heimlich), in other words a space or a situation which can be reconciliated. This quest can nevertheless bring about the opposite result, and even reach the point of unfamiliar, as these two features are in constant conflict in the human conscience. His works attempt to identify a place without uninterrupted references that change daily creating a story which is constantly under question.

Through a global perspective the "architectural" objects can be detected in different narratives of contemporary culture and cultural production with affiliations to monumental buildings and fine art installations and mainly in references connected to the social production of space.

* Cris Gianakos’ suite of 21 prints have been published as an artist book entitled Kerameikos by Cube Art Editions in 200 copies numbered and signed by the artist and are available at the bookshop of the gallery.
Tags Lazy exhibitions
Newer Post Older Post Home