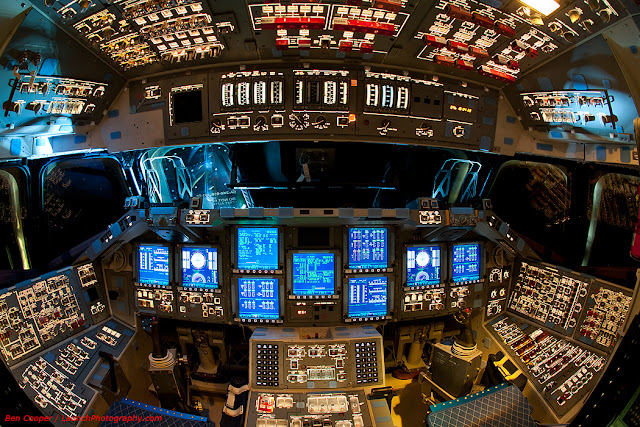 These rare photos capture the Flight Deck (cockpit) of the Space Shuttle Endeavour, fully powered for one of the final times. Just a few weeks later, at 9:58am EDT on May 11, Endeavour was powered down for the final time in history. It was the last of the three space shuttles to have power. Below, other views show the mid-deck, gutted of its lockers and storage areas, and three final photos show the white room entrance in the Orbiter Processing Facility, signed by thousands over the years. 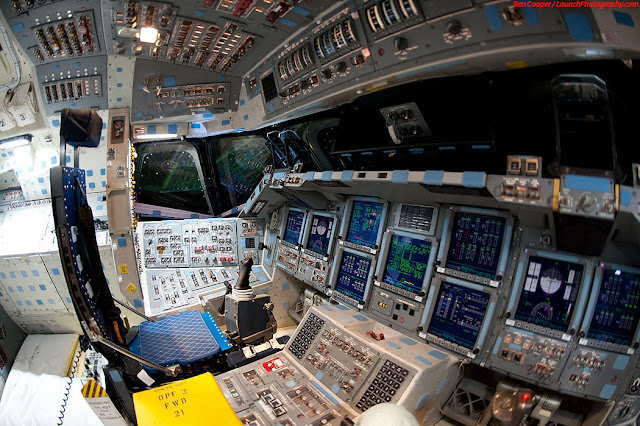 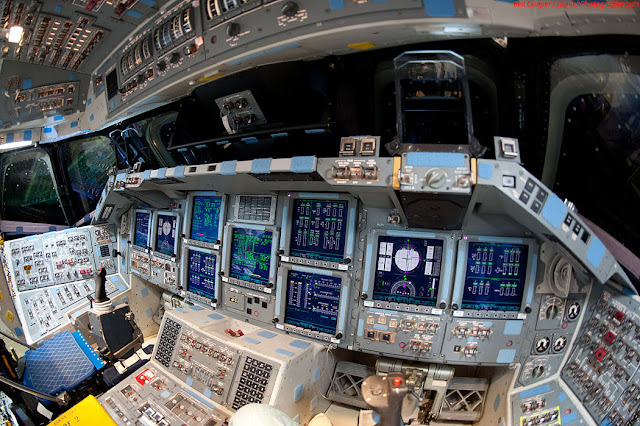 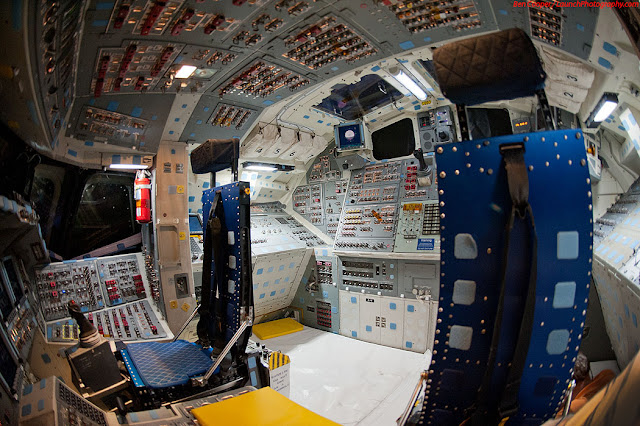 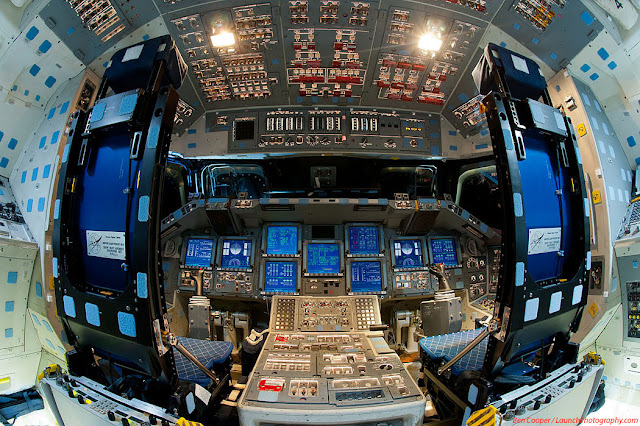 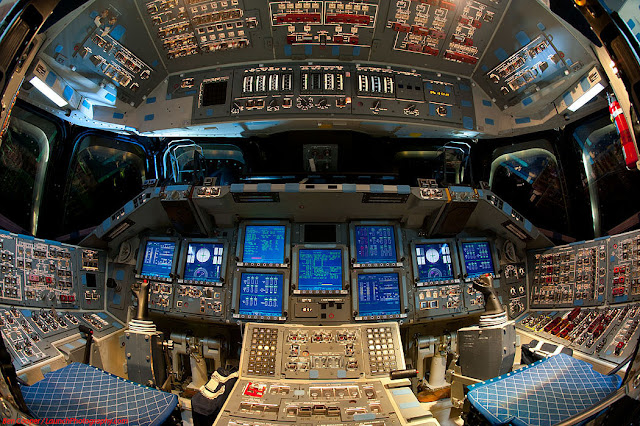 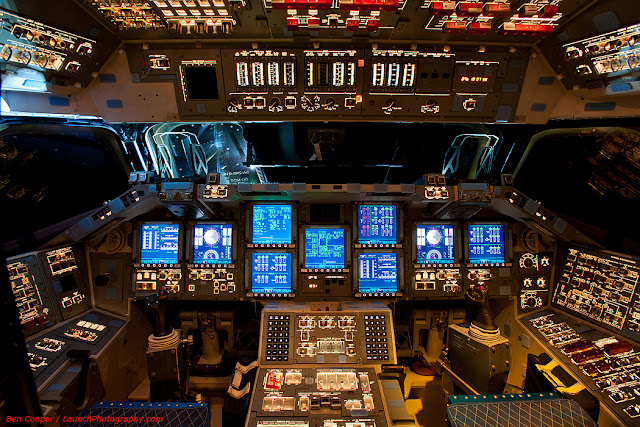 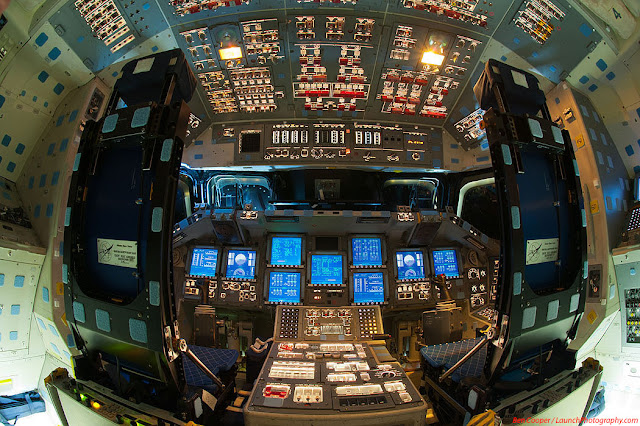 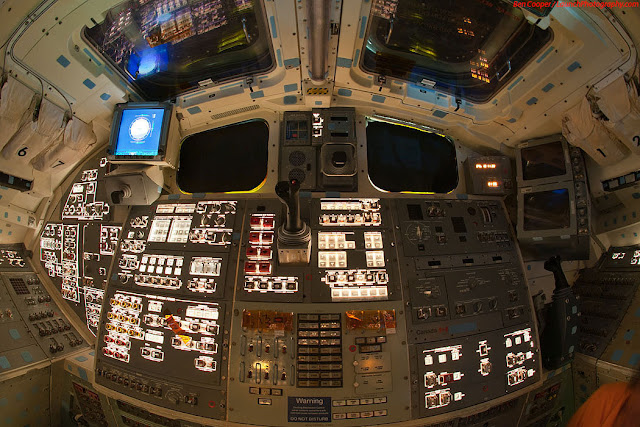 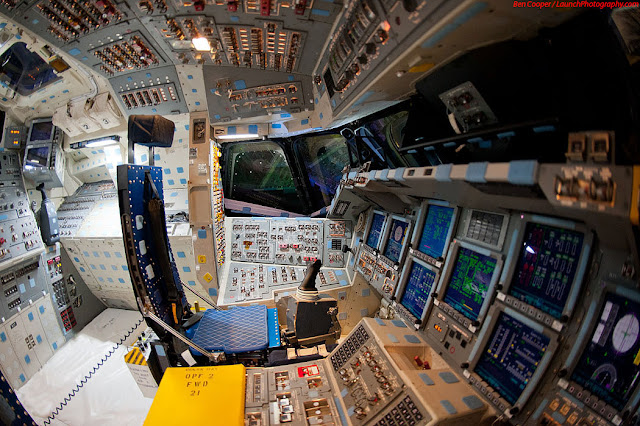 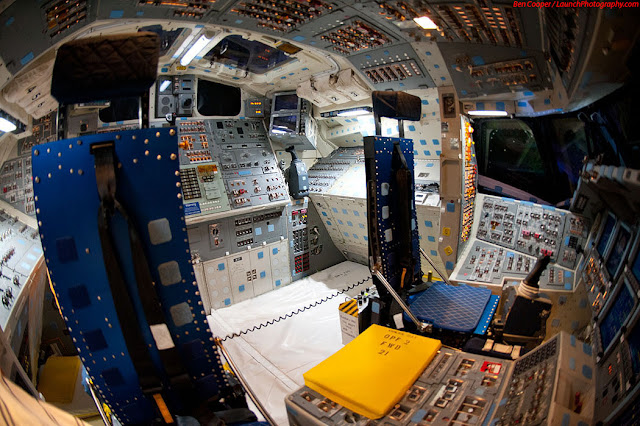 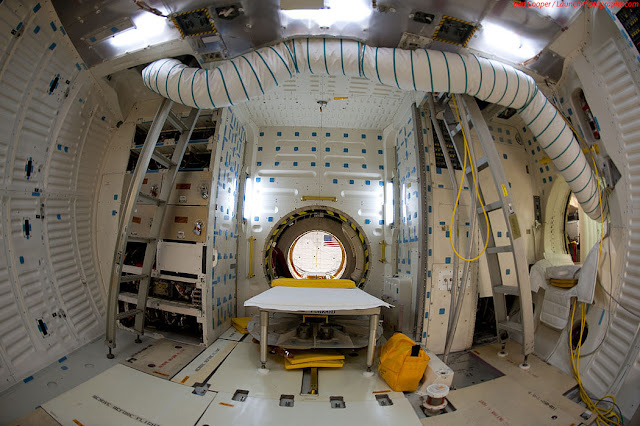 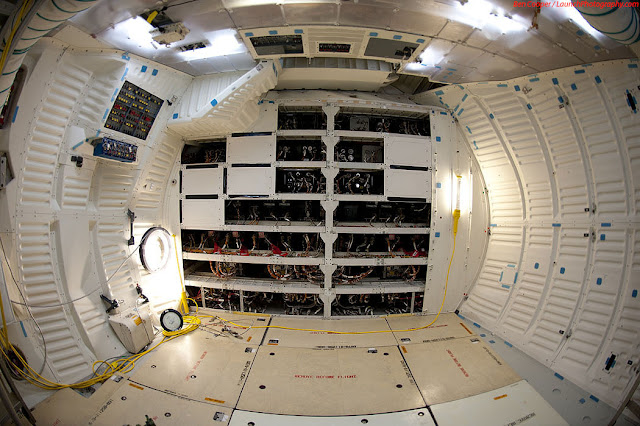 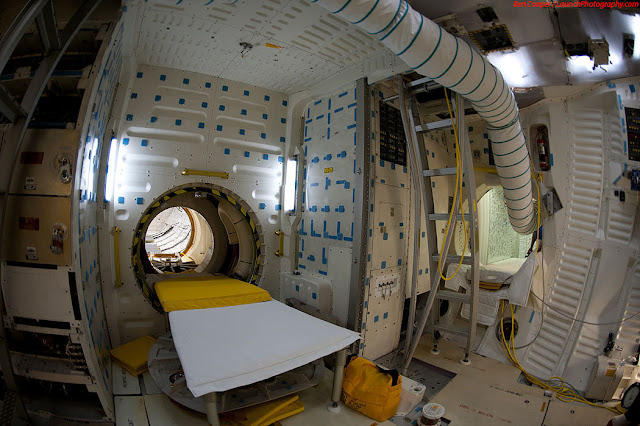 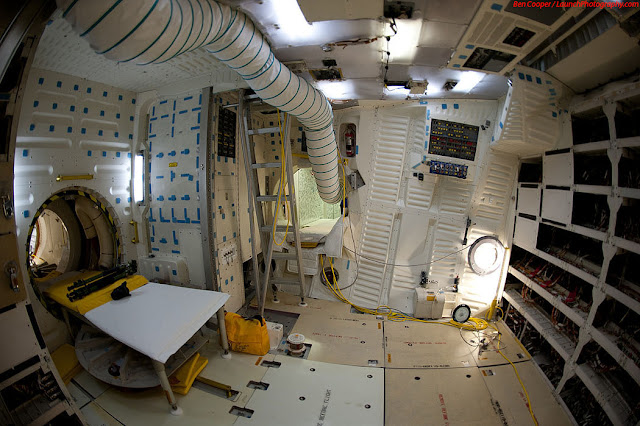 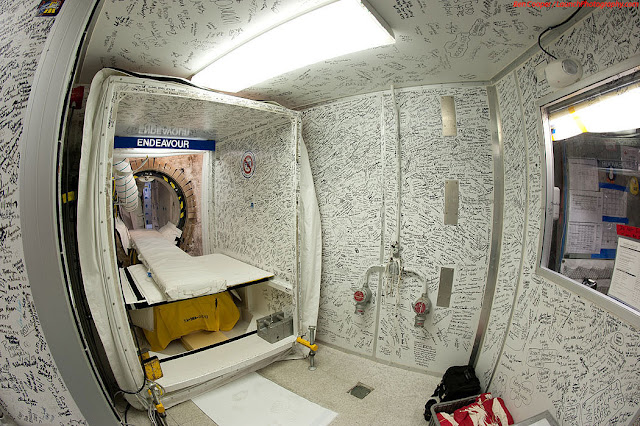 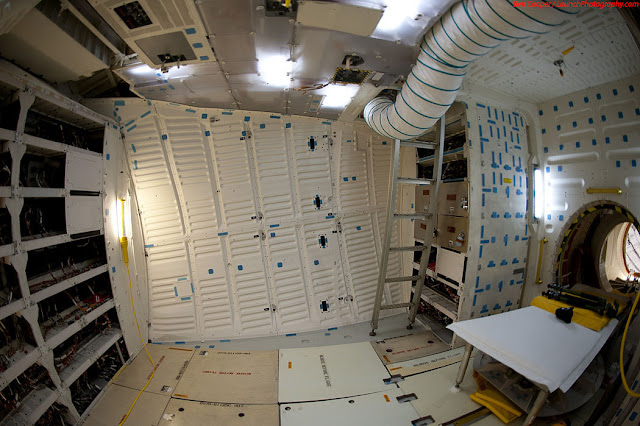 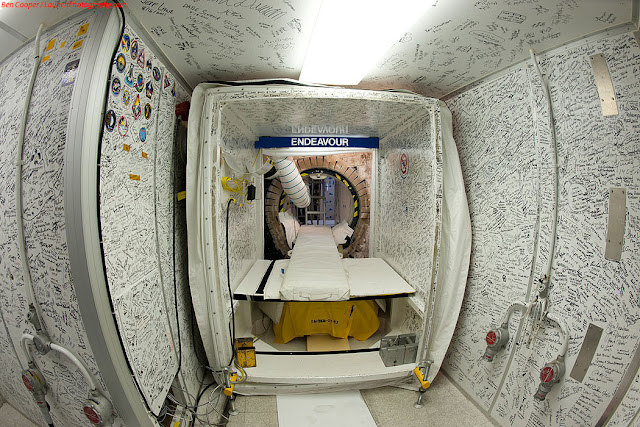 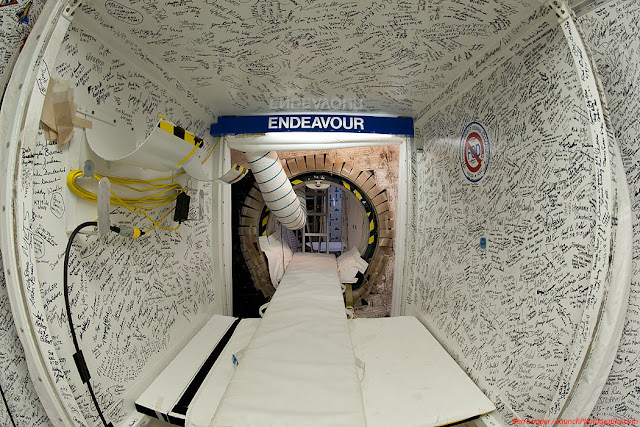