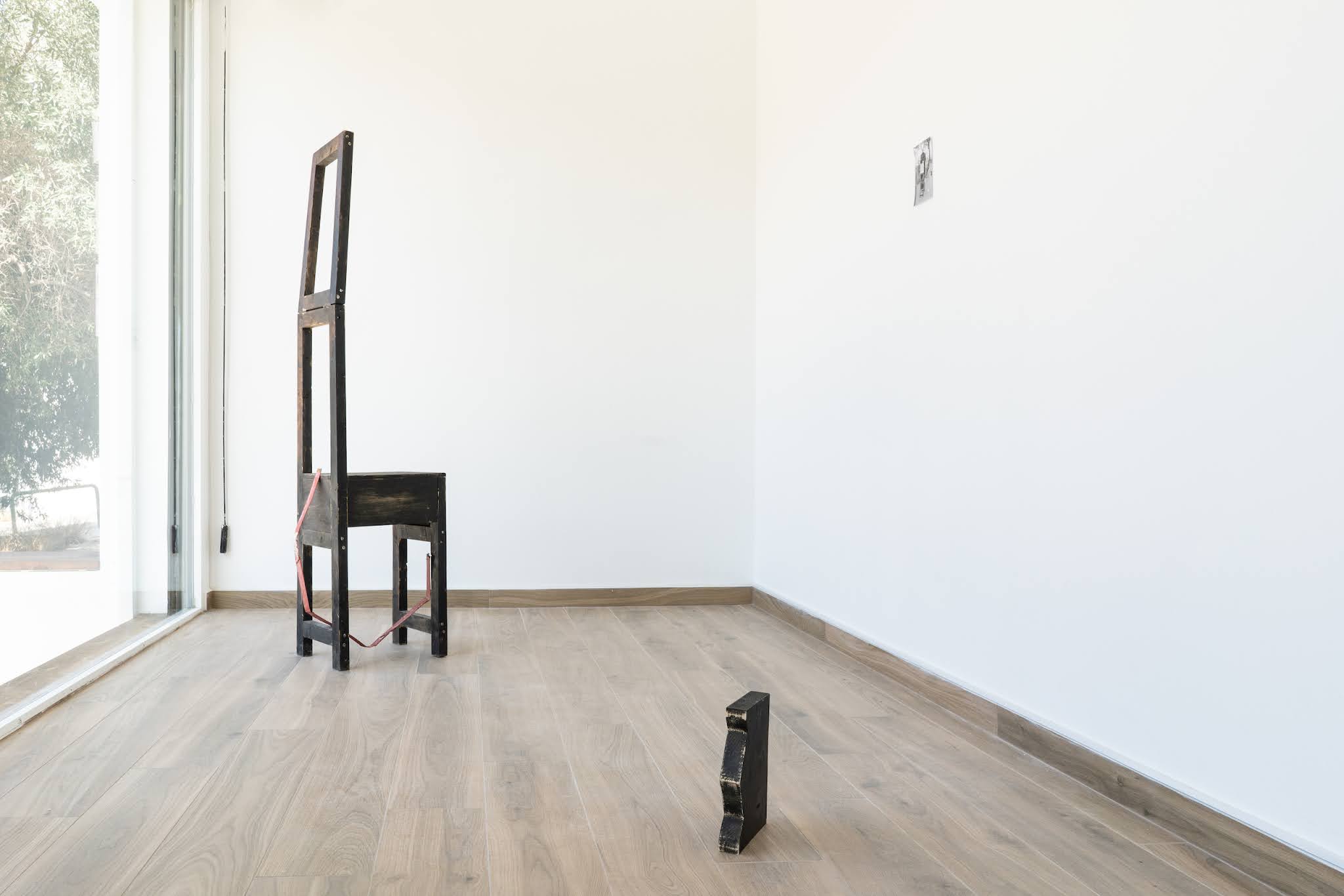 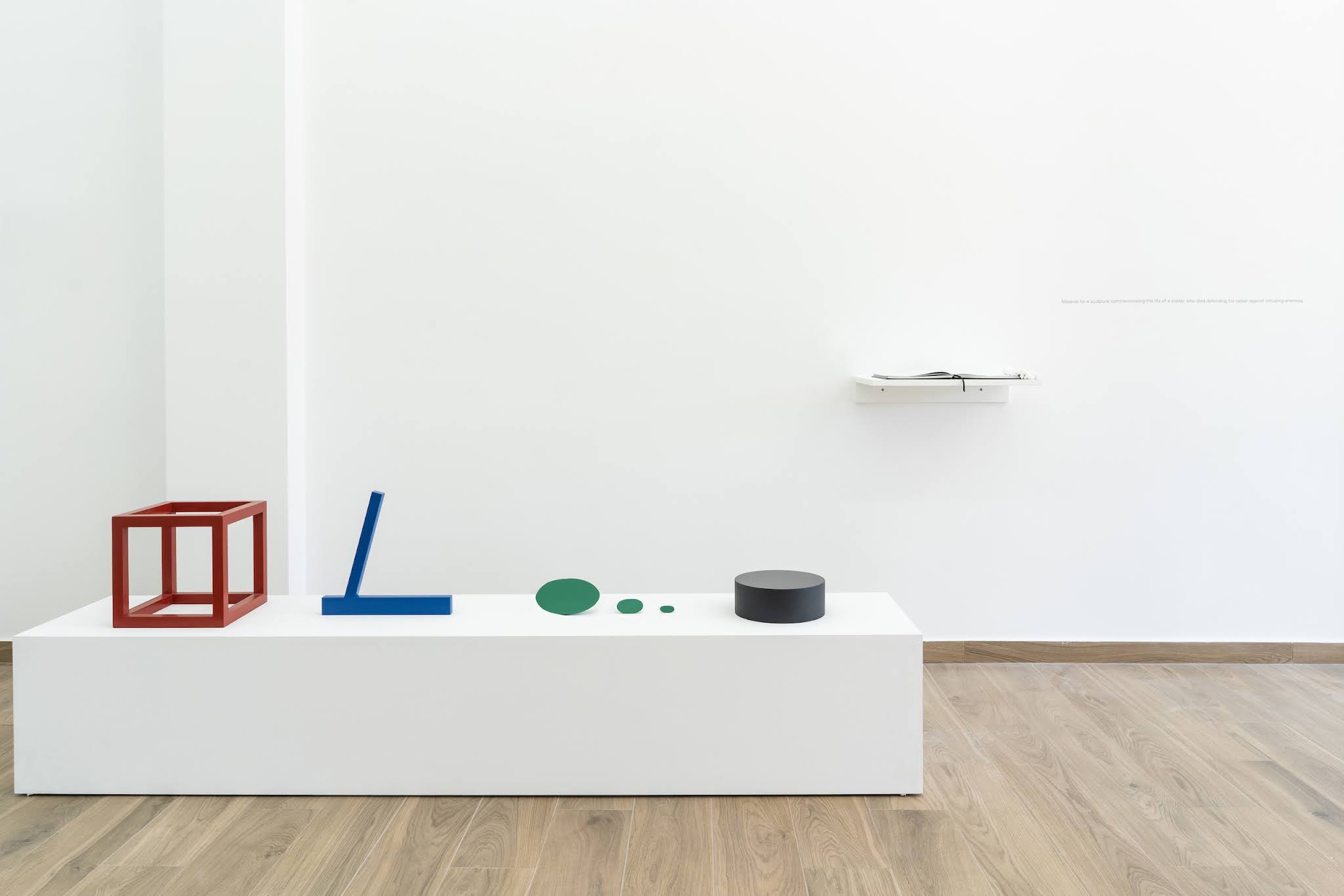 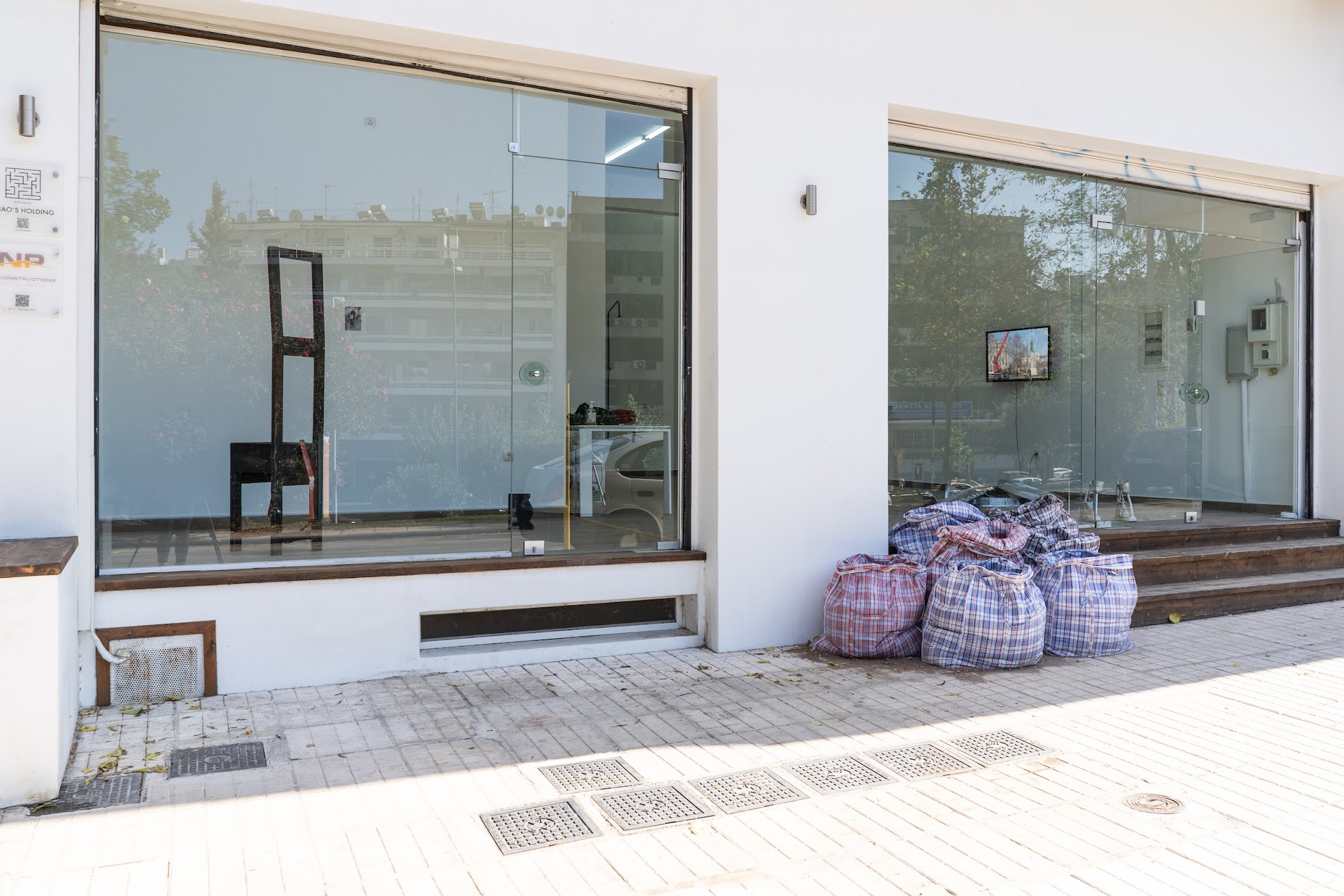 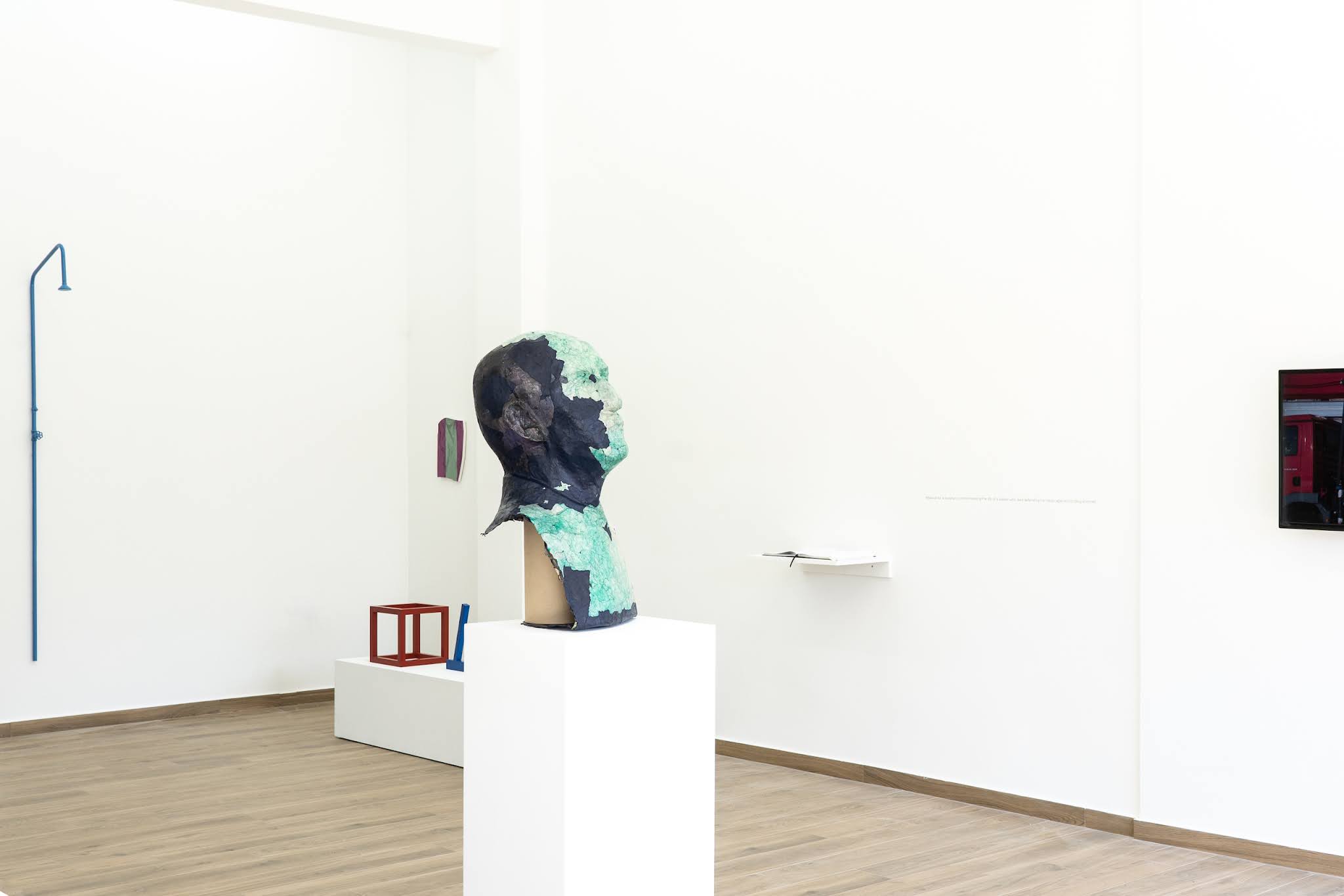 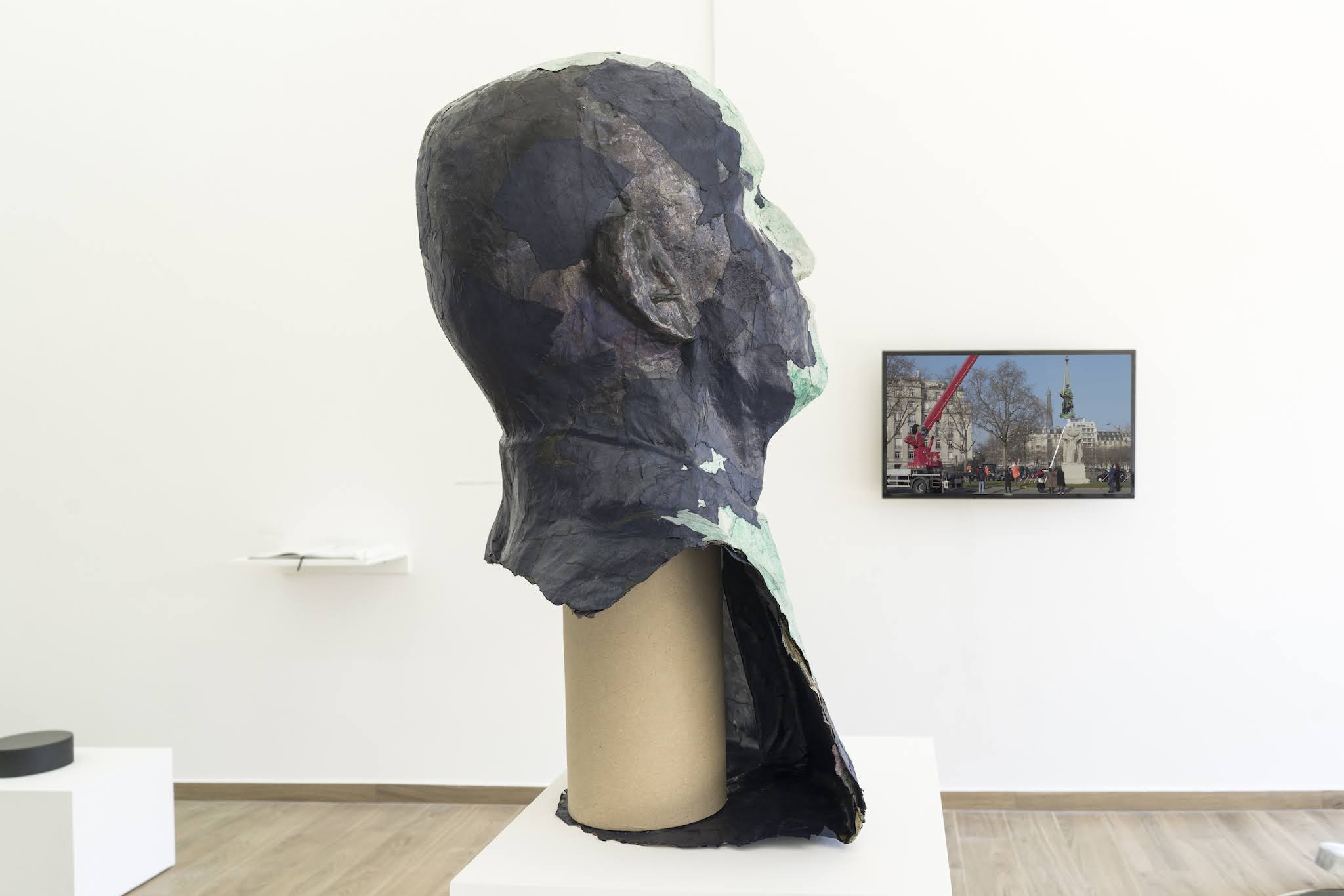 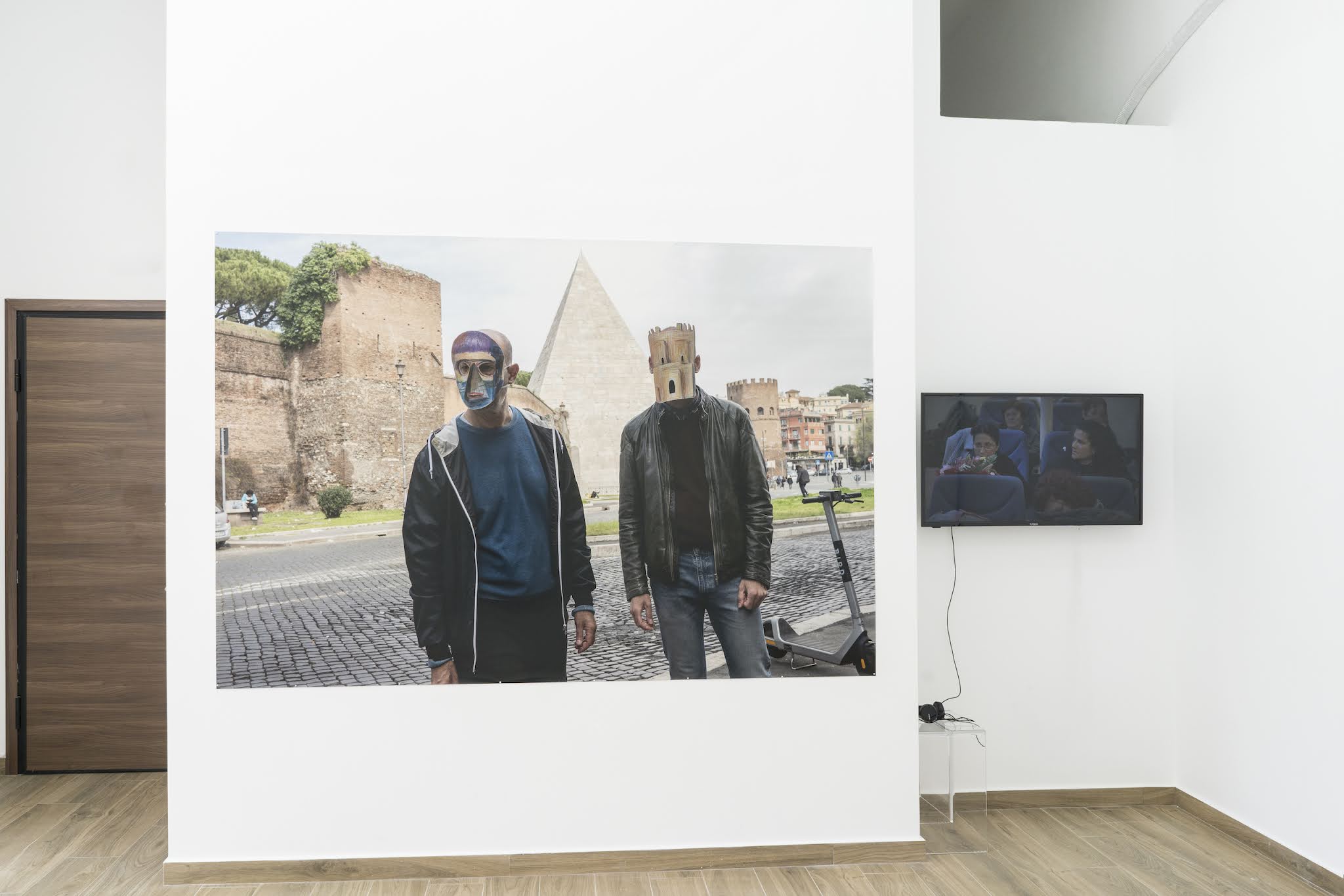 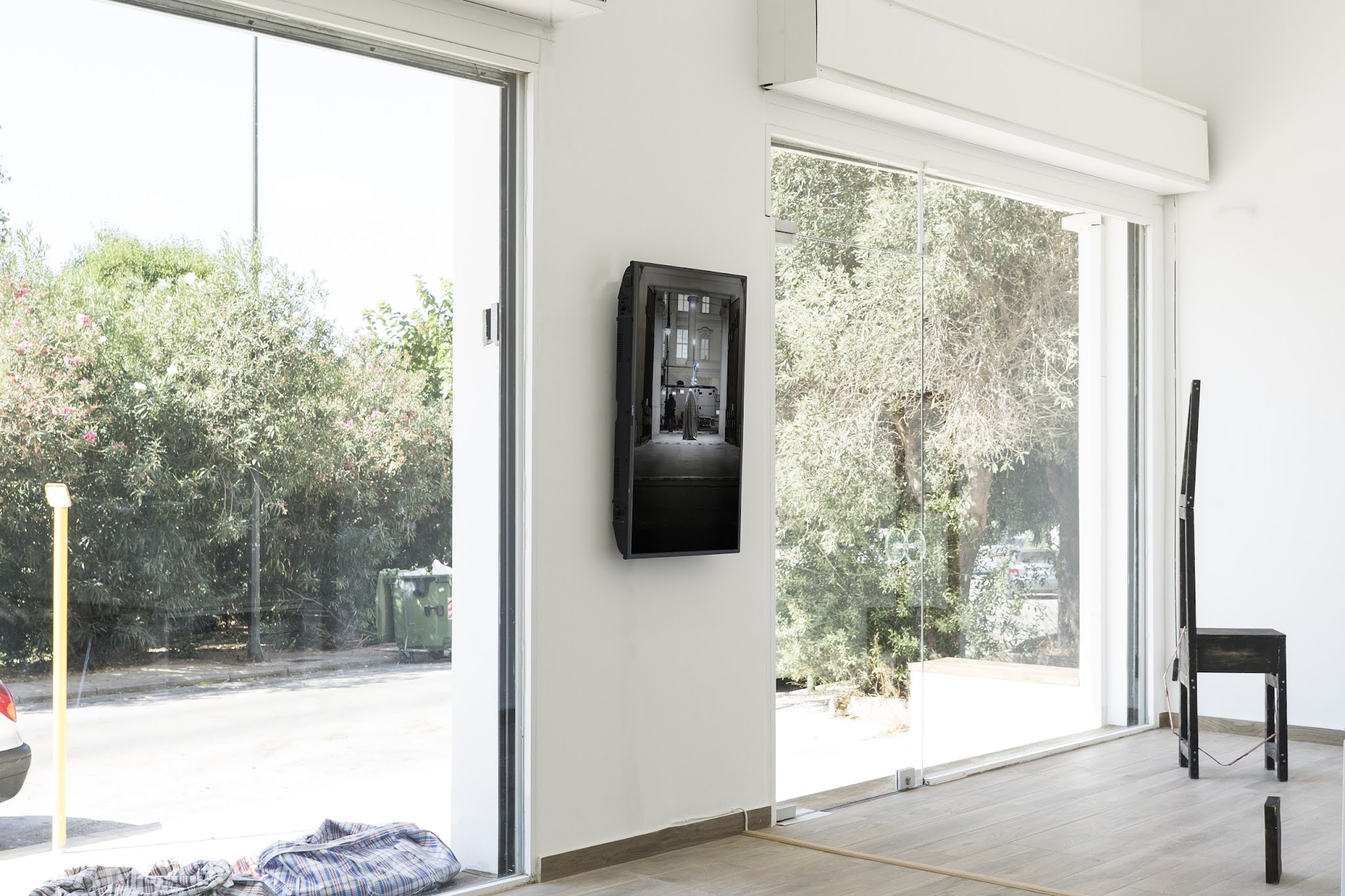 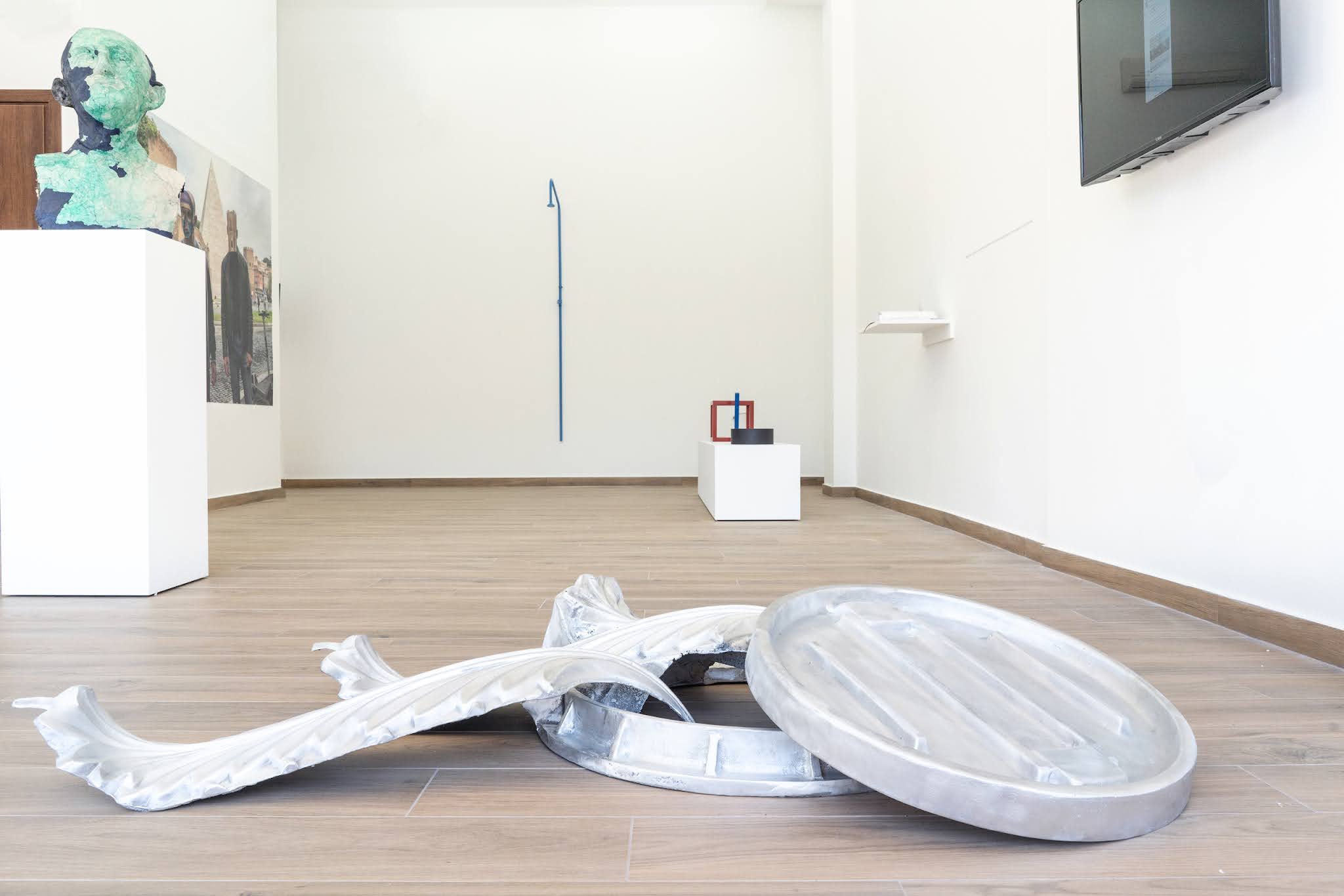 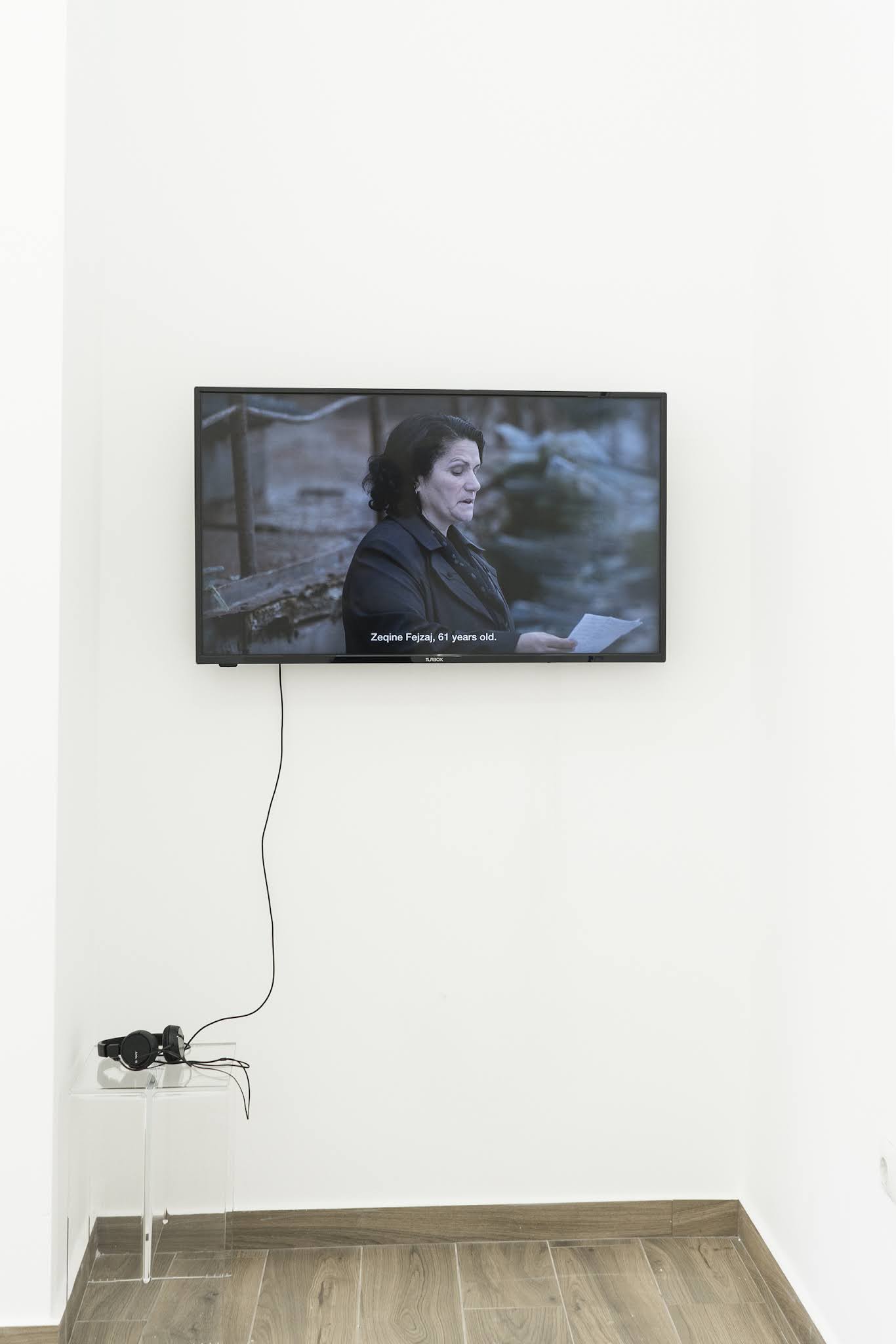 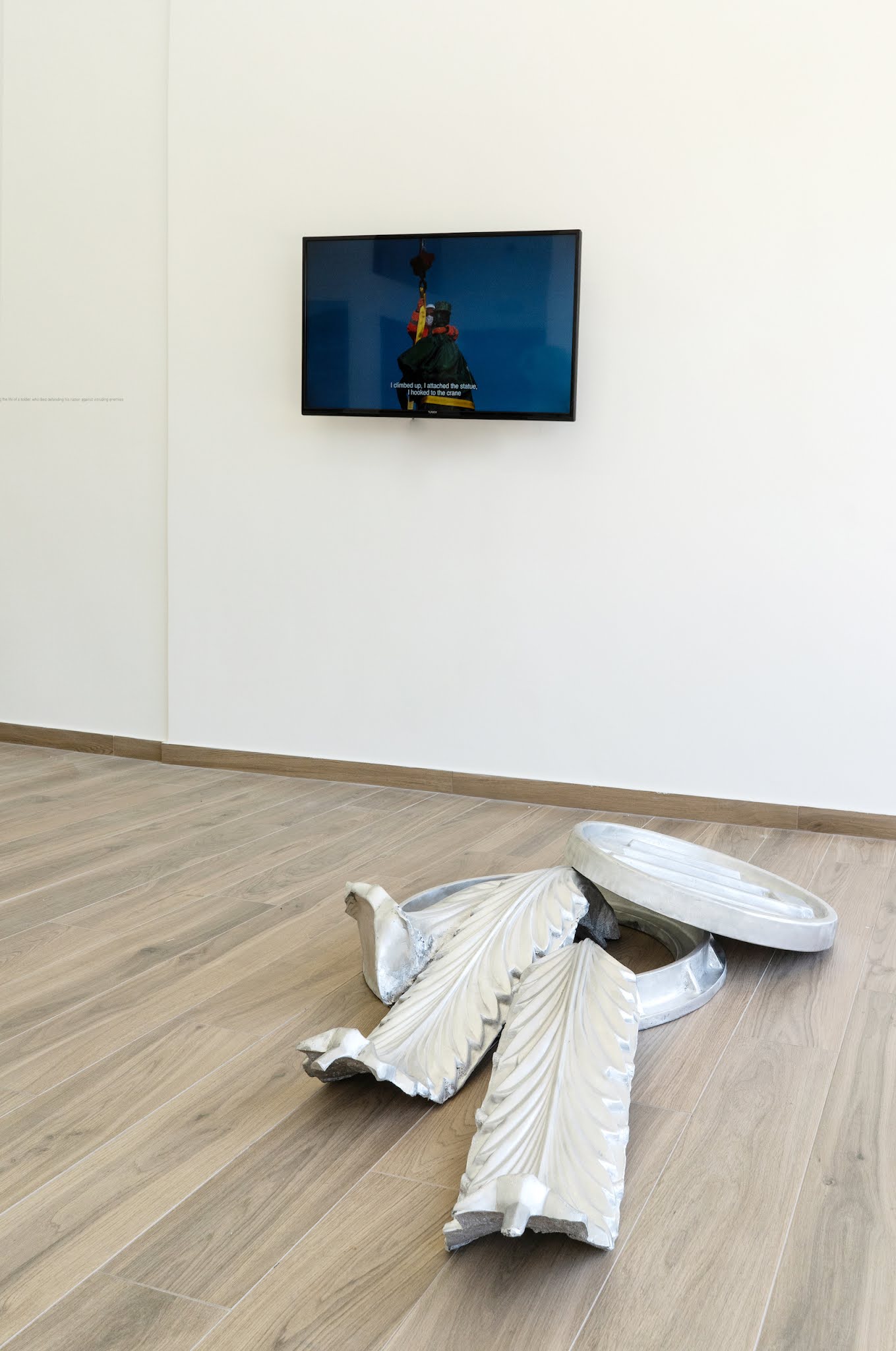 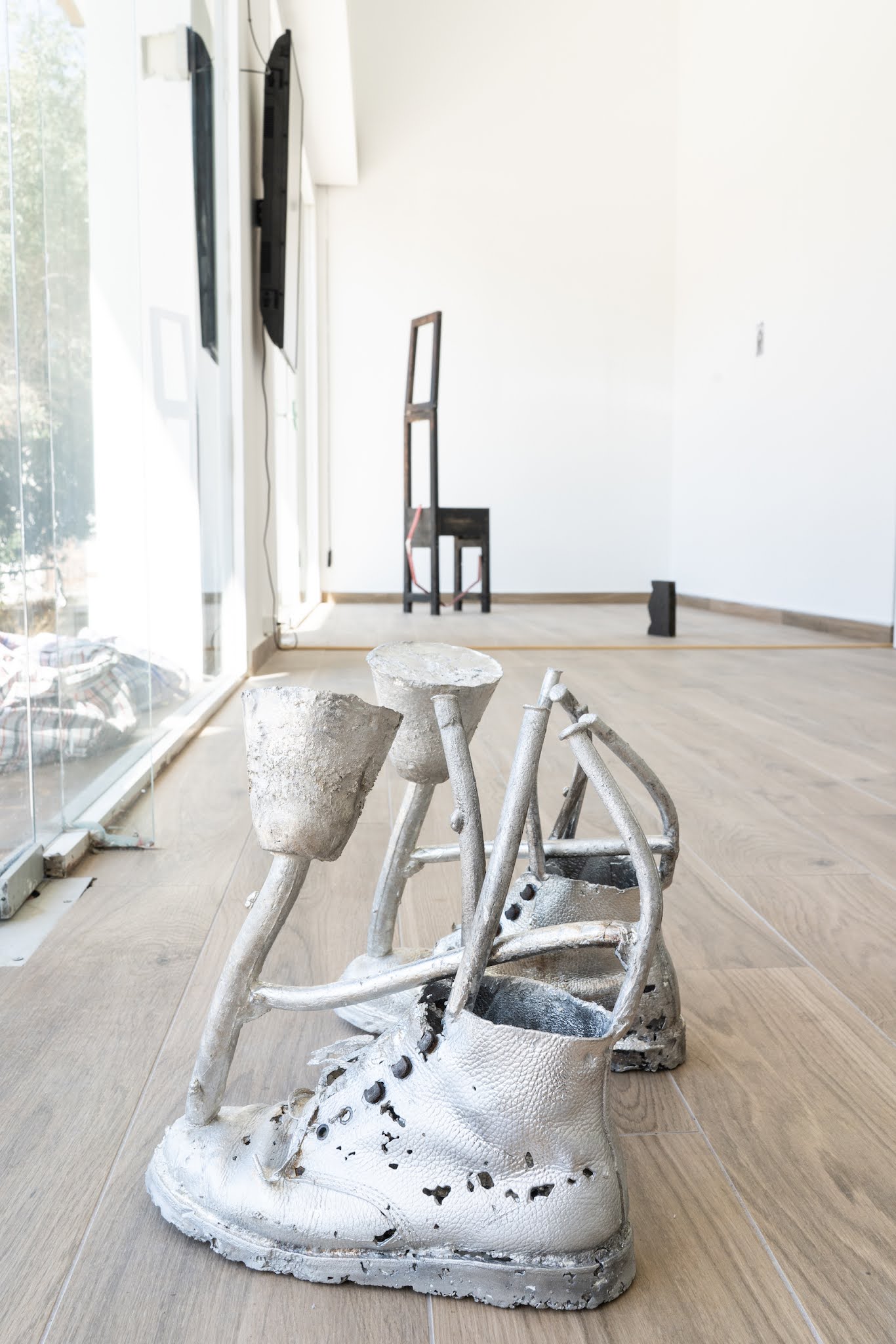 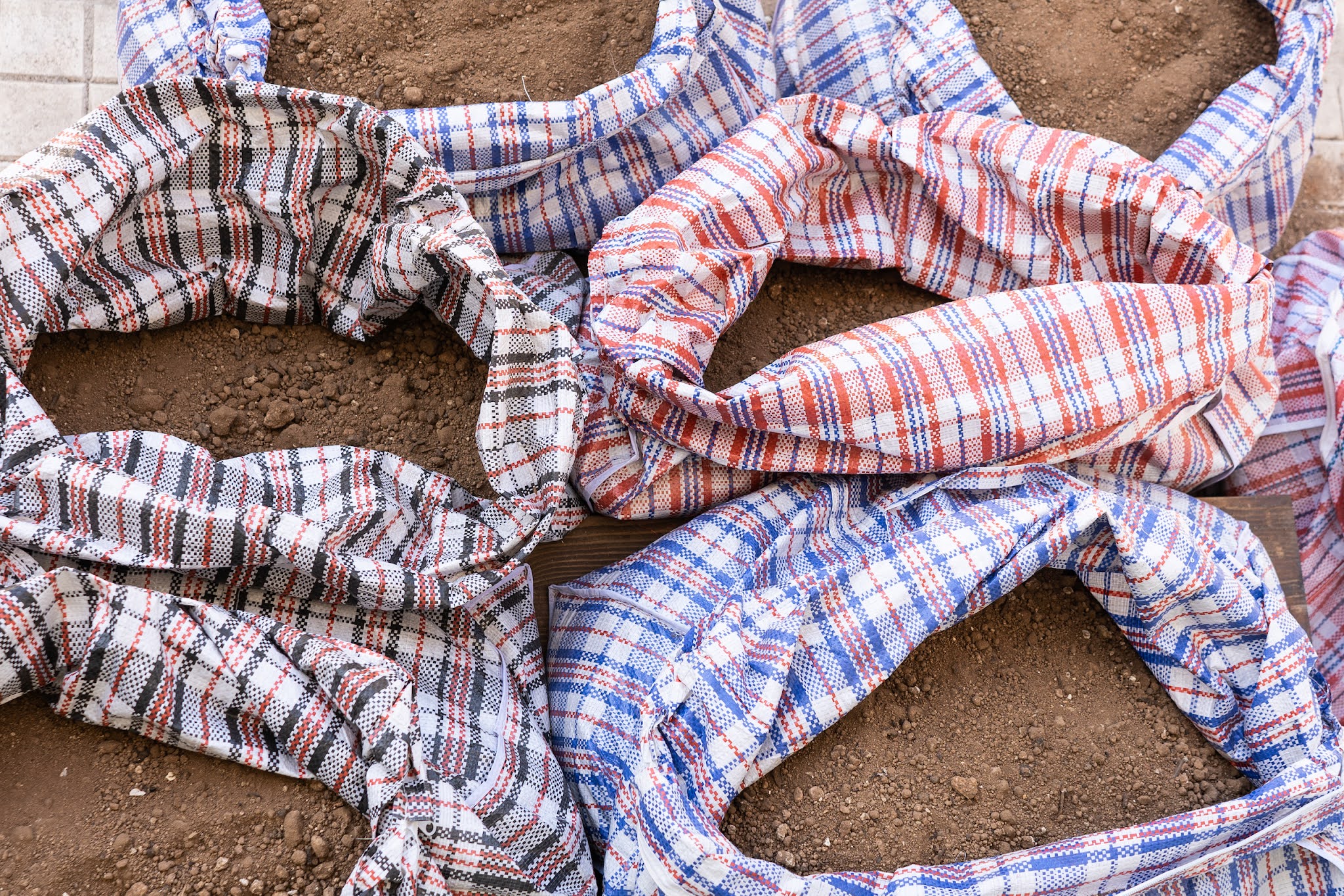 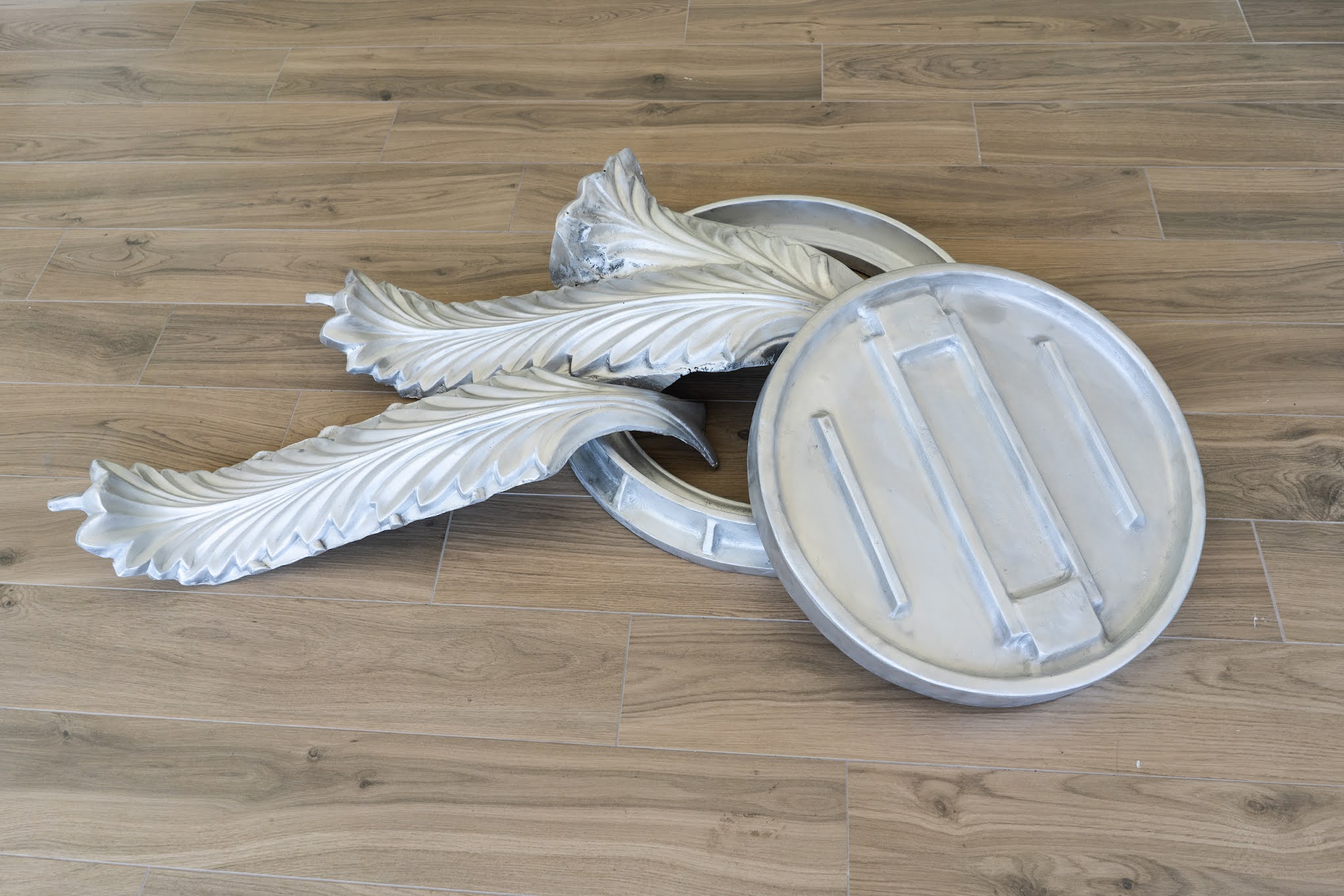 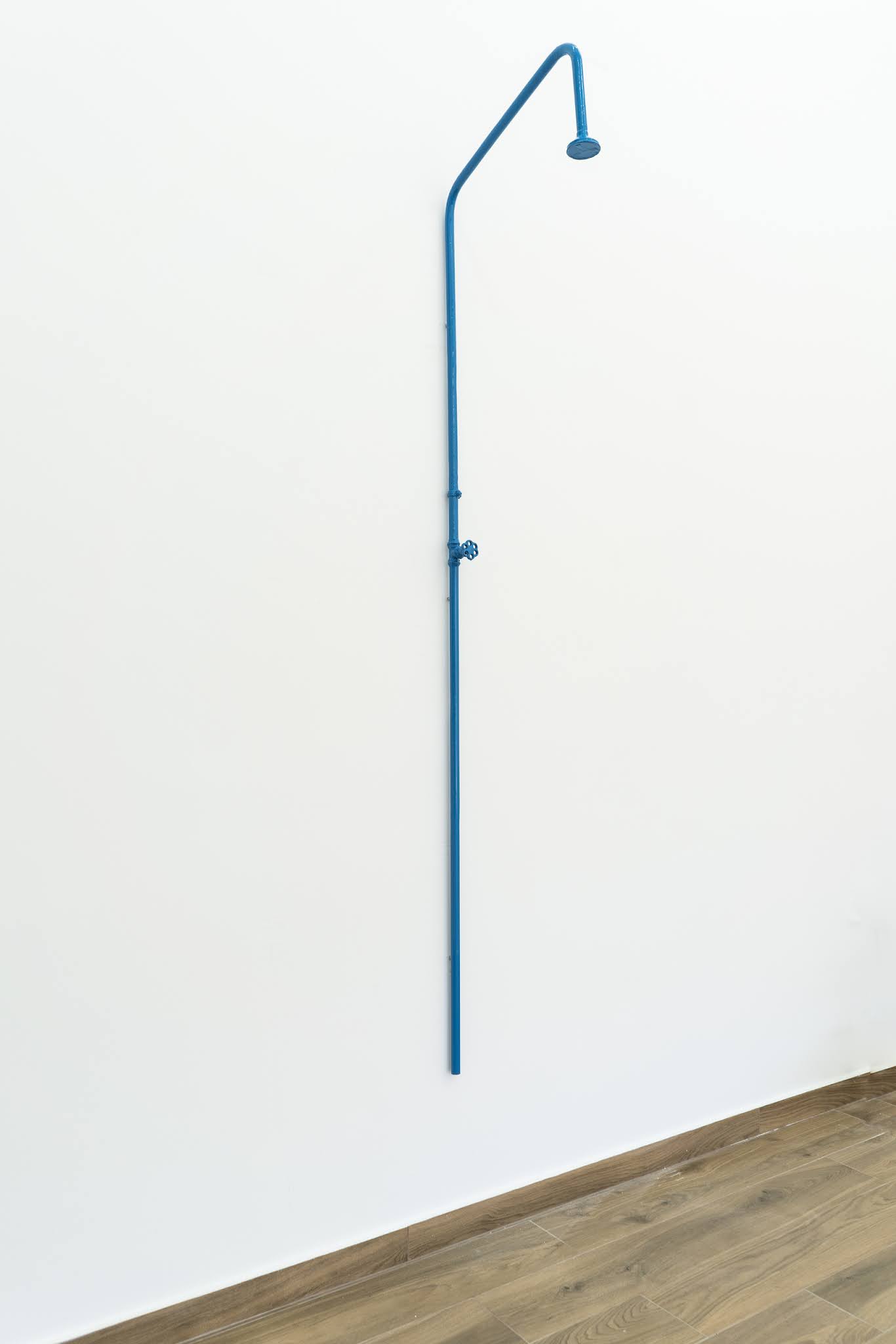 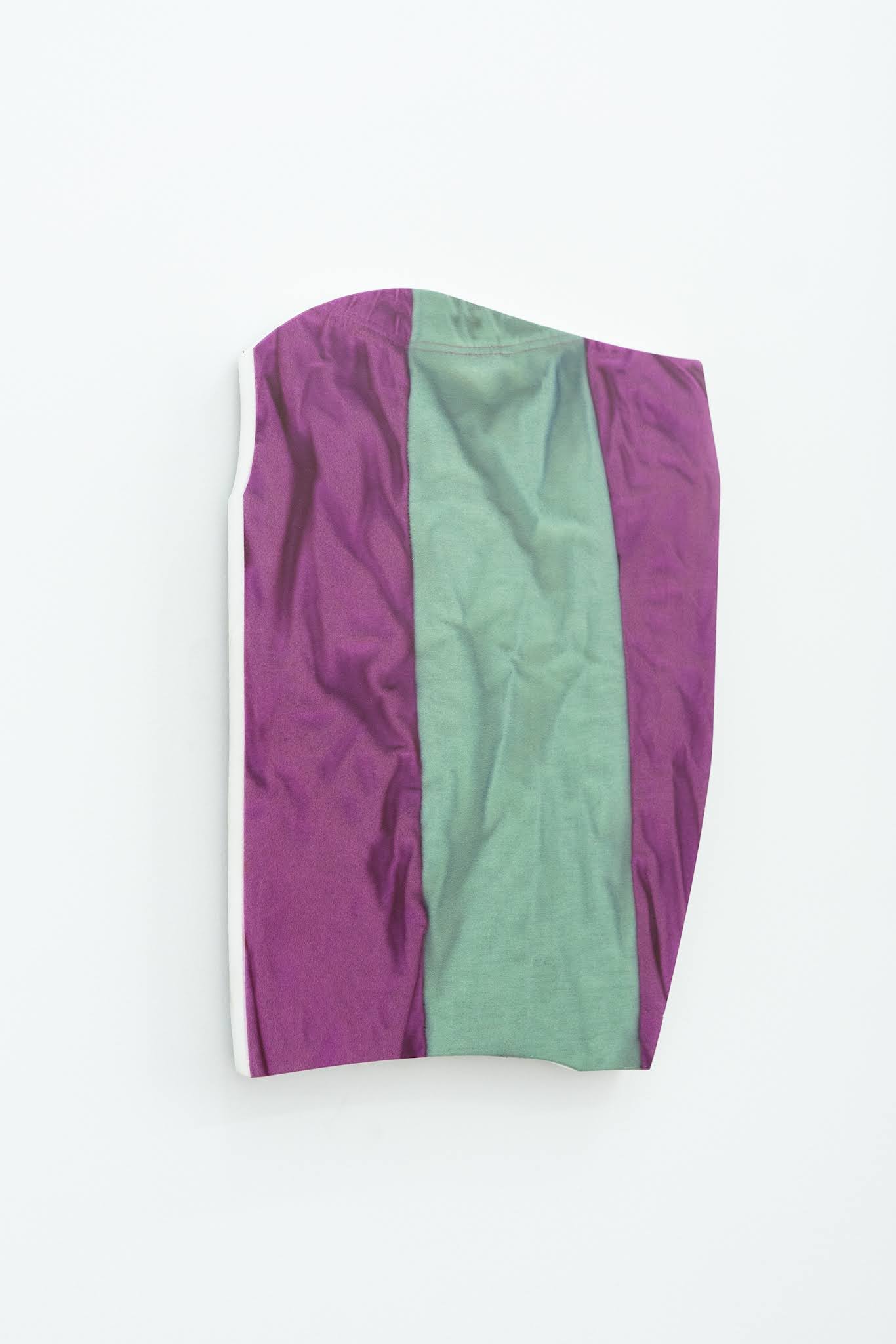 Whether we are the benefactor or the subject of othering, the modern narrative of history does not include a vital part of the stories that need to be remembered, reissued and acknowledged.  Since our knowledge is always situated, in our case we can observe the tension between old and new forms of inscription of collective memory, between figurative sculptures - the form par excellence for the inscription of memory in the western world - and performative works, where the bodies are constantly escaping monumentalisation. Can the same tools be utilised to build new narrations or should we totally reject the given methods in order to move forward? Τo whom do these tools belong, anyway? Can we imagine a symbiosis between old and new monuments?

In Anticipation, Iván Argote constructs an official atmosphere for the removal of the monument of Joseph Gallieni, marshal and architect of forced labor and slavery in the French colonies. Although Argote does not physically take the monument down, he digitally removes it using advanced technology. Nevertheless, the rumor of the removal was enough to spark controversy in French society. The title Anticipation demonstrates the belief that this is ´a future which has not yet been´.

Anastasia Douka has remodelled the statue of Dimitris Mitropoulos at the Athens Conservatory. Through Béatrice (Dimitris Mitropoulos, 1961, Thanassis Apartis, Αthens Conseravtoire) - a green-blue paper mould - Douka expresses her admiration for Mitropoulos’ disposition to deviate from the musical establishment to his public position in terms of his sexual preferences, as well as his death on the podium during rehearsal.

Iman Issa explores the lack of meaning in public monuments and how political regimes manipulate their symbolism through ten installations under the title of Material. Each work refers to a real monument, known to the artist. None of the monuments are named. The objects are the result of the deconstruction of the monument in question and her accompanying text describes it. Part of the exhibition is one installation titled Material for a sculpture commemorating the life of a soldier who died defending his nation against intruding enemies.

The performative piece Aparición by Regina José Galindo draws attention to a distressing statistic of femicide: one woman is killed every three days in Germany. Every third day this statistic is embodied by an anonymous female that appears unexpectedly in a public space as a living memorial to the murdered women. The veil, the ultimum abstraction of the human figure, emphasises women’s struggles.

The non-fiction video Otranto by Latent Community focuses on the shipwreck of the Albanian ship Katër i Radës in 1997 by the Italian Navy’s warship Sibilla where 81 people were killed. While the trial is still pending, the ship is exhibited as a public artwork by a Greek sculptor in Italy without any of the above information. A woman, the wife and mother of one of the victims, reads the tragic list of the dead. The time-based monument follows a performative approach where the body participates in the transmission of memory.

In her sculptural topologies, which are composed of fragments of built and natural surroundings, dismantled objects of daily use and traces of gestures, Rallou Panagiotou examines modes of representation, behaviour and self-expression within the constantly changing ideas of leisure and luxury. Her work reveals the historical and genealogical properties of these fragments and explores connections, differences and tensions between locations that differ in time and geography.

In the forefront of a photographic work by Prinz Gholam they conduct a continuous corporeal investigation on dominance, loss and assimilation, drawing from their own experiences of coming from different cultures. Behind them we observe two old monuments: the Porta San Paolo and the Pyramid of Cestius in Rome. Prinz Gholam have appropriated the mask, a cultural artifact and highly ritualized object recontextualised in the era of COVID-19.

Hans Schabus, using objects that recall familiar items from everyday life, charges materials with certain meanings they were not supposed to have, twisting them away from their original use and substance. His sculptural material, in addition to its surroundings and context, is further enriched by movement. The cast aluminium sculpture presented here outlines an absent person.

Socratis Socratous acts as a manufacturer of objects with an instinctive relationship to materials, exploring the urban landscape by connecting an anthropocentric point of view, the architecture and the sculpture. His work Φ 6.55 is an urban sculpture simultaneously reflecting  time, ornamentation and utility value, as well as acting as a survival kit.

Kostis Velonis’ chair model was based on a platform chair in Speakers' Corner in Hyde Park, London, an area where open-air public speaking and debate take place. His works are focused on an anthropocentric narrative with allegories of the everyday life of the public forum; they contain a framework for how power can be overthrown.

Culture as nature: PVC bags filled with soil in which seeds scattered by the wind and animals find a new home. Lois Weinberger and his Portable Garden emphasises that seeds do not know borders and establishes a connection to the lives of immigrants, who often use these types of plastic bags to carry all their belongings. These  “containers” function as an act of remembrance.