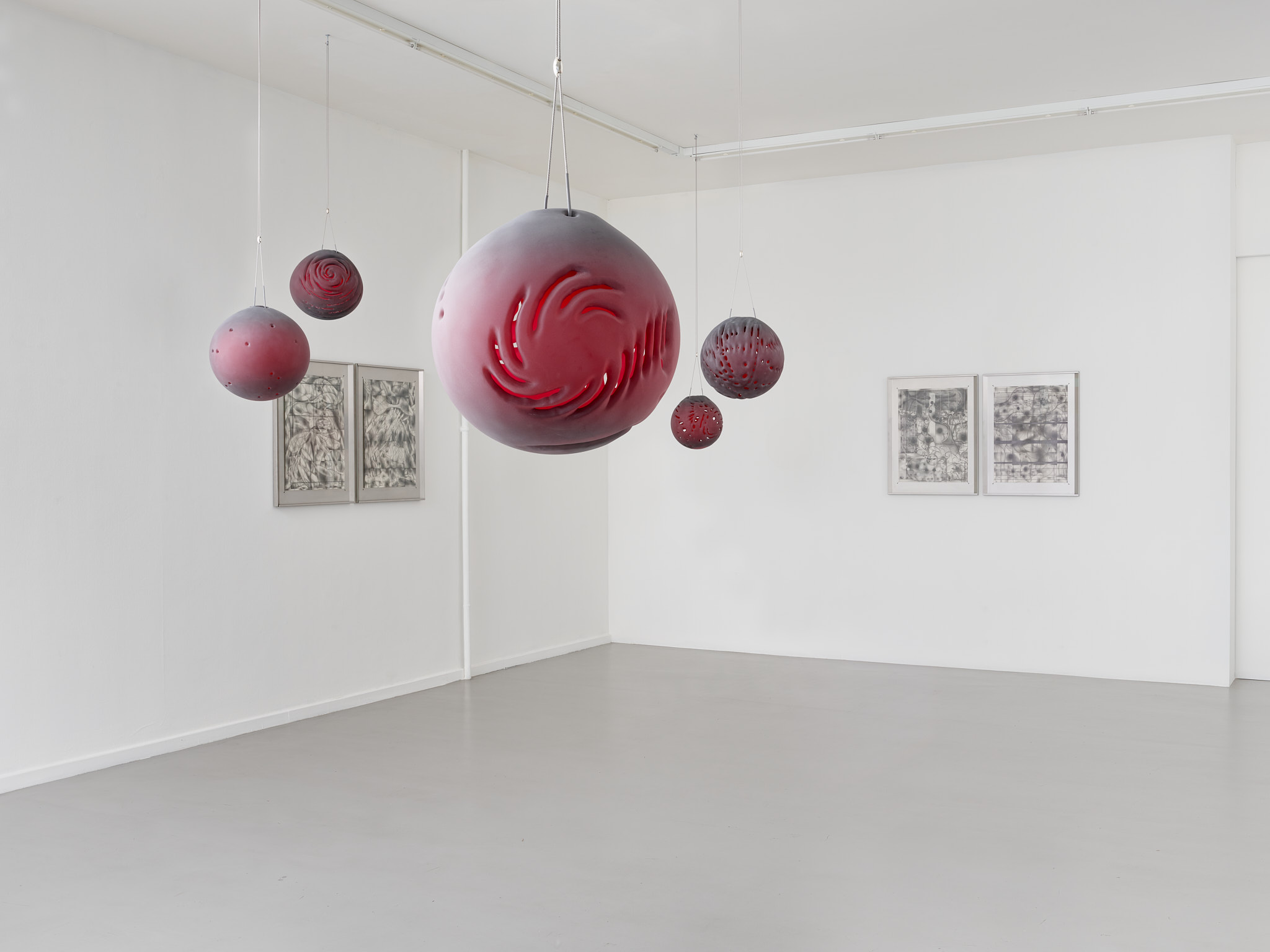 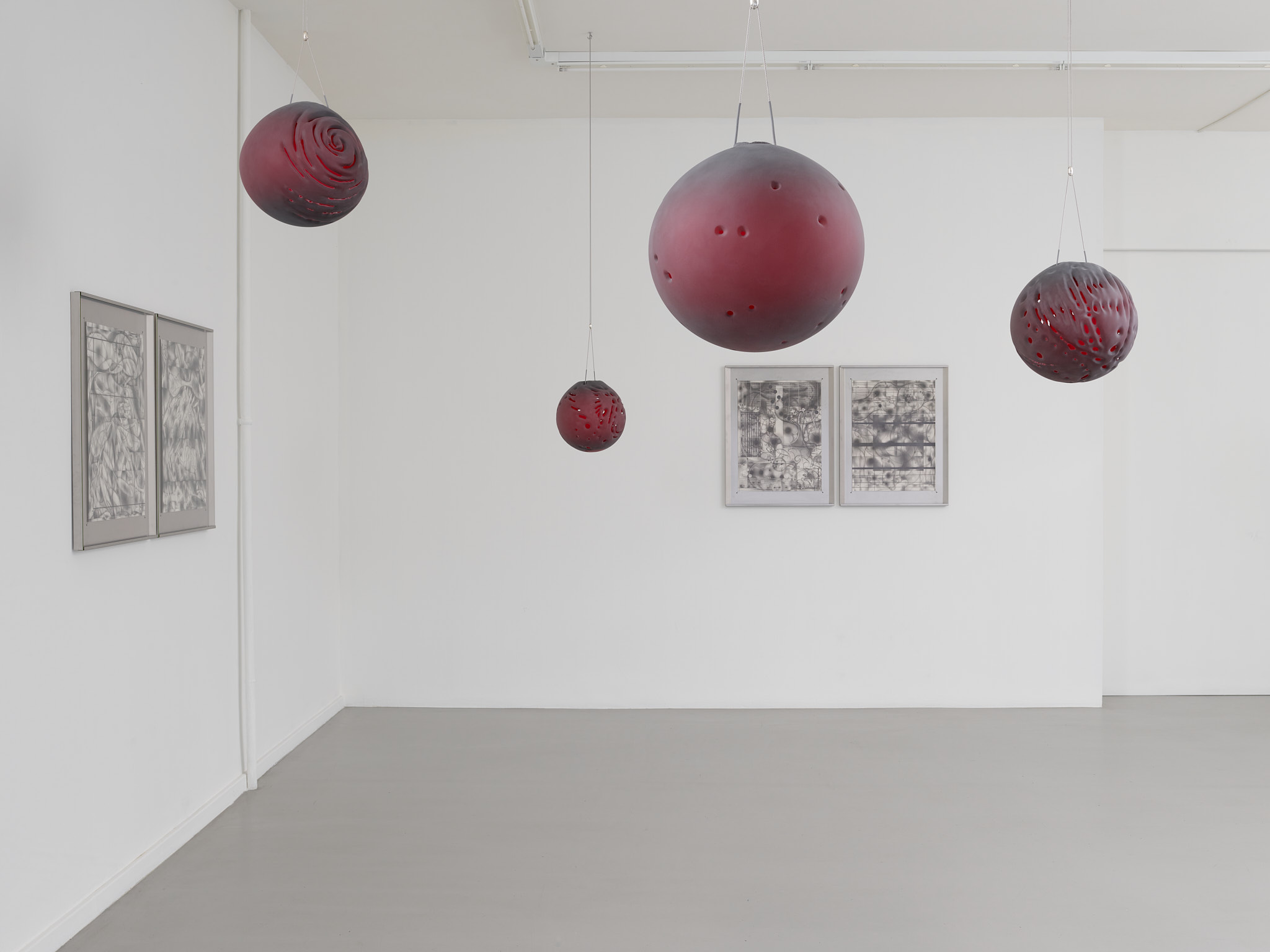 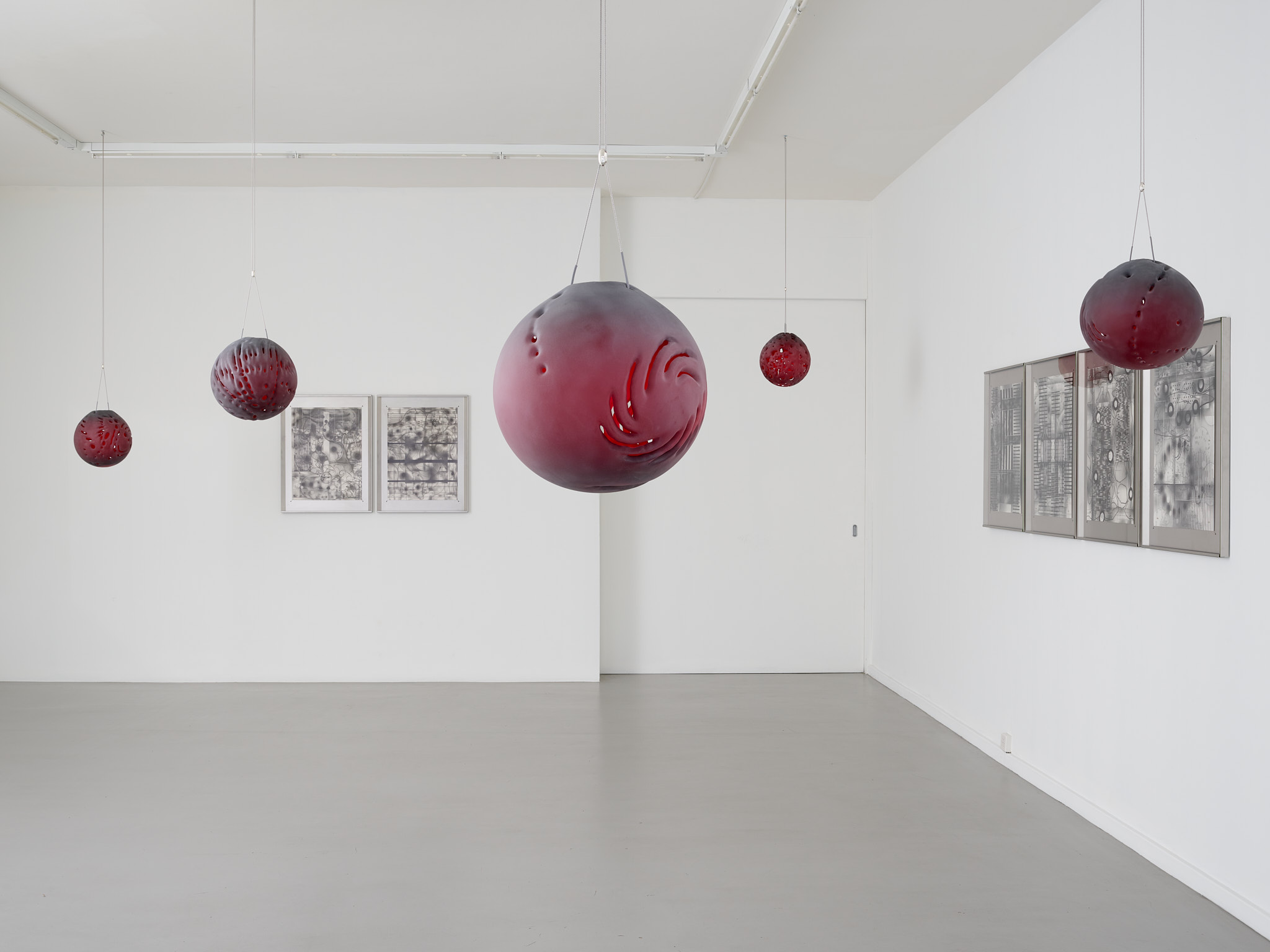 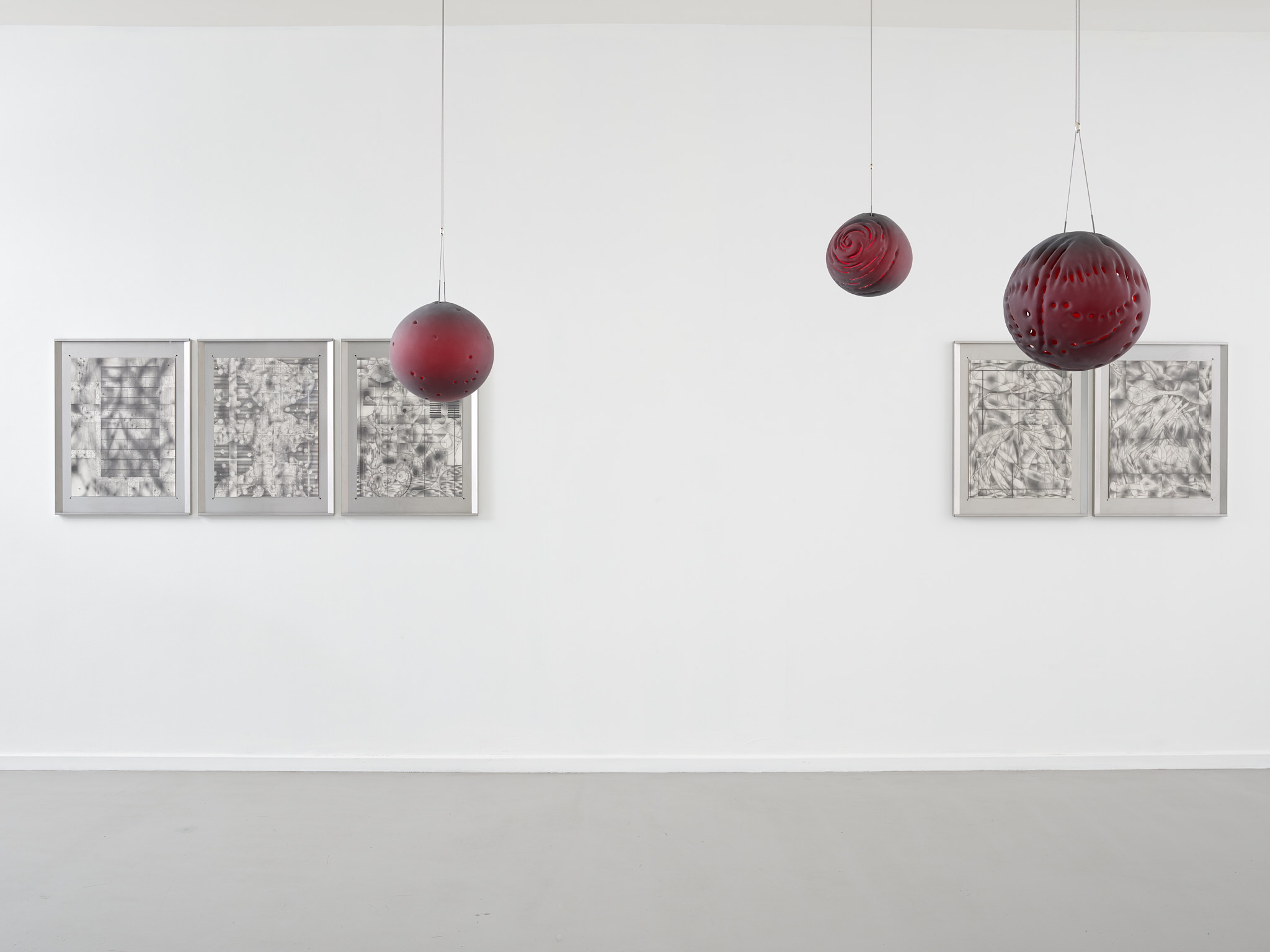 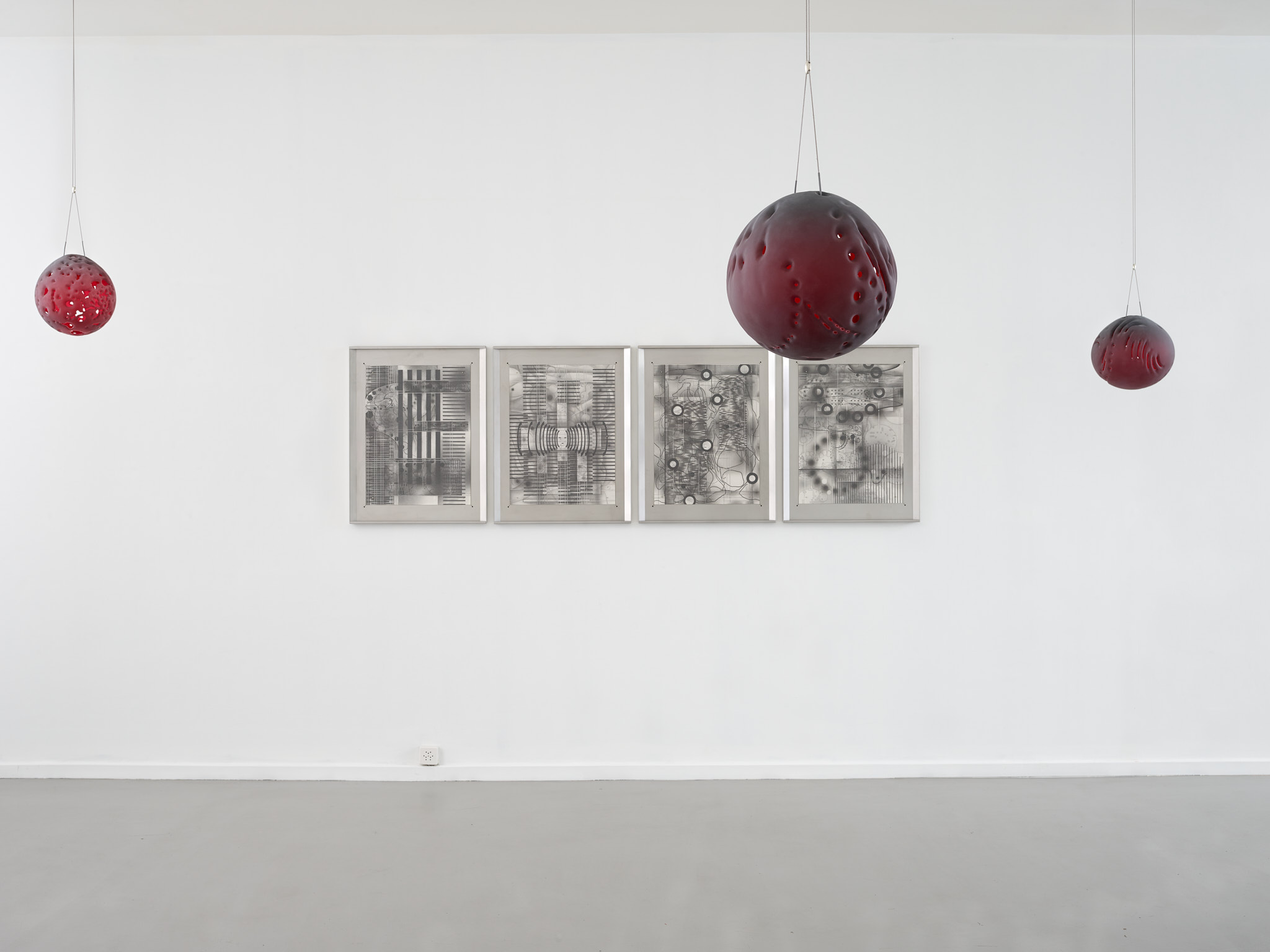 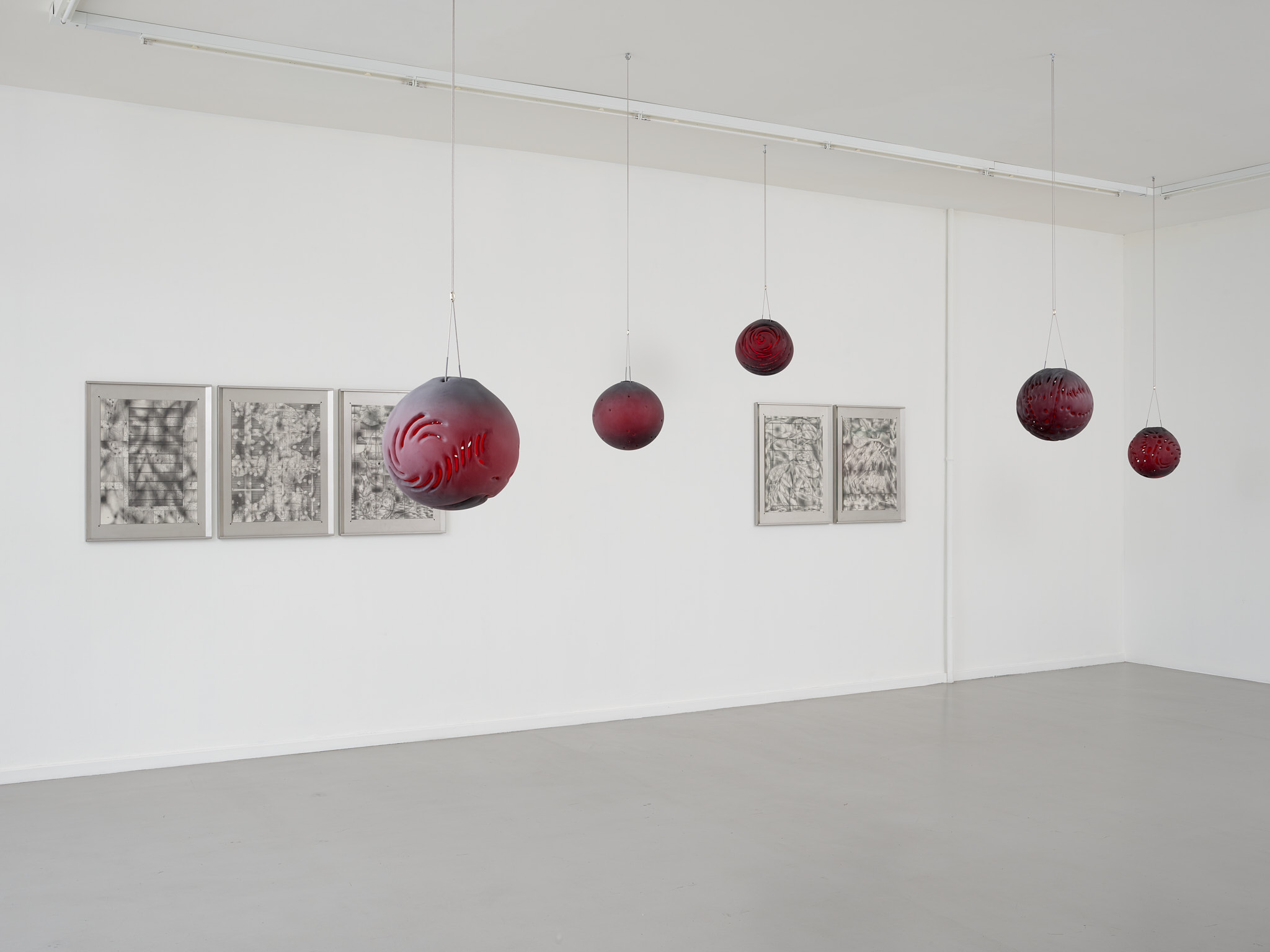 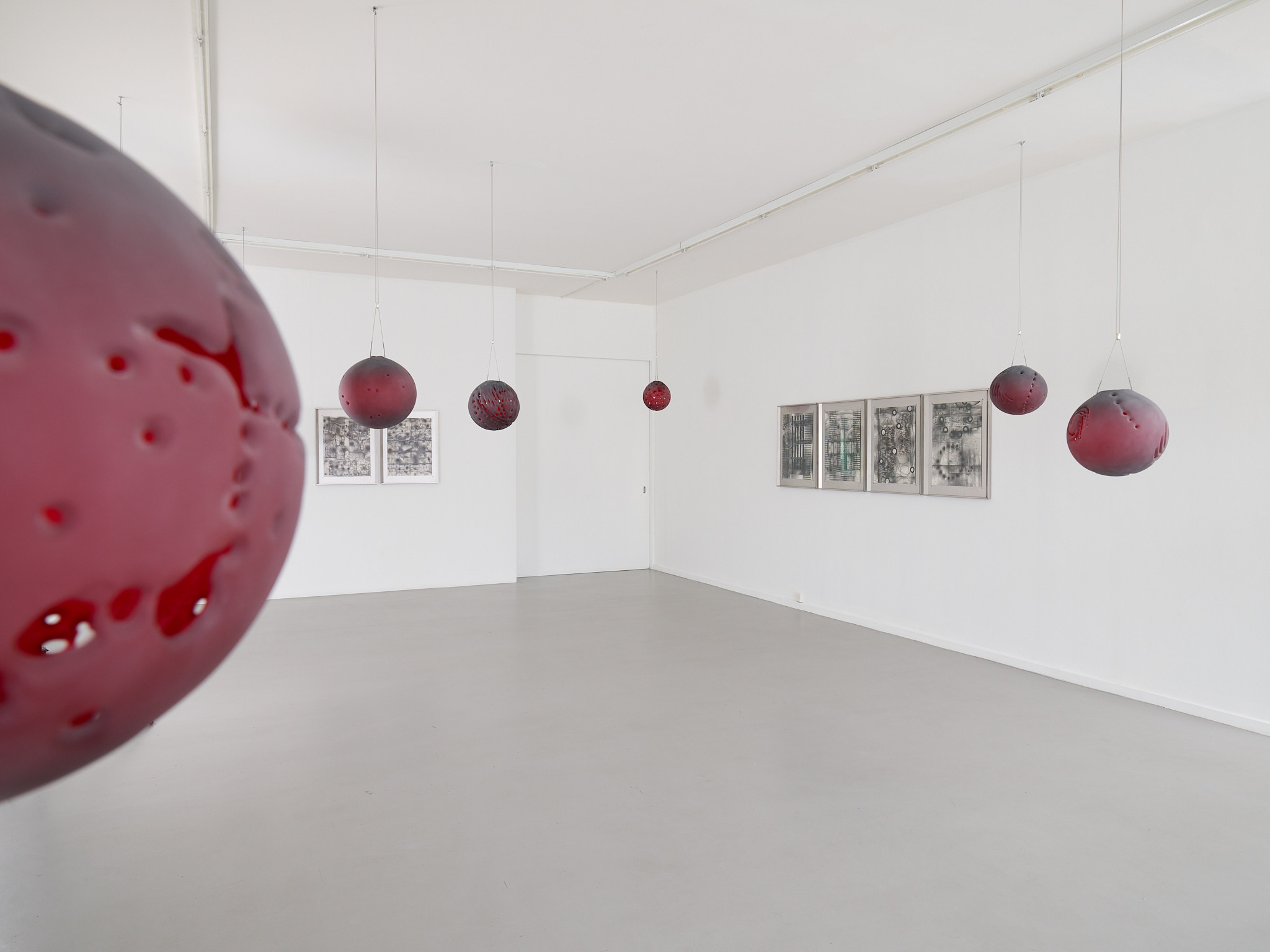 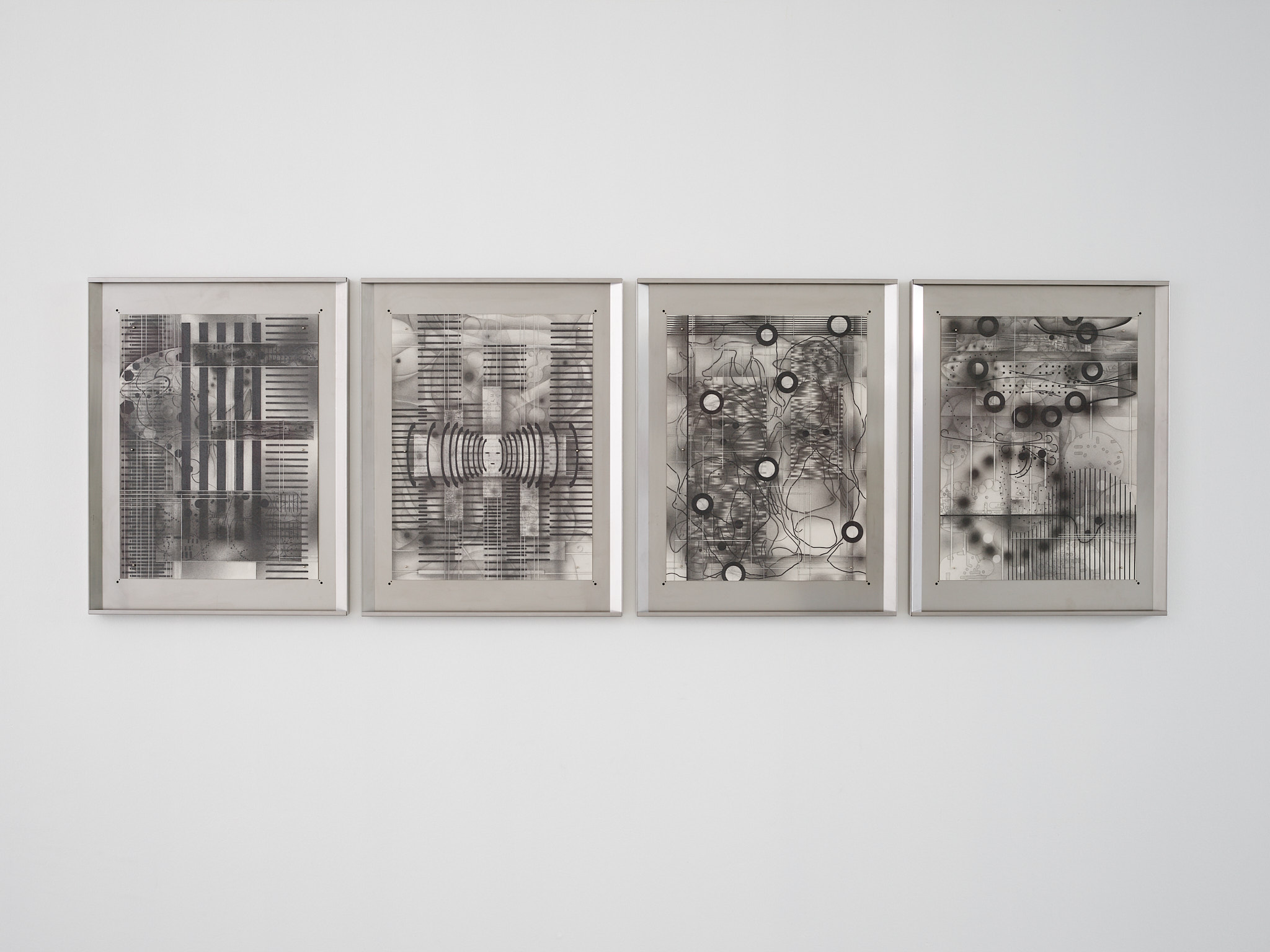 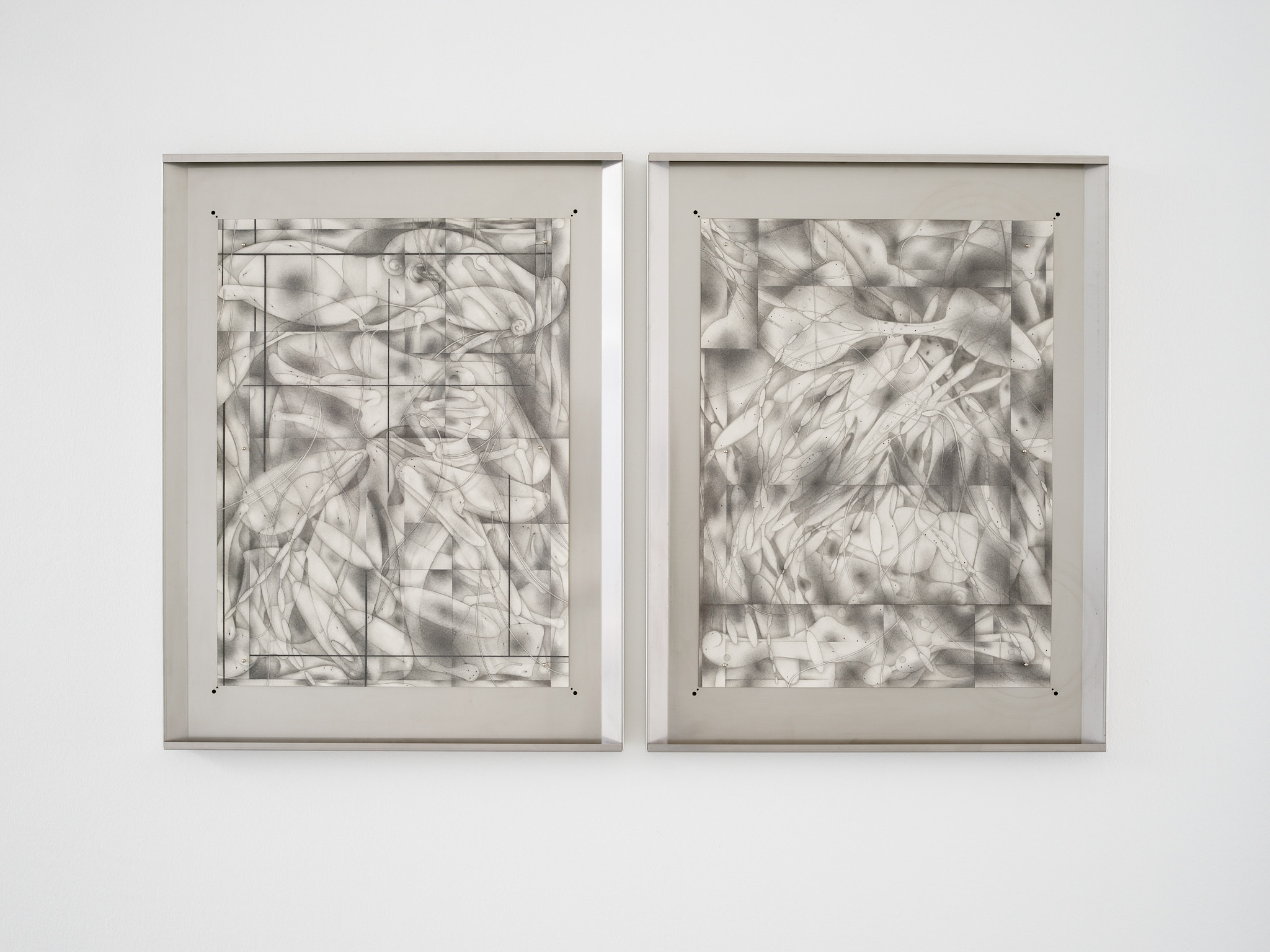 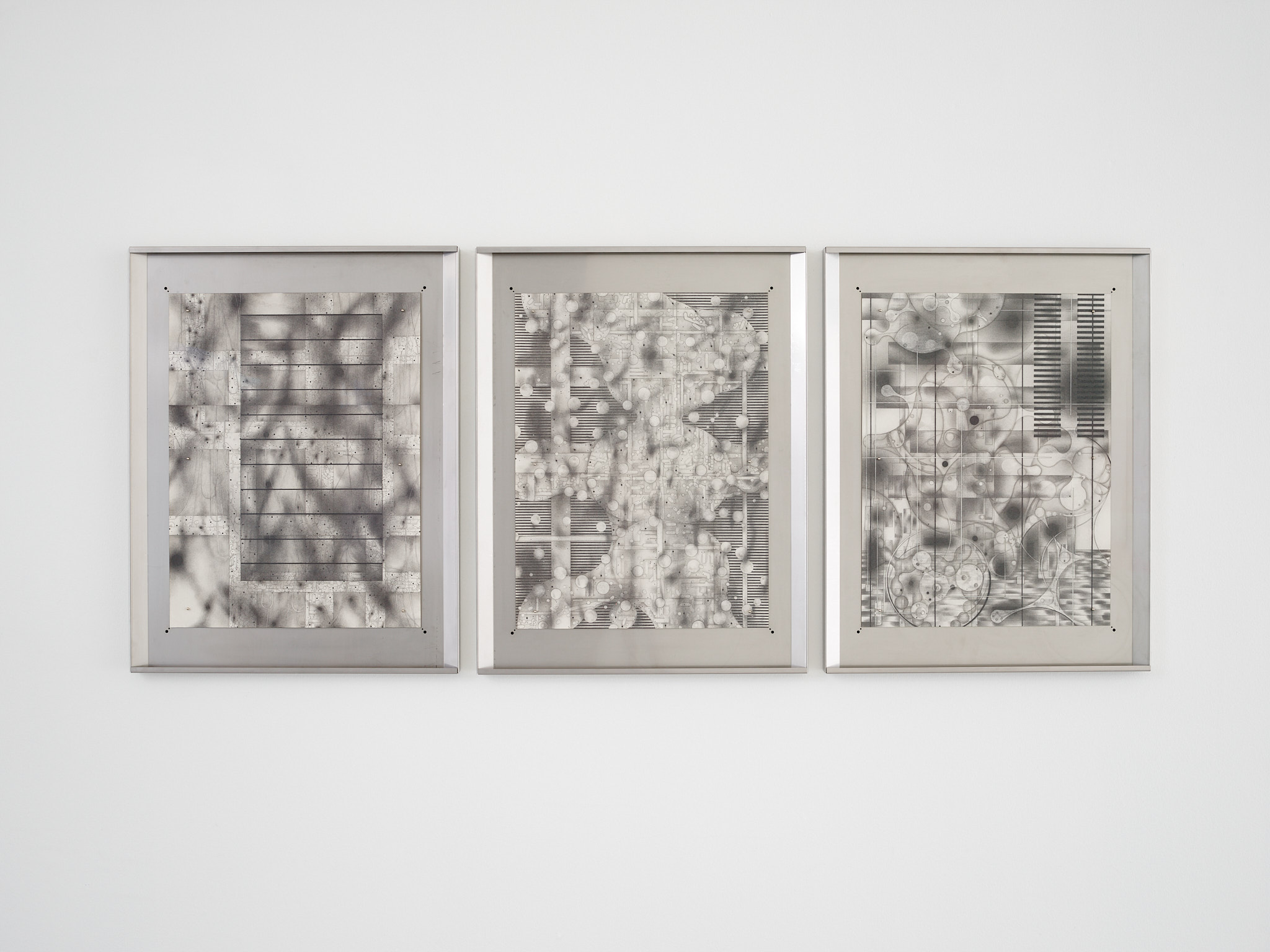 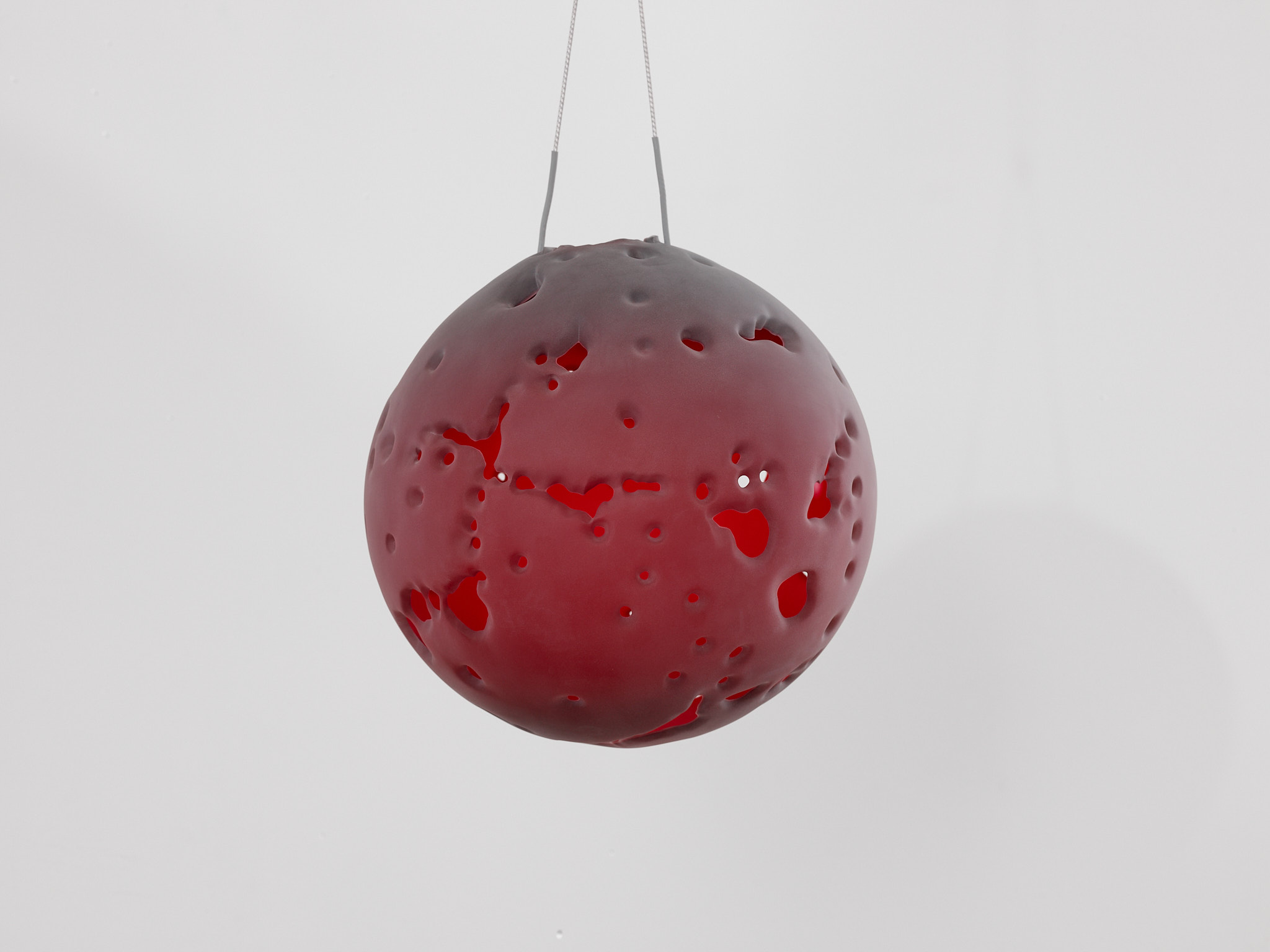 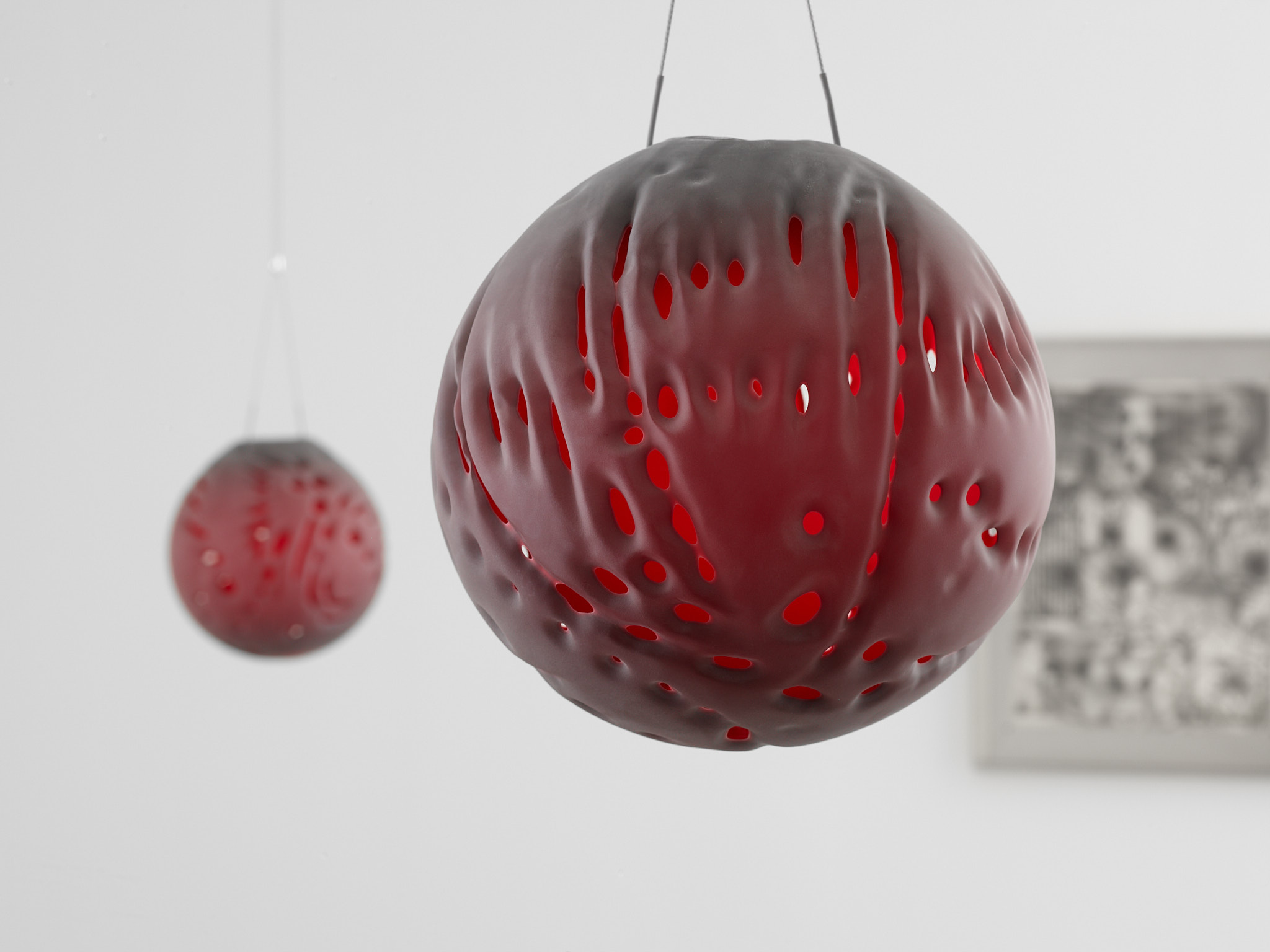 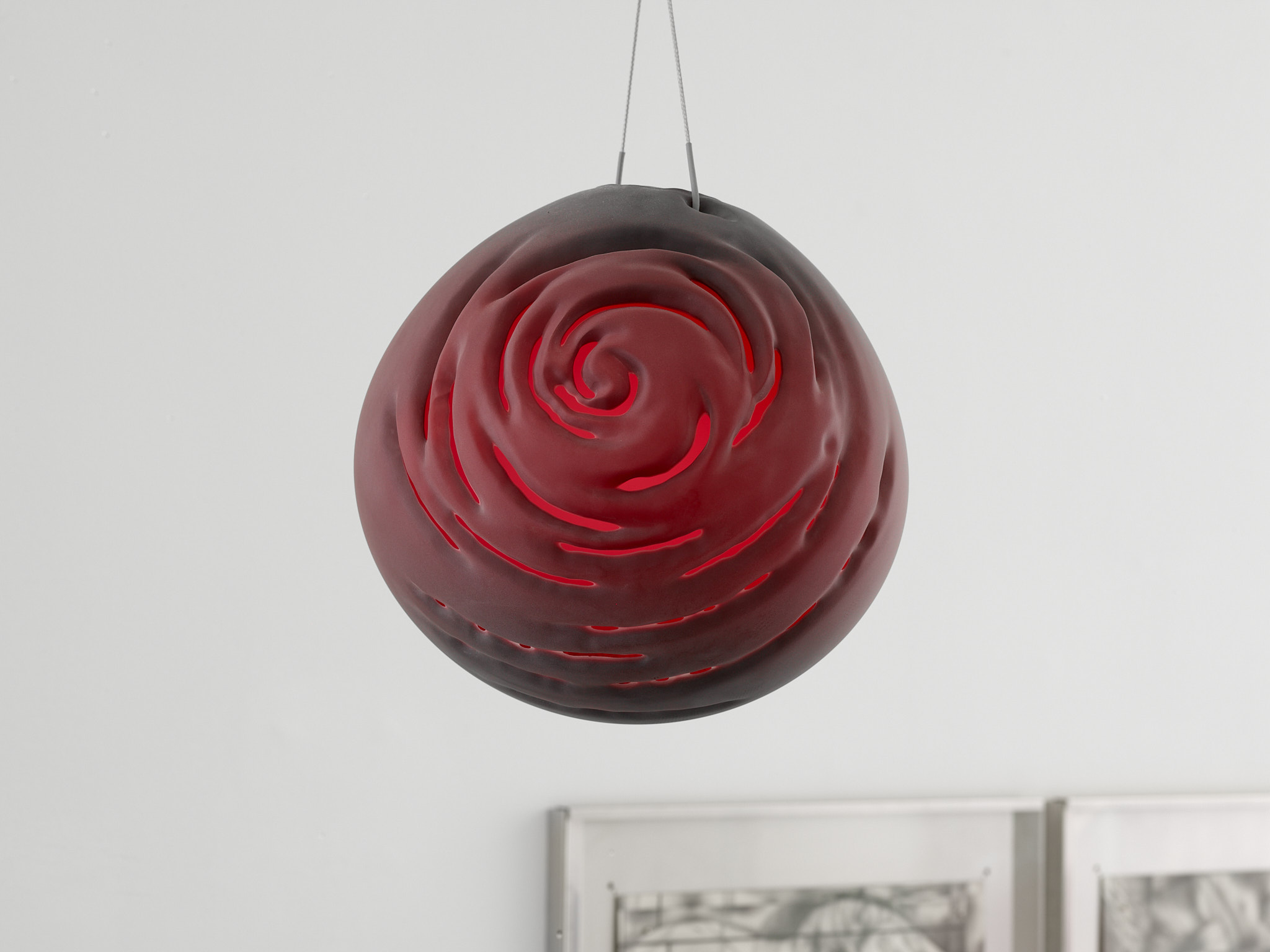 Guillaume Dénervaud’s artistic practice combines drawing, print, sculpture and installation with an interest in forms stemming from comics, science fiction, film and literature. He also draws inspiration from the real world, mixing references to decorative or utilitarian objects and bringing to light techniques, materials and forms often derived from crafts, design or more simply from popular culture and daily life. He associates contemporary and more vintage production methods with forgotten or rediscovered traditional skills. With a strong interest in printing techniques, he revisits processes such as airbrushing, graphite powder, lithography, screen printing and analogue and digital printing. This freedom in his choice of mediums generates untraceable and not easily recognisable printing methods, often superimposed and intermingled, producing highly pictorial, atmospheric and psychedelic effects of colour, light and transparency, as though in motion and deeply sensual. This richness and creative freedom gives Dénervaud's work the impression of an aesthetic shift, with techniques and forms that appear to belong to the early 20th century, but characterised by perfectly contemporary presentation methods and precision.
Guillaume Dénervaud studied illustration at the École des arts appliqués in Geneva as well as the Work.master programme at HEAD, also in Geneva. He now works in Switzerland and abroad, such as at Red Gate in Vancouver, the Open Studios of the Cité Internationale in Paris, the ODD artspace in Bucharest, the Nicolas Krupp gallery and the Villa Renata at the invitation of Salts in Basel, the Musée Cantonal des Beaux-Arts and Circuit in Lausanne, Hard Hat in Geneva and Fri Art in Fribourg. He has benefited from a residency offered by the Hermès company at the Cristallerie Saint-Louis and soon at the Swiss Institute, New York.
Guillaume Dénervaud was born in Fribourg in 1987. He lives and works in Paris.
Tags (CEC), Centre d’édition contemporaine, Daily Lazy Exhibition, Geneva, Guillaume Dénervaud, solo exhibition, Surv’Eye
Newer Post Older Post Home