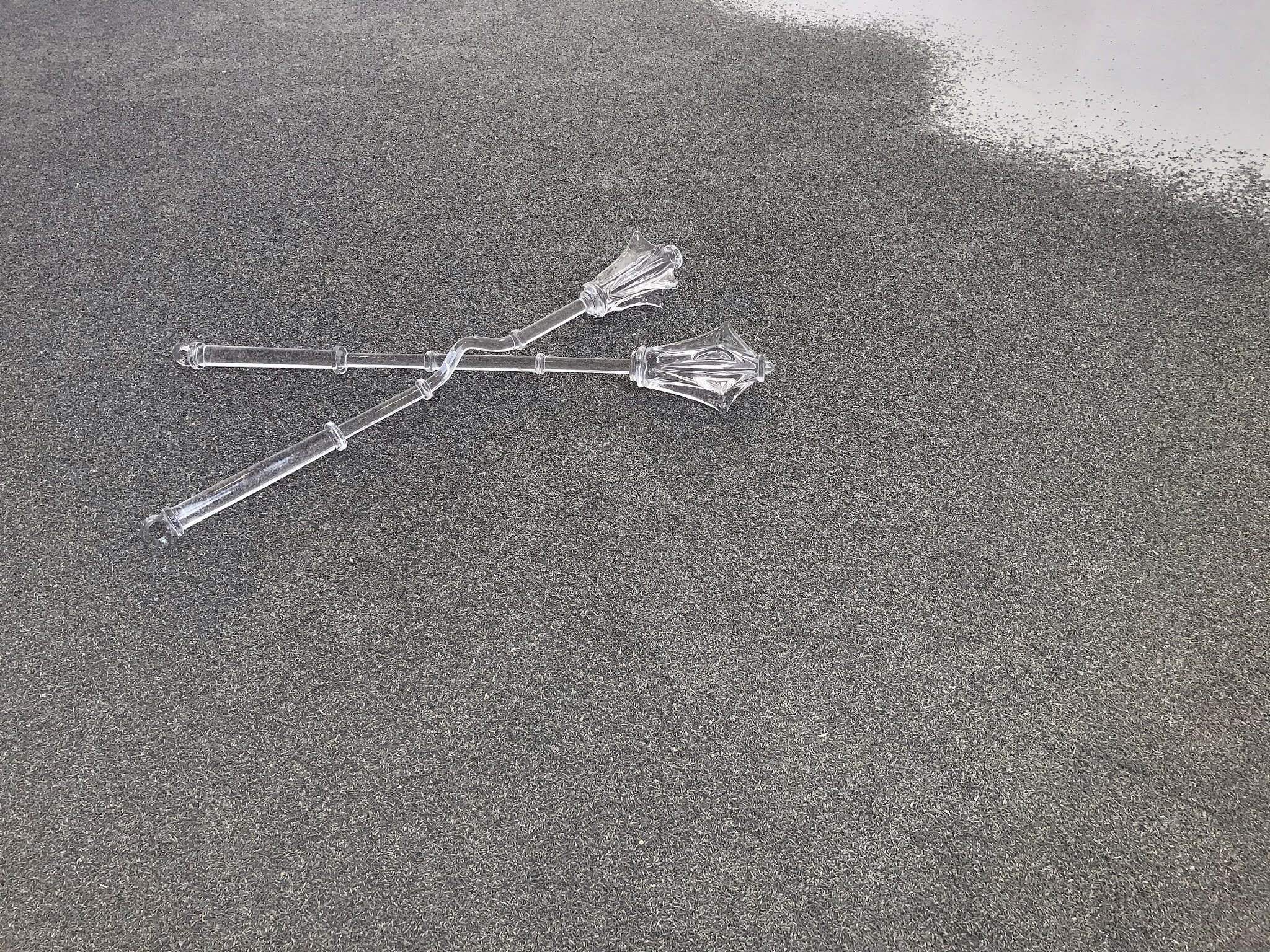 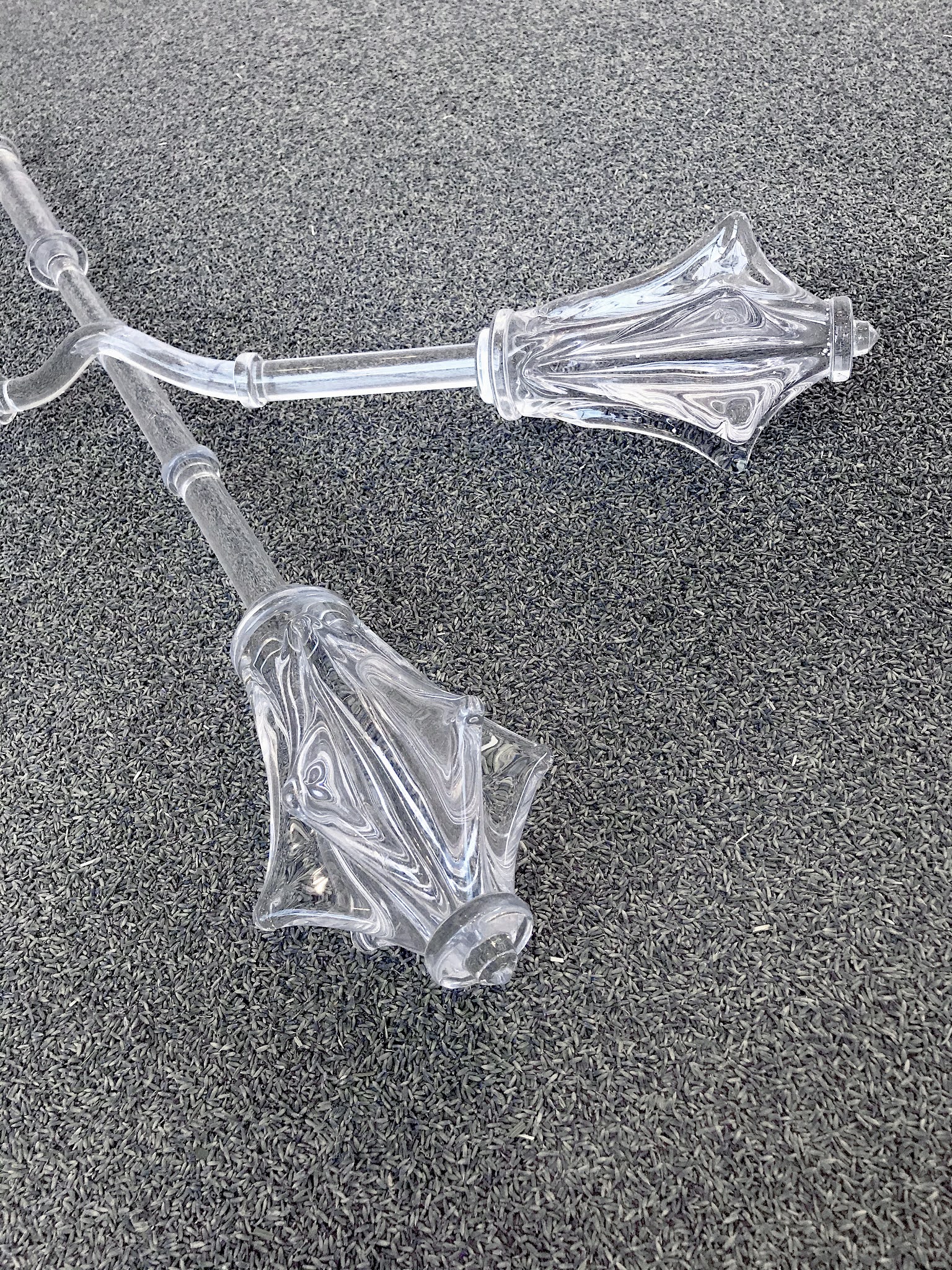 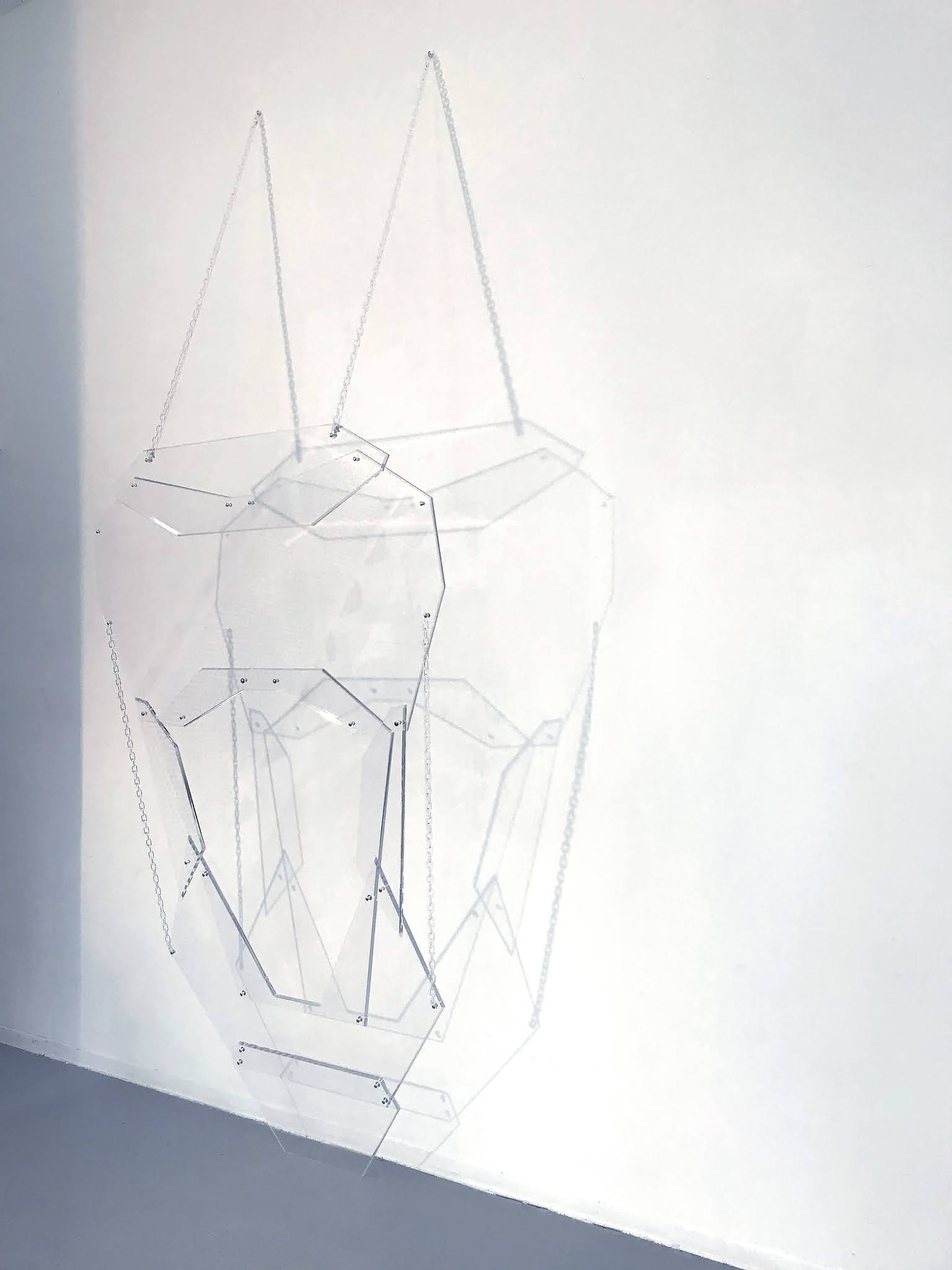 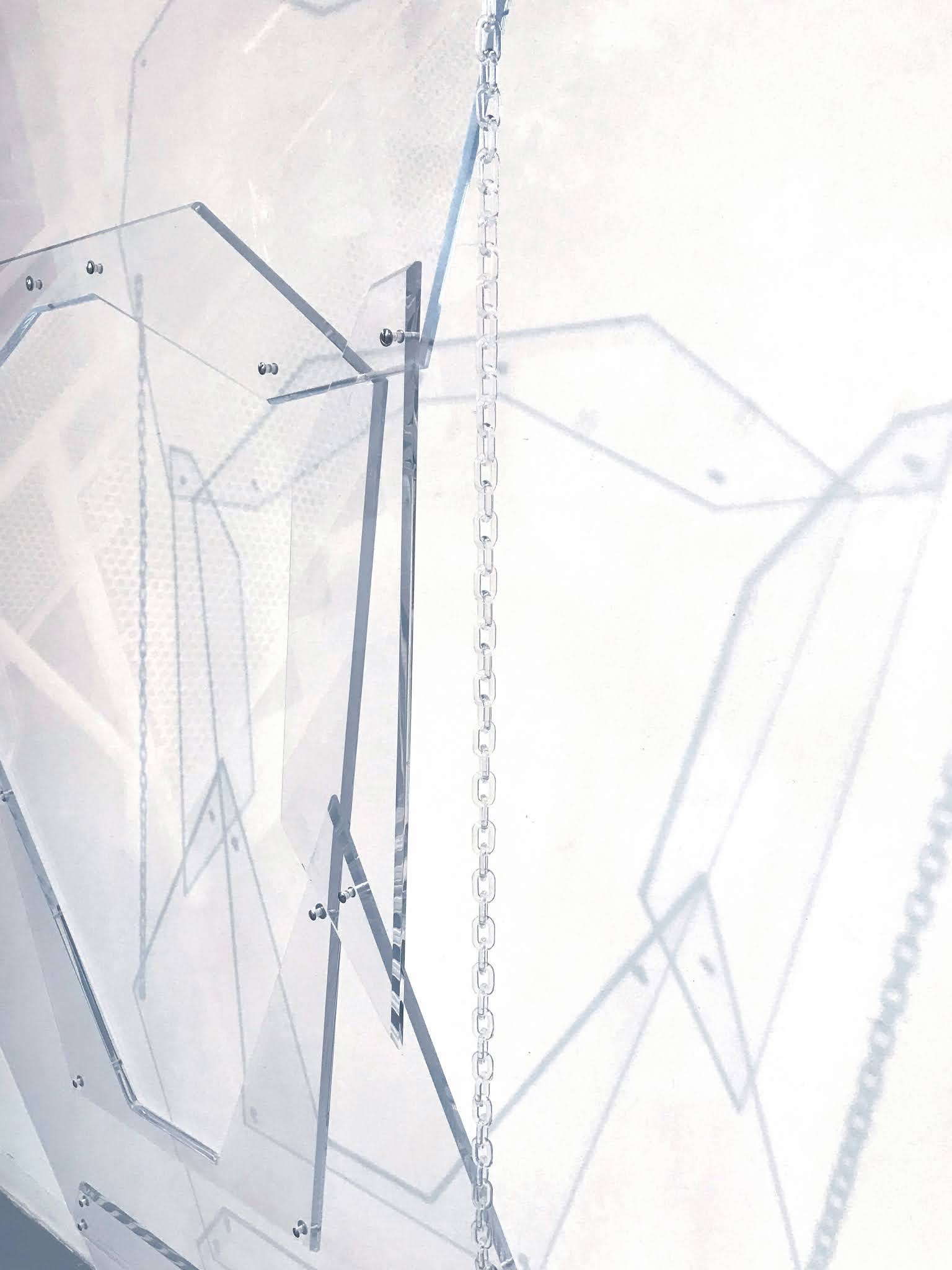 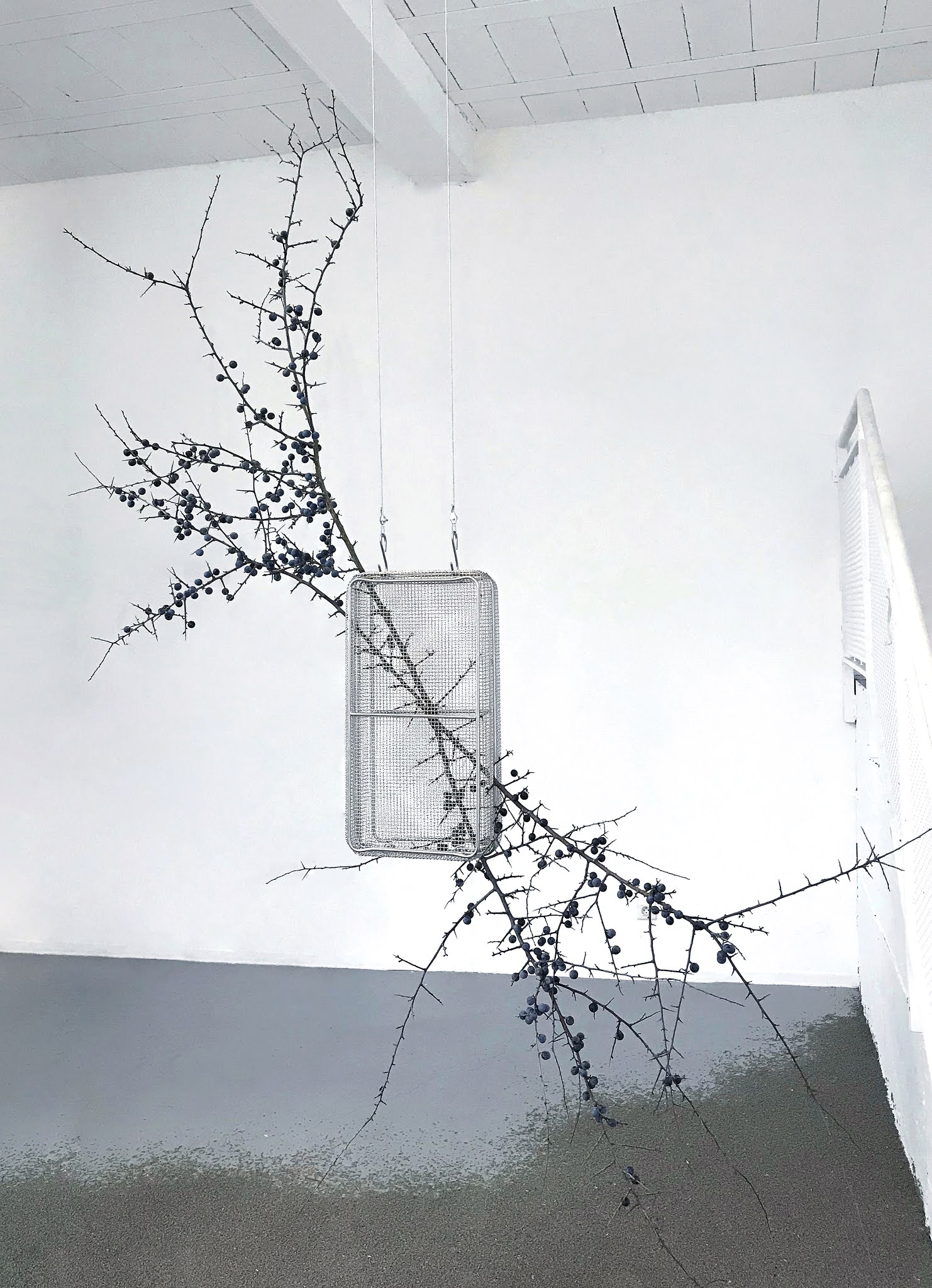 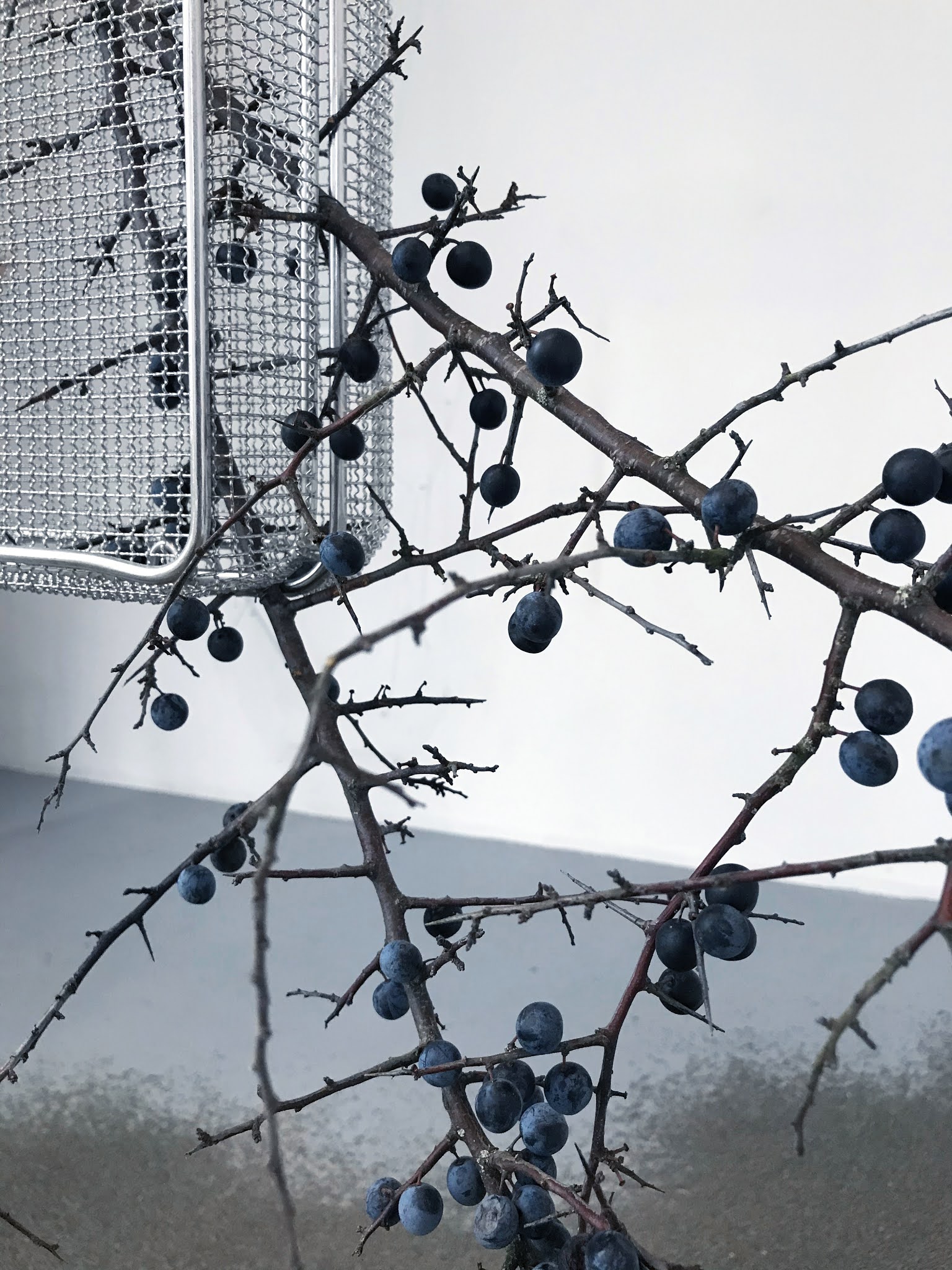 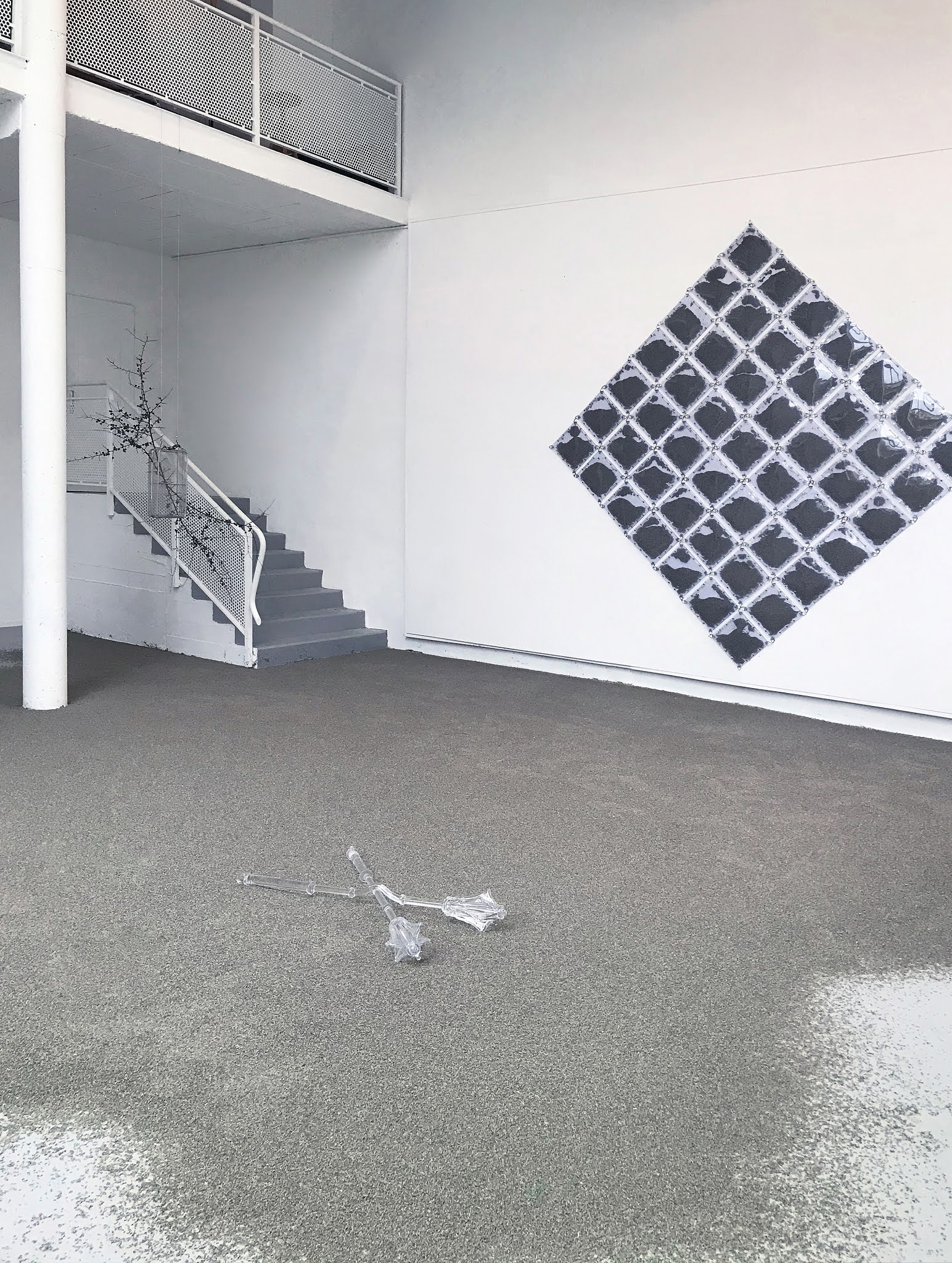 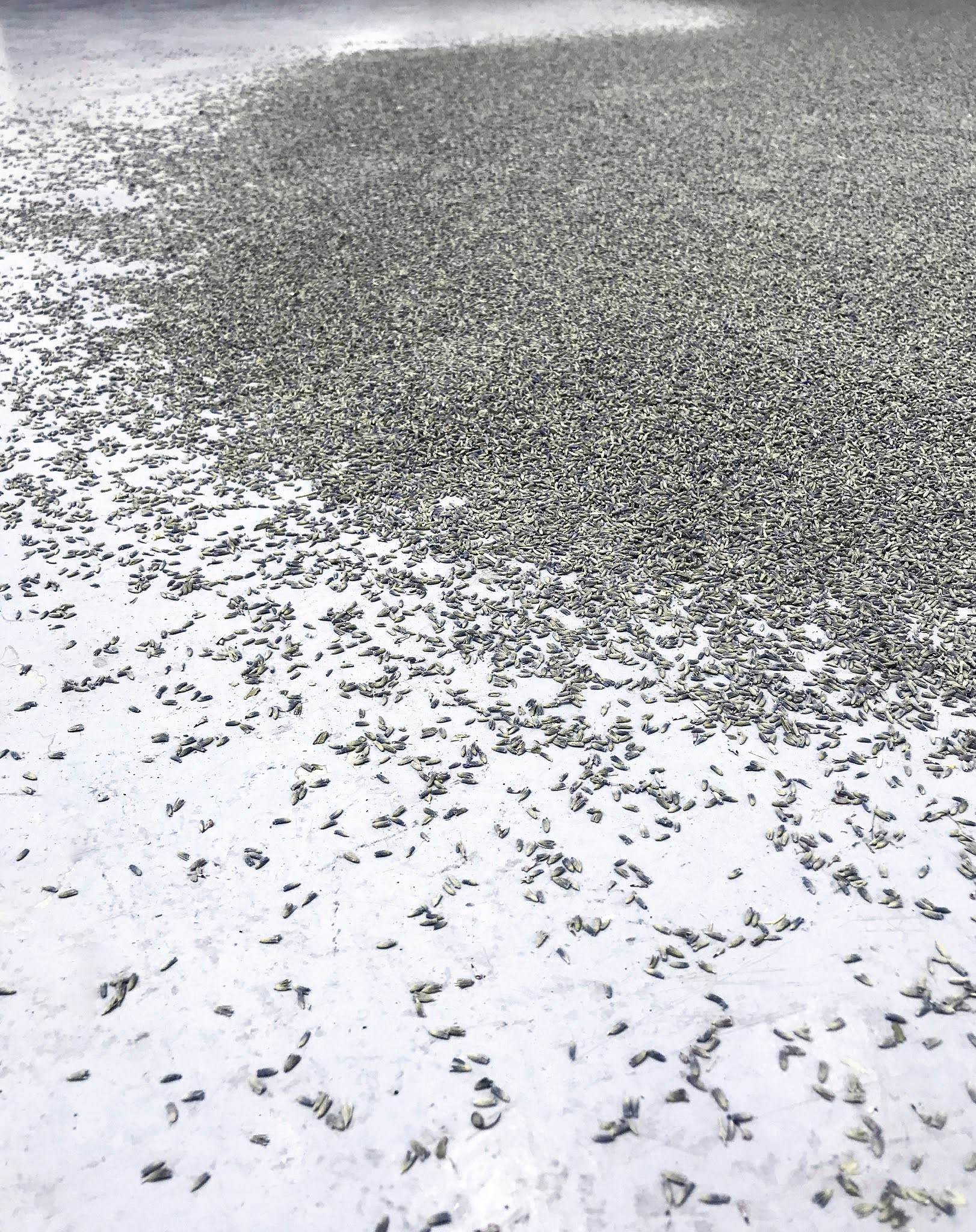 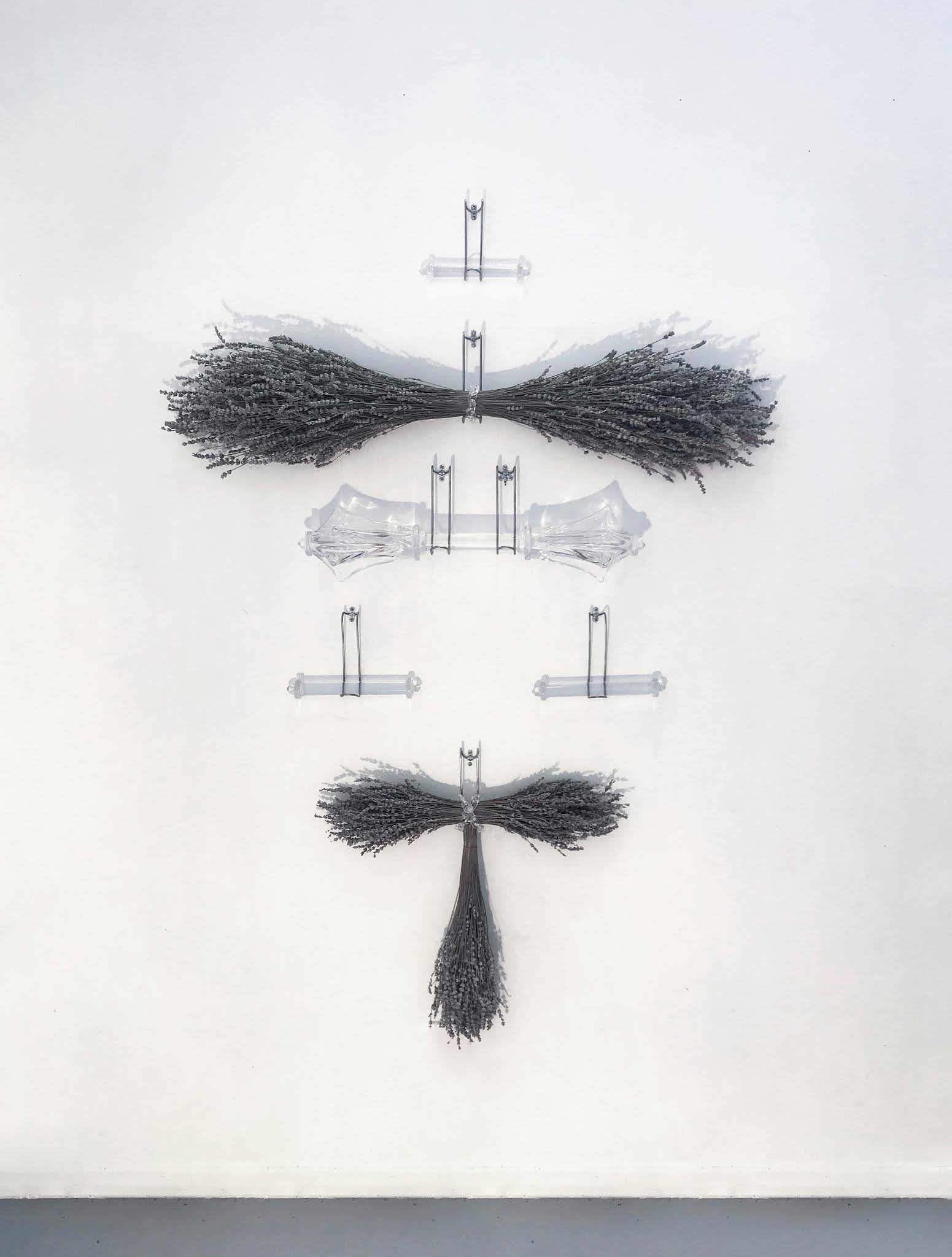 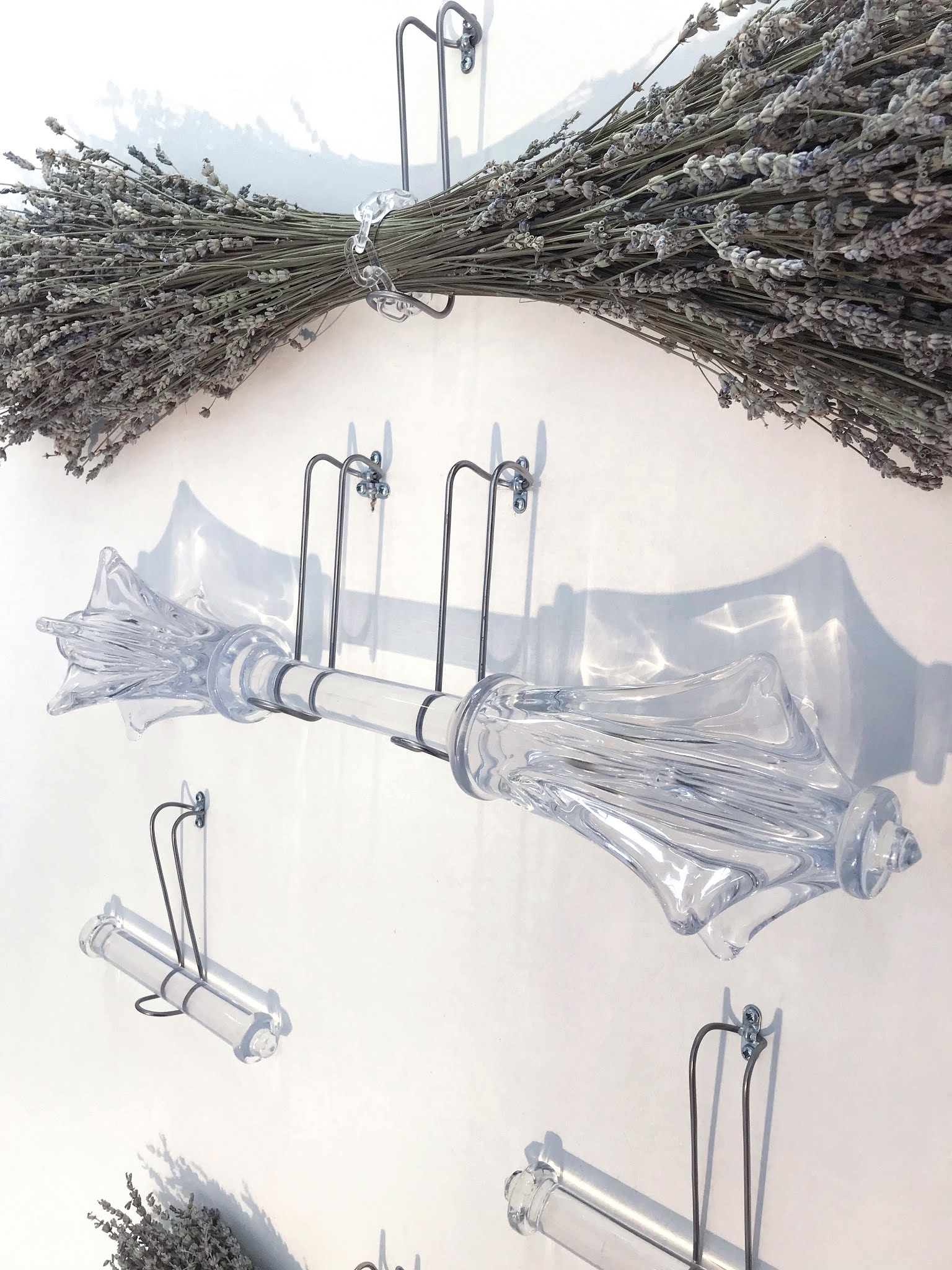 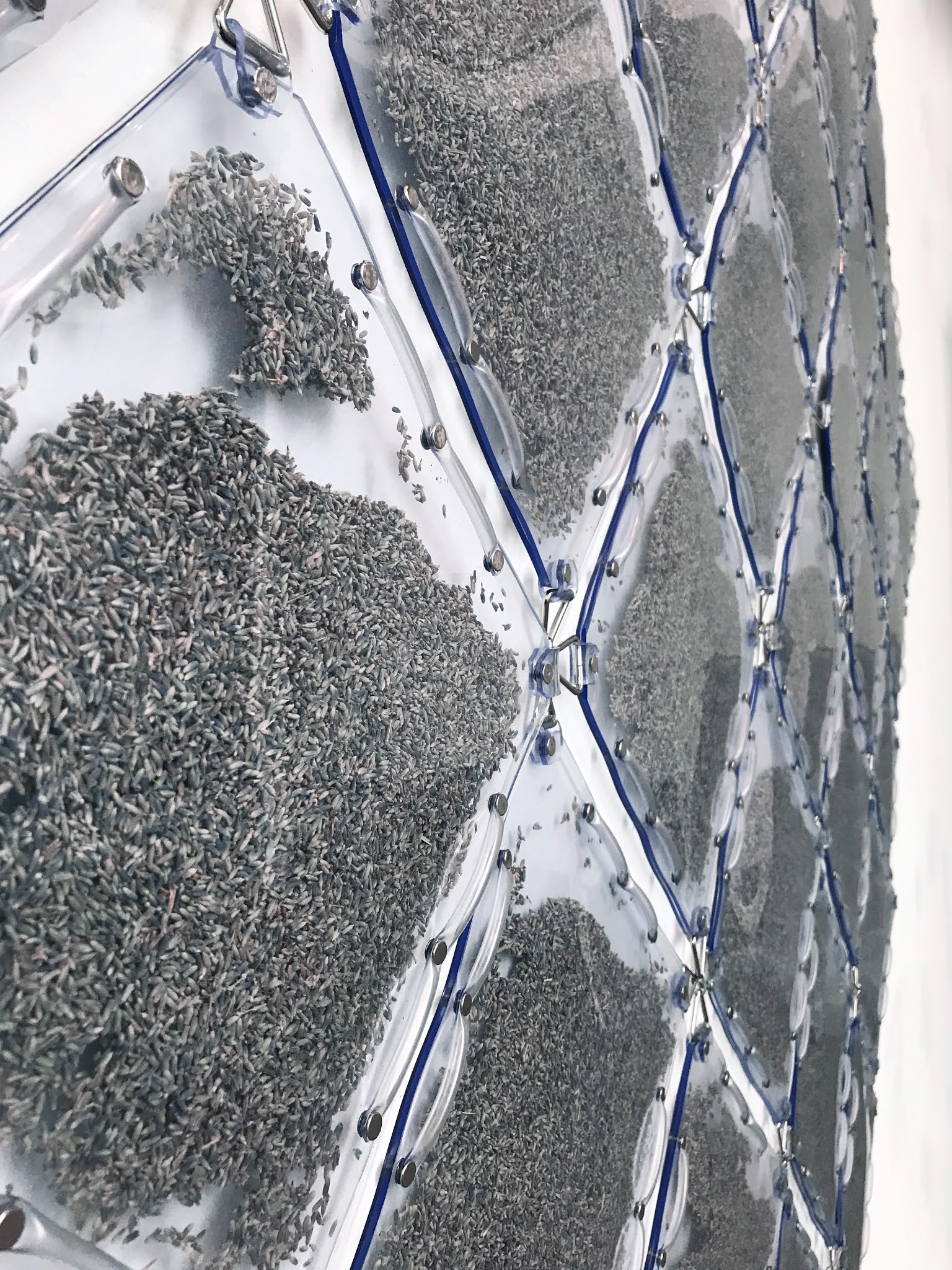 As a body of work, Floryan Varennes’s sculptures and installations, with their remarkable formal perfection, present a strange sparring between fascination and repulsion, between the absence of bodies and an imposing physical presence due the preciosity of their materials, their modes of presentation and the symbols they summon. Often involving combat weapons, surgical instruments or coercive repression equipment, his works fully engage in a subjective representation of violence. Not in order to explicitly condemn it, but more to consider its integration into the body as a life discipline, a way of learning to live with it so as to either better defend oneself against it, or build something out of the suffering it causes physically or psychologically. Armor and shields appear alongside scalpels and muzzles, but there is also lavender, a neck brace, fabrics and other soft materials, as if to appease and thwart the torture evoked by the cold, metallic torments of many of his creations. These therefore represent a kind of self-healing that could, when all is said and done, become the existential condition of the contemporary living being, subject to the most perfidious brutalities, those that make no noise, that do not say their name, being no one’s doing: a floating, lasting impression with no notable origin.

The transparency at work in Floryan Varennes’s creations could thus signify the disincarnate, diaphanous violence paradoxically suffered by all of today’s bodies in the post-democratic regime. If war is no longer the frontal one of the Middle Ages - from which the artist draws a significant number of his theoretical, historical and symbolic references -, it is indeed present through the everyday use of our modern media devices, our technological communication tools, through dehumanised work, and through divided human / animal / vegetable relations. But then how can a form, a presence be given to that violence ? Maybe by approaching it through its opposite, namely the notion of care, particularly when his works are made out of therapeutic accessories known to help life to triumph, for better or for worse.

Care is precisely what the artist has been focusing on lately, especially following his recent residency in a hospital environment, hence the vulnerability of bodies and things, as shown by his recurrent use of glass, lavender, textiles… But if he makes use of the notion of care, which is much perverted nowadays, it is not a matter of negating or suppressing the pain, without which there would be no need to take care. In his methods of representation, Floryan Varennes prefers to highlight the fact that violence and “taking care” remain the two sides of one same reality. His research is generally situated between two concepts, letting this in-between play out within his works. Between revisited medievalism and retrofuturist style, disinhibited sexuality and sacredness, with Floryan Varennes we watch a Queer Fantasy that evokes a suspended temporality in which the place of violence and love, and the way these two terms meet inside the body and on its surface, remain to be negotiated.

During his residency at Lindre-Basse, Floryan Varennes has created new glass pieces in partnership with the Centre International d’Art Verrier in Meisenthal, which he will present at his end-of-residency event. To these will be added other experimental creations and installations made in the studio with the aim of extending his vocabulary towards an idiosyncratic view of care, within a world currently on the way to re-mystification.