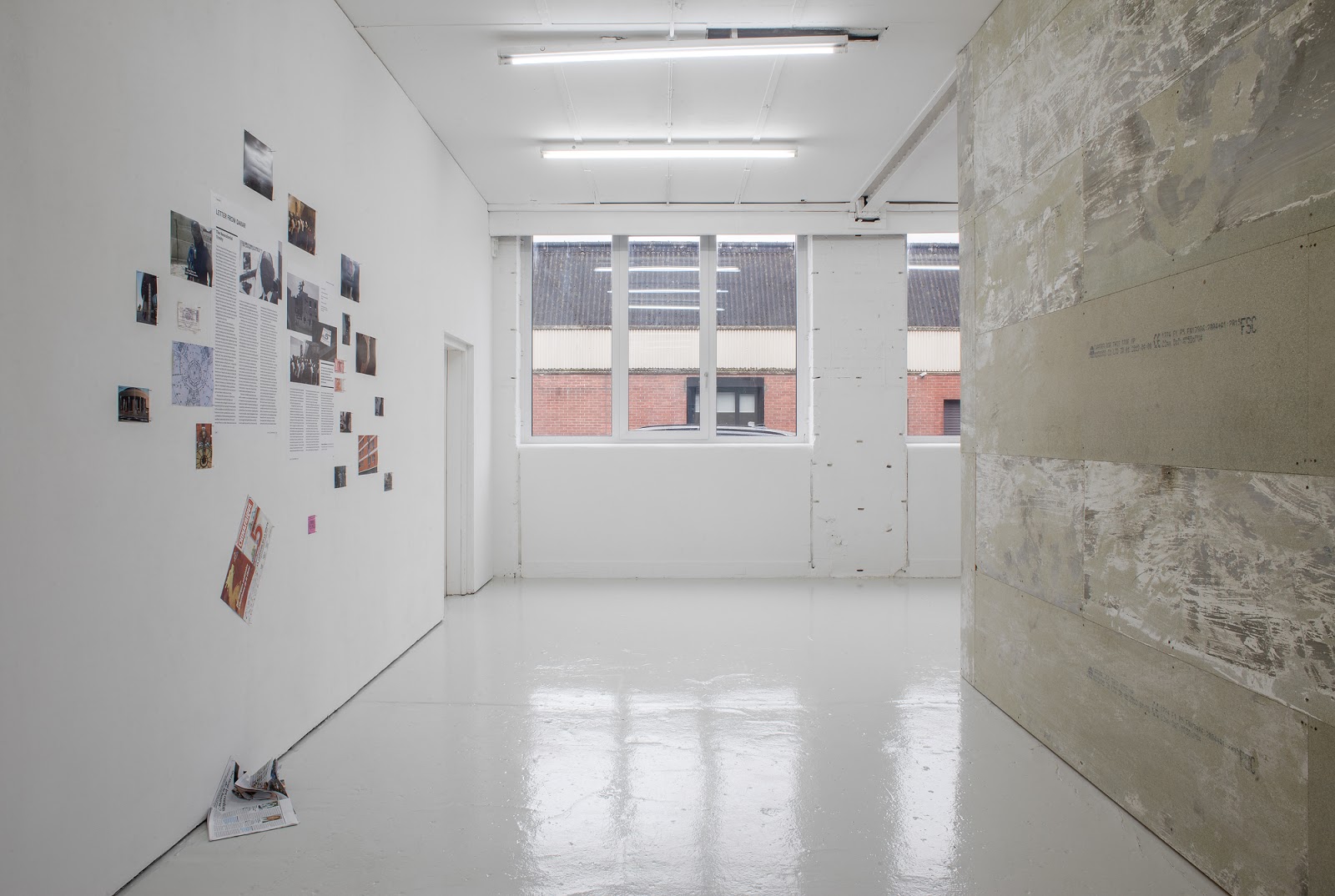 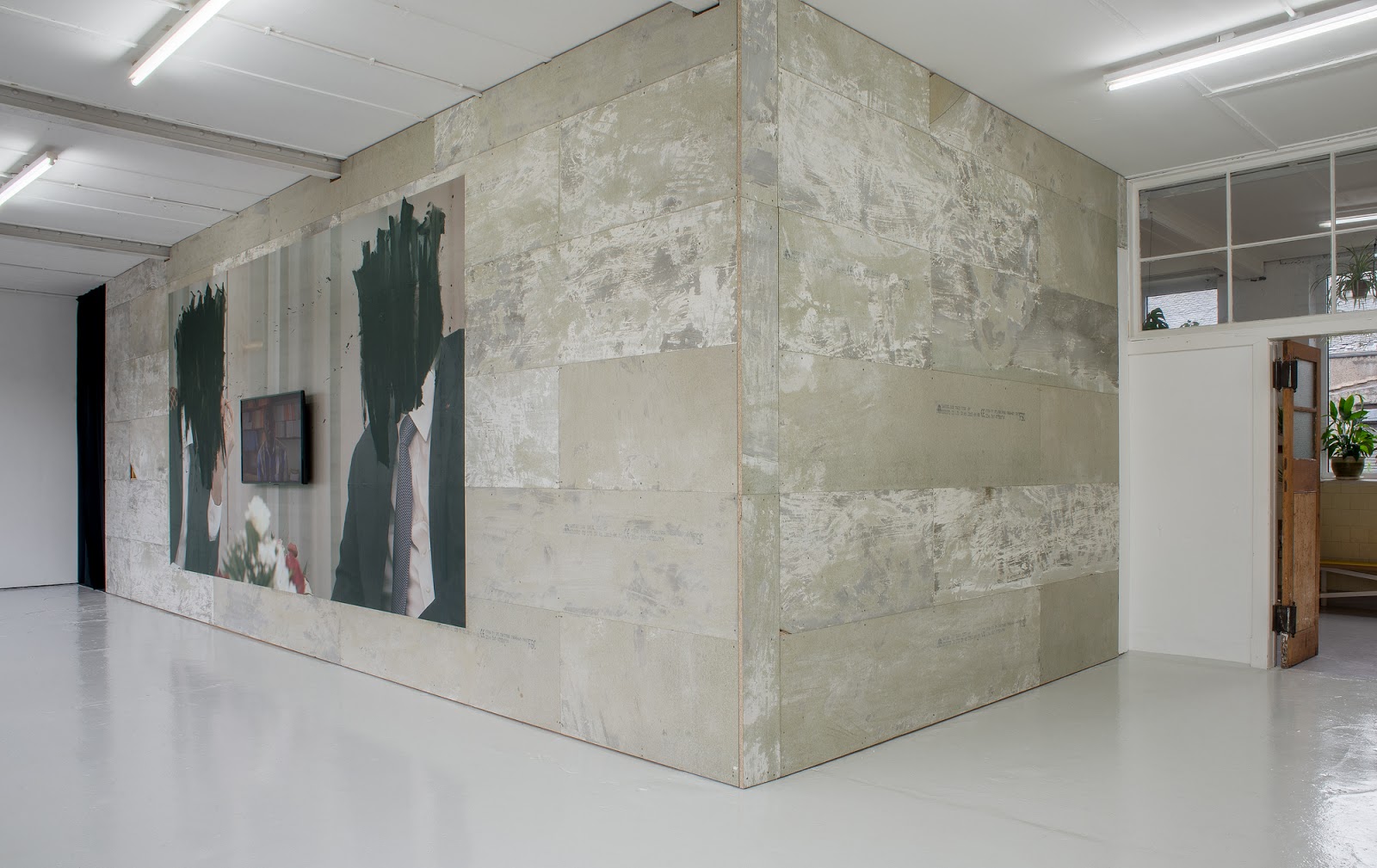 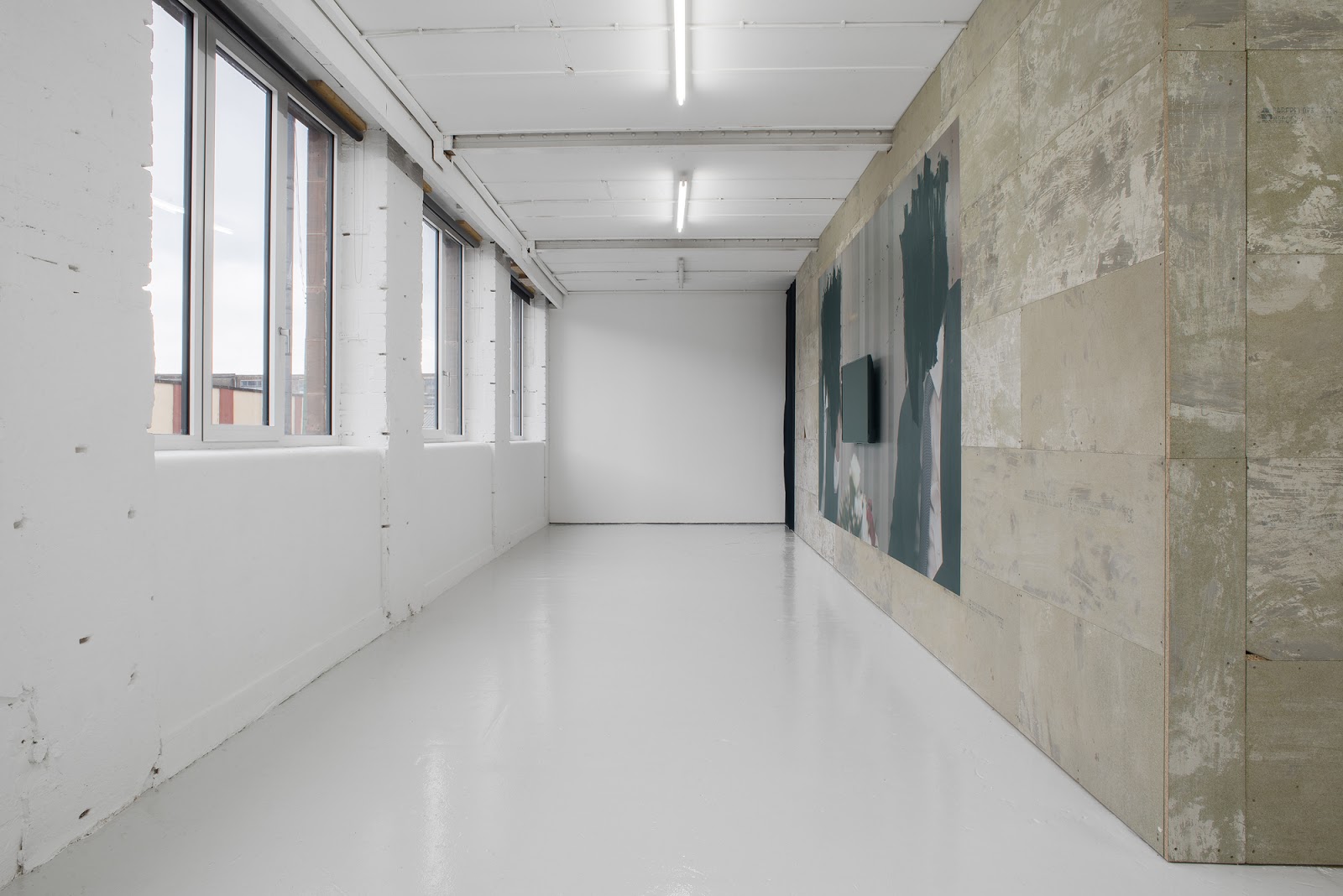 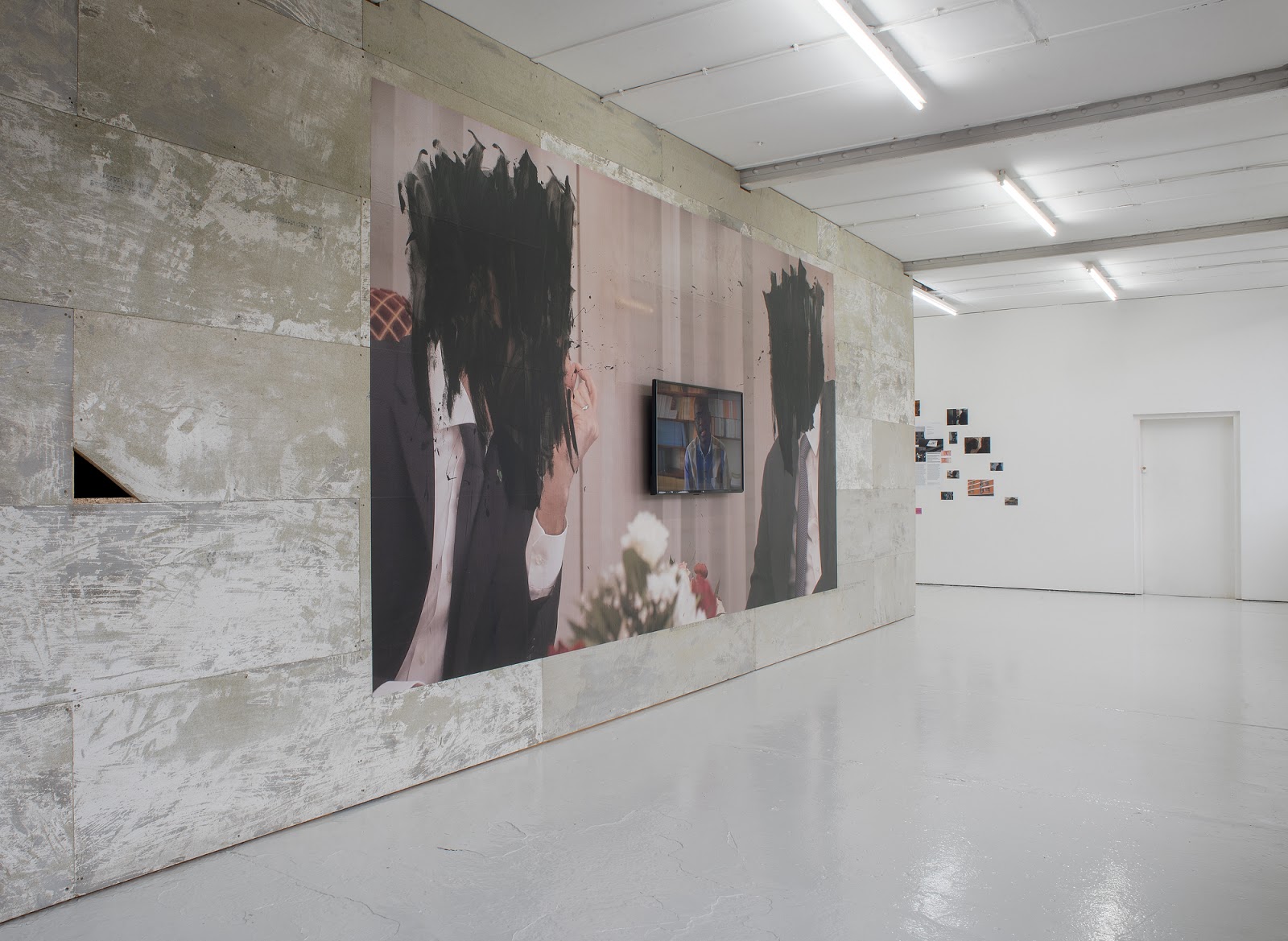 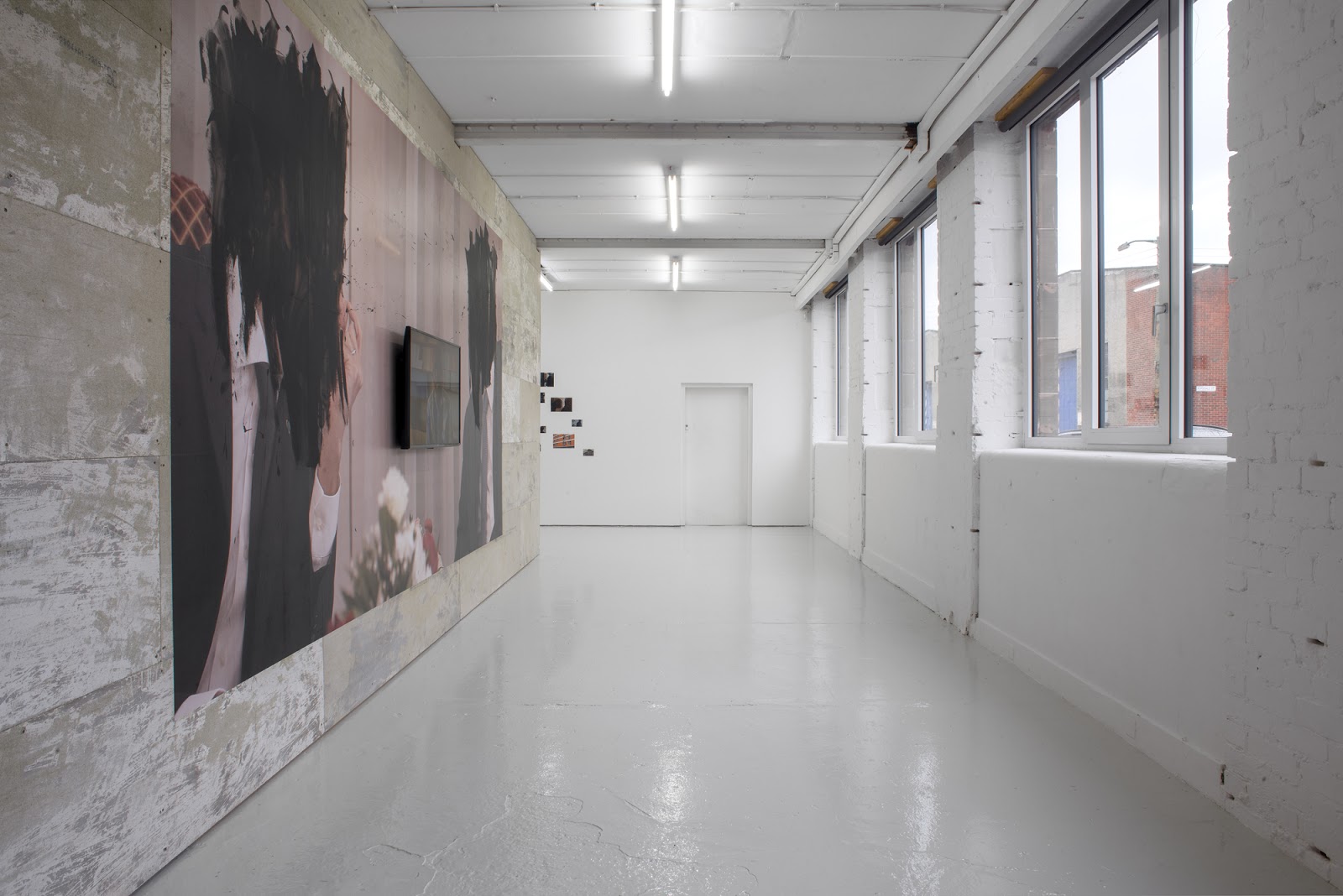 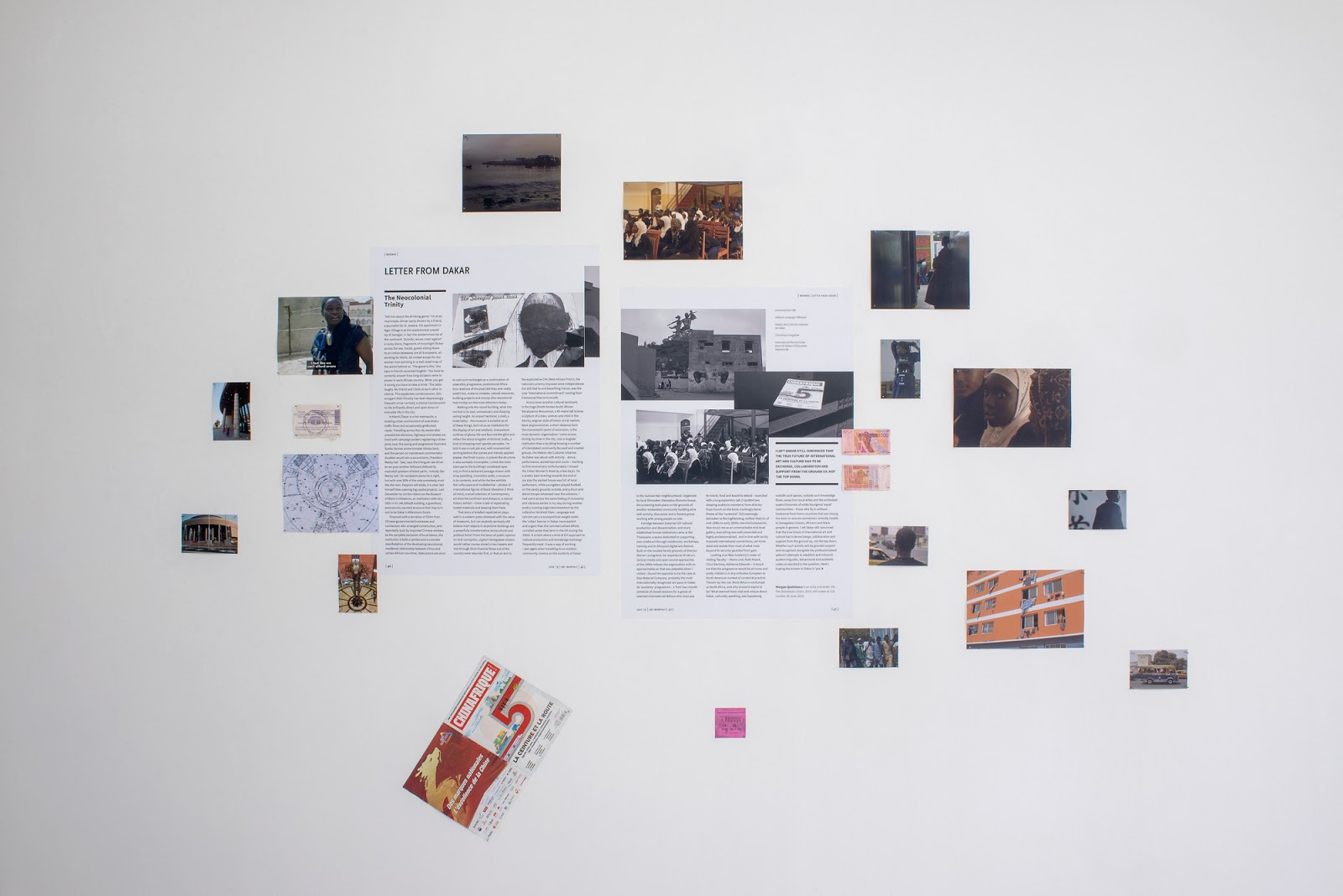 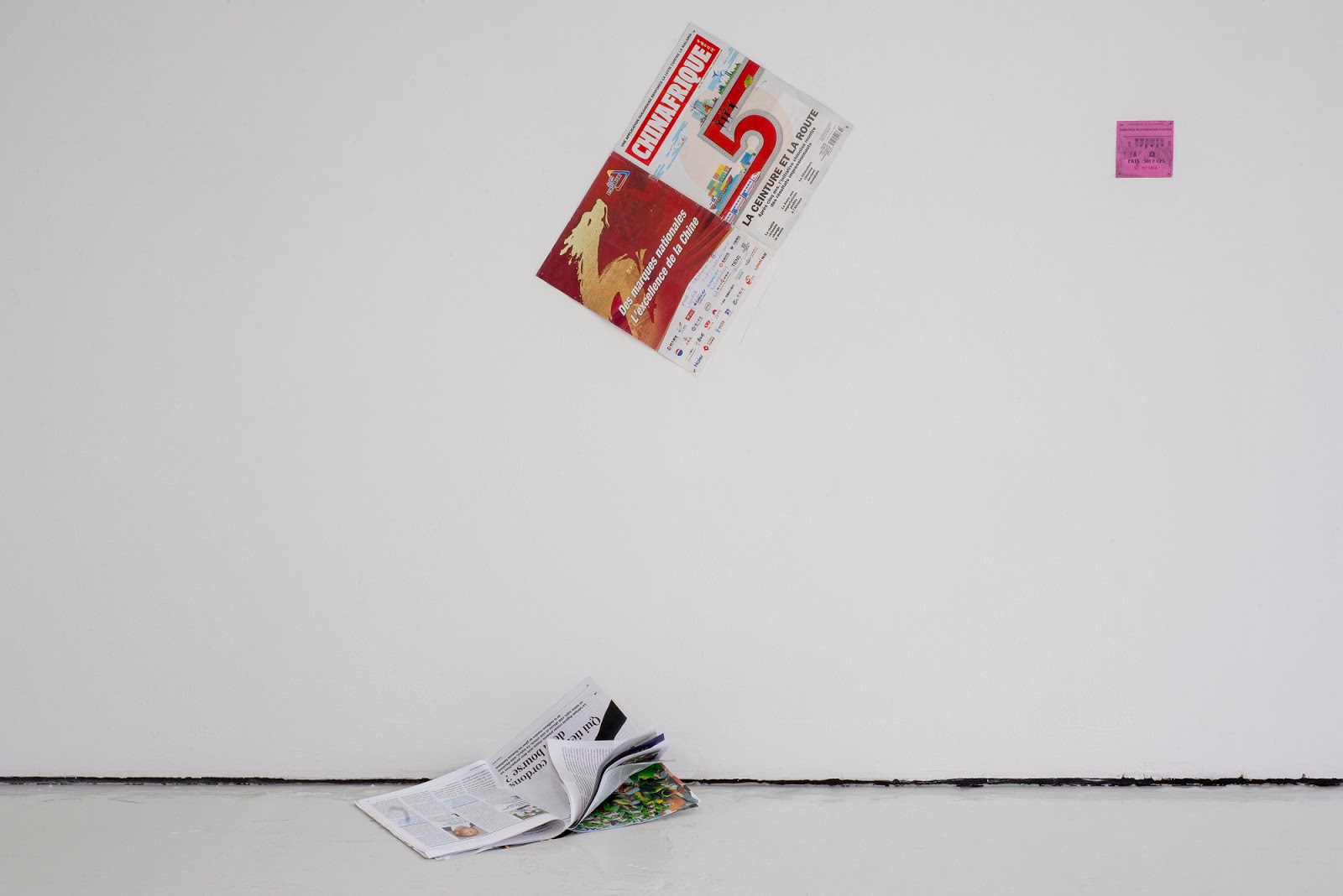 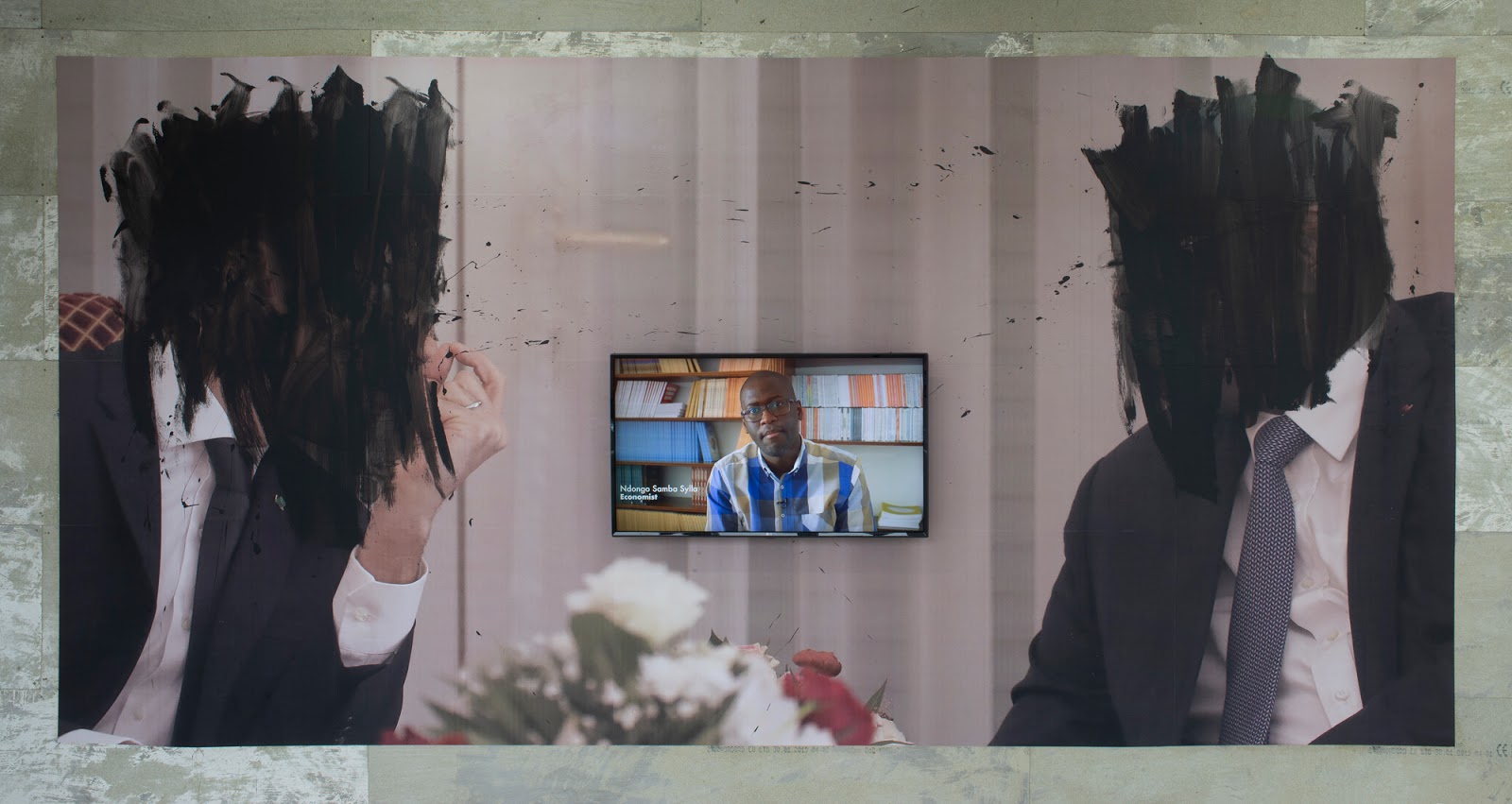 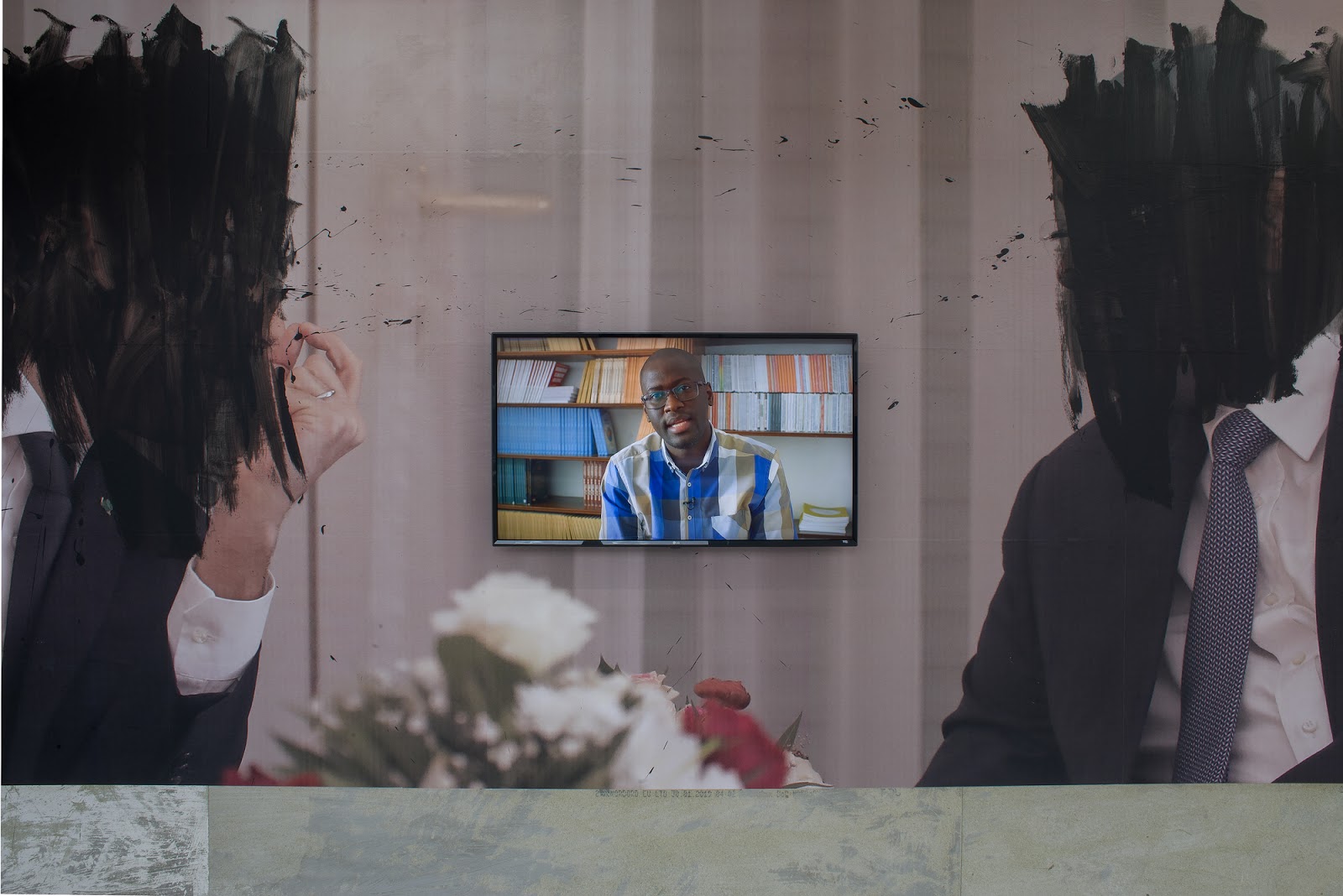 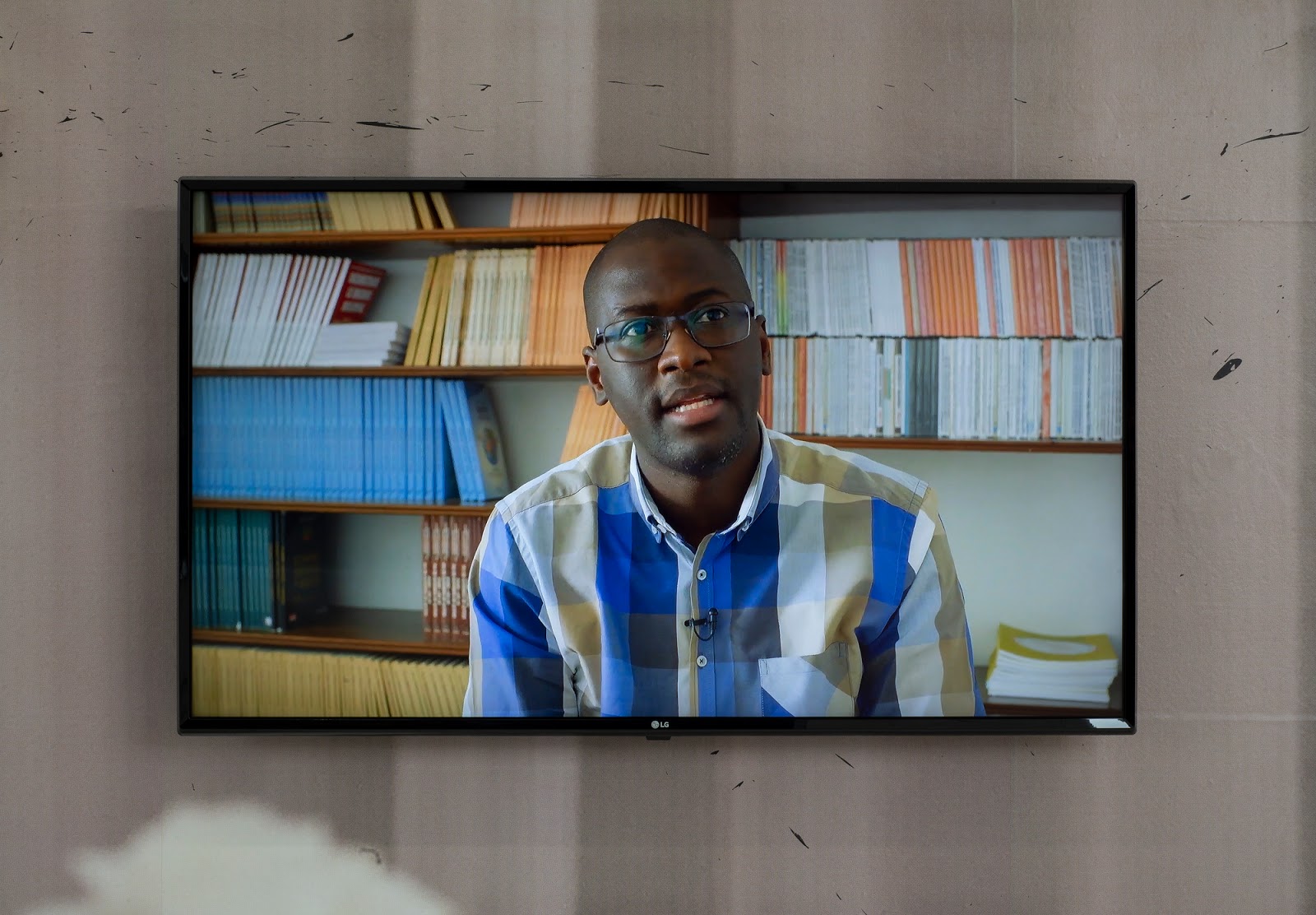 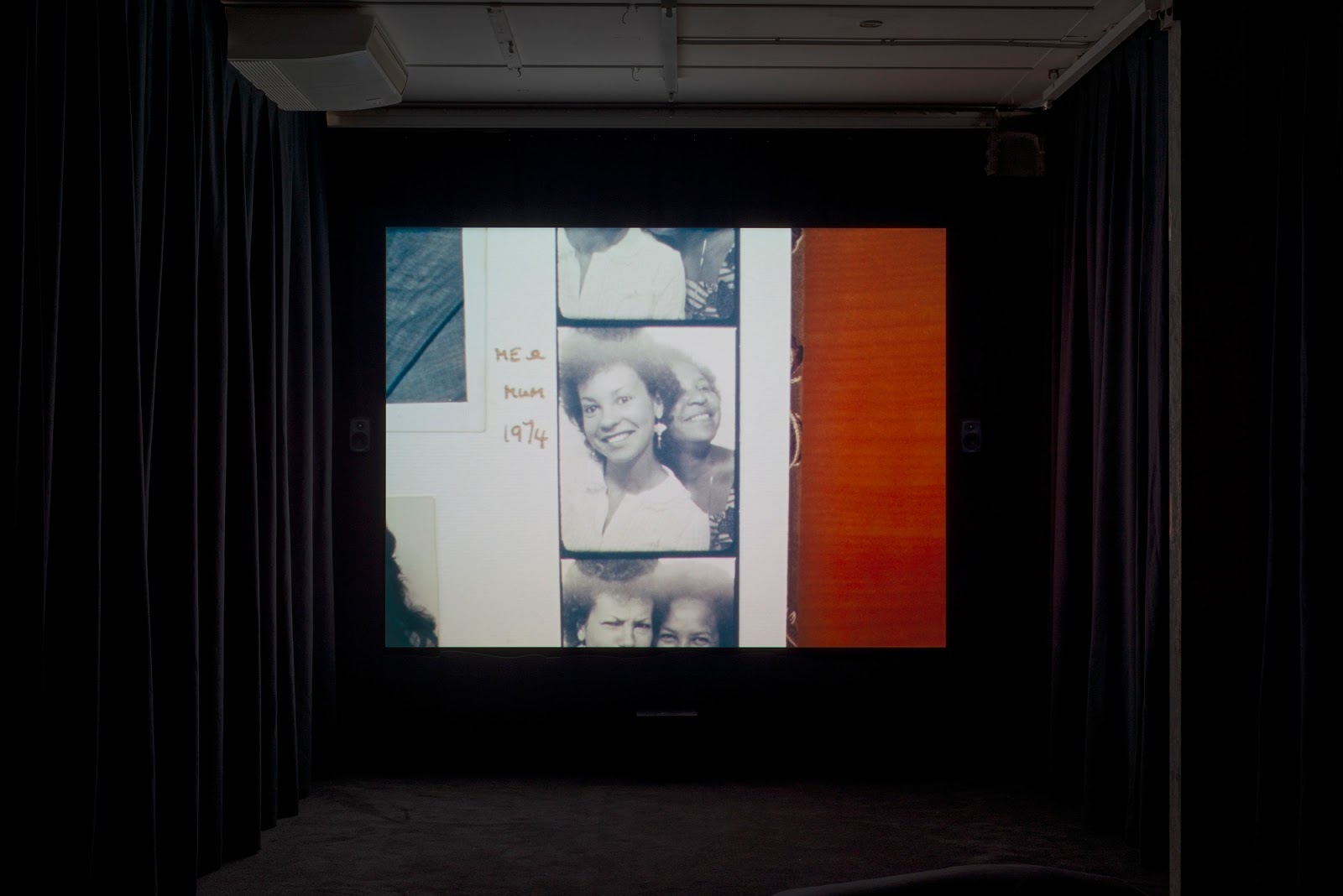 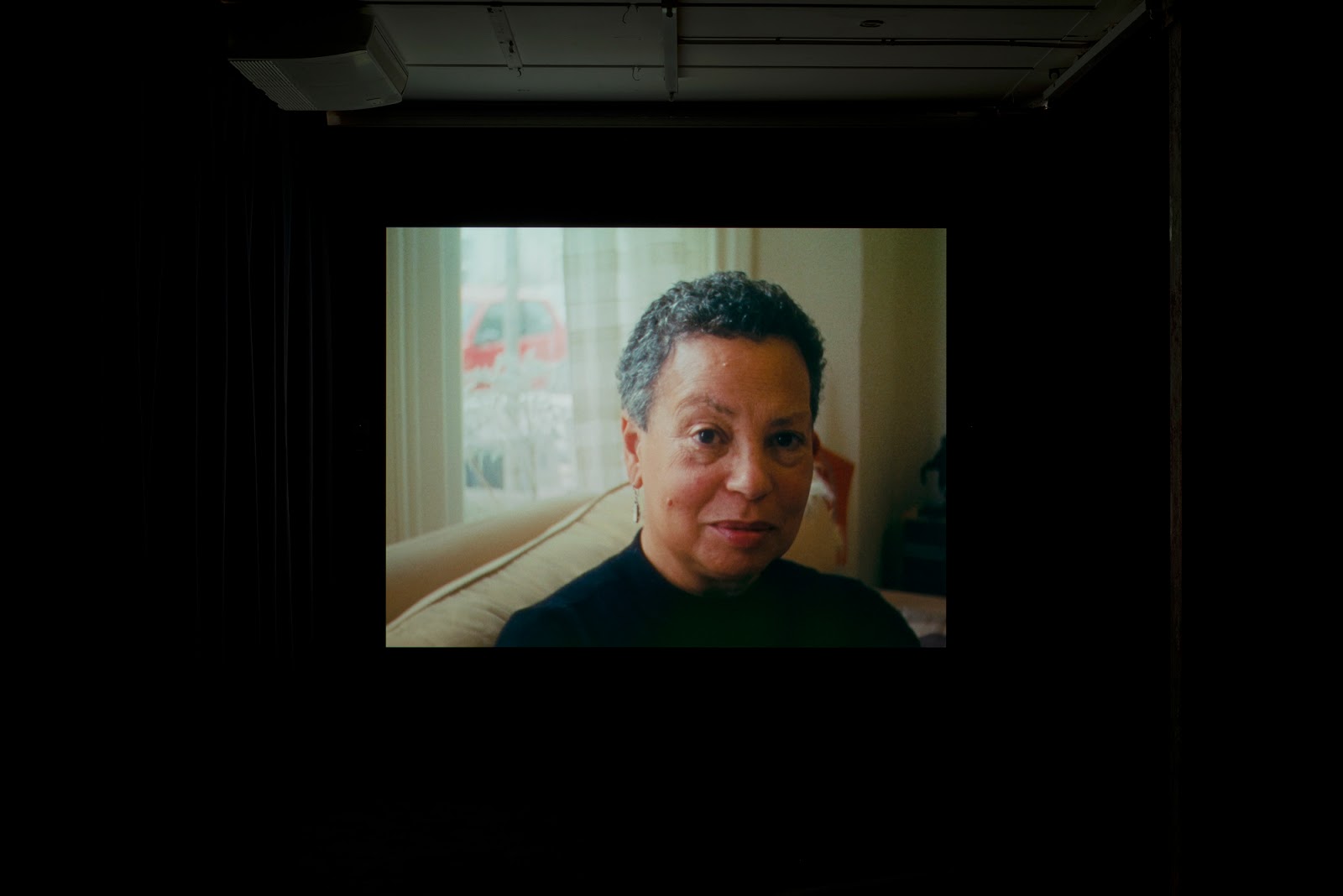 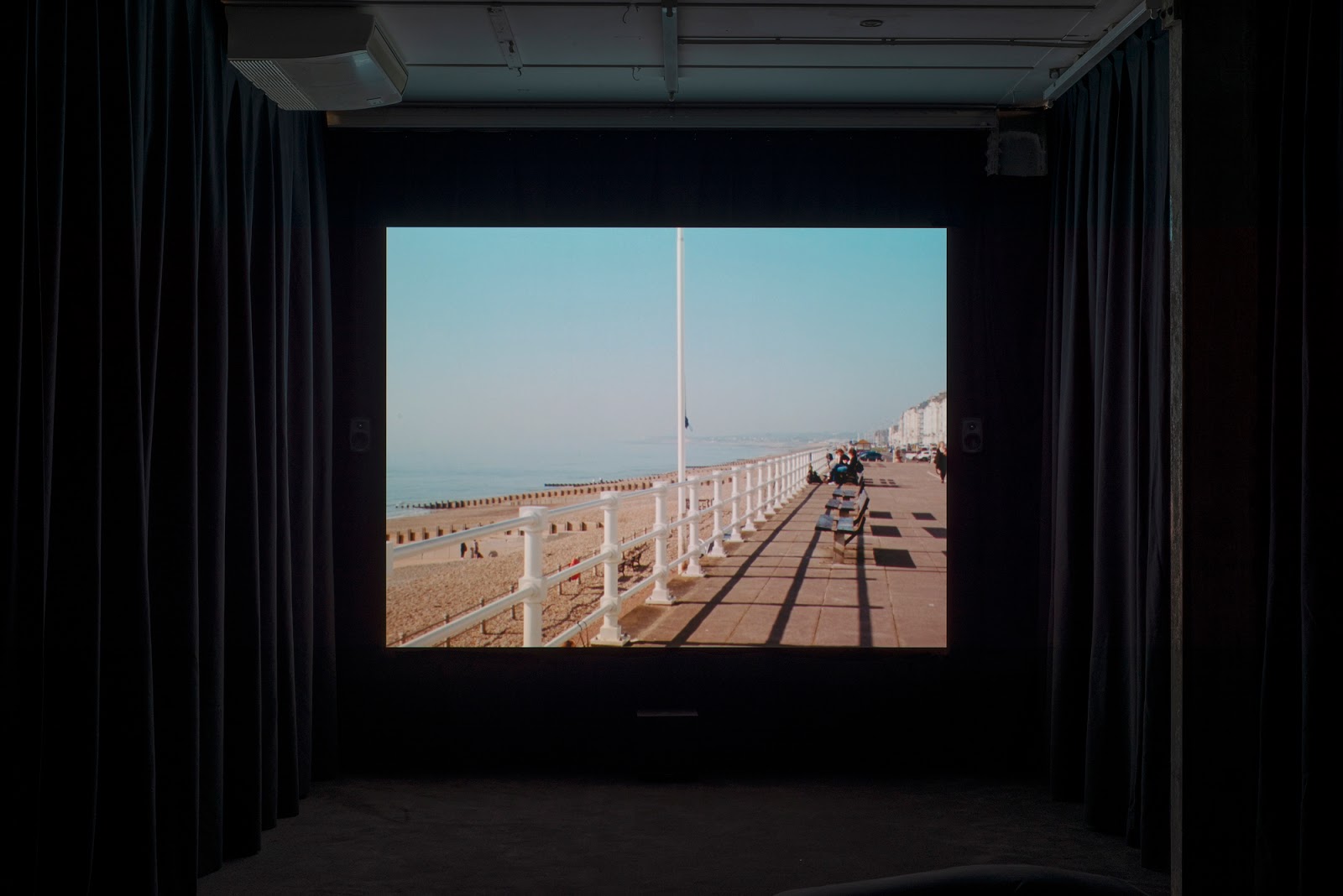 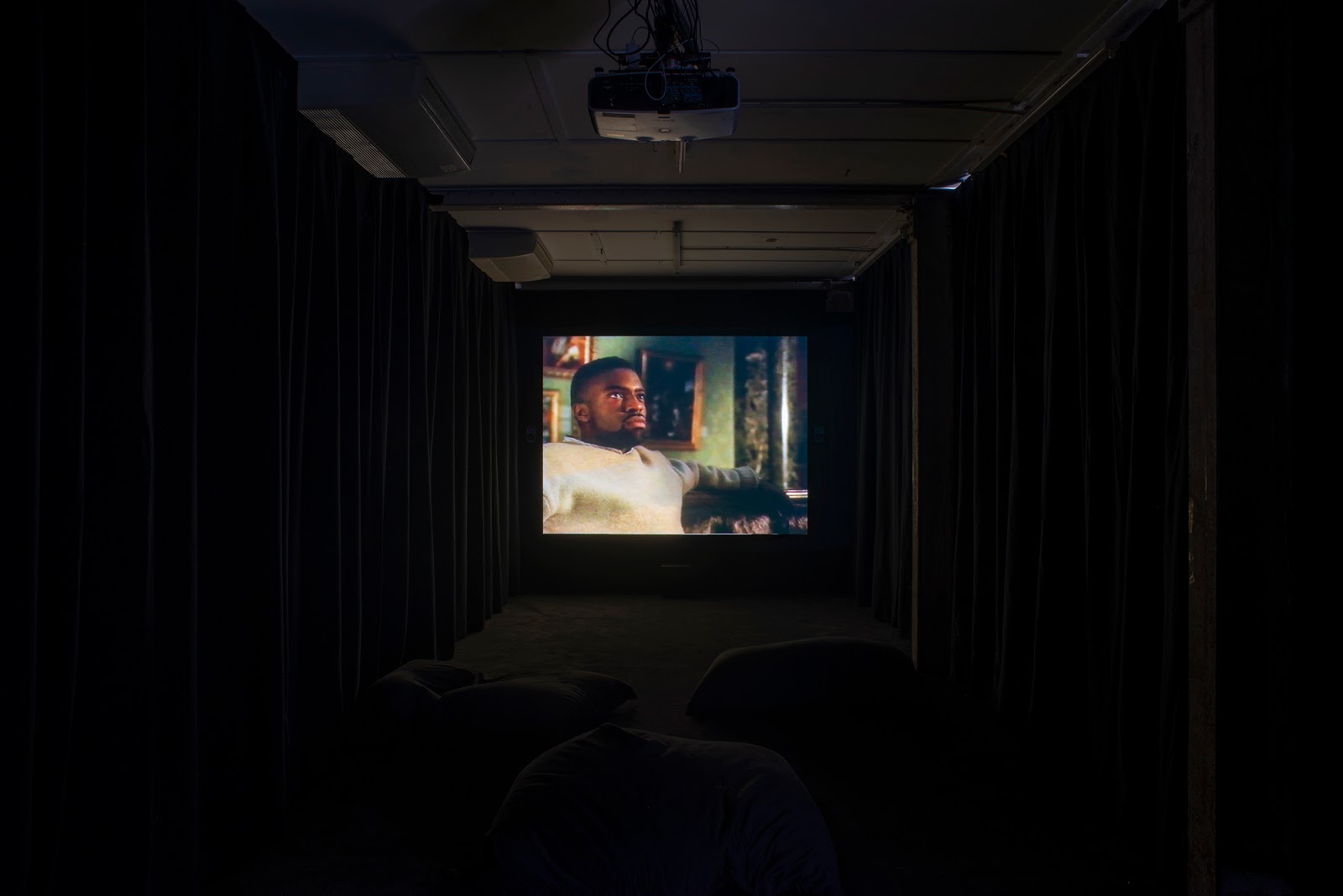 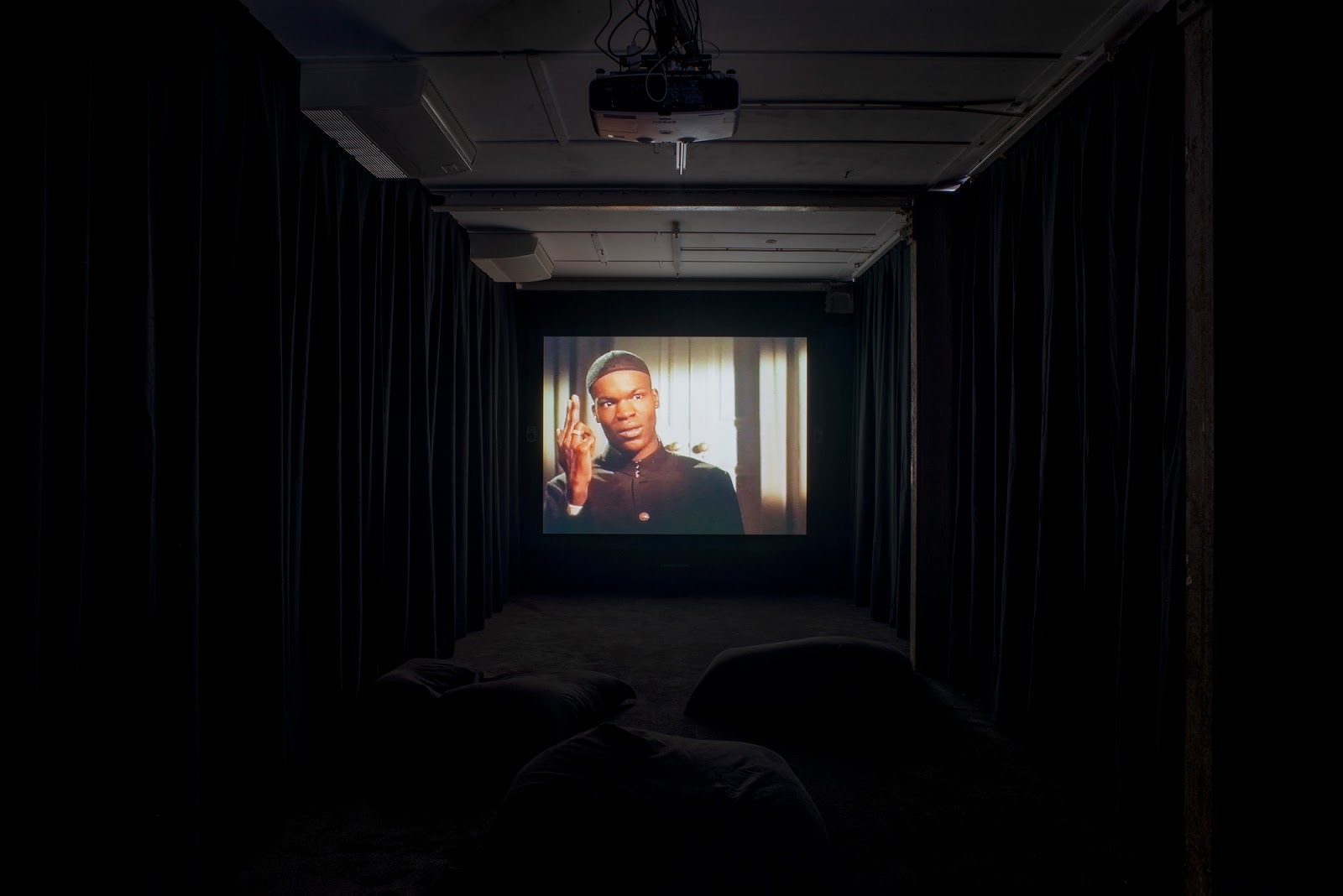 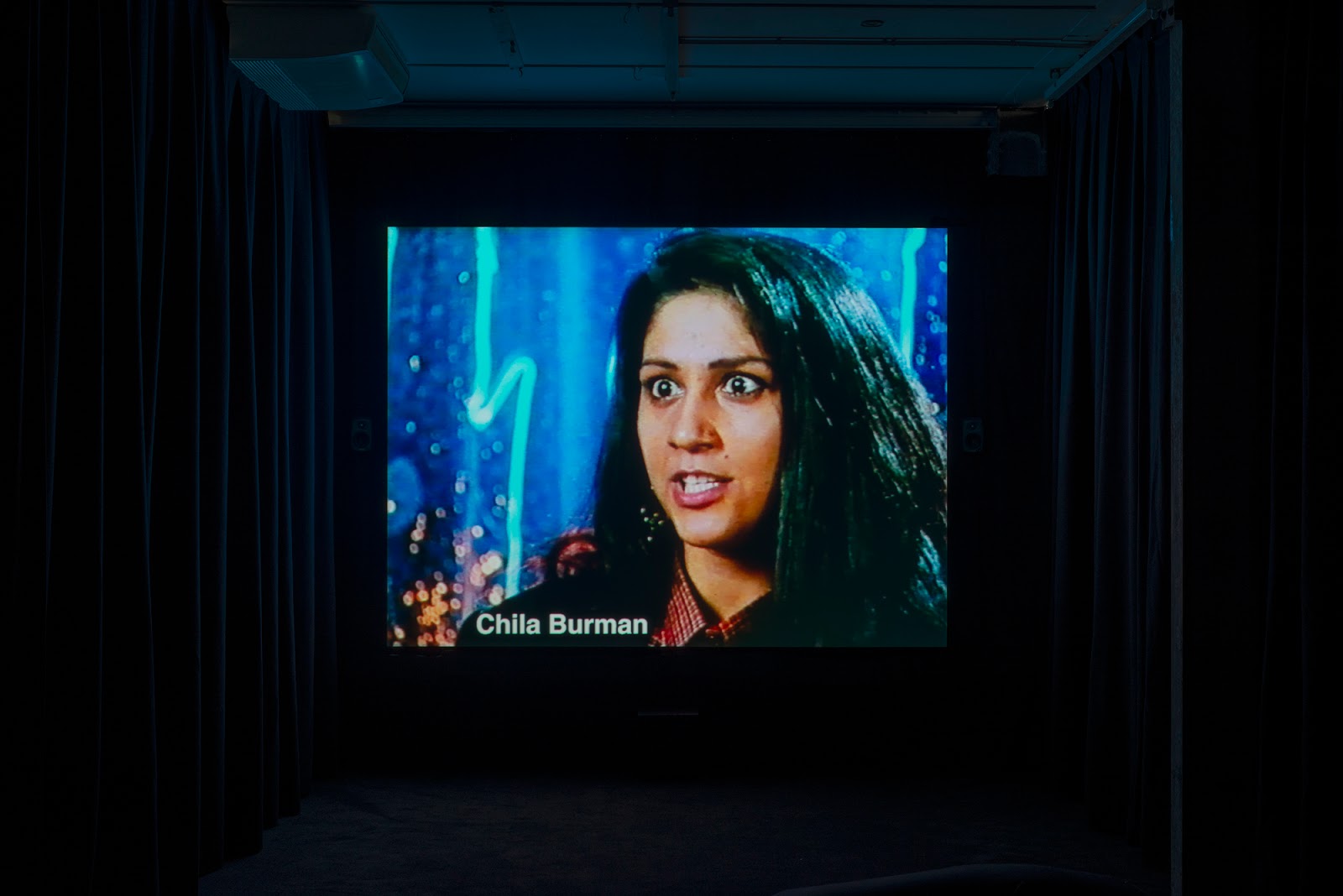 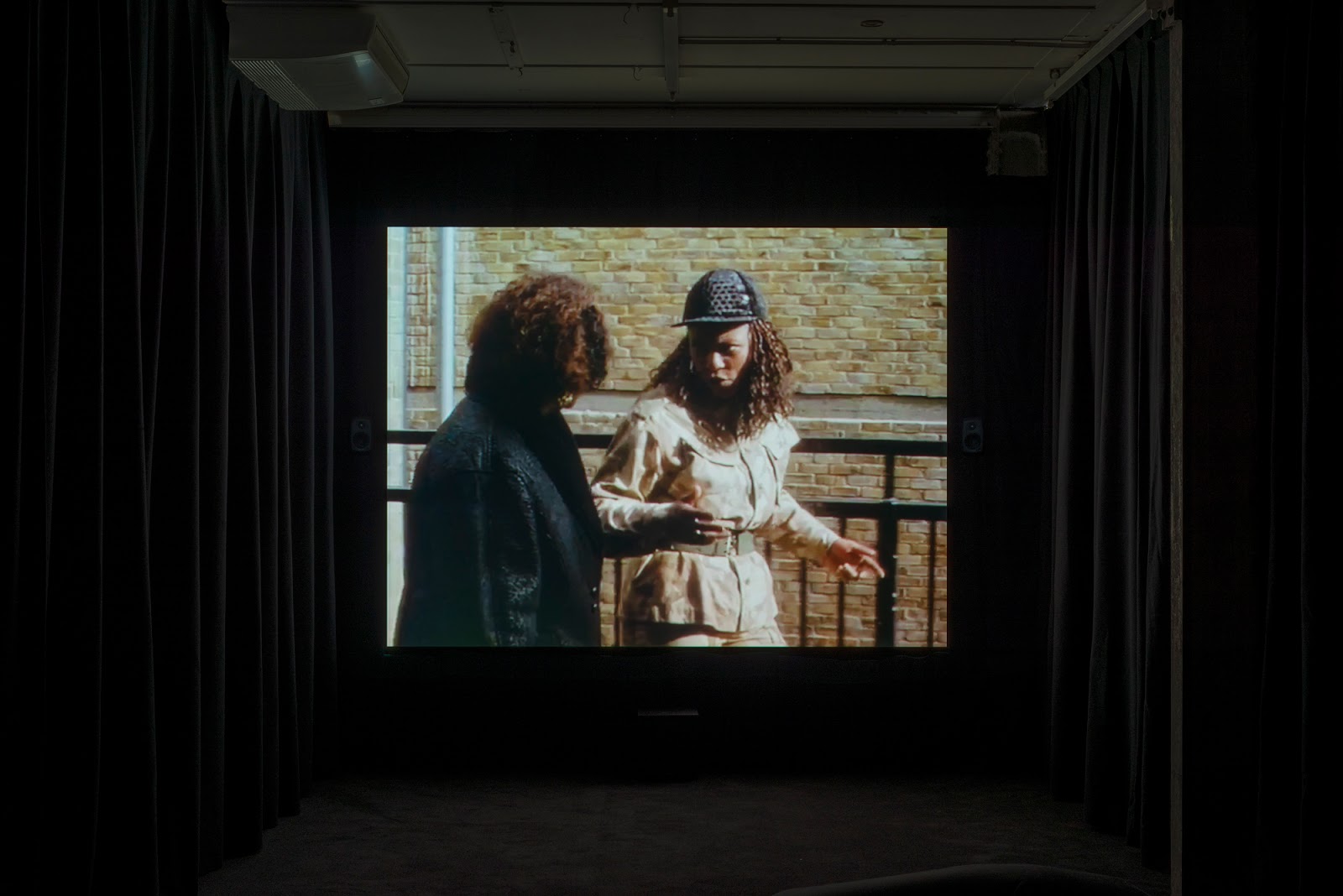 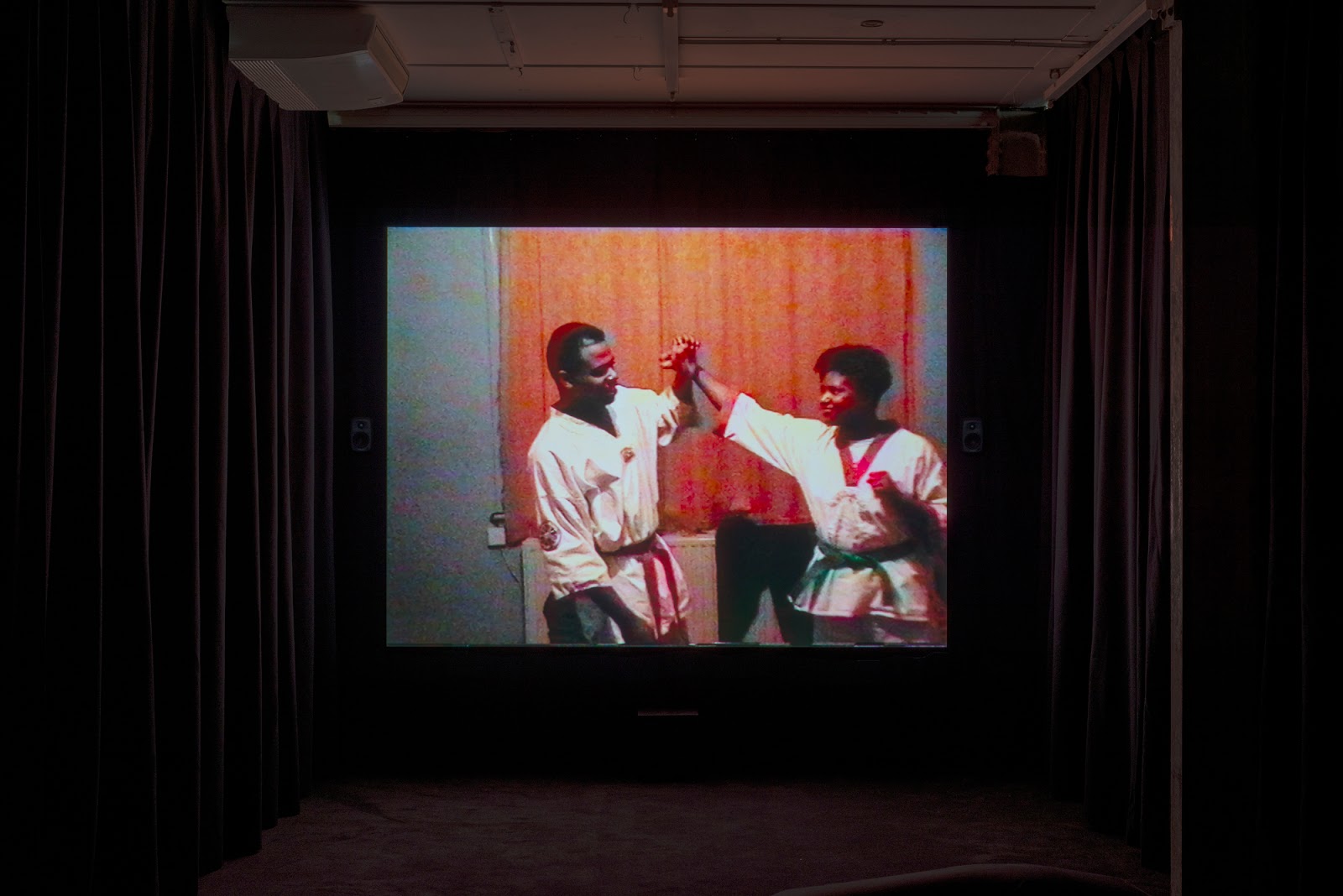 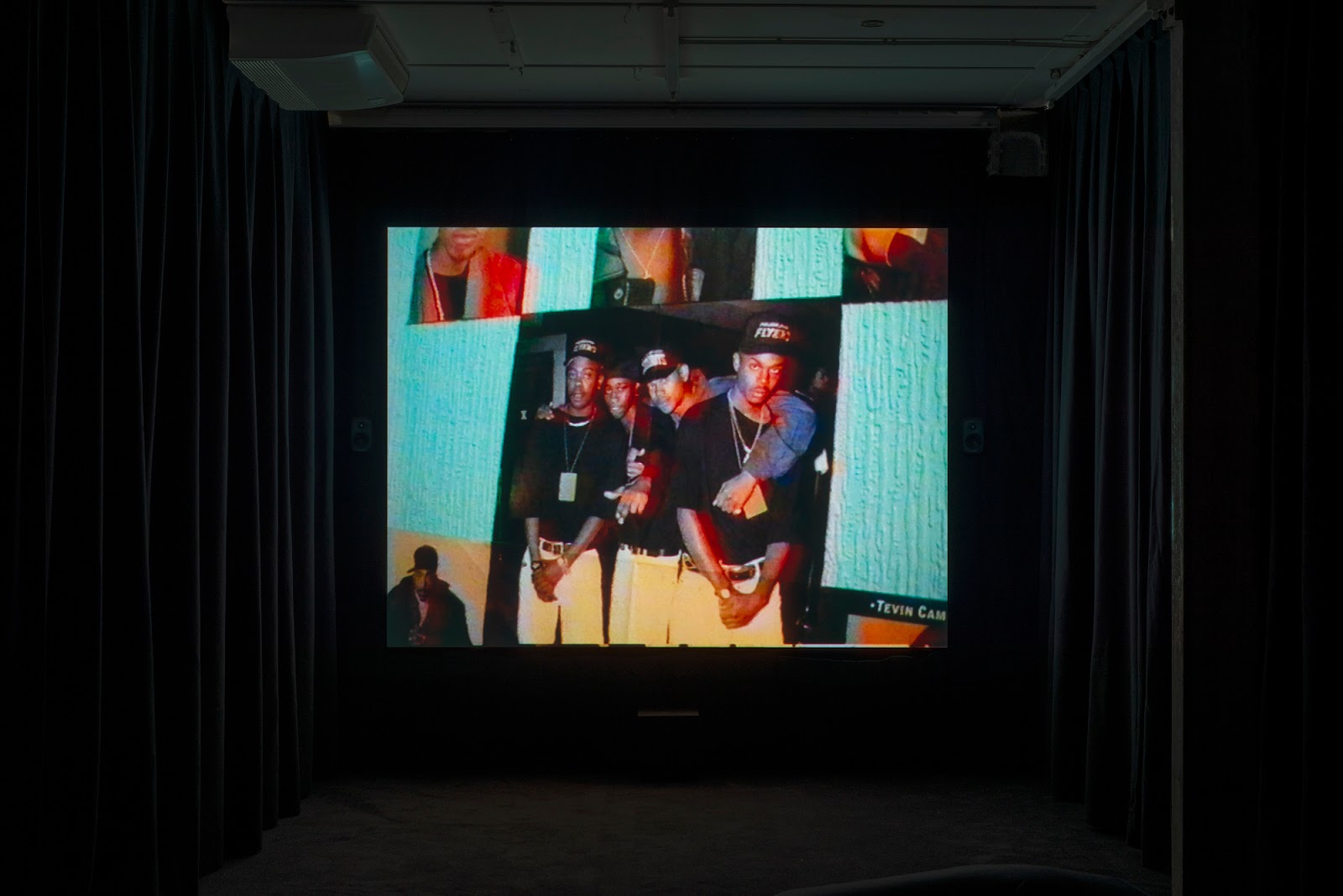 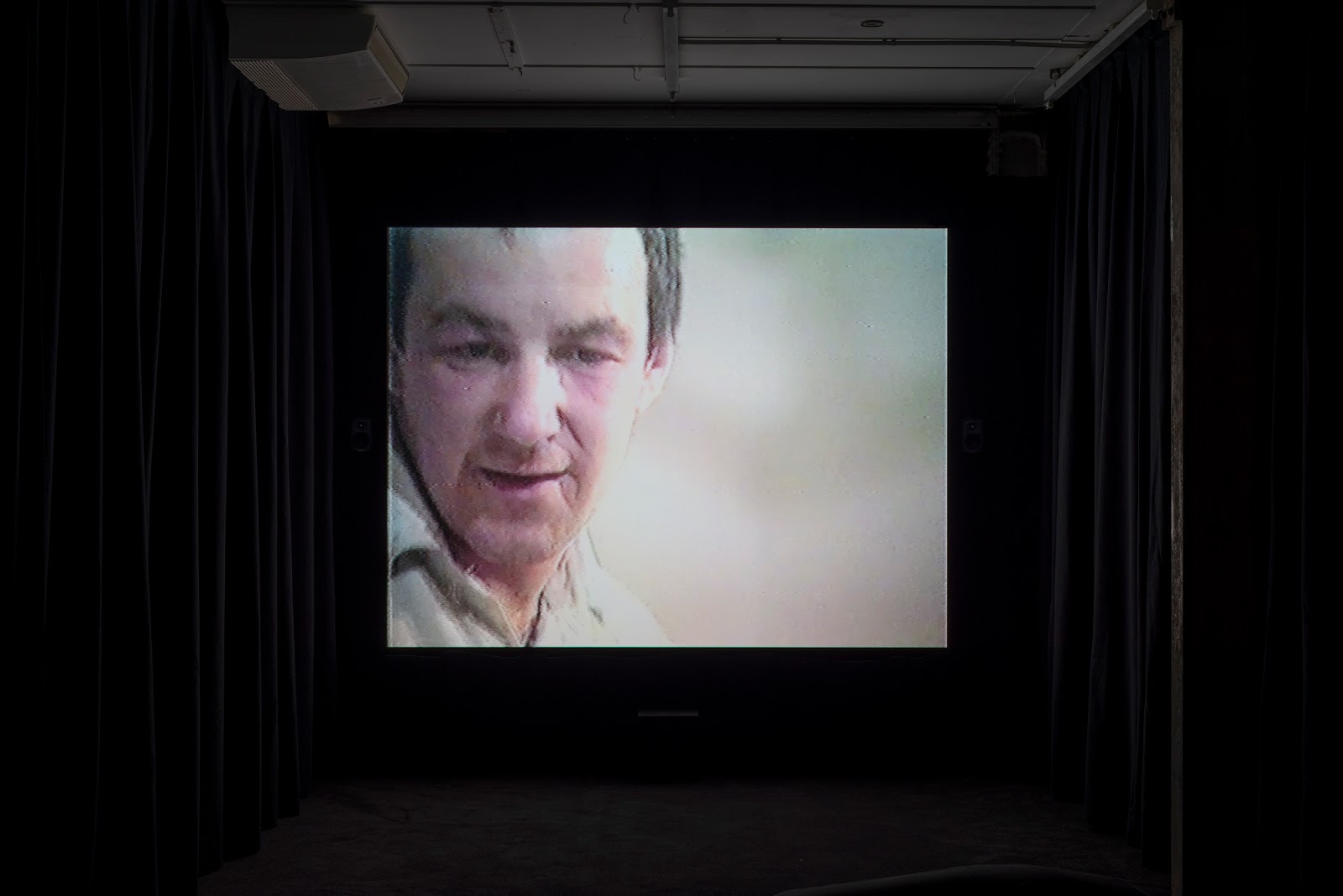 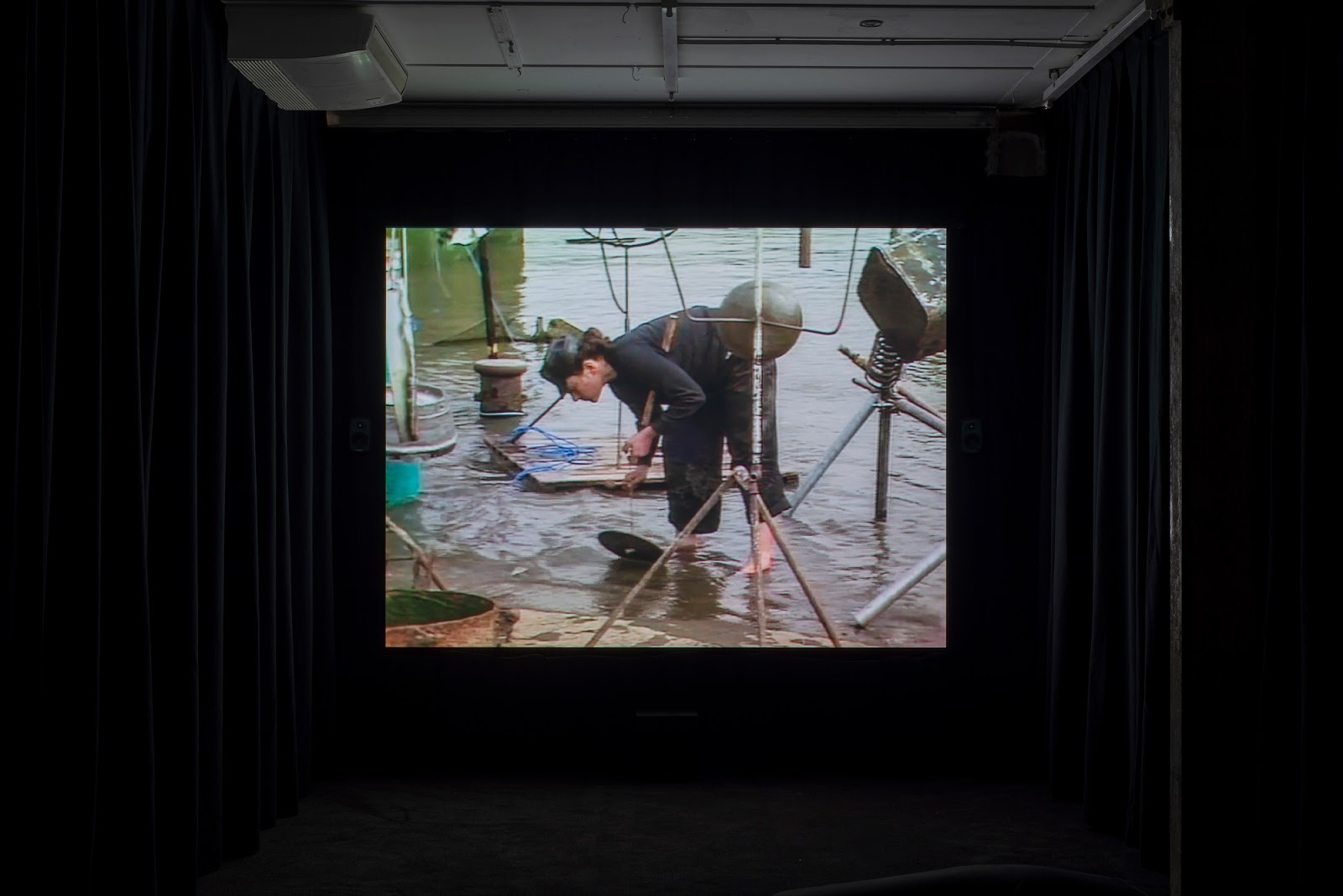 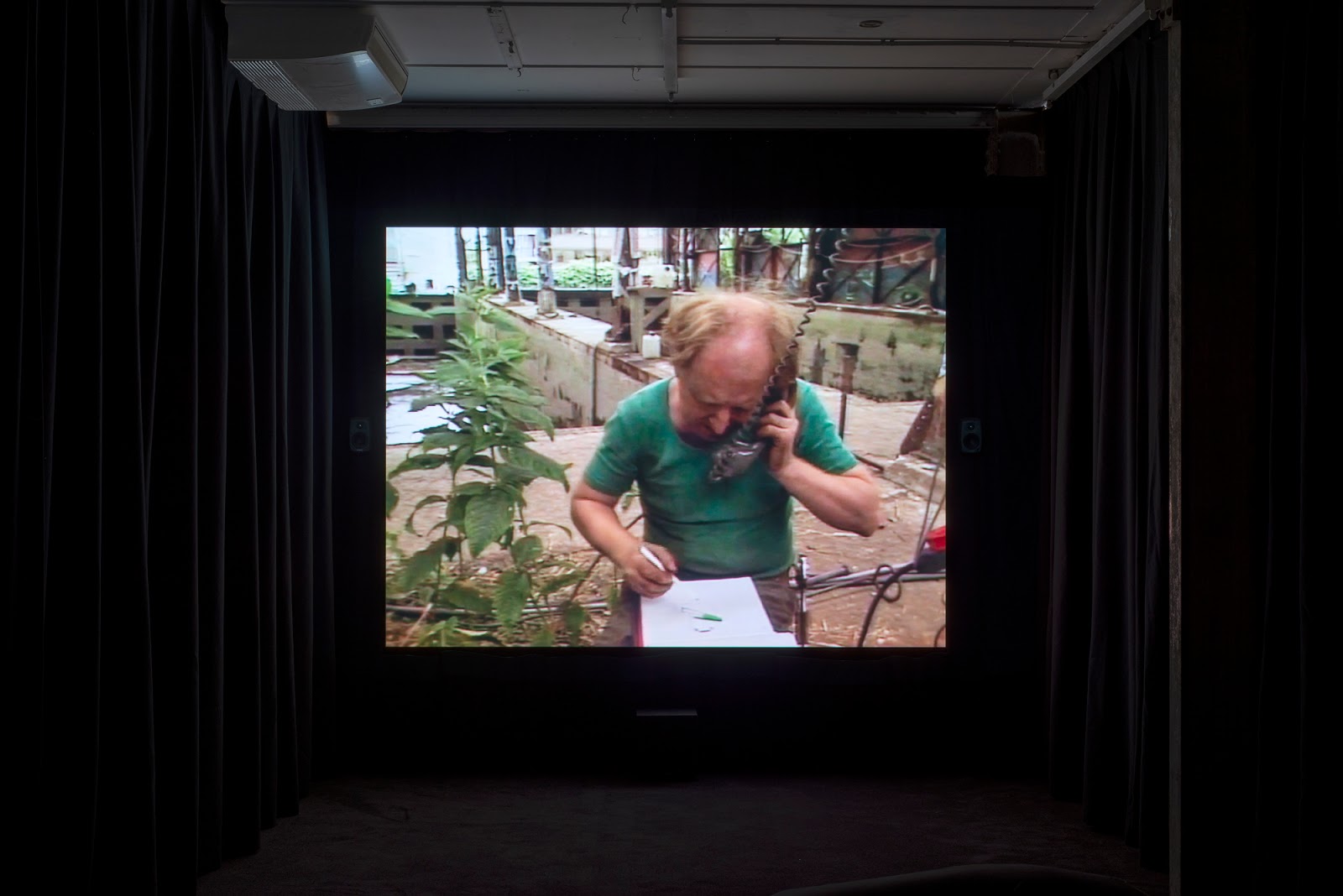 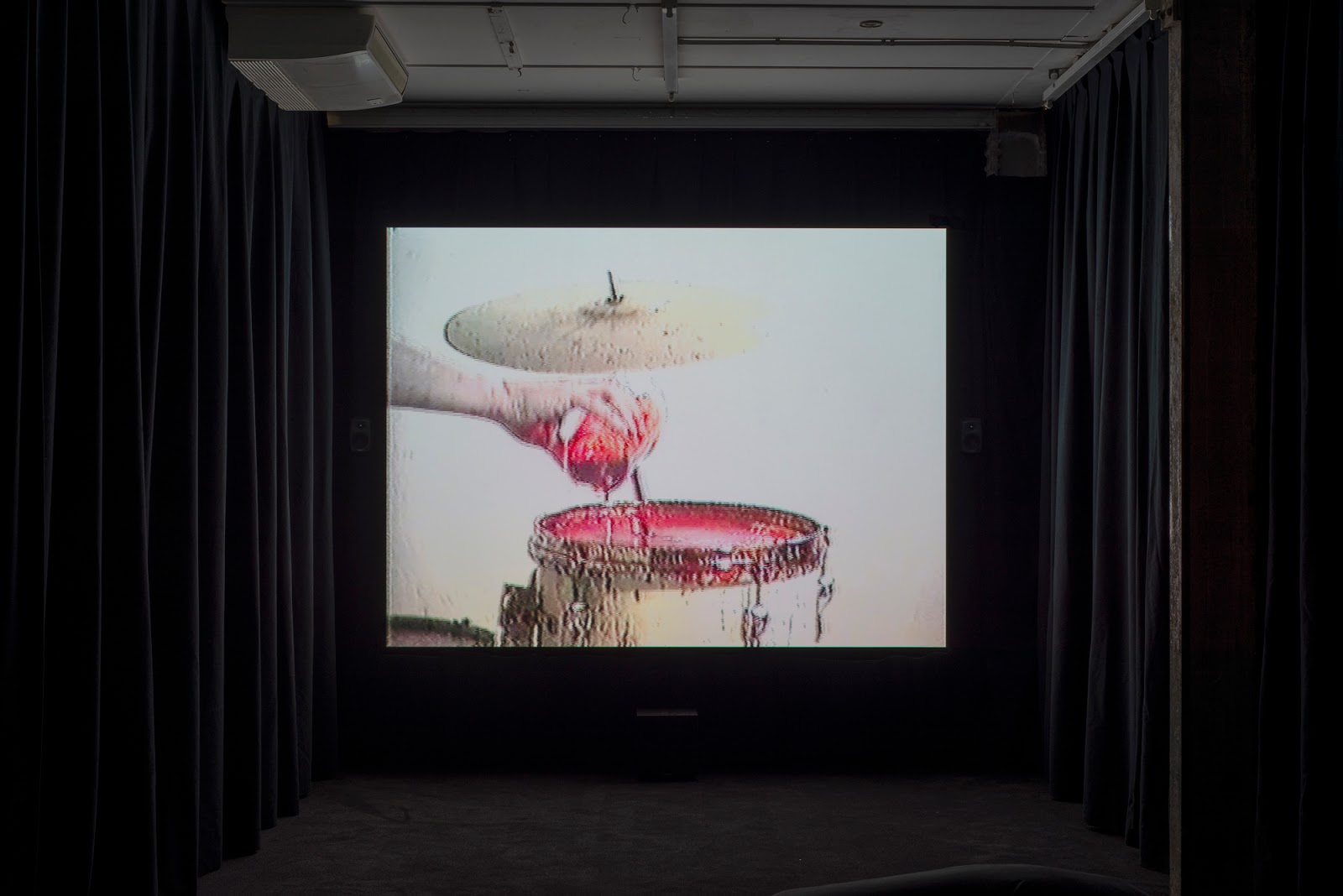 David Dale Gallery is proud to present Hysteresis, the first solo exhibition in Scotland by artist and writer Morgan Quaintance. An installation of three films, each work deals with how past events have impacted, or been occluded from, the UK’s artistic and socio-cultural present. From art world debates of the 1990s to experimental music and developments in a British postwar family’s life, the trilogy’s ostensibly disparate subject matter is unified through a shared commitment to progressive thought and action.

The trilogy consists of Another Decade (2018), a film foregrounding the distance between academic art world debates of the 1990s and the dynamic vitality of cultural and political life outside institutions in the UK’s capital; Anne, Richard and Paul (2018), a portrait of the experimental music of Bow Gamelan Ensemble, an artist group who made music from the matter of pre-gentrified East London, commissioned by Live Art Development Agency (LADA); and Early Years (2019), an account of one woman’s first generation diasporic experience in Britain newly commissioned by KARST, Plymouth.
What is the meaning behind the title of the exhibition, Hysteresis?

MQ So the title of the exhibition is a term from physics. Because my understanding of physics is (to put it mildly) really limited I struggle to explain it, but it’s basically the name for a material condition: the time lag between a thing returning to its original form after that original form has been altered by an applied force (for example, the time it takes for plastic to go back to normal once you bend it). It’s important to say though, that the title isn’t a concept the exhibition has been made to illustrate. It’s just a word and meaning that I found interesting after I’d put it together.

I suppose in thinking about the past and present, and the effect my films and the exhibition might have on people after they’d been to see it, the word had some allure too. I also like the way the definition isn’t widely known and so it should maybe have different initial associative results for different people. Lastly, and probably most crucially, I was interested in a word that wasn’t ‘trauma’, but still referenced how past events could effect the present.

Why are the films presented as a trilogy? What is the significance of the trilogy as a format?

MQ The three films that make up the trilogy weren’t really conceived as that before the fact. So I didn’t start with the idea to make a trilogy and then scout for content that would work in that mode. It really all started when I made Another Decade in 2018. I’d been interested in thinking about institutional amnesia (the fact that people in the UK art world are being made to perform the same type of ‘critical engagement’ that already took place in the 1980s and ‘90s) for a while, and also thinking about the wider disappearance of independent means of producing, disseminating and discussing cultural production too.

So the general idea of looking at historical states of affairs that would have impacted our present, if they weren’t left out of general accounts of socio-cultural and political history, was there. Then I was commissioned by the Live Art Development Agency to make a film, and I chose to focus on the group Bow Gamelan Ensemble, and finally this year I made Early Years. Both of those films also focused on, I suppose, personal and collective creativity as a liberatory possibility, and how those approaches played out in the second half of the twentieth century.

So, the format isn’t significant in and of itself, ‘trilogy’ is used more as an easy linguistic device to communicate three things that are in sympathy with and related to one another. In the case of the films this relationship is thematic, loosely dealing with the past and attempting to bring it back into some kind of antagonistic relationship to the present (in the minds of the viewers at least), and formal, all the films are in 4:3 and are made using a mixture of archival footage, and new 16mm and DV film shot by myself.

The wall-based works and interview are related to a new film currently in production titled Batakhalou Dakar, why did you decide to visit Dakar, how did this project come about and where is it at now?

MQ I’ve been interested in looking at how cities across the world are functioning since about 2014. Despite the internet I feel that our exposure to the rest of the world (in the UK) is limited (intentionally) to North America and bits of Europe (although that’s extremely limited too), and so I’ve wanted to gain a greater understanding of how the flows of contemporaneity are moving, so to speak, in different cities. I try to make a documentary each time I visit somewhere, and I try to do this once a year. This is off course dependent on what funding is available to take me to a place. Luckily because I self shoot, and have my own equipment, I can work on a small budget like £2,500 which pays (at a squeeze) for travel, vaccinations, visas, accommodation, food, translation while I’m there for anywhere from two weeks to two months, and then translation when I get back home.

I came across a fund from the British Council that focused on Sub Saharan Africa and so I applied and managed to get it. My personal choice was between Dakar or Addis Ababa. As I’d just been on my honeymoon to Ethiopia though, and Addis seemed like it’d be a really tough city to navigate on my own, I decided to go for Dakar instead. I thought I’d be able to rely on people I knew in London who had worked on the biennial over there, but oddly everyone seemed to be super flakey. There’s not space to go into why I think that is here, but safe to say I think there’s a kind of institutional conservatism that needs checking over there, or at least a bit of critical pushback. I wonder if people here, who had overlooked those conditions, were nervous that I’d find that out.

What is the significance of the defaced poster of Emmanuel Macron and Macky Sall?

So the defaced image of French and Senegalese presidents Emmanuel Macron and Macky Sall, is basically me borrowing an act of vandalism I saw in Dakar. I was in town a few weeks after election and there were still loads of roadside election billboards up. All across the city you could see that people had thrown paint over them to cover the images. I started to appreciate them for the formal qualities. They really looked like experiments in gestural abstraction.

Now, I’m not sure the exact reason for the thrown paint. The foreigners instinct is to cry vandalism, but it might have been something less sensational, and more to do with a standard procedure for obsolete billboards once official rental time runs out. Nobody seemed to know. So I suppose what I’ve done is use it as a way to underscore (in an emphatic way) the critical perspective economist Ndongo Samba Sylla has on the transnational relationship between France and Senegal, to make a visual reference that’s easy to read at a glance. In other words state-to-state relations between the countries are still fucking people over, and despite everyone banging on about ‘decolonising’ everything under the sun there’s radio silence about the exploitative conditions of the CFA franc.