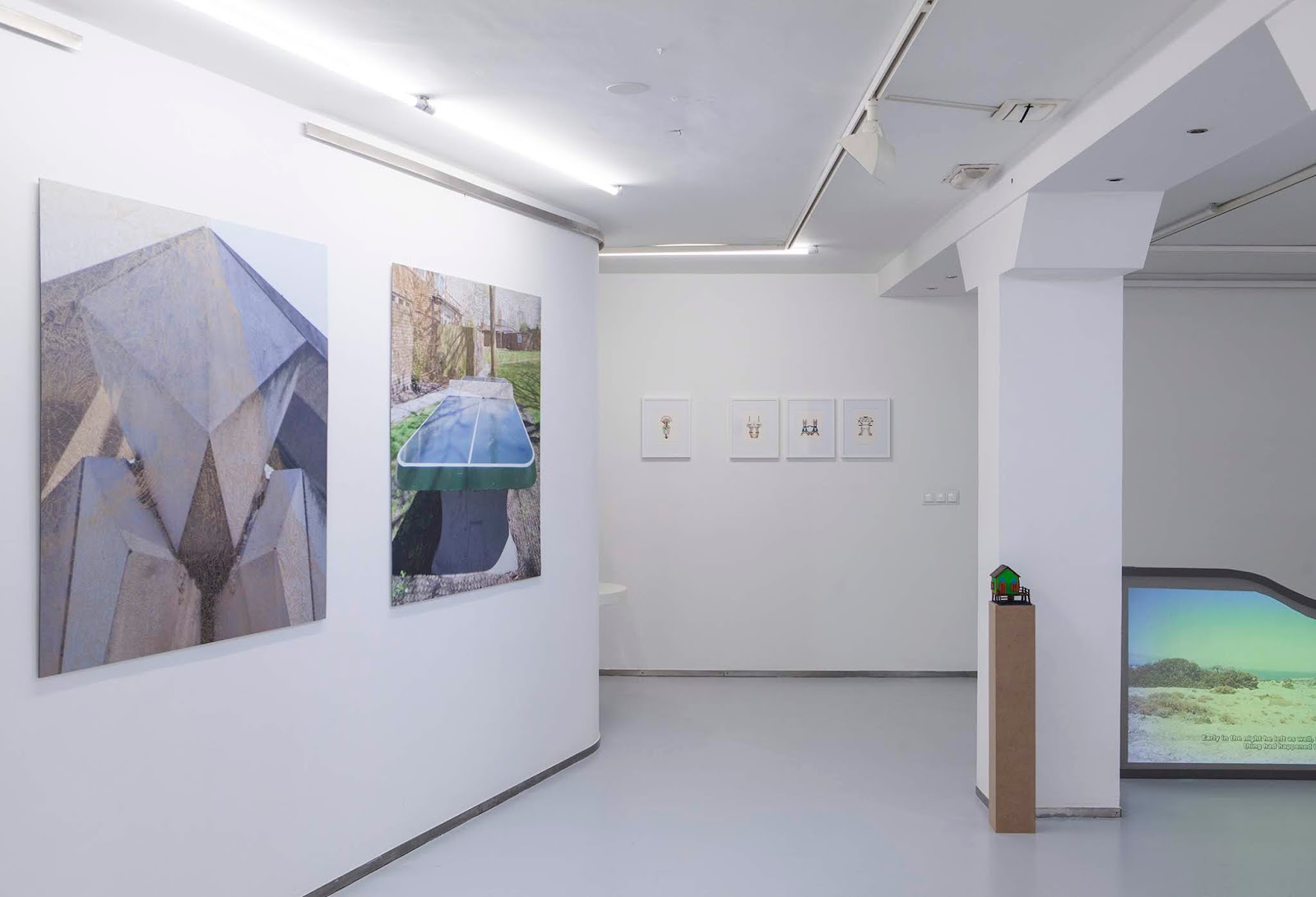 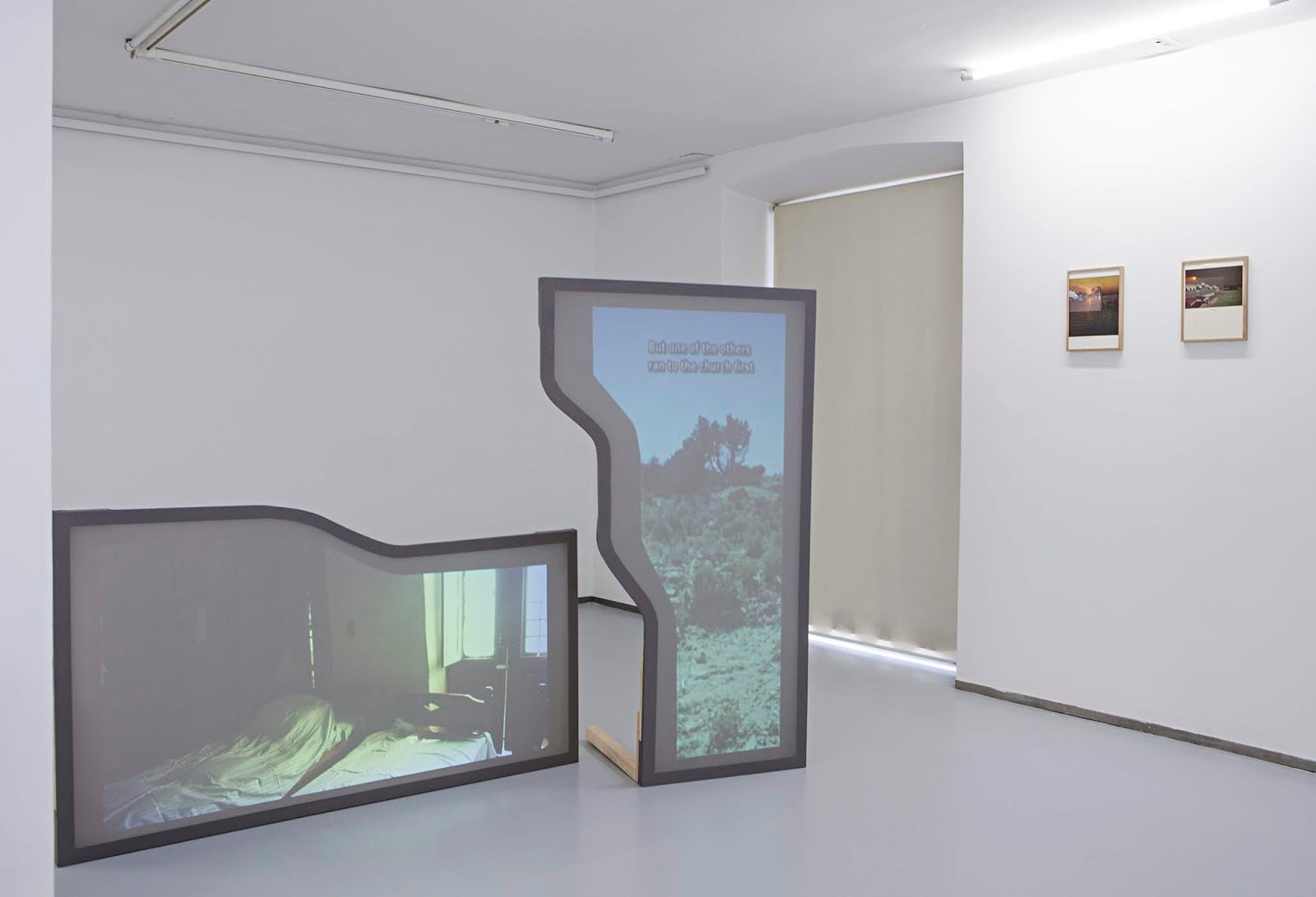 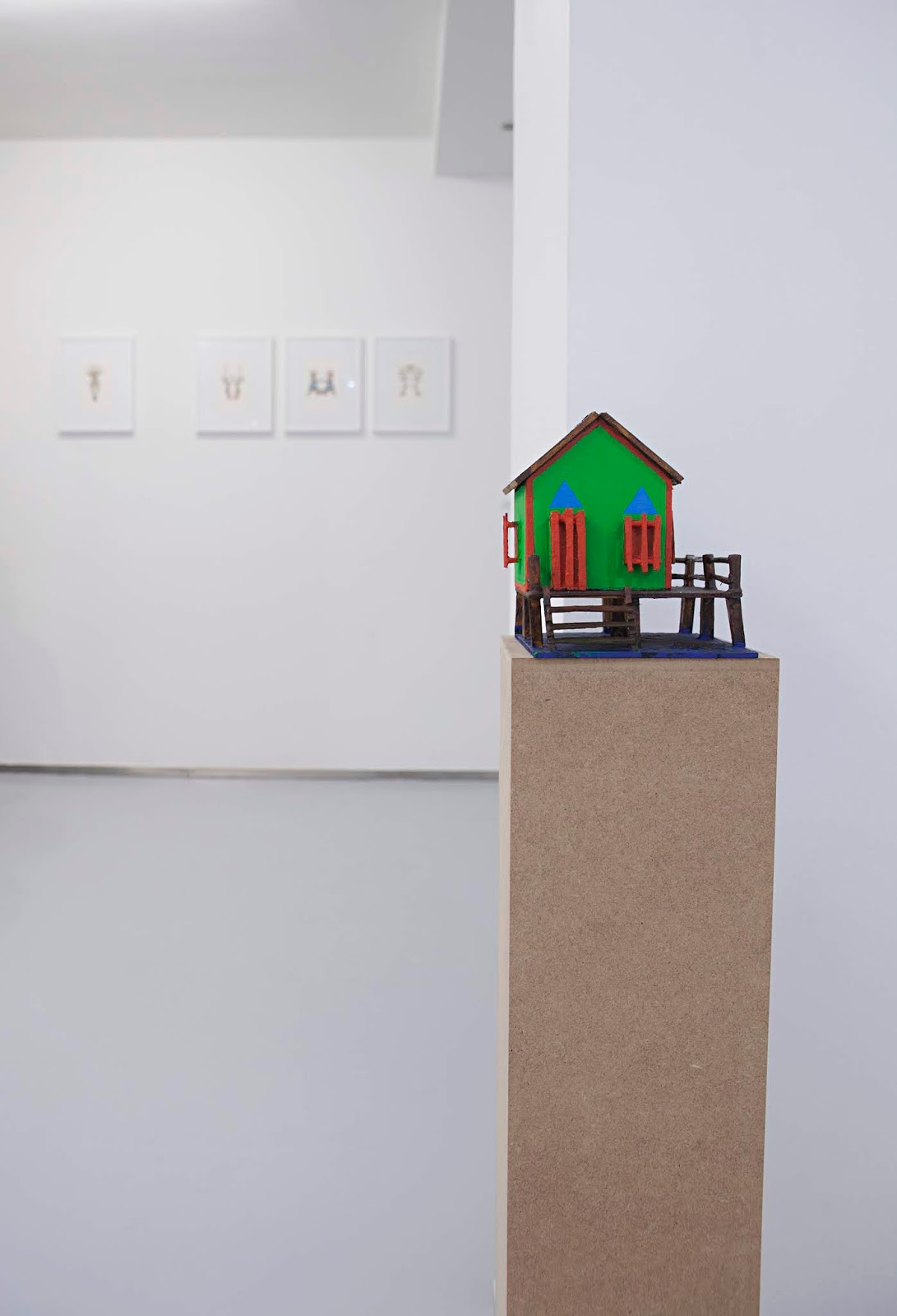 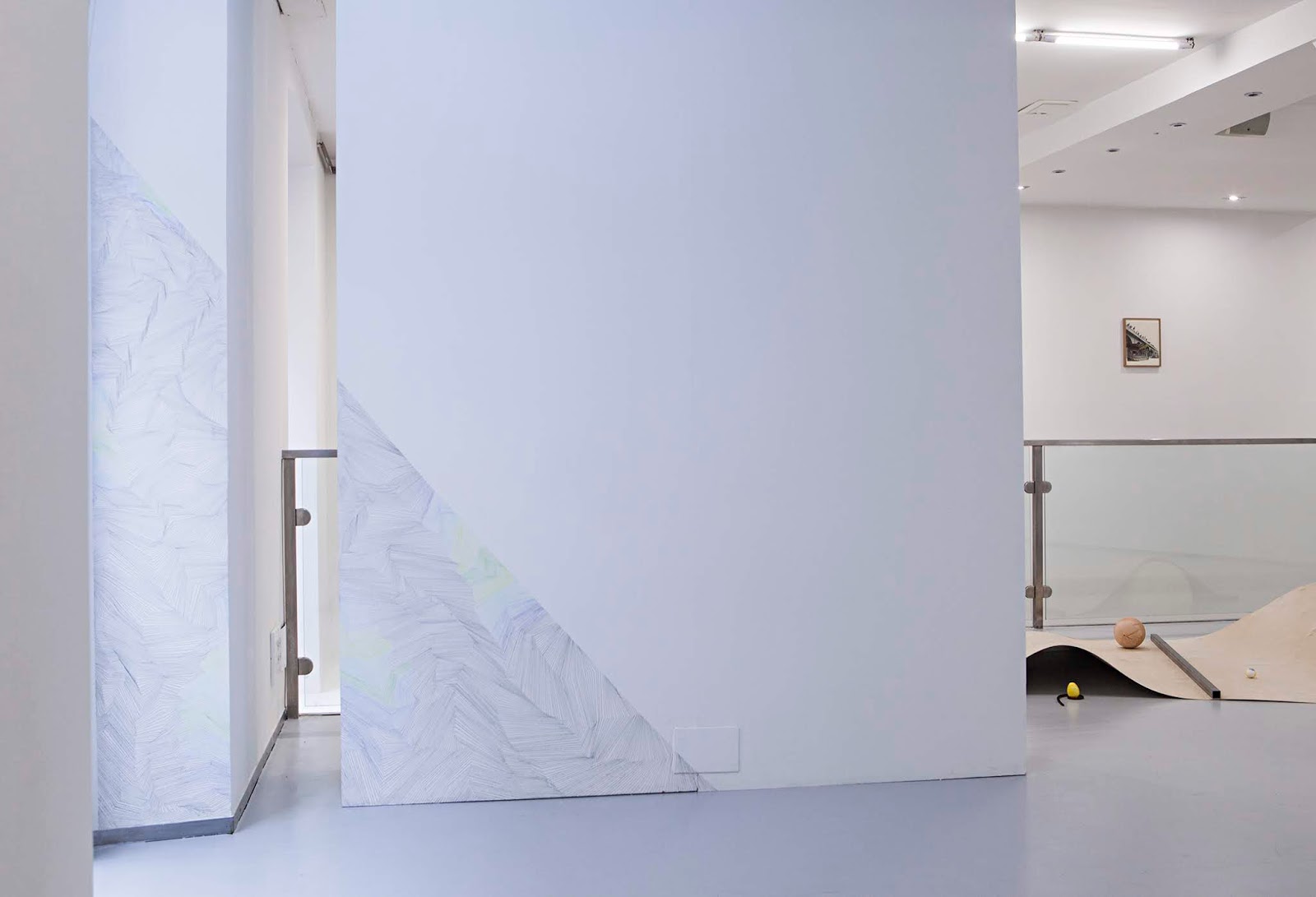 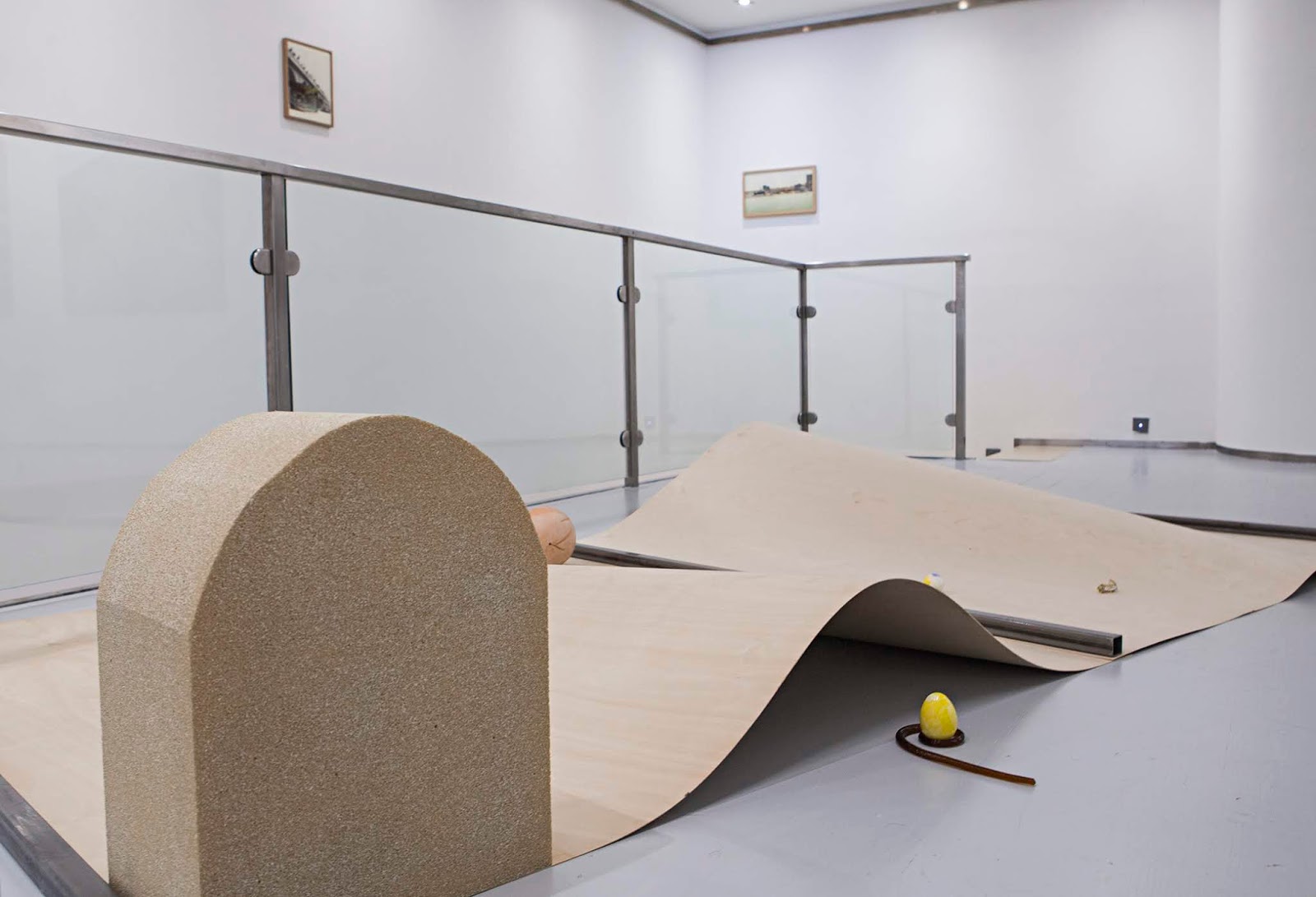 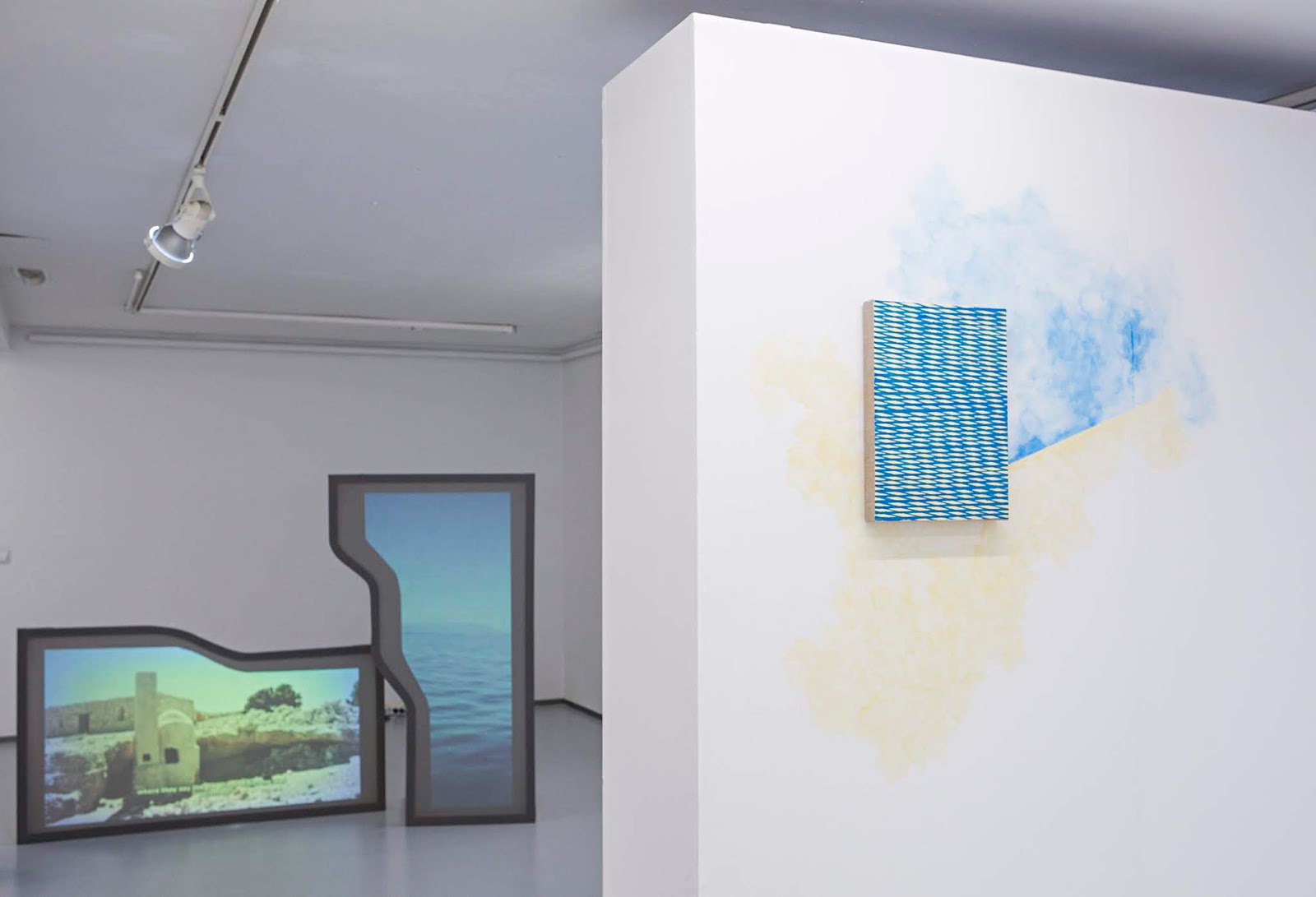 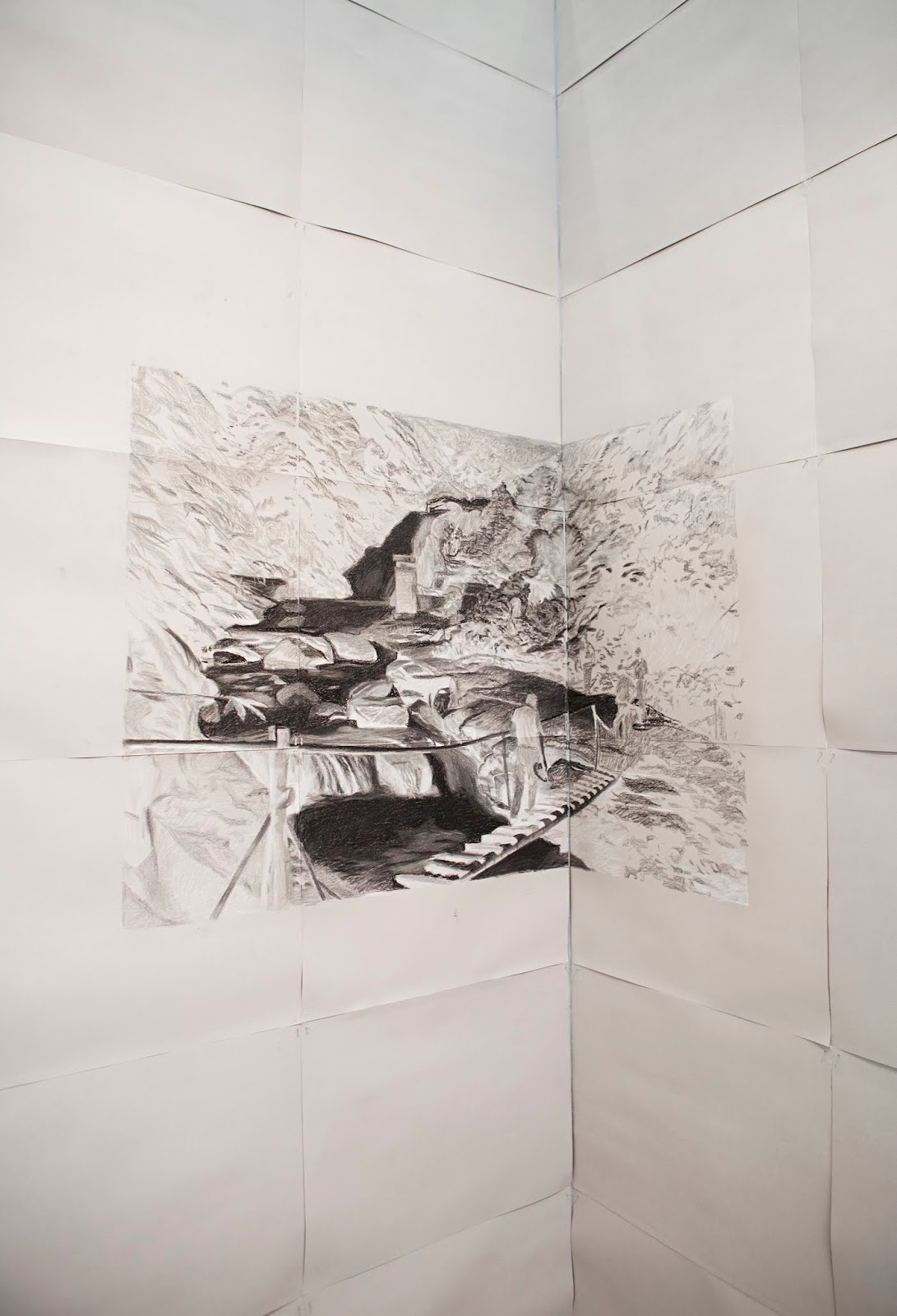 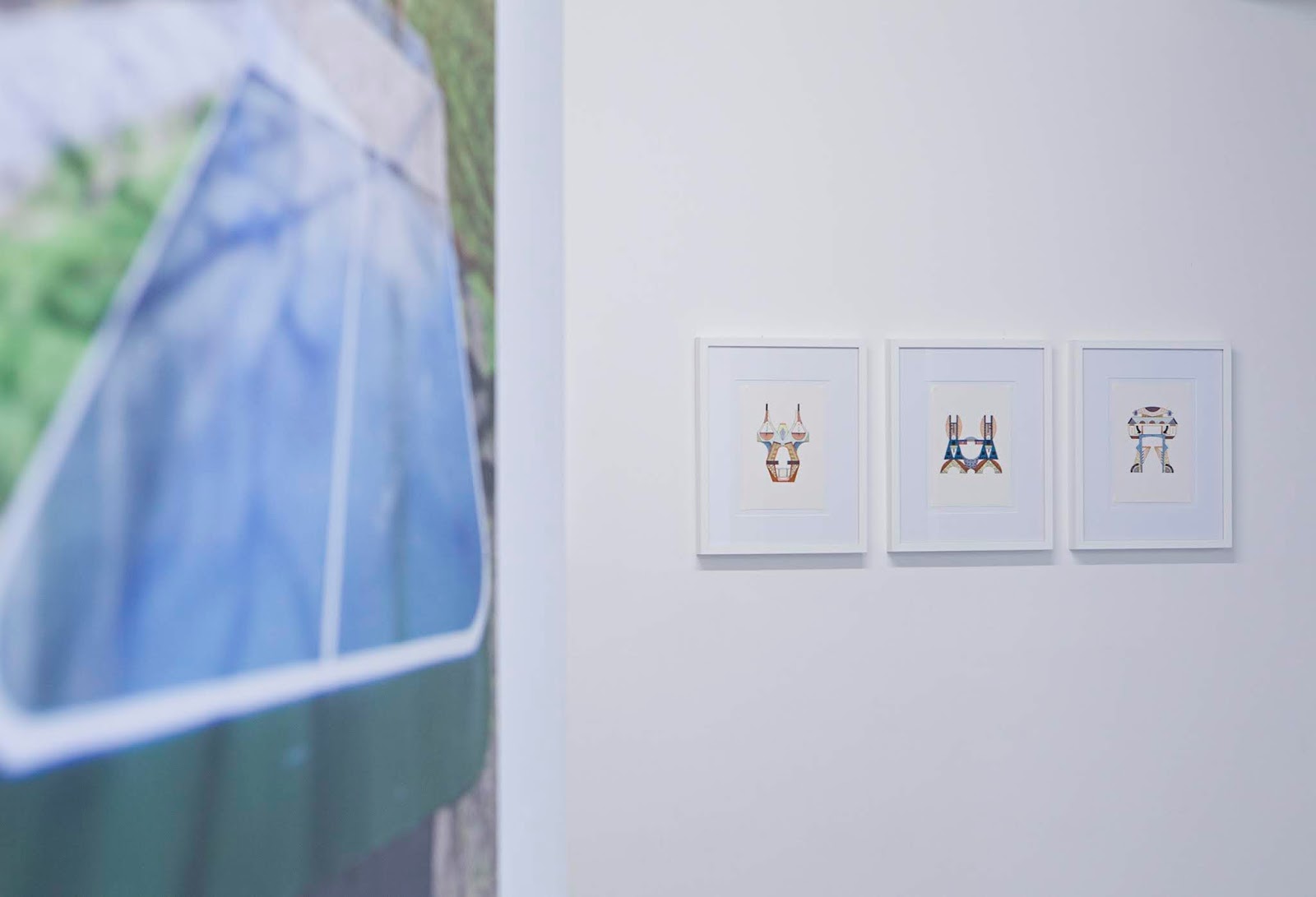 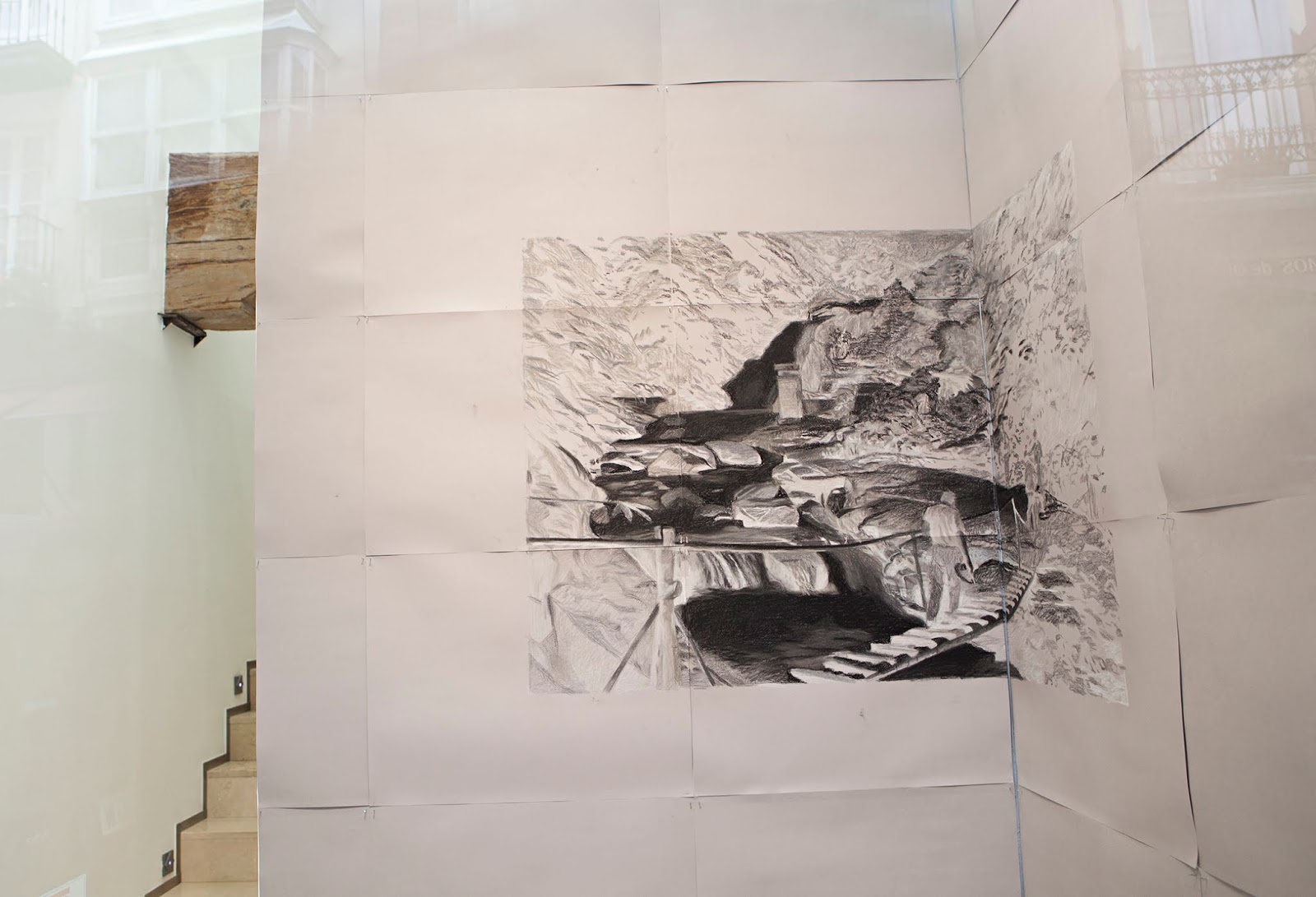 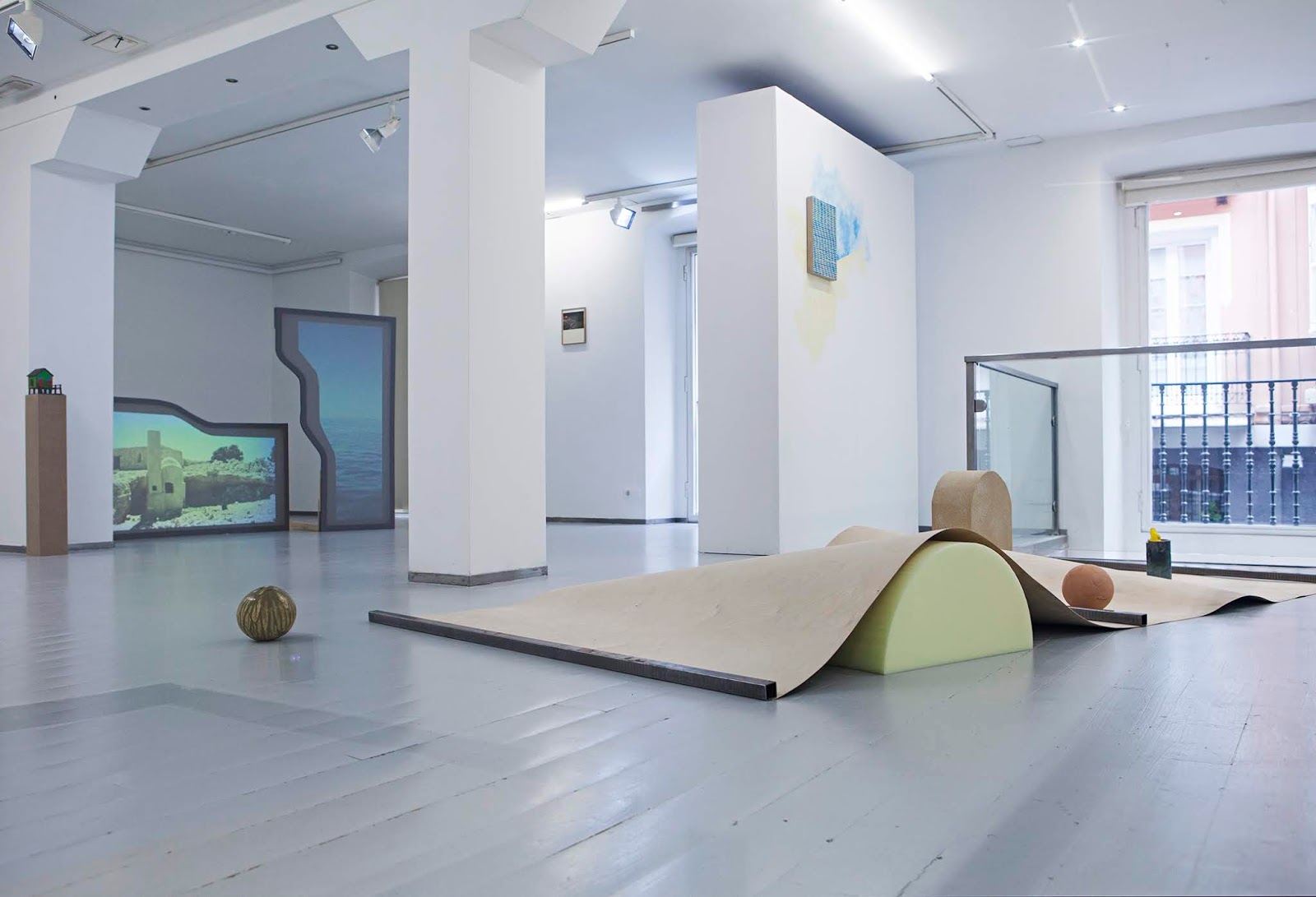 Espacio, luz y orden (Space, Light and Order)
“Space, light and order. These are the things that men need, just as much as they
need bread or a place to sleep”. Le Corbusier

The modifications made by men in the natural space are quite diverse and they sometimes create visual icons within the landscape, even making us wonder the reasons why we feel attracted or rejected by them.
From the structures that govern the lines of a generalist architecture to the ones that configure habitable structures made by and for man, the conversation that arises when applying urbanism to natural landscapes is what interests Antonio Franco (1961, Cali, Bogotá), who uses it as an inspiration for his drawings. His research focuses on the creation of water dams in the middle of natural landscapes, an activity that had a period of maximum apogee but some of whose products are nowadays not even in use anymore. These urban structures within the landscapes succumb to the architectural, considering the visual modification that they generate in it. Occasionally, we are faced with Smithson’s idea of “pre-ruin”*. The urban and architectural construction is key in the practice of Amba Sayal-Bennett (1991, London, United Kingdom). In her works, she combines the visual with the experience and the language, composing new structures by extracting fragments of elements from our daily life. She studies their origin and converts them into new structures that are both symbolic and linguistic.
Stefania Zocco (1980, Modica, Italy) intervenes the exhibition space using technical drawings and its suggestion towards linear structures, to create modules generated by the incision of the rays of the sun in the internal architecture of the gallery, transforming a precise place within the gallery space. Through the effect of lighting, these works have different points of interest rather than just the permanence in the space. The drawing itself, paired with the real sunlight, varies depending on the specific time in which it is observed.
These new architectures are also the ones Marco Montiel-Soto (1976, Maracaibo, Venezuela) creates in his series Maracaibo Monumentale, where, as a result of the investigation with images, he intervenes traditional landscapes. The natural environment of Maracaibo is contrasted with transparencies of the Imperial Rome in a three-dimensional way, with which he conceives new architectures, generating an unusual landscape. With these dream-like images of the environment, Montiel-Soto introduces us into a different representation of History, posing questions such as: What would the situation be if these civilizations had arrived in America?, or What kind of similarities are there between the fall of the Roman Empire and the collapse of what is now a county like Venezuela?
The natural landscapes are also present in the work of Cristina Mejías (1986, Jerez de la Frontera, Spain), who along with an archaeologist delves into the world of the excavation. The Host and The Ghost is the result of the meticulous exploration of the occult, where the confusion between the desire to know what we have under our feet and the fear of the unknown is generated. Going back again to the man’s figure and his social interaction, that fear present in the strata of the landscape occurs simultaneously towards the suspicion of the occult in the others.
*Robert Smithson coined the term “pre-ruin” to define the relationship between the dissolution of energy inherent in all elements, including the landscape.
Tags Amba Sayal-Bennett, Antonio Franco, art gallery, Cristina Mejías, Josedelafuente, Marco Montiel-Soto, Santander, Stefania Zocco
Newer Post Older Post Home