Interview: A conversation with Christian Siekmeier from E X I L E / Vienna 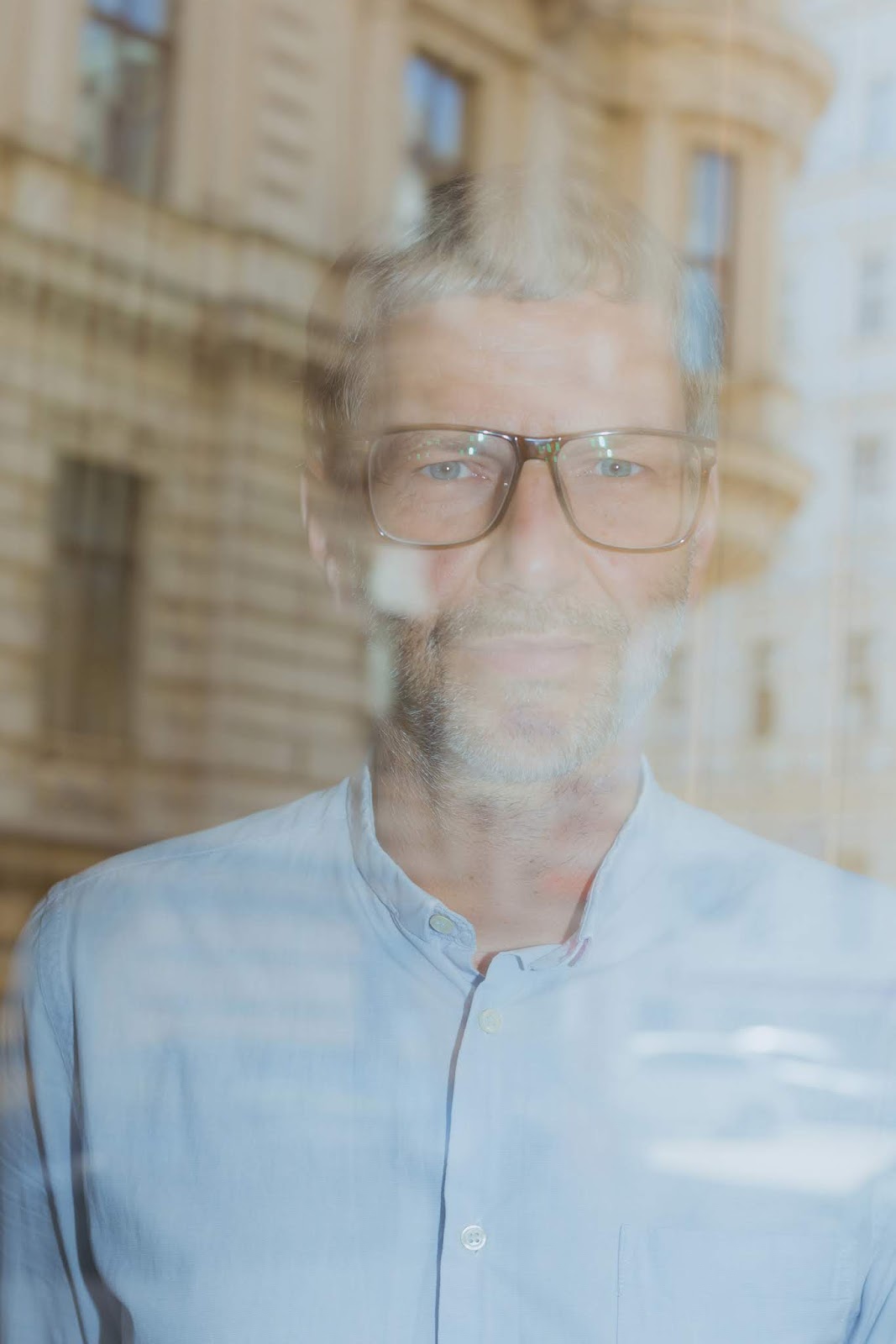 Tula Plumi: Christian you started EXILE in 2008, in a garage in Kreuzberg. Today EXILE is located in Vienna’s 1st district among many museums, galleries and sightseeing attractions. Can you tell us about this transition?

Christian Siekmeier: From the beginning, continuous transformation was a core factor of how I understood E X I L E’s identity. The name, with all its complexities, insufficiencies and inherent difficulties, remains programmatic and includes a certain temporal fragility and spatial restlessness. So since opening in 2008, E X I L E has moved, has transitioned, on multiple occasions from one context to the next. We found ourselves in a garage, a raw loft, an abandoned office space, a white-cube, an apartment and now in our current sauna-esque space in Vienna. E X I L E needs this transitionary state to remain relevant and alert. 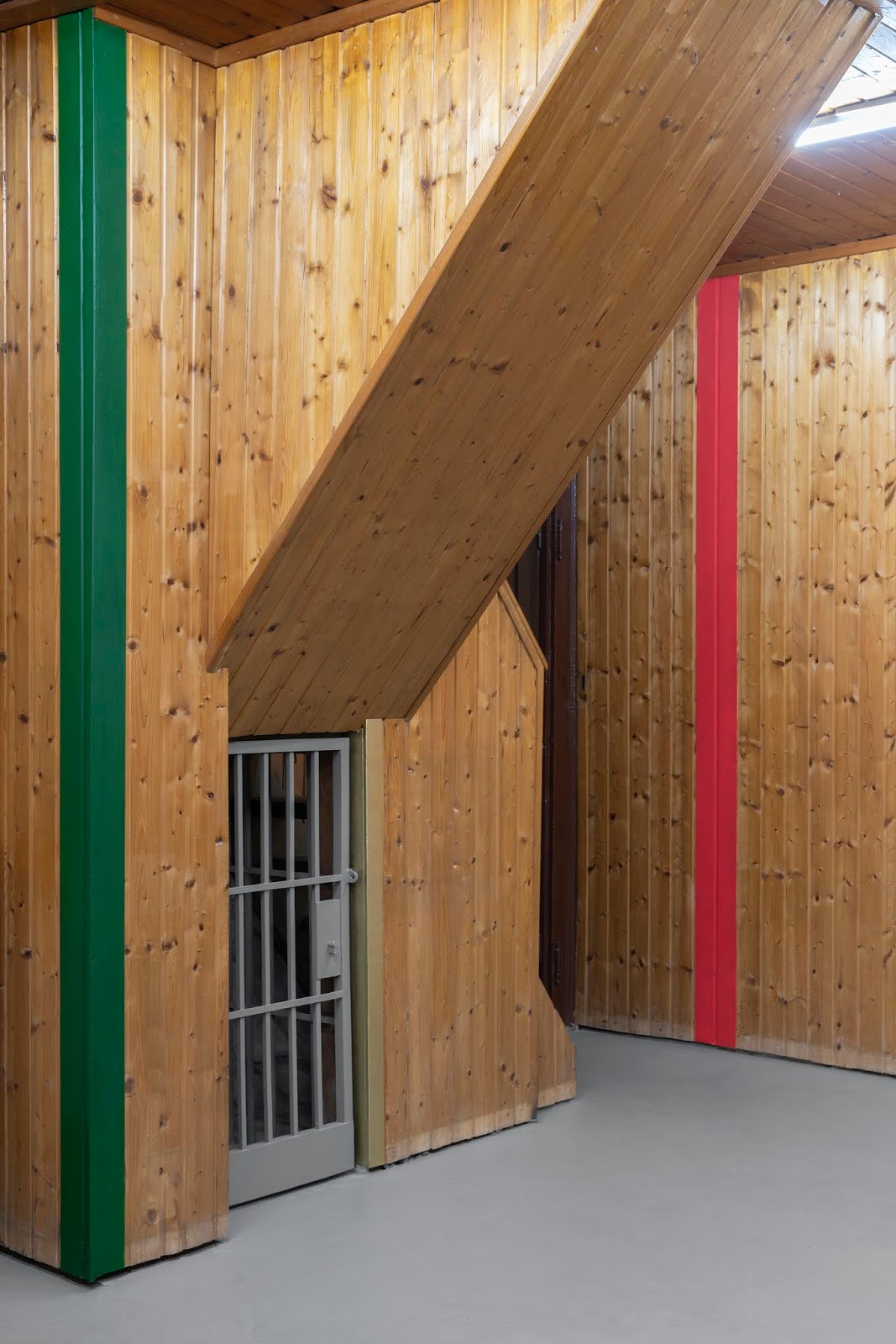 
TP: Why did you decide to leave Berlin after 10 years?

CS: The move from Berlin to Vienna was first and foremost motivated by love. In terms of E X I L E, our last Berlin space, a renovated apartment in Berlin’s Potsdamer Strasse gallery district, began to feel too static and comfortable. There was a lack of rupture, of tension between the space, its location and programmatic definition. I used E X I L E’s ten-year anniversary last year to return closer to the settings and agendas where it started from - a less defined and coded, more raw and anarchic space that is likewise less assimilated in ruling definitions of art world regulatory procedural codes and capital-centric agendas. 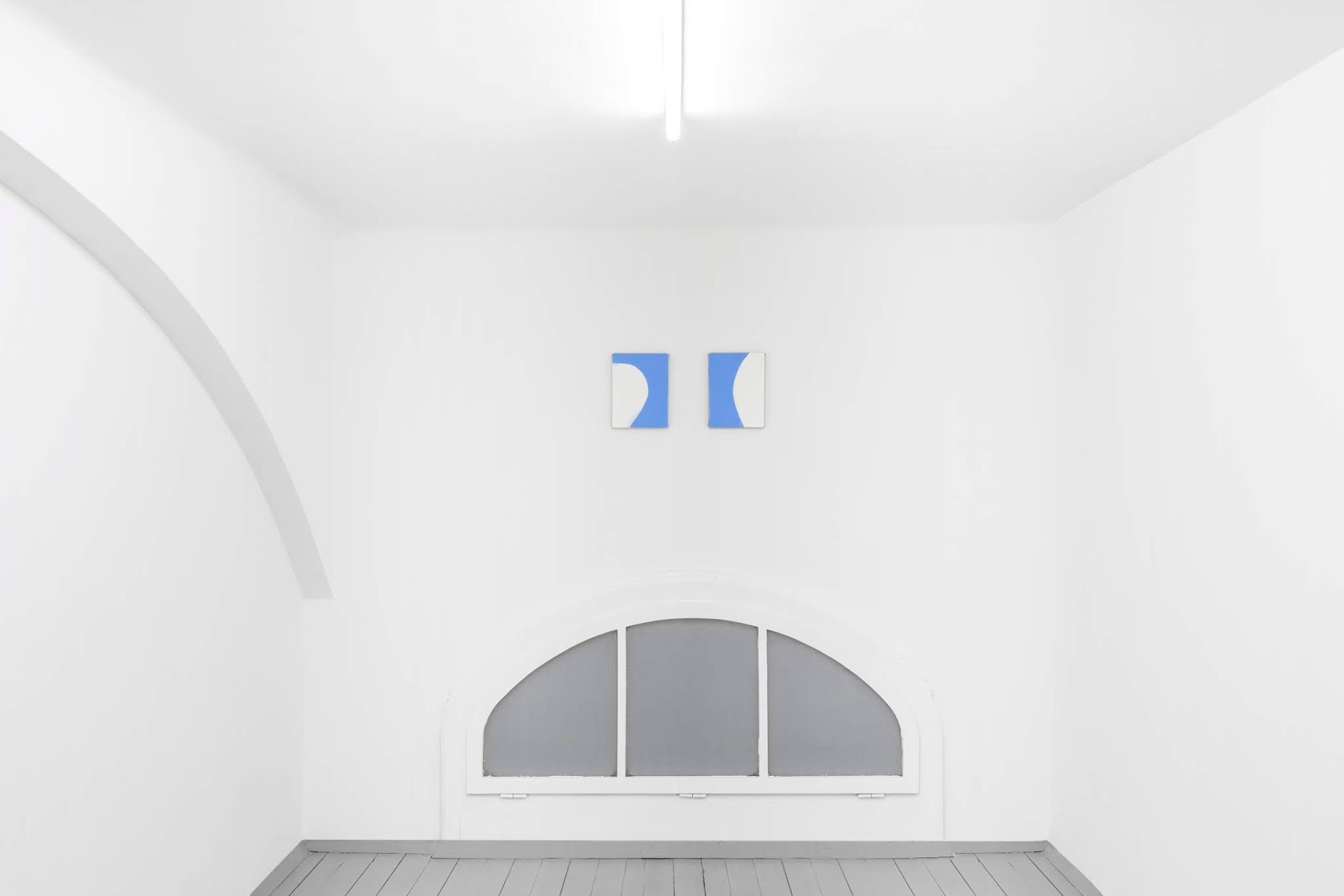 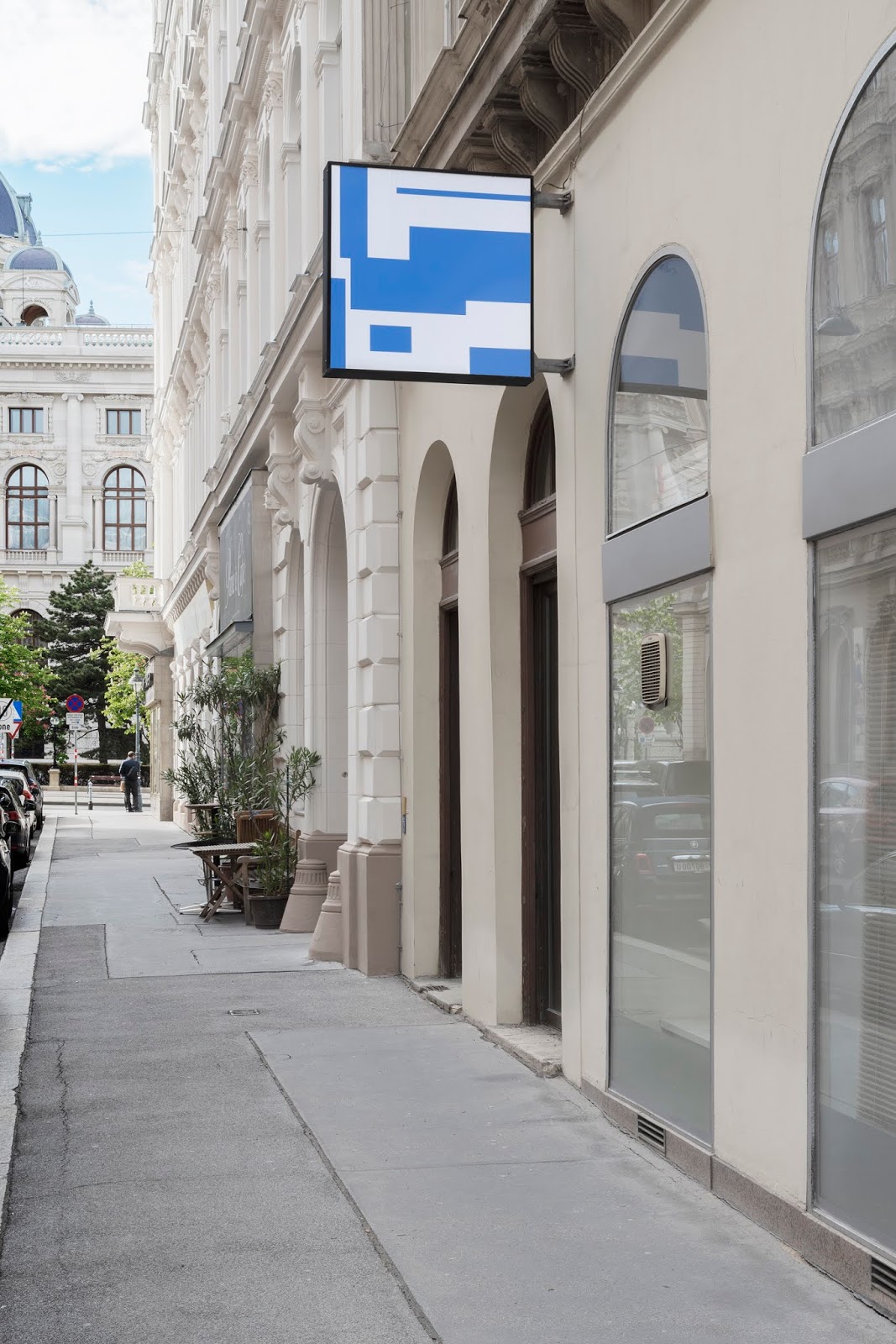 TP: Tell us about your new location?

CS: E X I L E’s new space here in Vienna was a coincidental find. It was seemingly forgotten about and with its unique appearance and specific history somehow being relational to E X I L E’s identity and agenda. With the ground floor space being completely clad in wood, it is more reminiscent of a sauna, a youth club, a Trachtenverein or your parent’s party basement. For the past 4 decades, it functioned as the office of an unnamed Russian, a very social person and a heavy smoker, well known and respected in the neighborhood. According to stories told to me, his office was a kind of communal smoker’s lounge, a social space for conversation and engagement, all while smoking a tschick (Viennese for cigarette) and collectively inhaling nicotine in an almost ritualistic way. The wooden walls, infused with infinite amounts of exhaled smoke, are not only an imprint of the Russian’s lungs but of all the stories shared within. For me, the space translates into a lifetime told through smoke.
From a corner within the wood cube, a small curvy staircase leads up into the first floor. Here, one enters two same-scale rooms with a bizarrely low ceiling height of just two meters. Suddenly, one has transitioned from the weird, wonderful wooden cube downstairs into an almost filmic miniature version of a megalomaniac white-cube, a shrunk 7,5th floor mini blue-chip space, seemingly straight out of Being John Malkovich.
Entering E X I L E is like entering a time and space capsule, a gallery that is a gallery that simulates being a gallery. The spaces fail at fulfilling a conventional gallery’s representational aesthetic while opening the view to something else. One has to accept these failures and can now immerse oneself with the art on display without previously assumed conditions.
Finally, there is the architectural tension between inside and out. The wooden-space with its odd, somewhat oppressive appearance mimics the themselves historically oppressive facades of Vienna’s imperial first district. Faded glories define the inside-out. No rules apply to this space. It can transform into anything an artist envisions. 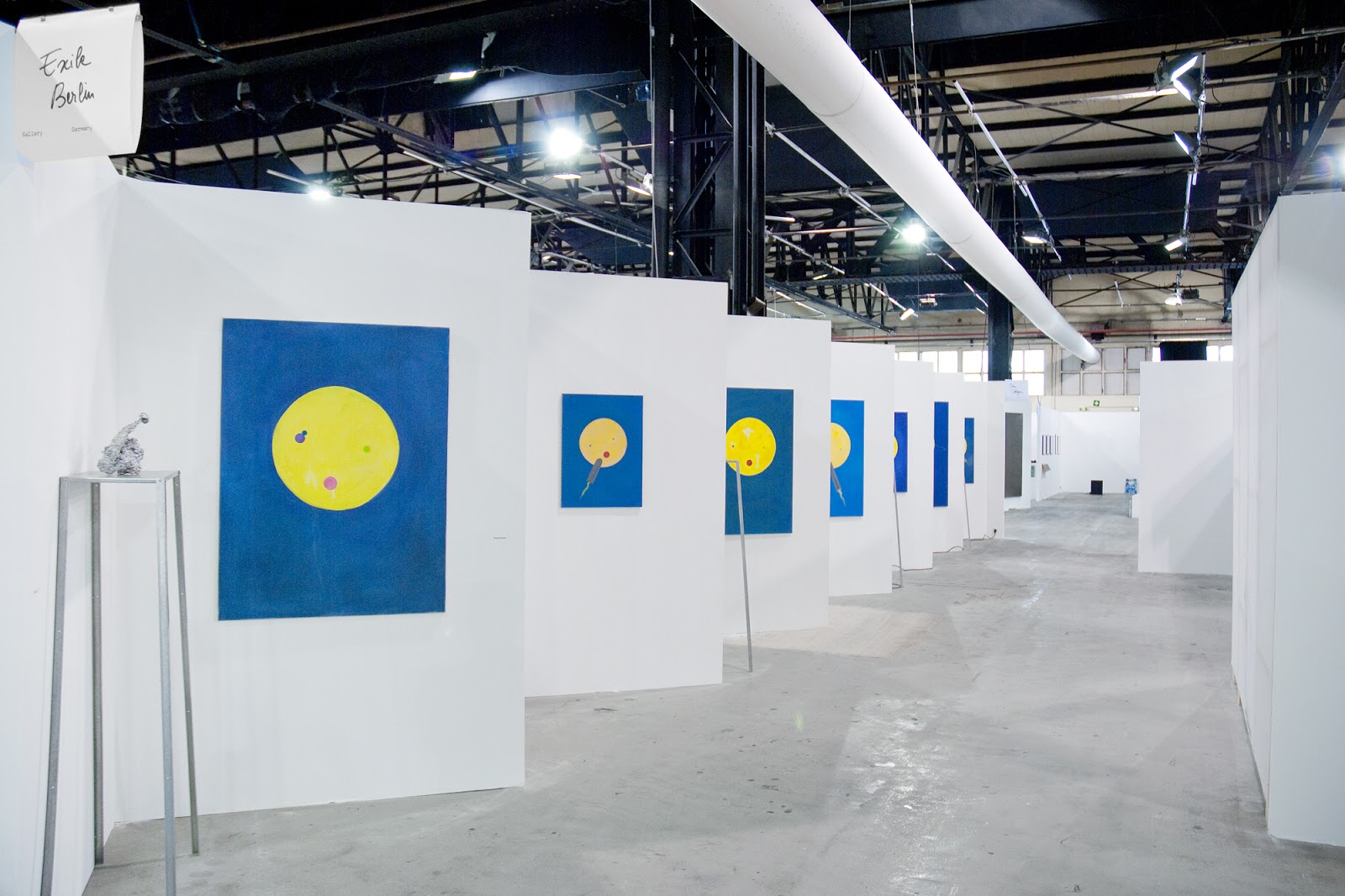 TP: How is your experience in Vienna going so far? What are the differences between the art scenes of Vienna and Berlin?

CS: As I moved predominantly for love, it feels great and helps reduce my carbon-footprint on board endless easyJet flights between Vienna and Berlin. On a professional level, the reception here in Vienna was overall rather positive and the audience very welcoming, active and engaged. To compare the two cities or their respective art scenes may not be too helpful as they have very different roots and face distinctively different local challenges. 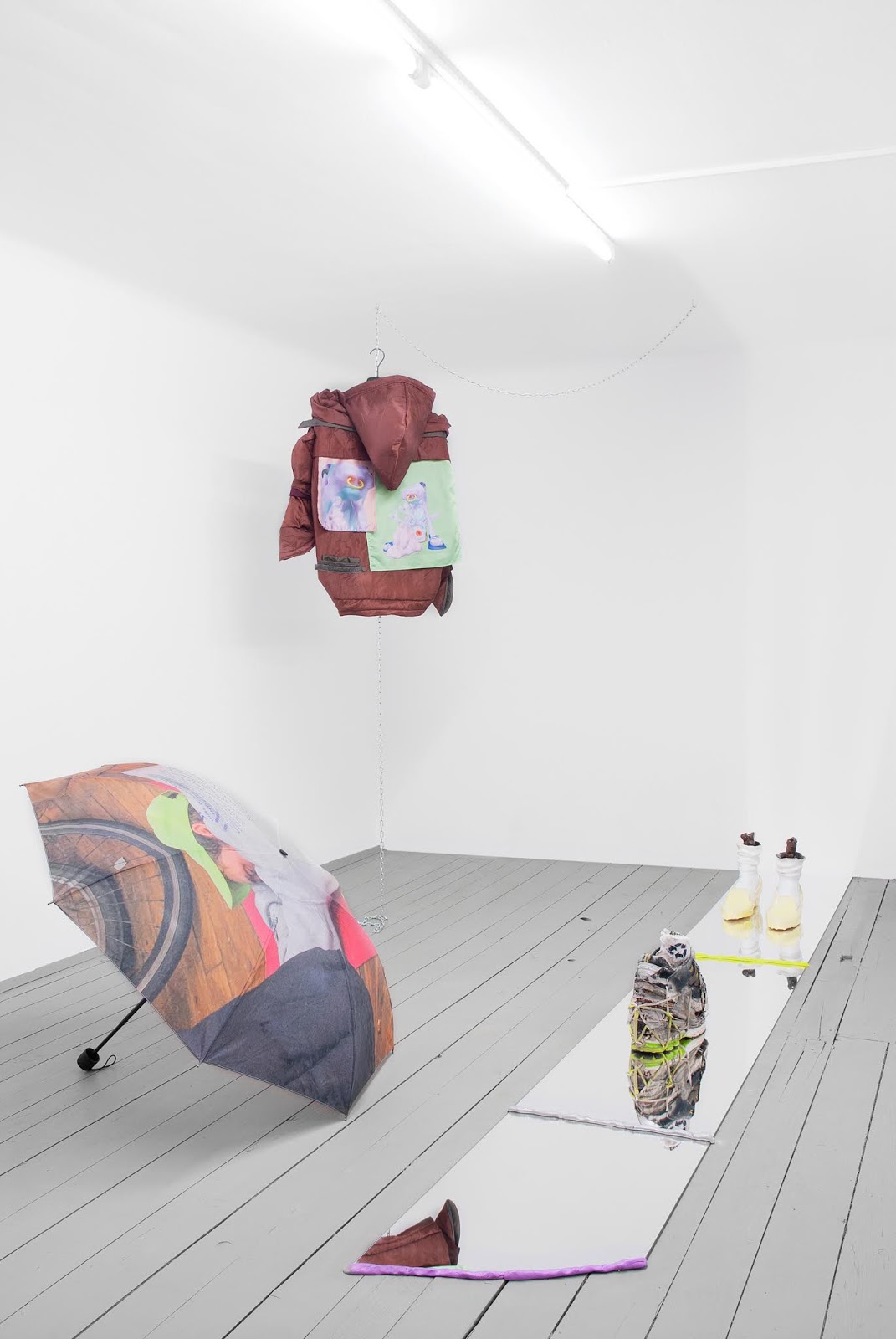 TP: Your current show is a solo show by the Belgian artist Philippe Van Snick. Can you tell us more about it? How did the artist interact with the gallery space?

CS: The current exhibition by Philippe Van Snick, born 1942, is entitled Overgangen. All works were created for and in response to the space and in a sense the exhibition forms a contemporary continuation of Van Snick’s retrospective curated by Krist Gruithusen in 2016 at Grazer Kunstverein.
In the mid 1970’s Van Snick assigned ten colors to a previously developed numeric system. Eventually, in the mid 1980s, he added not an eleventh color, but a +1 color to his systemic regiment. This self-inflicted limitation of solely working with a 10+1 color palette turned into a creative explosion and paved the way for an enormous oeuvre that is as rigid and conceptual as it is playful.
For Overgangen, Van Snick distilled three distinct shapes out of the space’s architectural specifics: the square shape of the outside light-box, the vertical lines of the wooden walls and the arches found in walls and windows in the upstairs space. For each of the three shapes - square, line and arch - Van Snick specifically created works within his artistic agenda.
The outside light box, found already attached to the building’s facade by the previous tenant, shows two graphics, that are drawn in light-blue and black on white background. Black, being one of his earlier ten self-asigned colors, and lights-blue as his additional +1 color define for Van Snick the bracket around his work and life, a kind of dialectic of light and dark, of day and night, of in and out.
Within the wooden space, Van Snick created a site-specific intervention by selecting ten parts of wood to be painted each in one of his original ten color palette. Titled Temperature Raising, it is a painted immersive collage that becomes activated by a viewer, who as a participant finds herself within and in relation to the walls and painted spaces.
For the upstairs space, Van Snick created a set of small-scale paintings. These ten diptychs each feature an arch painted in one of his ten colors with the +1 color being the background in each of the pieces. Overgangen, Übergang or Transition is at the core of any two colors that meet. Yet it can happen in endless different ways from a hard border-like division to a softer overlay or merger.
Van Snick’s solo exhibition Overgangen presents a subtle investigation of what such transitional effects can mean within the artist’s particular practice, for the viewer and also for social and political conditions itself. 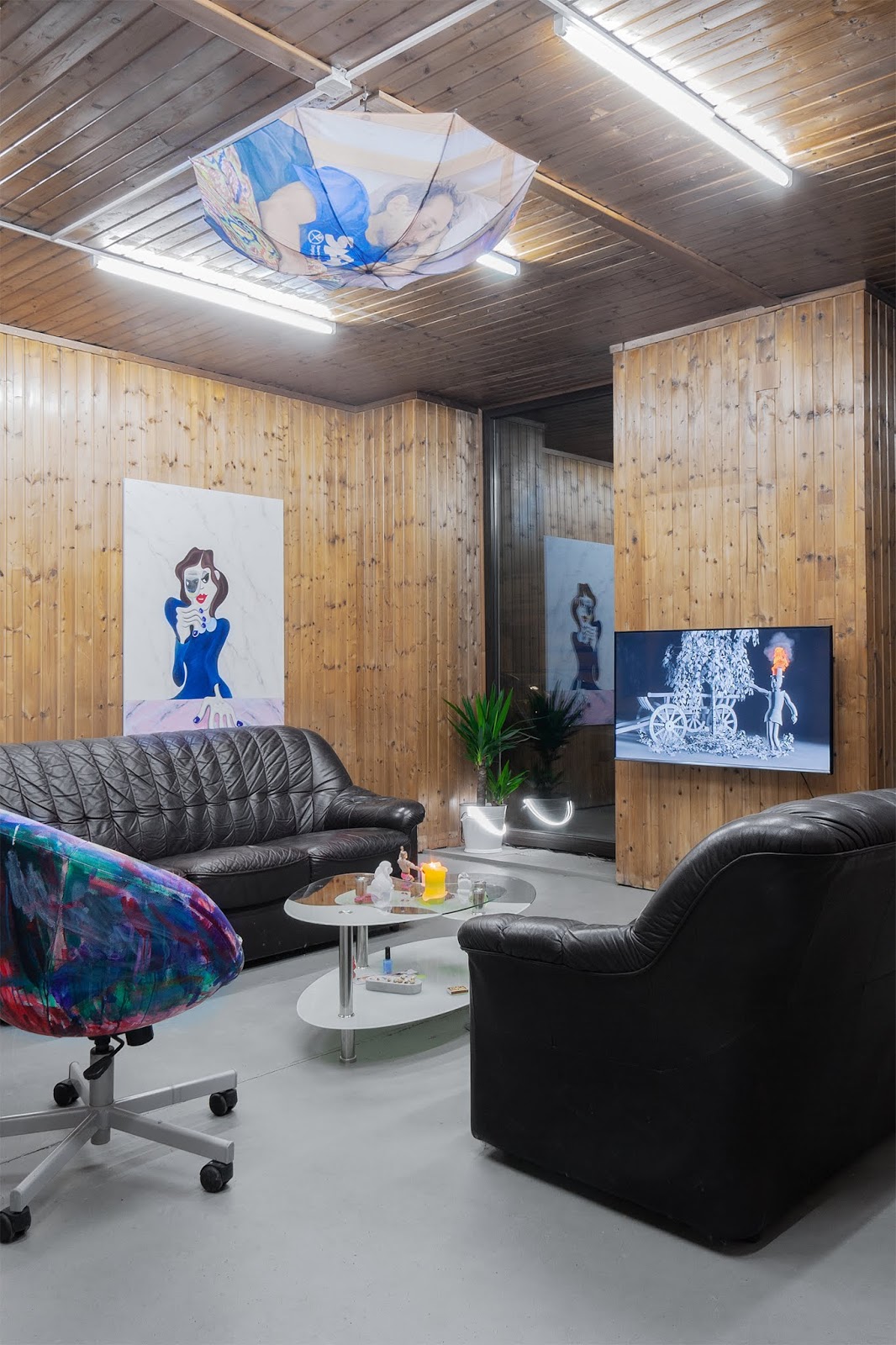 TP: Recently you participated in artgenève and just before that, in Art Brussels last year. How does it feel like for a small or young gallery to participate in artfairs?

CS: Over the years E X I L E has participated in a few fairs, from LISTE Basel to Frieze London to Art-O-Rama Marseille, yet I never felt it is quite the right condition for myself, the artists or for EXILE’s identity. But I was fed the golden carrot’s urgency of having to participate to get, well, anywhere. Participating in fairs is not unsimilar to being hooked to a bad obsession, either a toxic relationship or an addictive drug. To me, the classic fair model symbolizes the exhausted realm of fake exclusivity, exclusion and excess. But it is essential to define and distinguish between the globally operating corporate capital-gains fairs and more alternative or specialized fair models. Comparing a fair as Art-O-Rama to Art Basel would be like comparing a small passionate art space to a global art consulting empire. Yet many even more alternative models, follow rather elusive insiderist, in-transparent policies that would most likely be considered problematic in other regulated business environments. I do believe fairs need to take responsibility for their actions, educate their audiences and return to contend and social relevance over speculative profit. 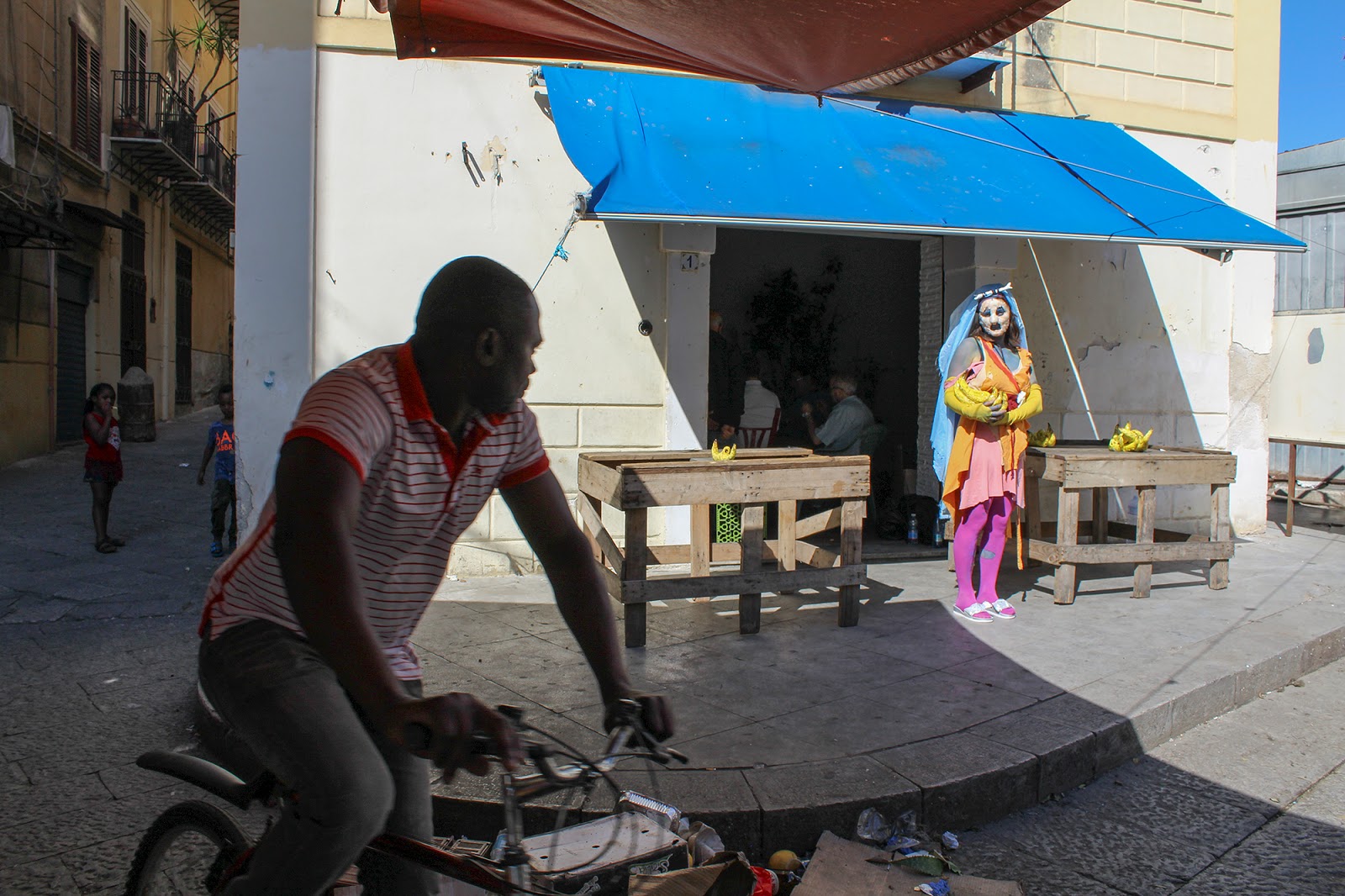 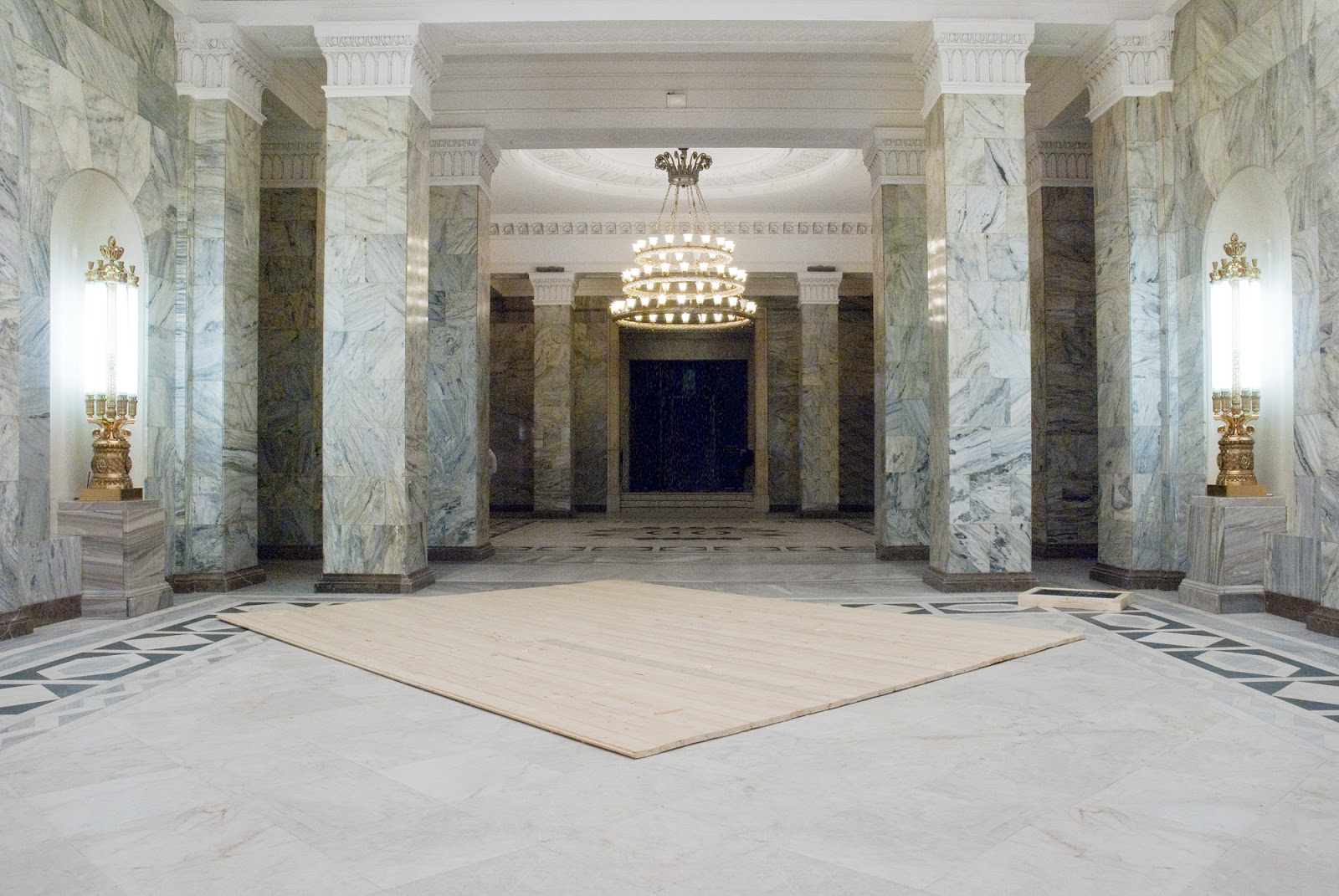 TP: Did you have any interesting studio visits lately?

CS: During a recent studio visit in London, me and the artist asked ourselves if in fact our interest in one another came truly and independently from within us or if it was an algorithm who at least guided our attention to one another. We did have a great studio visit, yet we both acknowledged that the corporate webs of a Zuckerbergian algorithm seem to watch over us. A somewhat harmless yet equally troubling 1984-esque automation of taste. 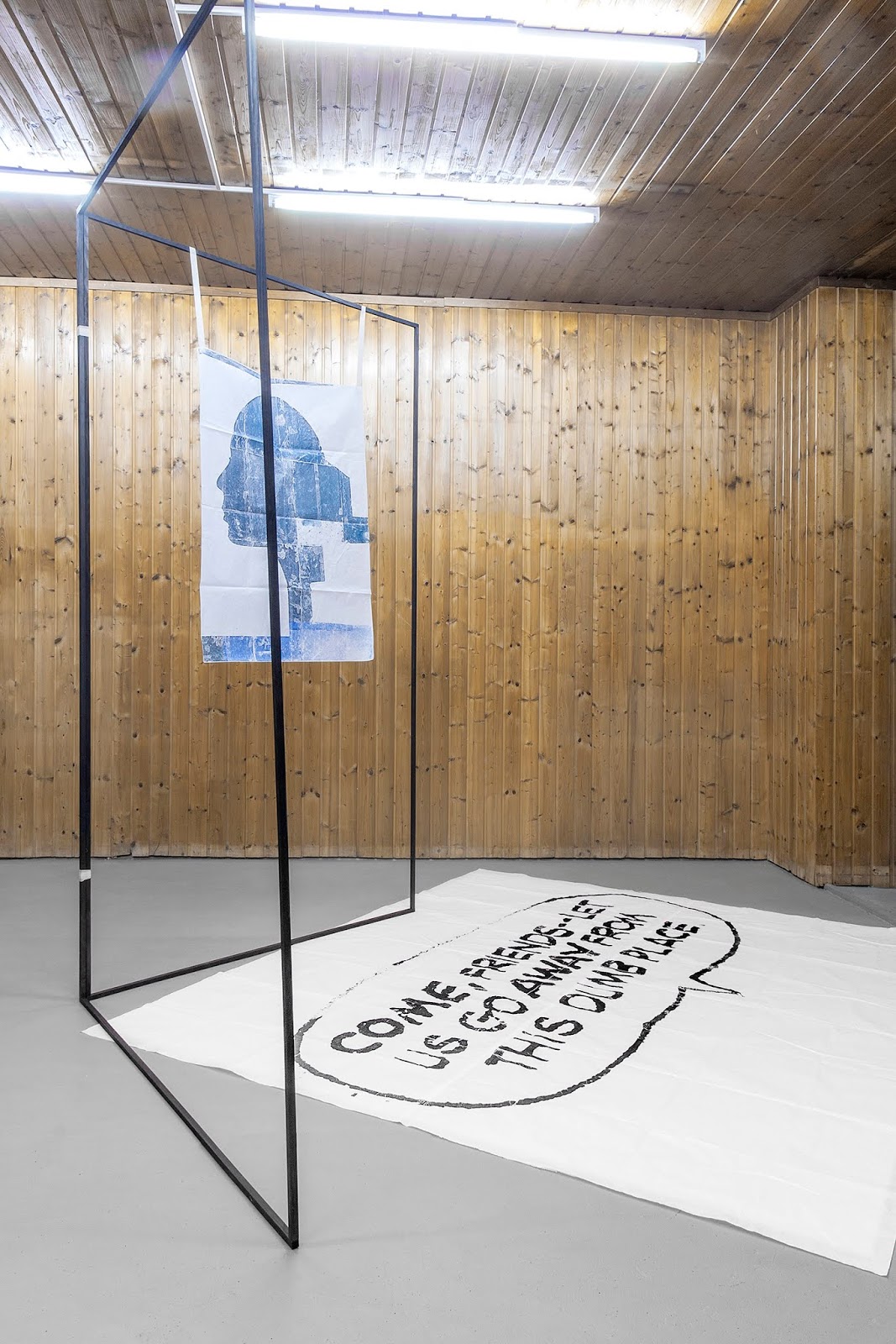 CS: E X I L E’s program follows a DNA-esque double helix, a non-ageist approach between solo and collective group exhibitions. As simplistic as it might sound, but my focus is to continue E X I L E and develop its niche. Similar to our current exhibition and the creative process of Philippe Van Snick, it feels liberating to turn away from many excess and access baggage and calmly focus attention back on creative engagements, studio visits, exhibitions and life in and outside the creative realm itself. Together with a few offsite projects, maintaining independence and working with and within the specifics of E X I L E remains my sole focus. 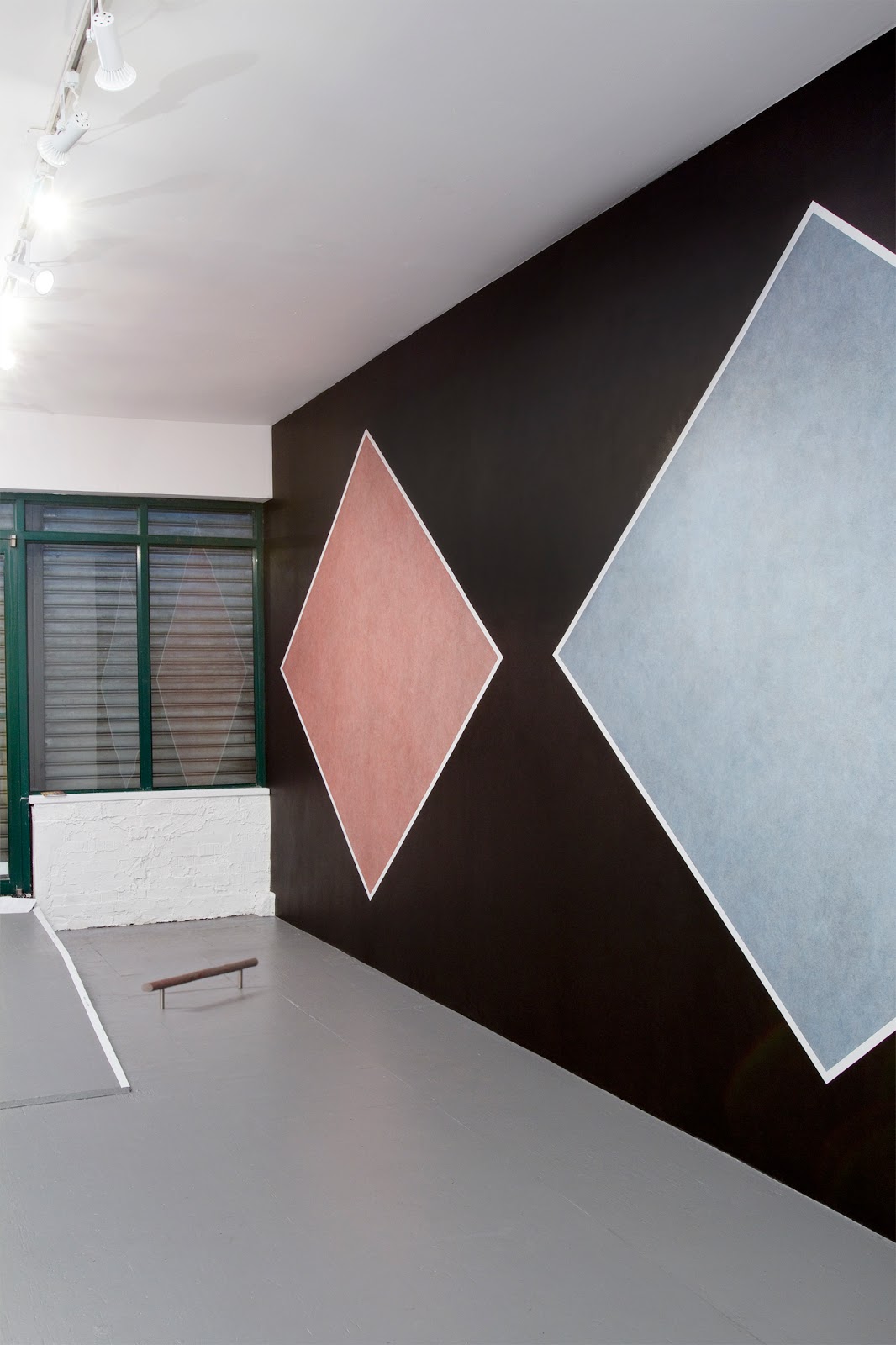 CS: I remember walking around Union Square in New York with an artist friend and both us us feeling bored by New York’s turn to lame, bland corporatization, especially in the art world. We really believe it was already the height of the blue-chip gallery monopoly snooze, the peak of homogeneity, the lack of alternatives. That was in 2007 and of course little did we know how much further the art world can go down down the trail.
Living in New York in early 2008, my Alien with extraordinary abilities O1-Visa was due to expire, the smell of the upcoming capital crisis was somehow in the air and I decided to return to Berlin. My friends were all so energetic as Berlin still felt somewhat fresh and wanted to visit and do a show. So, pretty much with a metaphorical Starbucks cup in my hand, I rented E X I L E’s first space, while continuing to commute to NY to work as the in-house photographer for an Old Masters gallery that was in the process of a spectacular collapse. Thats another story though.